On the Trail: Modern Architecture in Paris

The city of Paris is widely known for having Belle Époque architecture, a style established between 1874 and 1914 during the Belle Époque era, around the time of the first World War. It presented a range of different styles as Paris was erected and continued to grow, such as Classicism, Neo-Byzantine, Neo-Gothic, Art Deco and Art Nouveau, all of which the city was famed for for a considerable time. Nowadays, modern architecture is a lot more common in Paris, especially in relation to brutalist, modernist, post-modern and high-tech building design. Today’s post goes into detail on this, and presents 3 famed buildings in the city that showcase a sense of modern architecture. 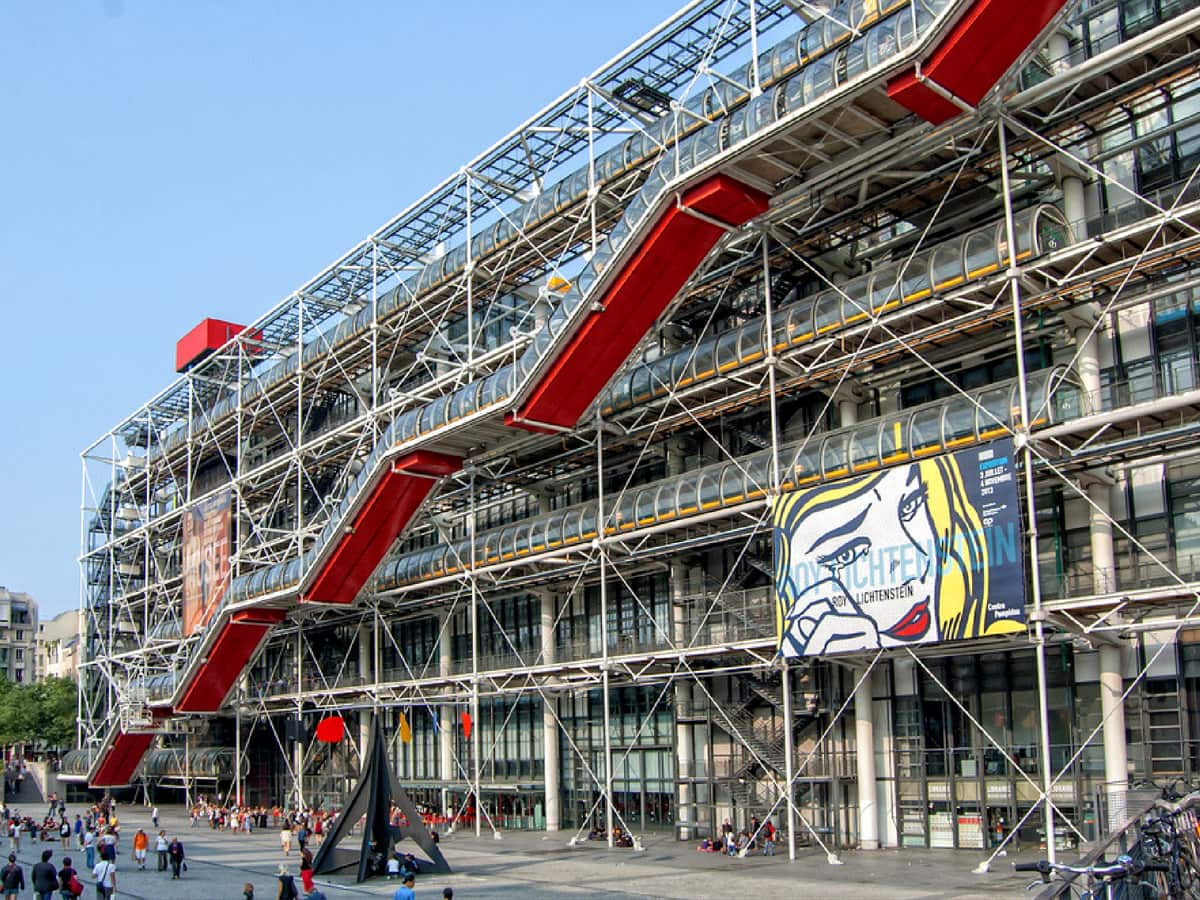 In 1969, President Georges Pompidou wanted a “multidisciplinary cultural center” constructed at the vacant site of Plateau Beaubourg. He wanted it to be of an entirely new type, showcasing brand new elements regarding its design. Designed by Renzo Piano, Richard Rogers, Gianfranco Franchini and several engineers, the radical design was created as a museum, to house exhibitions within a flexible interior.

Also named the “architectural King Kong”, it’s seen as one of the most iconic modern buildings within the Parisian streetscape. Despite initial reactions not being very positive, this was the architectural piece that solidified Paris as the home of modernity. The French government wanted to challenge New York City and its status as the center of modernity, and thoroughly achieved it via erecting the Pompidou Center. In recent years, it’s gained more visits than the Eiffel Tower annually, winning out by 2.9 million people in 1987. 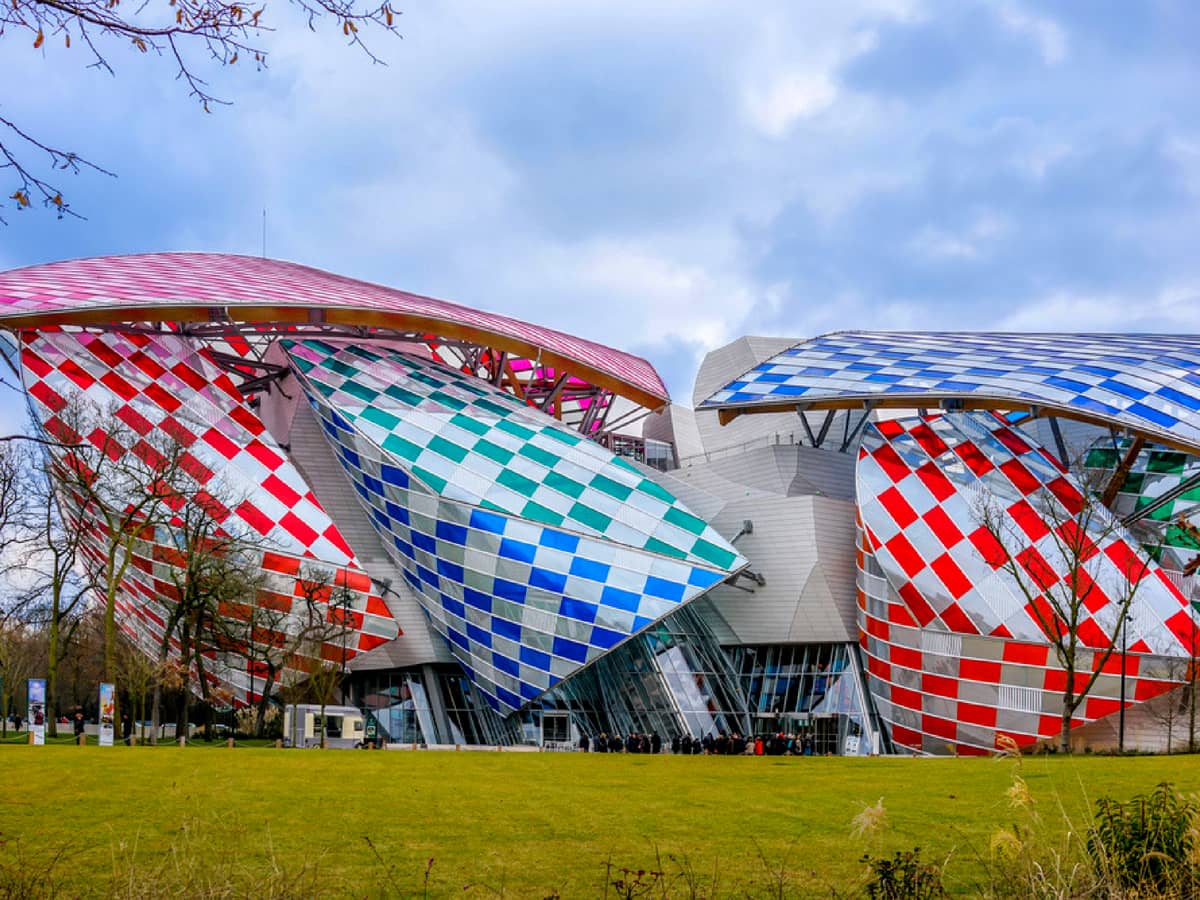 Frank Gehry was involved in the design of the Fondation Louis Vuitton, and he had a lot of inspiration in mind when it came to constructing this iconic building. He wanted to blend a sense of art de vivre with modern technology. Thus, he created a space where Paris could have a home for art and culture, and showcase such in emotional and daring senses. He designed such an abstract space in order to have the building evolve with time as it passed, and to reflect that the world is something that is constantly changing.

He used panels of glass and concrete to give a unique iceberg shape to the building, as well as presenting an immaculate white hue throughout. The point of this construction was to push the boundaries of conventional architecture, with the end goal of creating an entirely unique building that was the “realization of a dream”. Frank Gehry was always known for his creation of powerful structures, with common themes of toying with gravity, using differing levels of volume, and creating cloud-like shapes in his constructions. 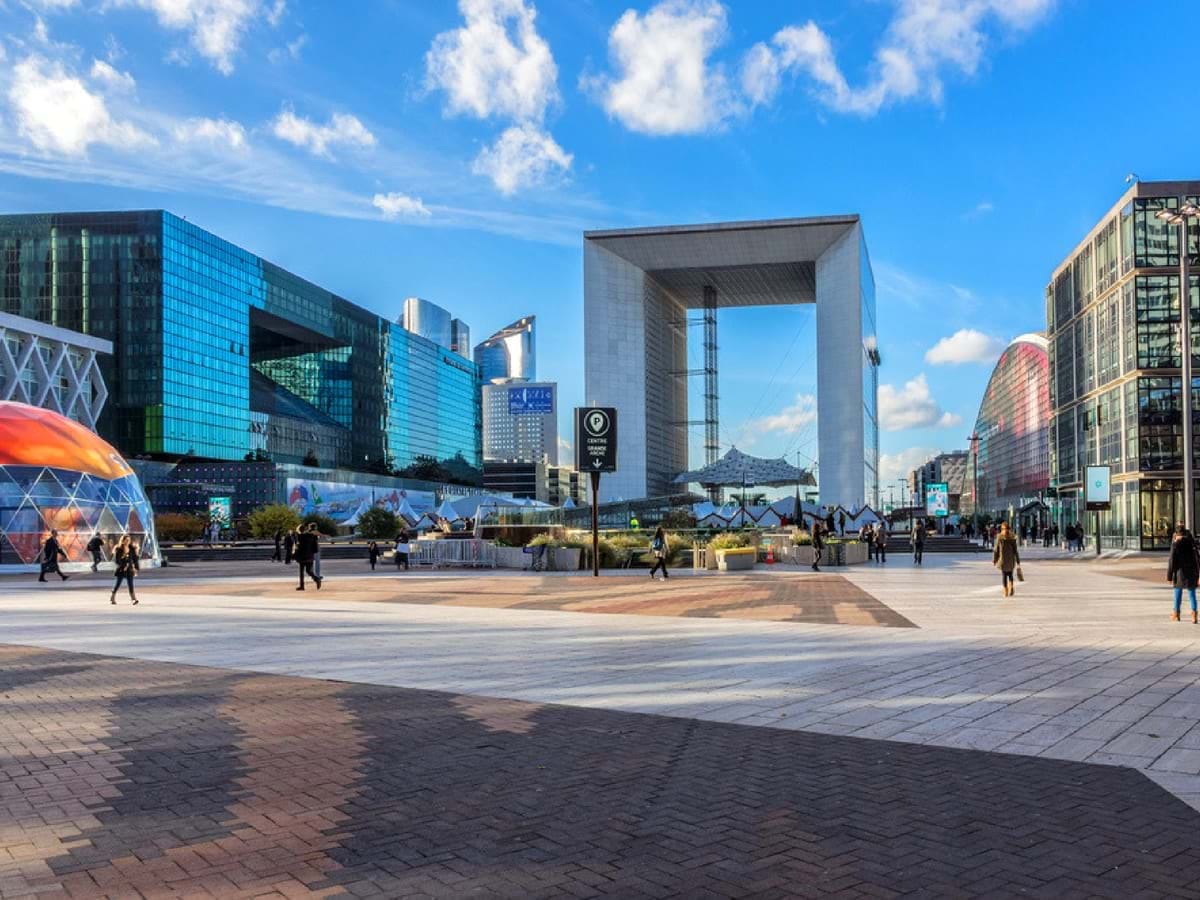 La Défense was built for more traditional reasons than both locations mentioned above. But regardless of that fact, it’s still established as one of Paris’ most well-known modern spaces. From 1947 to 1973, a period otherwise known as “The Glorious 30”, economic growth was strong in Paris. There became a need for large office spaces, that were not currently available or practical with regards to the current design of the city.

As a result of the war and population growth, modern industrial construction methods were developed, in order to benefit the inhabitants of Paris, while simultaneously catching up with the new-found American lifestyle that all nations seemed to be striving for. Thus, La Défense was born. It was also built to commemorate the soldiers that defended Paris during the Franco-Prussian war. Fast-forward to the modern day, La Défense is continually expanding, and is now the largest purpose-built district in Europe.

What to Do in Barcelona for 3 Days

An Art Lover's Guide to Naples