The best things to see and do in Milan

Located in northern Italy, Milan is the second-most populated city in Italy. Continuously built up, it is an urban area adored by many and known for being one of the world’s four fashion capitals alongside London, New York and Paris. But Milan has other strengths - art, design, entertainment, media, research, finance and more. With two incredible football teams and twenty Micheline-Starred restaurants in the city, it is no wonder that so many visitors flock to Milan each year. The best Milan tours will allow you to see plenty of what the city has to offer - including some of these amazing sights… 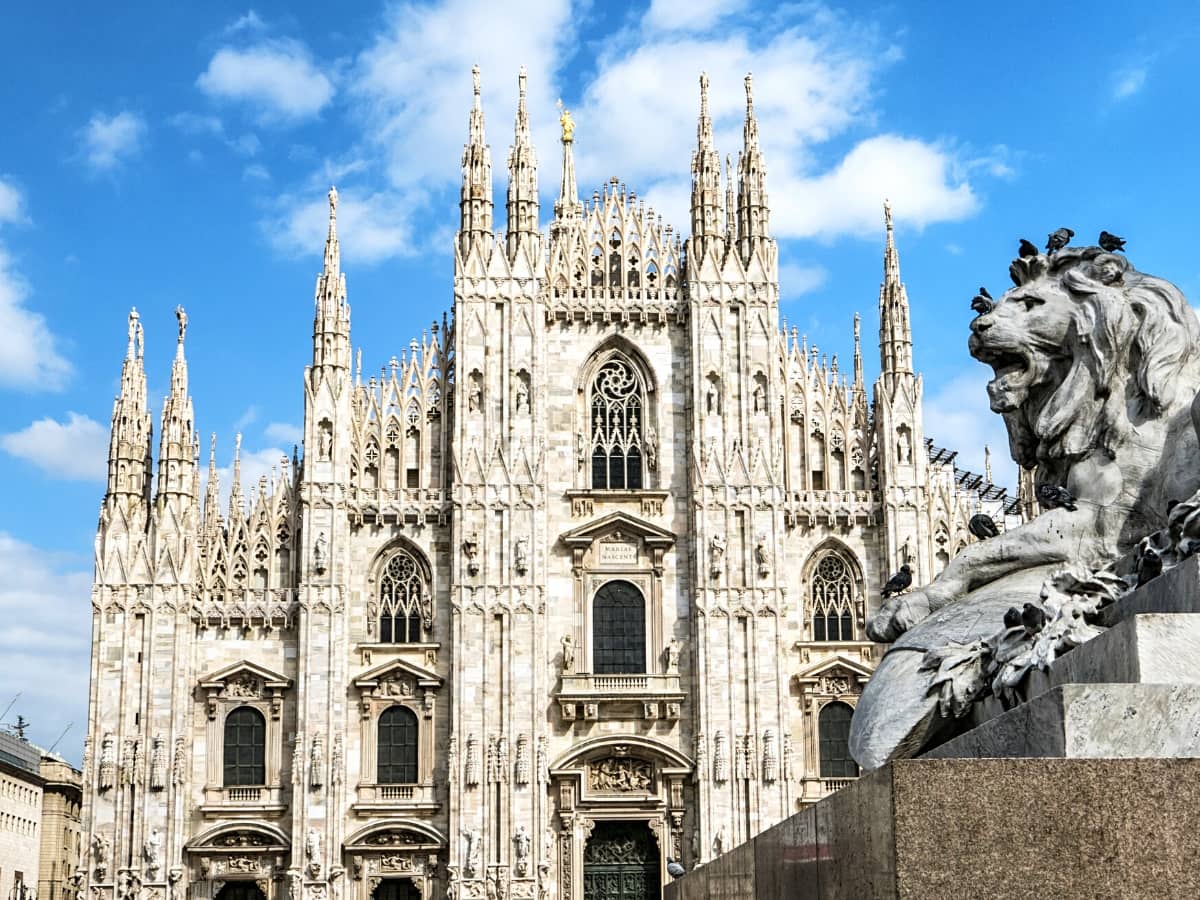 This is the cathedral of Milan, dedicated to the Nativity of St Mary. It is the seat of the Archbishop of Milan, and a popular tourist attraction. It is a beautiful, dominating building which took nearly six centuries to complete; the construction began back in 1386, and was completed in 1965. It is the largest church in Italy itself, and the second largest in Europe. It was built in an early Gothic style, and tourists are welcome to visit the roof and enjoy a fantastic view of Milan from up there. There is a lot of artwork, as well as plenty of monuments, inside the cathedral. A visit here is an absolute must, and the best Milan tours will ensure that you see the Duomo. 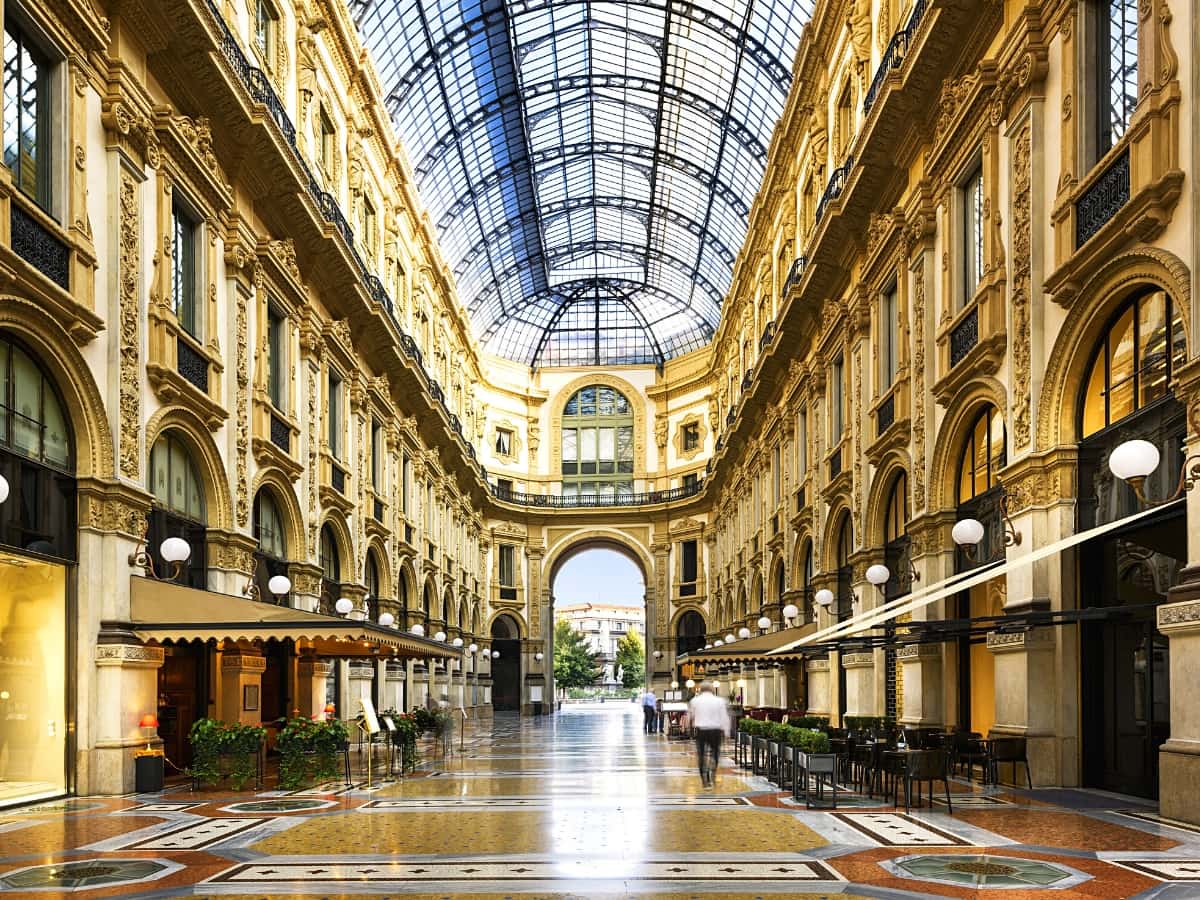 This is a shopping mall like no other - with the most stunning retro architecture, a visit here should be on your list while planning a vacation in Milan. It is housed within a four-story double arcade in the city center, and was named after the first king of the Kingdom of Italy, Victor Emmanuel II. Designed and built in the 1800s, the glass dome of the roof is absolutely spectacular. There are mosaics and other decor inside, and it is just such an iconic part of the Milan cityscape! 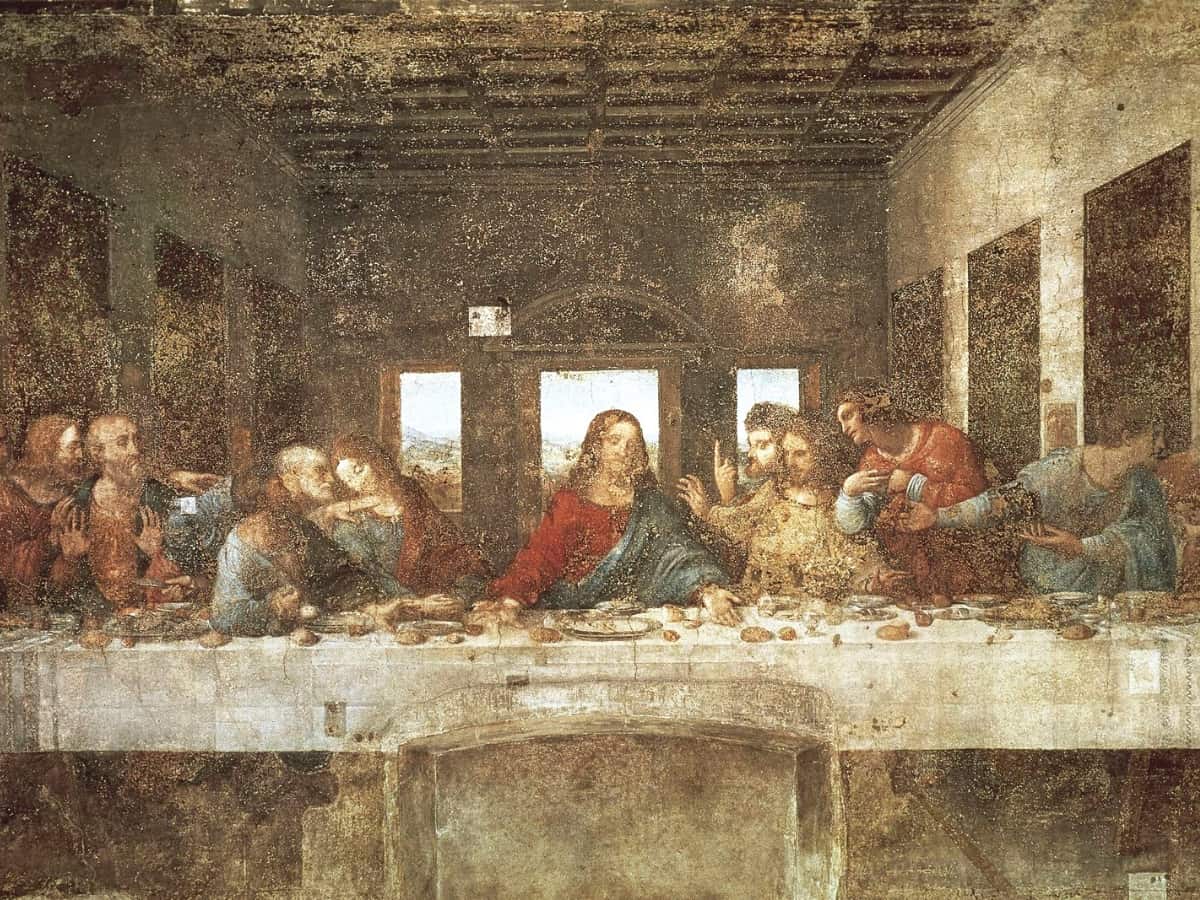 You don’t have to be an expert in art or religion to know that this is one of the most famous paintings in the world and an absolute must-see. One of the best Milan tours is our Semi Private Best of Milan Duomo Cathedral & Da Vinci's 'Last Supper' Tour which gives you a chance to see the painting up close. It is housed by the refectory of the Convent of Santa Maria delle Grazie, and is instantly recognizable. Leonardo worked on The Last Supper between 1495 and 1498, creating a piece of art that is now synonymous with the story of Jesus Christ as well as being on of the most-visited attractions in Milan. 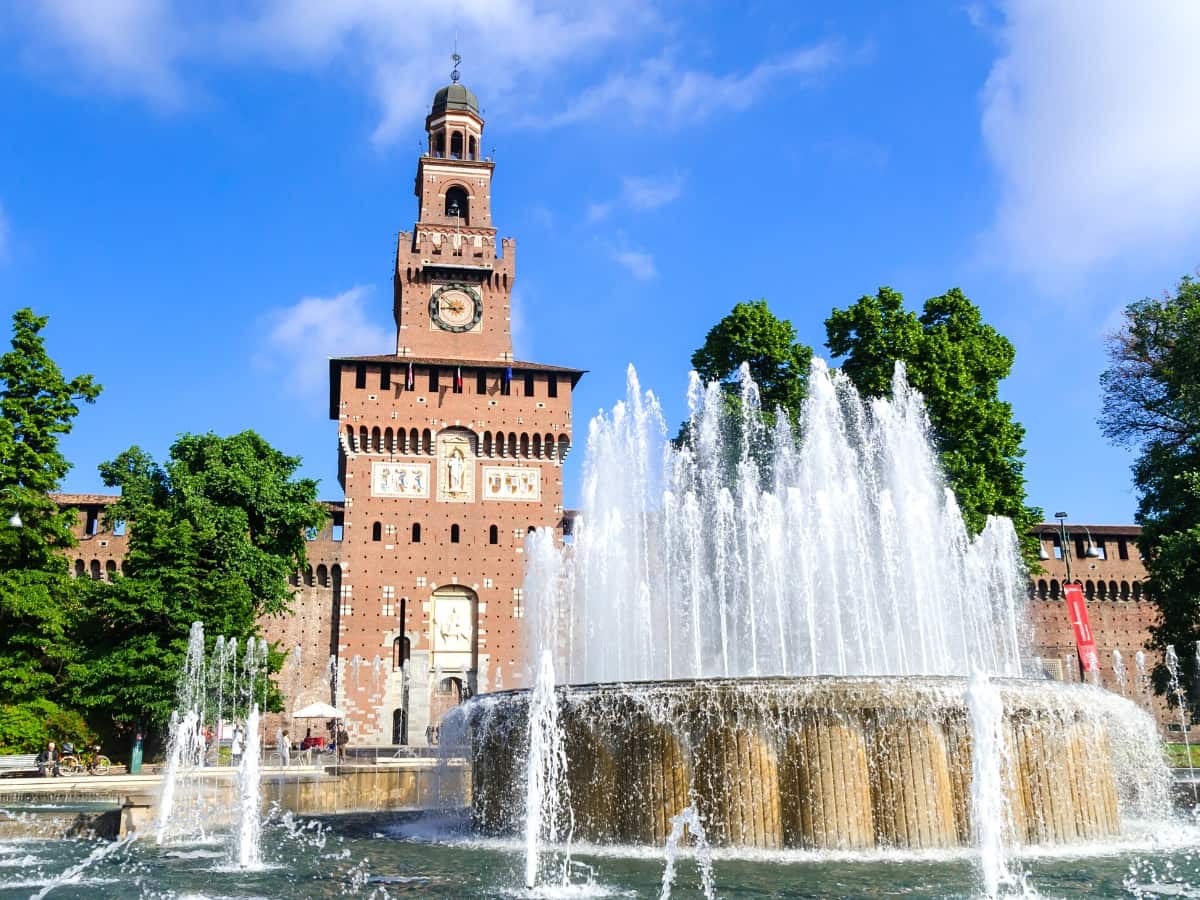 This 15th century castle, built by Francesco Sforza, the Duke of Milan, is an incredible site to visit. It was built on the remnants of a 14-century fortification, and was renovated and enlarged as time went on. It now houses several of Milan’s art collections and museums, as well as being an iconic building in itself. There are fountains and tapestries and wooden sculptures as well as artifacts from ancient Egypt, musical instruments, funerary monuments and much more.

The best Milan tours will show you the city’s most famous attractions, and your expert, English-speaking tour guide will be happy to give you further recommendations. This bustling city has so much to offer, such as QC Termemilano - a spa housed in a former tram depot. With saunas, a tea room, cold baths, geyser pools and so much more, as well as three (warm) outdoor pools, this is the perfect place to spend a couple of hours relaxing in Milan - especially if you've been rushed off your feet seeing the sights! 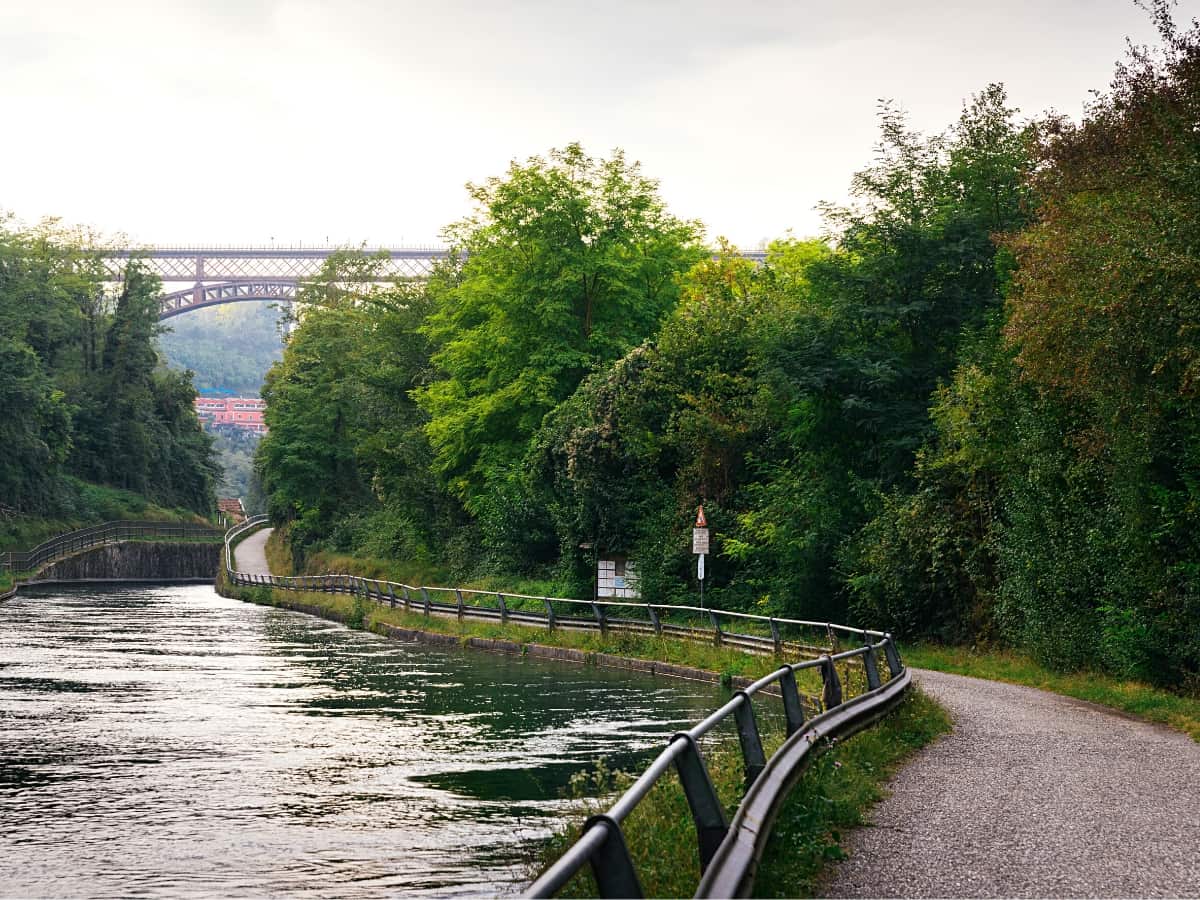 Interested in cycling while in Milan? This is one of the most scenic routes in the city, with meadows and farms alongside. There are plenty of bike-sharing apps and schemes in the city too, so you’ll easily be able to find a bike to ride for the day. It’s a great way of seeing even more of the city than you would on the best Milan tours. This cycle path actually extends as far as the town of Gorgonzola - so if you fancy a break to taste some Italian blue cheese, you’re in luck! 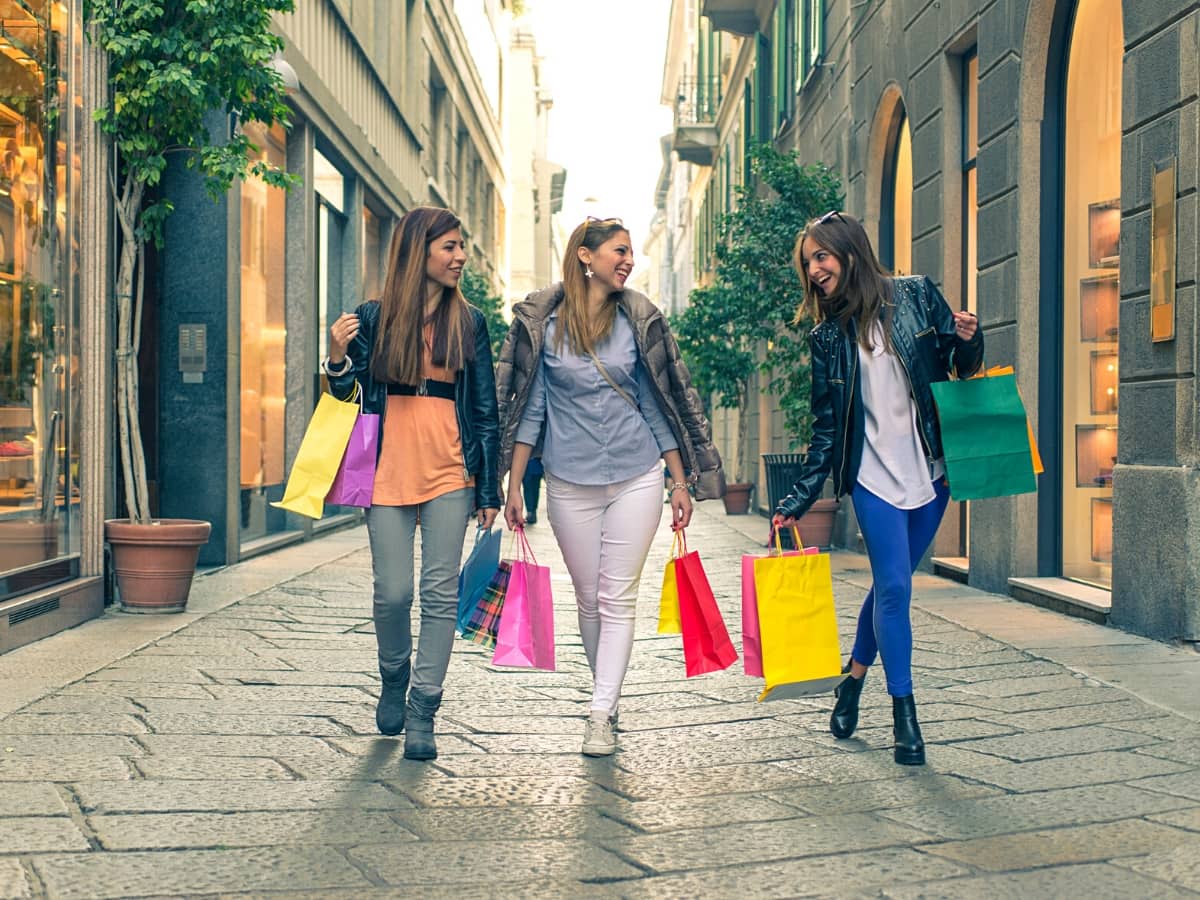 Even if you’re not planning on actually shopping, Milan IS one of the world’s fashion capitals. The Golden Triangle encompasses Via della Spiga, Via Sant’Andrea and Via Montenapoleone - this is where you will find all the top designer brands. Take your time window shopping, eyeing up the beautiful handbags and watches, and making a mental list of everything you would splurge on if money was no object… From Prada to Chanel, Louis Vuitton to Versace, it’s all here.

Looking for something a bit different? This is a slice of countryside in the metropolitan - it was restored in 2002, and is a beautiful 18th-century farmhouse. With a restaurant, farmer’s market, communal gardens, a bar and much more, it is popular with young creative locals. Families love to hang out here too, and it’s definitely something unexpected from a trip to the wonderful city of Milan. This is somewhere to wind down and escape the crowds for a short time while still enjoying something authentically Italian.

The best Milan tours will ensure you see the main sites: the Duomo and The Last Supper, and much more. It is a city that feels electric, and it is loved by so many for good reason. You can take a day trip to the stunning Lake Como, or spend your trip admiring the stunning architecture that Milan has around every corner. These are some of the must-see places in Milan, experiences that will make your Italian vacation one to remember!