Vibrant. Bustling. Chaotic. Exuberant. These are words you’ll frequently see used in descriptions of Naples, Southern Italy’s biggest and brashest metropolis. This is a city that rewards curious and hungry travelers, the inquisitive and the intrepid, with a take on Italy that they can't get anywhere else.

After a few days of tramping along the narrow old lanes of its ancient core, soaking up the street life, hopping between Baroque churches and ogling priceless museum collections, you may find yourself yearning to switch gear. In which case, we recommend you hightail it out of the city and discover some of the fabulous nearby destinations where even more fascinating attractions await.

The Beautiful Island of Capri

If you need a change of scenery, swap the bustle of inner-city Naples for the postcard-worthy delights of Capri. The two places could hardly be more different. In Naples, it seems like everyone is in a rush to get somewhere, whereas in Capri, everyone seems to be in relaxation mode – probably because the vast majority of people on the island are indeed here on vacation. 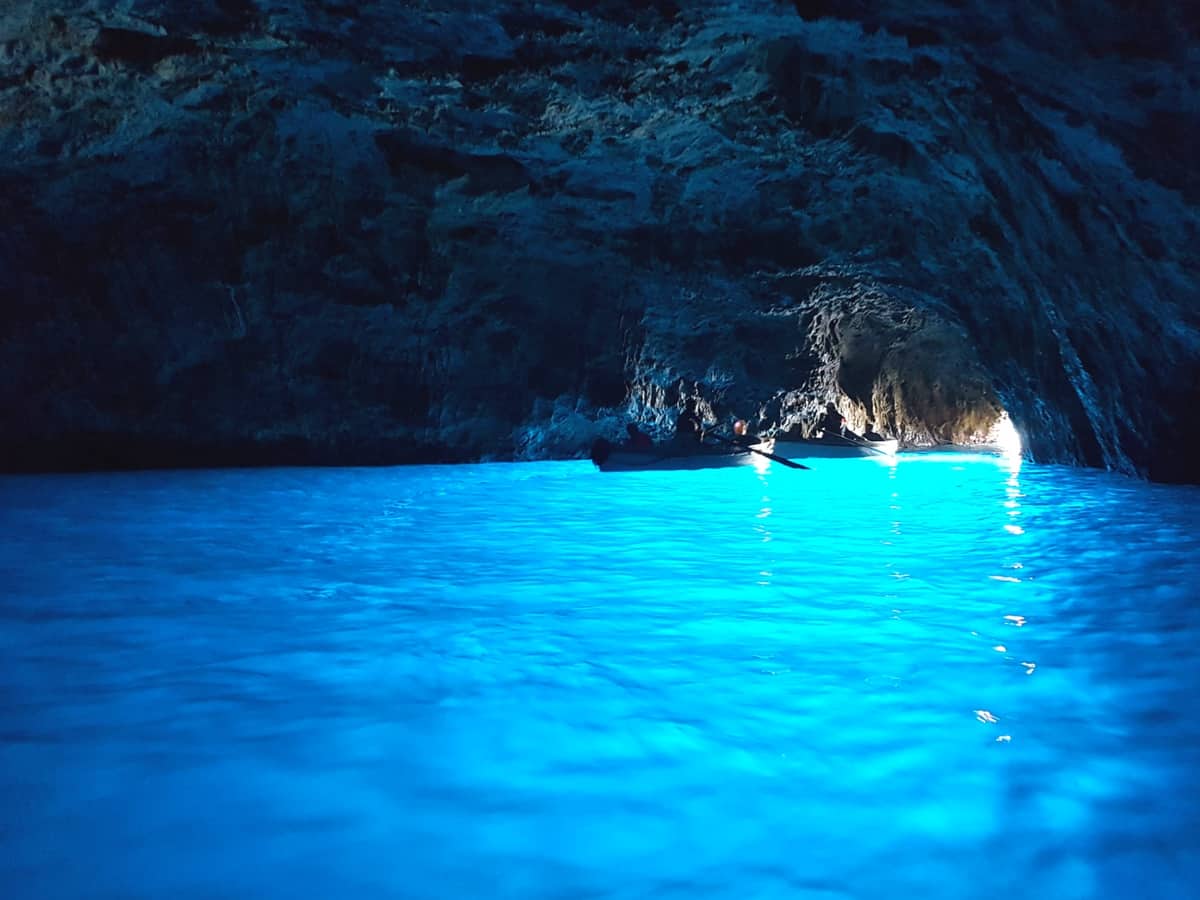 Row into the Dazzling Blue Waters of Capri's Blue Grotto

When deciding what to see on Capri, a few main sights stand out. Chief among them is the Blue Grotto, with many visitors enlisting the help of local boatmen to paddle them into the storied cave to see the famous electric blue waters. Capri also has a smattering of Roman ruins, gorgeous viewpoints overlooking rocky coastline and two charming towns, Capri and Anacapri, where independent boutiques sell handcrafted products and island-made gourmet treats.

Logistically speaking, the easiest way to get to Capri is to book a guided Capri tour from Naples, which will save you faffing around with ferry tickets and onward transportation once in Capri. If you do want to go it alone, you will need to catch the high-speed ferry from Naples Molo Beverello (the slower ferry will only eat into your precious sightseeing time). During high season, tickets often sell out. They can be purchased in advance online, though you may still need to queue to collect them from the ticket window before boarding. Once you get to Capri, you can hire an open-top taxi or take the famous funicular up to the panoramic “piazzetta” of Capri Town. 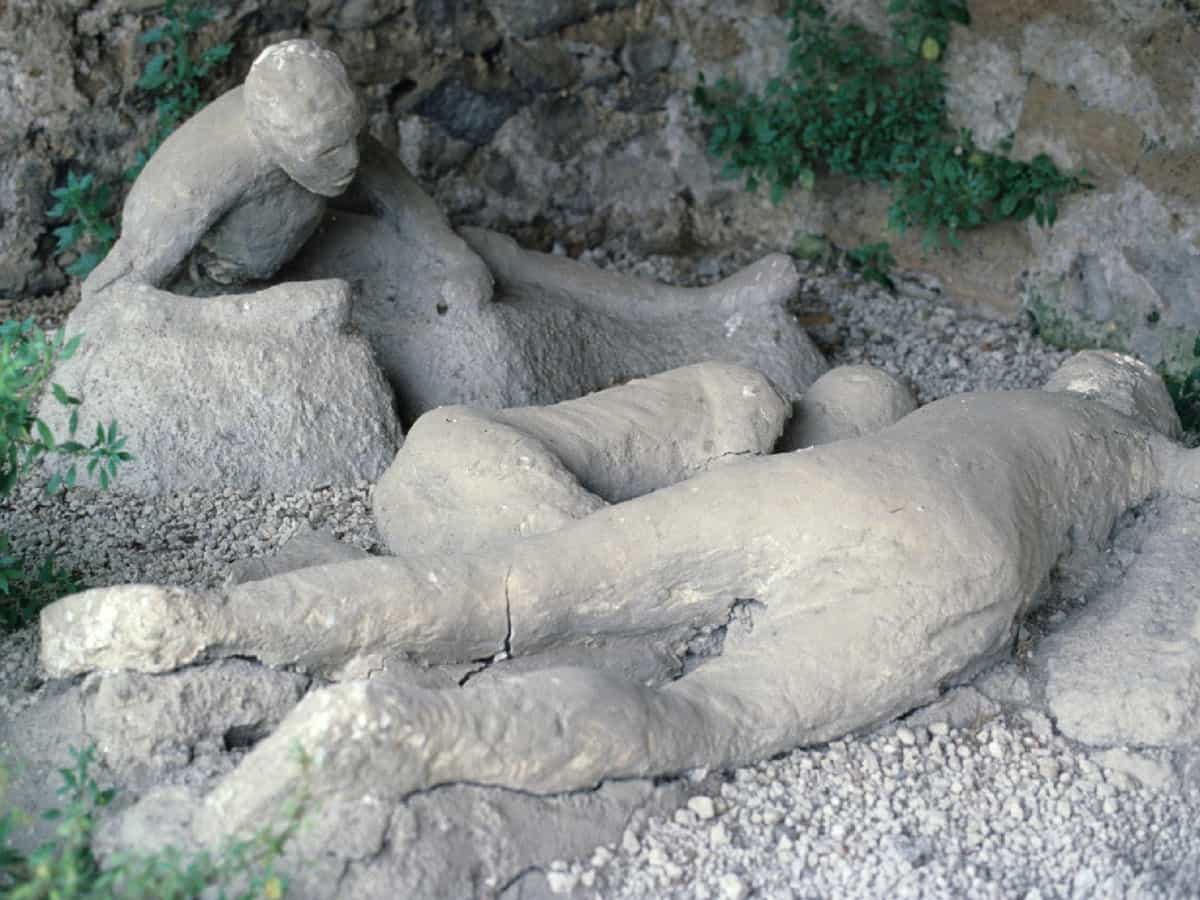 Some of the Famous Plaster Casts of Pompeii's Ancient Residents

The Ruins of Pompeii

Pompeii is probably the most famous archaeological site in the world, and for good reason. Few others have a backstory quite as compelling as that of this once port settlement. Rather than falling into a slow demise, Pompeii was wiped out instantly in 79 AD with the eruption of the nearby Mt. Vesuvius volcano. The entire city was caked in ash and lava for centuries, before being carefully excavated, revealing a Roman-era city that had been essentially frozen in time. With the ruins located just a 25-minute drive from Naples, doing a daytrip here is a doddle. It is worth remembering Pompeii’s popularity: more than two million tourists come here every year. If you don’t want to queue with the crowds, opt for our perfectly crafted Pompeii tours, including round-trip transportation and skip-the-line access.

The hulking craterous peak of this still-active volcano looms large over Naples, a constant – and, given its historical record, somewhat scary – presence. And though it is one of Southern Italy’s most well-known landmarks, many visitors to Naples fail to make it to the top of its steaming, lunar-esque summit, which is a shame because a short hike up to the caldera rim offers stunning views over the city and across the shimmering bay to Capri. Make a full day out of it by taking our Pompeii tours from Naples including a wine-sipping session at one of the vineyards on its slopes. There is no need to be overly worried about safety on Vesuvius. Italian authorities block visitors whenever the volcano appears to be on the verge of acting up.

On the Amalfi Coast

If Naples is where people go to live life, the Amalfi Coast is where people go to escape it. Here, away from the noise, crowds and chaos of the city, are a series of prettier-than-a-postcard seaside villages and clifftop towns strung out along a lemon grove-dotted, cliff-edge coastline. With views of nestled turquoise bays to be found around every corner of the curving coast. Bringing a good camera on this daytrip is a no-brainer. Even in the bigger towns, such as Amalfi, you can expect a much mellower and less-harried vibe than in Naples.

Though the Amalfi Coast is just 40 or so miles (65 kilometers) from Naples, getting their independently can be a bit of an ordeal. Either you get behind the wheel and bravely tackle the hairpin turns of the one-lane road yourself or you can take the ferry to Sorrento from Naples Beverello and catch a connecting ferry onward to Positano (summer only). Take the hassle out of the journey by signing up for one of our Amalfi Coast tours from Naples, which will leave you free to ooh and aah over the views out the window before setting out to explore with a local expert guide. 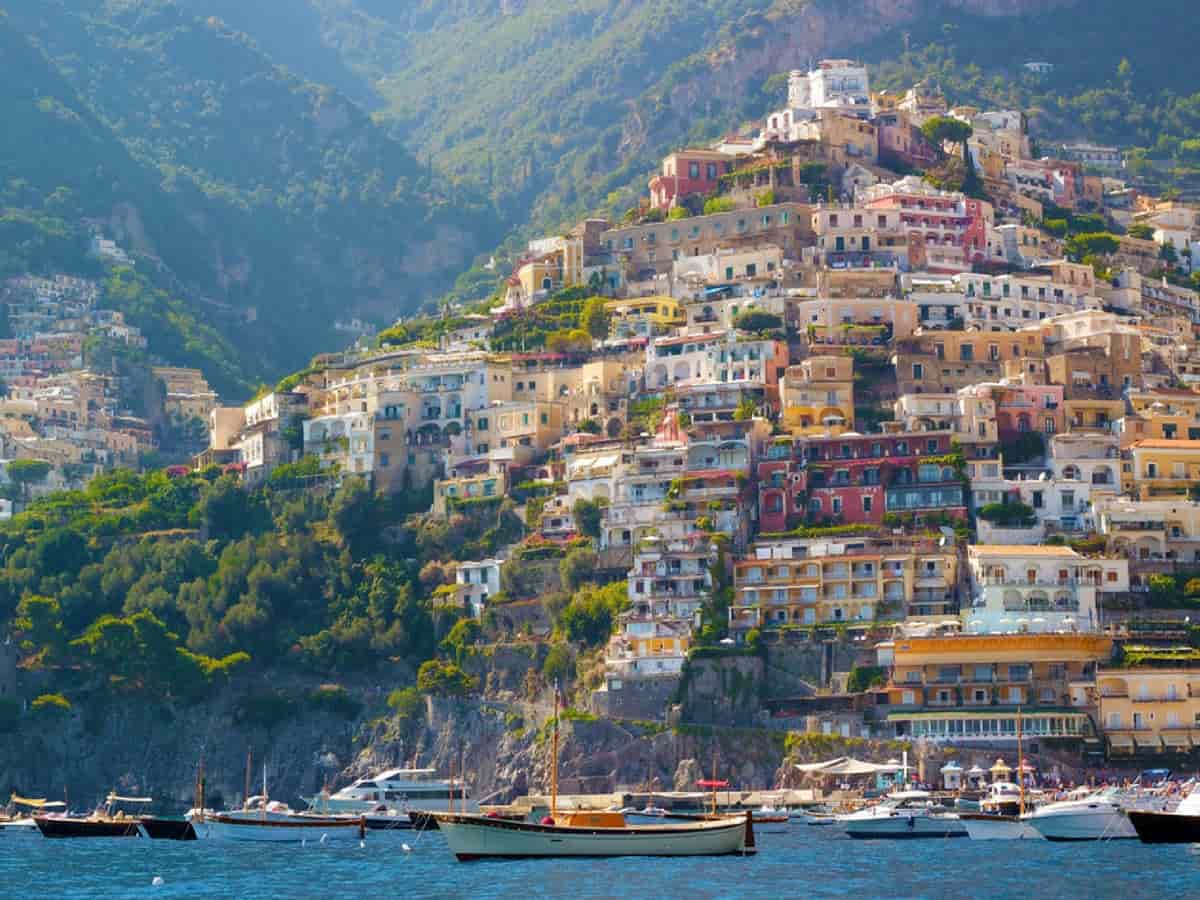 A Return to Sorrento

Another excellent daytrip option for Naples-based travelers is the small clifftop town of Sorrento. Though it is often branded “the gateway to the Amalfi Coast”, it is a worthy destination in its own right, with ample charm, enviable good looks and abundant things to do. Founded by the ancient Greeks back in the 7th century BC, Sorrento is drowning in history, which is just one part of its appeal for the many visitors who spend their summer vacation here. Stroll down medieval alleys so narrow they could scarcely accommodate a Smart Car, sip limoncello in sea-view bars and browse boutiques where artisans sell high-quality handicrafts so artfully and skillfully made that labeling them souvenirs seems unfair. Trains, buses and ferries connect Sorrento with Naples, making it a breeze to get to.

For a full list of top City Wonders experiences available at these destinations take a look at our day tours from Naples page.

The Uffizi Gallery: A Family Legacy