5 Essential Sights to See in the Vatican Museums

Whether you’re a well-seasoned visitor to the Vatican or not, today’s post features 5 essential sights to see in the Vatican Museums. 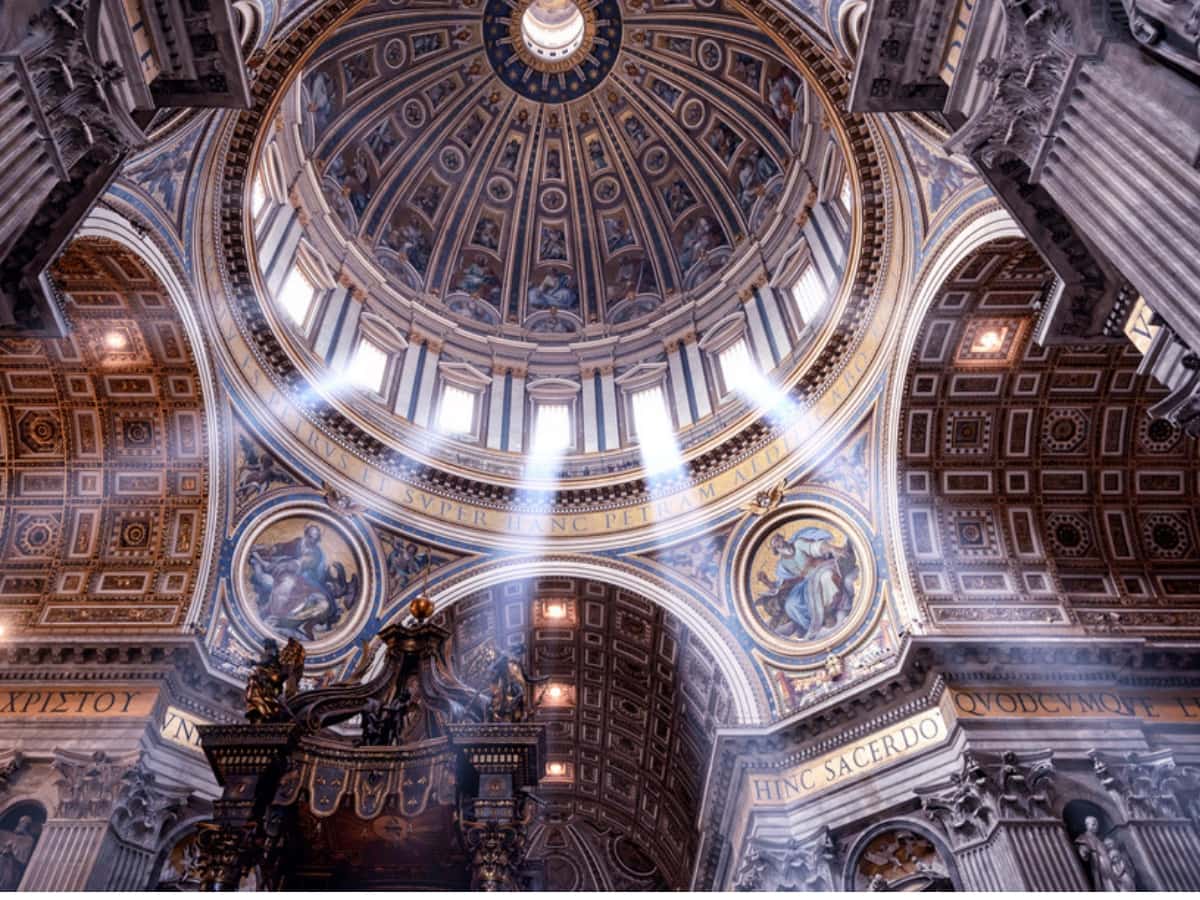 As one of Rome’s most holy Catholic shrines, it’s a no-brainer to visit it when you’re exploring the Vatican Museums. The Basilica itself dominates Rome’s already incredible skyline and attracts millions of global visitors annually. The building can hold over 60,000 people and has 491 stairs to climb to the top of Michelangelo’s colossal dome. There’s a holy door within the Basilica, which is only opened for the Jubilee Years, AKA: once every quarter of a century. Within the Basilica you’ll find several famous works, such as St. Peter’s Baldachin and Michelangelo’s Pietà, which is kept safe behind a thick pane of bulletproof glass. Fun fact: this wasn’t the first of the Vatican’s Basilicas. The first Basilica was knocked to the ground, and the new one took 100 years to build. If something took an entire century to build, you can tell that a visit will be more than worth it! 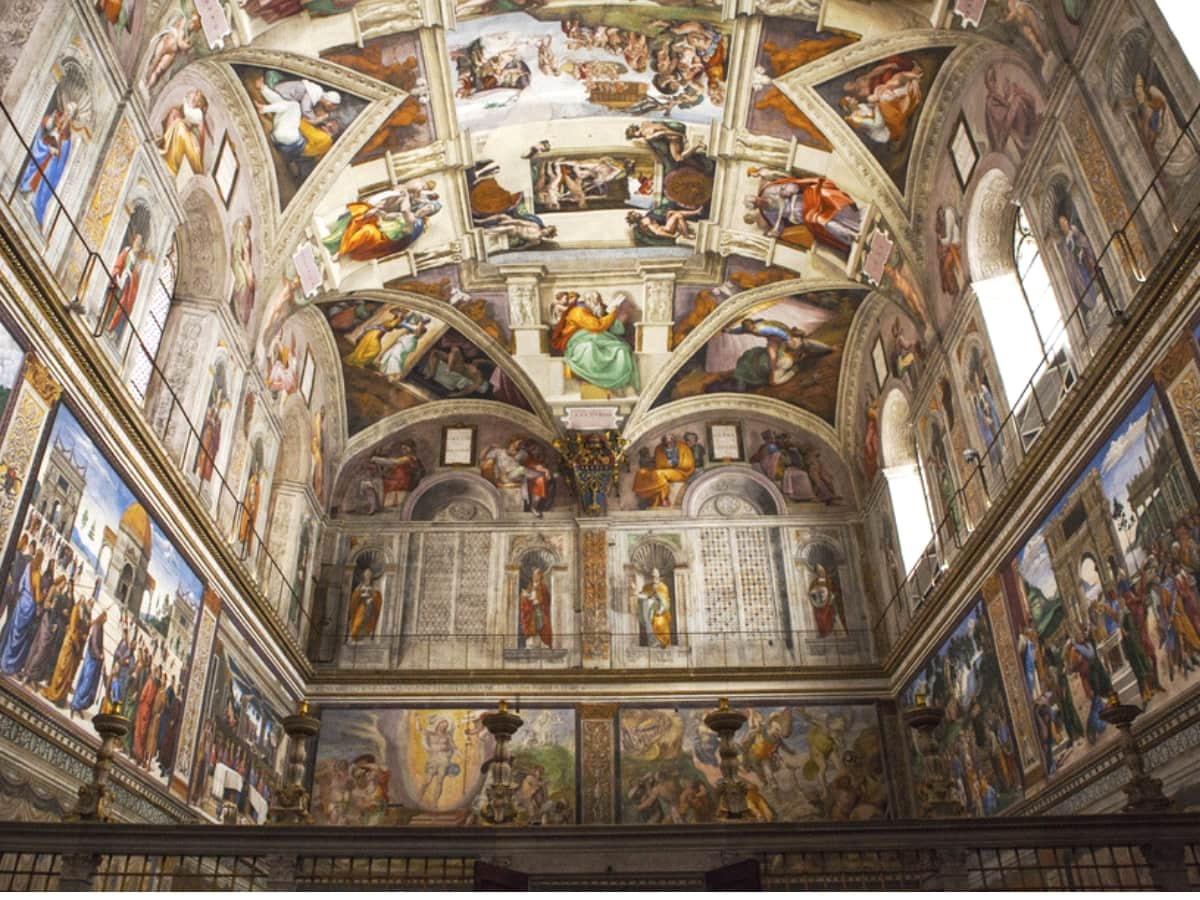 The Sistine Chapel was constructed between 1473 and 1481 by Giovanni dei Dolci for Pope Sixtus IV, hence the fitting name. The chapel became famous because of the frescoes on the altar wall and ceiling, painted by famed artist and sculptor Michelangelo. These works are considered to be some Western painting’s greatest achievements. There are multiple other frescoes on the walls of the chapel which depict the lives of Christ and Moses, while several smaller ones in between represent the lives of certain popes. The chapel is used to the election of a new pope when a vacancy see arises, as well as for important papal ceremonies. 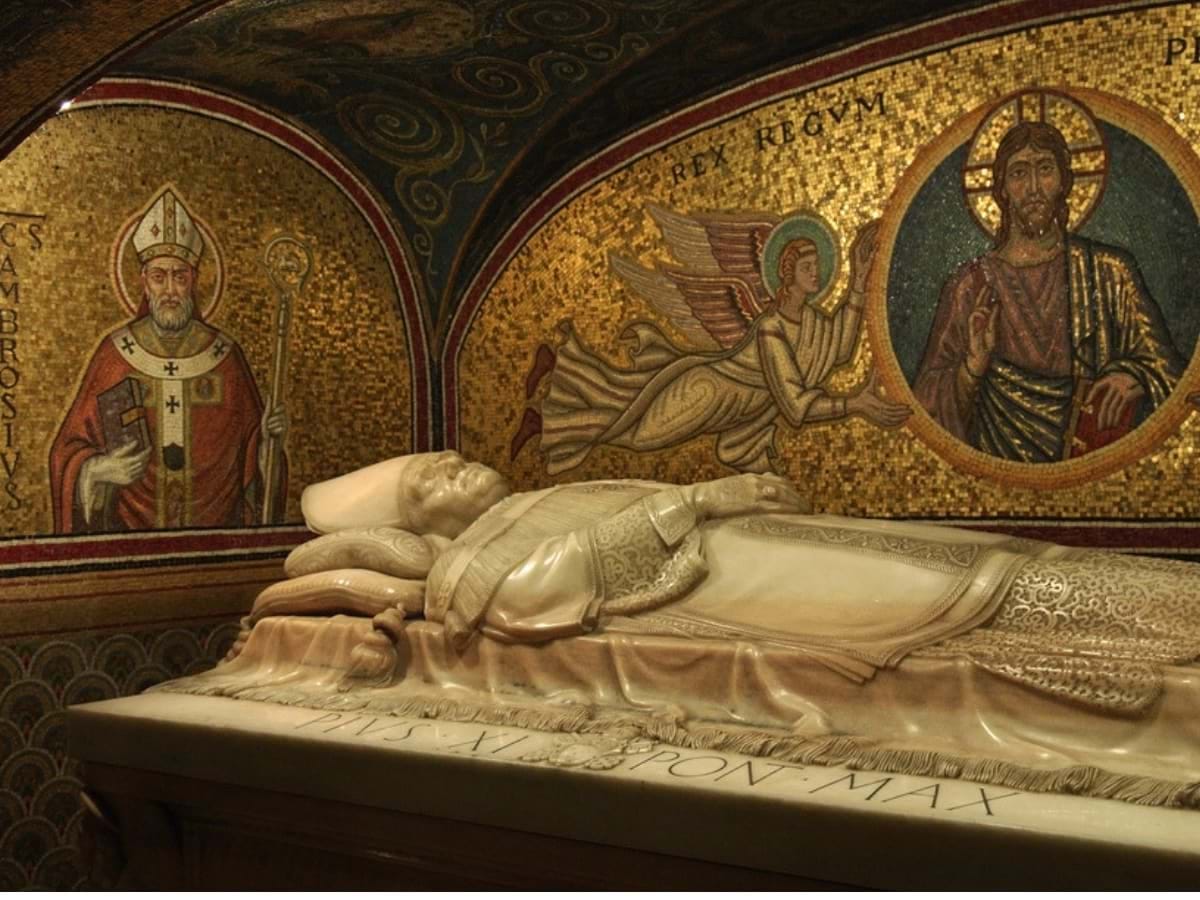 The Vatican Crypt lies 16 to 39 feet (5 to 12 meters) below St. Peter’s Basilica and is a final resting place for those of early civilizations. Known as a city of the dead, it’s rumoured that St. Peter’s remains are buried here. The same St. Peter who was one of Christ’s disciples as well as the first official pope and leader of the Catholic Church. The Necropolis consists of a 1st-century Pagan burial ground and is the lowest level of the Basilica. Considered the most sacred site of the entirety of the Vatican, it’s an essential visit when traversing the Vatican Museums. 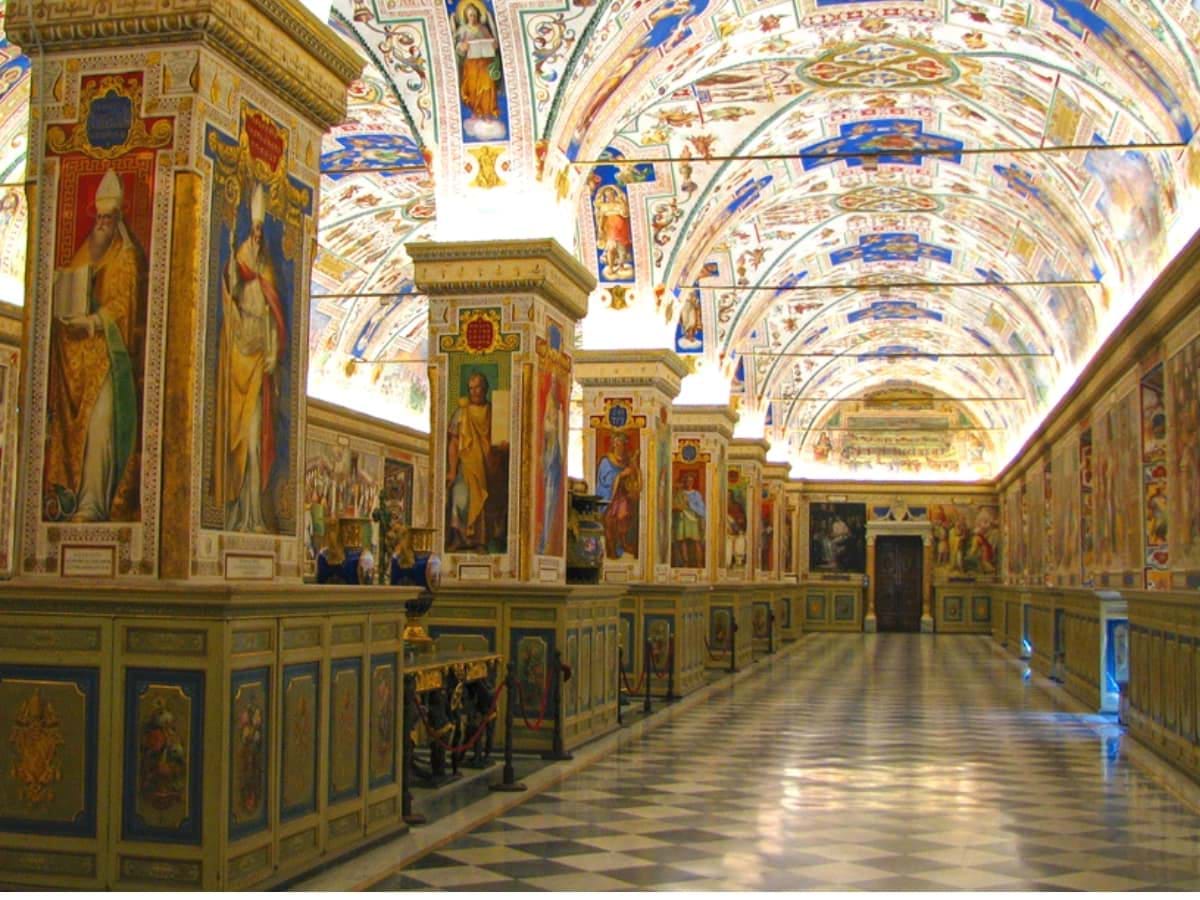 The Vatican Library is the library of the Holy See and is considered one of the oldest libraries in the world. It began during the Renaissance, when the exteriors and interiors of books were considered both illuminating and exceptionally beautiful. The library is home to 75,000 codices (hand-written books created before the printing press existed), 2 million books, and 8,500 incunabula, boasting one of the greatest collections of Western civilization. It’s also a research library for areas such as theology, history, philosophy, law, and science. Despite its seemingly endless collection, the library collects 6,000 more books every year, right up to the modern day. 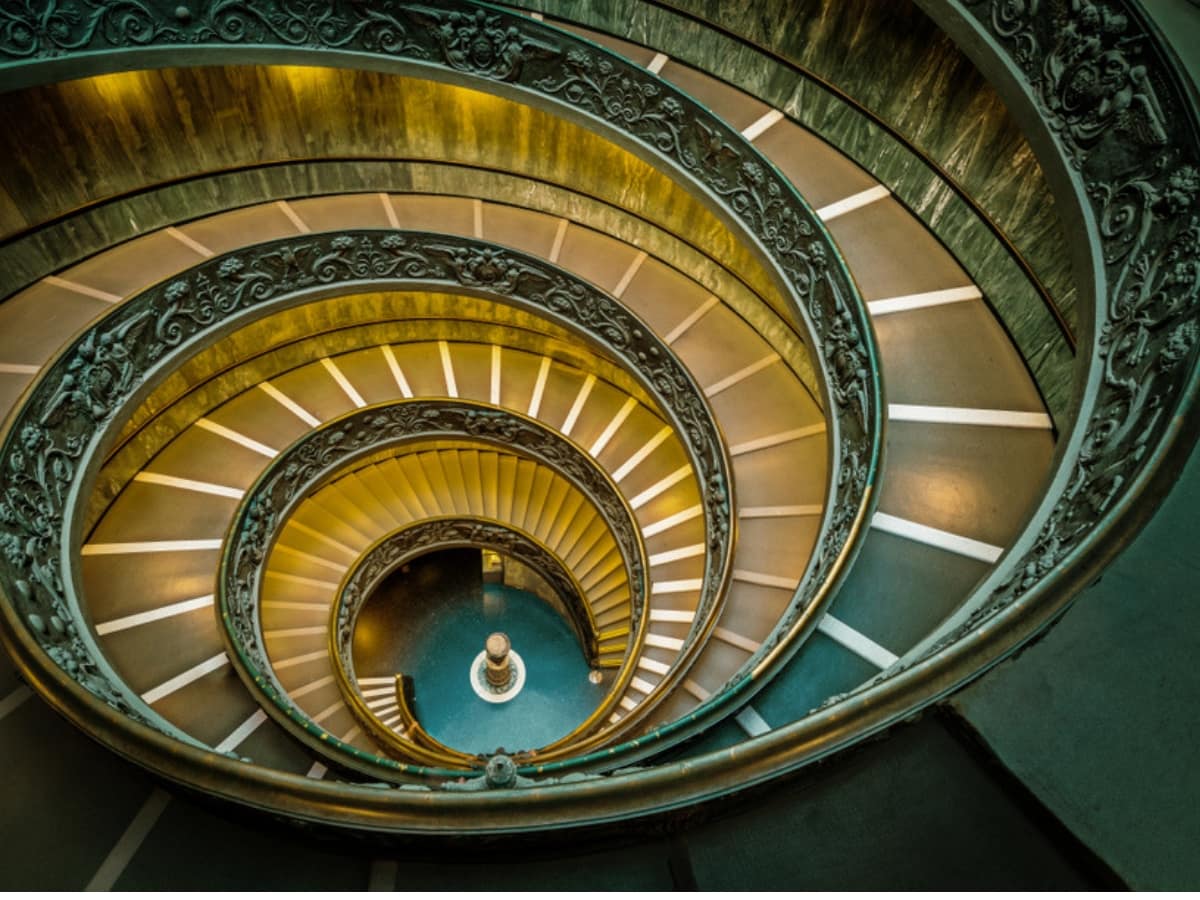 The original Bramante Staircase was built at the beginning of the 16th century and connected the Belvedere Palace of Pope Innocent VIII to the outside. The point of the staircase was to allow the ascension and descension of people and animals without interruption with a distinctive double-helix design. It also allowed Pope Julius II to enter his quarters while still in his carriage, which proved very convenient overall. This staircase is usually off-limits to the public but can be visited on one of our Vatican and Bramante Staircase tours! There’s also a modern Bramante Staircase, inspired by the original. With any luck, you’ll get to see the modern version upon leaving, as all visitors leave the museums by this route.

The Best Things to Do in London During Winter