Italy is one of Europe’s most picturesque countries and it is, of course, even more beautiful at Christmas. While it rarely snows, the festivities are fun enough without it. Whether you're taking a Rome tour or skiing in the Italian Alps, here are 8 Christmas traditions from all across Italy! 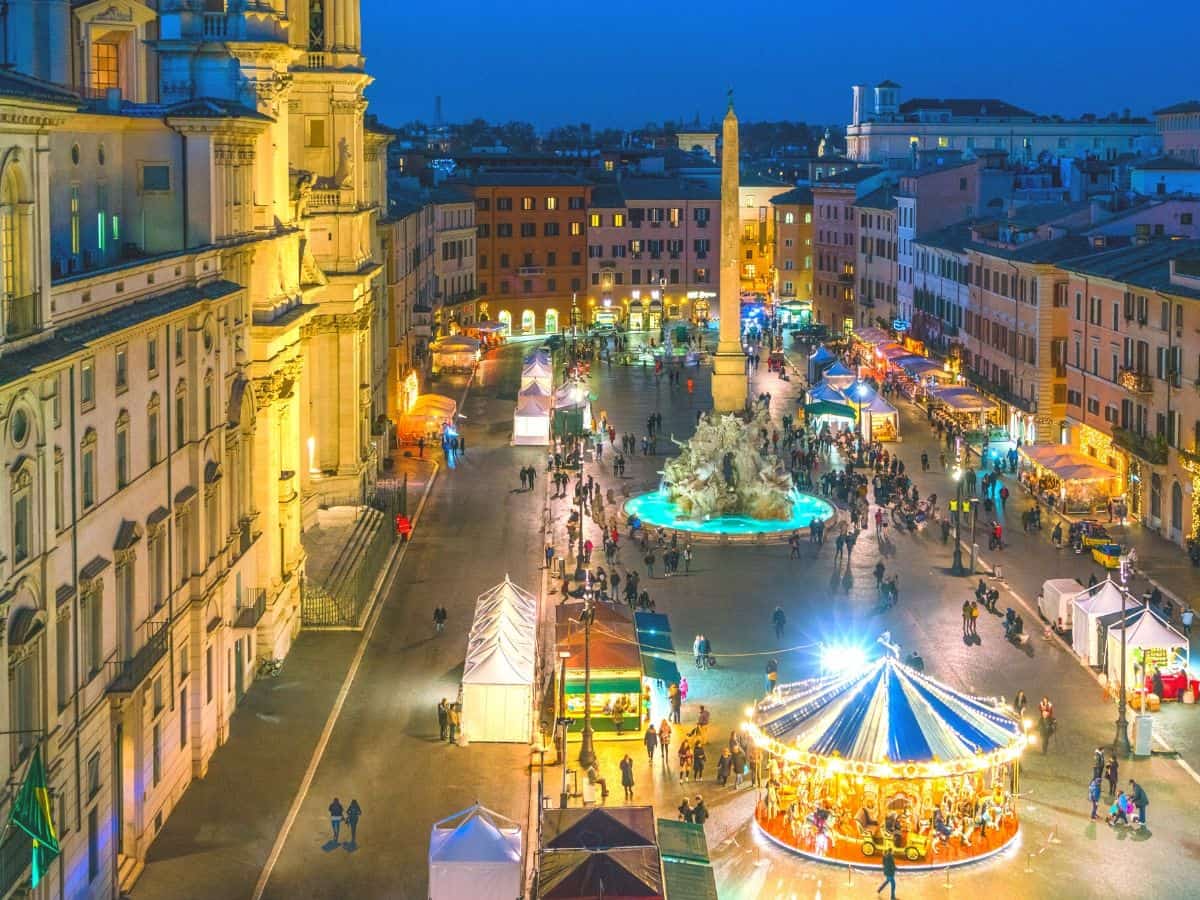 One of the best Italian Christmas traditions is that they celebrate for much longer than other countries. Their festive season officially starts on December 8 - celebrated with the Feast Day of the Immaculate Conception. It lasts right the way through until January 6, the 12th day of Christmas, known as the Epiphany. This means that the rest of the Christmas traditions described below last even longer than you’d think!

Throughout December, you can combine sightseeing and seasonal activities. Take a Catacombs of Rome tour followed by all the festive fun you can imagine, or do a Rome city tour and see how many of the below traditions you can see in action.

2. No meat on Christmas Eve 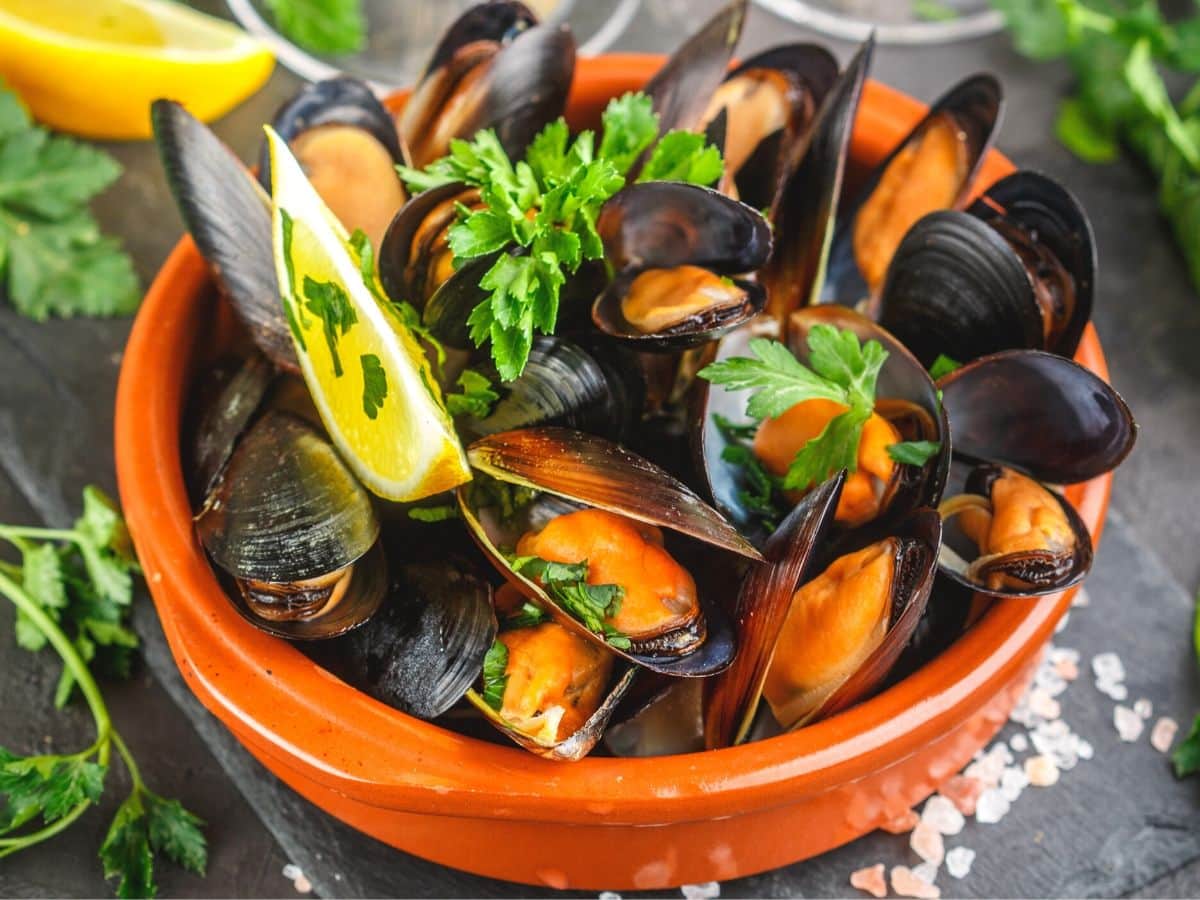 In what is a very traditional tradition, the Italians don’t eat meat on Christmas Eve, or la Vigilia. Instead they eat a variety of fish dishes - sometimes up to seven courses of seafood! This is typical on the day and night before any religious celebration; you are supposed to ‘eat lean’ and purify your body ahead of the holidays! Popular fish dishes vary across the country. In Rome, they enjoy the local dish of pezzetti: artichoke, zucchini and broccoli fried together - whereas in Naples, seafood and broccoli are sautéed.

As well as fish, of course, the people of Italy have pasta dishes on Christmas Eve. Again, the specific pasta dishes vary depending on whereabouts in the country you are. Places like Piedmont and Lombardy in the north will eat lasagna filled with anchovies, while in Naples you are more likely to be served vermicelli with mussels or clams.

3. Visiting the Vatican for midnight mass 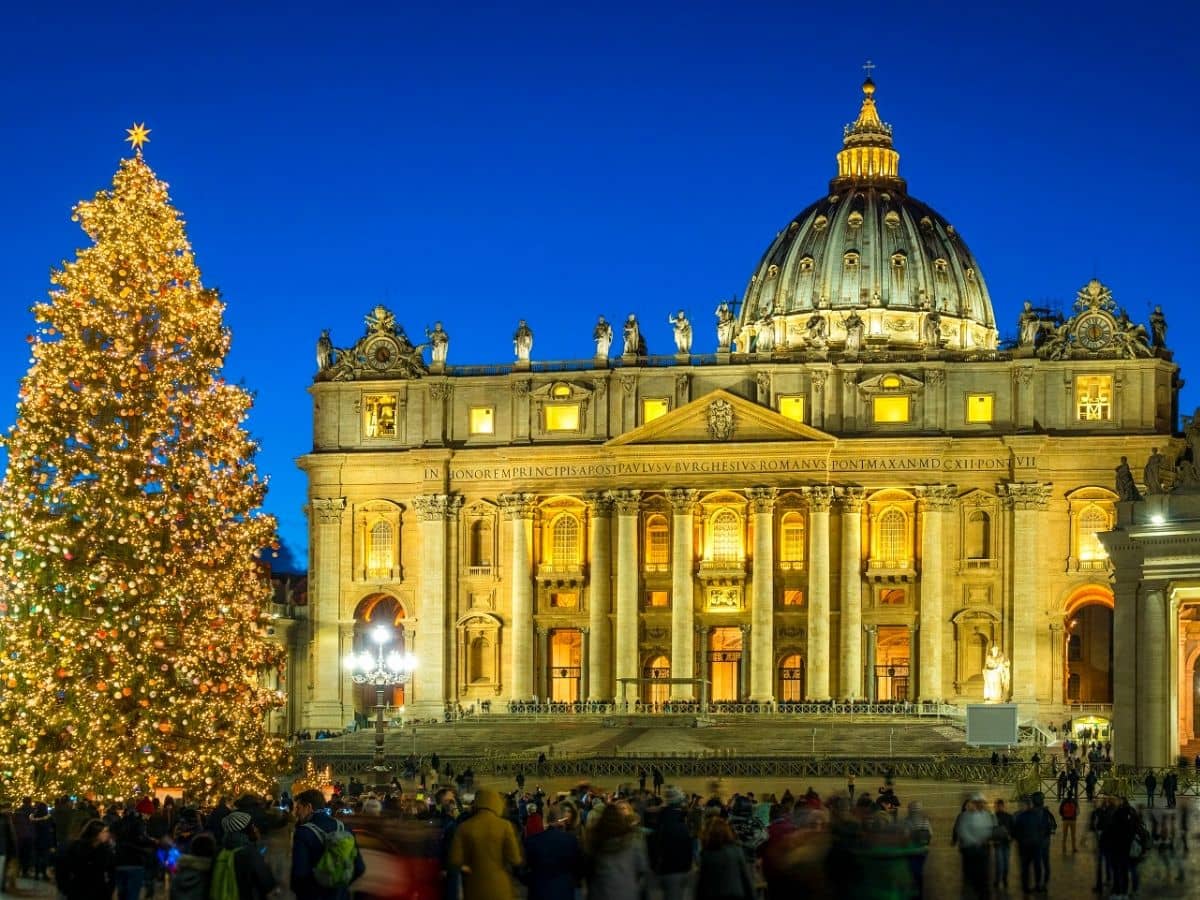 A popular Christmas tradition for those who live or are staying in Rome is visiting the Vatican for midnight mass with the Pope on Christmas Eve. This actually happens at 9.30pm, rather than midnight, and is free to attend. It is also televised in St. Peter’s Square for those who don’t manage to get into the basilica to see the Pope - and participate in the mass - up close. If you have been on a guided Vatican tour, then you will know big the square is; it is even more magical at Christmas time, with its huge tree and nativity scene, and people celebrating the holidays as one. 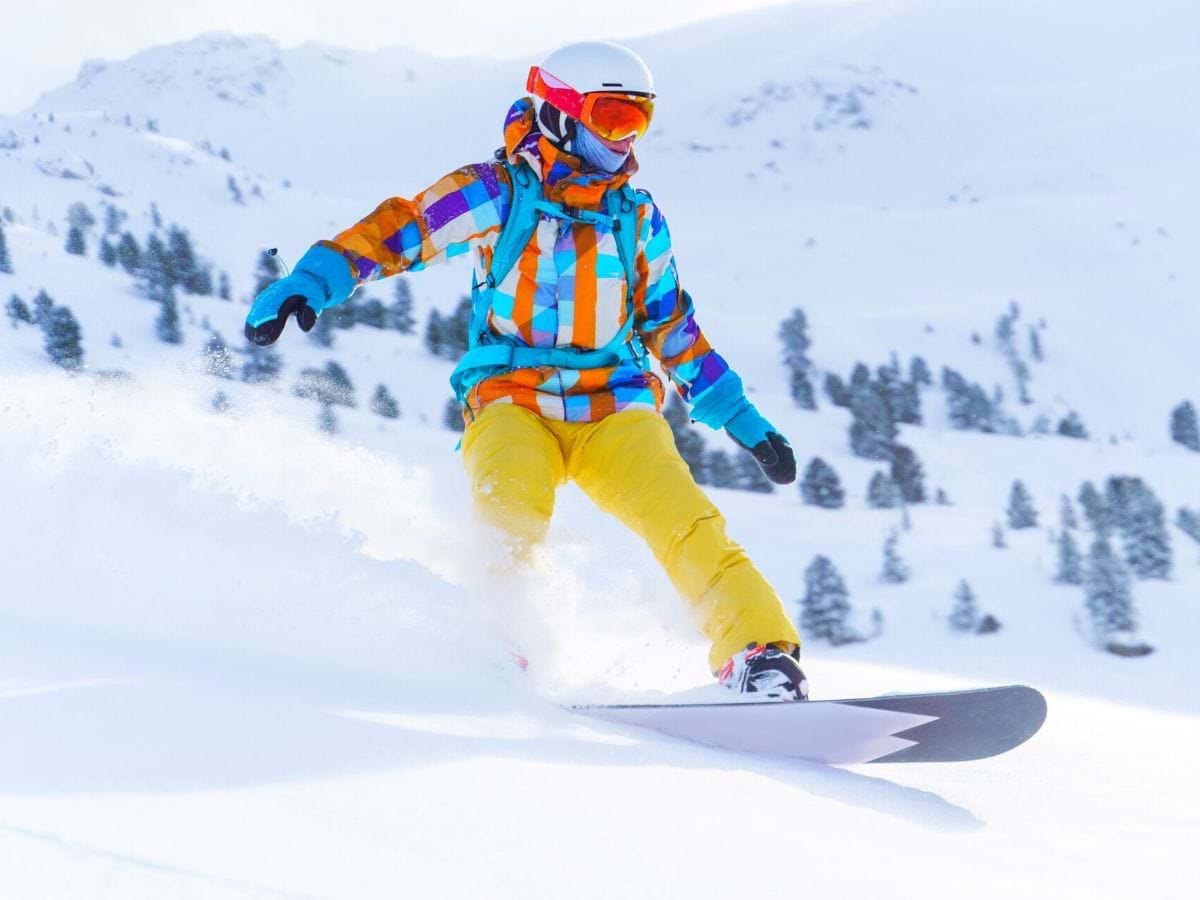 While some Italians are attending midnight mass on Christmas Eve, others are whizzing down the slopes on Christmas Day. In northern Italy people ski down the mountains at midnight, carrying torches as a festive celebration!

5. Bagpipes on the piazzas 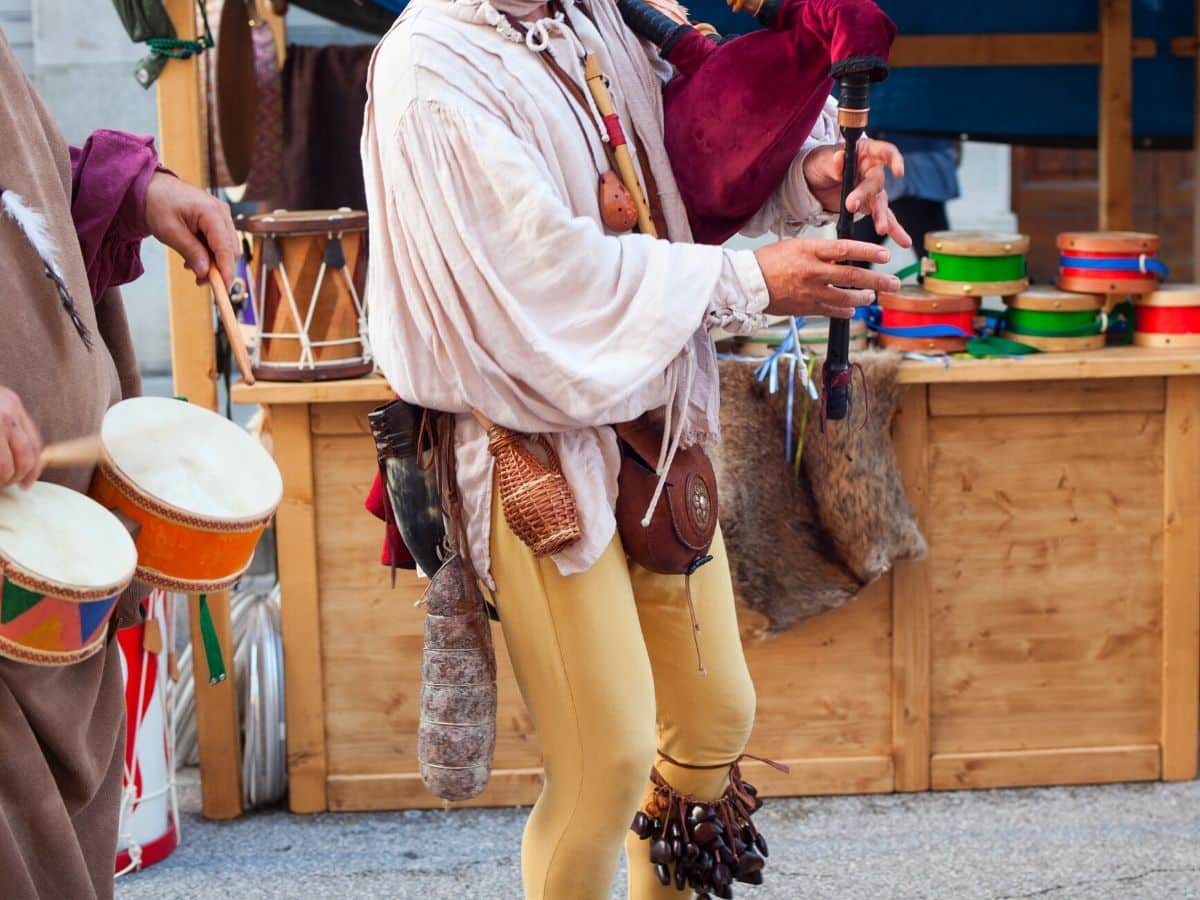 In various Italian cities, and especially in Rome - the Eternal city - you are likely to find men playing bagpipes in the squares across town. Known as ‘zampognari’, they dress as shepherds; this is because, traditionally, it was the shepherds who made the journey from their mountain homes into the piazzas to earn some extra money by playing the bagpipes to anyone who would listen. This was based on the story of the shepherds who visited Jesus on the night of his birth and played the bagpipes for him.

The zampognari tradition dates back to ancient Roman times, and it’s so much fun to see it still continuing in Italian cities and hillside towns today. The pipers wear short breeches with leather leggings, a sheepskin vest with a woolly cloak and also a peaked cap. You might be able to catch the pipers on a Rome walking tour!

6. Gifts from the good witch 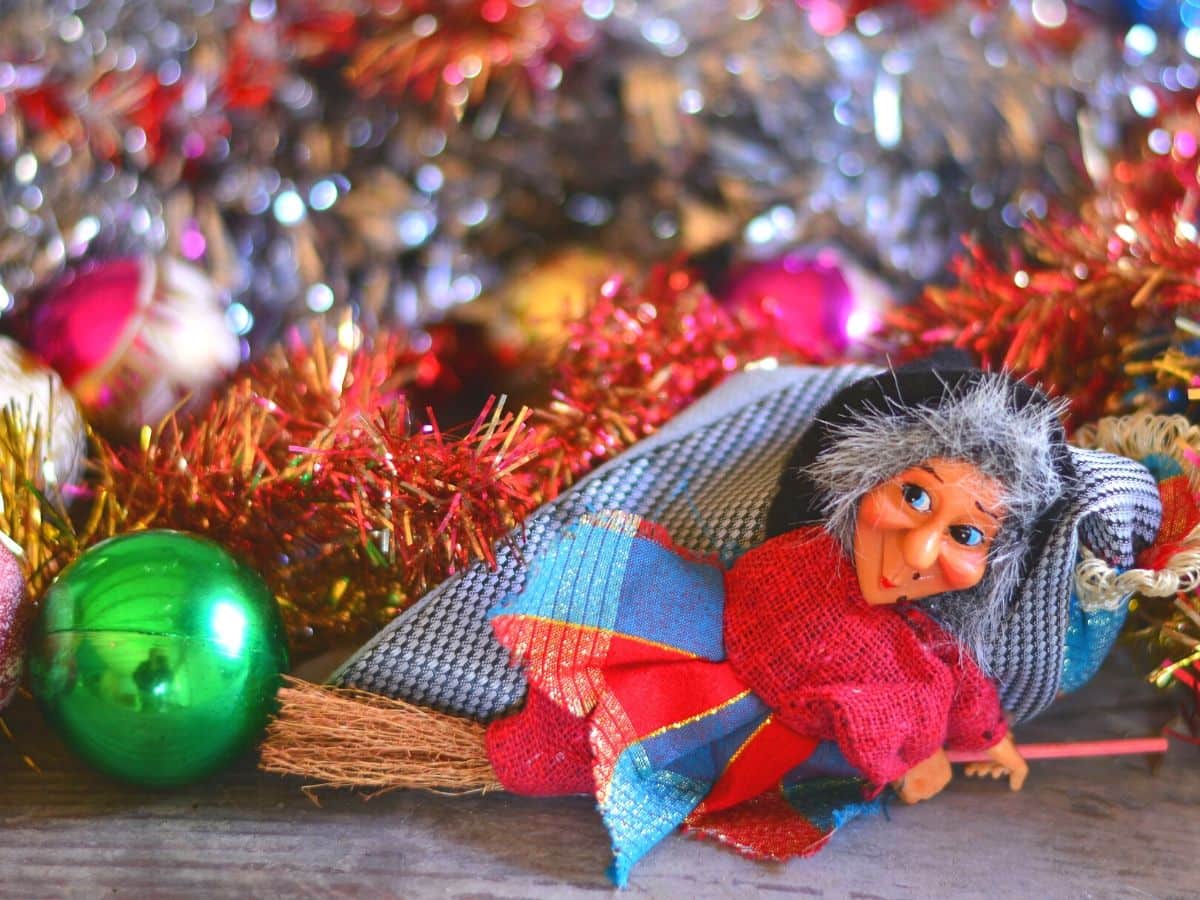 It is not only Santa who brings Christmas gifts. Right across Italy, on January 6 - marking the end of the holiday season - there is a visit from la Befana. This translates literally as ‘the good witch’, and legend says that on this date she would fill stockings with candy for the children on the good list, and coal for the naughty children.

But she didn’t stop there, as she would also sweep the floor: being a good housekeeper, as was in her nature, but it is said that this was also to sweep away the problems of the previous year and leave the family with a fresh slate to go into the year ahead. Her housework, according to the tale, stopped her from venturing out with the three kings on the night they went off in search of baby Jesus. She went off herself later on, with a bag full of gifts for the newborn king. 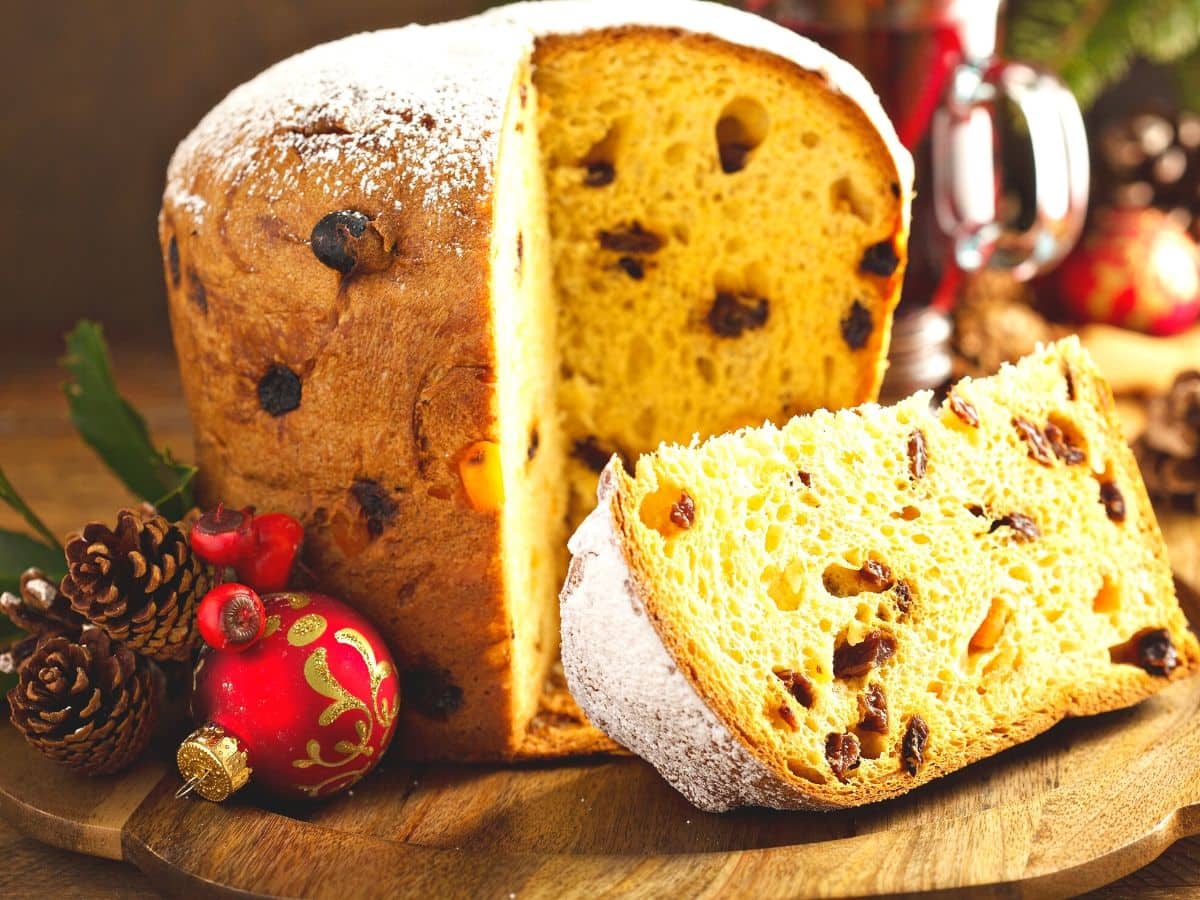 At Christmas, the Italians are especially big on sweet food. Of course, it varies across the country from the city to city - but they definitely have a collective sweet tooth over the holidays! Panettone and pandoro, both examples of sweet bread, are popular across the country and enjoyed by all. But in Siena you’ll find cavallucci on offer: cookies decorated with the image of a house - and on a tour of Rome city you’re bound to spot someone eating spiced nut pastries known as mostaccioli. 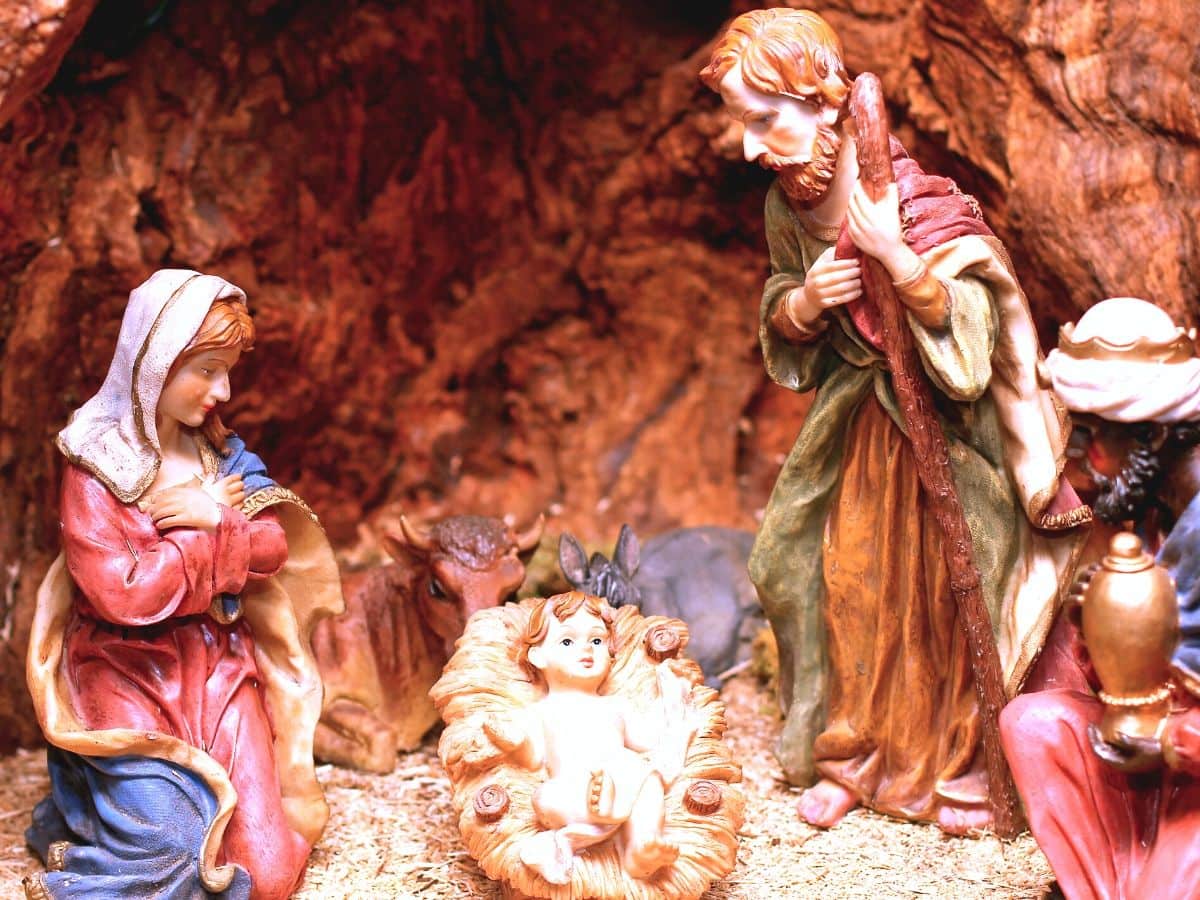 In most Italian households you will likely find a ceppo on display during the festive season. Believed to have originated from the Tuscan area, a ceppo is a pyramid-shaped wooden frame which can be anywhere up to a few feet high. Within the frame there are shelves: the bottom shelf will display a small Nativity scene and those above will have candy, fruit and small gifts on them. A star or little doll may be placed at the top, and sometimes candles are attached to the sides - everyone does their ceppo slightly differently, but the basic premise is the same and they are a popular decoration in Italian homes during the holidays.

Italy at Christmas is incredibly special: spending your day on a Roman Catacombs tour followed by pasta and panettone is so much fun. Whether you’re spending Christmas in Rome with Colosseum views and bagpipes tunes, or elsewhere in Italy, you are bound to have the most wonderful holiday season.

6 Things to do in Paris on a Rainy Day