Take a trip to the Italian capital and you’ll be overwhelmed with architectural wonders, from the ancient grandeur of the Colosseum to the classical beauty of the Pantheon. Even among Rome’s many impressive structures, however, its fountains stand out as particularly special.

These days, we tend to admire fountains purely for their appearance, but there was plenty more to them in times gone by. In the days of ancient Rome, they were the ultimate endpoint for the famous aqueducts – masterpieces of engineering which brought clean water to the city from many miles away.

The people of Rome no longer rush to the city’s ornamental fountains for their drinking water (although the cast-iron fontanelle all over the city do still provide safe, free water), but many are as beautiful as they ever were. Here are just a few of them.

We’ll begin – where else? – at the Trevi Fountain, one of the symbols of Rome and the city’s most famous water feature. The current Baroque fountain dates from 1762, but the significance of the site goes back way further. It marks the endpoint of Aqua Virgo, an important fresh water aqueduct which supported ancient Rome.

Whether you buy into the superstition or not, it’s fun to take part in the tradition of tossing coins into the fountain in the hopes of improving your luck. Just make sure you throw with your right hand over your left shoulder, or the magic won’t work! Go with just one coin, and you’re guaranteed to return to Rome in the future; throw two, and you’re in line for a new romance. Three coins, legend has it, ensure that wedding bells are not too far away.

This ritual is more than just a tourist gimmick. The money deposited in the fountain – an estimated €3,000 per day – benefits the needy by funding a supermarket for the city’s poor. 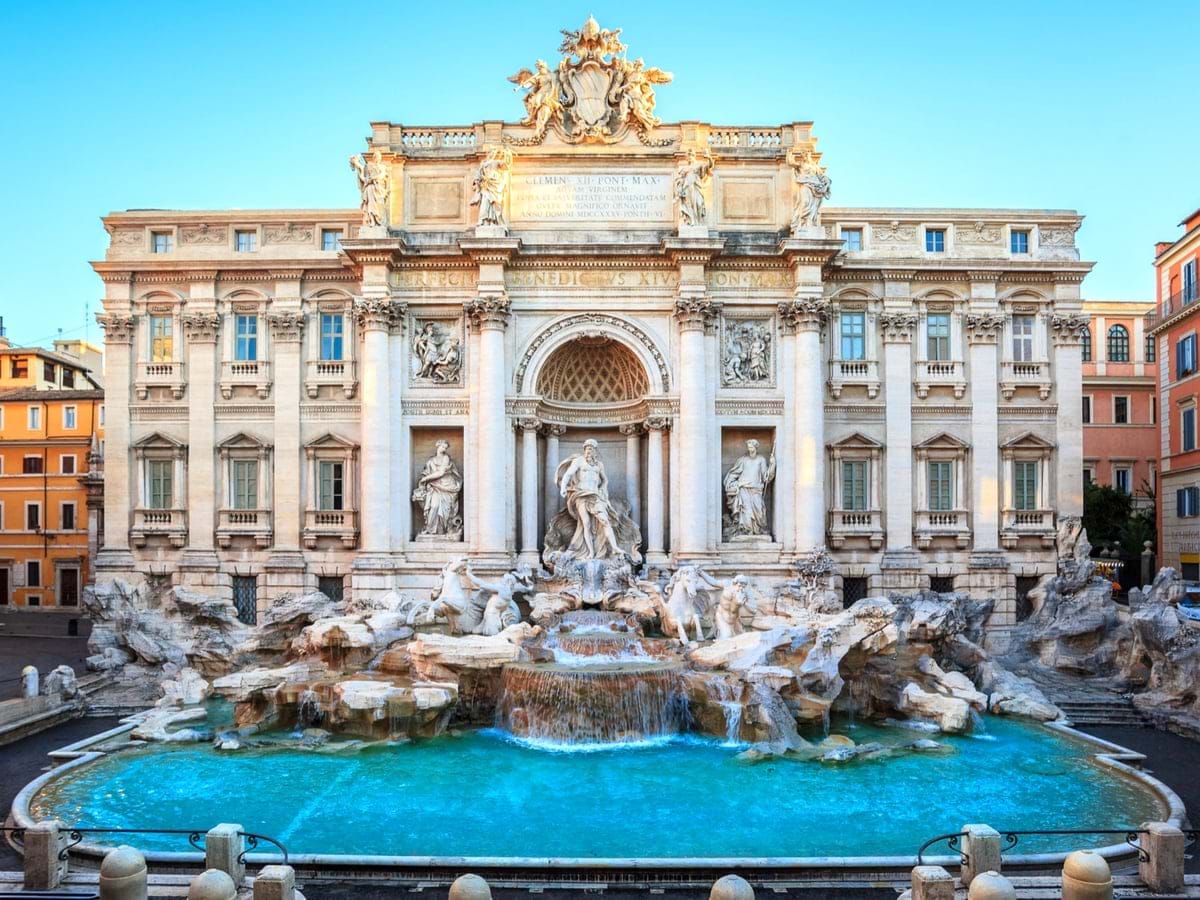 Fountain of the Four Rivers

There’s no-one more closely associated with Rome’s fountains than Gian Lorenzo Bernini, a 17th-century sculptor so talented that he was considered, in his day, the heir to Michelangelo. You can visit several Roman fountains sculpted by Bernini, but the most famous is the Fontana dei Quattro Fiumi, or the Fountain of the Four Rivers.

The fountain was built for Pope Innocent X in 1651, and depicts figures symbolizing four rivers: the Danube, the Nile, the Ganges, and the Rio de la Plata. These great rivers represent Europe, Africa, Asia and America, the four continents recognized by Europeans at that time.

Take a good look at the figures and you’ll notice that each is wonderfully unique. The Nile wears a shroud over his head, reflecting the great mystery (as it was then) of the river’s source. The Danube, being the closest river to Rome, is shown next to the papal coat of arms. The great navigability of the Ganges is represented by the god holding an oar, while the Rio de la Platas is seated on a pile of coins. These signify the riches the Americas were perceived to hold for 17th-century Europeans.

In the center of the fountain you’ll find a much more ancient structure: an Egyptian obelisk, which dates back to at least the reign of the 1st-century emperor Domitian. This combination of the genuinely ancient with neoclassical sculpture makes this one of Rome’s most fascinating fountains. 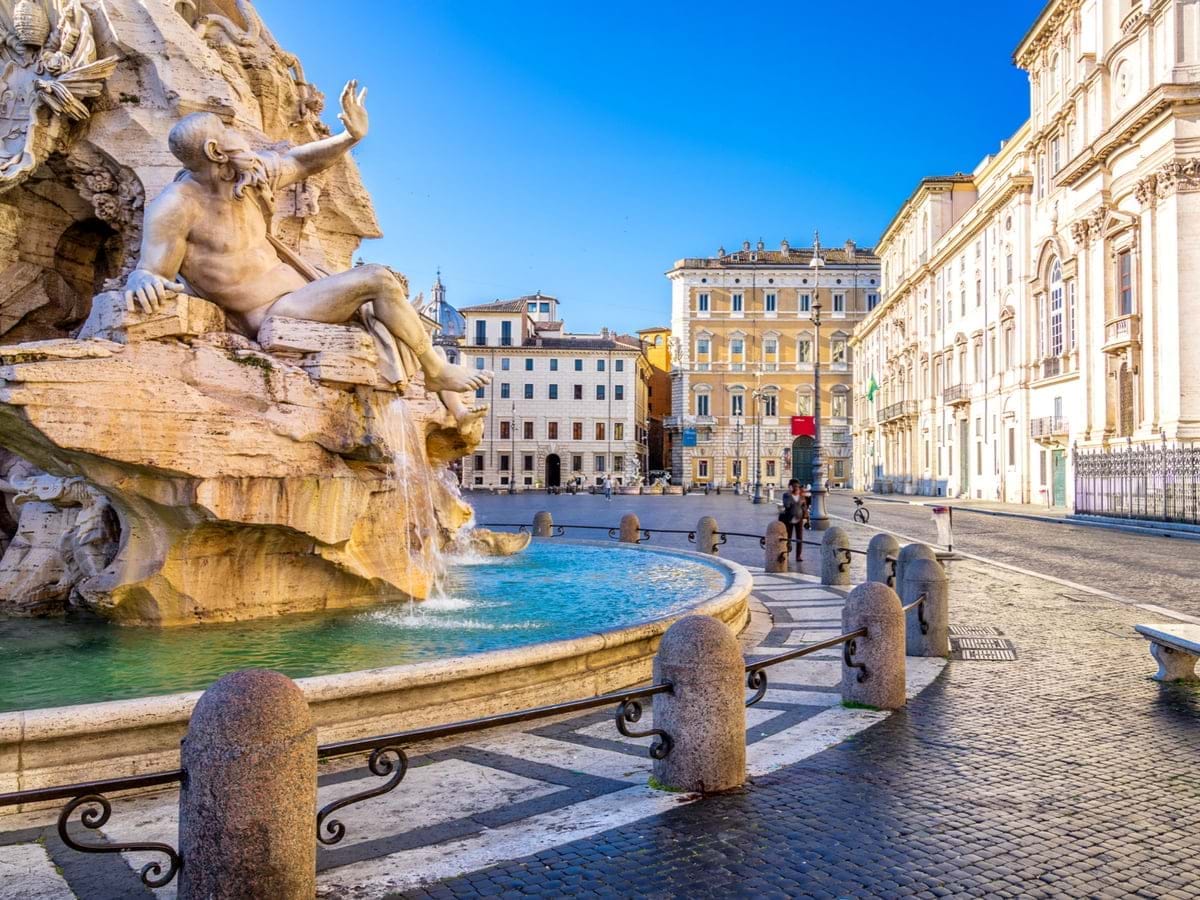 The Fountain of the Four Rivers

Head to the Piazza del Campidoglio to see this fountain decorated with a colossal marble statue dating way back to the 1st century. The statue is the god Oceanus, the embodiment of the sea, and it’s in pretty impressive condition given its age.

Even more significant, though, is Marforio’s status as one of the talking statues of Rome. Back in the 16th and 17th centuries, this and four other statues became important outlets for free speech. People anonymously posted criticisms and witticisms relating to politics and society on the statues themselves.

You’ll still find this practice carried on today. The most famous talking statue, Pasquino, has even lent his name to the English word pasquinade, meaning a public satire. 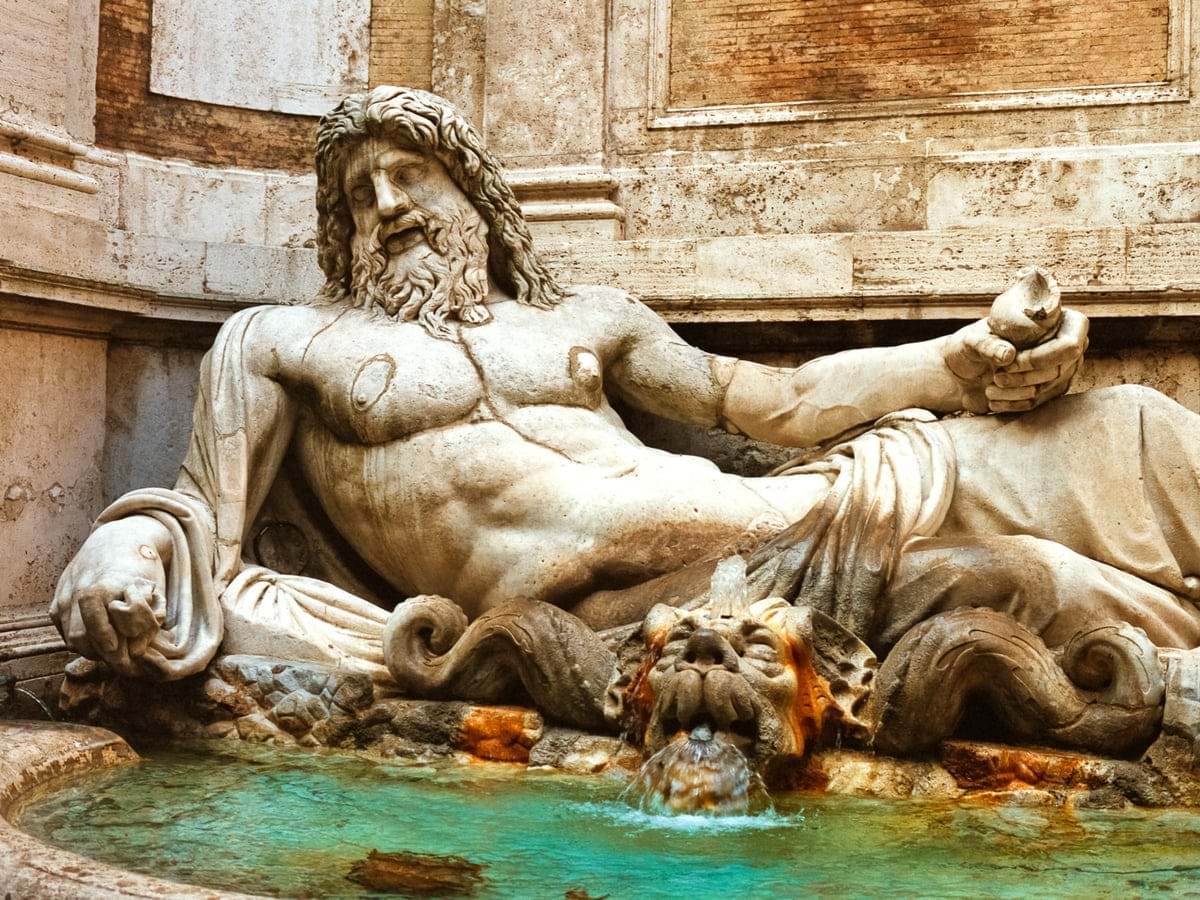 The Fountains of St. Peter’s Square

Along with the Trevi Fountain, these are among Rome’s most prominent water features. Whether you seek them out or not, you’re almost sure to stumble upon them in St. Peter’s Square. This is one of the Italian capital’s most-visited sites (though it’s officially in Vatican City, not Rome, if we’re splitting hairs).

The northernmost of the square’s two fountains was built in 1612 by the architect Carlo Maderno. As was the case with the Trevi Fountain, the site chosen for this fountain was once an ancient Roman aqueduct. In this case it was the Aqua Traiana, which carried water to the city from Lake Bracciano.

The fountain has two tiers shaped like mushroom caps. Its top was designed to shoot streams of water 20 feet into the air. While you’ve probably seen equally impressive water shows countless times, 400 years ago this kind of spectacle had to be achieved using just the forces of gravity. This meant that the fountain’s water source had to be higher than the fountain itself – in this case on Janiculum, a high hill to the west of Rome.

The second fountain in St. Peter’s Square comes courtesy of Gian Lorenzo Bernini, the same master responsible for the Fountain of the Four Rivers. It was commissioned in 1667 by Pope Clement X, and it follows a similar design to the Maderno fountain.

Perhaps no city in Europe boasts as many famous fountains as Rome. Those listed above are worth visiting for their own sakes, but they also feature on many a walking tour itinerary. 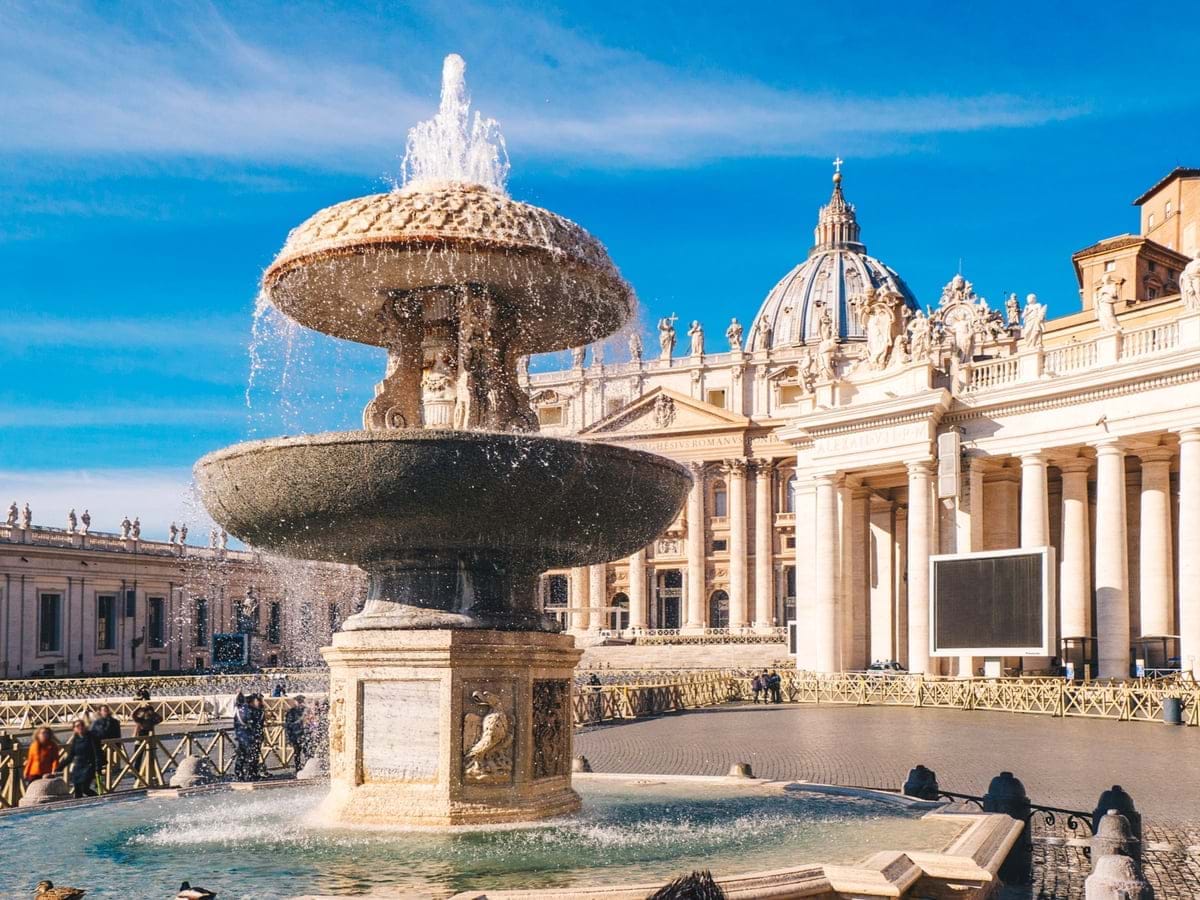 The Fountains of St. Peter’s Square