8 Things You Can Only Buy in Spain

Ah travel and shopping, two of our all-time favorite things. Who doesn’t love picking up a few cute and quirky souvenirs from their travels to take home? These little keepsakes become symbols of cherished memories from your days on the road. Needless to say, some countries’ range of souvenirs is simply superior to others, and Spain is definitely one of those places. Whether you’re taking a tour of Barcelona or lazing in the sun in Seville, be sure take home some of these quintessentially Spanish souvenirs as keepsakes or gifts for your loved ones. Take a little slice of Spain home with you with this guide to things you can only buy in Spain. 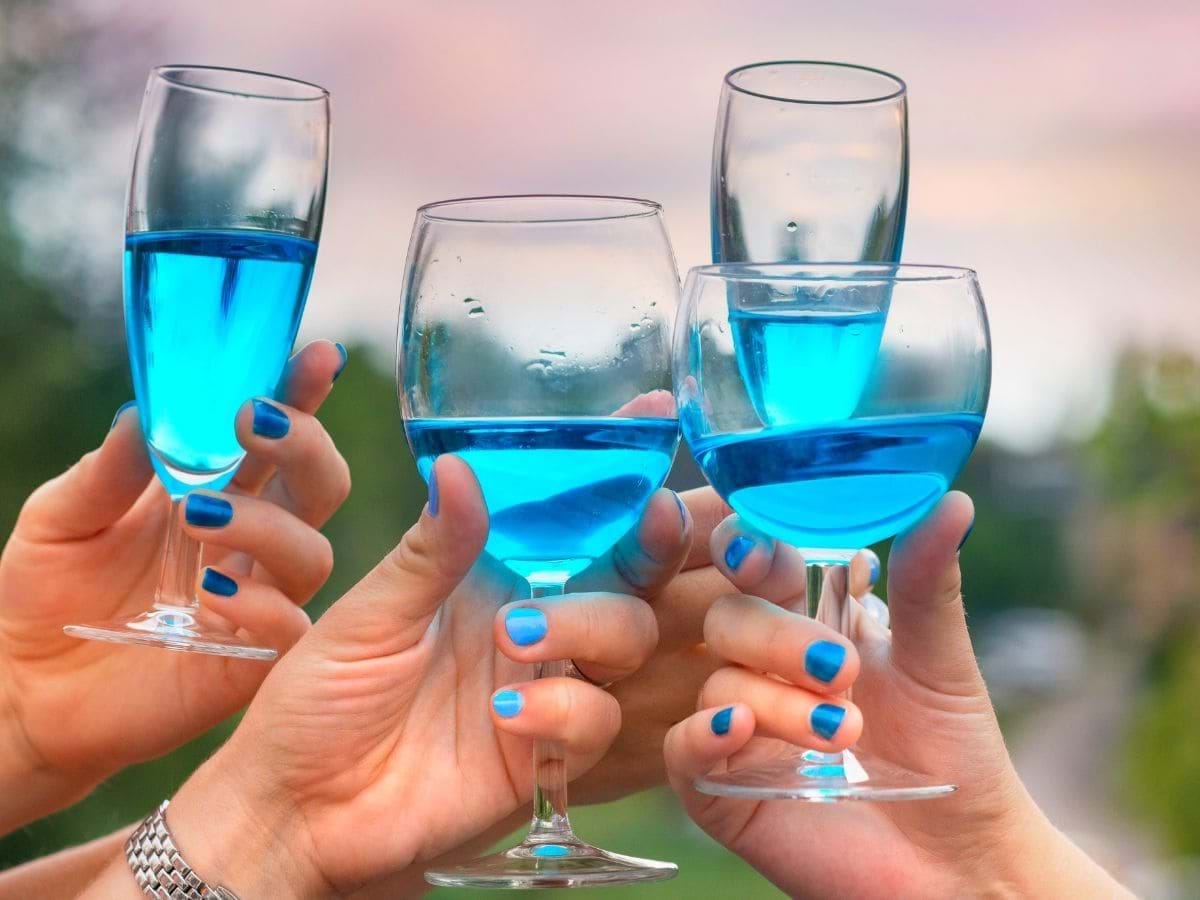 Back in 2016, the Spanish beverage company Gïk launched the world’s first-ever blue colored wine. This colorful bottle of vino was the source of much controversy among Spain’s prestigious wine community. However, since it’s launch the wine has grown into a popular phenomenon across the country. Visitors to Spain are eager to try a glass of this novelty beverage, while international connoisseurs considered it a must-taste drink while visiting the country. Don’t be fooled by its unusual vibrancy, the wine is all natural. It is made by mixing red and white grapes with a natural colors and flavors. Be sure to try a glass of this blue wine in selected restaurants or take a bottle with you to enjoy with your loved ones at home. 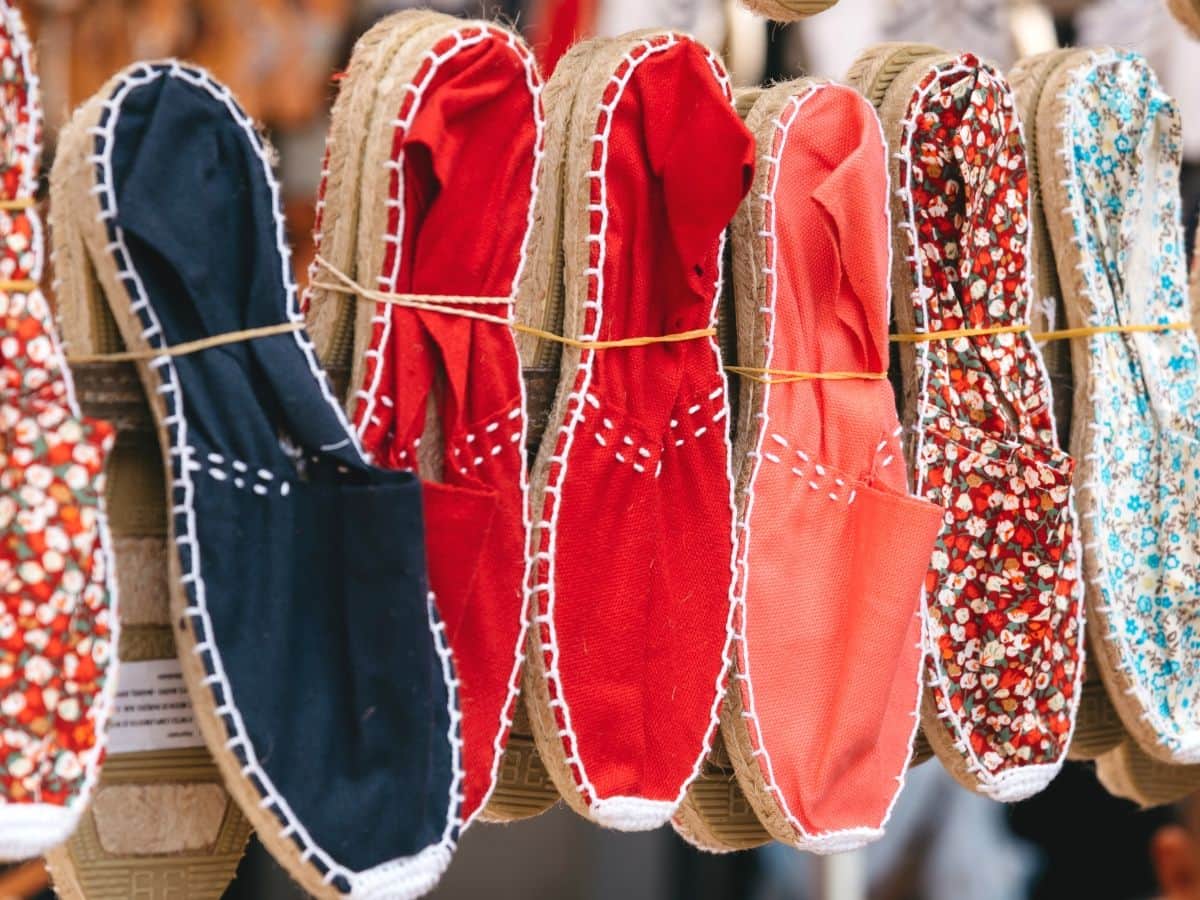 Ok, so we know this rope-soled shoe is a popular choice of footwear around the world. You’ll find canvas-clothed, straw-soled shoes claiming to be ‘Espadrilles’ on the high-street or online stores wherever you’re from. However, the genuine article can only be bought in Spain. These shoes have been a stable in Spain for centuries. Casa Hernanz, in Madrid, is one of the longest running espadrille manufacturers in Spain and has been in operation since 1840. This light footwear was once worn purely by the poor and the working class. It wasn’t until Hollywood actress, Lauren Bacall, donned a pair in the 1948 film Key Largo that they were considered fashionable. They have been a summer wardrobe favorite ever since.

Take a can of party air with you wherever you go with this unexpected souvenir. Aire de Ibiza is just that. Back in the summer of 2016, a couple of savvy friends started to sell cans, filled with the local air, from their ice-cream parlor on this eccentric party island. Believe it or not, their product was a massive hit and is now considered a must-buy among tourists to the island. 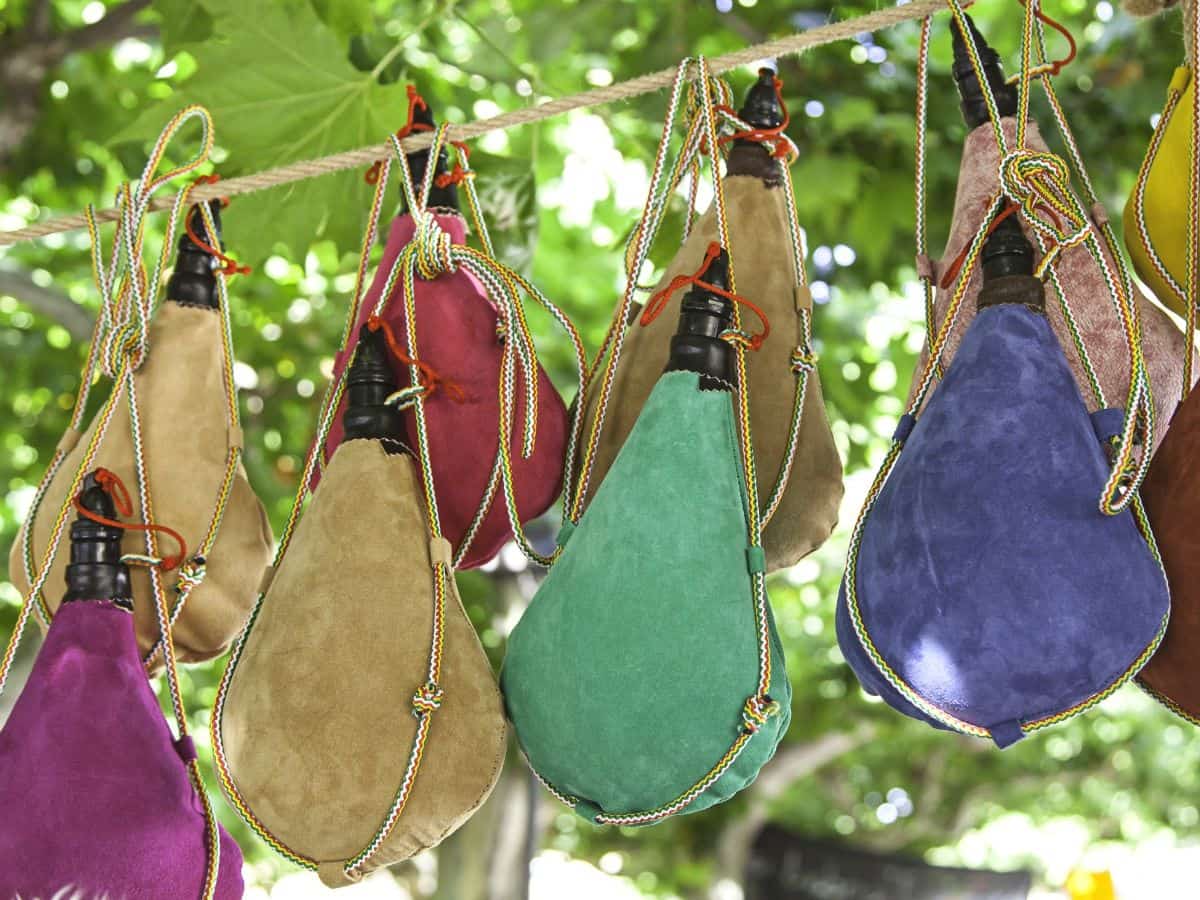 Did you even go to Spain is you didn’t buy a bota? A bota, or wineskin, is a traditional Spanish leather drinking vessel. This sack-like object is the Spanish version of a hip-flask and is carried across your shoulder like a handbag. While drinking from the bota, locals angle the vessel in a way that the liquid can shoot out into the drinker’s mouth, without them having to touch the rim of the bota with their mouths. This way, groups can share drinks from the same bota when socializing together.

Spain is the birthplace to one of the world’s most iconic dance forms, flamenco dancing. Take some of the traditional Spanish culture home with you when you buy a flamenco dress, shawl or shoes on your Spanish vacation. If this whole costume is a bit too bulky for your backpack, you could get some castanets instead. These are the rounded wooden shells that dancers hold in their hands and clap together as a percussion beat.

6. Fire water from the North of Spain

Not for the fainthearted, Orujo (or fire water as the locals call it) is a spirit with over 50% alcohol content in it. It originates from the north of Spain, where locals have been distilling and consuming the beverage for generations. 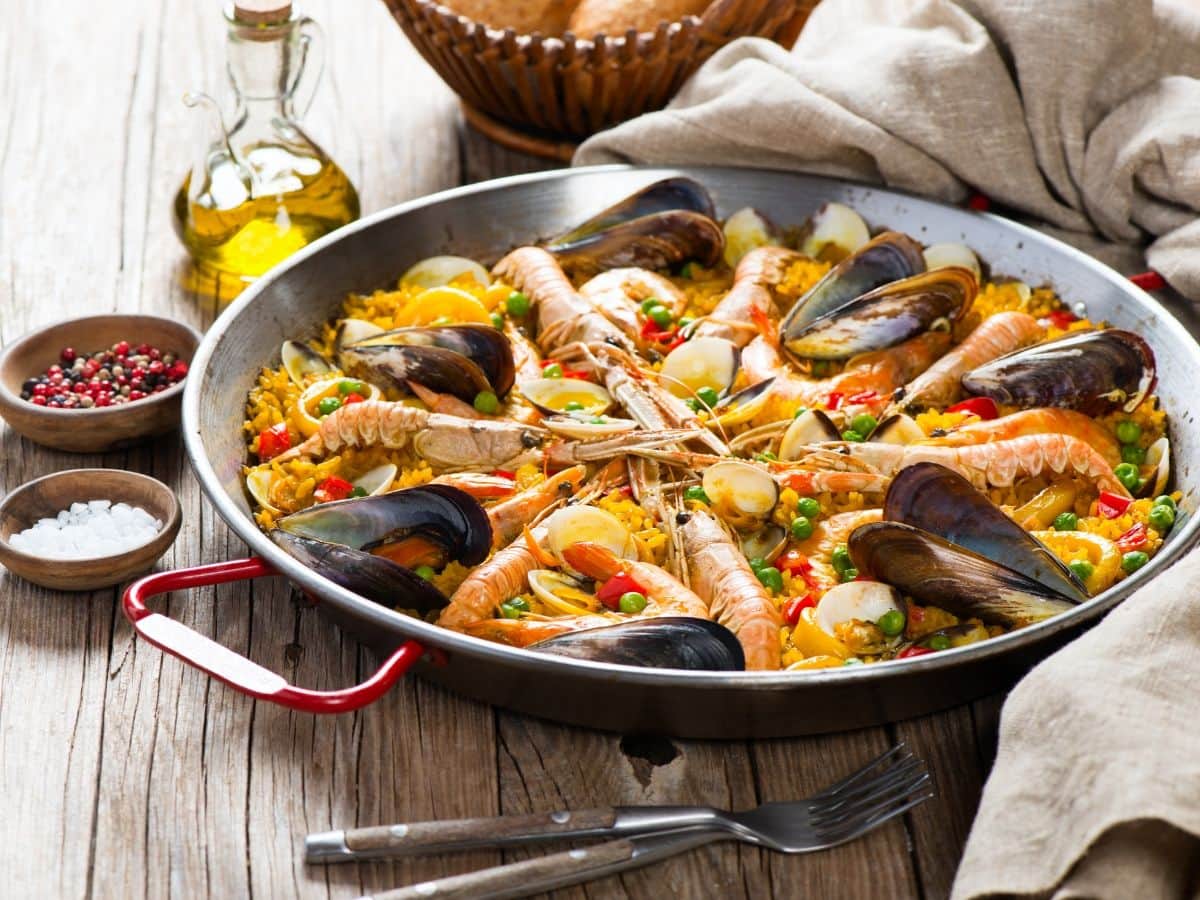 Wherever you go in Spain, paella is always on the menu. Now you can recreate this scrumptious Spanish dish at home with your very own paella pan, all you need is a sprinkle of saffron. As our palates and culinary customs are becoming increasingly more cultured, many foodies have been sourcing paella pans from Spain. Of course, Valencia is the home of paella, but you can get your hands on a paella pan wherever your tour of Spain takes you. 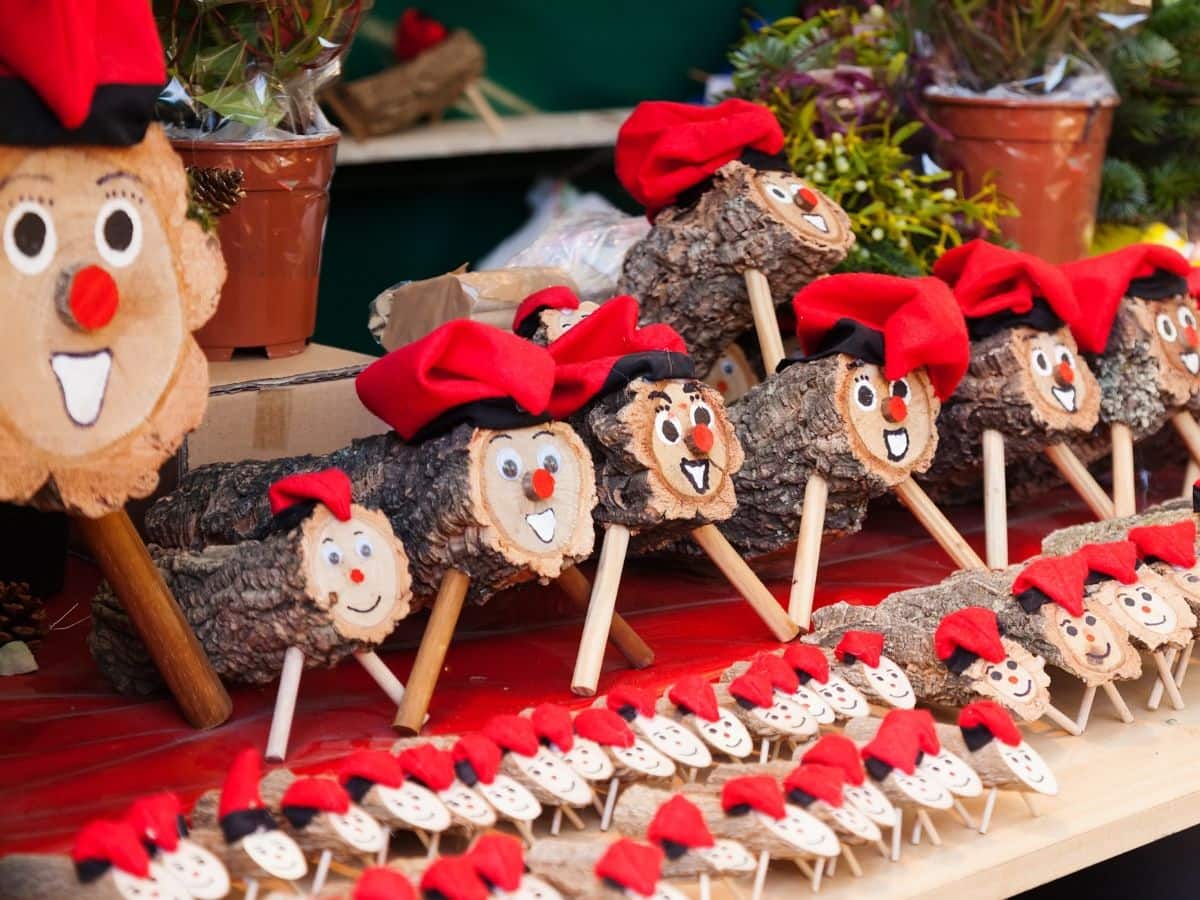 The holiday season always brings out the quirkiest of customs, and Christmas in Spain is no different. During the holidays, in the Catalan region, you’ll find a little toy log named the caganer in every nativity scene. In this tradition this wooden log poops out candy and gifts for children over the Christmas period. It is meant to be a symbol of good fortune for the year ahead. This is for sure one of the craziest Christmas customs we’ve ever hear, and we’re totally here for it!

Whether your Spanish vacation takes you on a Monserrat day trip from Barcelona or to discover Guadí’s masterpieces, take a little bit of Spain home with you with one of these unusual Spanish souvenirs.