Every country has its own specific cuisine and with that comes the stranger side of the menu. Wherever you travel to, you’re sure to come across food that will be totally new to you that you may be apprehensive to try. But you never know, it could be completely worth it and become your new favorite! With that in mind, today’s post is all about the weirdest foods to try in Spain. Do you dare to take the plunge? 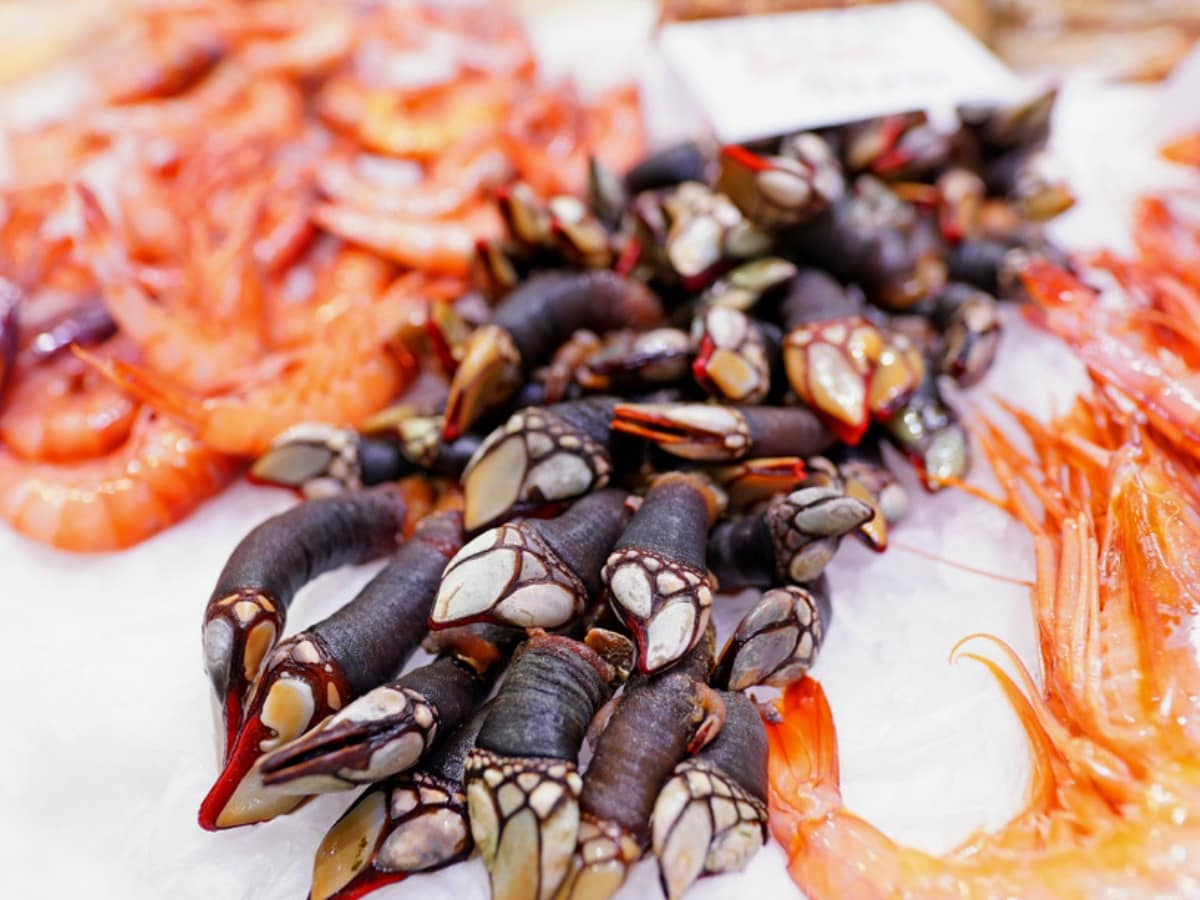 Funnily enough, they have approximately nothing to do with geese. Also known as Pedunculata or percebes, goose barnacles are filter-feeding crustaceans that attach themselves to rocks and cliff faces and are usually found on the coast of the oceans. Unsurprising, seeing as they’re crustaceans. They’re seen as a delicacy in Spain and Portugal, and despite being widely consumed throughout, they’re extremely expensive. This is because they usually live in spots that are difficult to reach, so a lot of risk is involved for those who collect them. Before serving, percebes are boiled in brine and served whole. In order to eat them, you remove the innards from their scaly case, remove the claw and eat the remainder. Feeling brave? They’re more appetizing than they sound, we promise! 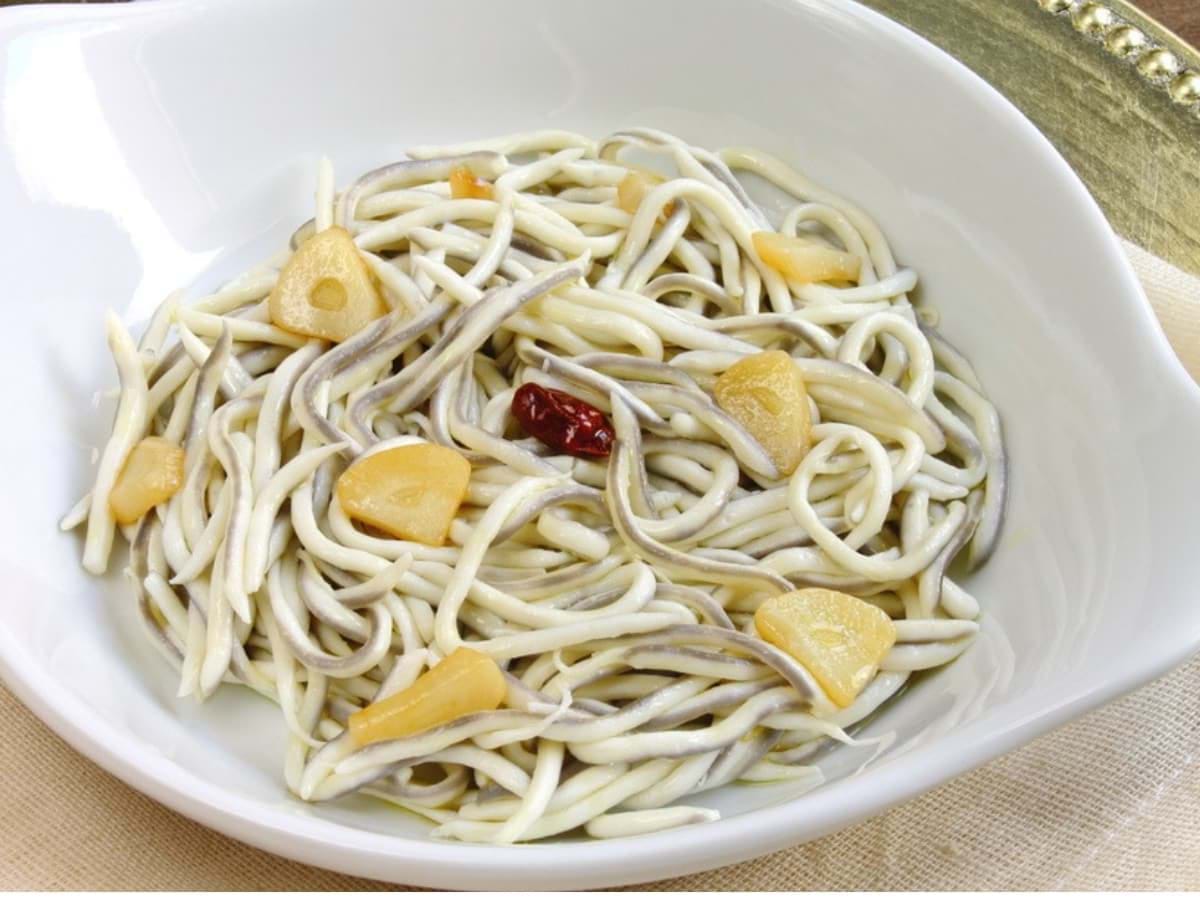 Don’t be fooled, this does look like a plate of spaghetti, but it couldn’t be further from that! What you see above is a portion of skinned baby eels, also known as angulas, which are another expensive delicacy in Spain. The usual way to make them is to sauté them in olive oil, adding plenty of garlic for a delicious flavour. If splashing out isn’t your thing, you can also get a less expensive alternative called gulas, which is equally as delicious but nicer to your wallet. These are made from surimi, which is a Japanese word for minced fish. Spain is known worldwide for its delicious seafood, so why is this any different? Strange as it may be, there’s every chance of it being delicious too! 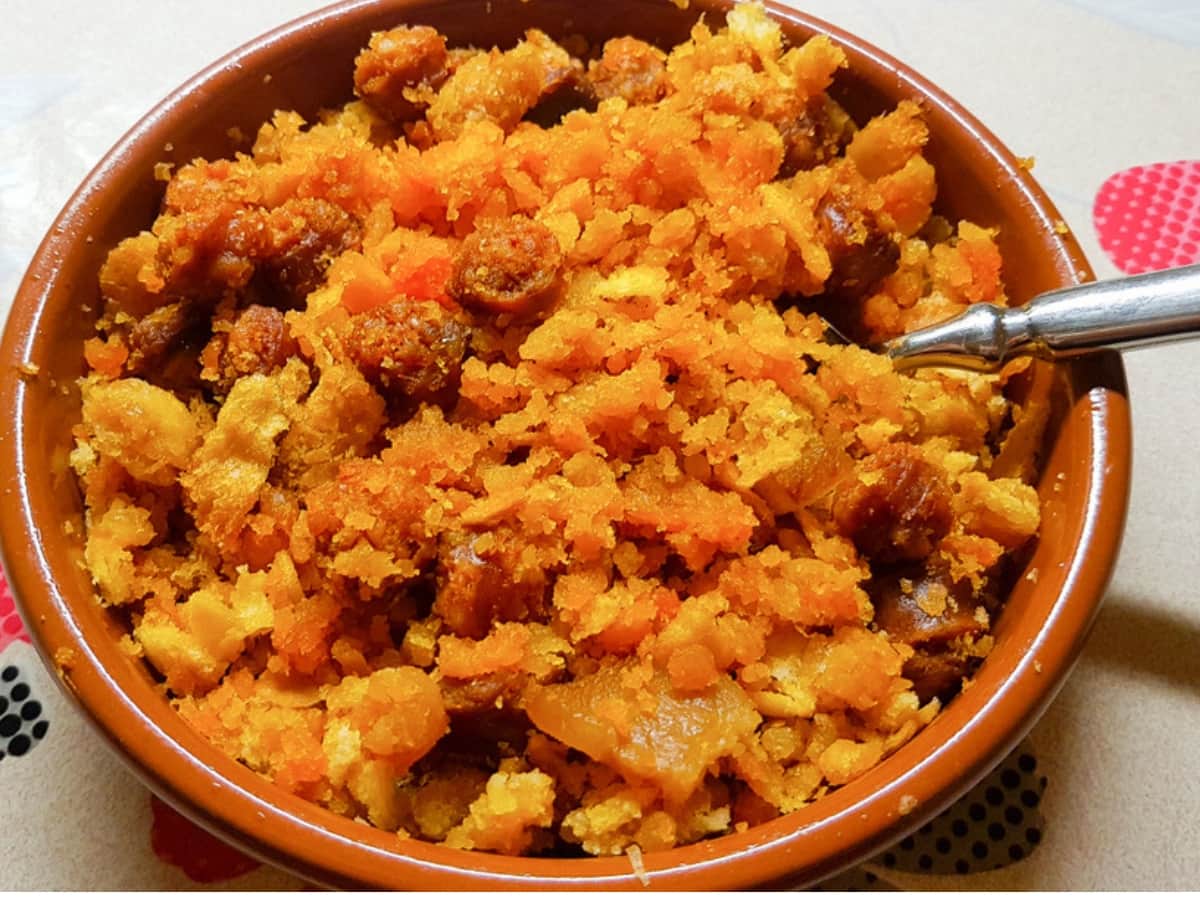 But not in the way you’re expecting them! We usually know breadcrumbs as the main ingredient in two specific meals: stuffing, or desserts. The Spanish equivalent is known as migas and is served savoury on its own. They’re usually fried with paprika, garlic and olive oil, and make a wholesome and filling main course that’s enjoyed throughout Spain.

If you plan on potentially making it yourself, it’s best to use bread that’s somewhat stale, as the finished meal will stay together better. The bread is moistened and left to set for 20 minutes. Olive oil and garlic are added to a frying pan to coat it, ensuring that the bread picks up all of the flavor. When you add the bread, stir is constantly and break it up into smaller pieces until it resembles the consistency of breadcrumbs. The end result should be soft on the inside and crispy on the outside. Serve with pepper and chorizo sausage, and dinner is served!

Be sure to check out our selection of Barcelona tours!

Barcelona Food & Drink Once in a Lifetime Inside Destinations