London is a beautiful city that offers picturesque views around every corner. The skyline is instantly recognizable with its unique architecture but sometimes you need to go a little deeper to discover that scenic surprise that will stick in your memory long after you leave.

Remember that this city is the location of the Royals, the Beefeaters and Harry Potter. There is no shortage of stunning views to be had, once you know where to look.

Our post gives you the inside track on where to see splendid vistas from various points in the city. No matter whether you’re in London to visit the Royals, follow in Harry Potter’s footsteps or hear the Beefeaters cry “off with your head” at the Tower of London, a gorgeous London view is never far away from you!

1. Reach For the Sky in the City of London 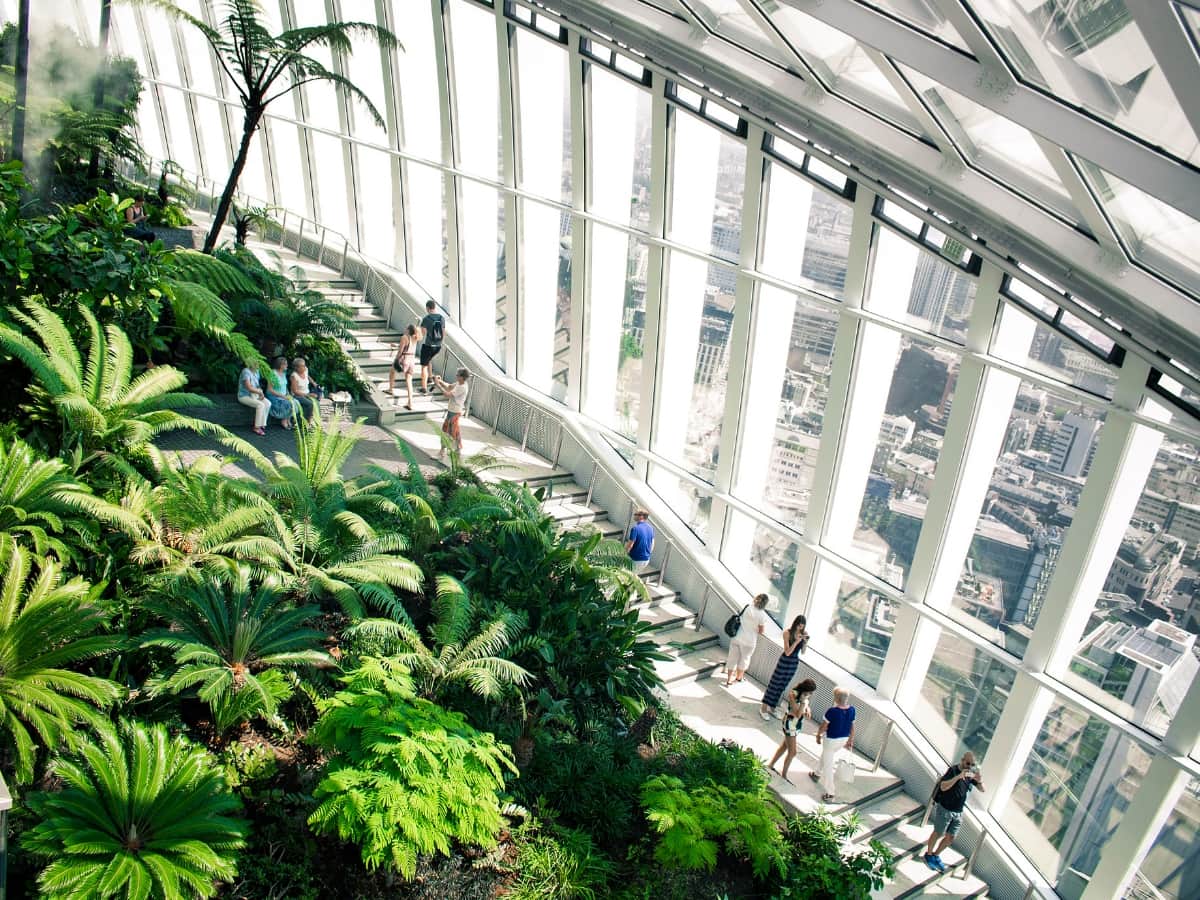 London city center has many charms, but the most unexpected of all must be the tropical gardens hanging from the sky in Aldgate. Originally called East Gate, Aldgate is one of the oldest parts of London. In fact, it is first mentioned in the historical record in 1052 - that’s how old it is!

The Sky Garden was designed as an urban jungle to counteract the noise of the city at the top of the famous Walkie Talkie building (so named because of its shape).

Along with the lush plants, you’ll have views that stretch up and down the Thames from this remarkable viewpoint in London which is just 10 minutes from the Tower of London.

The Sky Gardens are free for the public to visit, you just need to book.

2. The Best Royal View From a Bridge 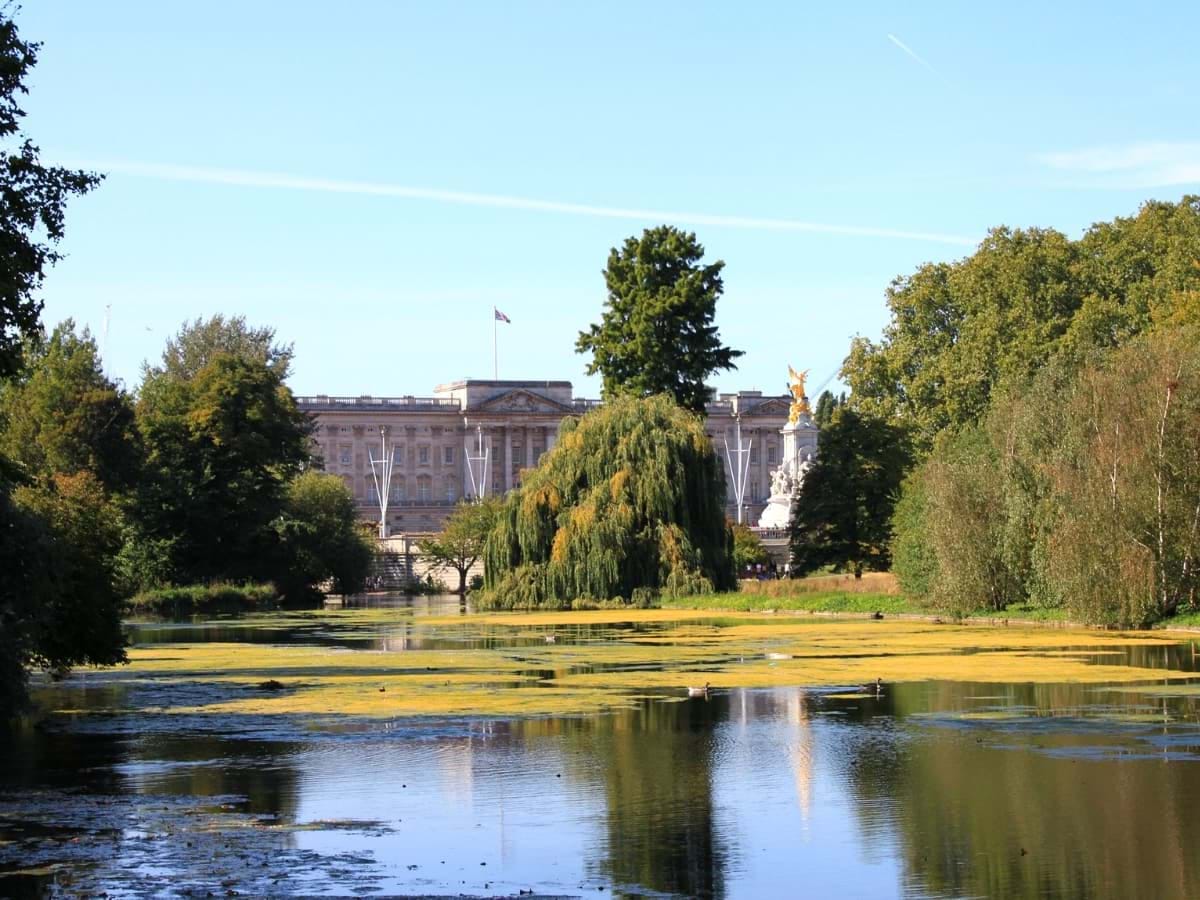 If you’re near Buckingham Palace, in Westminster, and asking yourself “what great viewpoints are near me”, the answer is St James’ Park.

Not only will you have an opportunity to see one of the oldest royal parks (it was started by Henry VIII in 1532), but you’ll also have the chance to view the Palace, Horse Guard Parade, the Shard and London Eye framed by trees from the Blue Bridge, making it a perfect photo spot.

The park was notoriously used by Charles II to entertain his mistress Nell Gwynn but today it is famous for the colony of pelicans that lives on the lake. 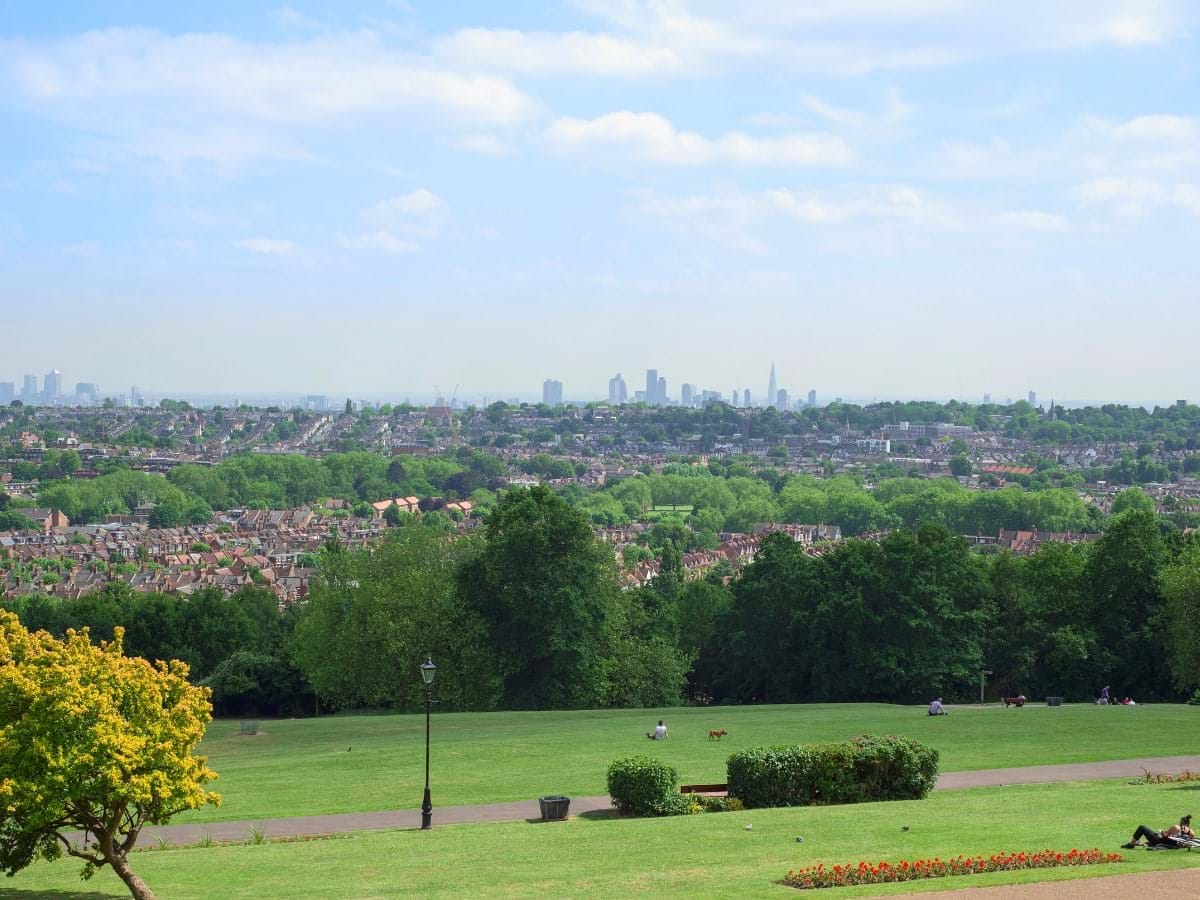 If you’re looking for some of the best views in London, heading to North London’s Alexandra Palace is a smart move. Located between Muswell Hill and Wood Green, Ally Pally, as the Palace is fondly called, was built in 1863 with socially democratic values in mind.

An Act of Parliament decrees that the Palace and Park around Ally Pally belong to the public forever. Originally called “The People’s Palace”, you can see some of the best of London’s skyline like the Shard and St Paul’s Cathedral from the Palace grounds.

4. The Leaky Cauldron in Leadenhall Market 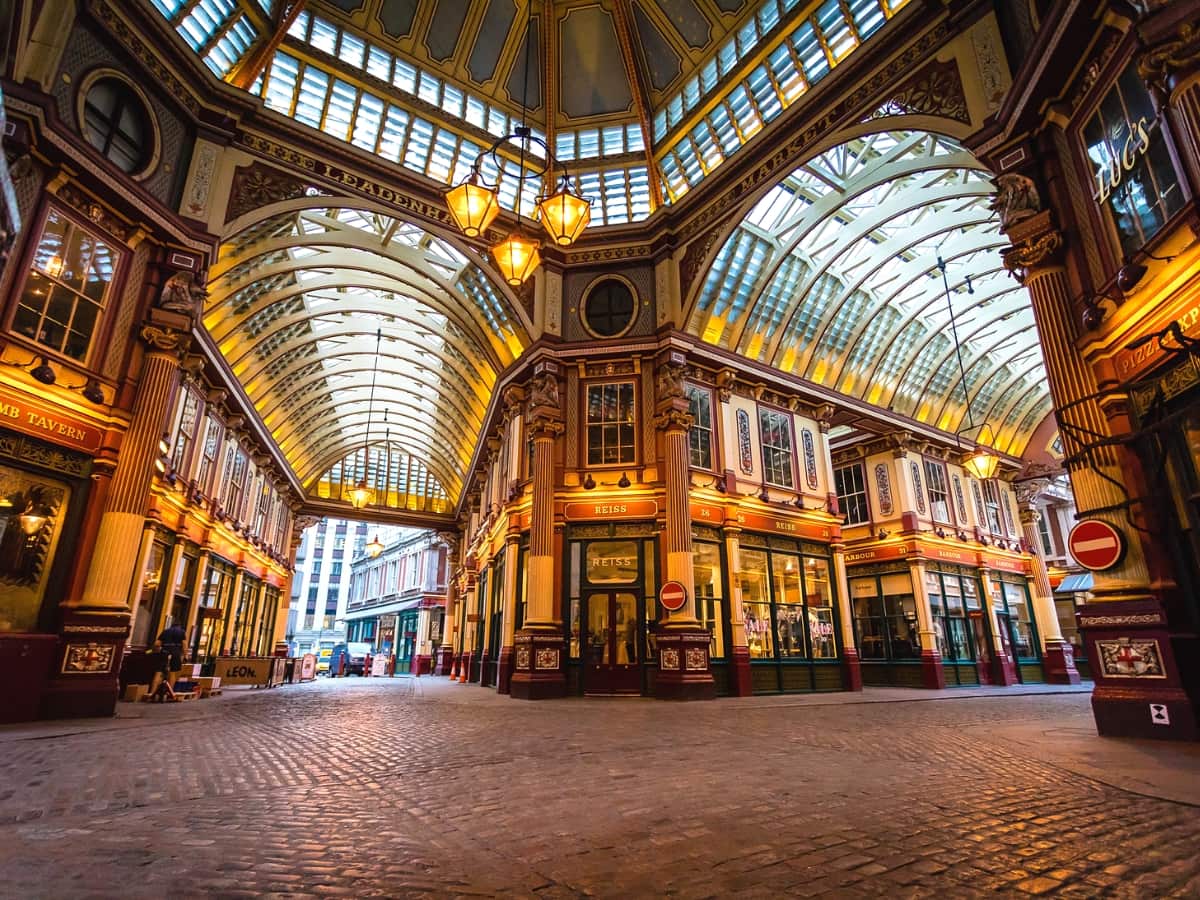 One of our favorite views in London is in the financial district and is exactly what historians mean when they speak about Industrial Britain. Its roots go back further. At one time, it was the largest Roman market outside Italy.

The famous London mayor, Dick Whittington, leased the building and after the Great Fire, it became a covered market, so it is our only indoor view on the list.

The reason why it offers the best views is that the green and maroon wrought iron roof, ornate redbrick Victorian shops, and cobbled streets are now instantly recognizable as Diagon Alley from Harry Potter.

This is the home of the Leaky Cauldron pub and it is just like being in the movie so you know you are in Instagram territory.

5. Live out your James Bond fantasies near St. Paul's 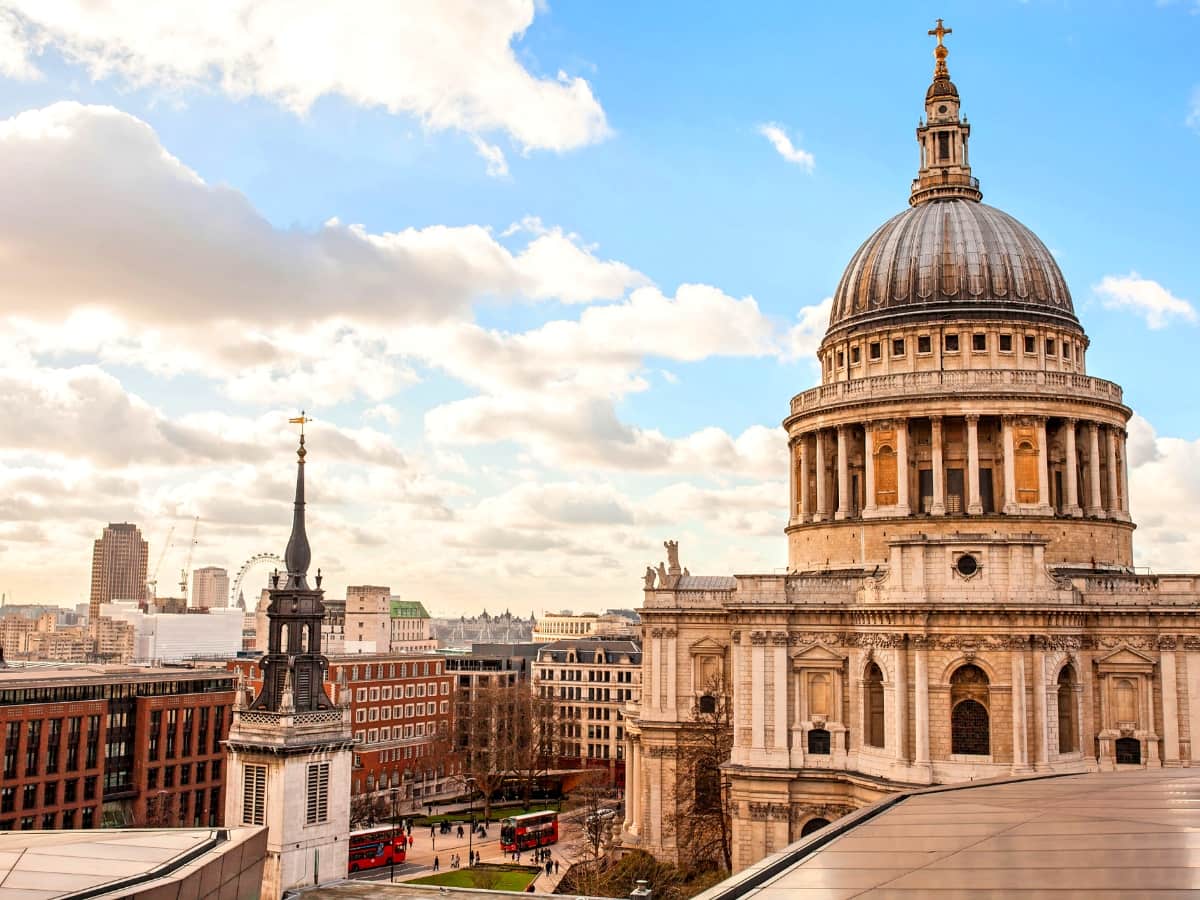 Another spectacular London view is available right in the center of this thriving metropolis only 20 minutes from the Tower of London. Right next to St. Paul’s Cathedral is One New Change and its skyscraper credentials come with views to die for.

Whizz up to the public viewing area in a glass lift that’ll have you feeling like a secret international agent in no time. There’s a very high-end bar and restaurant in the same building. Expect to bump into a lot of city slickers.

London will delight your eyes with incredible views once you know where to look. If you have any doubts about where to go, we offer the choicest views of Buckingham Palace, the Tower of London and the inside of the Harry Potter Studios.

If you have your own personal favorites that you think we should have on our list for London, let us know on our Instagram page.