Direct Flights to London from the USA

Maybe not all roads lead to London but more than a few flight paths do.

Many different direct flights to London from USA connect various US cities with the English capital. Flight times vary, but flying into either London’s Heathrow or Gatwick airports immediately brings you into the hustle and bustle of one of the most exciting cities on earth.

We look at the variety of flights you have to choose from in this post. Then we share how you can quickly hop from London’s airports into the city for the time of your life. 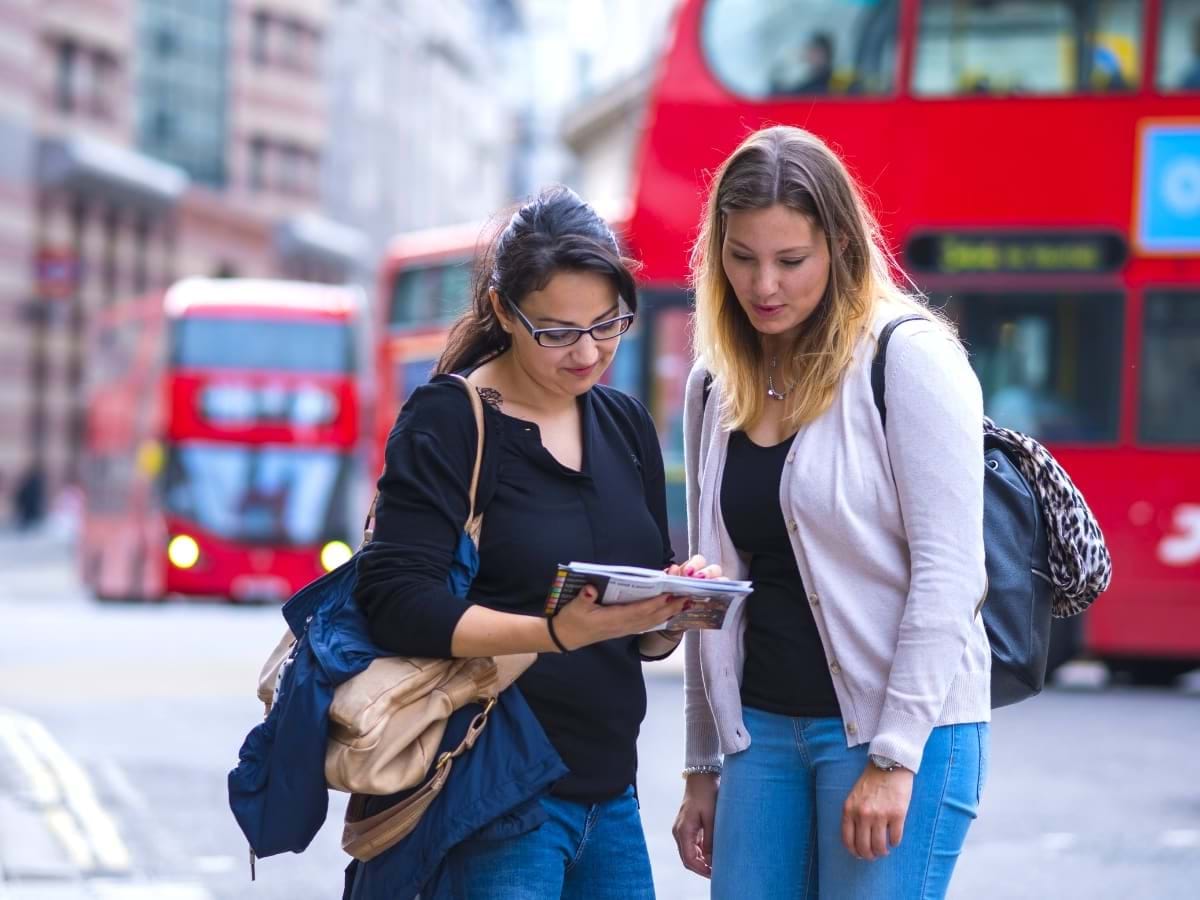 Flights to London from Atlanta

Hartsfield-Jackson Atlanta International Airport (ATL) has served more than 100 million passengers per year for the last three years. We’re willing to bet that a fair percentage of those were winging their way to London!

We can make this claim based on the daily number of direct flights to London from Atlanta.

Delta and American Airlines, two of the largest US airlines, make daily flights to London. A lot of European carriers also make daily, non-stop flights from Atlanta to London. These include KLM, Iberia and Finnair. And British carriers, Virgin Atlantic and British Airways, fly to London too from Atlanta.

Flights to London from Boston

The Boston Logan International Airport is another hub within the USA that offers a lot of flight options to London. An added benefit is the easterly location of Boston’s airport which means only a 6.5-hour flight to get to London.

Daily, direct flights by US carriers are provided by Delta and American Airlines. There is also a wide choice of other non-stop flights provided by UK and European carriers. UK carriers, Virgin Atlantic and British Airways, provide daily flights. Air France, KLM, Iberia, Norwegian Air UK and Finnair, are the European carriers who provide daily flights to London from Boston.

Flights to London from Chicago

United Airlines, another of the USA’s carriers, makes a daily flight from Chicago to London. American Airlines does too.

Flights to London from Los Angeles

West Coast USA might be a long way away from the British Isles, but it’s a brilliant place from which to travel to London. Admittedly, West Coast USA is a big place. But Los Angeles International Airport, referred to as LAX, serves a significant part of it.

Flight times might be longer (10.5 hours on average), but you still have a choice of flights to whisk you to the land of cucumber sandwiches and royal pomp and splendor.

Flights to London from New York

New York is the city that never sleeps. It’s also the city that’ll get you to London in under seven hours if that is your dream. Delta, American Airlines and United Airlines all make daily, direct flights to London from New York. So do the two British carriers; Virgin Atlantic and British Airways. And remember, you have a choice of European airlines that will happily whizz you over to London too. These include Iberia, Finnair, Air France, KLM, Lufthansa, Austrian Airlines and Norwegian Air UK.

When you get to London 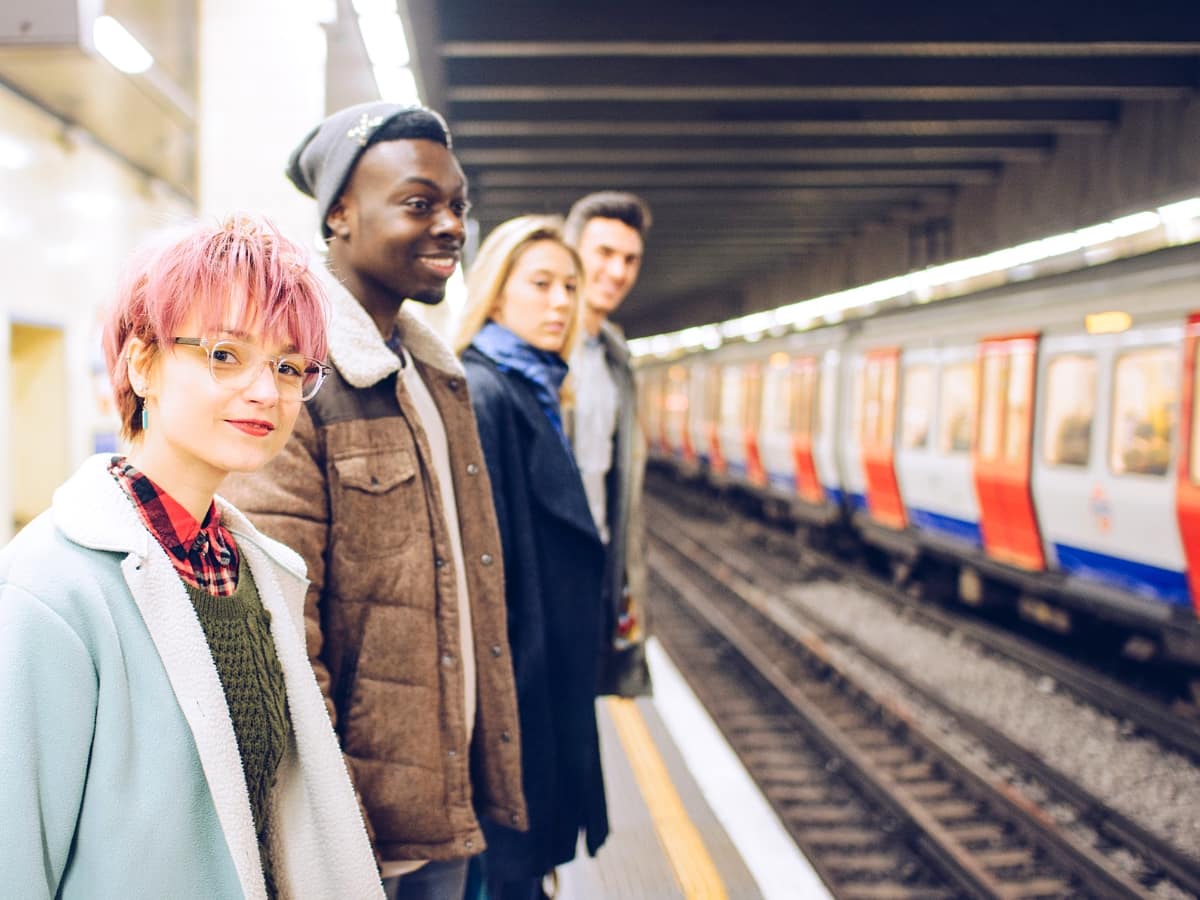 London welcomes its visitors with open arms. One of the ways it shows its hospitality is by making travel as easy as possible.

As an international visitor, it’s likely that you’ll arrive at either London Heathrow or London Gatwick airports. Both of these can have you in the city center in quick time.

The Heathrow Express travels from Heathrow to Paddington station every 15 minutes. Alternatively, you can hop on the London Underground (known as the Tube) to get into the city. It takes longer but is more cost-effective than the Heathrow Express. You can also use your US bank card to get onto the Tube; you don’t need to purchase a specific ticket for the Tube.

If you arrive in Gatwick, you can jump onto the Gatwick Express and arrive at London Victoria station within 30 minutes. Buses are also available to take you into London from Gatwick.

Then, once you’re in the center of the city, enjoy one (or more) of our London tours. One of the best ways of all to get into the swing of things is to experience London’s connection with royalty. Our Buckingham Palace tours are designed to introduce you to royal life with all its pageantry. Or you can combine a tour of Buckingham Palace with a high tea.

After all, when in London do as the Londoners do!

Best Spots for Breakfast Before Your Colosseum Tour