Your Guide to London's Camden

From the renowned market to the varying music scene, Camden is a must-see when in London. With a multitude of restaurants, bars and clubs throughout, it’s also littered with quirky shops, as well as out-of-the-ordinary ways to spend your day. In today’s post, we’re bringing you a thorough guide to the Camden district, to ensure that you make the most of this vibrant and alternative part of London. 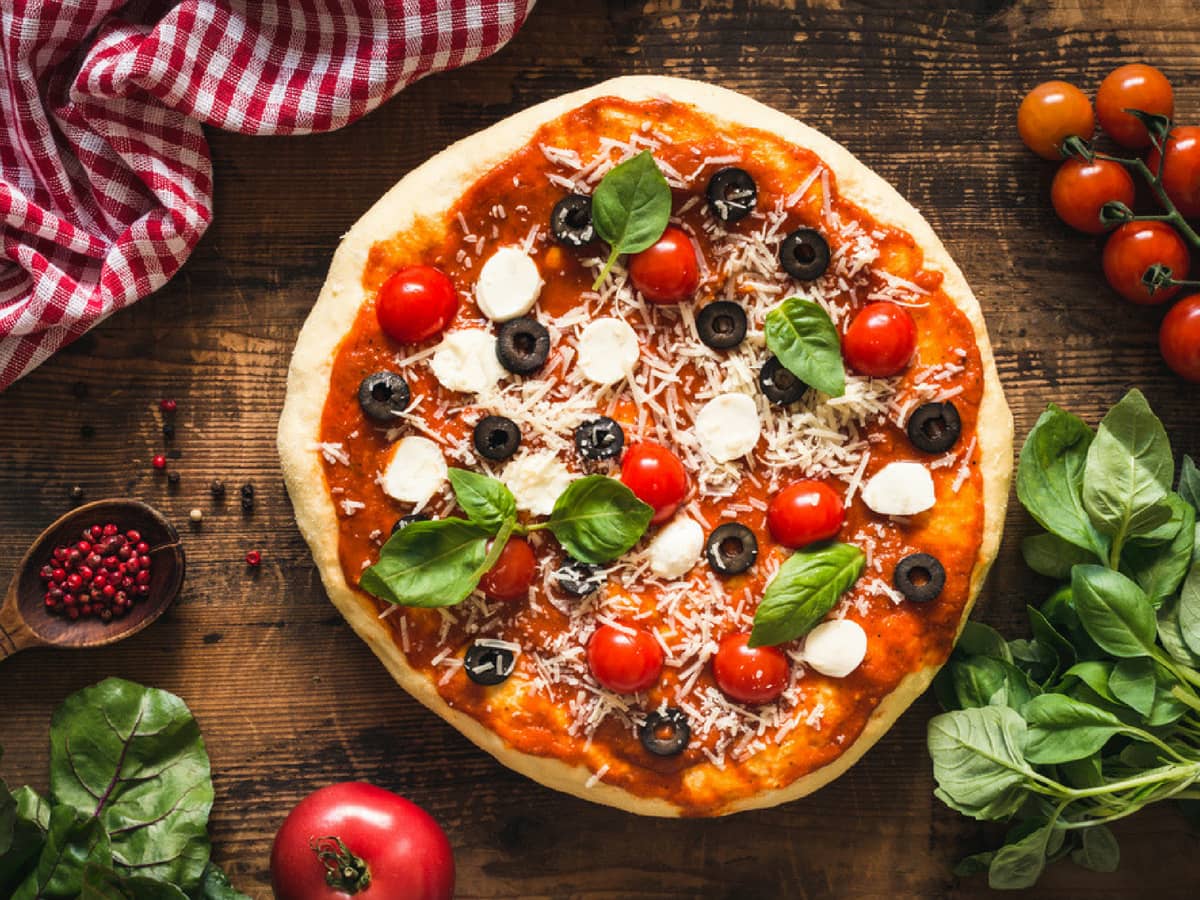 With a wide variety of cuisines available, you’ll be spoiled for choice when stepping out for a bite to eat in Camden. First, we have your typical fast food chains if you’re a little scared to try something new: KFC, Pret a Manger and McDonald’s. Camden has every specialization you can think of, example A being The Cheese Bar. And yes, that’s exactly what you think it is. For your well-deserved pizza fix, turn to Voodoo Ray’s for New York-style pizza on a friendly budget. Mildreds is perfect for those with specific dietary requirements, as they serve vegetarian and vegan options that are simultaneously super healthy.
There are also ramen bars, casual cafés and every kind of restaurant you could possibly imagine, so you’ll satisfy every craving with ease. And if formal-style dining isn’t your thing, there are street food vendors dispersed throughout Camden, including Mexican, Chinese, Japanese, Indian, Thai, Spanish and English cuisines, which are only a fraction of what’s available. Whatever you’re looking for, Camden is the place to find it. 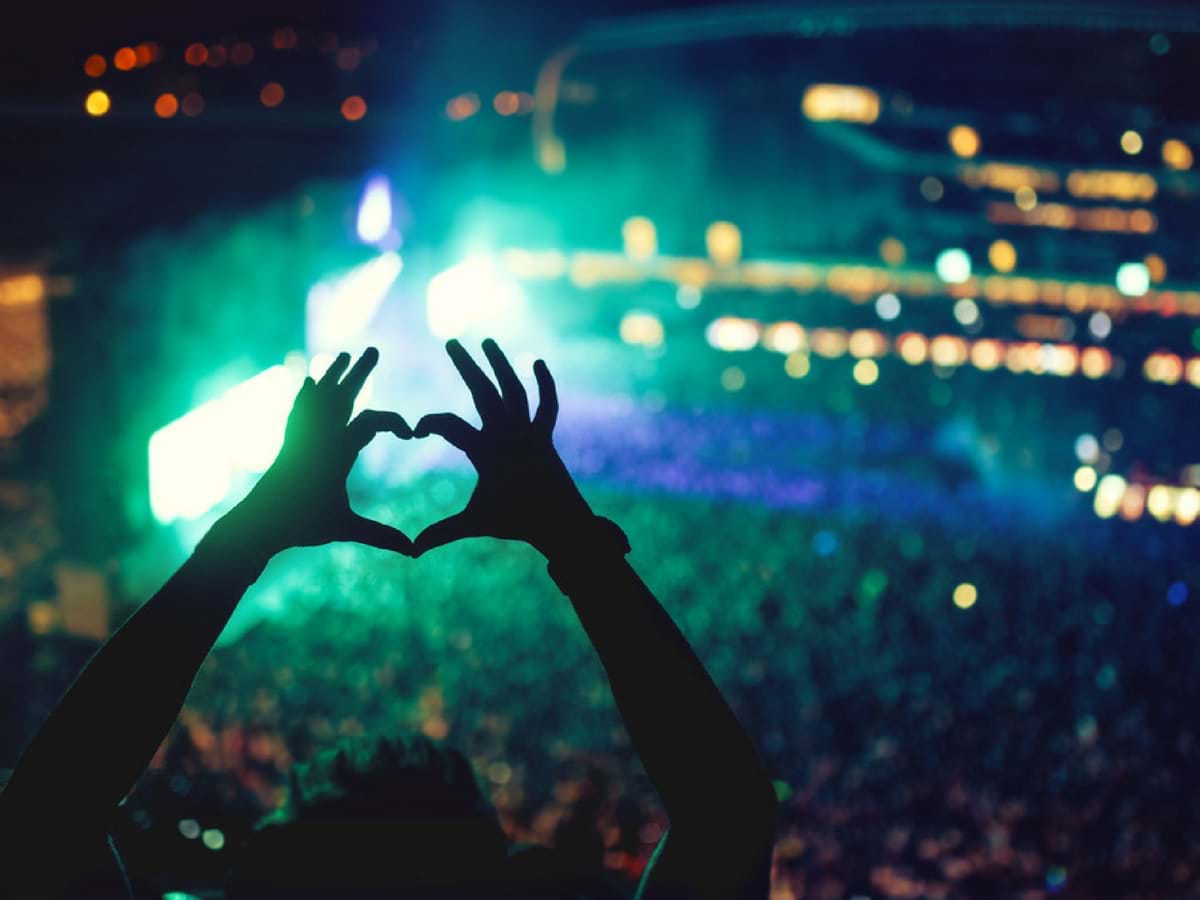 Everyone loves attending the live shows of their favorite bands, and Camden is well-known for it’s wide selection of music venues. The Electric Ballroom is Camden’s most iconic venue, open and hosting incredible artists and bands since 1938. Some of the biggest bands to play the Electric Ballroom are The Clash, U2, Joy Division, The Smiths, Prince, and so many more. Next up is The Underworld, situated in the basement of The World’s End pub. In recent years, The Underworld has cemented itself as the heart of the alternative music scene in England, with many flocking from across the country to their favorite alternative rock shows.

The Lock Tavern satisfies a variety of functions, acting as a both bar and music venue. It also hosts a music festival for the country’s most exciting new bands for several days at the end of March. Another major venue in the Camden area is Dingwalls, a 500 capacity space that offers musical performances, comedy shows and general entertainment. With smaller crowds comes a more intimate show, meaning that you’ll have a more intimate experience with your favorite bands than that of a huge arena show. Other venues that we’d thoroughly recommend visiting in Camden are KOKO, Camden Assembly Club, Roundhouse, Blues Kitchen and the Dublin Castle. 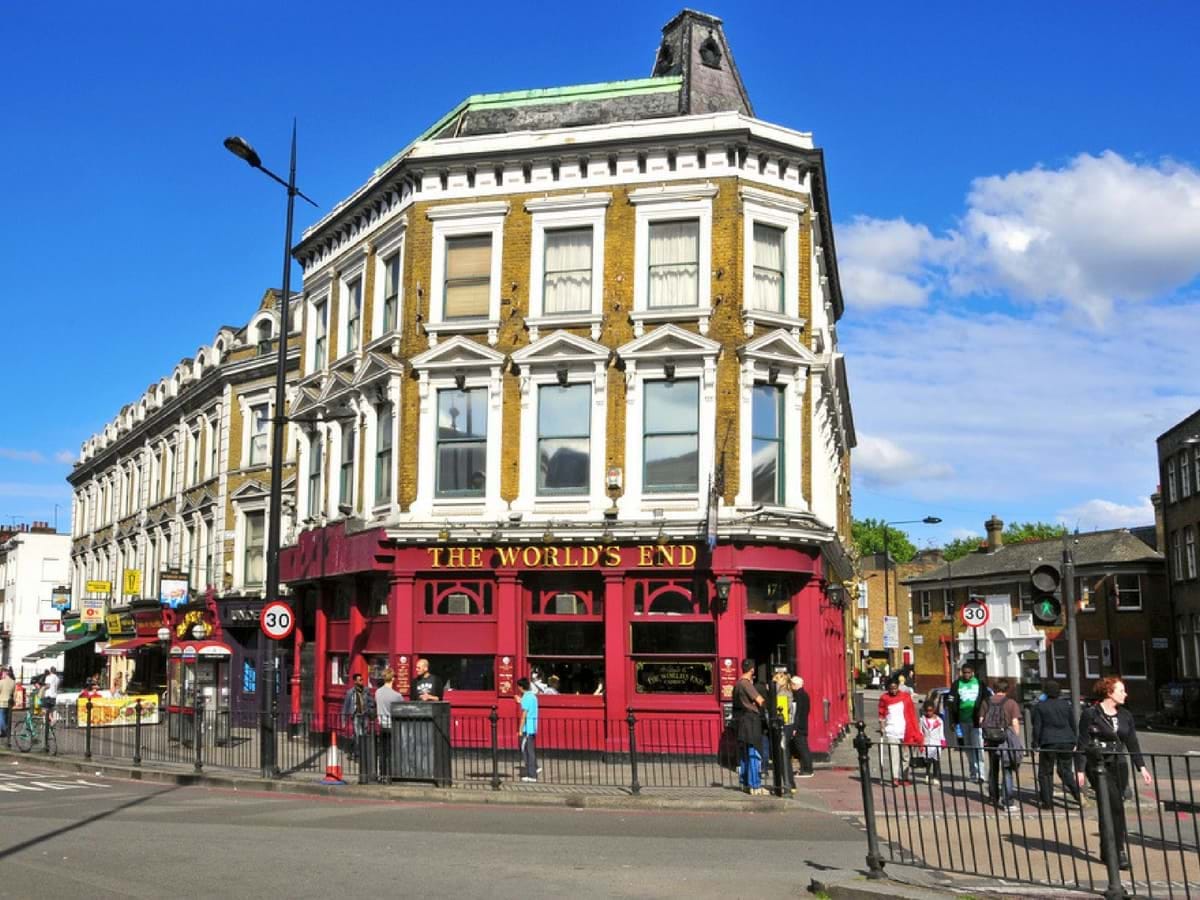 Traditionally known as the alternative part of London, Camden’s pub scene lives up to its reputation with The Black Heart. A rock n’ roll-style bar, it presents itself as a blend of an American biker bar and a British rock pub. For casual beers and live music, it’s perfect. If roast dinners and gin are your thing, then The Colonel Fawcett is the place to be. Showcasing an old-school-style, you can enjoy one of 60 types of gin with the convenience of being in close proximity to Camden Road station.

Quinn’s is a traditional Irish pub with a coordinating Irish welcome. With a good selection of Belgian and German beers, the relaxed atmosphere will perfect an evening spent catching up with friends or family. For a more modern take on an evening out, try The Princess of Wales. With a classic British menu and a spacious three floors to enjoy, it’s ideal for an easy Friday evening or a lazy Sunday afternoon. A few additional favorites of ours are The Hawley Arms, The Good Mixer, The Elephant’s Head, The Sheephaven Bay and The Lord Stanley. 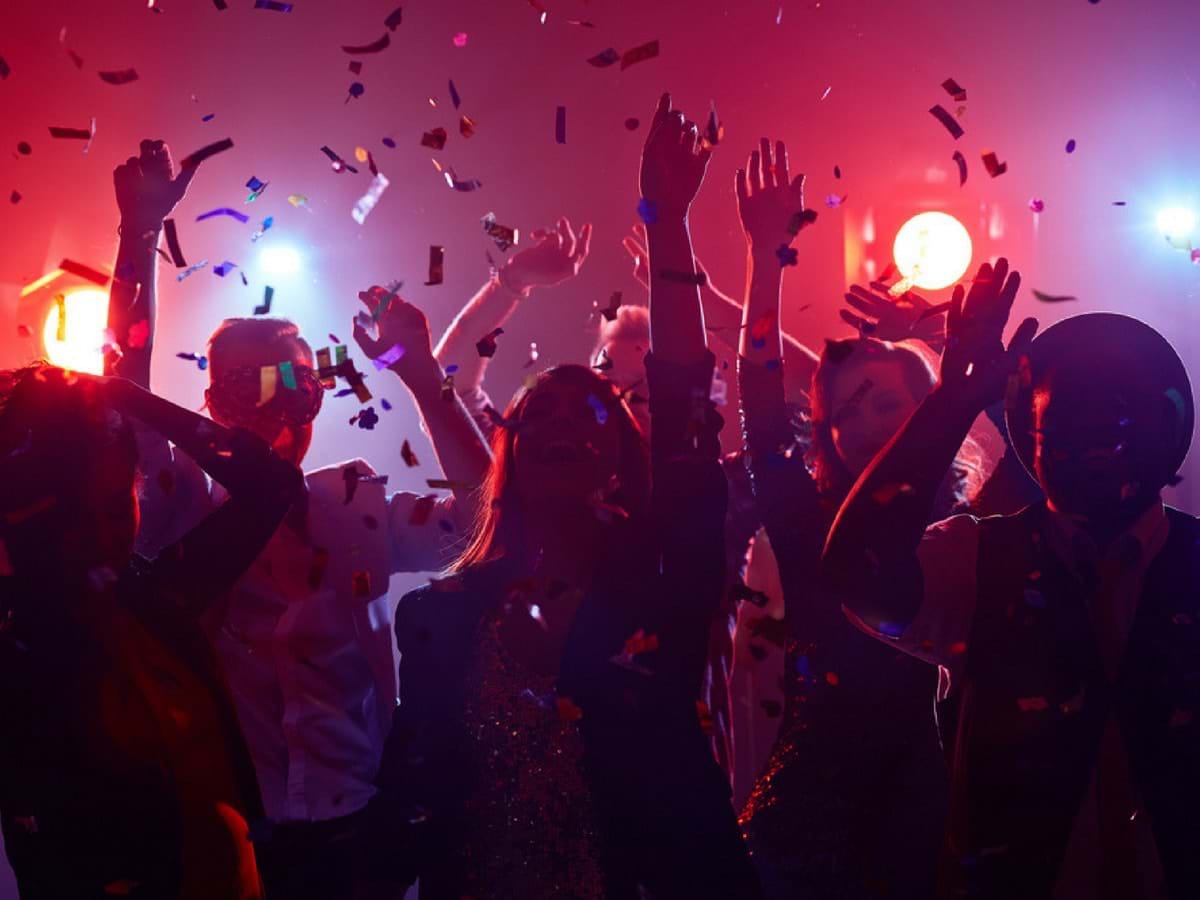 The great thing about Camden is that a lot of the venues are interchangeable: a lot of the music venues and bars mentioned above are also night clubs. For example, Blackout is one of the club nights run by The Underworld, a pleaser of the younger alternative scene. KOKO hold a different theme every night, adding variance to its attendee’s nightlives. The Palace screams vintage appeal, as it was previously an Edwardian theater, completed with intricately painted ceilings and opulent chandeliers. If none of these seem like a fun night to you, there’s plenty where that came from – Jazz Café, Belushis, Blues Kitchen and Shaka Zulu all call for a good time. 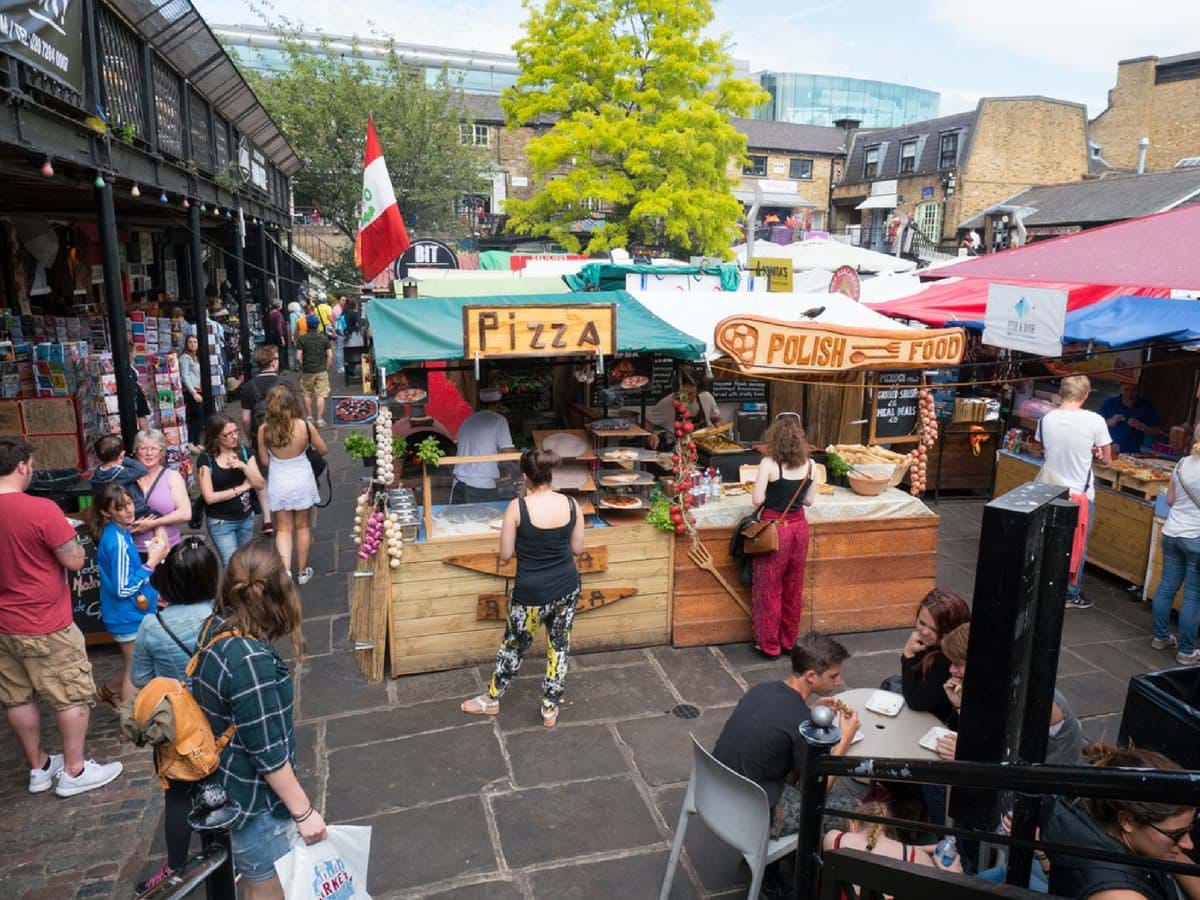 Obviously, there are concerts a-plenty happening in Camden, so the different venues dispersed throughout are always worth looking into to see acts both big and small. Camden Community Festival occurs every year, integrating a sense of culture and diversity into the community. Music festival Camden Rocks occurs annually at the beginning of June, showcasing over 200 acts across more than 20 venues throughout Camden Town.

There’s also the Camden Fringe Festival, which showcases brand new edgy and experimental theater between July and August. Return to Camden Festival occurs in late October, which presents traditional Irish music as well as coordinating song and dance. There’s also a selection of lunches, summer fairs and food festivals that happen throughout the year, making every day spent in Camden both fun-filled and unique. 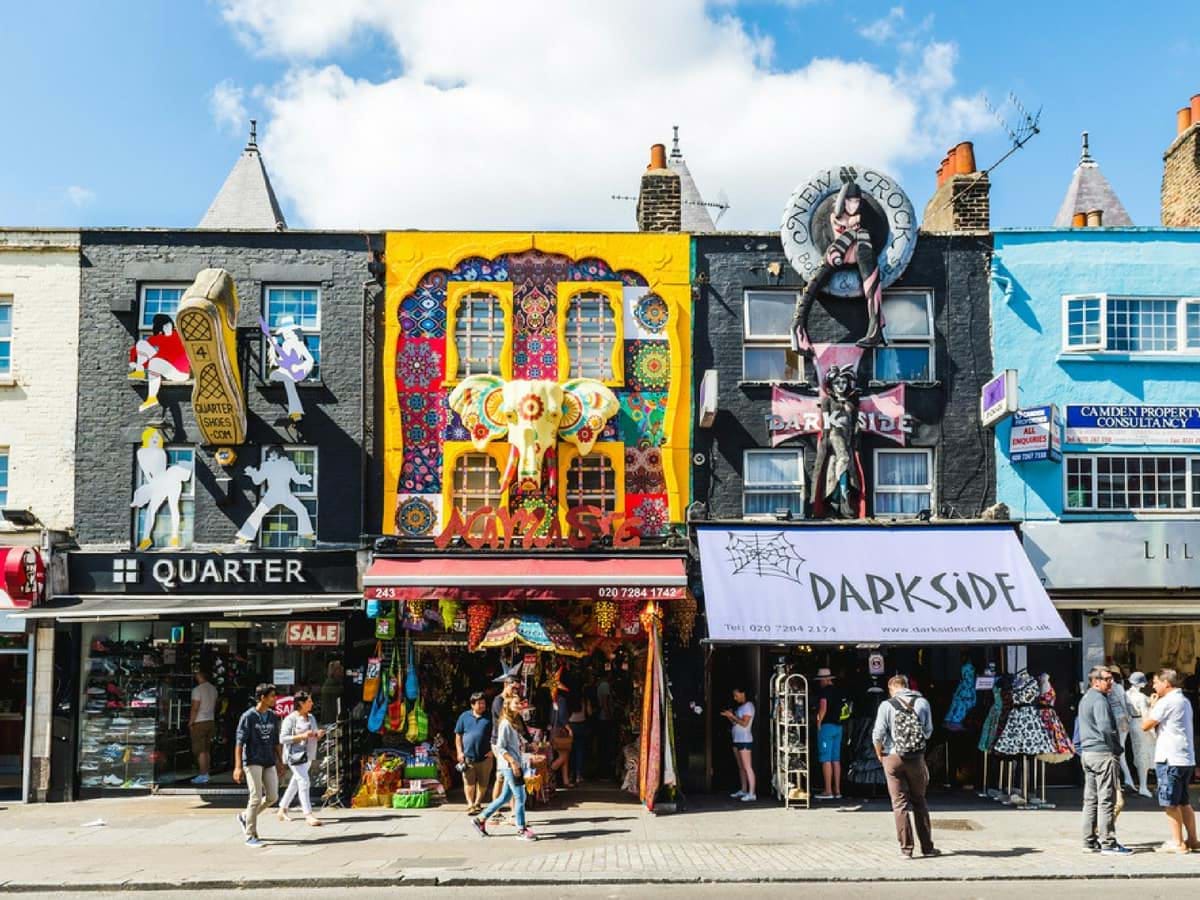 With everything listed above, you might think you’ve got your time in Camden sorted. But there’s so much more to this bustling area than meets the eye. There are multiple shopping areas available, such as Westfield, as well as the famed Camden Market. There’s also Madame Tussauds London for a touch of culture, history and intriguing wax works, as well as the British Library and British Museum all in close proximity. Kensington Gardens are also close-by, as well as the Camden Gardens, which are perfect for picnics and easy Sunday lounging in the summer. Street art is present everywhere, along with several pieces from the famed Banksy. And with an array of restaurants, bars and transport options, you’ll never be left with nothing to do in Camden and its surrounding areas.

7 Things You Can Only Buy in England

Italian Phrases for Travelers with Pronunciation