All of Our Ponte Vecchio Experiences 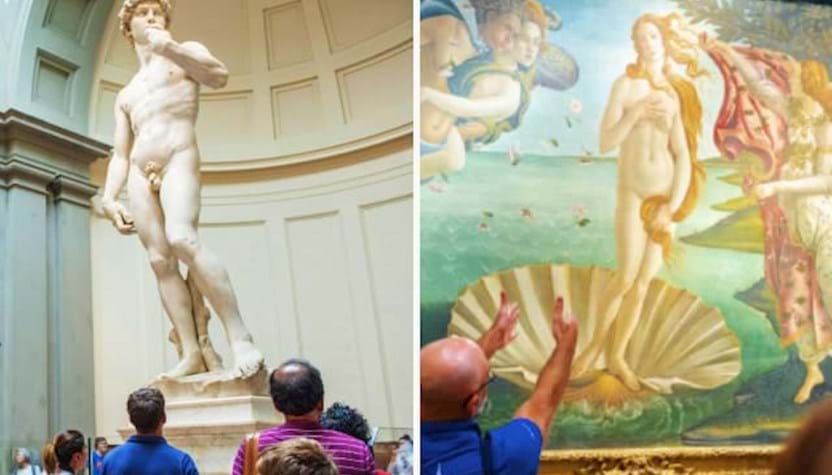 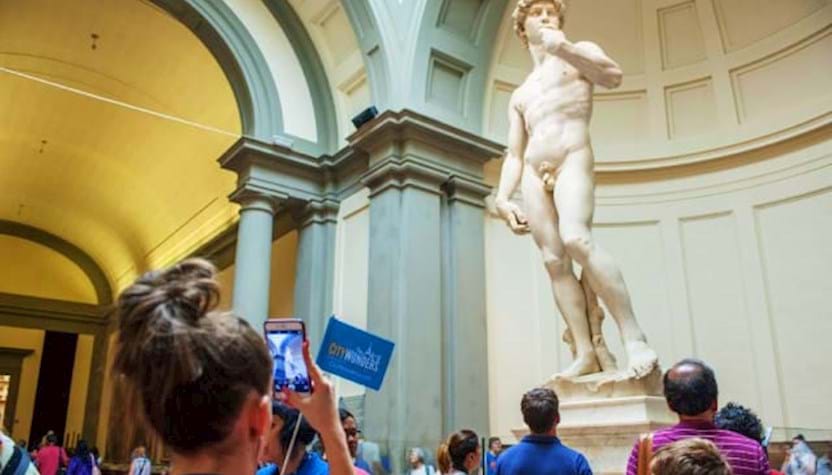 Best of Florence Walking Tour with Michelangelo's David and Duomo

See What Else Florence Has To Offer 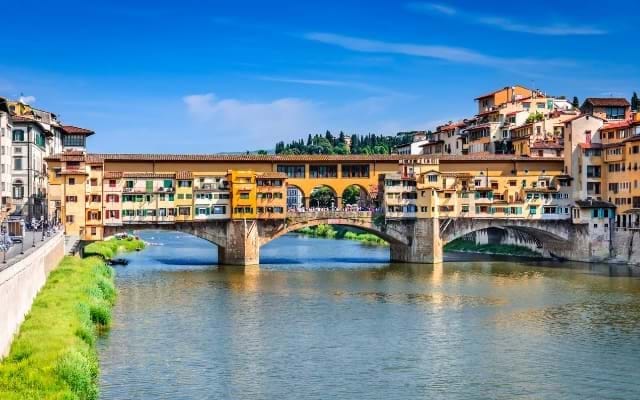 The Ponte Vecchio is one of the most famous bridges in both Florence and the world. Built very close to the Roman crossing, the Ponte Vecchio, or Old Bridge, was the only bridge that crossed the Arno until 1218.

The Ponte Vecchio was originally designed as a defensive structure. In Medieval Italy rivers were used to launch attacks on enemies, and although Florence was surrounded by walls, it was still vulnerable to enemy attack from boats traveling along the Arno. The bridge had four towers (two at each end), and walls with battlements running along both sides, with an observation area in the center of the bridge. But the bridge you see today was actually built in 1350 after flooding carried away the original bridge in 1333.

In the mid-16th century, an enclosed passageway was created for the Grand Duke Cosimo I. It was used to allow them to pass from their palace on the Olrarno, the Palazzo Pitti, through the Uffizi to the Palazzo Vecchio by a covered walkway. It was the perfect way for the Duke to avoid mingling with the commoners and to protect himself from enemies.

To recover the money spent on restoring the bridge, the government of Florence rented out the 46 shops built on it and by the 17th century, the bridge had evolved to the one still standing today.