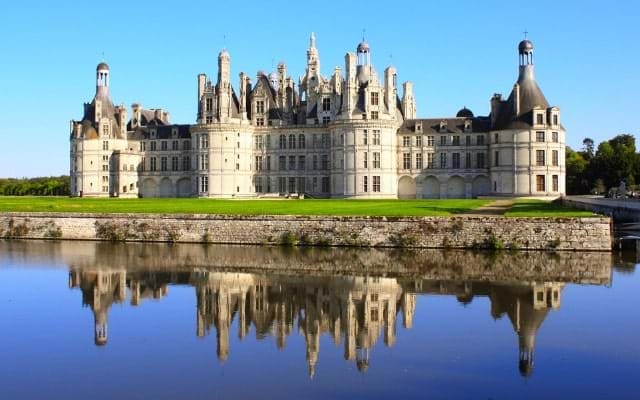 Located between northern and southern France, and just a short ride from Paris, Loire Valley was once of huge strategic importance. It was here that Kings, queens, dukes, and nobles once came to build feudal castles. With the wars of the 15th century coming to an end, the Loire Valley became a showplace for the new and fabulous Royals, they began to build their châteaux d'agrément, or show castles. The Loire Valley became a central place of power and social center for the New France, allowing the monarchy to flaunt their wealth.

One of these castles is Château de Chambord, it was once intended to host hunting parties thrown by the flamboyant king François.But eagle-eyed Disney fans will recognize this castle as the inspiration behind ‘Beauty and the Beast.’ With gardens bigger than central Paris spanning 13,000 acres this spectacular castle is a must see.

Château de Chenonceau it is the most visited château in France, it spans the river Cher near the small village of Chenonceau. It is an architectural mixture of late Gothic, and early Renaissance, the Château and its gardens are open to the public. In 1512, Thomas Bohier acquired what was a small fortress by the river Cher and decided to replace it with a 'Renaissance' style chateau. It was his wife Katherine Briconnet who oversaw its build as her husband spent a lot of time away, this lead to it getting the nickname ‘the ladies chateau’.

This one-time stomping ground of French royalty, the Loire Valley is known for wine, impressive castles, and amazing gardens, it is one giant Unesco World Heritage Site.