Discover Rome – the Eternal City – in a whole new light on this tour organized around the sights in Dan Brown’s sensational, international bestseller. Explore Rome’s most picturesque churches, charming piazzas, and timeless cobblestone alleyways while getting a feel for their underlying air of mystery that so inspired the author.

Rome in the 1600’s - with its Inquisition trials and political machinations, was the birthplace of The Illuminati, one of the most influential secret societies of all times. The leaders of this society - Galileo Galilei and Gian Lorenzo Bernini - deposited clues around the city to create a Path of Illumination. The most important clues were a mysterious text from the poet John Milton and the Four Altars of Science, which represents the four elements of earth, air, fire, and water. These clues, when solved, would reveal the way to enter a secret place.

Among the sites we’ll visit are the St. Maria del Popolo Church, St. Peter's Square, St. Maria della Vittoria Church, Piazza Navona, and the towering, cylindrical Castel Sant’Angelo (Castle of the Holy Angel). We’ll also view Il Passetto – the secret elevated passageway of the popes - from the outside. If this sounds like a lot of walking, not to worry, we’ll provide air-conditioned buses for your transfers!

So, take a walk on the mysterious side and enjoy our illuminating Angels and Demons tour of The Eternal City! 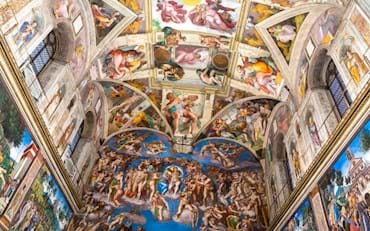 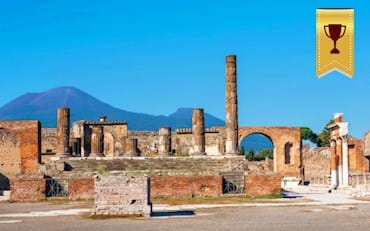