Our Colosseum & Ancient Rome Tour is ideal for those who want to understand the story of Rome through its most ancient monuments. Enjoy Skip-the-Line access through the arches of the Colosseum and to the ruins of the Roman Forum with our expert historian guide, you will leave the Eternal City having grasped how the Romans ruled the known world.

Don’t just visit Rome, experience it on our Colosseum Tour! You’ll visit the Colosseum, Roman Forum and Palatine Hill with an expert, English-speaking tour guide to tell you the stories and anecdotes that bring these ruins to life. And with Skip-the-Line Access at all three sites, you won’t waste time waiting in line.

Skip the Line into the deadly Colosseum

We start our adventure at the symbol of Rome – the Colosseum. One of the world’s most iconic sights, the Colosseum is the first stop for most visitors. Without an idea of the battles and politics that played out here, you'll only come to understand a small portion of its majesty. Our guides are experts in history and archaeology, so they’re the perfect candidates to lead your Colosseum adventure, telling you just why ‘Gladiator’ had it all wrong and how this incredible amphitheater once hosted re-enactments of sea battles.

Discover the hillside birthplace of Rome

No visit to Ancient Rome would be complete without going a little further back – to the very beginning. In fact, we’ll explore the Palatine Hill, the legendary site where the warring brothers Remus and Romulus fought over land, and where Romulus founded the settlement that would eventually become Rome. In your small group, you’ll be able to listen to these stories with ease and wonder.

Wander through the ruins of the Roman Republic

We’ll also explore the Roman Forum – the heart of the Roman Republic that inspired so many modern democracies. Home to the bustling marketplace, ruled by moneylenders and shopkeepers, this was Rome at its finest. Here politicians held rallies before elections, soldiers marched triumphantly down the Via Sacra, and the Vestal Virgins decided if men lived or died.

Don’t leave Rome without grasping it's past

In just three hours, we’ll introduce you to the best that Ancient Rome has to offer – from the birth of an Empire in 753 BC to the clash of titans at the Colosseum during Rome's stint as the ancient world's superpower. Your Colosseum tour guide will rebuild Rome from the ground up, filling it with stories of Caesar and Nero so you will leave not just having seen Rome, but having experienced it. 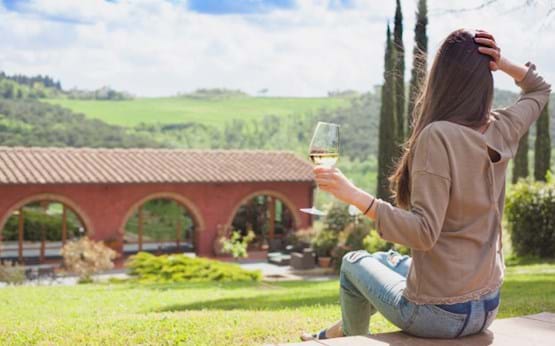