The Essential Guide to the Eiffel Tower

The Eiffel Tower is one of the most iconic buildings in the world and a must for many travelers who visit Paris. If you plan on visiting the tower on your next tour of Paris, you’ll be one in over 7 million to visit the structure every year. Whether you climb the tower or just enjoy the view from ground level, no Paris sightseeing tour is complete without whiling away a few hours drinking in the beauty of this historic monument.

History of the Eiffel Tower 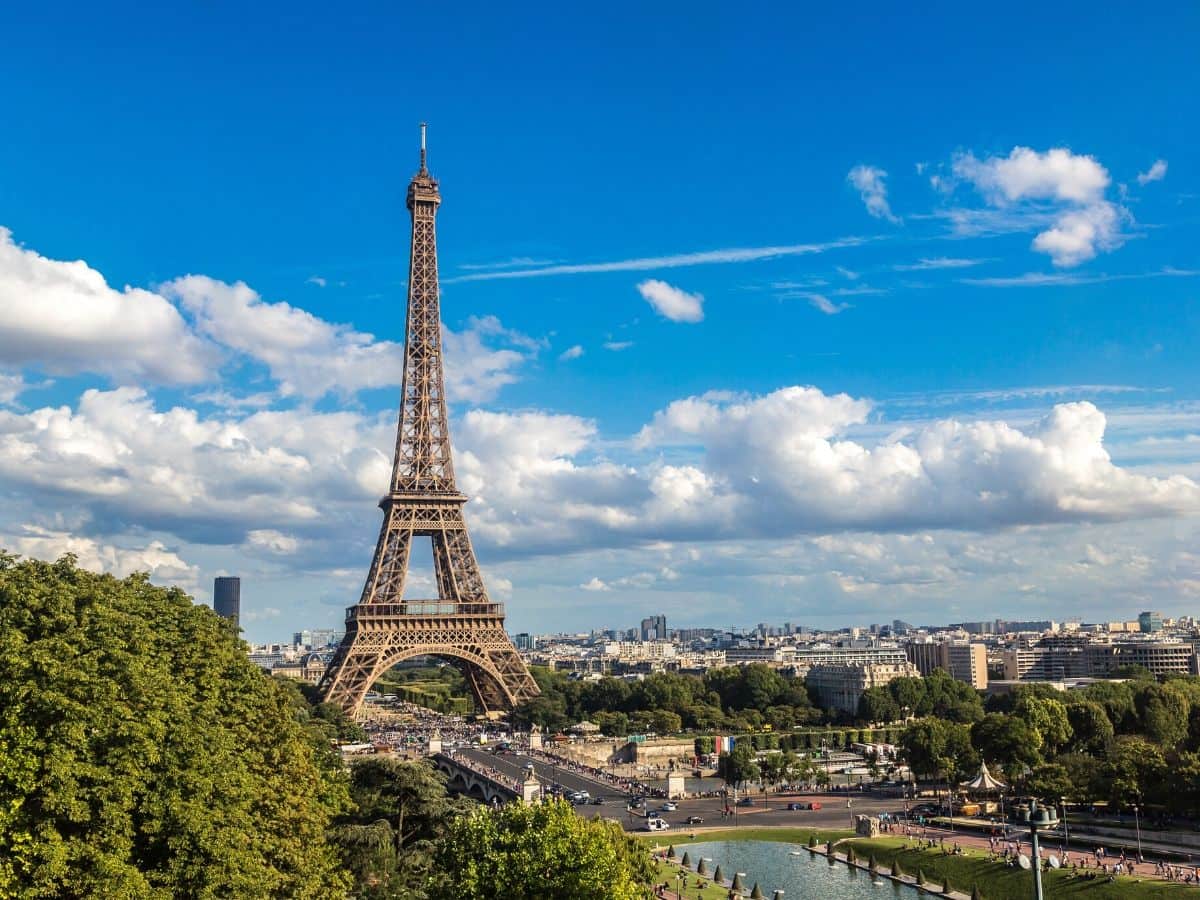 The tower was built in 1889, but it was never meant to be a permanent structure of the Paris skyline. It was built as a temporary installation that commemorated the 100-year anniversary of the French Revolution at the 1889 World Fair. However, city officials permitted equipment needed to transmit wireless signals to be added to the tip of the tower. This equipment secured the Eiffel Tower's fate as a much-need structure for communications in France, rather than simply a temporary piece for an exhibition, as it was designed to be. Today, the Eiffel Tower is still critical in broadcasting radio and TV show around the world. If it wasn’t for advances in communication technology in France at the time, we would never know of the Eiffel Tower today!

The tower was designed by French-born engineer, Mr. Gustave Eiffel. It took twenty-two months to complete construction. Made up of over 18,000 parts and taking the work of 300 laborers, 50 engineers and designers and 7,300 tons of iron, the structure was completed on the 31st March 1889.

Unfortunately, despite the hard work of Gustave Eiffel and his team, the tower was regarded as an eye-soar by many local Parisians. Luckily, Eiffel was not disheartened by the opinions of his critics and wrote an open letter to the city’s most popular newspaper at the time, defending the tower and presenting it as a new form of beauty in the evolving world of art.

The giant structure has to be repainted every seven years. It has changed color several times too. When it was first built it was brick red in color, then it turned a dark mustard, then a deep brown, before finally being painted the traditional bronze color it is today. It takes 25 workers and 60 tons of paint to cover the 250,000 square meters of surface, and they still do it all by hand!

Just how big is it? 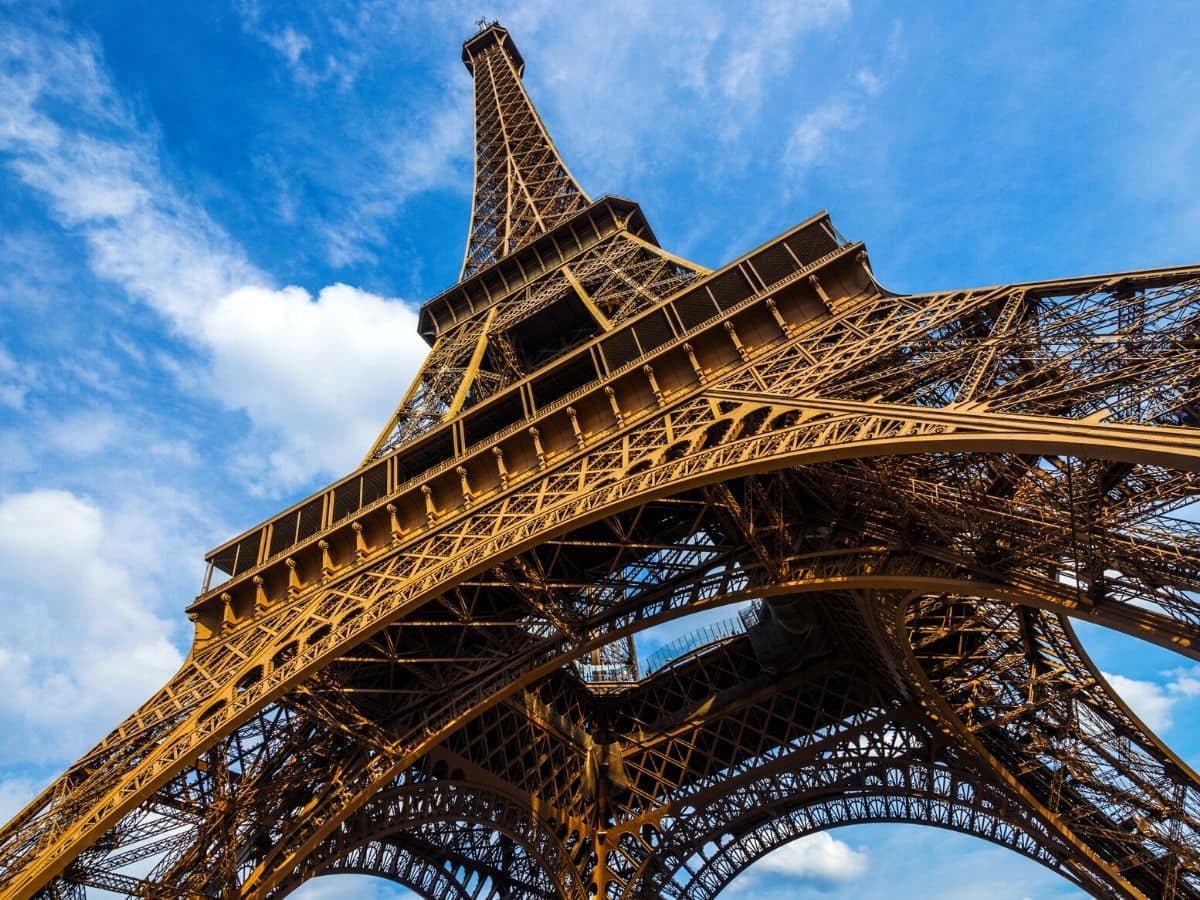 The Eiffel Tower is a much-loved and predominant feature of the Paris cityscape. When the tower was first created it was hailed as the tallest building in the world! At 324 meters (1063 feet), it outshone the previous tallest building- the Washington Monument in Washington D.C., USA. It held this record for 41 years until the Chrysler Building in New York City, USA, was built.

Sights you can see from the tower 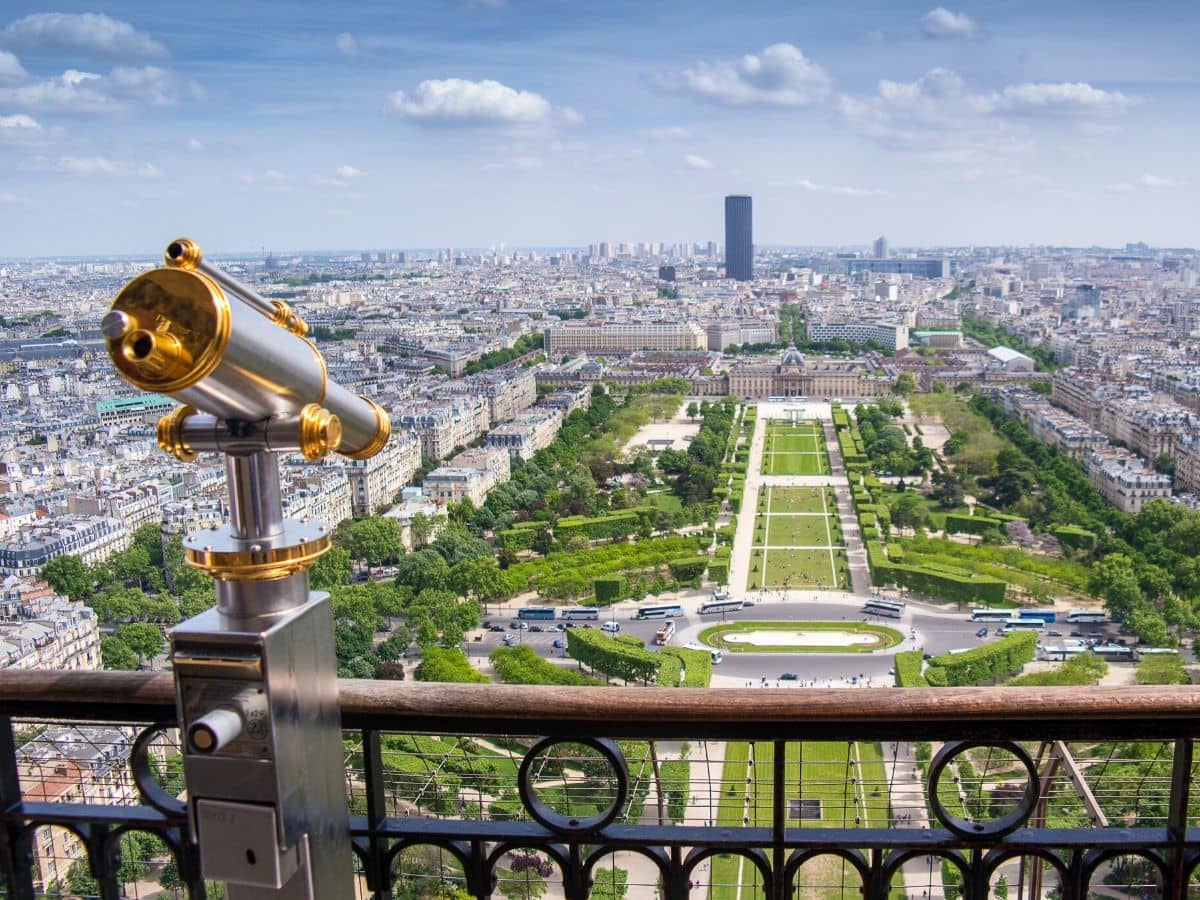 The Eiffel Tower is one of the most fascinating sights you’ll see while sightseeing in Paris. However, the tower is also a great place to spy even more of Paris’ most loved sights:

Enjoy the view of the Arc de Triomphe from above, as you climb the Eiffel Tower. This monumental arc was built in dedication to the glory of the Grand Army, by Emperor Napoleon I. The first stone was laid in 1806, to coincide with Napoleon’s birthday. It took several architects and designers, but the arc was finally completed in 1836.

In addition to the Eiffel Tower, the Louvre is a must-see on your Paris city sightseeing tour. Enjoy the view from the tower to marvel at the museum’s contrasting styles of Baroque and Modern architecture, existing side-by-side. The Louvre is the world’s most visited museums. It boasts collections from ancient civilizations to the mid-19th-century, making it a truly fascinating place to explore. If you walk the whole museum, however, it is the equivalent of a half marathon, 21 kilometers!

The Sacre-Coeur is a stunning structure of Romano-Byzantine architecture, located in the charming Montmartre neighborhood of Paris. A national vow made in 1870 dedicated land to the construction of a basilica, in reparation for the sins of France. Shinning from its hilltop setting in Montmartre, the Sacre-Coeur is the highest natural point in Paris.

Notre-Dame Cathedral has been in the headlines a lot throughout 2019, after a devastating fire damaged its medieval structure. So, while tours of the Catholic cathedral are currently suspended at this time, why not explore it from the safety of the Eiffel Tower. Notre-Dame sits in the center of Paris on the Île de la Cité. The construction of this site began in 1163 and took almost 200 years to complete. It is known as the best example of Gothic architecture in the world.

We are totally enamored by the Eiffel Tower, and we know you will be too. From its colorful history to its enormous size, and not to mention the stunning views it offers you over the city. There are many ways to tour the Eiffel Tower and whichever options you go for on your next Paris tour, be sure to do it in the company of an expert guide for a truly memorable visit.

The Eiffel Tower is remarkable at any time, but as the day turns to night the tower becomes even more mesmerizing. 20,000 lights bejewel the tour, illuminating for just 5 minutes every hour in a spectacular light show that captivates locals and visitors alike. Be sure to stick around after your Eiffel Tower tour to take in this stunning light display, which was installed to celebrate the turn of the millennium, in 2000. 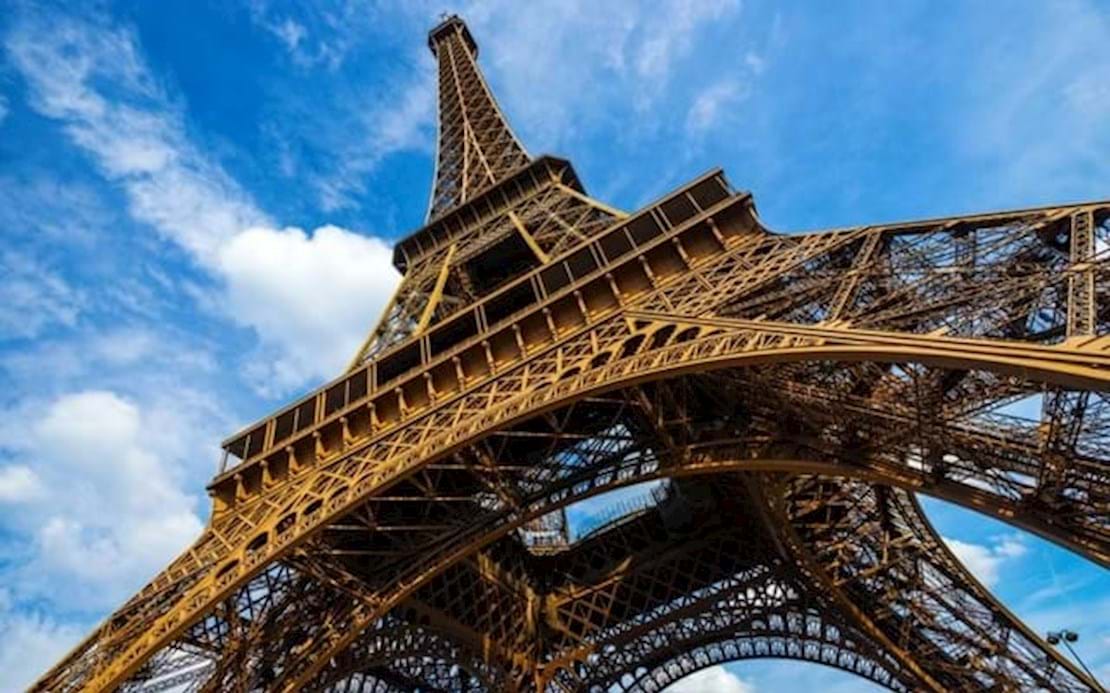 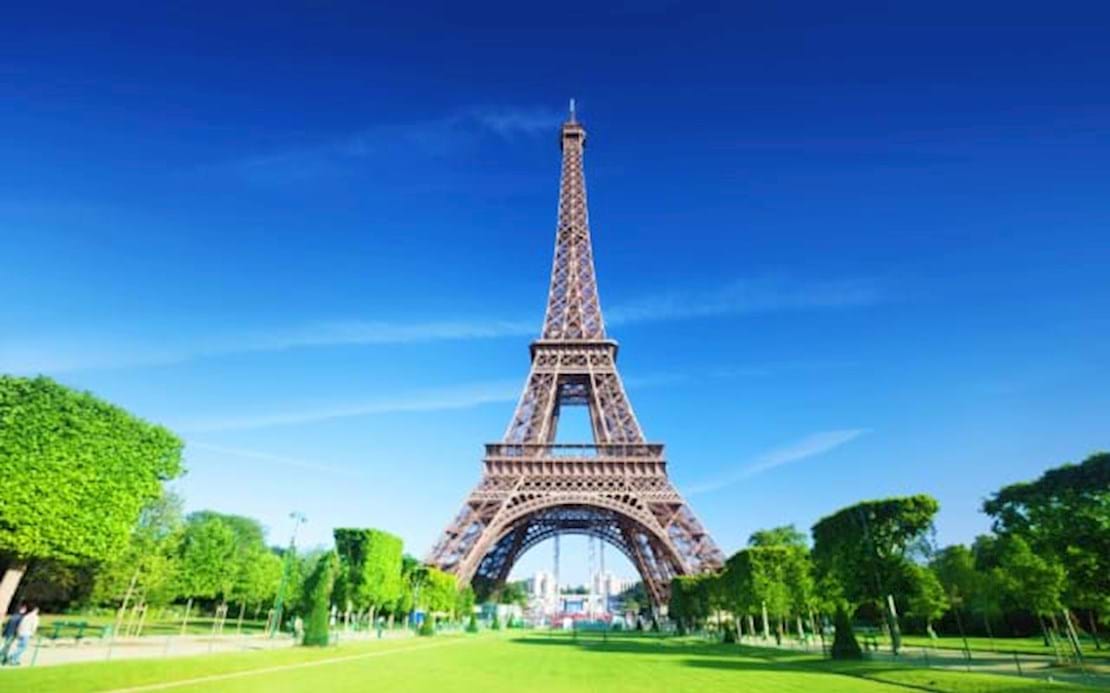 Likely to Sell Out 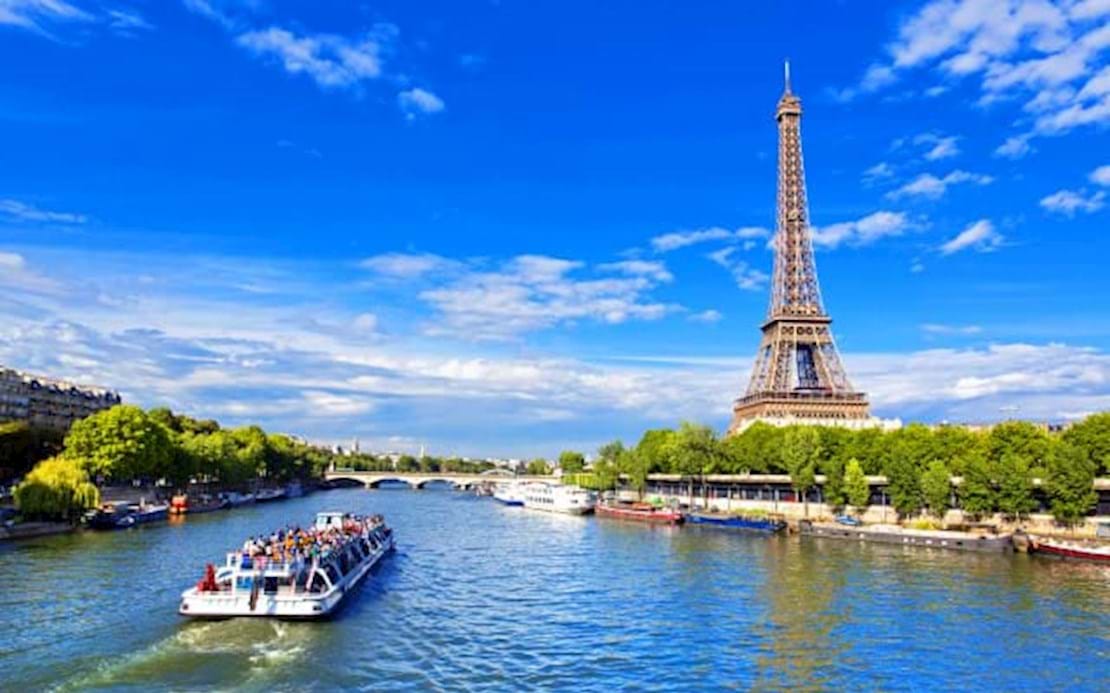