The Colosseum is one of Europe’s most iconic landmarks - attracting visitors from all over the world, it stands proudly in Italy’s capital city of Rome. Built between 70 and 80 AD, the Colosseum is a traditional Roman amphitheater. It was used to house public entertainment, such as gladiator contests, mock sea battles, executions and much more. A gladiator (the Latin for ‘swordsman’) was an entertainer, an armed fighter who fought in violent confrontations with fellow gladiators as well as with wild animals and condemned criminals. Gladiators are a prime example of the Martian ethics of the Roman empire, they are so removed from what we know today is right and just – and that’s what makes them so interesting to learn about. We offer some of the best Colosseum tours, where you can follow in the footsteps of these gladiators and take a walk into the ancient Roman Empire.

Being a gladiator was not easy. They were soldier-prisoners, for the most part, and were traded on an open market. However, some were slaves, treated equally as bad, and some were, surprising, volunteers. Most men who volunteered to be gladiators came from poor backgrounds, and took the job as it offered housing, food, and the chance of fame and fortune. Gladiators were awarded prize money for winning contests, which was theirs to keep, and they were given gifts too.

Betting was common at the gladiator games, there was also music, executions, prizes, food and drink for the spectators to enjoy. Attending the games was one of the main sources of fun and entertainment in the Roman Empire, and something that involved all members of society in some way. See what it was all about on one of our Colosseum, Rome tours!

Walking across the arena floor 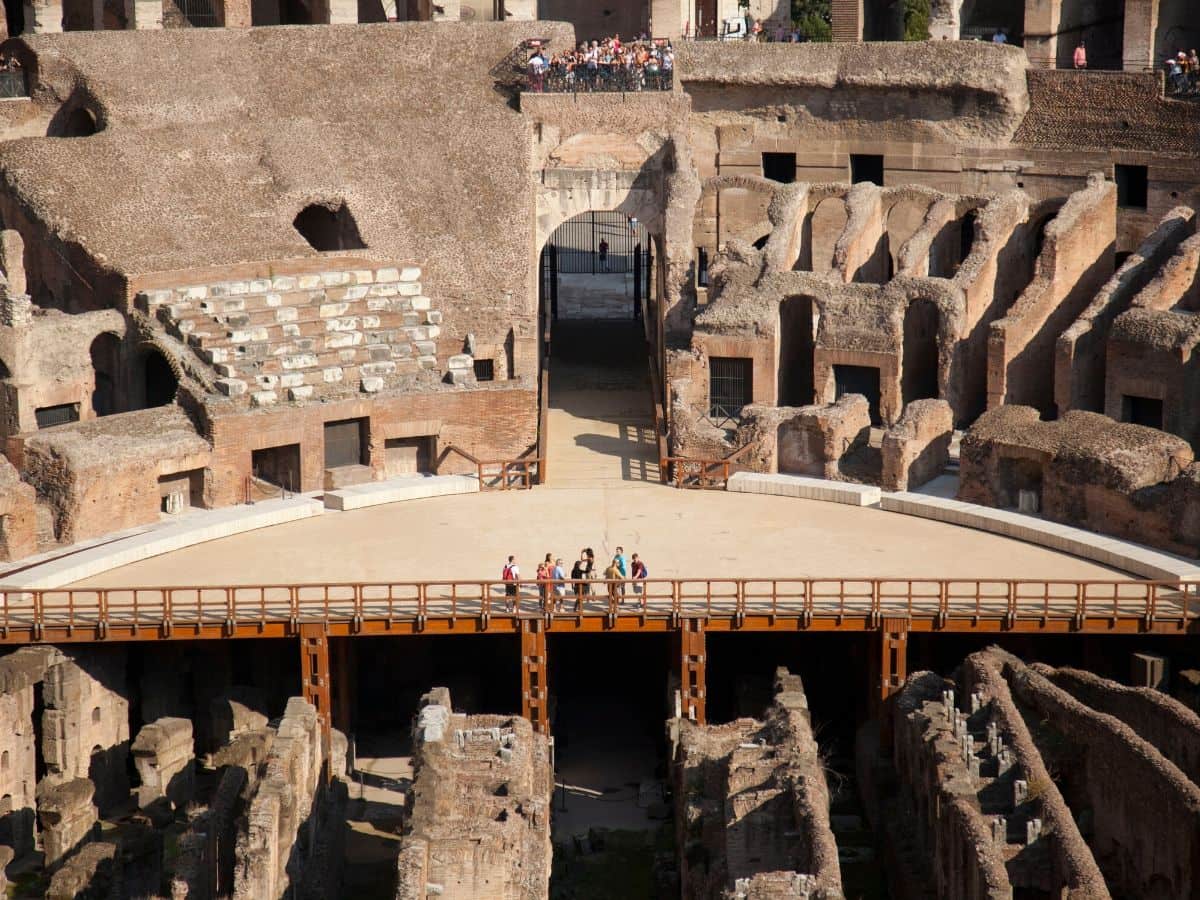 The best place to see the Colosseum through the eyes of a gladiator is from the arena floor. In groups of just 12 people or less, you’ll be taken through the prestigious Gladiator’s Gate entrance that acts as the back door of the Colosseum - a secret way in, without the crowds. You can trace the footsteps of the gladiators as they entered the arena for battle, then step out onto the arena floor itself.

From here, you’ll get a view of the arena’s row-upon-row of tiered seating, where 50,000 -80,000 Roman citizens once sat and ogled the contestants. Exploring this amphitheater from the Colosseum arena floor gives you the chance to let your imagination run wild, as if you could be one of them. With a 360-degree perspective, drink in every bit of this iconic Roman sight.

Spy the place where the Emperor’s box once stood and imagine being the powerful man who once sat there - then head up to the second level. From here you can see the Colosseum as the crowds saw it, the view from the seats where they cheered, groaned, celebrated and commiserated. This is an all-encompassing guided tour. Of Colosseum battles you will learn, and of gladiator deaths you will hear, all from an expert guide who will ensure you have the best experience exploring this landmark from a fighter’s perspective. 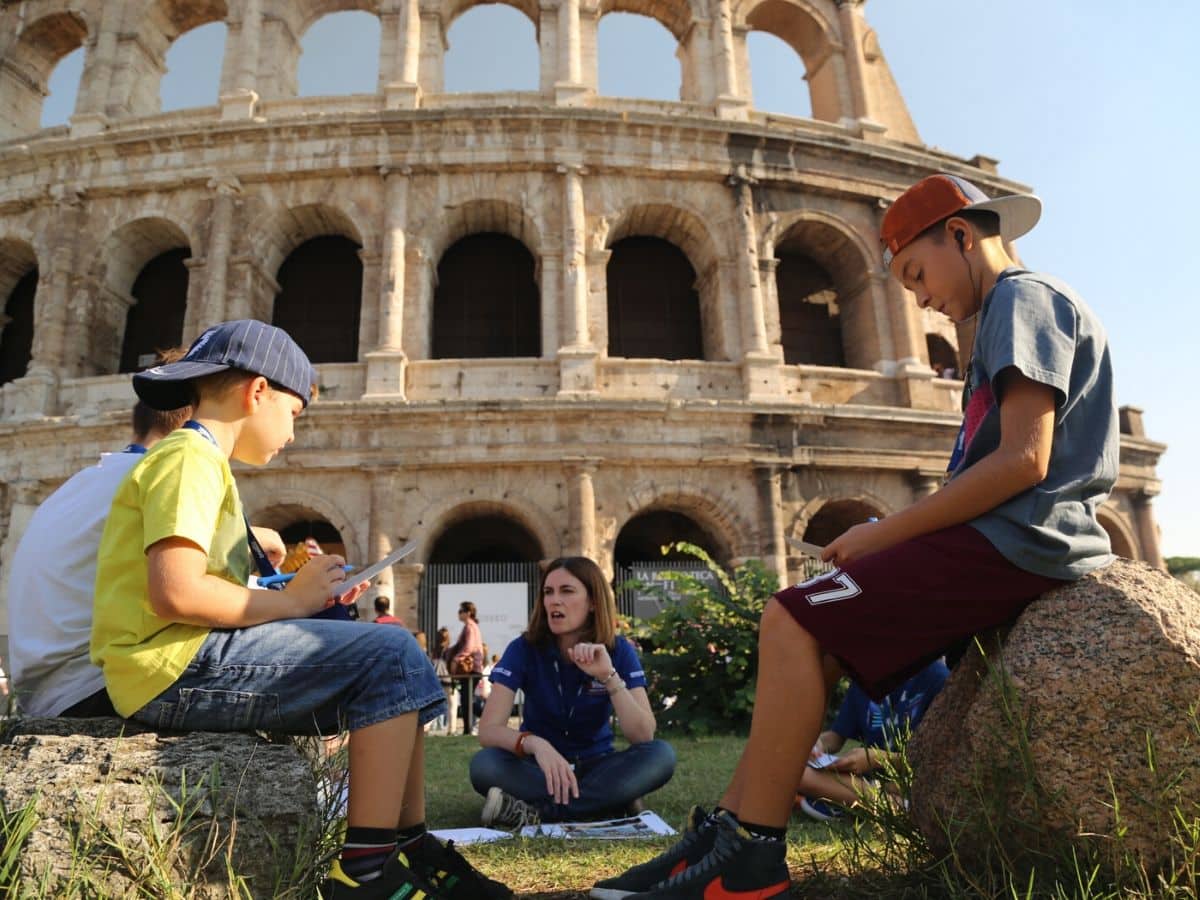 Little ones love to see the Colosseum, as it gives them the chance to immerse themselves in a real-life piece of history - the blood and the gore, the fighting and death, the crowds and the sportsmanship. These are all so interesting to children, especially in a historical context like that of ancient Rome. We offer Colosseum family tours that are perfectly suited to you and your brood!

In groups of 25 or less, made up of other families, you and your children (aged 7-12) have the chance to unleash your inner gladiators at the Colosseum. With the skip the line access so your kids don’t use up all their energy and willpower waiting in line. This is the perfect option for those eager to use travel as a way to educate their young ones. Your enthusiastic expert guide will use role play, challenges and visuals to help bring ancient gladiators to life. In an open, fun and interactive environment, your kids will be encouraged to join in and learn as much as they can about this incredible part of Roman history. With activities, props and more, there is no chance your little ones will get bored - and you’ll enjoy yourself too!

Descending underground at the Colosseum 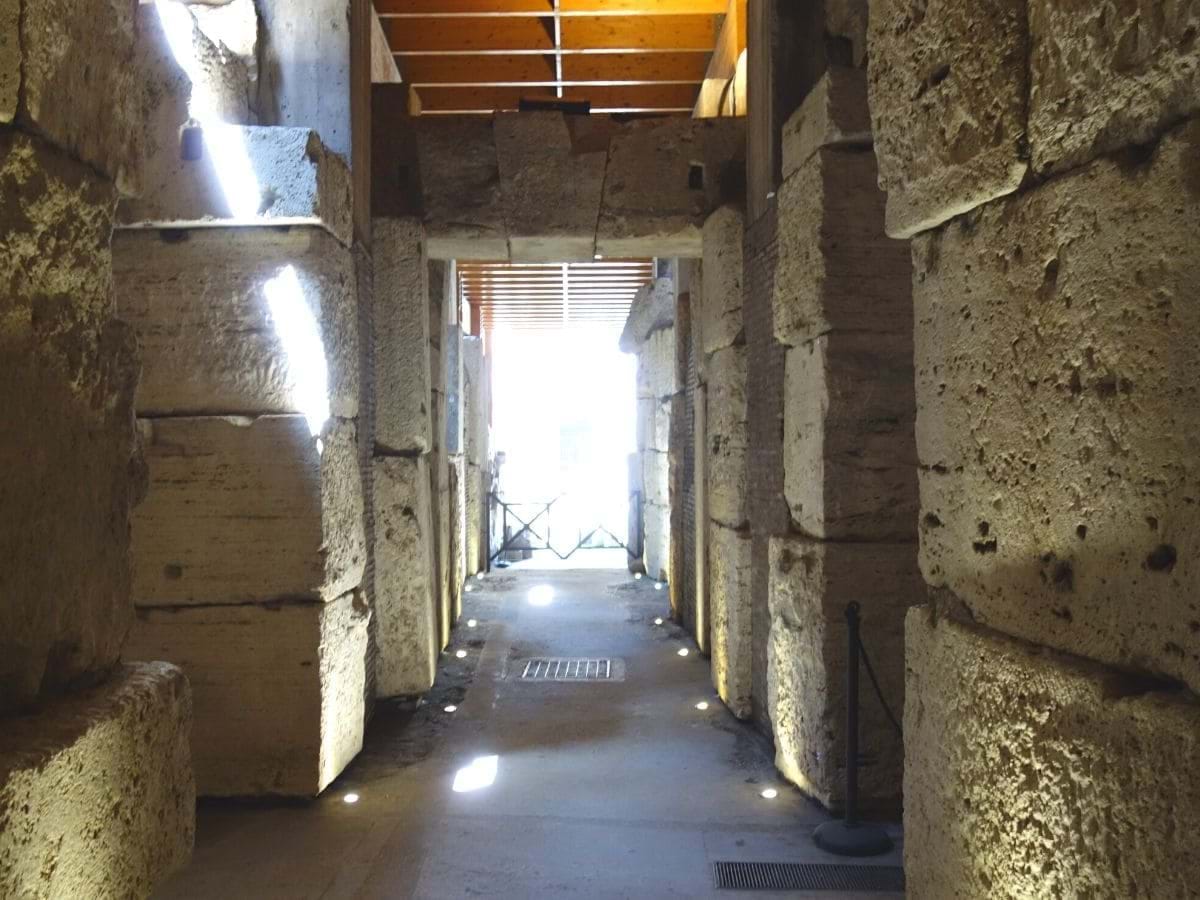 There are so many areas to explore - and the Colosseum underground tour gives you exclusive backstage access. Offering an insight into the other side of the amphitheater and what went on behind-the-scenes, this exciting tour brings the Colosseum to life in an exciting and interesting way. If you’ve ever wondered how the gladiator contests were run, then this tour is your chance to find out!

Descend into the underbelly of the Colosseum. A complicated series of tunnels and passageways lies underground, connected by corridors. This area was always incredibly busy before, during and after a gladiator contest. It was used to design and make the scenery used in the fights, which was stored and moved around down there too - not to mention the animals. Many gladiators fought wild animals such as lions, giraffes, elephants and more; these had to be kept away from the public, so were caged below the Colosseum. As well as the scenery and the animals, the fighters themselves would wait in the tunnels below in the run up to their contest before making a grand entrance.

The tour then leads you up to the arena floor, so you can see for yourself what the gladiators would have seen in the moments before a contest. Walk along the very stones that they would have walked along to get there, and let your imagination take you back in time! From here, climb to the second tier of the Colosseum to explore the arena from the viewpoint of the blood-thirsty spectators who once frequented this ancient monument.

There are a number of ways you can explore the Colosseum but the tours outlined above are definitely our favorite experiences for those wishing to embrace their inner gladiator.

The Essential Guide to the Eiffel Tower