5 Unusual Foods to Sample in Paris

French cuisine is renowned the world over, and for good reason. Naturally, its epicenter is Paris – if you’re feeling hungry, you could hardly find yourself in a better place. The worldwide celebration of French food means that many of the signature dishes will already be familiar to you, and while there’s certainly nothing wrong with wolfing down some steak frites then treating yourself to some technicolor macarons, Paris also offers ample opportunities to try something a little different. Here are five interesting foods to seek out in Paris.

That’s right: snails. This is a Parisian delicacy you’ve likely heard of before, but you may well have never tried it. Snails are actually eaten in many countries across the world, including across Europe, but the practice generally has not spread to the English-speaking world. More’s the pity, because they’re a great source of protein, low in fat, and, most importantly, can be absolutely delicious.

The French escargot preparation sees the snails removed from their shells and cooked in rich garlic butter and wine, before being placed back in their shells as a neat presentation trick. You’re normally served either six or 12 snails, with special tongs and “snail forks” for extracting the flesh from the shell – the ritual is all part of the fun. 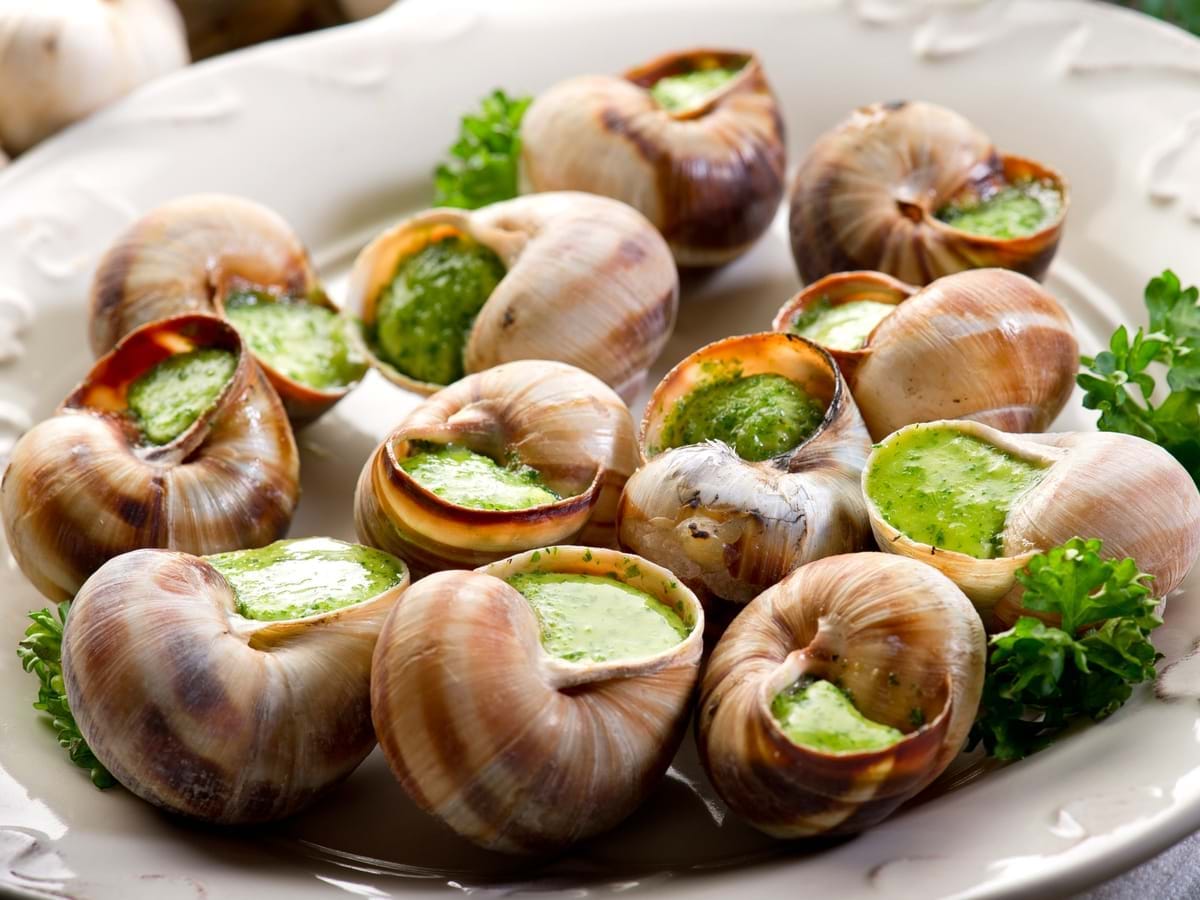 Another classic curiosity of French cuisine (to outsiders, at least) is frogs’ legs. The French are by no means the only people to eat frogs, or indeed their legs, but they approach them with rather more variation than elsewhere. It’ll come as little surprise to hear that frogs’ legs are often said to taste like chicken, on account of their delicate flavor. They’re also commonly compared to crawfish.

The most common French preparation, cuisses de grenouille frites, is similar to the way frogs are eaten in the Deep South of the United States. The legs are deep-fried like chicken wings, leading to a very similar texture and flavor.

In Paris, you’re also likely to come across more delicate dishes, such as frogs’ legs cooked in white wine, tomatoes, shallots and parsley. 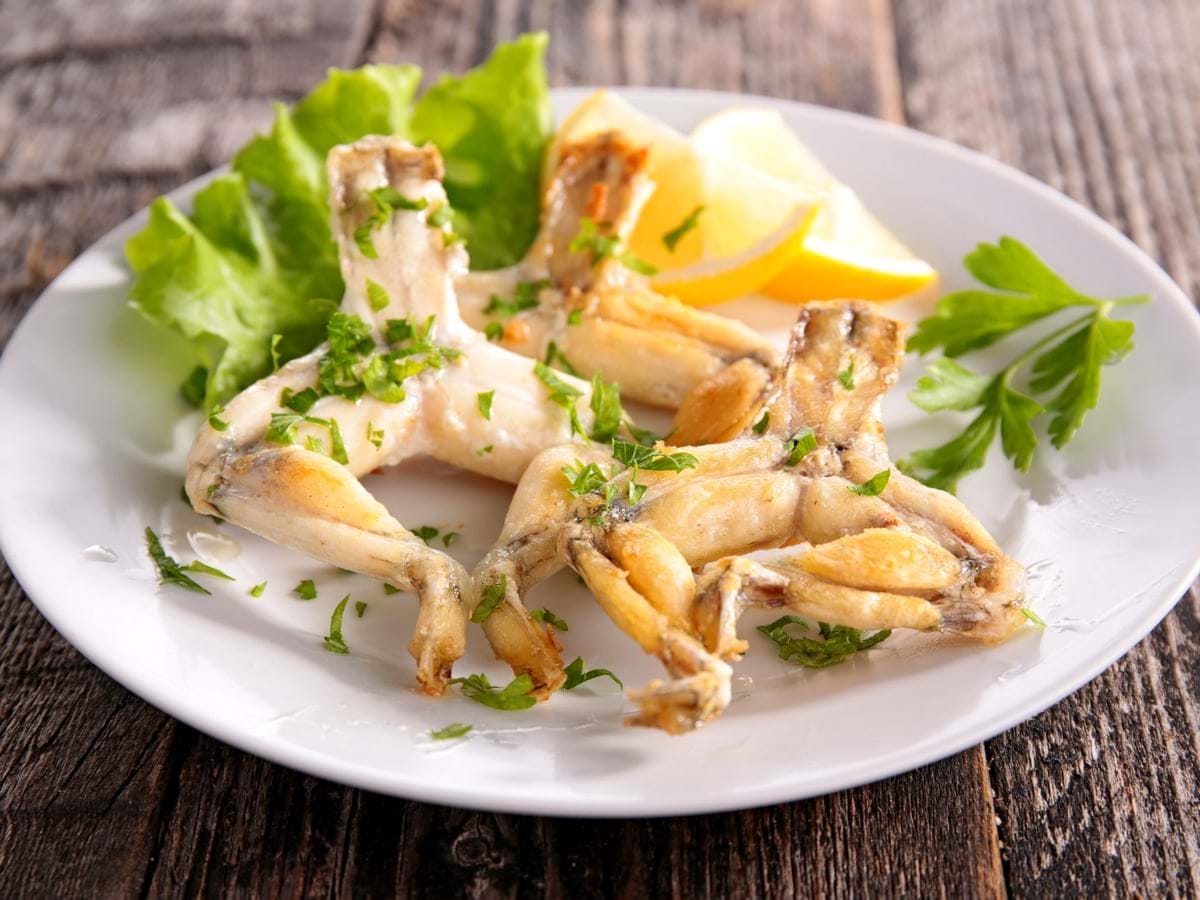 Okay, so it’s not a food exactly, but any gastronomic adventure to Paris would be incomplete without sampling the legendary fée verte ­– the green fairy. This anise-flavored spirit has been both celebrated and vilified as a hallucinogen. Despite its reputation for unlocking altered states of consciousness, however, the modern consensus is that it’s no more psychoactive than other alcoholic drinks. Nonetheless, it’s very strong; up to 148 proof.

Absinthe remains illegal in some parts of the world, which included France until as recently as 2011. This is a little surprising, because France – and Paris in particular – has been the place most associated with the drink, as a creative lubricant for artists, writers and various other bohemian types. Head to La Fée Verte in the Bastille district for your absinthe fix, served in the traditional style with slotted spoons and sugarcubes. 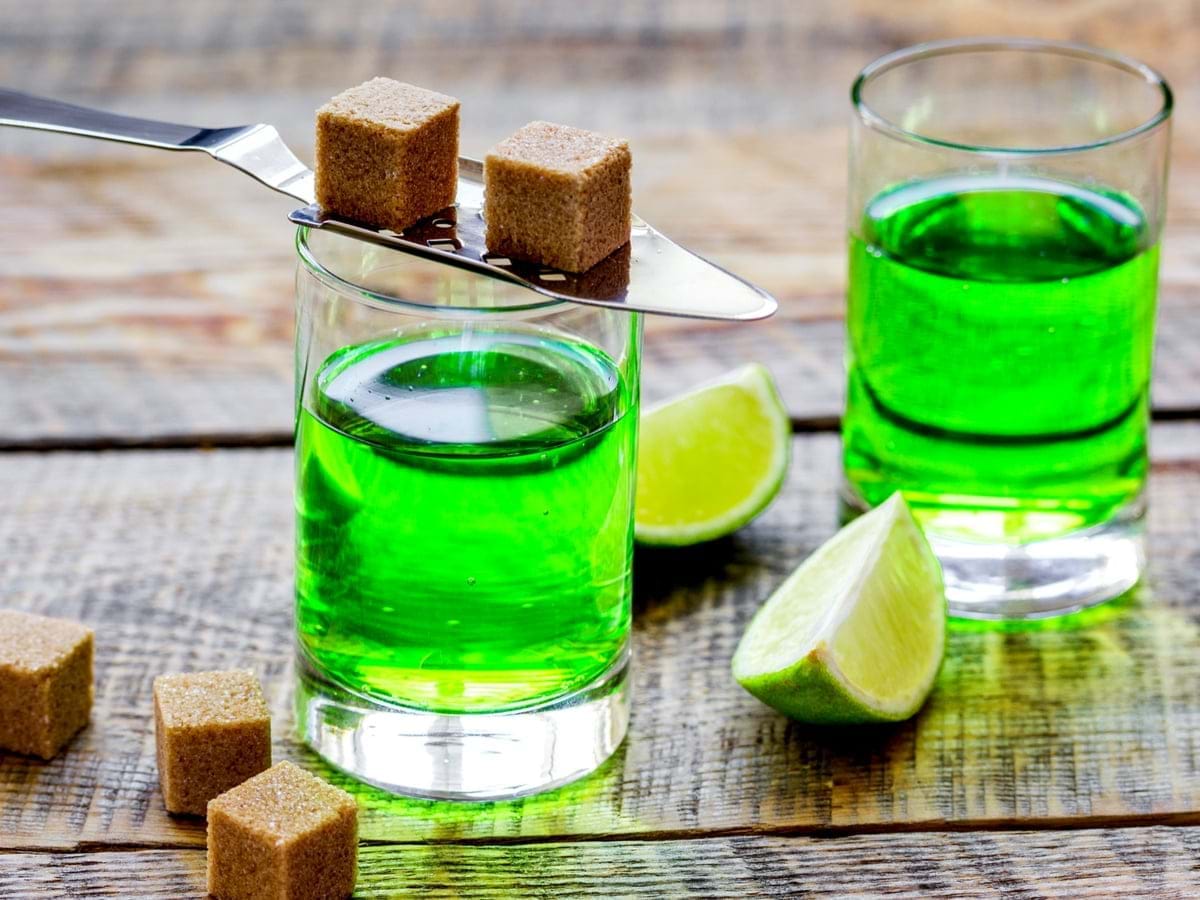 If you think about it, there’s really no difference between eating a cow’s tongue and eating any other part of the animal. Yet in many countries, convention dictates that people should shrink away at the thought of eating an animal’s tongue.

Not so for the French. They’ll tell you that langue de boeuf is a delicious dish, which melts in the mouth thanks to its high fat content. For the same reason, it has to be cooked slowly, and is normally braised, often with onions and red wine, until it’s so tender it falls apart. It’s then divided into thin slices, so don’t worry – you won’t be faced with an entire tongue on your plate. 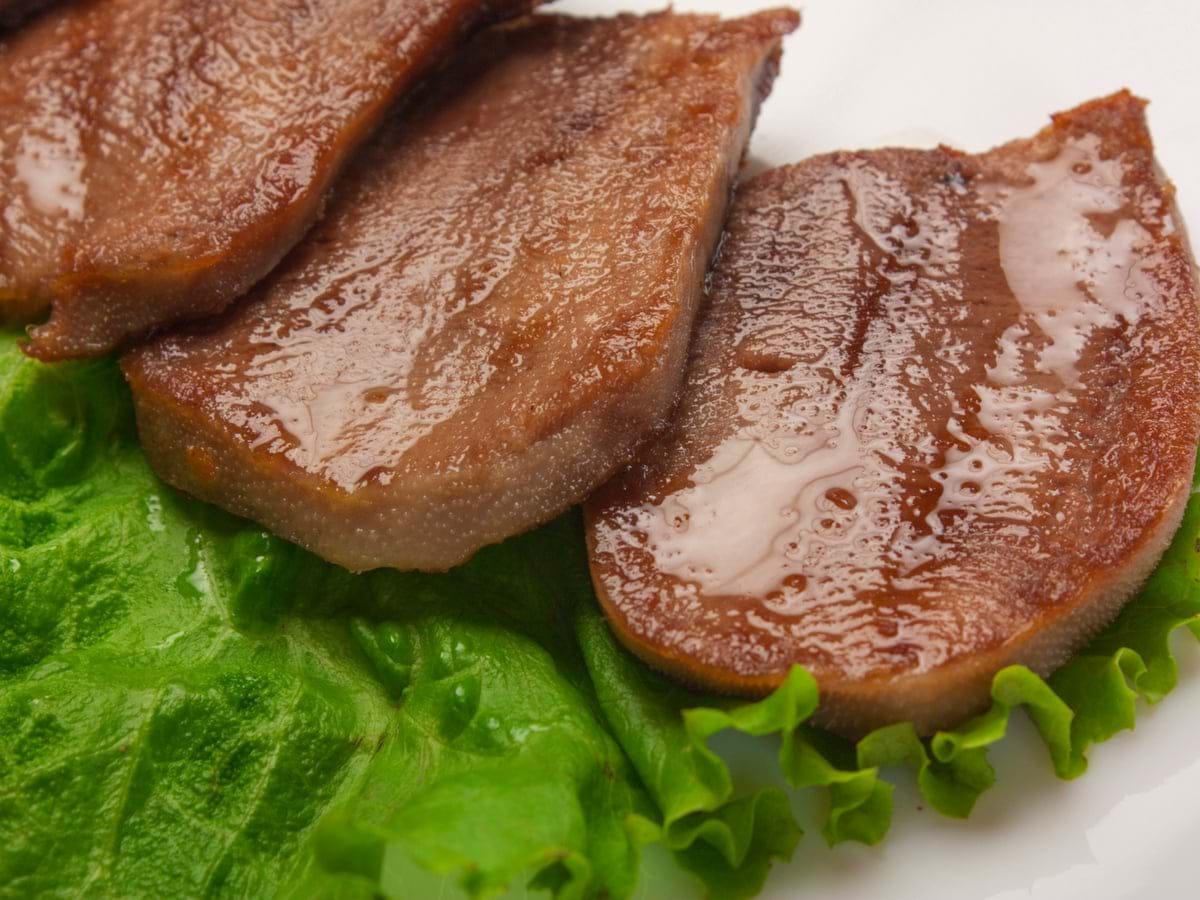 Intestines, anyone? The idea of eating animals’ guts may not sound particularly appealing to those who aren’t used to it, but they feature heavily in French cuisine. Tripe – the stomach lining of cows and sheep – is a common fixture in cuisines across France and the world over. However, andouillette, a type of grilled sausage made with pork intestines, is a uniquely French concern.

It has to be said that, unlike langue de boeuf, there’s no way of disguising what you’re eating here. The innards of the sausages have a uniquely tubular appearance, while for many people the big stumbling block with andouillette is the pungent smell – perhaps an unsurprising feature, given that the dish utilizes sections of pig colon. All that being said, once the taste has been acquired, it can be hard to shake, and andouillette remains popular for its delicate, sweet flavor.

So, there you have it: five unusual foods for you to sample next time you’re in Paris. This is just a selection, of course; adventurous diners will find plenty of other off-the-beaten-menu delights in the French capital, from pigs’ trotters to calf pancreas. And the beauty of Parisian food is that for every strange curiosity you’ll find something comforting and familiar. Jambon-beurre, the city’s favorite lunch, is nothing more than a buttered baguette stuffed with sliced ham – and you can’t go too far wrong with that. 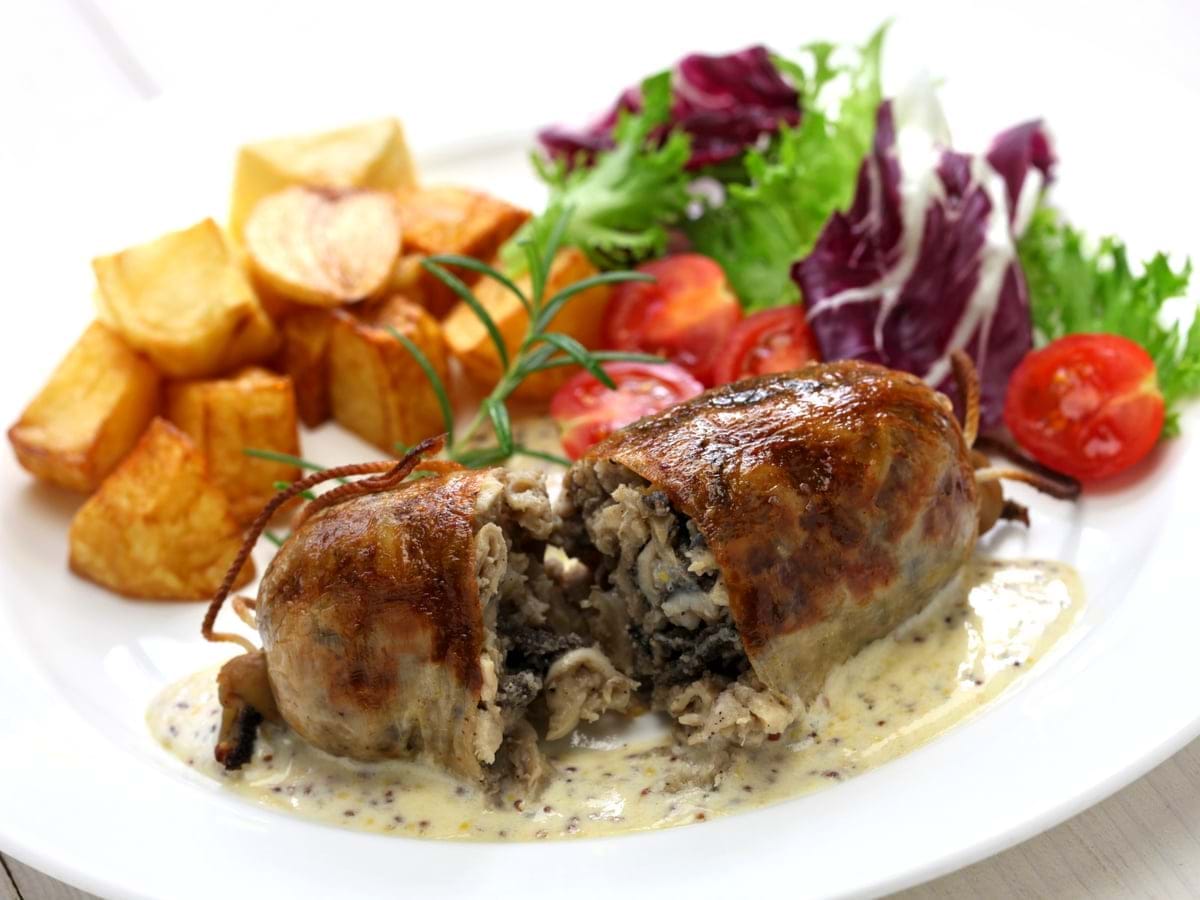 Andouillette, a type of grilled sausage made with pork intestines