Located in Normandy, France, Mont Saint Michel has fascinated historians, tourists and researchers for many years. It is picturesque and visited by many, but there are still mysteries that surround this magical island and the monastery that dominates it. Perfect for day trip from Paris, Mont Saint Michel is a complete and utter wonder - read on to find out five mysteries that make it so special…

1. Why was the monastery built? 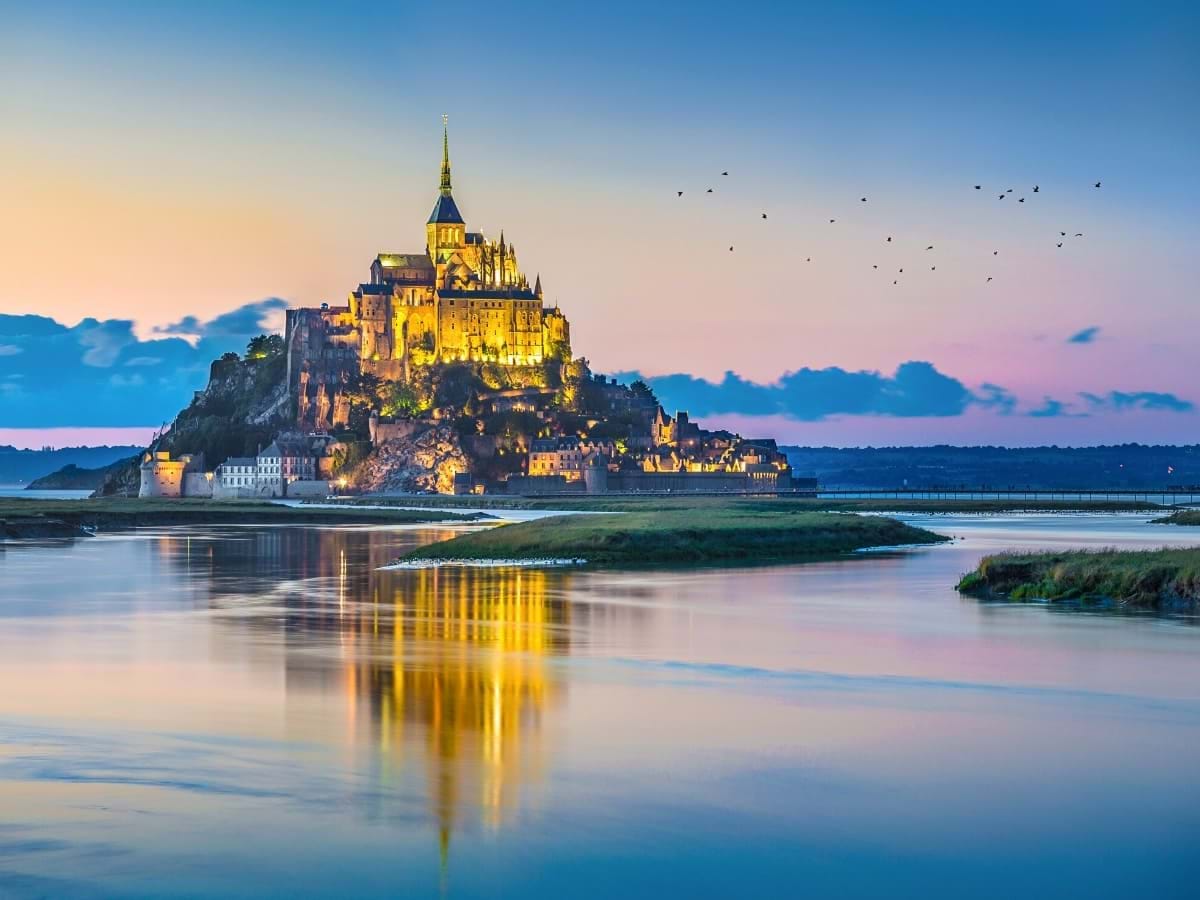 Legend has it that Saint Michael, the Archangel, wanted an abbey to be built on Mont Tomb Island. He appeared three times to Saint Aubert, who just ignored him over and over again. So, the Archangel decided to burn a hole in Saint Aubert’s skull with his finger, thus convincing him to build the monastery. But is this really what happened, and if not then why is there an abbey on this little island that has historically been so difficult to reach?

For years, Mont Saint Michel has been a pilgrimage point for men, women and children. It is 1 km away from the shore and has often proved fairly treacherous when it comes to walking there. Pilgrims would take roads that were aptly named ‘paths to paradise’ in the hope of being assured eternity by the Peseur des Ames - the soul weigher.

2. When was the underground chapel built?

The Chapelle Notre Dame Sous Terre, otherwise known as the Underground Chapel of Our Lady is part of the island that is completely shrouded in mystery. It is, historians and archaeologists agree, the oldest part of the monastery. Its brick walls share many features with buildings from the first millennium - but what everybody has always wanted to know is whether it was an early Christian church, built during the 8th century, or later in the 9th or 10th centuries.

It turns out that it is from the 10th century. Christian Sapin, a specialist in medical architecture, analyzed hundreds of bricks from the chapel during the 2000s. Part of the chapel was built during the first half of the 10th century, while other parts were built during the second half of this century. The jury is still out in terms of whether or not this was built by Saint Aubert as part of his bid to please the Archangel. And if not, who did build this underground chapel - and when? When visiting from Paris, tours can be arranged where you can see this fascinating underground chapel. 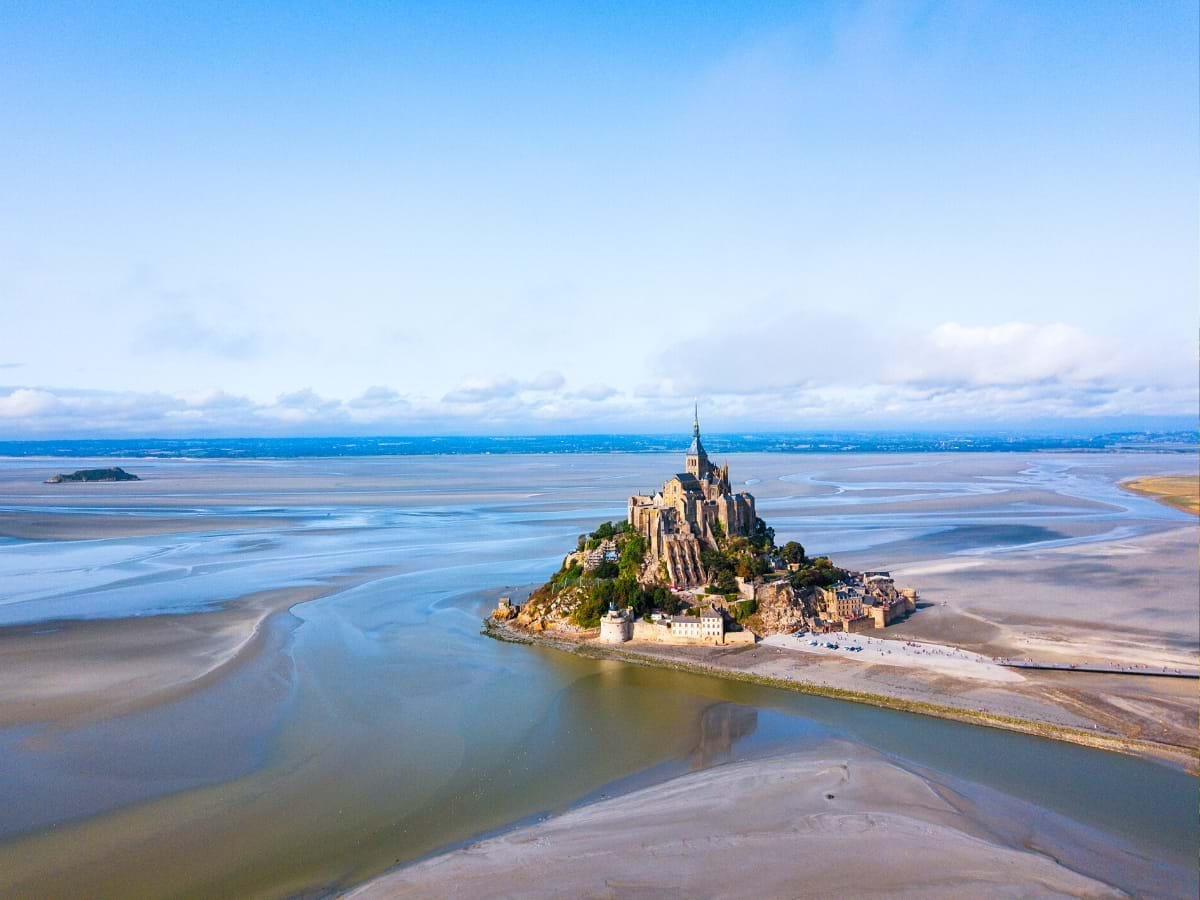 The monastery is beautiful, and makes for a popular ‘get out of Paris’ day tour when the hustle and bustle of the city gets a bit too much. Since the very early days of the abbey’s life, it has been a subject of conflict between Normandy and Brittany. Rivals anyway, they each wanted to claim Mont Saint Michel as theirs, as a status symbol for their region. Both regions, very different from each other in culture, language and history, are incredibly stubborn - too proud to admit defeat, it is still unclear who technically claims ownership of the beautiful monastery on the island.

4. Who is buried beneath the cloister? 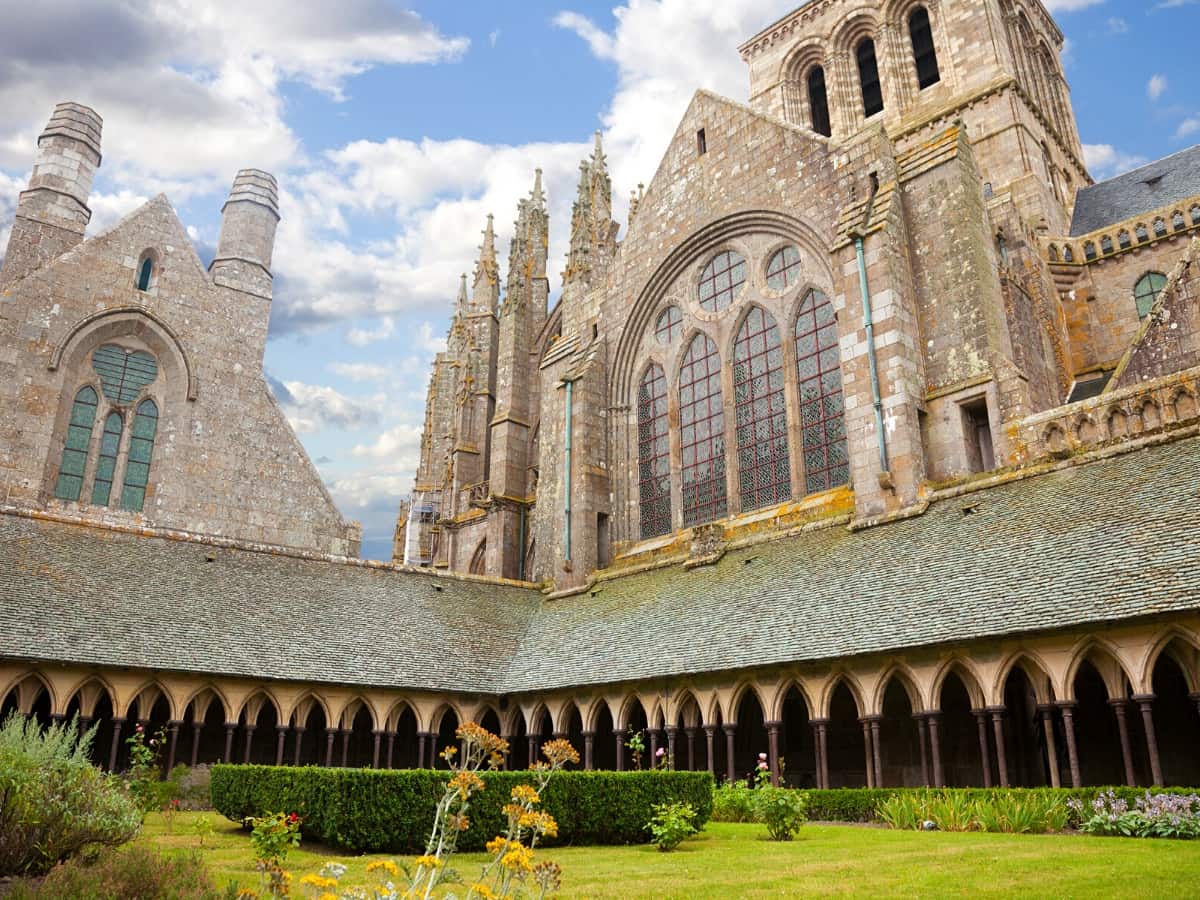 In 2017, researchers were unearthing old paving (from the 13th century) around 40 cm below the current ground level at Mont Saint Michel. There was also working being carried out on utility lines in this area, and around three dozen medieval graves were found here. The bodies - of men, women and children - were mostly indistinguishable, although some remained intact. If you are traveling to Paris, tours to the island are available so you can walk along the streets where these graves were found.

Nobody knows anything about these bodies. Who are they, when did they live here, and how did they die? What was life like for them on the island? These are the first graves found on Mont Saint Michel, so researchers will have a lot to be getting on with on the island as they work to discover everything they can about the bones beneath the cloister.

5. What happened at Mont Saint Michel before the monastery was built? 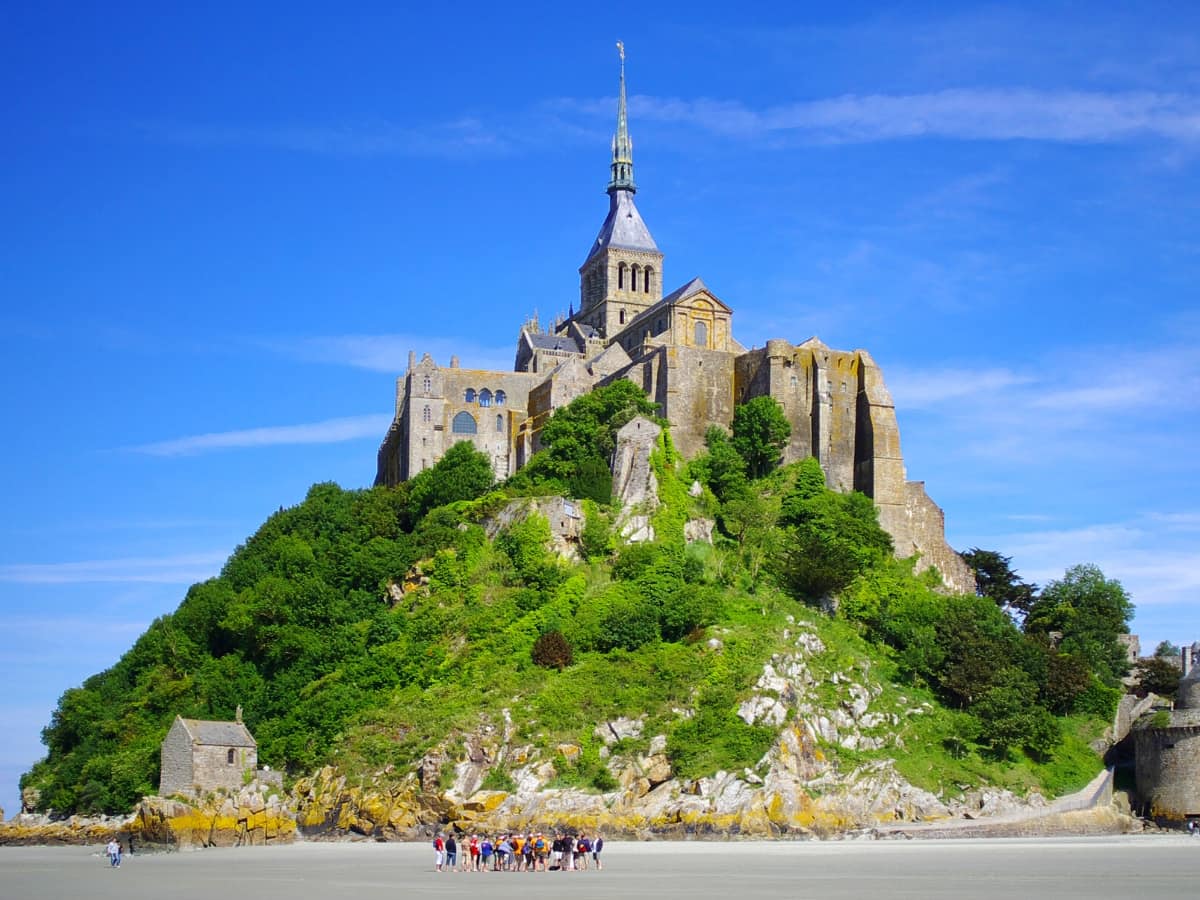 It is said that the island was a link to another world. There is plenty of folklore connected to Mont Saint Michel that goes back to as early as the 5th century - evidence suggests that it was not yet an island at this point but part of a larger area. This is linked to standing stones placed at elevated positions with a direct line of sight to Mont Saint Michel itself - way before the monastery was even imagined.

So how did Mont Saint Michel become an island? In the pre-Christian period, there is a link between the island and a giant named Gargantua. It is said that he dropped his shoe and created three hills (Tombelaine, Mont-Dol and Mont Saint Michel itself) which later became islands due to extreme changes in the weather such as earthquakes.

Later, Christian hermits are said to have settled on the island of Mont Saint Michel, where they built two sanctuaries. One was dedicated to Saint Stephen, the first Christian martyr, and the other to Saint Symphorien, another young martyr. There is a church on the island today, dedicated to Saint Peter, and it is thought that this lies on the site of one of these sanctuaries. But which one is it? That is just another mystery of Mont Saint Michel!

There are many Christian traditions associated with the island and the monastery, but all of them likely have ties to paganism and folklore that has existed on Mont Saint Michel for millennia. Originally the island was called Mont-Tombe (from the Latin ‘tumba’ meaning mound and tomb). Perhaps, then, Michael the Archangel felt that the island needed saving from Celtic tradition and that’s why he ordered the monastery to be built…

The mysteries of Mont Saint Michel are fascinating, and if you want to take a break from sightseeing in Paris then it is absolutely worth visiting this incredible place where history and nature collide. If you happen to visit Paris in the summer and take a day trip over to the island, the weather is likely to be absolutely perfect for you. With tours in Paris and beyond, you can truly learn so much when visiting France!

Paris Arts & Culture Day Trips Once in a Lifetime