Known as the capital of Art, Florence is home to some of the world’s most famous works of art. But Florence also has countless lesser-known artistic gems found hidden any where from the Museo dell’Opera del Duomo to the local chapel’s and churches. 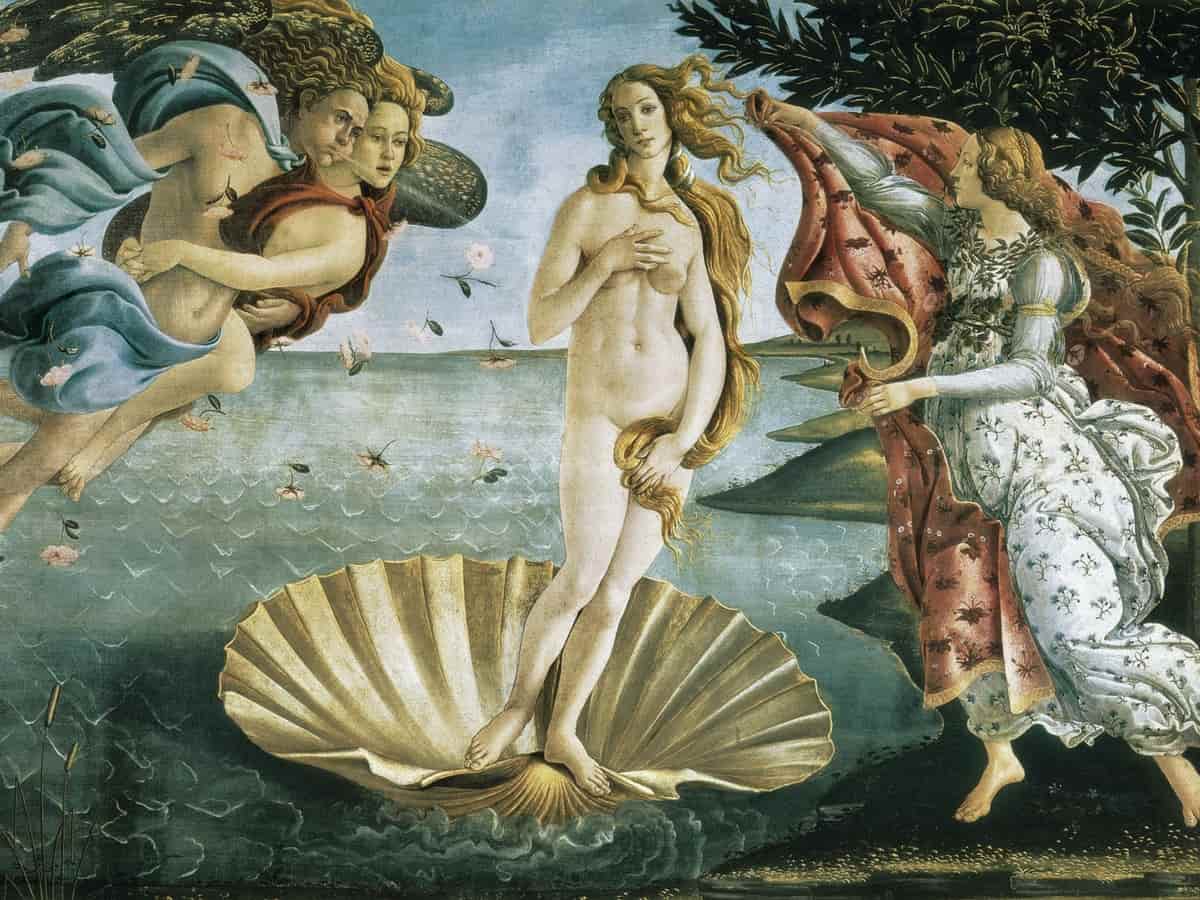 The Uffizi: Beyond Botticelli

As one of the largest galleries in the world, Uffizi houses some of the world’s most iconic masterpieces, among them being Botticelli’s Birth of Venus. As amazing as this one work is, it can be easy to forget just how impressive the Uffizi’s wider art collection is. Not only are there countless other great pieces, including Gentile da Fabriano’s Adoration of the Magi and the celebrated Medici Venus statue, but parts of the building itself are artworks in their own right. The ceiling of the East Corridor, is brimming with colorful figures and forms, while the octagonal Tribuna room, with its marble floors and pearl shell-encrusted dome, also warrants a closer look. 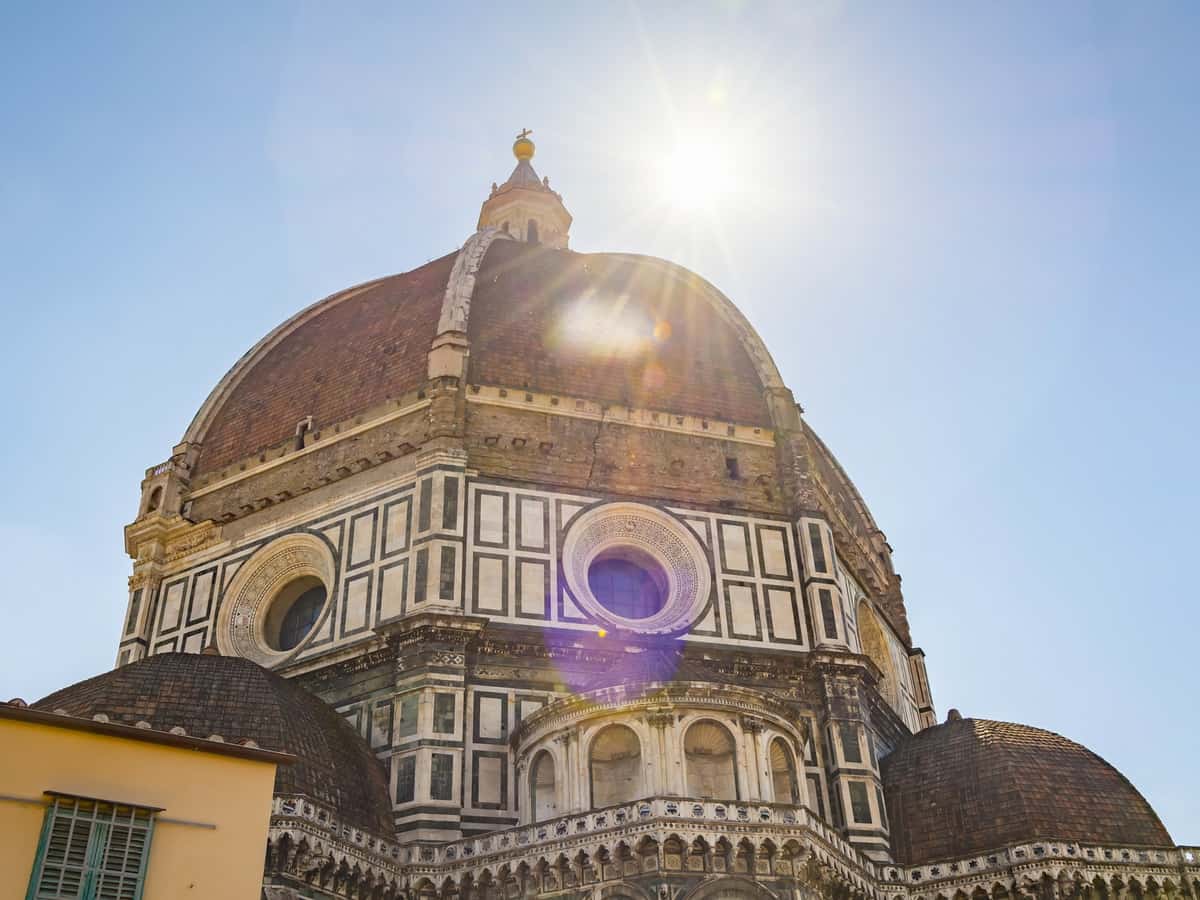 While many tourists climb up to Brunelleschi's red-tiled cupola, few visitors make it to the museum hidden just behind the cathedral. The museum houses all the original artworks that were once displayed within the Duomo itself but have since been moved here for safekeeping and preservation. Hidden away in this oft-overlooked museum are some of the greatest pieces of the Renaissance, including Ghiberti’s gleaming, gilded Porta del Paradiso and Donatello’s shockingly detailed depiction of a gaunt, haggard wooden sculpture of Mary Magdalene as well as – perhaps most famously – Michelangelo’s haunting The Florentine Pietà. The latter of these was constructed by Michelangelo when he was in his 70s and was supposedly meant to be for the artist’s own tomb, but Michelangelo, allegedly frustrated with the piece, let out his anger on his own work, destroying the original arm and the left leg of the Christ figure. There is also an exhibit covering the construction of Brunelleschi’s famous dome, as well as unrivalled views of the cupola from the open-air Terrazza Brunelleschi. 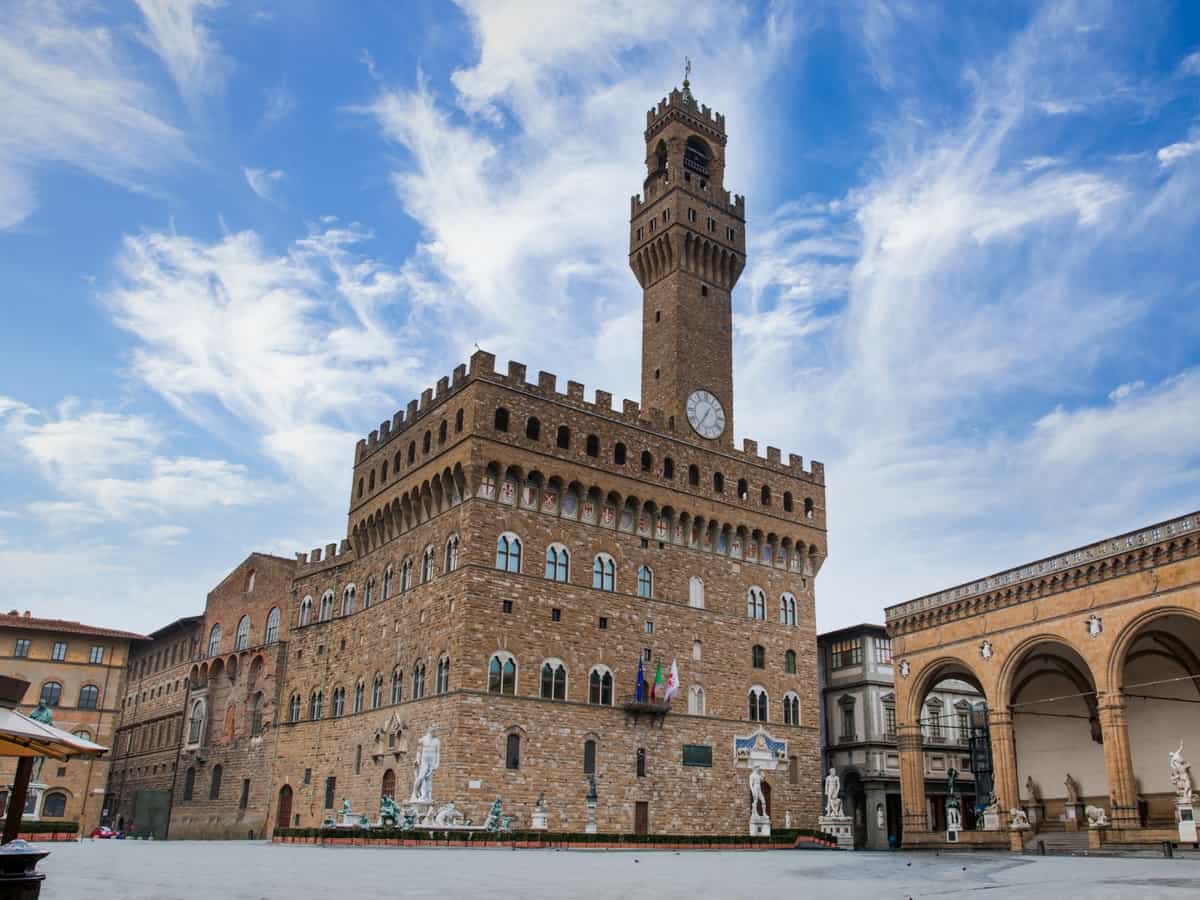 See some world famous sculptures in the quiet setting of Bargello

Set in one of the oldest building in Florence, The Bargello’s galleries are housed inside a former city jail, the gallery itself is quiet and crowd-free, meaning you can mull over the exhibits at your leisure and stride through the galleries at your own pace. Besides an impressive assortment of Donatello classics, including an early youthful marble version of a dressed David and a later naked bronze. Michelangelo is also given a decent chunk of floor space, with the likes of his wine-toting Bacchus, which the master produced at the tender age of just 21, on show. For Renaissance art lovers, the Bargello is to sculpture what the Uffizi is to painting. 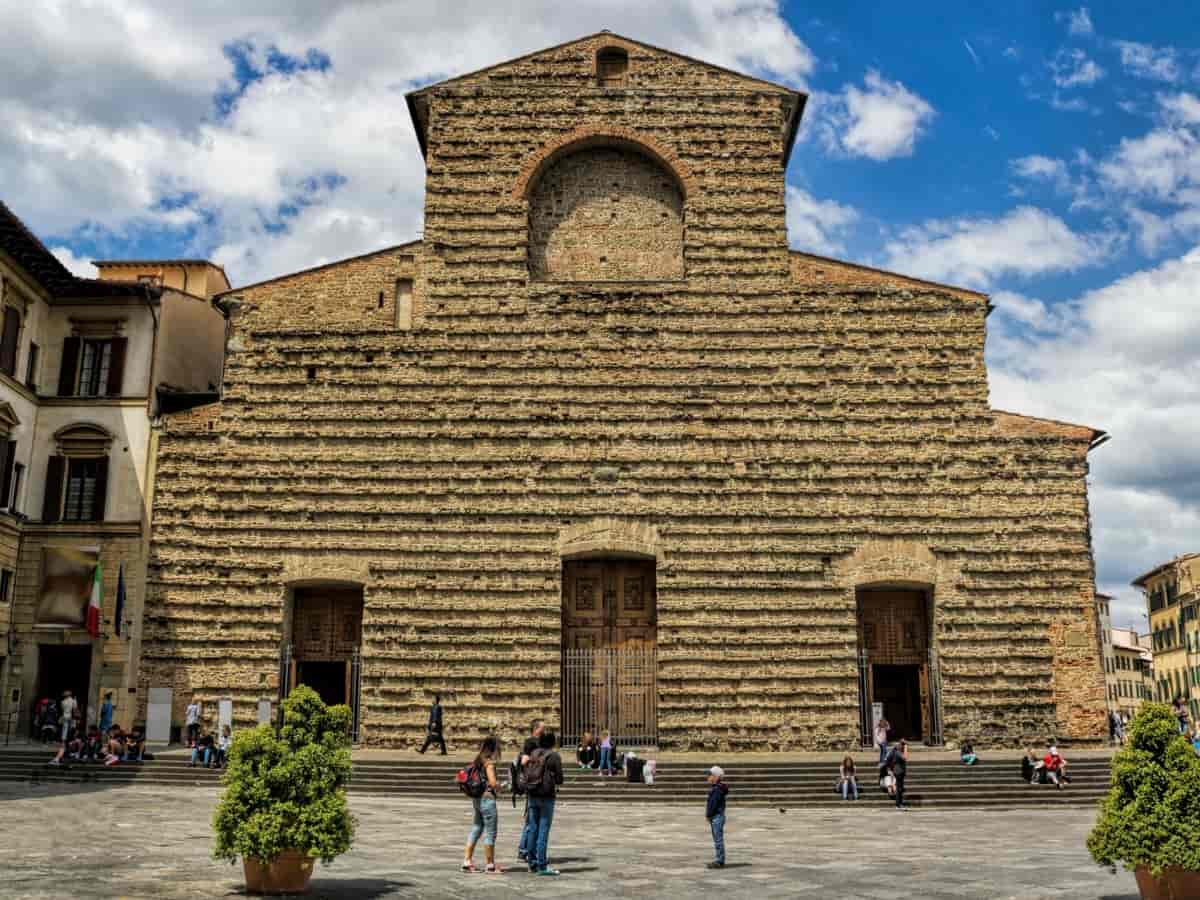 Many chapels and churches in past centuries have commissioned Renaissance-era artists to create frescoes. A lot of these churches are free to enter, and except for Santa Croce – are quiet. Santissima Annunziata, located on the piazza of the same name is an under visited Renaissance treasure. On arrival, you will be greeted with the fabled fresco of the Madonna, which was painted by a friar and, according to legend, finished by an angel. On the same piazza is the Brunelleschi-designed Istituto degli Innocenti, a former orphanage containing the Innocenti Museum, where works created by the likes of Botticelli and Domenico Ghirlandaio especially for this building are displayed.

Other churches quietly hiding magnificent masterpieces include Santa Felicità, where you can see the Brunelleschi-designed Barbadori chapel, which is adorned with a series of red, pink and orange-dominated frescoes painted by Italian Mannerist painter Pontormo, and Santa Maria Maddalena de’ Pazzi, featuring Perugino's magnificent Crucifixion fresco.

It may not be as aesthetically pleasing from the outside as the others but the Basilica of San Lorenzo originally enlisted Michelangelo to design the façade, but his plans were never actualized. The interior does contain a handful of jaw-dropping architectural and artistic features. The Old Sacristy, designed by prolific Renaissance-era architect Brunelleschi and featuring sculptural decoration by Donatello. Donatello’s own grave is found in the crypt, which is part of the San Lorenzo Treasury Museum. It’s worth paying a little extra for entry into the museum, which displays remarkable chalices, crucifixes and other items, as well as the grave of Cosimo de' Medici, also known as Cosimo the Elder, the man responsible for bringing the family great wealth and the de facto leader of Florence during the Renaissance period.

Also of note is the Chiostro dello Scalzo, a gorgeous and blissfully quiet glass ceiling-enclosed cloister just a stone’s throw from Piazza San Marco. The cloister is adorned with a 16th-century grayscale fresco series by Mannerist painter Andrea del Sarto. 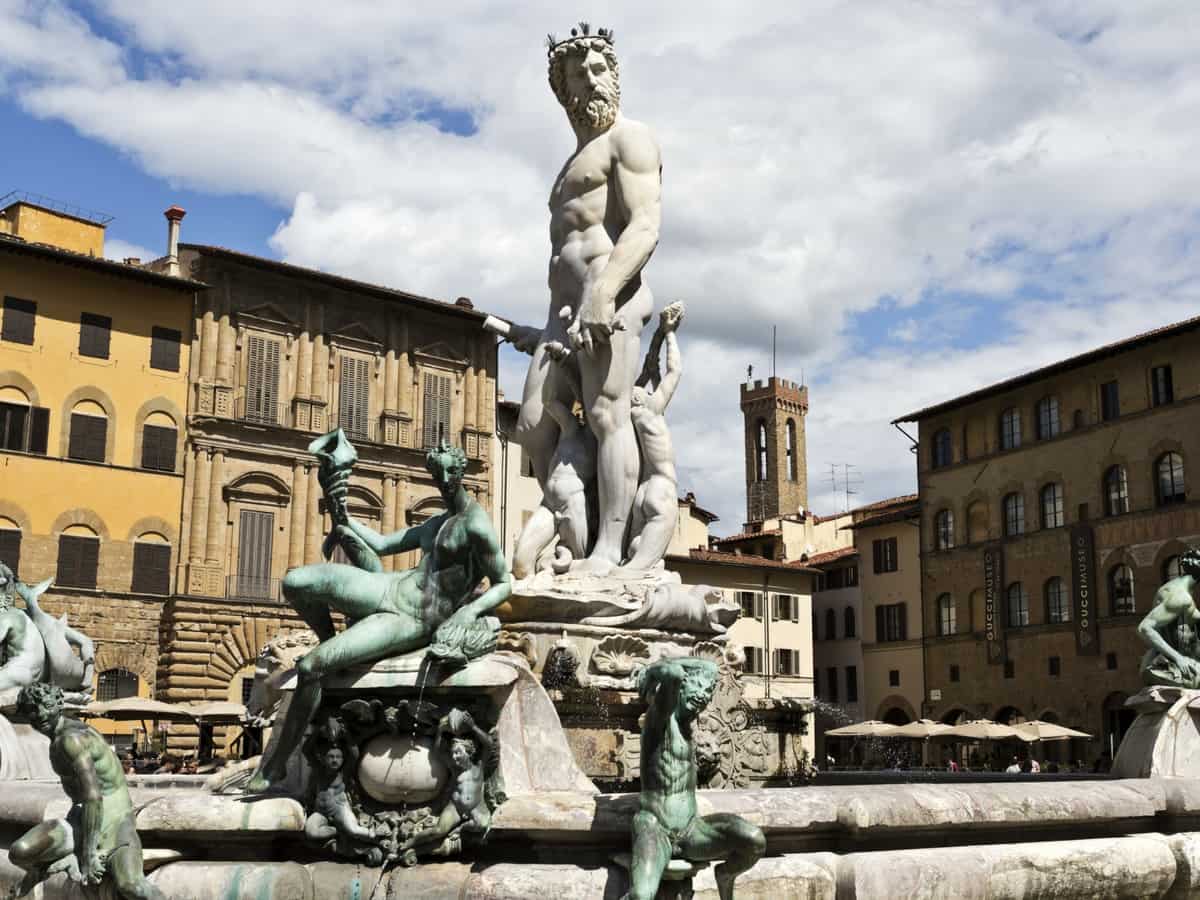 Stroll through the streets of Florence and you will be met with an array of artistic gems. Though lots of tourists pass through the doors of the Palazzo Vecchio, few take the time to stop and admire the artworks in the public courtyard. As part of an effort to spruce up the courtyard in the run-up to the marriage between Francesco de’ Medici and Hapsburg Princess Joanna of Austria, the Medicis had Vasari add frescoes depicting various Hapsburg estates, as well as stucco adornments on the columns. Unfortunately, a time-tight Vasari had to do his work on dry walls rather than wet plaster, a shortcut that ultimately hasn’t helped with preservation, but these often neglected artworks are still fascinating to behold.

Another open-air artistic treasure is the Fountain of Neptune located just outside Palazzo Vecchio on Piazza della Signoria. The fountain depicts the god of the sea, a gleaming white figure carved from marble, surrounded by bronze sea nymphs. 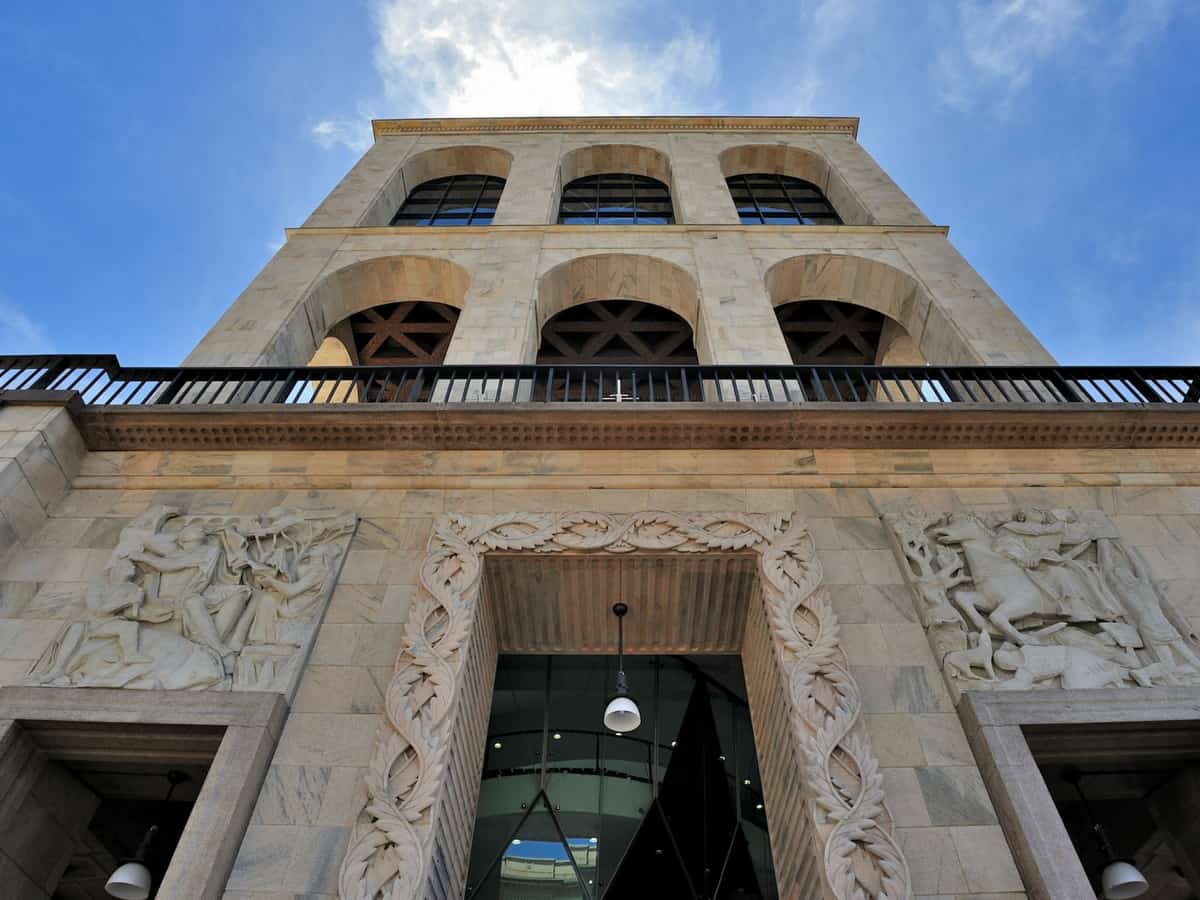 With most visitors to Florence so wrapped up in the romance of the Renaissance, the city’s contemporary art spaces are often neglected. But this city hasn’t been sealed off since the Renaissance. Leave behind any preconceptions you have about Florentine while checking out the innovative and intriguing contemporary pieces at the Centro di Cultura Contemporanea Strozzina. The Museo Novecento, dedicated to all things 20th century, is also good for anyone suffering from fresco fatigue.

If you’re seeking a little guidance on the city’s lesser-known art gems, take a look at our expert-led Florence tours. During our half-day best of Florence walking tour, you’ll explore the open-air artworks of Piazza della Signoria with an in-the-know expert, while our full-day Florence tour and our skip-the-line Uffizi Gallery tour will introduce you to not only the well-known works but also the lesser-appreciated masterpieces of Florence’s greatest gallery. 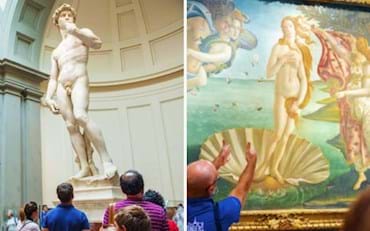 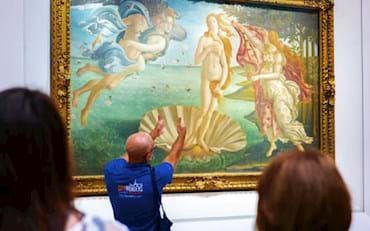 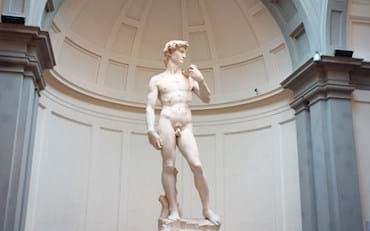 Available in 2021
Skip the Line

Private Best of Florence Tour with David & the Duomo