Ok, full disclosure, this is actually our fabulous day trip to Bath, the Cotswolds and Stonehenge, but look closer and there’s a lot more to this tour than meets the eye. From Austen’s regency era, to Harry Potter’s Hogwarts and Godric’s Hollow and back in time with the ancient Druids, you’ll be heading home with not just memories but with great stories to tell as well. 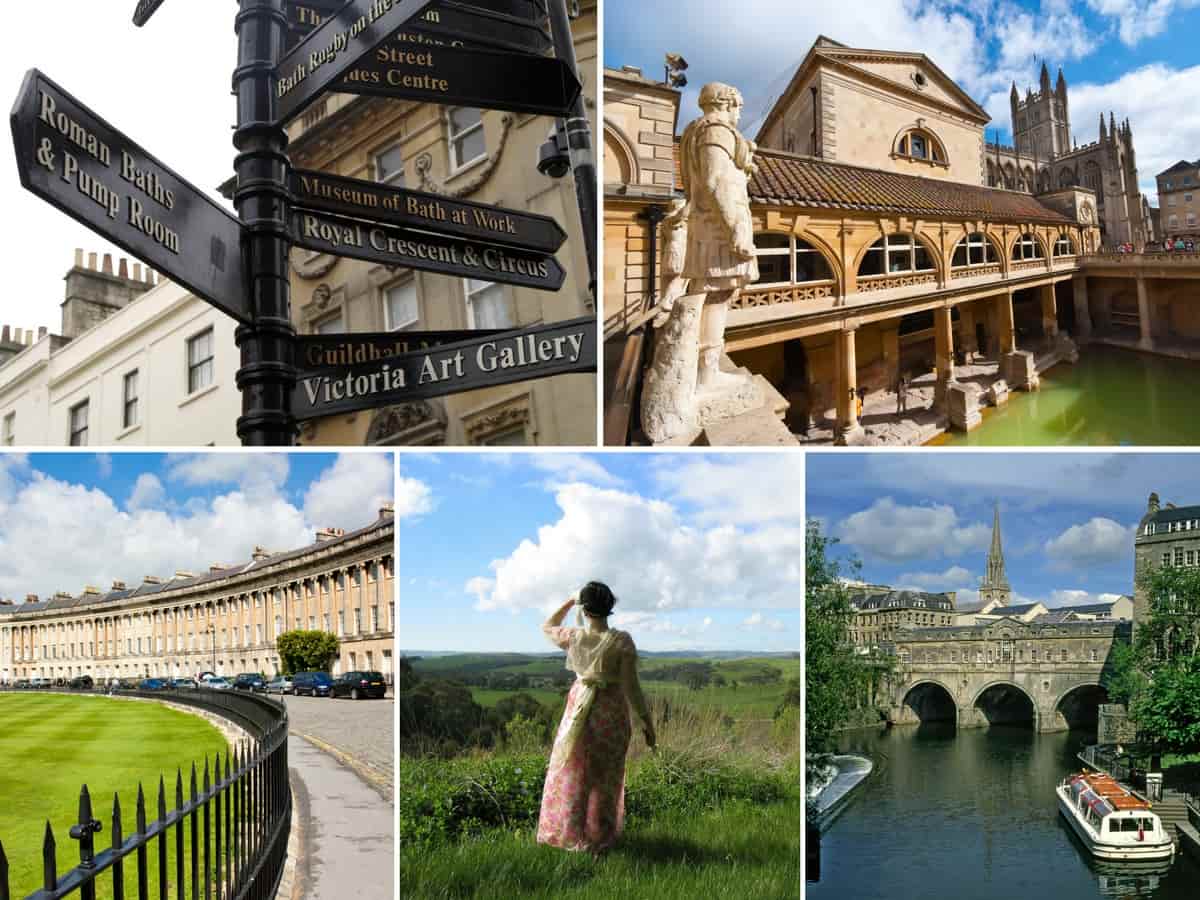 Our tour starts in London where you are met by your guide and whisked out of the city by luxury coach arriving in no time to the city of Bath. If you were a young person of a marrying age in Jane Austen’s regency era, Bath was the only place to be, and to be seen. Austen lived there herself while writing Persuasion and Northanger Abbey, both of which bring to life what it was like to be young and looking for love or at least a hefty bank balance in England’s social capital. You’ll walk the cobbled streets of the Royal Circle and be instantly transported to the era of horse-drawn carriages, empire line dresses and a time when social standing was everything. No day was complete without ‘taking a turn’ around the famous Pump Room in all your finery so the men could pick who to dance with at that evening’s ball… The Regency era’s version of Tinder!

Add to that the Ancient Roman baths, the grandeur of Bath Abbey, the famed delicious Cornish pasties and more shops, tea rooms and Ye Olde English pubs than you could shake a stick at. With plenty of time to explore and discover you’ll be ready for the next stop and maybe for a little magic. 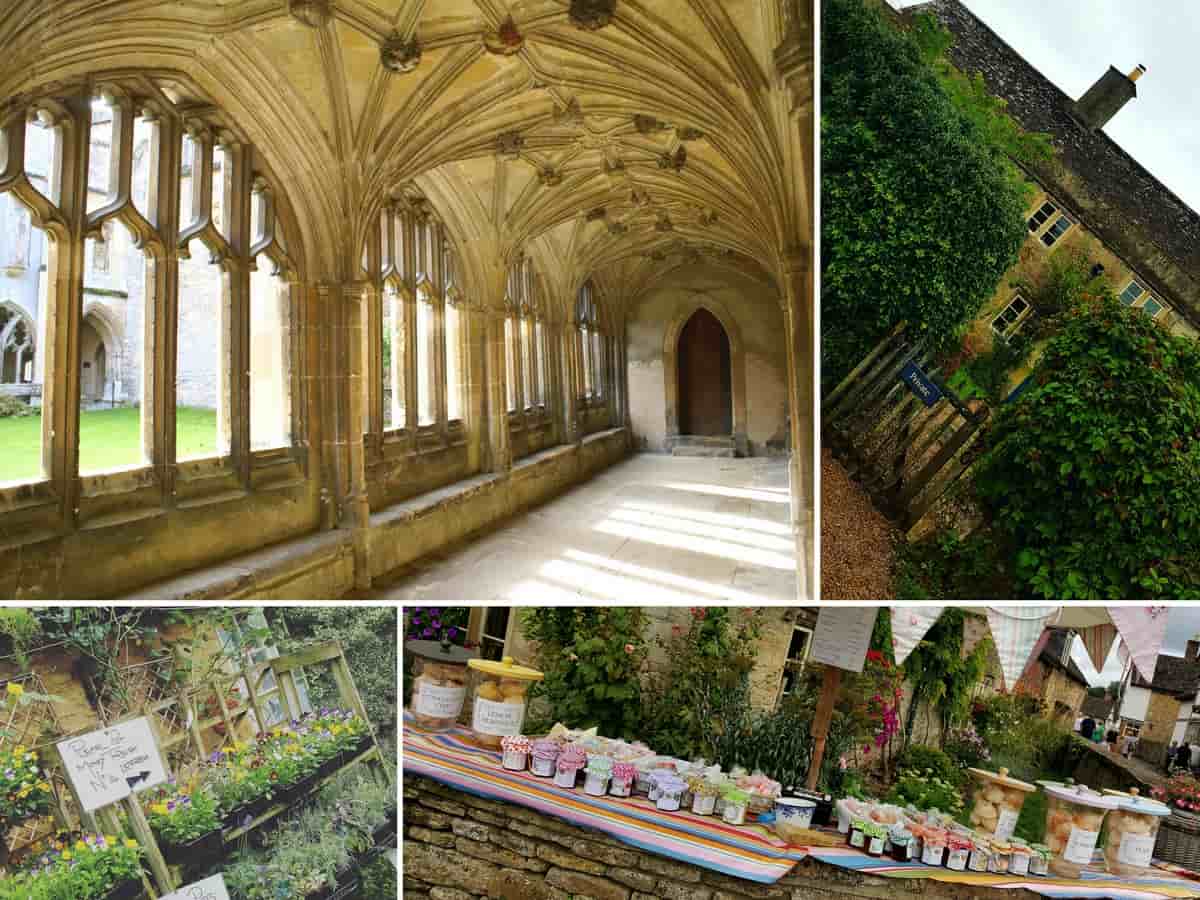 Walk in footsteps of Harry Potter in Lacock Abbey

As you arrive in Lacock village in the Cotswolds you’ll be immediately struck by just how untouched this quiet, quintessentially English village is. Located away from any train lines, Lacock has escaped the Victorian expansion that happened to nearby towns, it is essentially a village frozen in time.

You may not have heard of Lacock, don’t worry, you’ve seen it before, fans of Harry Potter will be thrilled to find themselves walking in the footsteps of ‘He who must not be named’ as he made his way through the streets of Godric’s Hollow to Lily & James Potter’s house on the fateful night Harry became ‘the boy who lived.’ Eagle eyed fans can geek out at Professor Slughorn’s house and of course Lacock Abbey where the outdoor vaulted courtyards feature as Hogwarts in a few of the movies. You can even get your selfie outside the Potter House although understandably the owners have grown a tall hedge around the garden to keep those uber fans out. If your craving some more Potter when you return to London, discover our Harry Potter Studio Tour

Your guide will take you on a stroll of the village to make sure you don’t miss anything and then there’s lots of time to wander by yourself, get all the best pictures, relax over a typical British pub lunch and partake in a little ‘Honesty Box’ shopping, a quaint system whereby residents sell crafts and artisan products on their doorstep asking for money to be popped in their letterbox. 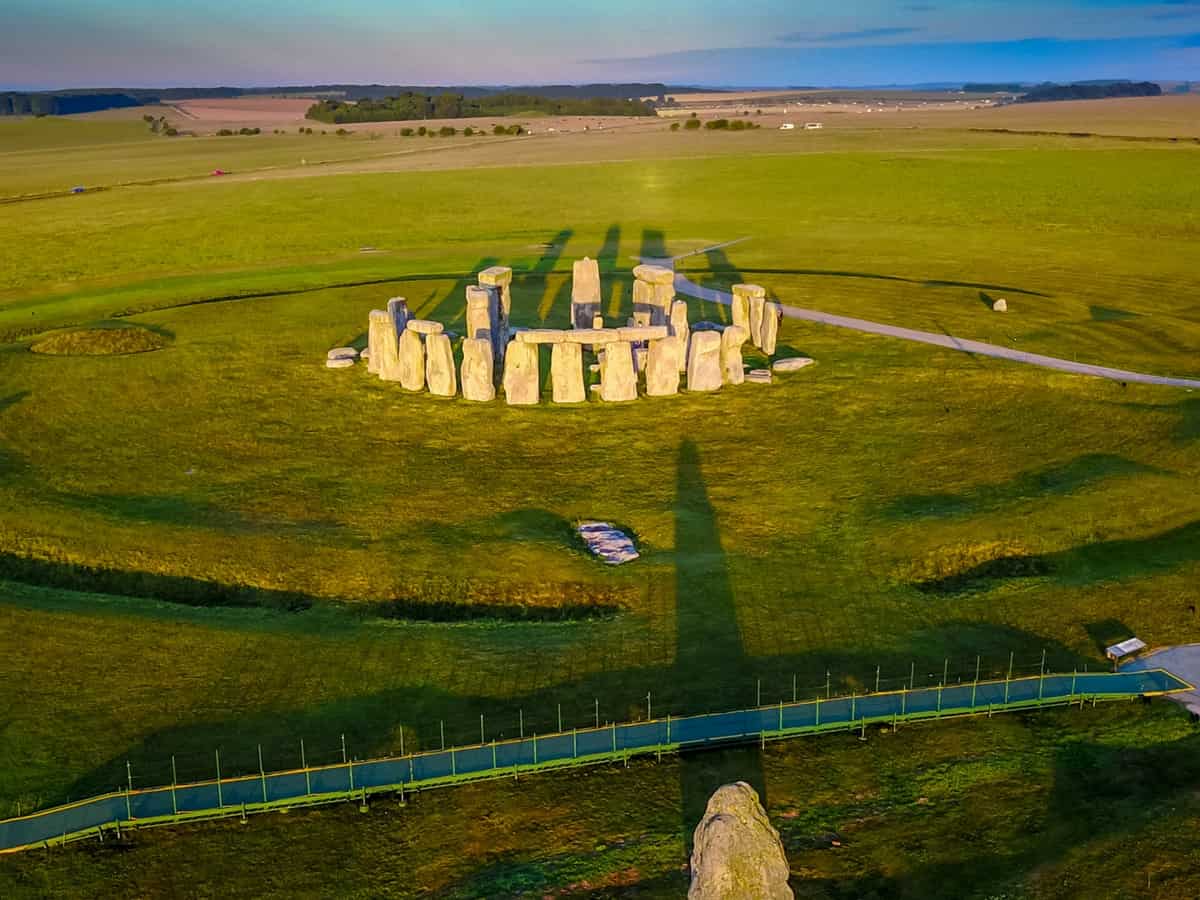 Test your theories and embrace the magical vibes at Salisbury Plains

You may need a little rest after your lunch, having so much fun and taking in all the sights. So hop back on the coach and you can relax while getting ready for the final stop of your day, going back in time to the ancient Druids, the mystical Salisbury Plains and the awe inspiring Stonehenge!

Some say Merlin took the stones from the Irish to aid King Arthur, others say they were brought from North Wales by the Druids, there’s even an alien theory out there somewhere. One thing we do know is, they’re big, 13ft high, 6ft wide and 25 tons of big! And the question of how and why will be all you can think of as you stroll your way around Salisbury Plains soaking up the mystical vibes.

Once you’ve had some ‘exit through the gift shop’ time you’ll head back to London inspired for an evening of who knows? A Harry Potter movie, a Jane Austen novel or maybe just hours Googling what is Stonehenge?

Want to discover all things Austen,Potter and Druid for yourself? Check out our Stonehenge Tour from London with Visit to Bath and Cotswolds Villages

London Arts & Culture Once in a Lifetime Inside Destinations Top Attractions