An Art Lover's Guide to Naples

Well-known for being the hub for contemporary art, Naples is the place to be if you’re a fan of all things creative. To be specific, common themes throughout the artwork in Naples are Pop Art, photography, conceptual art and Arte Povera. With an abundance of museums and galleries throughout the city, there’s also an array of public pieces and famous artistic hang-outs to boot. We’re going to cover all of the above in today’s post, so art lovers, stay tuned! 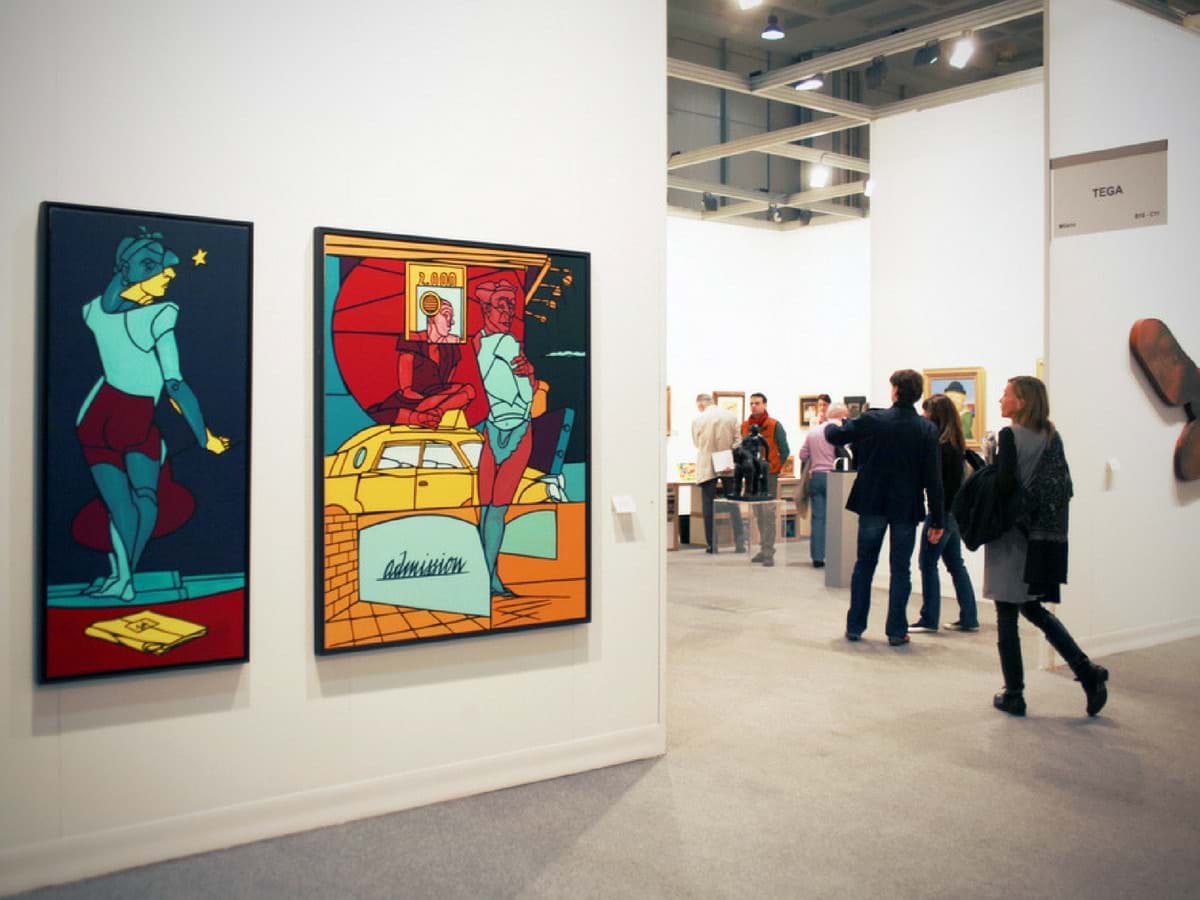 PAN – Also known as the Palace of the Arts in Naples, PAN has been established as one of Naples’ most prominent galleries, showcasing both contemporary and modern art. Located at Palazzo Carafa Roccella, an area abundant with art aficionados and fashion obsessives, the gallery is homed in an 18th century building and presents a 6,000 square meter exhibition space. It’s the home to a wide variety of different works, such as visual arts, photography, architecture and performing arts. The gallery actively tries to add diversity into the work that they showcase, enabling everyone to have the opportunity to present their work to the world.

Largo Barrache Art Space – Located in the very heart of the Spanish Quarter of Naples, Largo Barrache consists of an art workshop and gallery. The name may be a dead giveaway, but barrache translates to barracks. Yup, you guessed it! It’s buried beneath the city in winding underground tunnels, giving a rustic and industrial edge to the artwork contained within. Taking shape in 2001, the Largo Barrache project began when the unused space became part of the European Community’s urban renewal program. Nowadays, it hosts exhibitions from a multitude of Neapolitan artists, sparking creativity through intelligent and provocative works.

Galleria Lia Rumma – In 1971, Lia Rumma opened her own gallery, and used it to find and showcase the next big names in the artistic world. It presents a variety of themes in the works displayed, such as minimal art, land art, conceptual art and arte povera, with a tendency to showcase pieces both large and striking. Galleria Lia Rumma acted as a spark point for the careers of many famed artists, such as Haim Steinbach, Joseph Kosuth, Alberto Burri, Anselm Kiefer and William Kentridge to name but a few. With a large focus on ‘70s artistic international movements, the gallery prides itself on collaborations with Italian as well as international museums and institutions.

Casamadre – Founded in Piazza dei Martiri, Casamadre was created by Eduardo Cicelyn, who is the former director of the Madre Museum. Opened in the ‘70s, Casamadre stands as a collective exhibition, of which works tend to focus on conceptual and poor art. Cicelyn is well connected to the national and international art arena, meaning that a collection of talented artists could be counted on to contribute their work to various exhibitions over the years. In the past, there have been several Italian and international artists to note who have contributed, such as Jannis Kounellis, Anish Kapoor, Domenico Bianchi and Francesco Clemente. 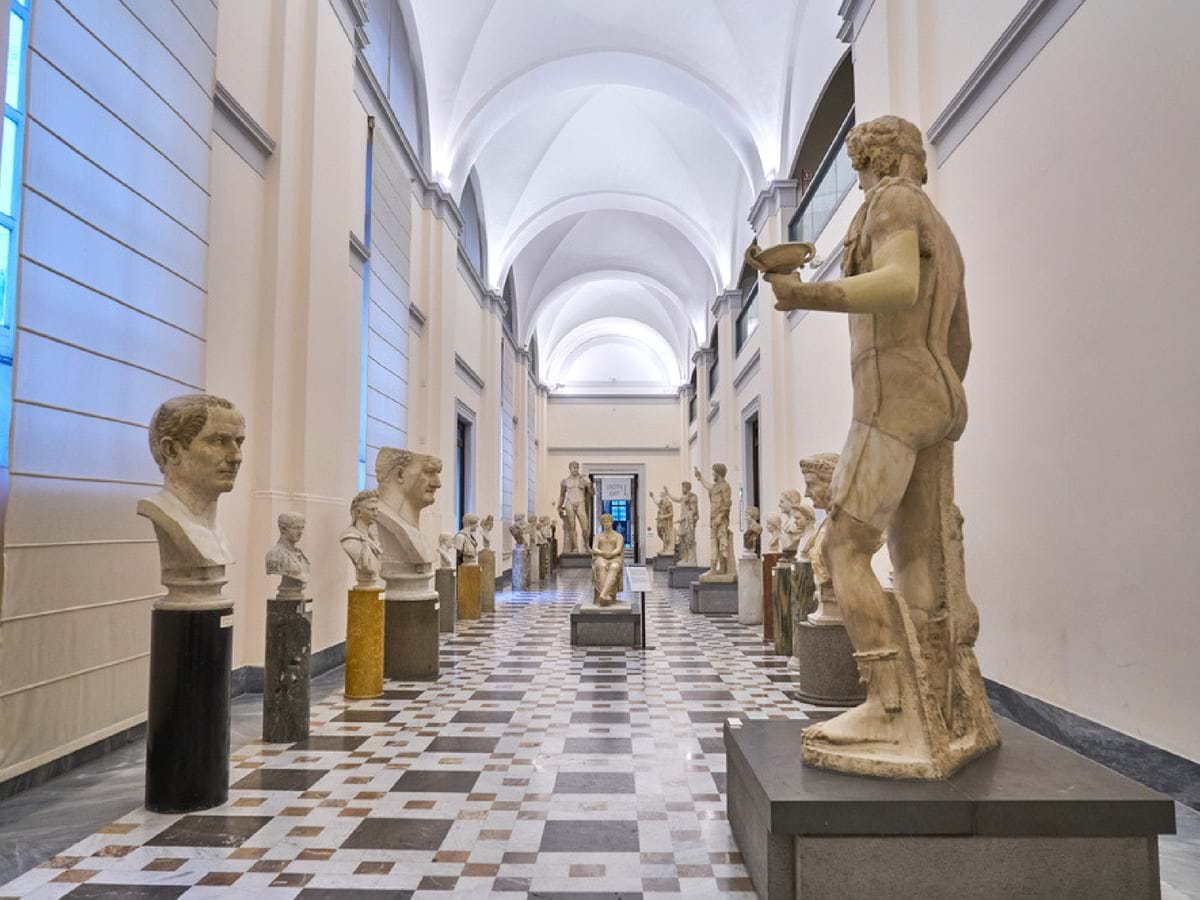 Museo Madre – The Madre Museum, also known as Museo d’Arte Contemporanea Donnaregina, is homed in the Donnaregina Palace at Centro Storico, within a 7,200 square meter exhibition space. It frequently holds exhibitions, in the aim of displaying artistic works as well as expanding the permanent collection within the museum. Despite its ancient exterior, inside bright, airy and modern, and acts as home to some of the greatest pieces of contemporary art. Featuring mid-to-late 20th century works, a variety of local, national and international artists and several famed pieces in their permanent collection, new director Andrea Viliani promises a bright future for the museum.

Plart – An entire museum to celebrate plastic and polymeric materials, Plart showcases unconventional design in many forms: toys, bags, lamps, jewelry, lamps, and many more. The museum showcases how plastic can be manipulated to create things that are both striking and functional. With plentiful information available for research, you’ll learn the ins and outs of the plastic industry in text as well as film. You’ll also see the technological side, which presents the components of plastic, as well as the technologies used, and how to use plastic in innovative ways. For a fascinating and modern take on art in Naples, Plart is the place to be.

Museo Archaeologico Nazionale – One of the largest archaeological museums in the world, the National Archaeological Museum in Naples is very well-known for its distinguished collection of Roman antiquities. Built in the 17th century as a universal museum, it attempted to be the home for all art cultural forms of expression. With time, it went on to become a museum of antiquities, with the main aim of presenting and preserving the artifacts from the lost Roman cities of Pompeii and Herculaneum. It has a number of other sections to explore, such as Topographic, Egyptian and Numismatic, ensuring entertainment for all who visit the museum.

Museo di Capodimonte – Tracing back to 1738, the Museo di Capodimonte is located in the Palace of Capodimonte and stands to this day as Italy’s richest and largest art museum. Housing a vast collection of paintings and sculptures throughout, there are several famous names whose pieces can be found here; Andy Warhol, Caravaggio, Botticelli and Titian. It also presents five centuries worth of pieces, from the 1200s to the 1700s respectively. With stunning gardens to explore as well as thousands of artistic pieces to view and deliberate on, a visit to the Museo di Capodimonte is an essential on any trip to Naples. 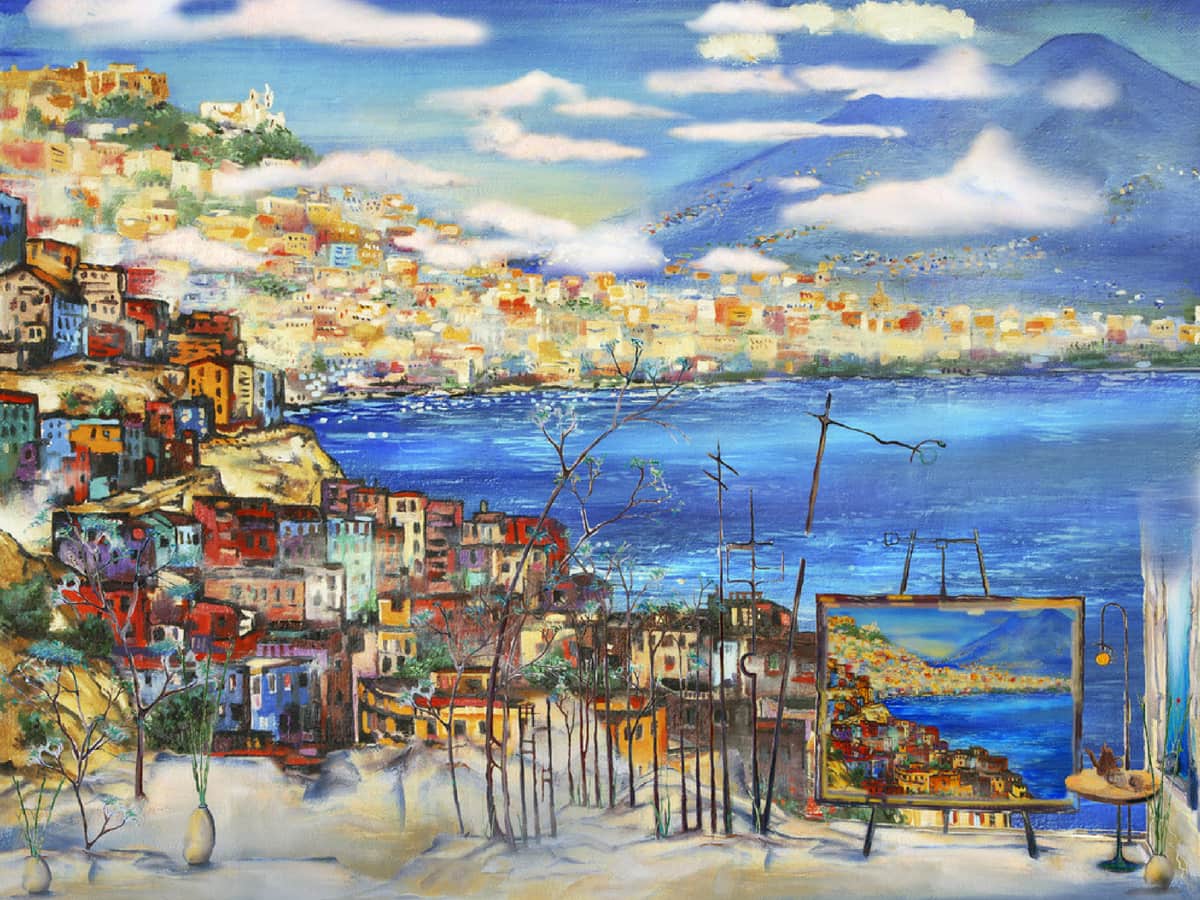 If galleries or museums aren’t necessarily your thing, there are other everyday ways to see and experience art in Naples. Considering that the city’s aim is to promote and develop culture and artistic talent, several restaurants and cafés tend to host exhibitions for local artists. Some that we recommend taking a visit to are Salumeria, La Stanza del Gusto, Intra Moenia and Spazio Nea. Alternatively, there are street art tours available to attend, with the entire city acting as a live canvas for murals, graffiti and stencil-work. Immerse yourself in the modern sense of art, and witness works by famed artists such as Banksy, Blue, Alice Pasquini and Cyop&Kaf.

On the Trail: Modern Architecture in Paris