The Eternal City is one of the most popular nicknames for Rome for excellent reasons. It has a very long history that spans millennia, and its attraction only seems to increase with each passing year. Rome is full of secrets, whether you are planning a trip to Rome or just looking to acquire some new trivia for your next party, here are 15 facts that you probably didn't know about Rome.

Rome has approximately 2,500 public fountains, and you can drink from them

Many thirsty tourists fail to realize that the water from Rome's public fountains is cold, delicious and fresh. Most of the fountains, however, require using your finger to cover the tip of the spout, which forces the water out the top like a more familiar drinking fountain.

Rome is older than Italy

During ancient times, the Italian peninsula was home to a variety of cultures. The Roman Empire absorbed many of these populations, but when it fell, the peninsula was again divided into a number of city-states, most of which were often at war with at least one neighbor. Despite several attempts, Italy did not become a unified nation until late in the 19th century, with Rome annexed in 1870 following a relatively brief siege. The generally accepted date for Rome's founding is 753 B.C., making the city more than 2,500 years older than the nation of which it is capital. 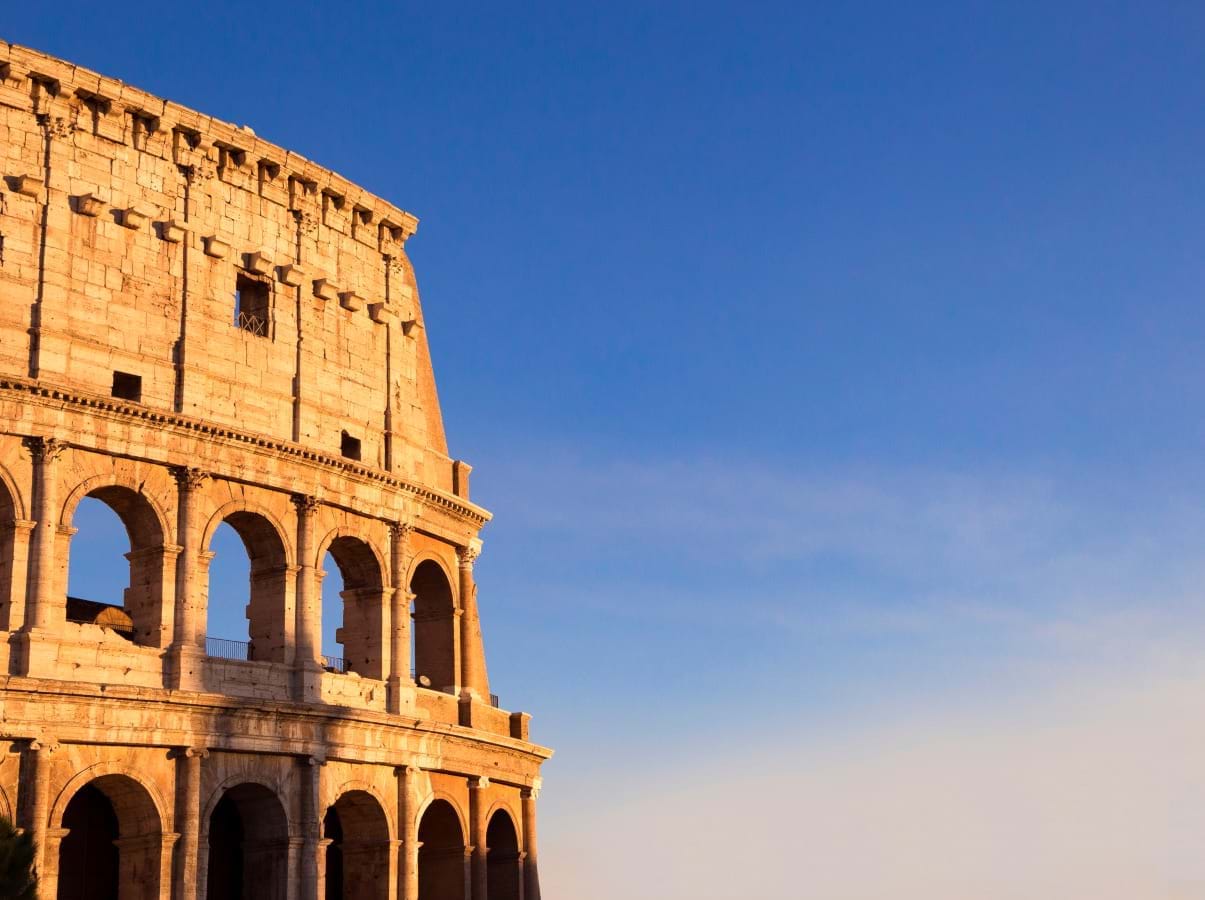 The Pantheon has seen continuous use for almost 2,000 years

The current Pantheon dates to approximately 126 A.D. and has been in continuous use ever since. Emperor Hadrian commissioned the Pantheon on the site of an older building that had been commissioned more than a century earlier by Marcus Agrippa. Over the centuries, minor modifications to the Pantheon have been made, but the basic structure has remained unchanged. The dome is original to the building, and even after nearly two millennia, it remains the world's largest dome made of unreinforced concrete. 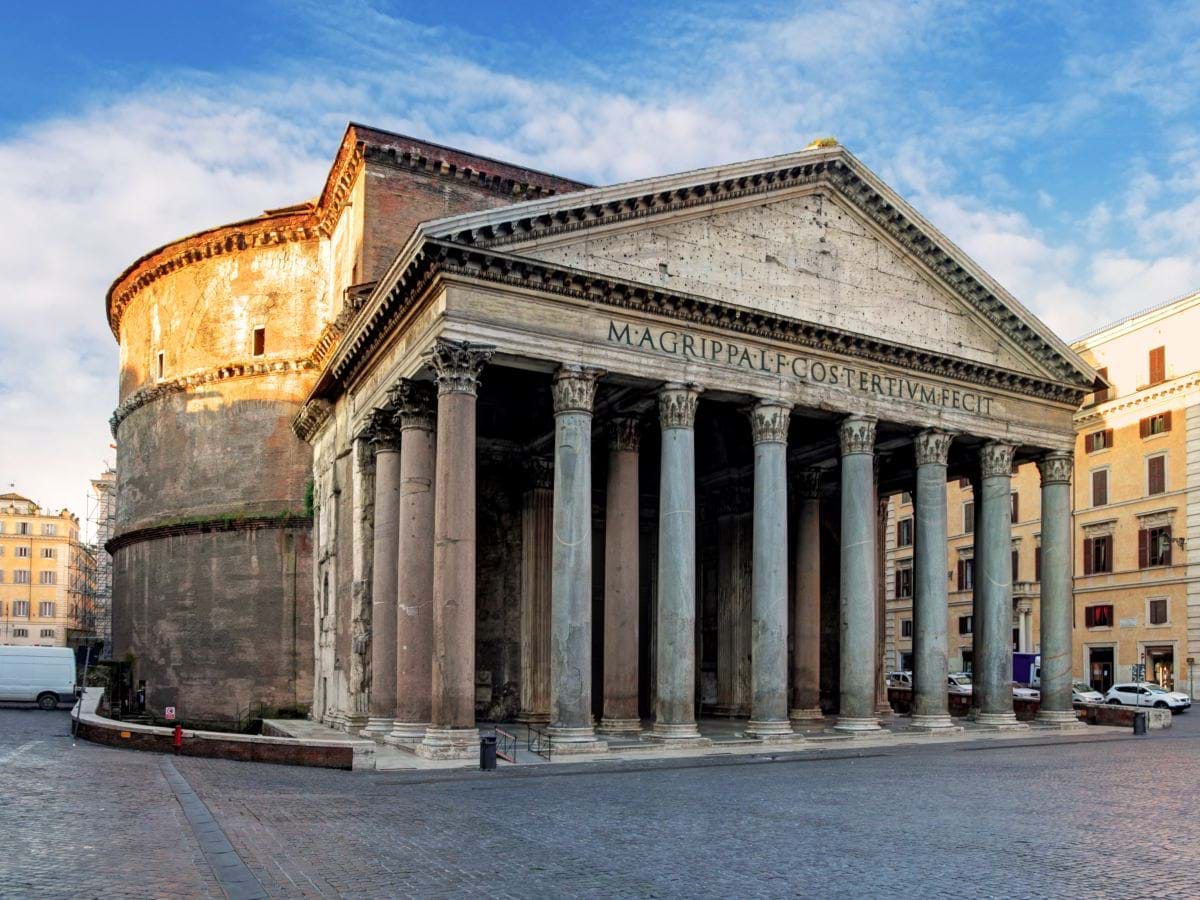 Cats abound, and they have special rights

It is estimated that Rome is home to approximately 300,000 cats, and they are basically allowed to run free. A Roman law states that if at least five cats are living together, they cannot be "scatted." This essentially gives them "squatters' rights" to most locations in the city, including many of the ancient ruins. Cat lovers can find a large, no-kill sanctuary for cats in the Largo di Torre Argentina. 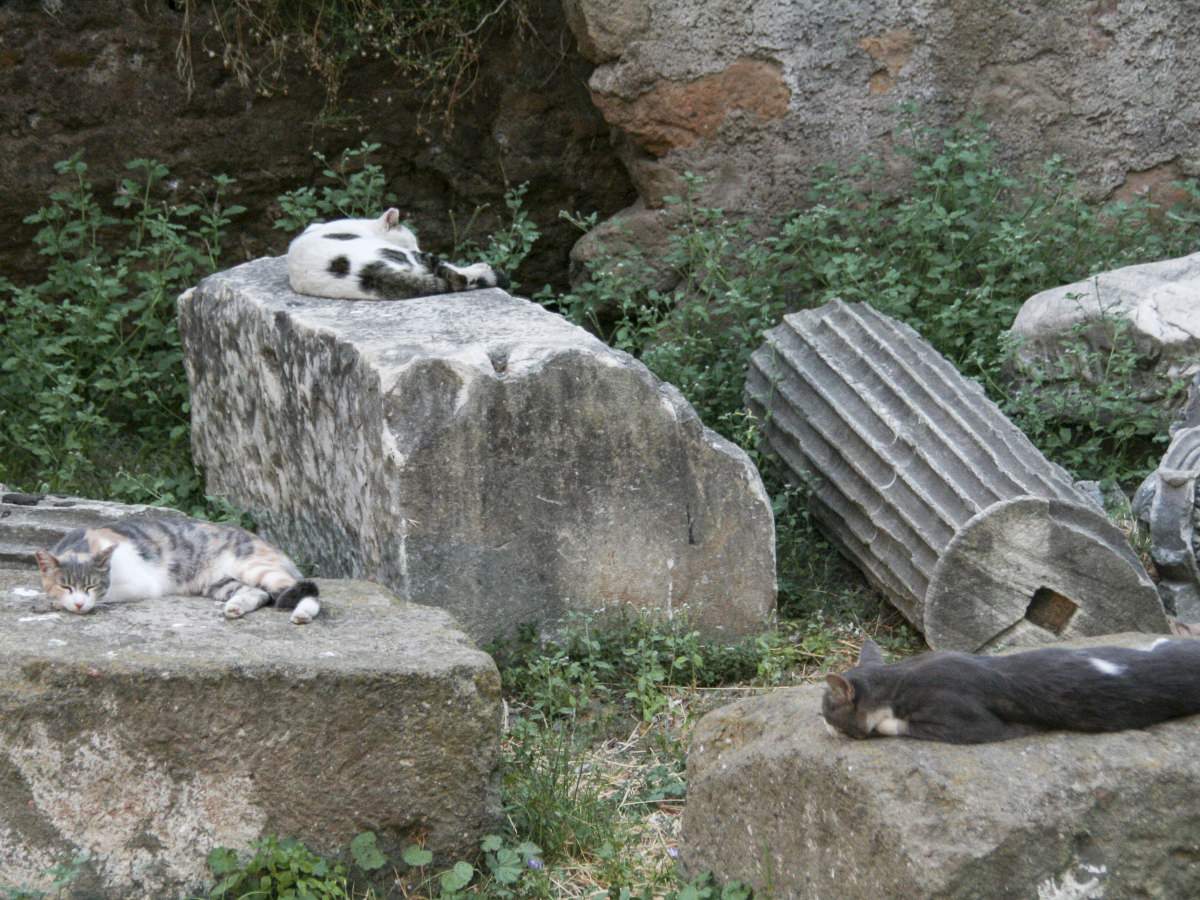 The Romans built a system of roads and highways, primarily to make troop movements easier and keep supplies moving freely. The Roman roads facilitated trade as well. However, in the Roman view, all roads lead FROM Rome — specifically, from the Golden Milestone (Milliarium Aureum) erected in the Forum by Augustus.

Many people assume that most of ancient Rome has been excavated, but in fact, experts estimate that the actual number is closer to 10 percent. Most of the remaining 90 percent is buried 30 feet or so below the current street level. This makes sense when you consider that the area has been continuously populated for approximately 2,800 years. Much of ancient Rome may never be excavated as the sites are occupied by homes and businesses. Even in cities without the population issues present in Rome, such as Herculaneum and Pompeii, excavations are often limited to 20 or 25 percent of the original site. Despite the inability to expose every layer of Roman history to sunlight, some underground excavations have exposed a variety of interesting sites. Some of these required little or no excavation, such as several of the Catacombs and the pagan temple beneath the Basilica of San Clemente. 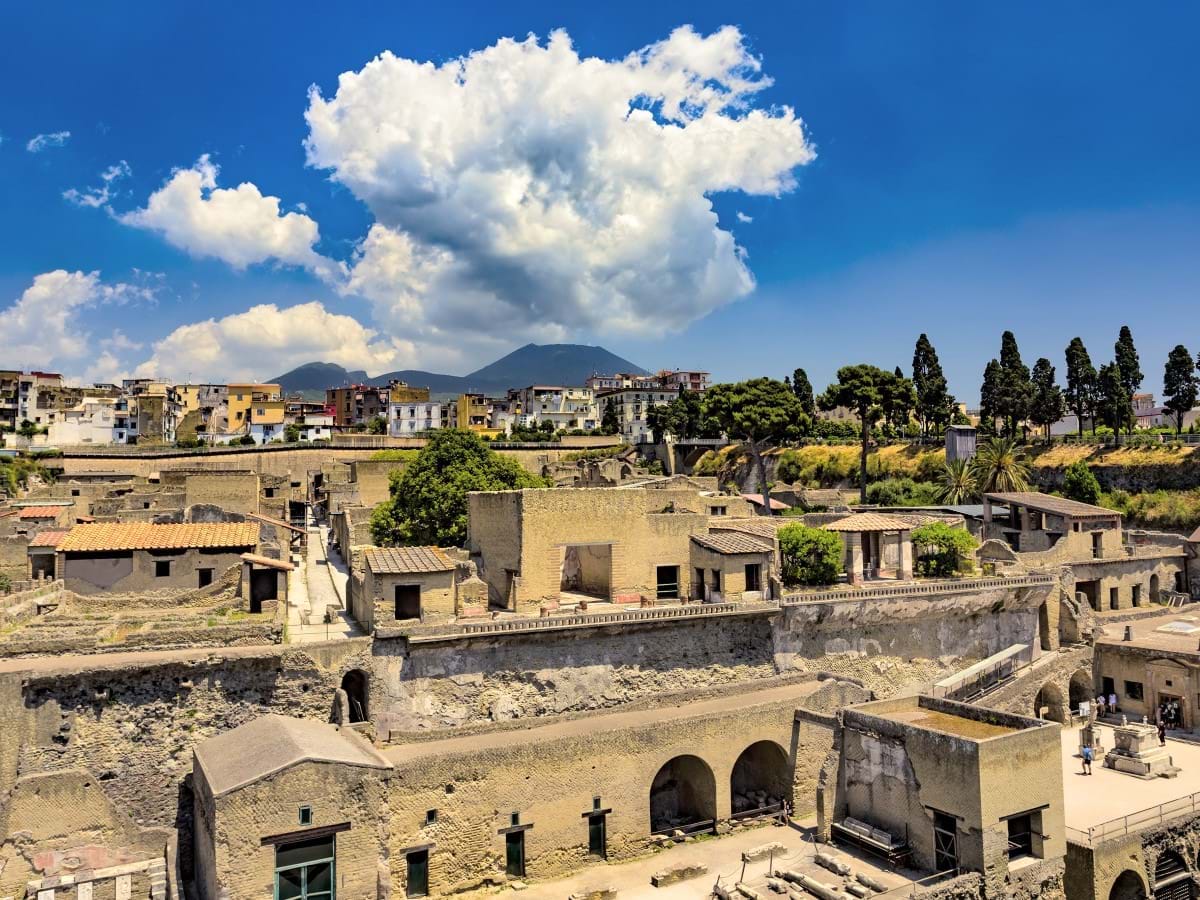 Author Dan Brown's novel included a secret passageway that connected the Castel Saint Angelo and the Vatican. This passageway, called the Passetto di Borgo, is real. Various popes have used the escape route during attacks on Vatican City. The Castel Saint Angelo now houses a museum and welcomes visitors, and during certain months, visitors are offered tours of a section of the passageway. 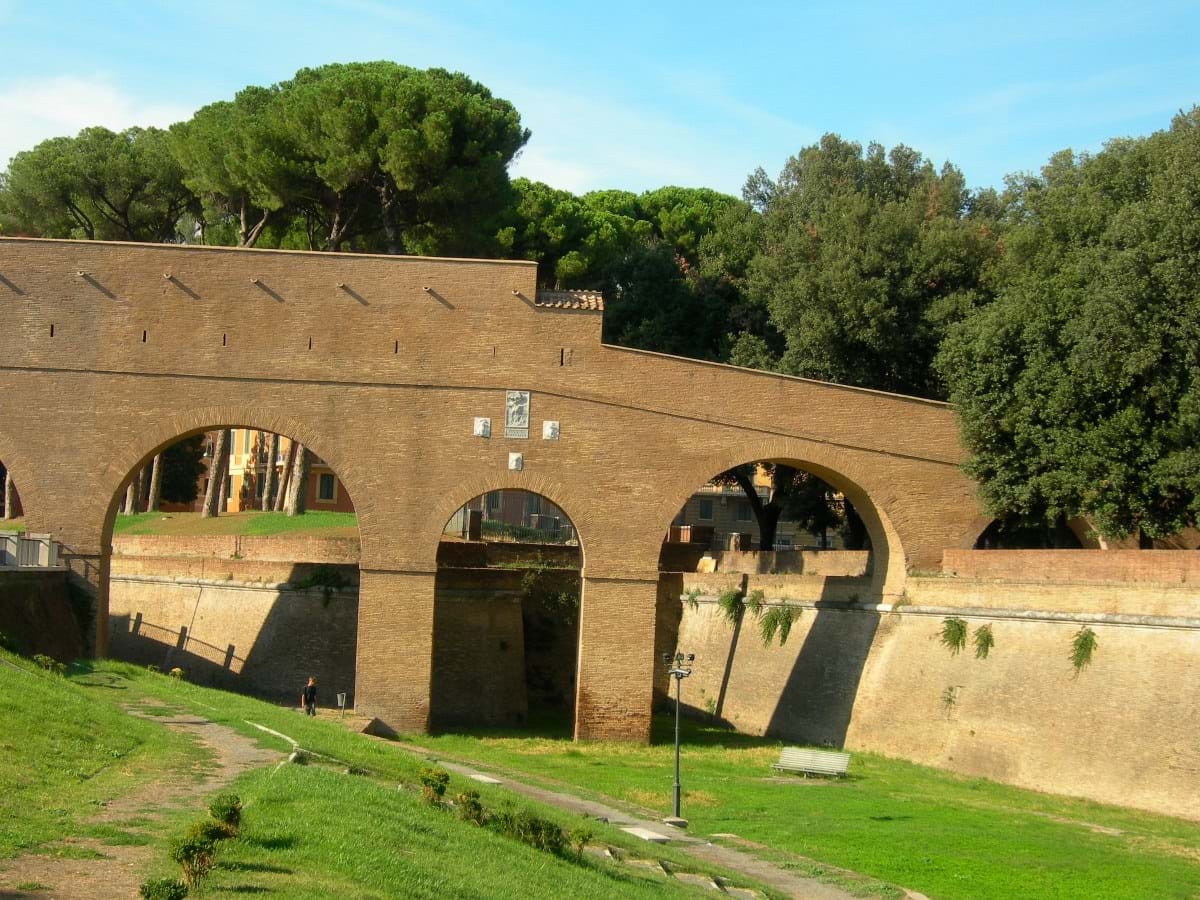 The site of Julius Caesar's assassination is not where commonly believed

Rome's lengthy history has led to a number of misconceptions, including the location where Julius Caesar was assassinated. Many believe that he was killed at the Curia Julia, the structure commissioned by Julius Caesar to house the senate. However, at the time of his death, the Curia Julia was not yet finished and the senate was meeting at the Curia of Pompey, which is where he was assassinated. Although the foundations of the Curia of Pompey have been excavated, most of the building's ruins are beneath a modern road and may never be revealed.

There is a long tradition of tossing a coin into the Trevi Fountain to ensure a return visit to Rome. However, the coins, which amount to more than $3,000 each day, are collected by Caritas, a Catholic charity that uses the money to help feed the city's low-income citizens. Caritas sponsors a program that provides the needy with rechargeable cards to purchase groceries.

St. Peter's Basilica is no longer the world's largest church 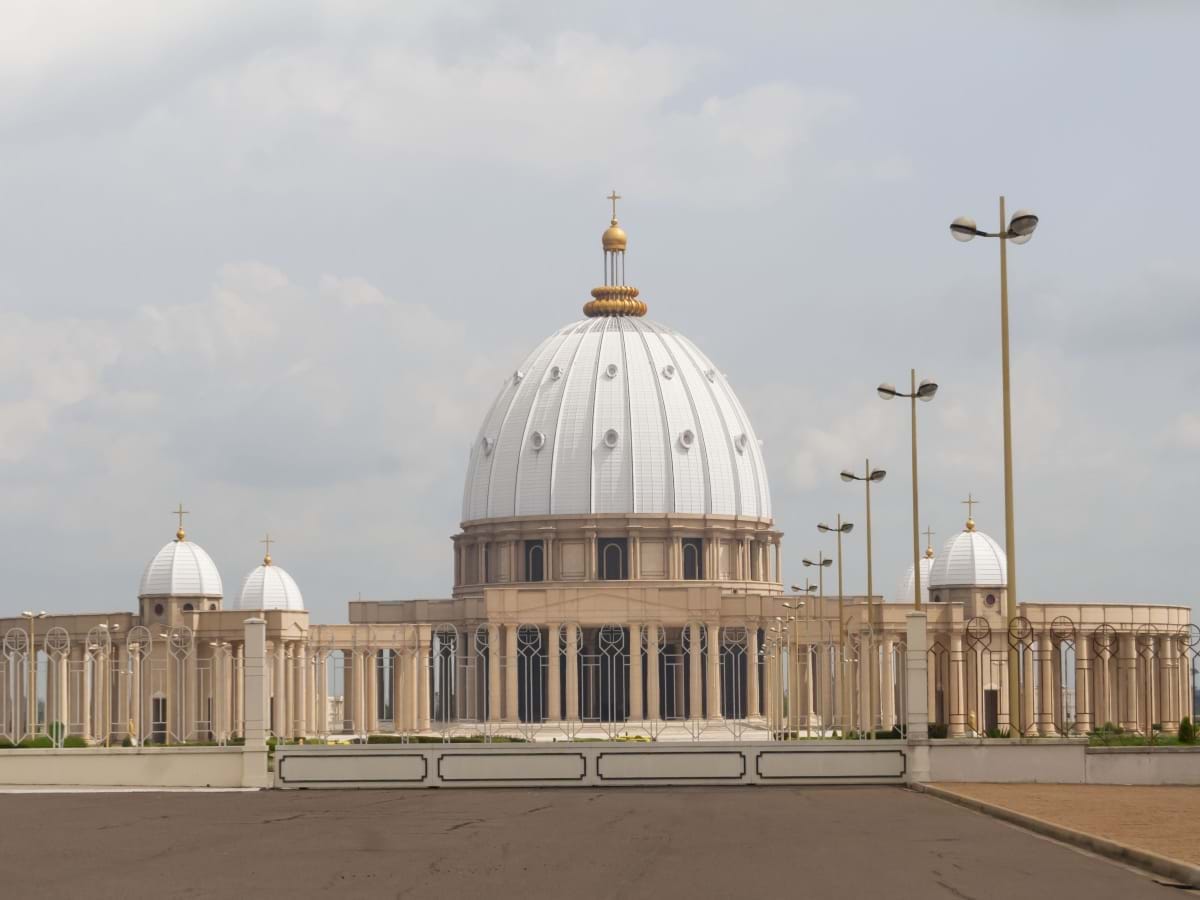 Rome has more Christian churches than any other city

There are cities in the world that have a greater number of churches when you include mosques, temples and other houses of worship. However, Rome is home to more than 900 Christian churches, which is currently more than any other city -- so if the crowds at St. Peter's Basilica are too much for visitors to deal with, there are many, many more from which to choose. Some of these churches are even older than St. Peter's Basilica and are also historically significant. Considering that approximately 10 million people visit Rome each year — and as many as 20 million during a holy year — it does not appear that the city has too many churches! 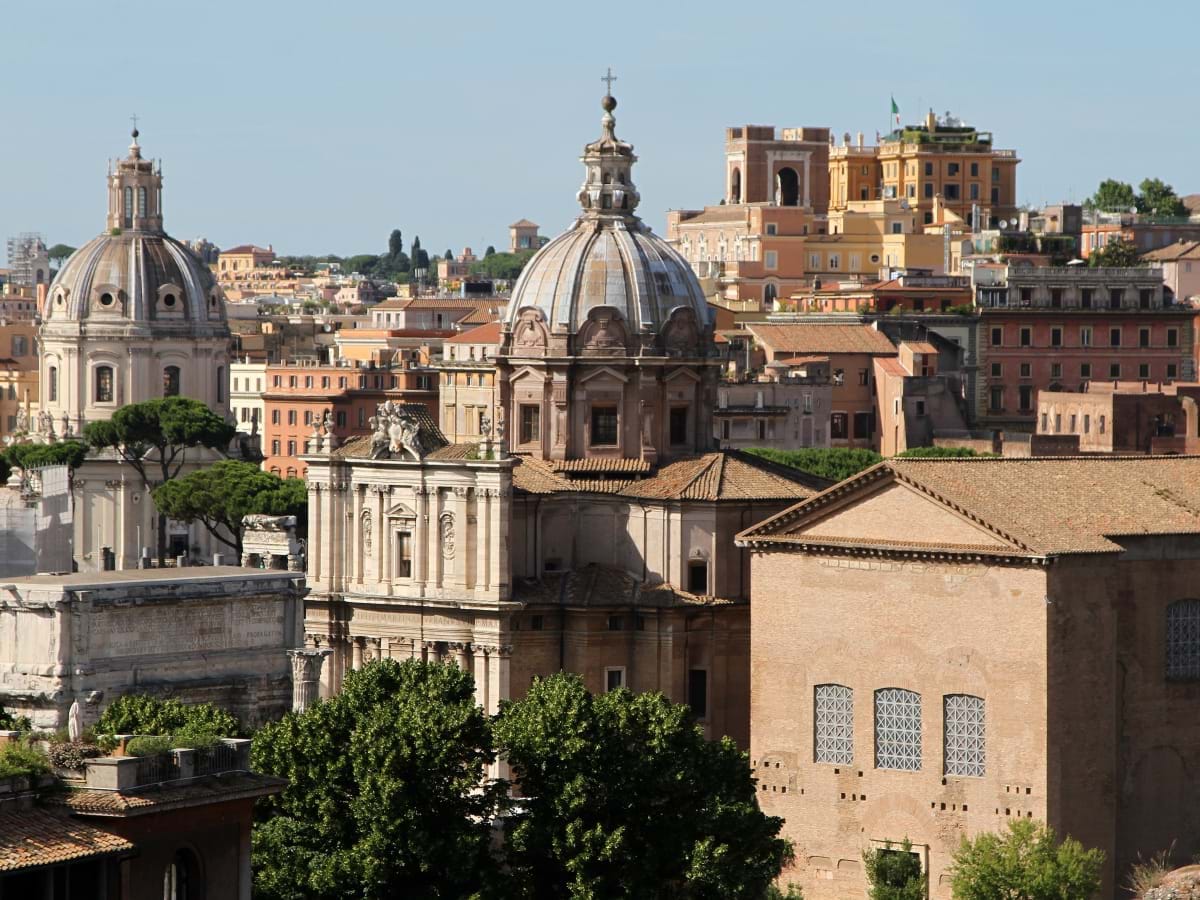 Early Christians were considered members of a mystery cult

Ancient Romans classified any religion that was not state-sanctioned and that had special rites that were only revealed to its members as a "mystery cult." Christians had the rite of baptism, which was required for "initiation into the cult" and to participate in the Eucharist — and the faith was definitely practiced in the early days outside the aegis of the state — so Christianity met the conditions for a mystery cult. There were many mystery cults in Rome, such as the Dionysian Mysteries and the Mithraic Mysteries. You know the Christians being thrown to lion’s story? Well despite the numerous films saying this was a thing, there is no evidence that this ever happened. Christians were persecuted for several years, and although wild animal fights and hunts took place in the Colosseum and there were frequent executions of criminals, there is simply no proof of Christians facing wild lions as punishment for their faith.

Don't bother looking for spaghetti and meatballs in Rome

Many people think of spaghetti and meatballs as a signature Italian dish. It’s believed to have originated in the United States in the 20th century among Italian immigrants. Visitors to Rome are often surprised that it is really difficult to find this dish on menus. Instead of pining for spaghetti and meatballs, try some authentic Italian pasta creations, such as bucatini all'amatriciana or spaghetti alla carbonara.

The Romans didn't invent pizza, either

Early pizzas had more in common with flatbreads, and the ancient Greeks were topping flatbreads with oils, cheese, herbs and garlic long before the recipe caught on in Rome. Tomato-based sauces were not used; tomatoes were not introduced to Europe until after the explorers reached the New World, and for many years, tomatoes were believed to be poisonous. It is believed that the first tomato-based pizza sauce appeared sometime between the last half of the 18th century and the first half of the 19th century. While Romans didn't invent pizza, the Italians have definitely perfected it.

Offal, sometimes called the fifth quarter, was traditionally the least-desirable part of an animal, consisting primarily of internal organs. Butchers divided animals into four quarters that were sold to those who could afford the better cuts of meat. The poor, however, could often afford only offal. This required great creativity to transform the offal into tasty dishes, and the Romans were up to the challenge. Today, many restaurant menus in Rome offer dishes featuring tripe (trippa), lamb brains (cervelli) or veal, lamb or kid intestines (pajata).

The Must-See Piazzas of Rome