Travelling to Rome? Villa Borghese is one of Rome’s greatest art galleries, which is well-worth a visit when in the Eternal City. In today’s post, we’re chatting about 5 must-see artistic works in the Borghese Gallery. 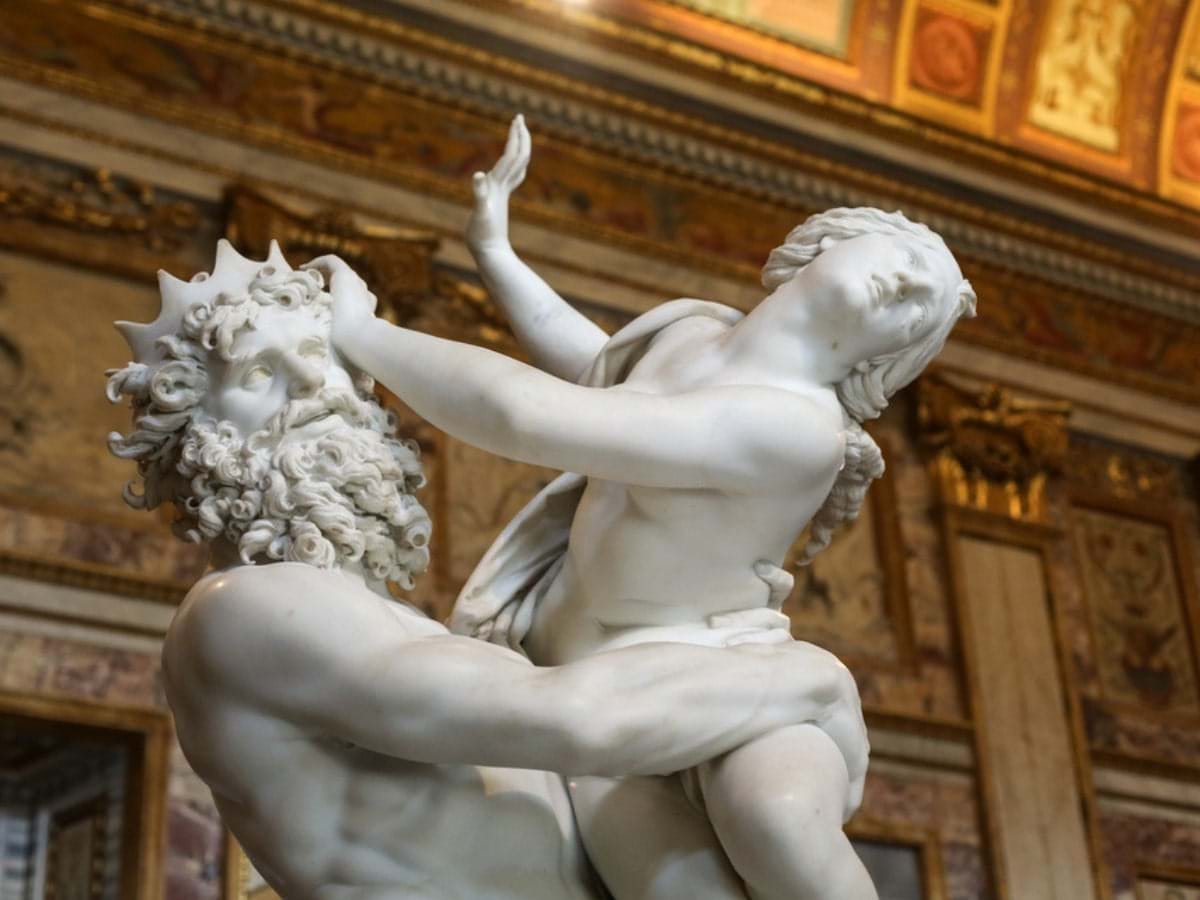 1. “The Rape of Proserpina” by Bernini

Carved when Bernini was just 23, this work depicts the god of the underworld, Pluto, enforcing Proserpina to join him down below to be his wife against her will. It showcases both figures in a struggle, with Prosperina trying and failing to escape from Pluto’s grasp. Beneath them sits Cerberus, the vicious 3-headed dog from the underworld. The detail that went into the piece is extraordinary: the expression of terror and despair on Proserpina’s face, the tear streaming across her cheek, the flesh-like indentation of his fingertips gripping her thigh. To see such detail going into a marble statue seems almost impossible, so it’s quite the sight to behold when witnessed in the flesh, pun intended! 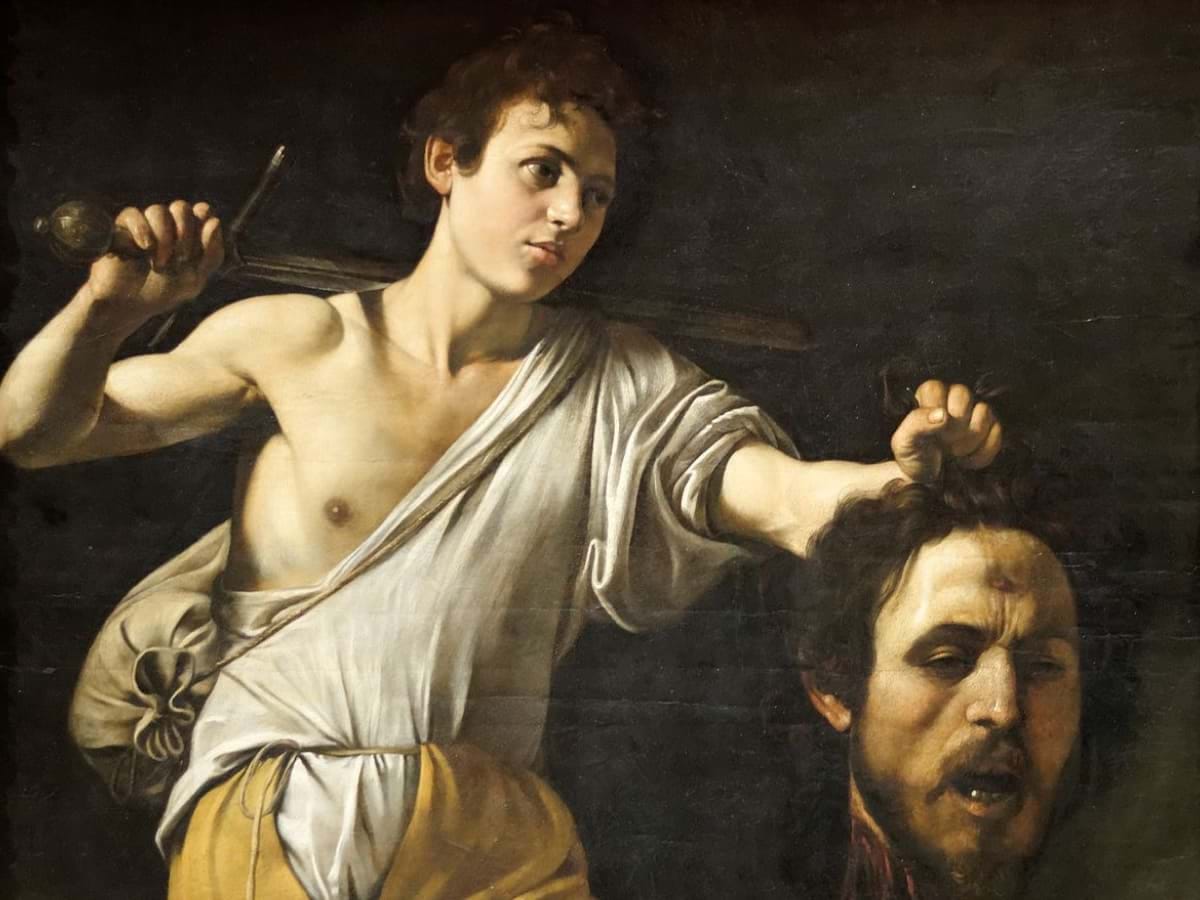 2. “David with the Head of Goliath” by Caravaggio

In this extraordinary painting by Caravaggio depicts David holding the severed head of Goliath. This work has quite a dramatic and dark air to it, what with the illuminating light emphasizing David’s presence and the dark, shadowy background that surrounds the protagonists. It is presumed that David represents the young Caravaggio, while Goliath’s decapitated head depicts the older Caravaggio, with David showcasing a clean slate versus the life of suffering presented by Goliath. 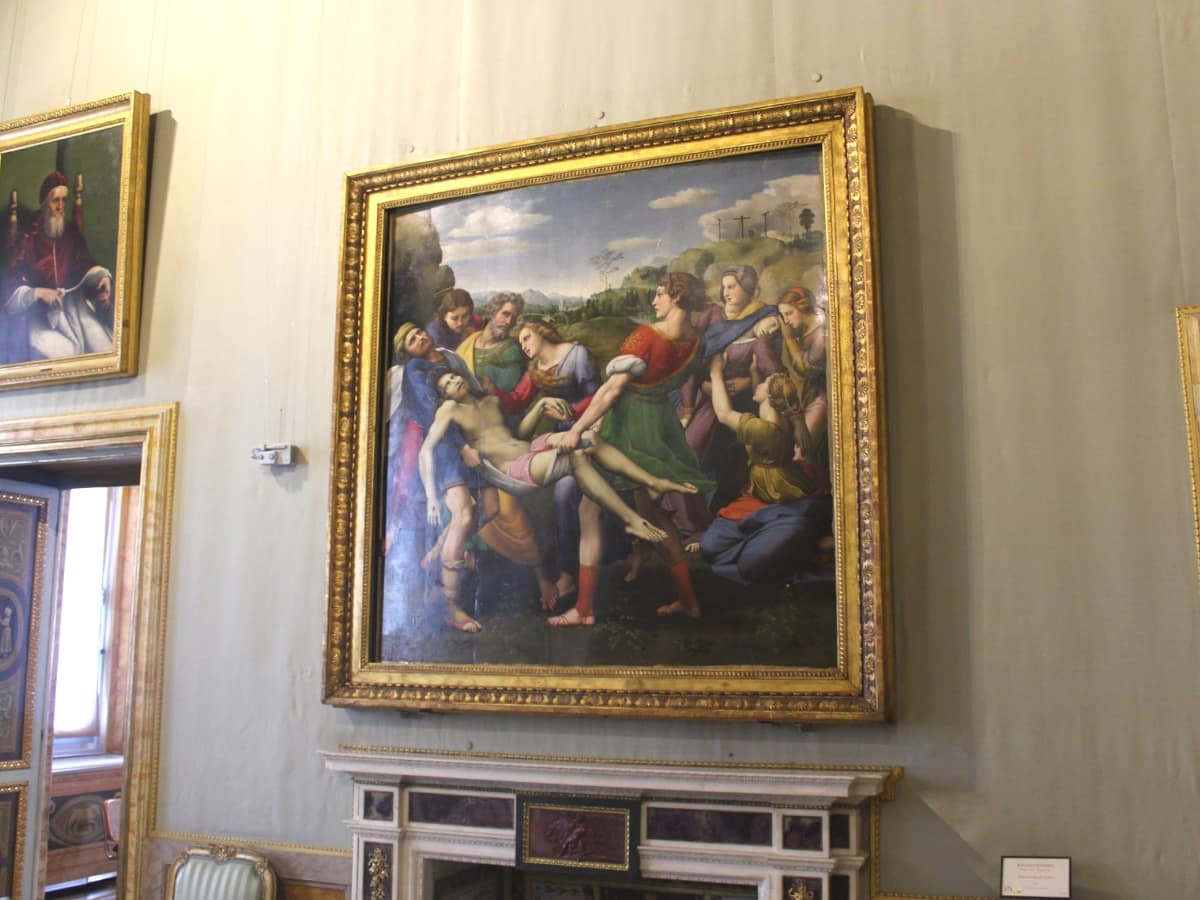 Also know as “The Entombment”, Deposition was commissioned by Atalanta Baglioni to commemorate the death of her son, Grifonetto. The painting showcases the moment between Jesus Christ being removed from the cross and transferred to his burial site inside the Holy Sepulchre. This narrative painting expertly tells of different points during Jesus’ final days: his deposition, lamentation and entombment. One of the youths carrying the body of Christ depicts Grifonetto, who the painting is dedicated to, St. John, Mary Magdalene and the Virgin Mary are also present in the background. 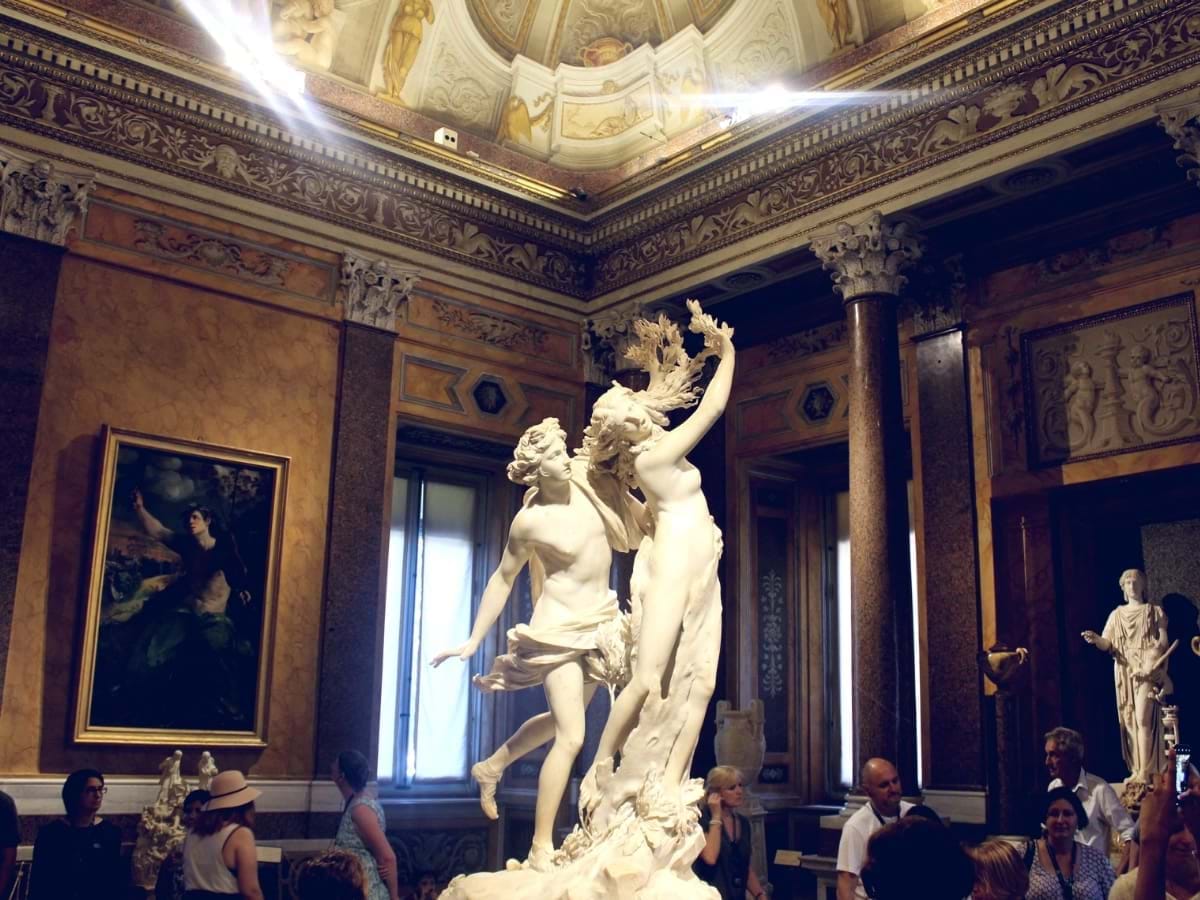 4. “Apollo and Daphne” by Bernini

Another of Bernini’s works, “Apollo and Daphne” depicts a similar subject matter to that of “The Rape of Proserpina” – a female figure trying to escape from the grasp of a man. The sculpture showcases Daphne trying to flee from Apollo, calling on her father for help. As soon as Apollo touches her, she begins to transform into a laurel tree – her fingers become leaves and branches, and her toes morph into roots. Again, the detail present: Daphne’s terrified expression as she begins to transform being a major highlight. Another feature worth noting about this piece is the movement, which is incredible to see – the fluidity of Apollo’s garment, as well as Daphne’s hair as she throws her hair back. Because of this, it has an almost ethereal air around it despite its dark subject matter, making it all the more worth inspecting in person. 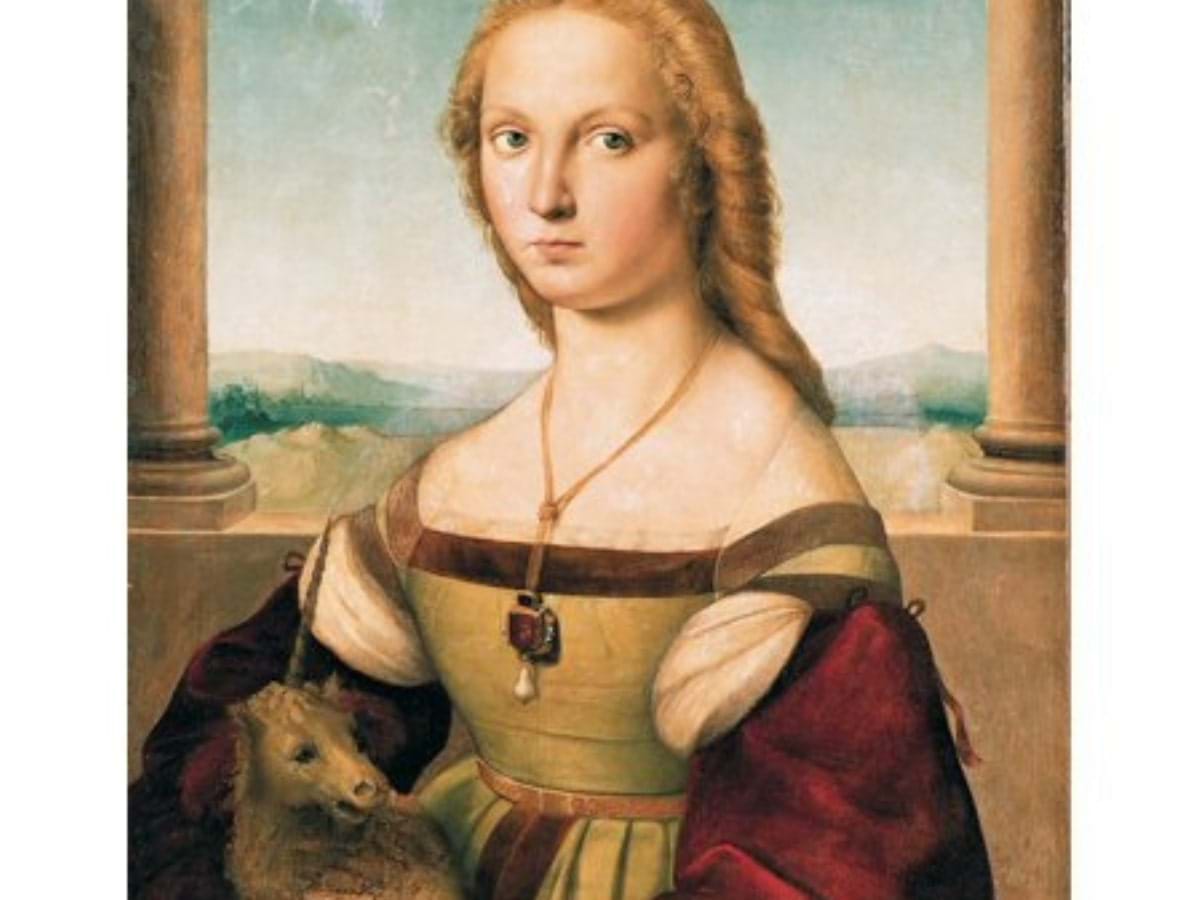 5. “Young Woman with Unicorn” by Raphael

Raphael’s Portrait of Young Woman with Unicorn dates back to the 16th century. Originally oil on panel, it was transferred to canvas in 1934. During this transition, the overpainting was removed, which revealed the unicorn present in the arms of the young woman. Fun fact: unicorns were typically a symbol of chastity in medieval romance. This painting was supposedly inspired by the Mona Lisa, as you may be able to tell by its similar composition and style. One thing worth noting is that her gaze is very different, and contrasts largely to the Mona Lisa’s “enigmatic ambiguity”. Why not compare the two for yourself?

Make sure to check out our Borghese Gallery tour, as well as our tours of Rome!