7 Parks for your 7 days in Rome

Rome is an adventurer’s paradise between the history and a natural beauty of the city you’ll never be short of things to do and places to see. However, after all that exploring its often necessary to take a day or an afternoon to simply bask in the energy of the city. Luckily for all of us, Rome has some spectacular gardens and parks where you’ll be able to unwind. 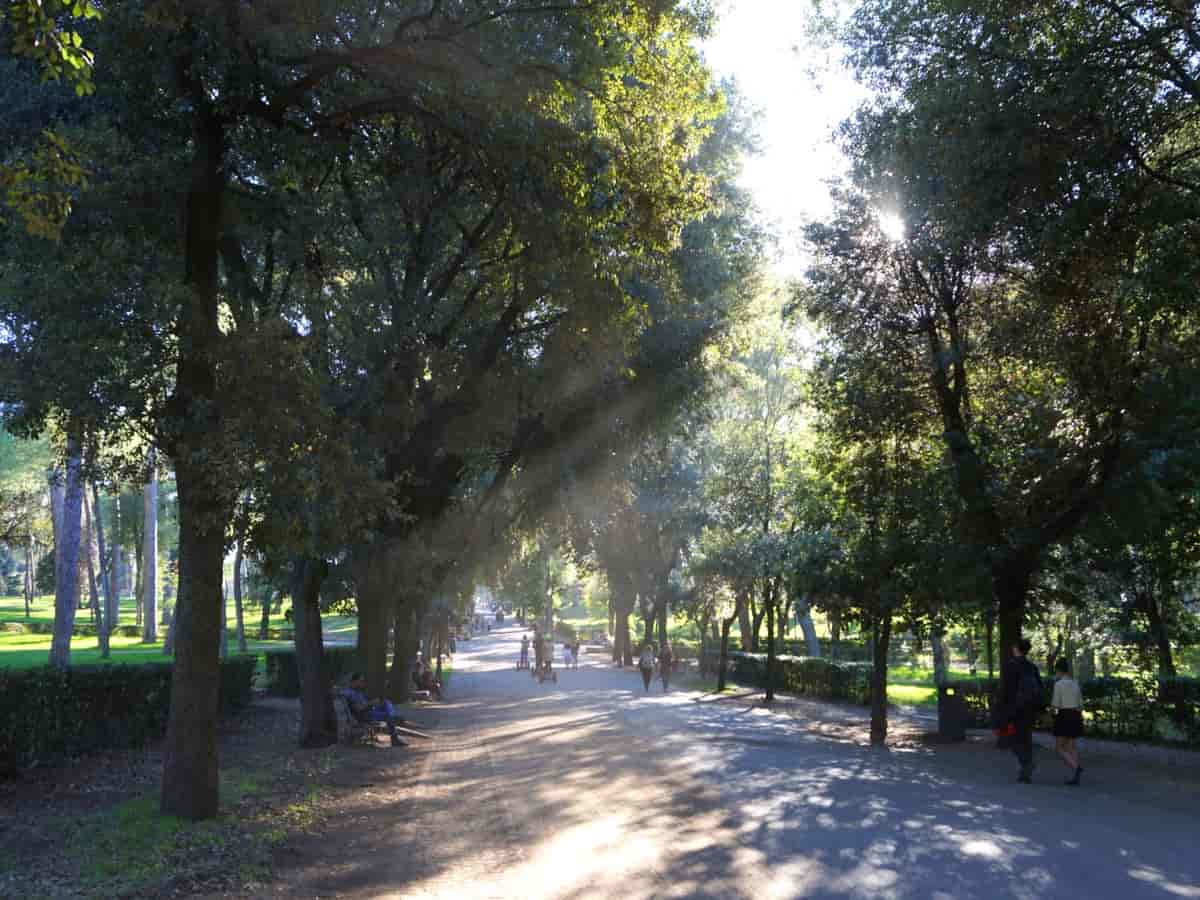 The Villa Borghese Gardens is an absolute must-see park in Rome. Although this isn’t exactly a hidden park, it is large enough that you’ll feel like you’ve left the city. These beautiful gardens were officially opened to the public in 1903 however they were informally open long before they were bought by the commune of Rome. There are a few charmingly old villas located around the grounds most notably of course is the Villa Borghese Gallery. So, after a tour of the gallery you could pop out into the Gardens and enjoy a relaxing afternoon strolling around this English landscape garden or sitting by the 18th century “Temple of Aesculapius” by the quaint little lake in the gardens.

Though it’s adjacent to Campo de’Fiori, where a bustling market takes place by day and revelers congregate to drink in open-air bars by night, this picturesque little piazza manages to retain an air of quietude. Look for the unassuming entrance on Via del Pellegrino and duck under the archway. Inside, you will find a charmingly old-fashioned cobbled courtyard, flanked by rust and orange-colored buildings with peeling façades, shuttered windows and greenery. Above, laundry hangs on drying lines strung between flower-laden balconies, while at ground level, cats can be seen prowling around parked bicycles. With its tranquil, residential atmosphere, it feels like a whole different world compared to the noisier, more raucous area outside. 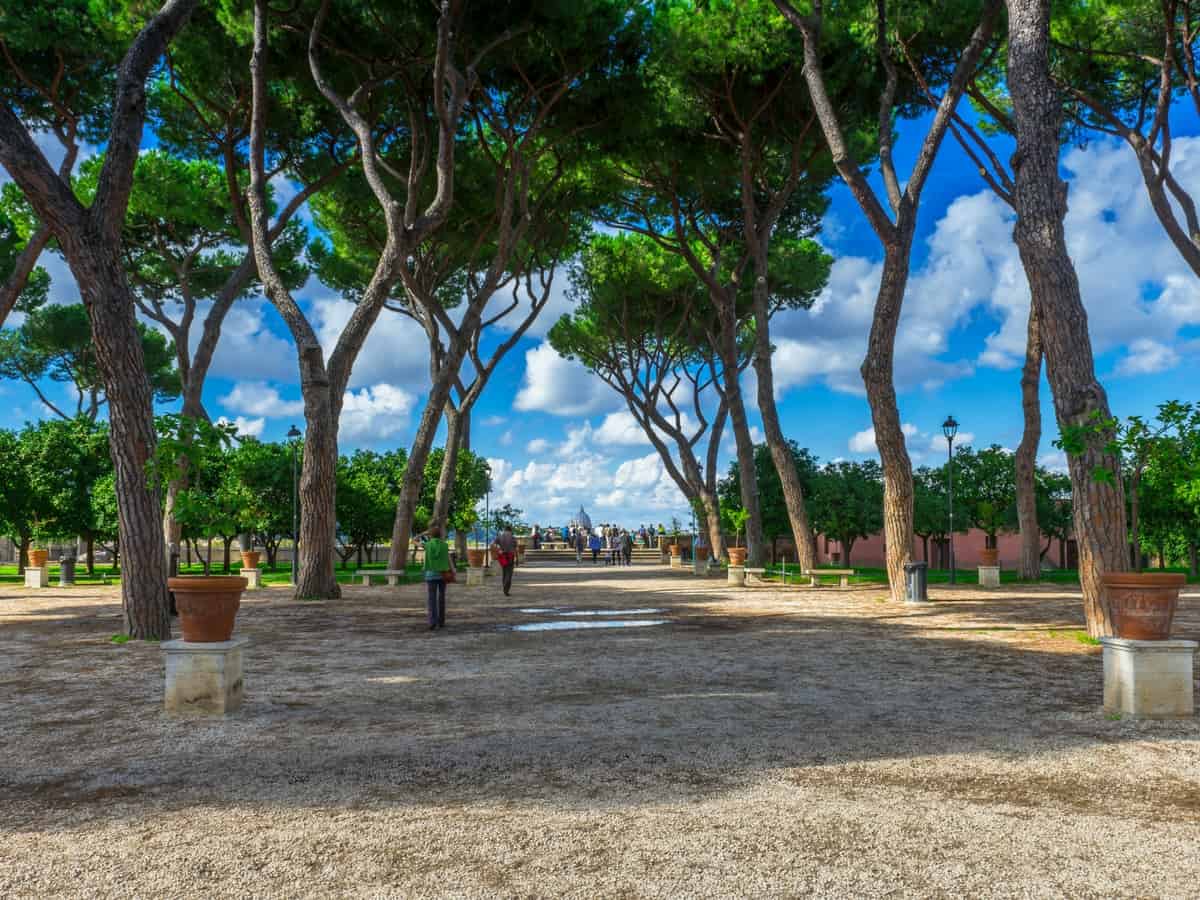 The Garden of Oranges, Aventine Hill

A leafy, citrus-scented retreat far removed from the revving engines and snarling mopeds of inner-city Rome, the Garden of Oranges, or Giardino Degli Aranci, sits atop Rome’s Aventine Hill. It’s particularly good for sunset watching, with direct views of the Tiber, Trastevere and the city skyline with the domes of St. Peter’s in the background. Getting there requires a short uphill climb; a fountain at the top spurts out potable water for those who need a cooling drink after the ascent. Don’t leave without checking out the Priory of the Knights of Malta, located just 65 feet or so from the entrance to the garden. Peep through the keyhole on the gate to see a perfectly framed view of the dome of St. Peter’s Basilica. Bring your camera to capture the well-composed keyhole view. 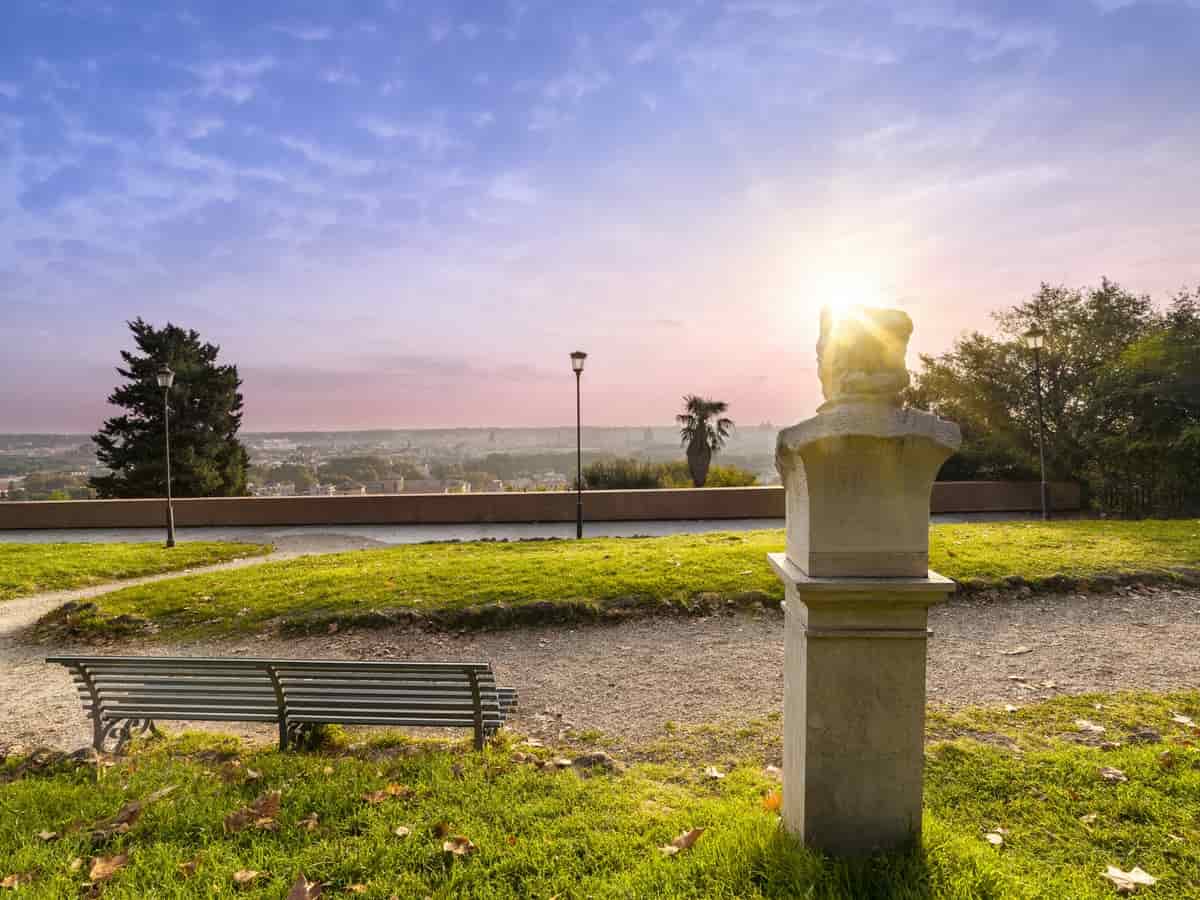 Watch the incredible sunsets from the Gianicolo Park

Sitting atop another of Rome’s many hills, this small yet spectacular park is a first-rate sunset-viewing spot. And while the hill upon which it stands, Janiculum, isn’t officially counted among Rome’s seven hills, it does offer a view many consider to be the best in Rome. Reaching the top requires climbing a fair few steps – something many travelers are not keen on doing after a long day’s sightseeing, hence the lack of crowds. If you can manage the ascent, however, you will be rewarded with an unbeatable panorama. While you are at the top, note the equestrian monument on the nearby piazza, which is dedicated to Guiseppe Garibaldi, a leading figure in the 19th-century Italian unification movement. A good idea is to make your way up from the Vatican side of the hill in time for sunset, and descend down the far side to the lively bars of Tastevere, which by the time darkness falls, should be coming to life. 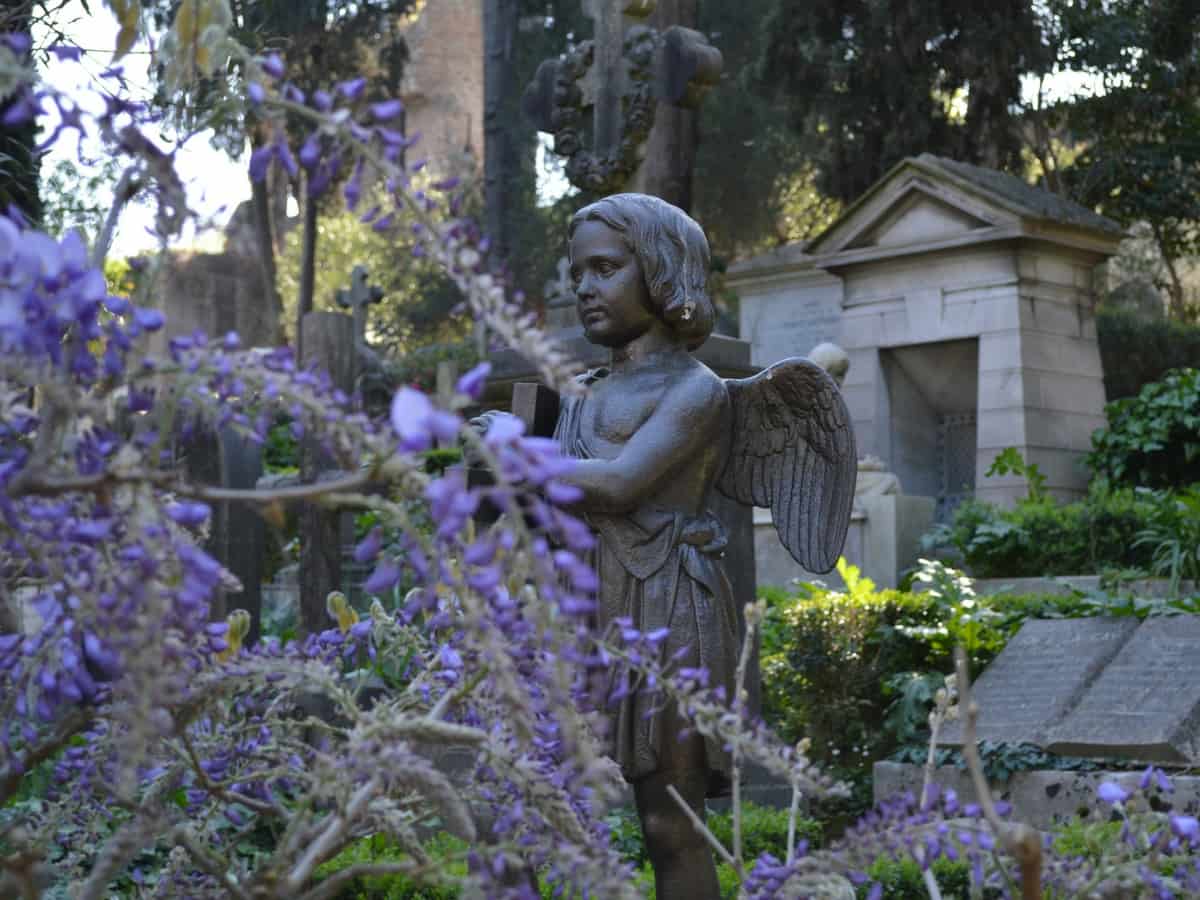 Find the Angel of Grief in this beautiful garden cemetery

Officially known as the Cimitero Acattolico (non-Catholic cemetery) but much more commonly referred to as the Protestant Cemetery, this peaceful site is a park in every way but name. Leafy, lush and well-cared for, the grounds are decorated with flowers and cypress trees, which cast away any morbid or macabre feelings that may otherwise be associated with such a site. It is also one of the most silent and serene spots in town and makes an excellent refuge for the urban weary. Many writers, diplomats, politicians and artists are buried here, including English Romantic poets Keats and Shelley. The most famous funerary monument in the cemetery is the Angelo del Dolore (Angel of Grief). This moving sculpture, which depicts a winged angel slumped and weeping over a tomb, was created by the American sculptor and Rome resident William Wetmore Story for his late wife, Emelyn. Though the sculpture has been replicated many times over, the original remains the most haunting and poignant.

This off-the-beaten-tourist-track neighborhood, situated just south of central Rome, is littered with lovely little courtyards and tiny photogenic piazzas. Constructed in the 1920s, this district was initially set up to provide low-priced housing for workers in the nearby regions who couldn’t afford the high-price lodgings in Rome. Modeled on the so-called “Garden Cities,” Garbatella was outfitted with a generous number of cultivable courtyards and with buildings that reference many different architectural styles. A real sense of community pervades here as residents gather in gardens to chat about the day and kids kick around soccer balls on neighborhoods squares. Take the metro out to the district and amble without purpose. It won’t be long until you find some noise-free little nook or a still courtyard where you can linger awhile and relax.

The district of Monti is located smack bang in the center of Rome, but is mostly residential and still retains an authentic Roman air. It’s got a bohemian village-esque vibe with a strong artsy leaning, as well as plenty of antique shops, organic markets, galleries and cute little cafés. The neighborhood centers on the Piazza Madonna dei Monti. Perch yourself on the edge of the piazza’s Renaissance fountain and watch the world go by.

Ready to discover more about Rome? Visit our Rome tour page to read about more things to do while on your adventure.

5 Reasons to Visit Rome this Fall