Allow us to introduce Nero

Nephew of the insane, incestuous Caligula, Emperor Nero acceded the throne in the year 54 at the age of 17. By that stage his mother had been exiled by her brother, Emperor Caligula and given a reprieve by her uncle Claudius two years later when he became emperor after Caligula was murdered. Nero was then adopted by his great-uncle Claudius who elected him as his successor over his own son Brittanicus, three years younger than Nero. One year before he became emperor, Nero married his stepsister, Claudius’s daughter Claudia Octavia. 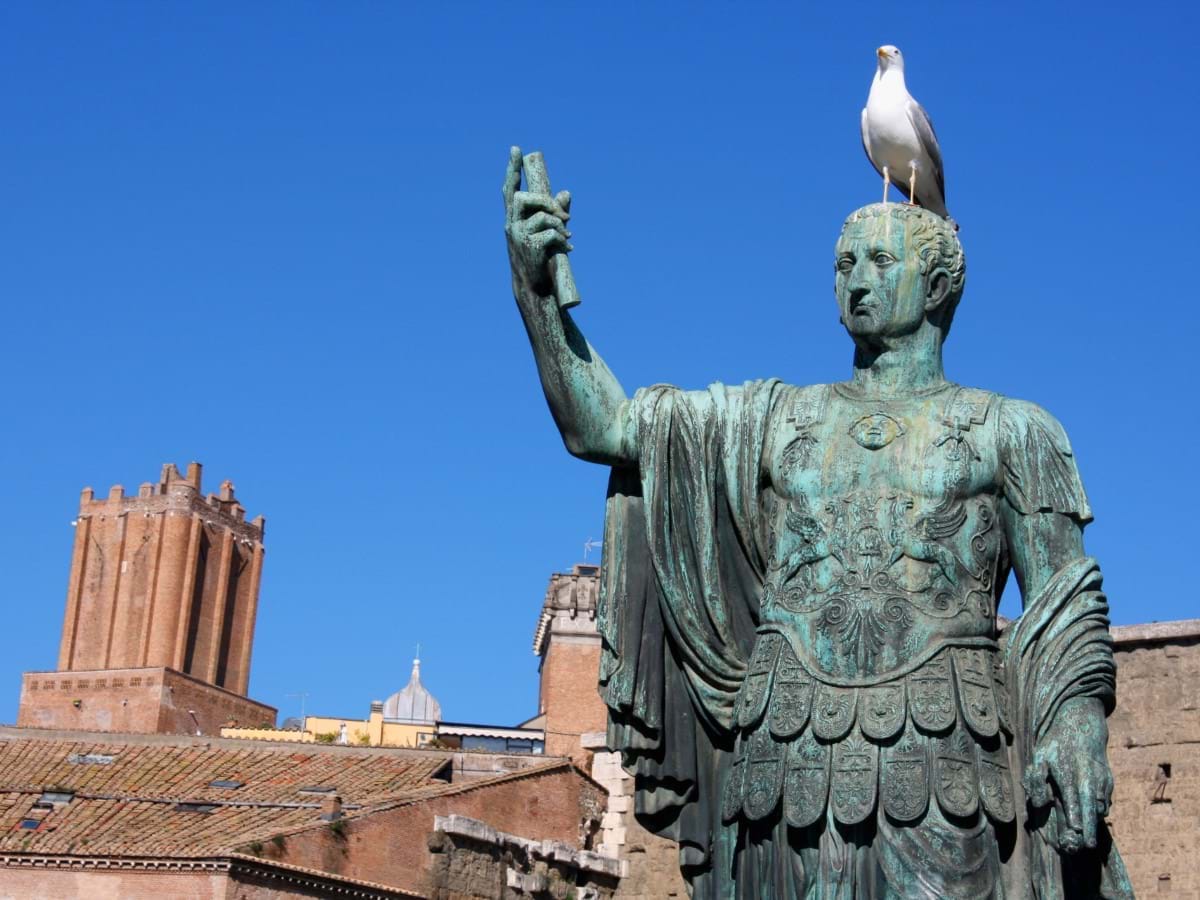 Complicated right? That’s ancient Roman history for you. Such and such married his sister, killed his father then divorced his sister in favour of his daughter. And we wonder why they were all so crazy? Nero’s lasting place in history has been as “the man who fiddled while Rome burned.” While it’s true that the Great Fire of Rome of 64 happened under his reign, and in just the area where he was hoping to build a colossal palace (if not for all those pesky buildings in the way), it’s quite unlikely that Nero was fiddling at the time. For one, the fiddle was not yet invented so he was in fact, much more likely to be playing his lyre. Rumour has it that he may even have set the fire himself or had a servant do it as an underhanded way to speed up the demolition process.

Immediately after the fire Nero returned to Rome to help with the relief effort. He waded through rubble to find survivors and offered his palace to the homeless. Once the area was clear, Nero rebuilt the Circus Maximus by much improved standards and had work begin on the Domus Aurea, The Golden Palace. Opinions vary on whether the Domus Aurea was 100 or 300 hectares in size but all agree that it was blooming massive. It was spread out over the Palatine, Oppian and Caelian Hills. Today only an estimated 20% of the palatial grounds remain. 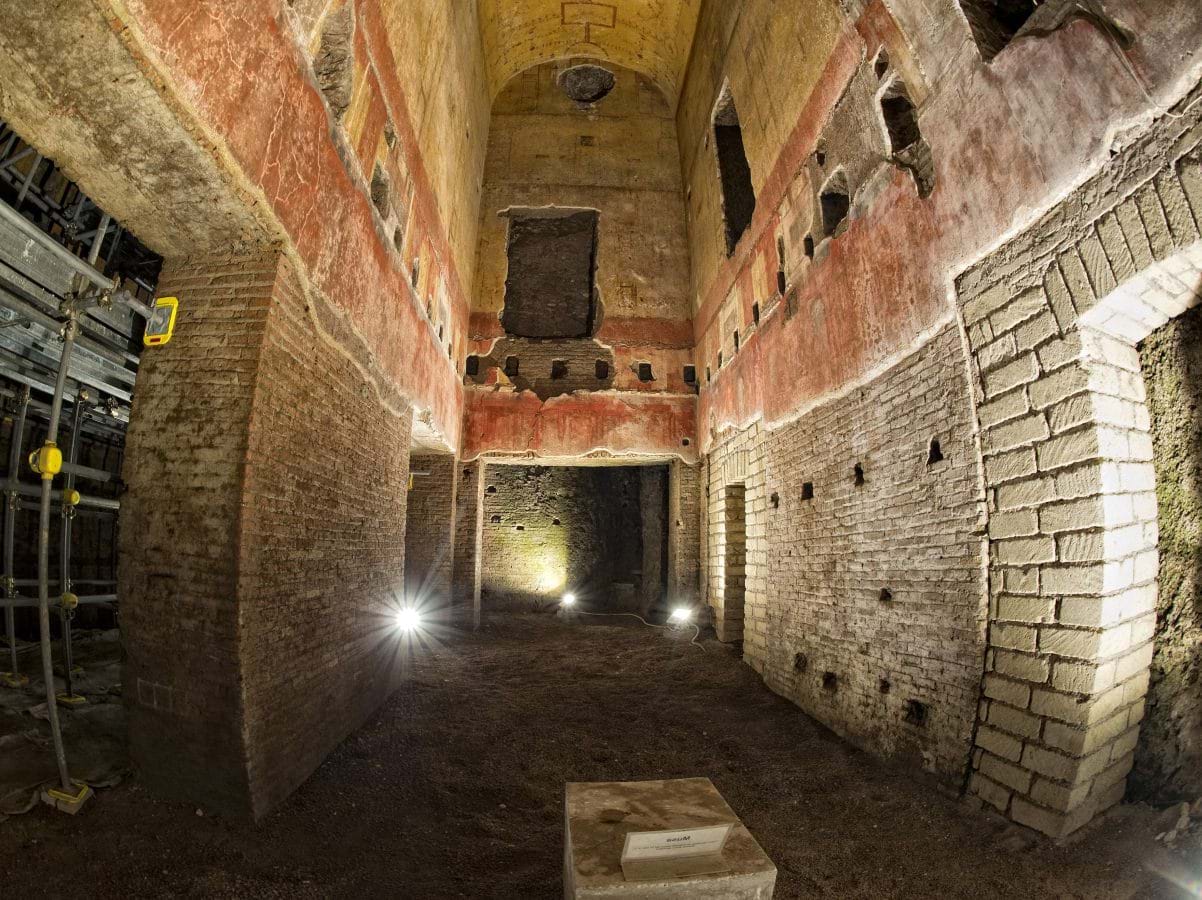 One of the other lasting impressions historians have of Emperor Nero was that he was a little blood-thirsty (although nothing like the extent to which Caligula was – apparently he once had an entire section of a stadium audience thrown into the ring to the animals because he was bored). It is said that Nero killed his step-brother Brittanicus the day before Brittanicus officially became an adult in order to ensure that he would have no competition to the throne. On top of that he is widely considered to be guilty of matricide (which is when one kills one’s mother – crazy that there is an official name for that). The reason behind the killing is a point of debate among historians although she was really one for meddling in his affairs, always telling him to dump this girl or be faithful to his wife. What a buzz-kill.

He wasn’t a big fan of Christians either. The story goes that he had captured Christians set on fire in his garden at night to use as outdoor lighting. He also tried to shoulder the blame onto the Christians when the citizens of Ancient Rome accused him of starting the Great Fire. He had a huge number of them burned, crucified and executed when they confessed to the arson – presumably under duress. Some sources even hold Nero responsible for the murder of Apostles Peter and Paul.

On a lighter note, Nero was also an Olympic champion. He appeared in the chariot racing events of the Olympic Games in the year 67 and despite not crossing the finish line first in any of the events (there was one he didn't even finish), he brought home a fistful of gold medals.

Apparently Nero did some good things too. He brought down taxes in Rome, reduced the price of food and often performed on stage singing and dancing for big crowds (can’t imaging Obama doing that – although maybe Berlusconi would). He also brokered a reasonable level of peace with the Parthians over the question of the control of Armenia. That peace lasted an whopping 50 years and was one of Nero’s biggest triumphs. Wlong with his aversion to conflict, it made his rule a relatively peaceful one for Ancient Rome (if you don’t count his brother, his mother and hundreds of Christians). In the end Nero was held accountable for his actions, abandoned by all of his friends and declared an enemy of the public by the Senate whose power he spent his life diminishing. Finding no other option, he killed himself before he could be executed by the people of Rome.

If you want to hear a little more about Nero and see the products of his reign, why not come along on our Colosseum and Ancient Rome walking tour.