A Guide to Architecture at the Vatican

The Vatican City is a country within a country. Located within the city of Rome, Italy, it is the heart of the Catholic Church and an iconic tourist landmark. For religious followers and curious travelers alike, a Vatican tour is a bucket list moment - and rightly so. Everything about it is awe-inspiring, and especially the architecture. You really will be blown away by the Vatican! 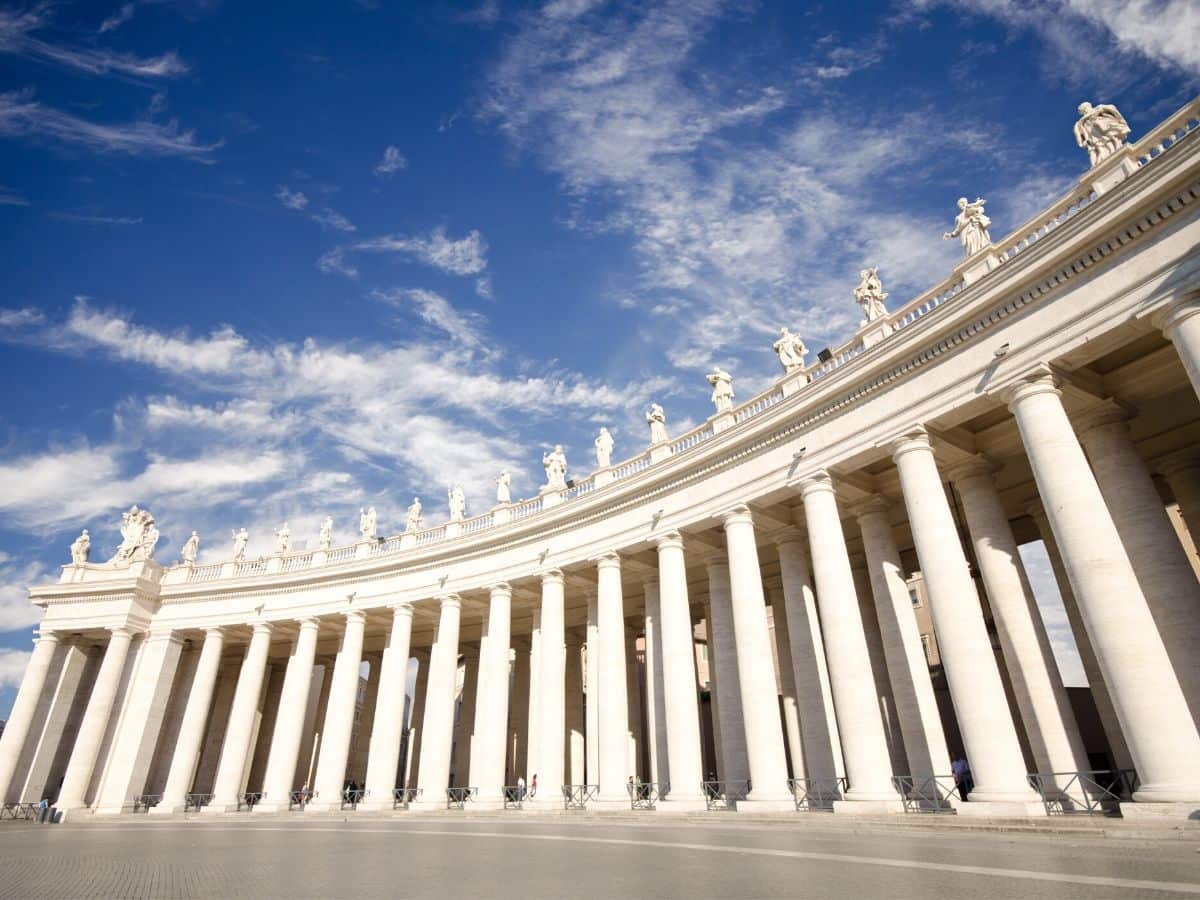 One of the most iconic sights within the Vatican itself is St. Peter’s Square. An oval rather than a square, this is where crowds gather on religious holidays and during the time when cardinals are electing a new pope. It can be seen in films such as Angels and Demons and has been shown on television hundreds of times of the year in the news and in documentaries.

St. Peter’s Square was designed by Italian architect Gian Lorenzo Bernini. He was a big name in the architecture world, but even more so in the world of sculptors and sculpting. Bernini was also a painter as well as being involved in the theater - acting, directing and designing sets. He was in charge of the design for many buildings, chapels, churches, fountains and public squares - but St. Peter’s Square was one of his largest projects. In 1656 Pope Alexander VII commissioned him to create a square that would be worthy of the imposing beauty of St. Peter’s Basilica.

It is an elliptical piazza, with four rows of Doric columns arranged in a colonnade on two sides. These double colonnades are, it is said, supposed to symbolize an embrace from the arms of Christianity’s Mother Church: the incredible St. Peter’s Basilica. Statues of Christian saints line the tops of the colonnades, too. The square was designed to fit the maximum amount of people inside it, so that as many people as possible could watch a Papal blessing. The size of St. Peter’s Square also evokes an incredible sense of awe - which you can feel for yourself on a Vatican City tour. 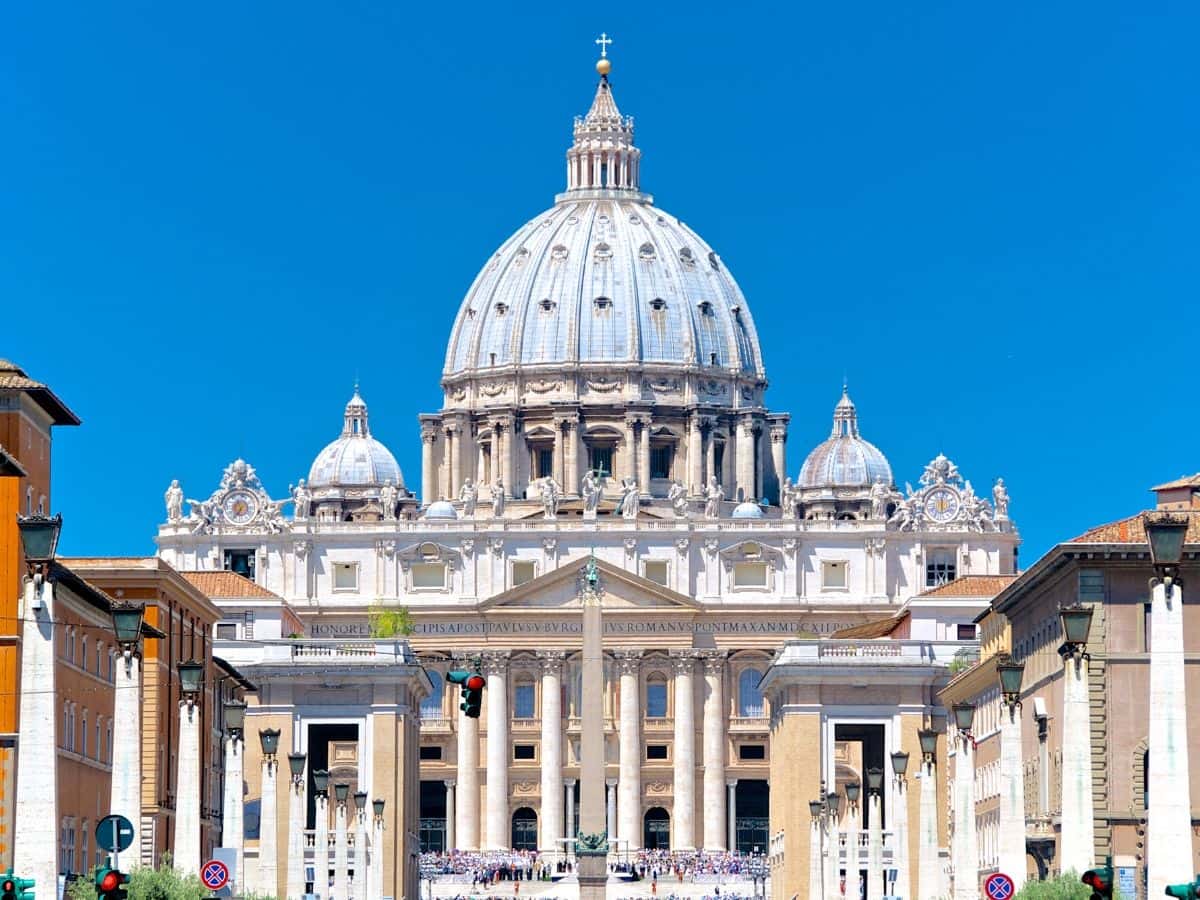 From the square itself into the basilica that gave it its name: St. Peter’s Basilica. One of the largest churches in the world, it took around 120 years to complete - between 1506 and 1626. Unlike the square, it was not designed by one sole architect. Instead, contributions were made to the design by the likes of Jacopo Barozzi da Vignola, Donato Bramante, Giacomo della Porta, Antonia da Sangallo the Younger, Carlo Maderno, Michelangelo and the aforementioned Bernini.

St. Peter’s Basilica, which you can visit on our Vatican City tours, was built in a Renaissance style. Pope Julius wanted to create the grandest building in the Christendom, and it turned into somewhat of a design competition. Donato Bramante’s design was selected, though as the years passed and various other architects became involved with the project, plans changed. The dome and the naves, the columns and the narthex - every part of the church is so beautifully and intricately designed, and most parts were originally envisioned by somebody completely different!

The design of the basilica has had a huge impact on western Christian architecture ever since it was built. In particular the dome of St. Peter’s Basilica: similar domed churches have been built in Rome such as San Carlo ai Catinari, and in London (St. Paul’s Cathedral), Vienna (Karlskirche) and Paris (the Pantheon). But the original is still the best and seeing it up close on a Vatican museum tour is just awe-inspiring!

The dome of St. Peter’s Basilica can be seen from pretty much anywhere in Rome, and it was one of the most iconic landmarks within the city. One of the best Vatican tours gives you the chance to climb the dome, and see the Eternal City from a brand new angle… 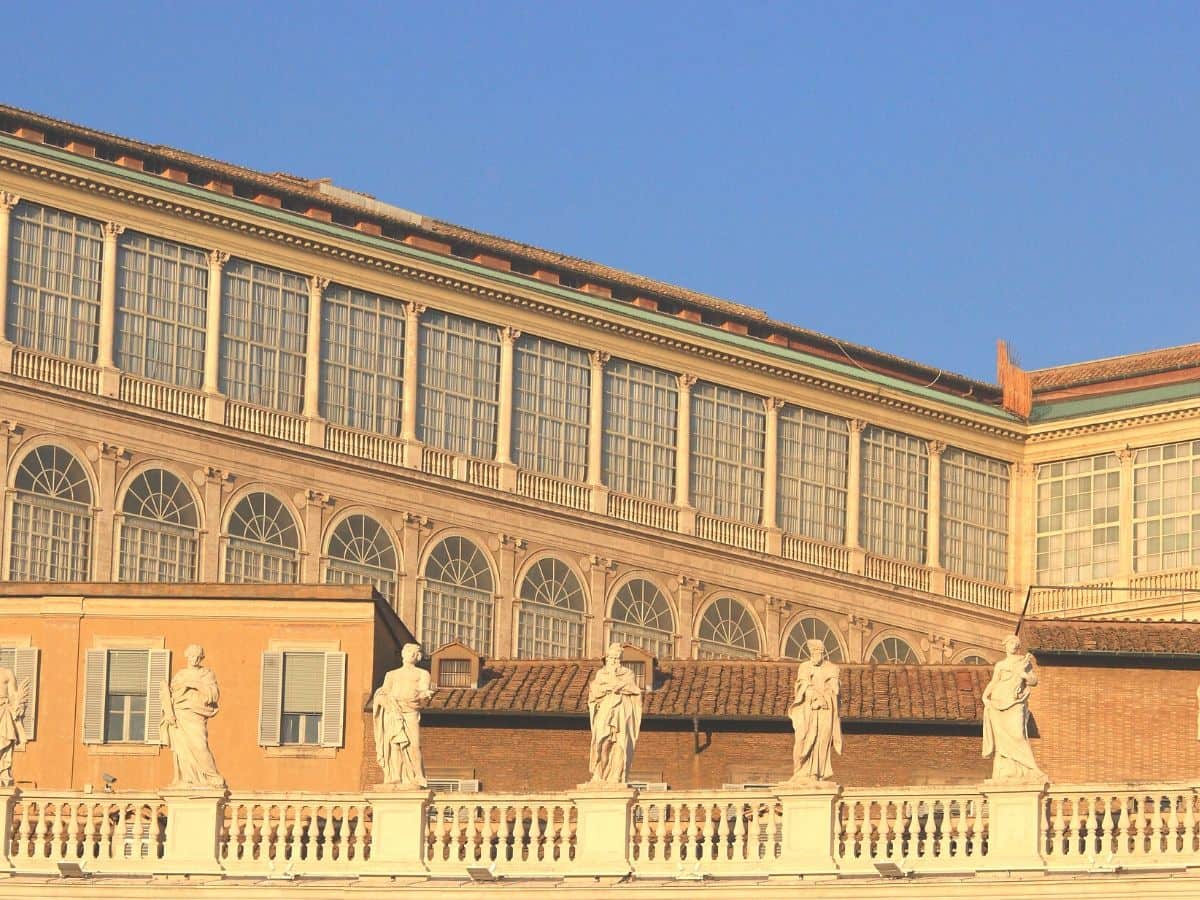 This is the official residence of the Pope, and it goes by many names. These include the Papal Palace, the Vatican Palace and also the Palace of Sixtus V in honor of Pope Sixtus V who built the palace in its present form.

The Apostolic Palace is made up of many different architectural styles because it took so long to build. From the 1440s until the late 1800s, the palace was being worked on by somebody. It started with Pope Nicholas V - there was already a palace there, sponsored by Pope Eugene III in the 1100s, but it has fallen into a state of horrific disrepair. Nicholas V used this site, and some of its materials, to erect a new palace in 1447.

The Apostolic Palace covers 162,000 square meters. It contains the Papal Apartments (where the pope actually lives) as well as the Vatican Library, some Roman Catholic Church and Holy See offices, chapels, art galleries and museums. The palace is, in fact, a series of self-contained buildings arranged around a courtyard. 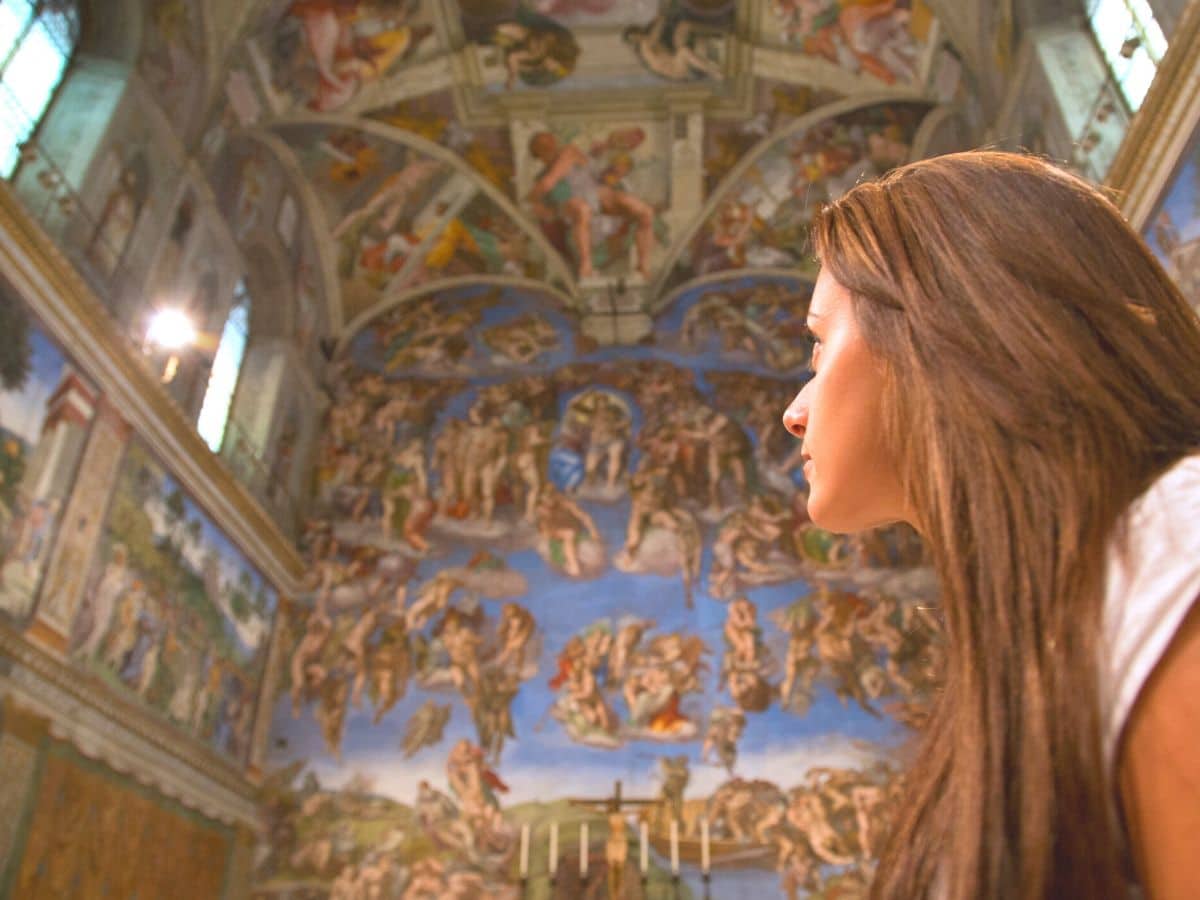 Located within the Apostolic Palace is the Sistine Chapel. Mostly famous for Michelangelo’s detailed frescoes, it was designed by two architects named Baccio Pontelli and Giovannino de Dolci. It is divided into three stories, has no exterior facade and follows the dimensions of the Temple of Solomon as given in the Old Testament. This means the chapel is 40.9 meters (134 ft) long and 12.4 meters (44 ft) wide.

A Sistine Chapel tour gives you the opportunity to marvel at not only the incredible frescoes, but the incredible architecture too. So much work went into the chapel, as it did with the rest of the Vatican, and you will be completely struck by how every small detail fits into place. Our tours of the Vatican will show you the very best the little city has to offer, complete with stories, secrets and more!

The CW Guide to Christmas Markets