What the Sistine Chapel will teach you about the Renaissance

There are various museums in the Vatican City, but the most well-known, and the one that everyone wants to see is Michelangelo's work on the Sistine Chapel Tour.

And for good reason.

Home to two of the world’s great art masterpieces, The Last Judgement and Michelangelo’s ceiling frescoes, the Sistine Chapel is a must-visit destination for any art lover.

You’ll discover this art and more when you embark on a Sistine Chapel tour. Not least that Michelangelo was a sculptor, rather than a painter when Pope Julius II requested him to paint the Sistine Chapel. 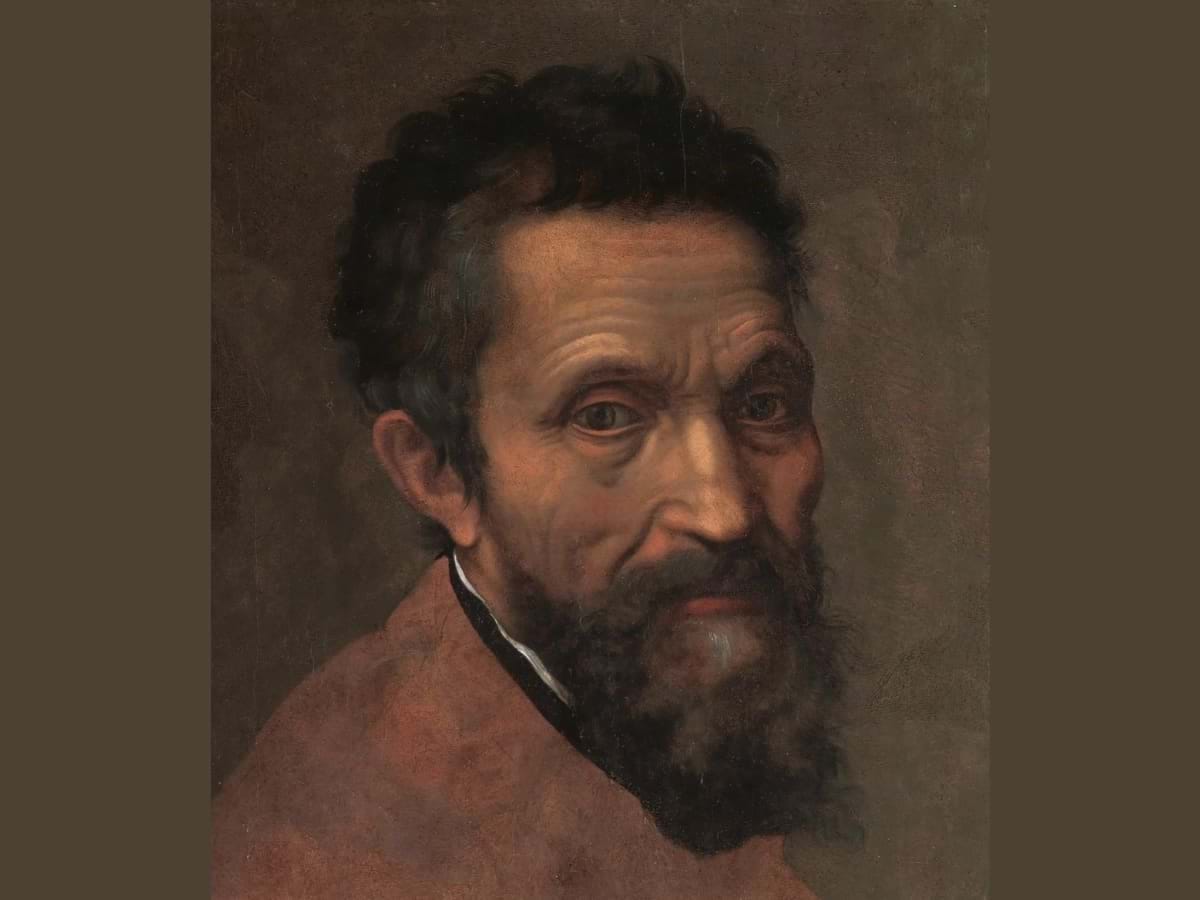 His commission to illuminate the Sistine Chapel was also considered controversial, and he had many critics. It’s safe to say, judging from the masterpieces that have stood the test of time, that he’s silenced them and has enjoyed the last word.

What you’ll see writ, or painted, large is the very essence of the Renaissance in front of you. The ideals of the Renaissance included an adoration for the human form and a curiosity for the tension between spiritual faith and earthly wealth. The Sistine Chapel, and how Michelangelo decorated it, highlight these themes. 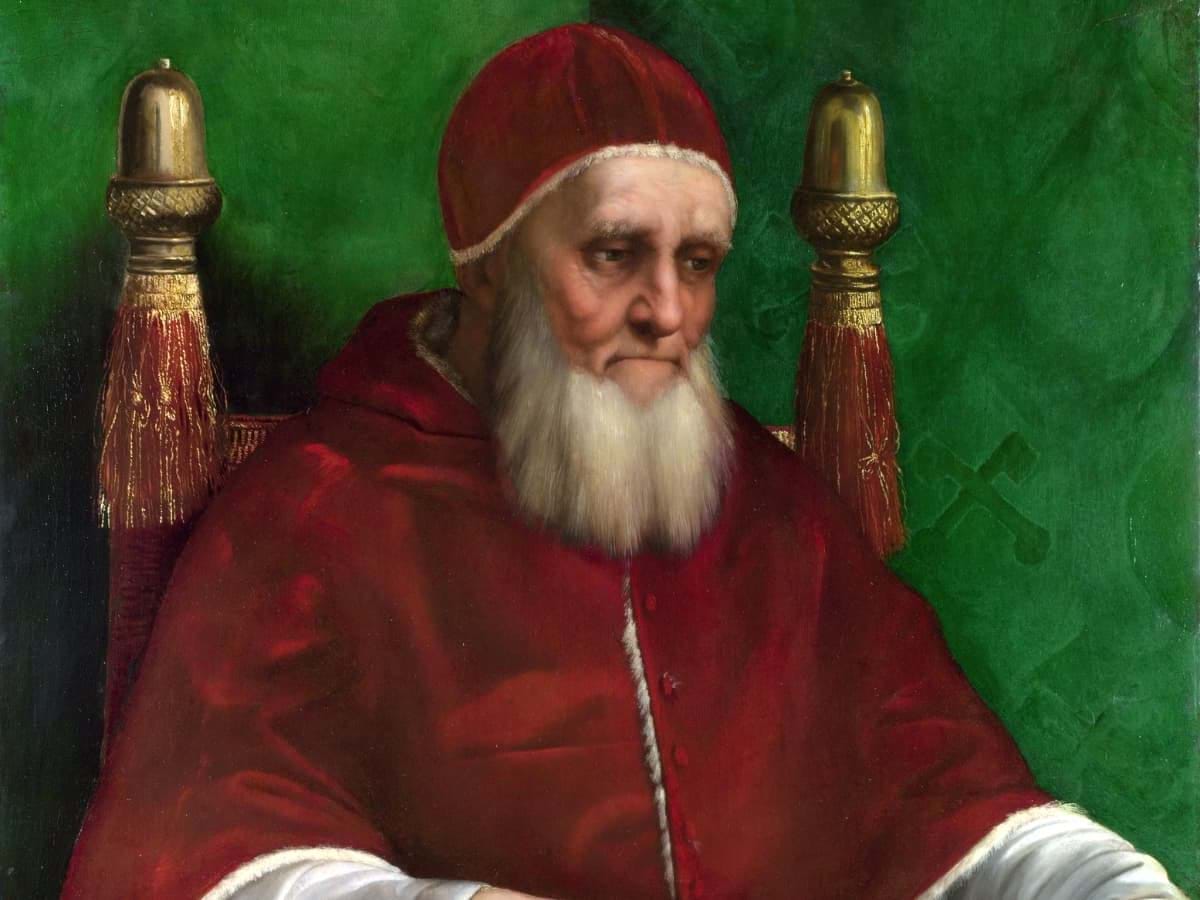 Pope Julius II was ordained in 1503, and he freely acknowledged himself as a lover of art, power and war.

Michelangelo, at the time of Pope Julius II’s accession, was sculpting the statue of David in Florence. On hearing of the remarkable work, the newly elected pope who had a healthy ego and liked to think ahead commissioned the sculptor to work on his future tomb. This commission then took on added responsibilities as he also requested that Michelangelo remodel St. Peter’s Basilica while he was at it. 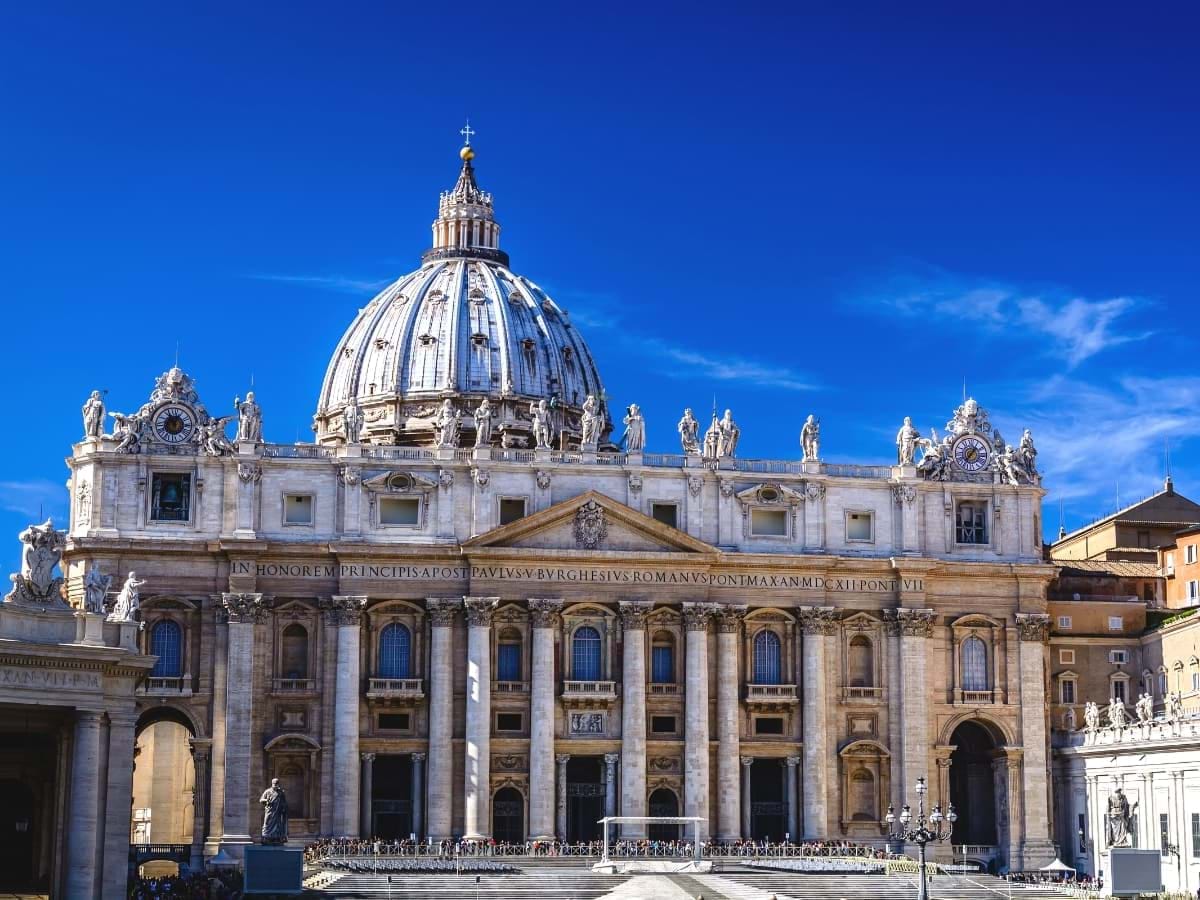 The majestic art and sculpture throughout the Sistine Chapel don’t breathe a word of the fraught relationship between Michelangelo and the Pope.

The confrontation arose occasionally due to lack of payment for the materials needed to do the job. After one such argument, Michelangelo left Rome in anger. Pope Julius II quickly realized his error and made peace with Michelangelo, by offering him another commission - and paying up. The results of that commission are the magnificent frescoes on the Sistine Chapel’s ceilings that we marvel at today.

Artistic Rivalry in the Vatican

The slowness of the pope’s payments weren’t Michelangelo’s only issues to deal with. Professional jealousy also reared its head as Donato Bramante, the Pope’s chief architect and an enemy of Michelangelo’s, was working within the Vatican City too and he felt unhappy with the commissions bestowed on Michelangelo.

Raphael, today recognized as another great artist of the Renaissance period, was also commissioned to work within the Vatican City during some of the time Michelangelo was there. A bitter feud had existed between Raphael and Michelangelo for some time, and though art historians have different opinions as to what the true nature of this feud related to, it seems the two artists viewed each other as rivals with Raphael cast in the role of the young upstart. 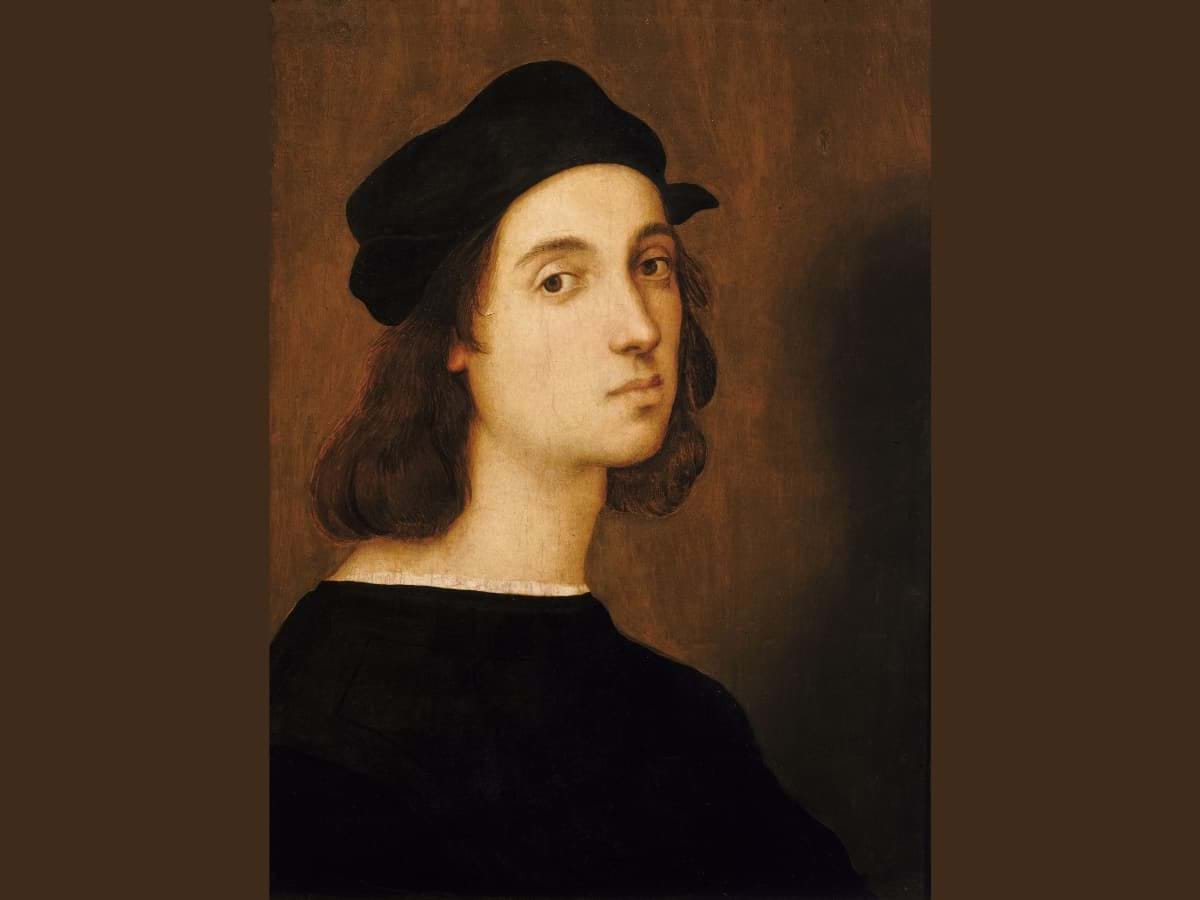 The project Raphael worked on was the frescoes of the pope’s private chambers. This was a notable commission, which Michelangelo may have viewed as more valuable than his own of the Sistine Chapel and which are known as the Raphael Rooms today.

While history has shown the artwork of the Sistine Chapel to be of global importance, it’s easy to imagine that in 1508 when these artists were working so close to each other that the atmosphere was heavy with internal politics.

Technical challenges in the Sistine Chapel

Once you understand the many technical challenges Michelangelo and his team of artists (he commissioned trusted artists from his native Florence to work with him) faced to paint the Sistine Chapel, the frescoes and scenes you see take on even more significance.

The master artist had to manage time to an exact degree to ensure the quality of work he wanted to provide - and the pope insisted on. There was very little room to go back and revise the work once completed.

Not least, with Michelangelo’s famous frescoes. The technique he used to create these works of art involved paint washes applied to wet plaster. If the plaster dried out too quickly, it would absorb the paint and destroy the effect. Time was of the essence.

Rome also presented conditions that required Michelangelo to find new ways of doing things. His preferred plaster recipe, originating from Florence, didn’t work well when created with the materials on hand in Rome. The humid Roman climate also created the perfect conditions for mildew, slowing down progress as Michelangelo would need to reapply the paint. 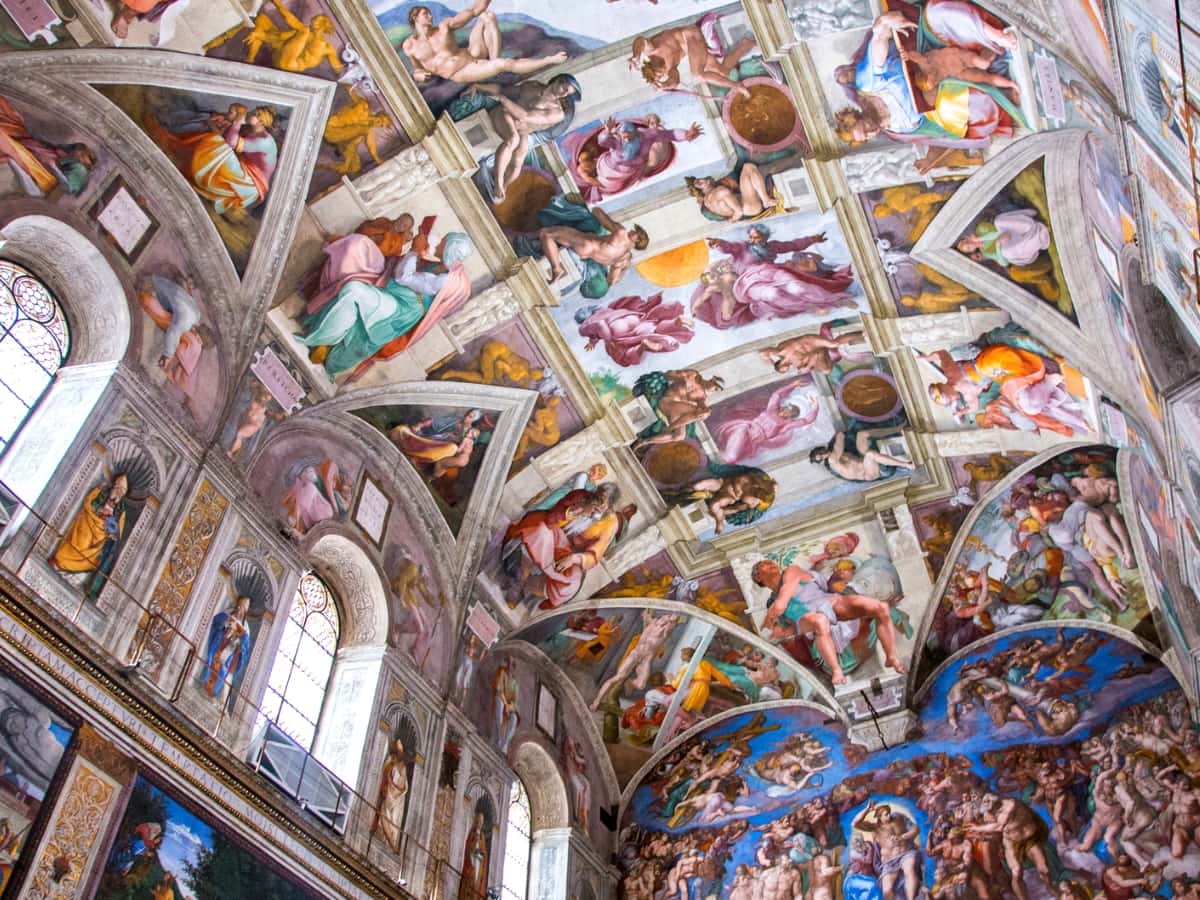 The ceiling of the Sistine Chapel

Standing the test of time

In the 1980s and 1990s, an extensive restoration project on the frescoes in the Sistine Chapel brought to life the vivid colors Michelangelo used - and his unique genius in illustrating scenes from the Bible.

Today, the masterpieces we see in the Sistine Chapel do nothing to remind us of the struggles Michelangelo endured. Instead, their sublime appearance provides an excellent example of the very best in Renaissance art.

To discover more about the Renaissance, keep an eye on our Sistine Chapel tours.

Top 5 Books to Read on Vacation in Venice

See the most famous monuments Rome has to offer in a single day (Vatican City, Colosseum, Sistine Chapel and more) with enough time to get back to your ship and set sail.