Exploring the Hidden Corners of Venice

Everyone agrees that there’s a lot to love about Venice and its remarkable hoard of jaw-dropping palaces, storied haunts and precious works of art. During regular opening hours, Venice’s biggest crowd-pullers are crawling with sightseers, their mouths agape at all the grandeur. And though the city’s signature sights are utterly magnificent, it’s worth bearing in mind that there is more to Venice than meets the mass’s eye.

Venice is a city with one heck of a history. A place where, if you can manage to shake off the crowds, the presence of local communities as well as the ghosts of the past – be they the Venetian merchants of yore or renowned writers such as Byron and Hemingway – can still be felt. Maybe you want to scratch beneath the surface of Venice’s well-known landmarks or perhaps you are yearning to find new frontiers and sestieri (neighborhoods) where locals are the majority. In either case, we’ve got your curiosity covered with our hidden corners of Venice. 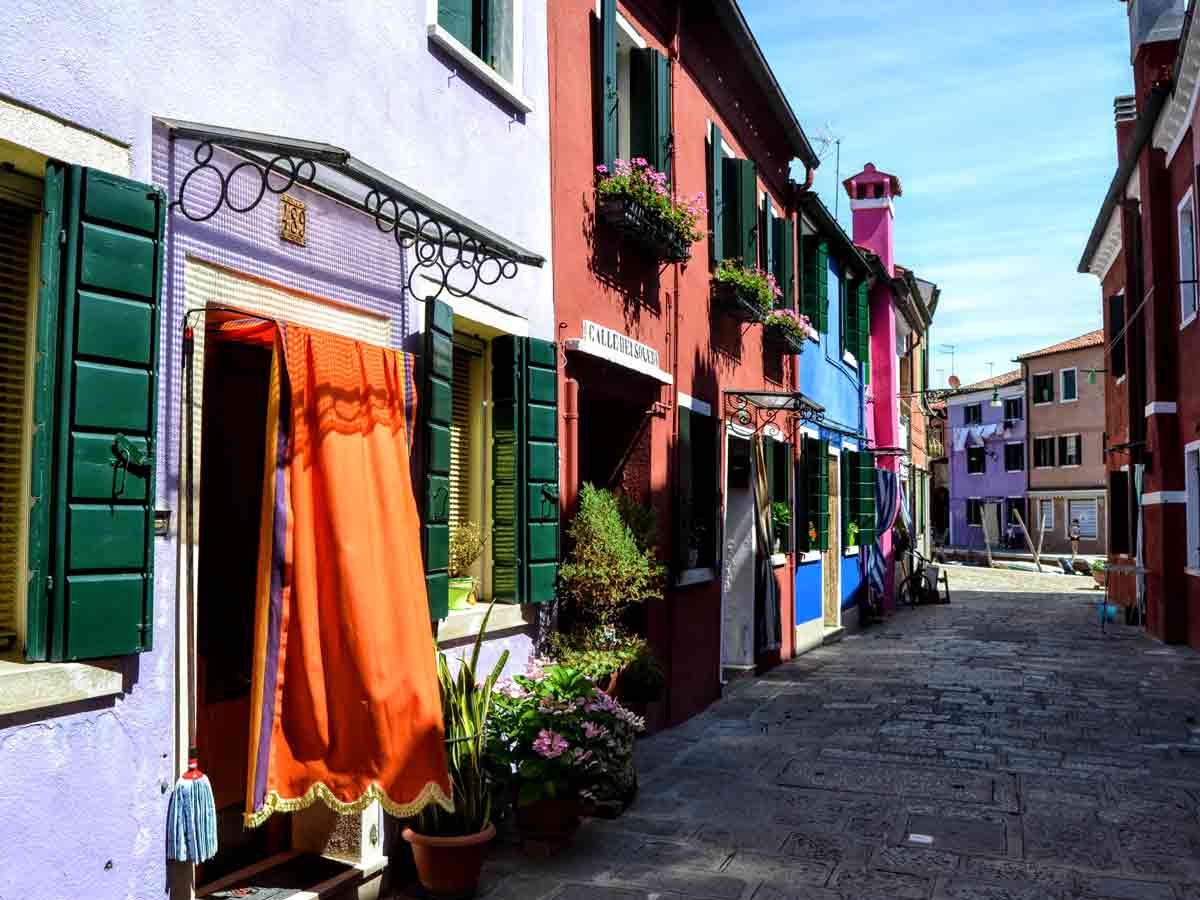 Colorful Streets Await on Burano Island in the Venetian Lagoon

Get Beyond St. Mark’s

Venice’s Grand Canal is the city’s main waterway and it sees a lot of traffic. Boats of all kinds, from commuter ferries to gondolas to tour vessels, usually offloading passengers in the attraction-packed San Marco district, where a high concentration of world-famous sights – including St. Mark’s Basilica, Teatro La Fenice and the Doge’s Palace – attract an ever higher concentration of selfie-stick wielding visitors.

If you want to experience a mellower side of the city, set off down one of the quieter waterways that branch off from the Grand Canal. Or simply disembark at the far side of the Grand Canal at the quieter, more laid-back San Polo neighborhood. Though the waterfront area of San Polo still gets quite a lot of footfall (most notably the area around the Rialto Bridge) all you need to do is venture a block or two back from the water’s edge for a real authentic slice of Venetian life. Here, you’ll soon stumble upon family-run cafés, residential streets and small markets where locals go shopping for groceries.

One appealing neighborhood with a distinctly local feel is culture-packed Dorsoduro. Go in the evening as part of our Venice Gondola Night Tour, and wander the maze-like lanes and pristine piazzas with a guide who knows them like an old friend. Just as New Yorkers sit on stoops to escape their cramped apartments and Southerners plant themselves on their porches, residents of Venice’s Dorsoduro tend to congregate outside after work, either out on the piazzas or in the residential courtyards.

Another crowd-free quarter of the Floating City worth exploring is the Jewish Ghetto, where the city’s Jewish community was forced to live between the 16th and 18th centuries. Though physical barriers no longer demarcate the area, the repressive presence of the past can still be felt and many Renaissance-era synagogues still stand. The adjacent Cannaregio area, where waterside wine bars, owner-operator shops and picturesque footbridges abound, is also well worth exploring. See both on our Venice Jewish Ghetto Tour.

If you want to see a side of Venice that few tourists ever do, venture beyond the six sestieri of the historic center and visit some of the other islands on the Venetian Lagoon. You could go to verdant Sant’Erasmo to see the abundance of vegetables growing in the ground – most famously, Sant’Erasmo asparagus – some of which will ultimately be bound for Venice’s Rialto Market. Or you may choose to go to Murano, an island known for producing the sought-after glassware of the same name. Glassmaking is still the island’s bread and butter and to this day, Murano chandeliers can be seen hanging from the ceiling of many upscale restaurant dining rooms and five-star hotels. Then there is Burano, a colorful island with brightly painted houses where locals still stitch delicate lace pieces entirely by hand, just as their descendants from as far back as the 16th century would have done. It has all been organized for you on our Day Trip to Murano from Venice. 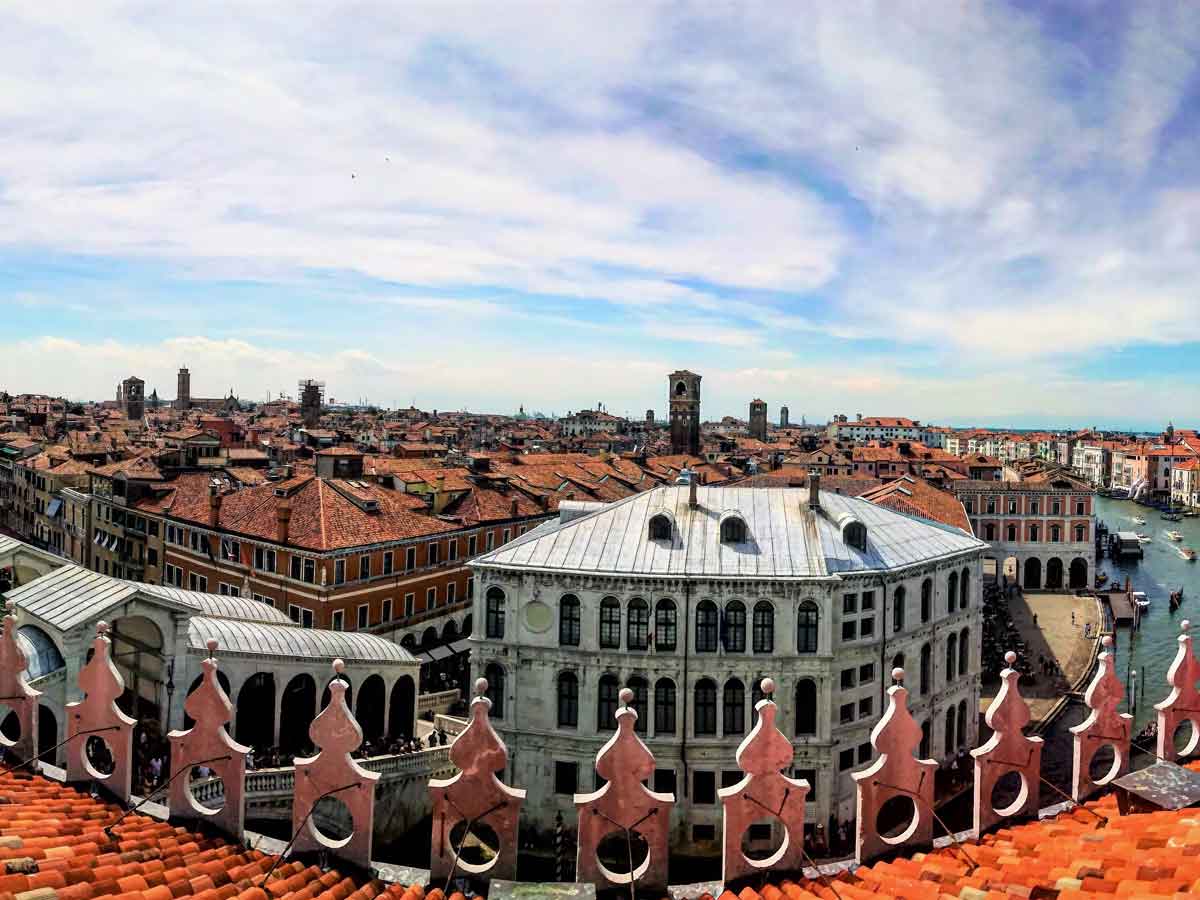 See a Different Side to Venice’s World-Famous Sights

When outsiders think of Venice, they have a tendency to reduce it to a series of simple snapshots: the Doge’s Palace, St. Mark’s Basilica, gondolas on the Grand Canal. But even the biggest and best-known of Venice’s attractions hold unexpected surprises and secrets, often hidden in plain sight.

For instance, few visitors to Venice are aware that it is possible to see St. Mark’s when it’s not mobbed by shuffling tourists. Take a St. Mark's Basilica night tour after it has closed its doors to regular visitors, and you’ll get to nose around its astonishing interior without so much as brushing off a fellow sightseer. In fact, the only other people in the basilica with you will be your group, your guide and an official custodian. What’s more, you can also gain access to areas nearly impossible to visit during the day, including the crypt and the Pala d’Oro altarpiece, a dazzling assortment of carefully arranged gold, silver, enamel and gems depicting various Biblical scenes, not to mention seeing the golden mosaics shimmer as they were meant to.

The Doge’s Palace, the beating heart of the Venetian Republic and another seemingly obvious choice of attraction, also holds some little-known delights for visitors who are willing to do a little digging. As the former home of the Doge of Venice and his ruling government, the palace echoes with stories and secrets just waiting to be exposed. While most visitors are restricted to the public areas of the palace complex, it is possible to see more. Our Doge's Palace Secret Itinerariess Tour takes you to parts of the palace where some of the more “delicate” operations of the Venetian Republic were planned and executed. You’ll see the torture chamber where the secret police attempted to coerce the truth from suspects and view a hidden door camouflaging as a wardrobe that was used for discreet access to and from the Council Room. You’ll also get to snoop around the attic prison cell that housed the womanizing 18th-century fraudster, Casanova who, with the aid of a priest, managed to escape to freedom.

Check out a full selection of Venice tours to make the most of your trip.

Masterpieces Of The Vatican: The Pinacoteca

Where to Eat in Rome with the Family 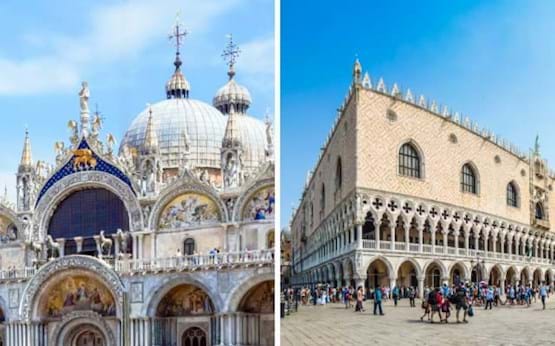 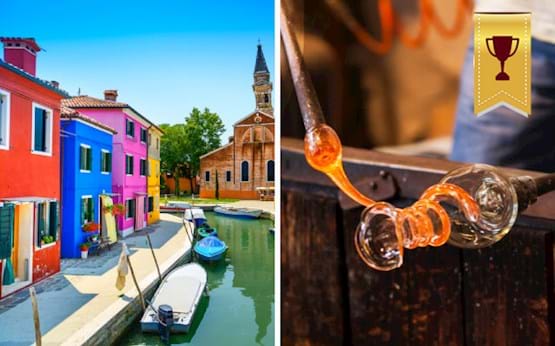 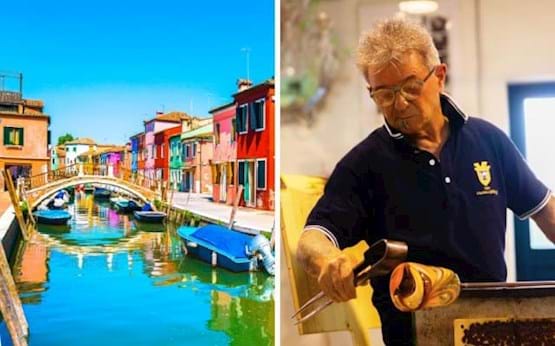