Whether it’s your favorite book, movie or fairytale, we all love a bit of mystery. And today we’re taking you on a journey to discover some of the real-life magic and mystery surrounding Spain’s Montserrat Mountain. In 1025, a monastery was founded at the hermitage of Santa Maria de Montserrat. Soon after, stories of sightings and miracles performed by the Virgin Mary at the abbey of Montserrat spread throughout the country. Pilgrims searching for healing or enlightenment began flocking to this monastery and remain to do so even to this day. Inject some magic into your day with these astonishing mysteries at Montserrat.

A Temple to Venus 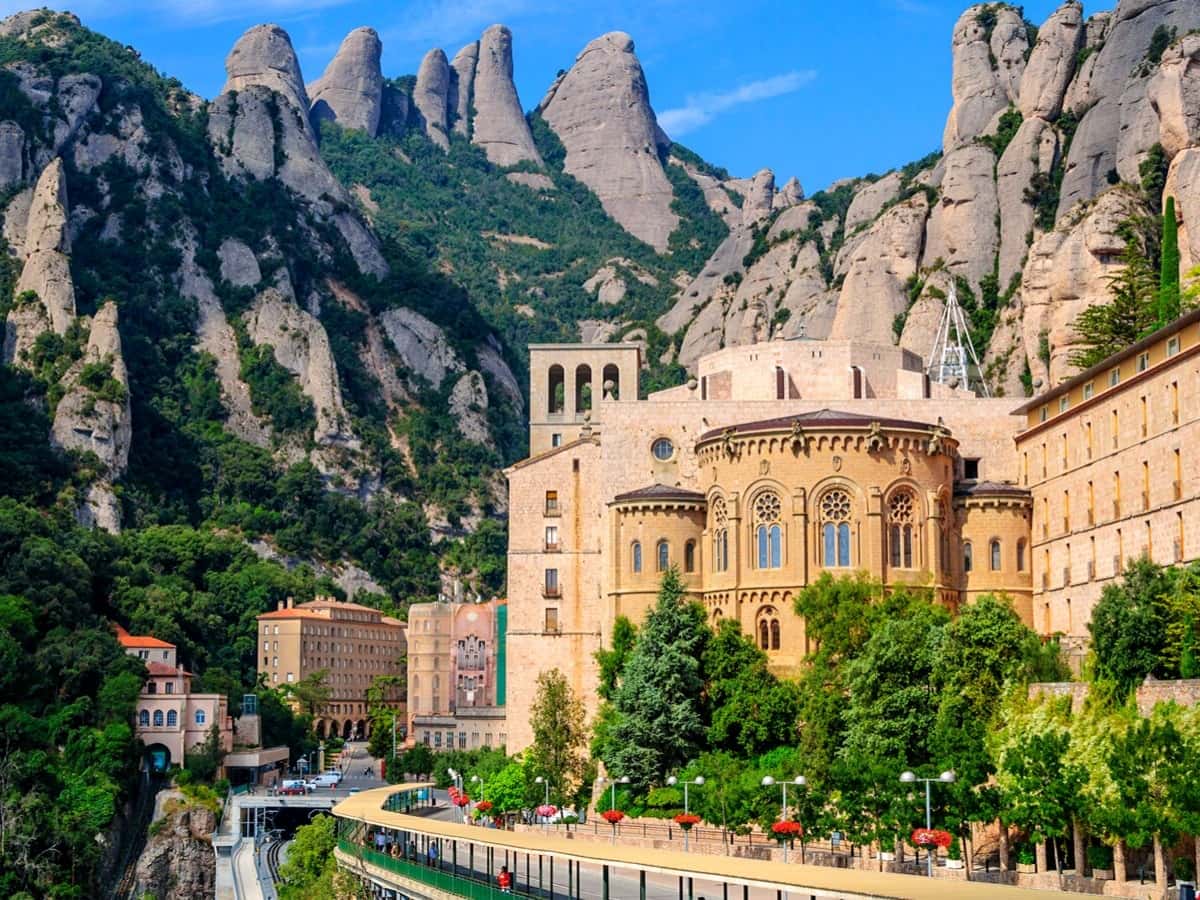 Today the mountain on Montserrat welcomes thousands of Christian pilgrims every year, but this monumental mound was a site of religious significance long before Christianity ever came to be. Before Christ, Romans erected a temple to Venus, the goddess of love, at Montserrat. As time past and the Roman Empire fell from grace, people began to lose faith in the pagan gods and goddesses and attention moved away from Montserrat.

Created by a Golden Saw 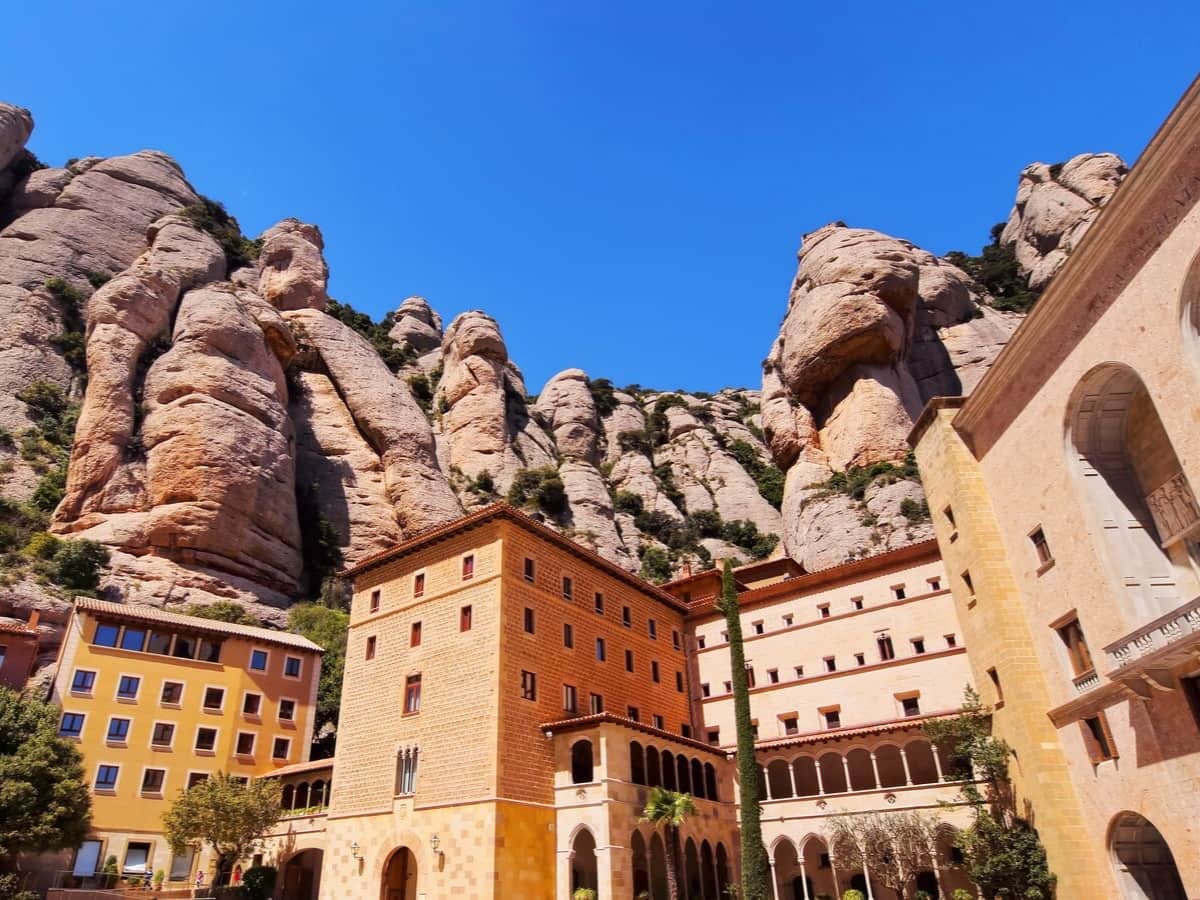 This incredible mound was formed 45 million years ago. Its name Montserrat means ‘jagged or serrated mountain’ because of the sharp looking peaks of the mountain. Legend has it that angels came down from the sky and created the mountain’s jarred edges, with help from a golden saw. Their goal was to create a throne for the Virgin Mary. Scientists will say that these unusual rock formations owe their outstanding appearance to mass movements of land and water that occurred in the area millions of years ago. We like the tale about the angels and the golden saw much better though, so we’re sticking to that! 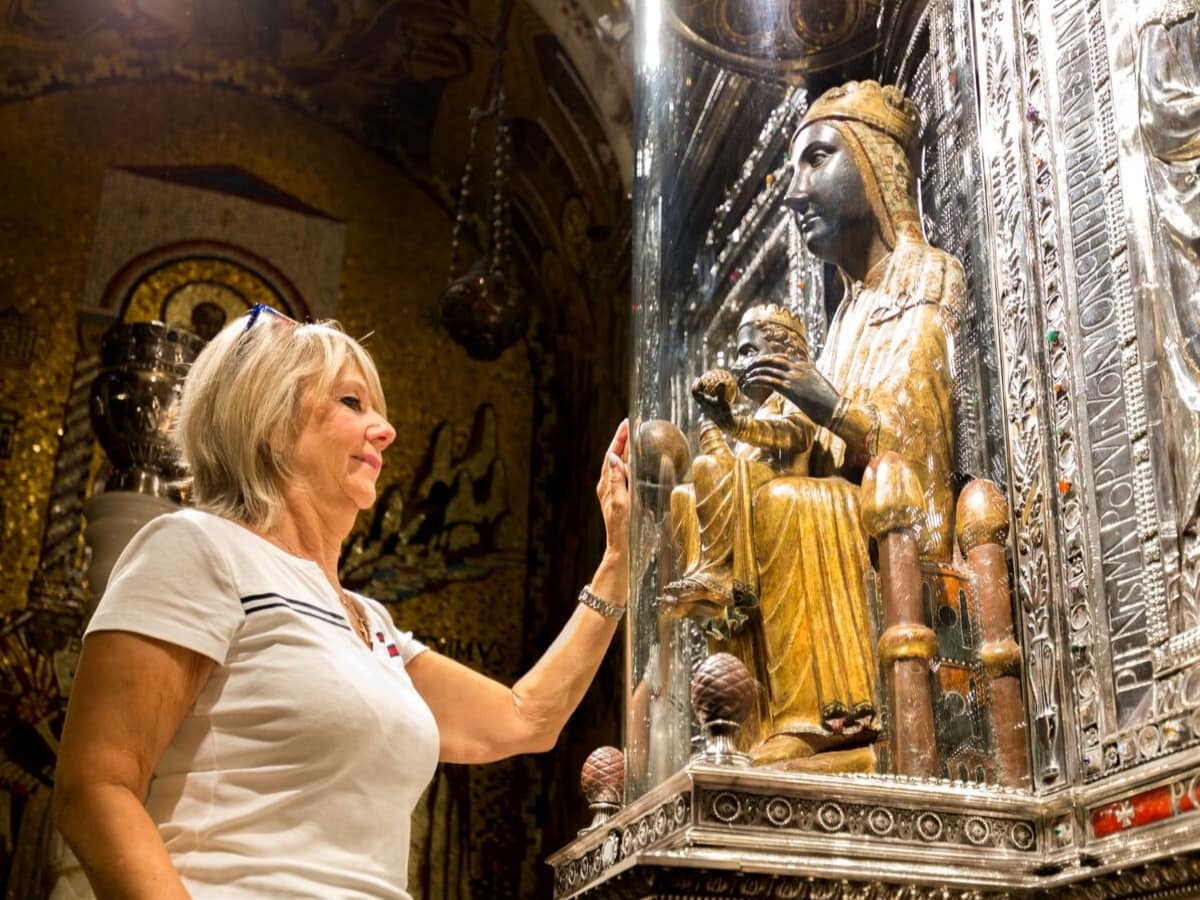 The Black Madonna is one of the most interesting sights to uncover on this fascinating mountain. This wooden statue is known by many names including; La Moreneta, St. Mary of Montserrat, the Black Virgin and most commonly The Virgin of Montserrat. This statue is at the center of spirituality on the mountain. In fact, the entirety of the monastery was built around its accessibility to the Black Madonna, located within the basilica. Christians believe that the statue was carved by St. Luke in Jerusalem, when the religion was first founded. In 1844, Pope Leo XIII declared the Black Madonna to be the patron saint of Catalonia. Many believe that the statue has healing powers and thousands of miraculous cures are credited to this sacred piece of wood. Most of the statue sits behind a protective sheet of glass, except for one hand. In this hand the statue holds a sphere, which represents the universe. This is the only part of the statue not protected behind glass and it is said that pilgrims simply need to touch this exposed area to be healed. Whether you’re a Christian or a curious mind the mystery surrounding the Black Madonna is well worth experiencing on your visit the Montserrat.

The Sacred Cave of Santa Cova

Without a doubt one of Montserrat’s most intriguing and mystical sites is the Santa Cova. Also known as ‘The Holy Grotto’, the Santa Cova is a sacred cave for pilgrims to the mountain. Legend has it that the Virgin Mary appeared in this cave. The apparition of Mary was first noted in a text dating back to 1239. This text states that on a Saturday, in 880, as the day was approaching dusk, shepherd children saw a great light fall on the mountain. This light was accompanied by a beautiful song which echoed throughout the land.

A week later, the shepherd children returned to the mound, this time with their parents. To their amazement the vision and song appeared for a second time. This happened again and again, for four more consecutive Saturdays. During this time a pastor in the neighboring town witnessed the miracle. News spread throughout the Christian community and when the bishop of Manresa heard the tale, he decided to visit Montserrat and experience it for himself.

Upon visiting Montserrat and witnessing the vision of the Virgin Mary, the Bishop of Manresa and his companions tried to take the image in a procession back with them to the city of Manresa. Their attempts were in vain and it was decided that the image must be worshipped at the Santa Cova on top of Montserrat.

Since uncovering this tale of the mysteries and miracles of the Santa Cova, thousands of pilgrims travel to worship in this sacred cave every year. 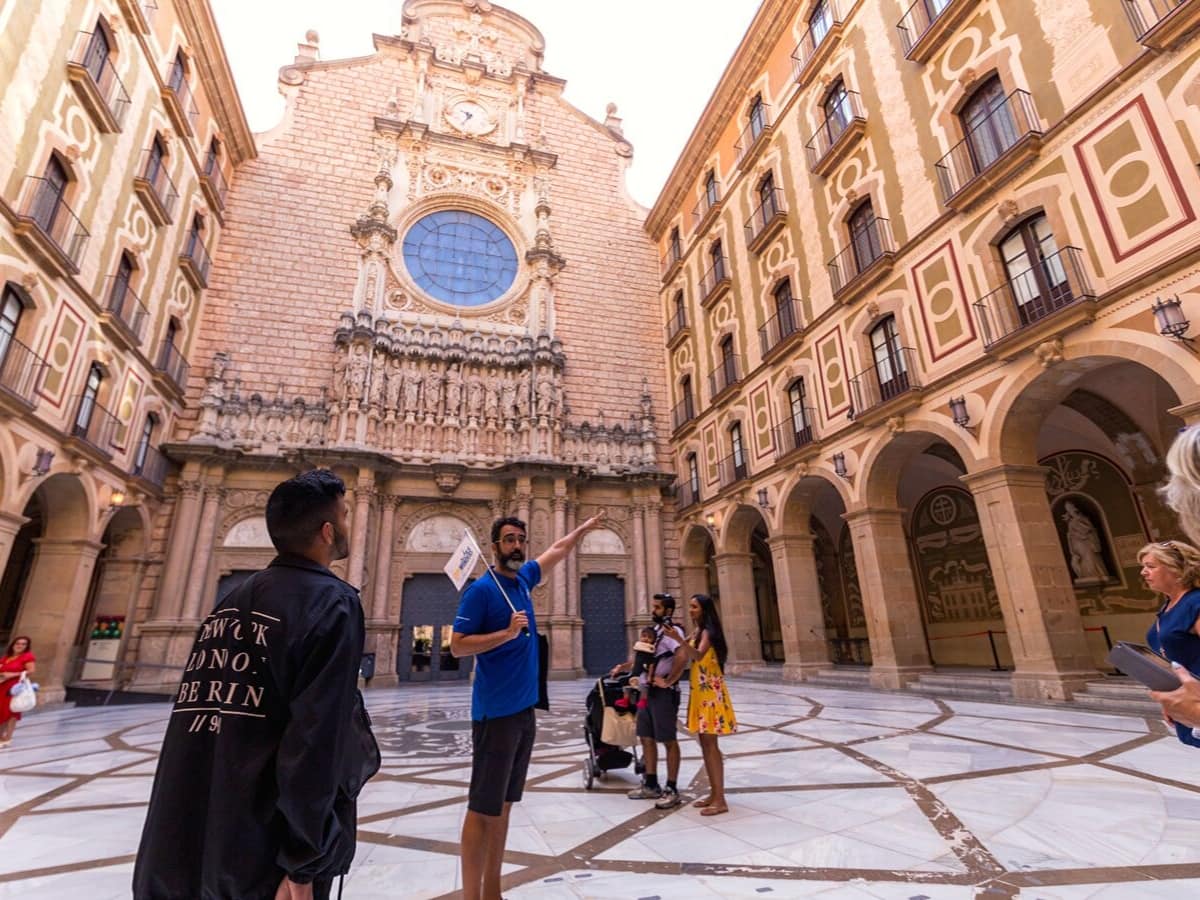 Whether its spirituality, history or geography that fascinates you, we definitely recommend a visit to the mountain of Montserrat. It’s mesmerizing geographical form and mysterious claims of miracles make for truly magical day out. Although the landscape is stunning, we urge you to drive with caution if you plan on making your own way up the mountain. With winding roads along a cliff-edge, this drive can be tedious and very daunting, especially if you’re not well-versed in driving through mountainous terrain.

Take the hassle out of your visit to Montserrat with our day trip from Barcelona. Kick back, relax and enjoy this monumental mound with round-trip transportation and commentary from an expert, English-speaking guide – so you can unravel all the mysteries of this fascinating sight without the drama.