Montserrat first came to life in 1025, when a new monastery was founded at the hermitage of Santa Maria de Montserrat. The monastery quickly became popular as stories of miracles performed by the Virgin spread from pilgrim to pilgrim. In 1409, the monastery became an independent abbey, and then a cultural center of the first order. As a result, Montserrat as a region has also grown in popularity over time. With that in mind, we’re dedicating today’s post to 6 amazing things to do and see in Montserrat, Spain. 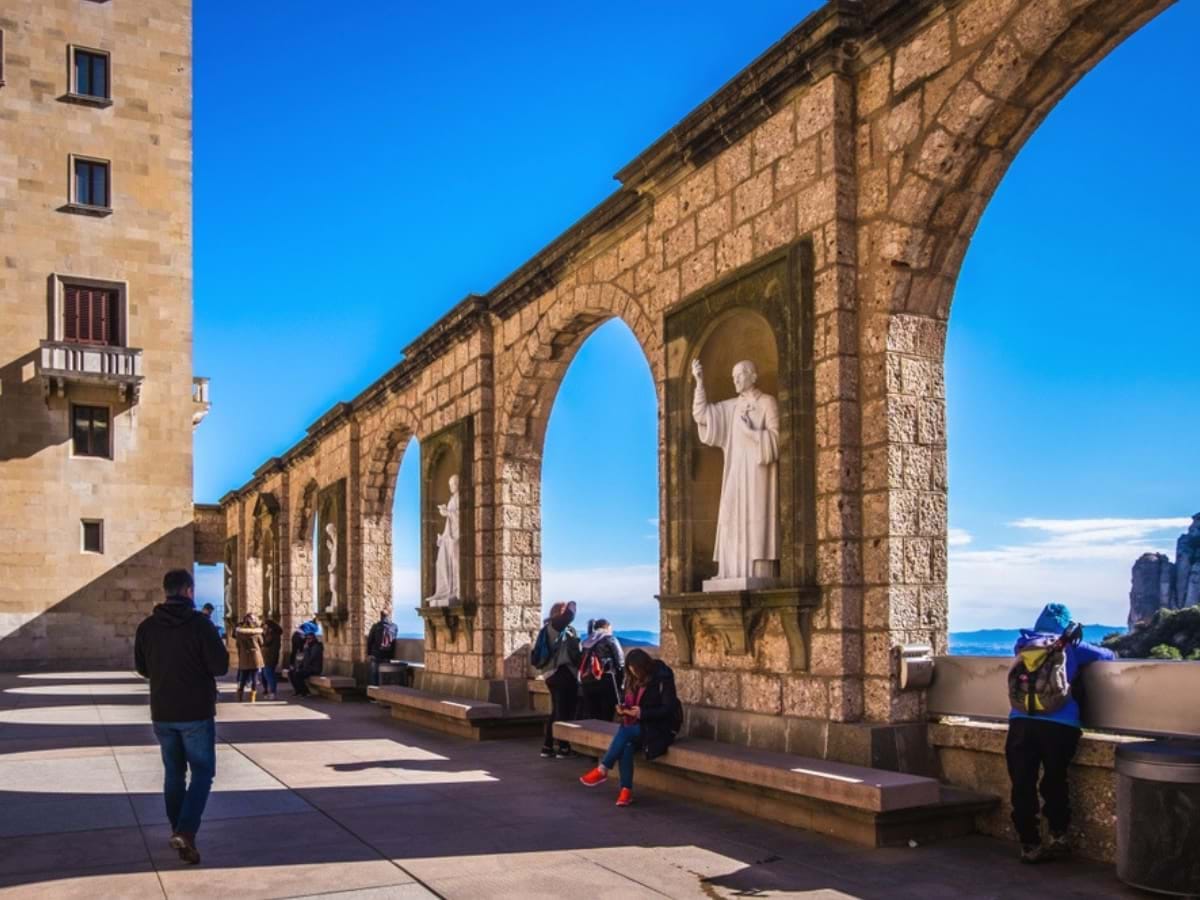 Present on Montserrat Mountain since the 9th century, the monastery has become a famed location of religious significance over time. Its popularity grew in the 15th century in particular, when one of the hermits from Montserrat travelled to America with Christopher Columbus. One of the islands in the Antilles was named after Montserrat – and this is how the worship of the Mtoher of God in Montserrat began in America. Despite needing to leave the monastery on several occasions, the monks always returned to reconstruct it to its former glory. In 1947, the Black Madonna was celebrated in the Enthronement of the Image of the Mother of God, and we monastery has been gaining in popularity ever since. Even if you’re not religious, this incredible structure is worth visiting purely for its rich history. 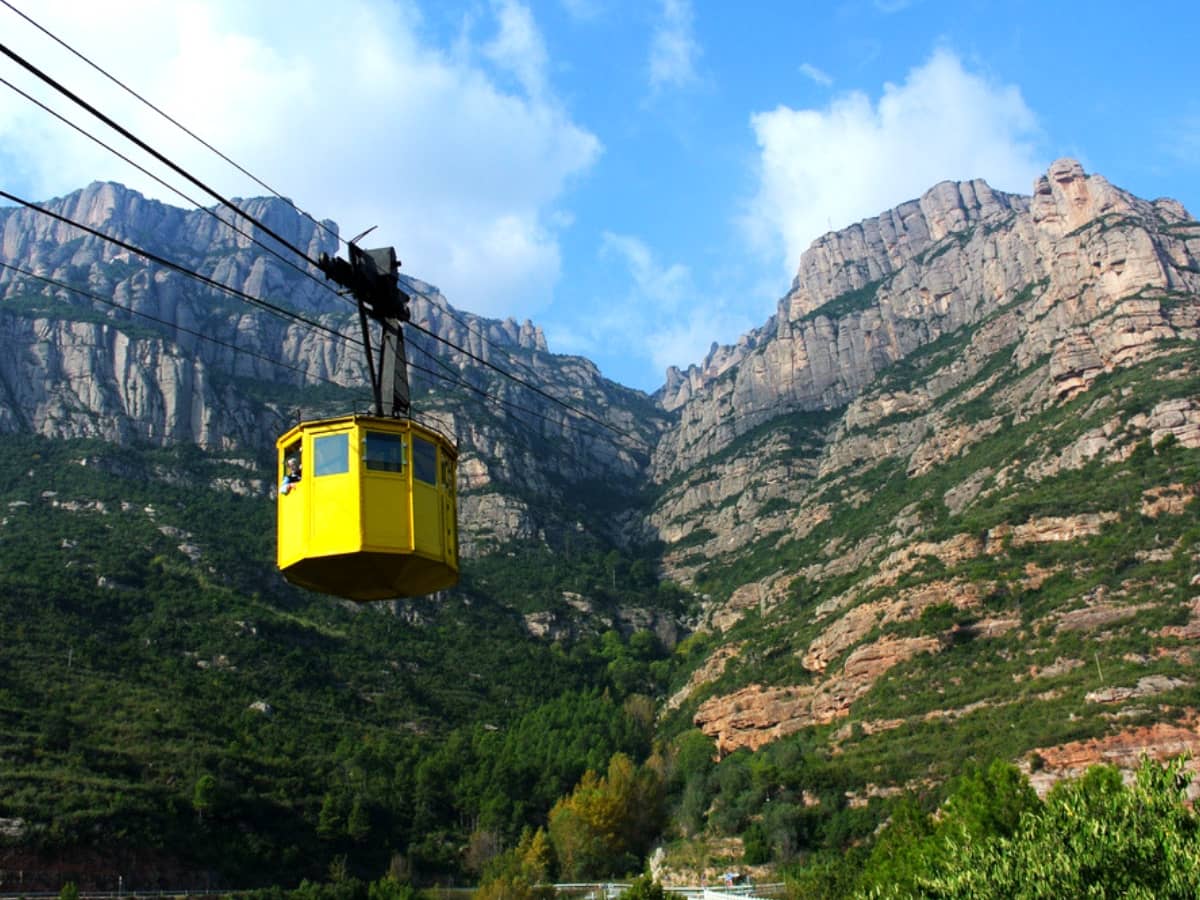 At 4,055 feet (1,236 meters) high, the summit of Montserrat offers the most glorious views of Catalonia. So why not see it all in motion from the comfort of a cable car? Hiking can be fun, but let’s be real, it’s not for everyone. It is said that you can actually see Barcelona from here – but in fact, it’s hidden by the Conserolla Mountains. On your cable car ride, you’ll see breathtaking views of the mountain and the stunning valley below, as well as the village of Monistrol, the River Llobregat and the famed shrine of Santa Cove. And if you’re afraid of heights, never fear: the cable car ride only takes about five minutes. The incredible views are entirely worth the few moments of angst and exhilaration, trust us! 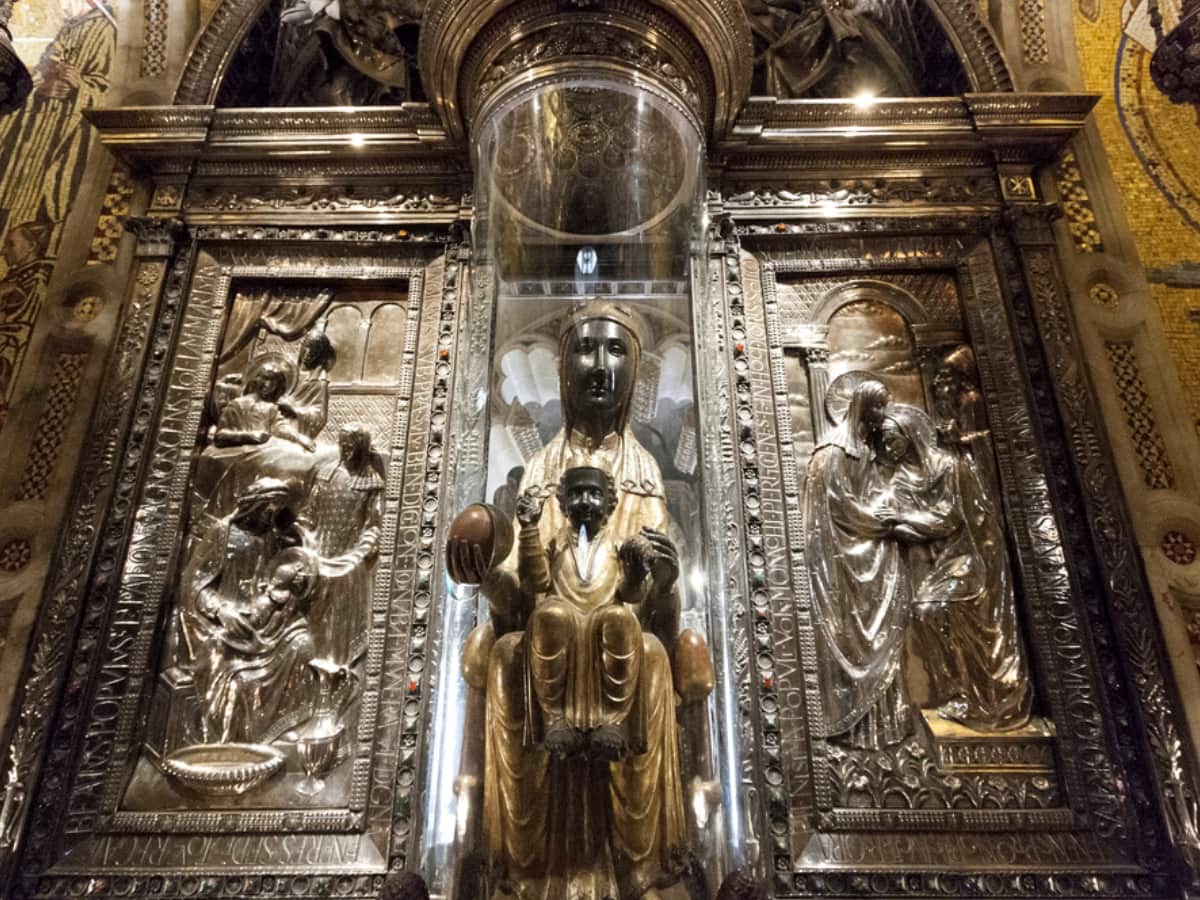 3. The Black Madonna, the Basilica of Montserrat

This wooden statue is known by many names, such as The Virgin of Montserrat, La Moreneta, St. Mary of Montserrat, and the Black Virgin. Fun fact: the entirety of Montserrat was built around the potential to worship the Black Madonna, located within the Basilica. It’s believed that the statue was carved by St. Luke in Jerusalem when religion first began. In 1844, Pope Leo XIII declared the Black Madonna to be the patron saint of Catalonia. It’s said that the statue can provide healing powers and perform miracles, which can be achieved by touching the exposed hand that isn’t kept behind a pane of glass. With such an intriguing history, it’s easy to recommend a visit to the Black Madonna statue in Montserrat. 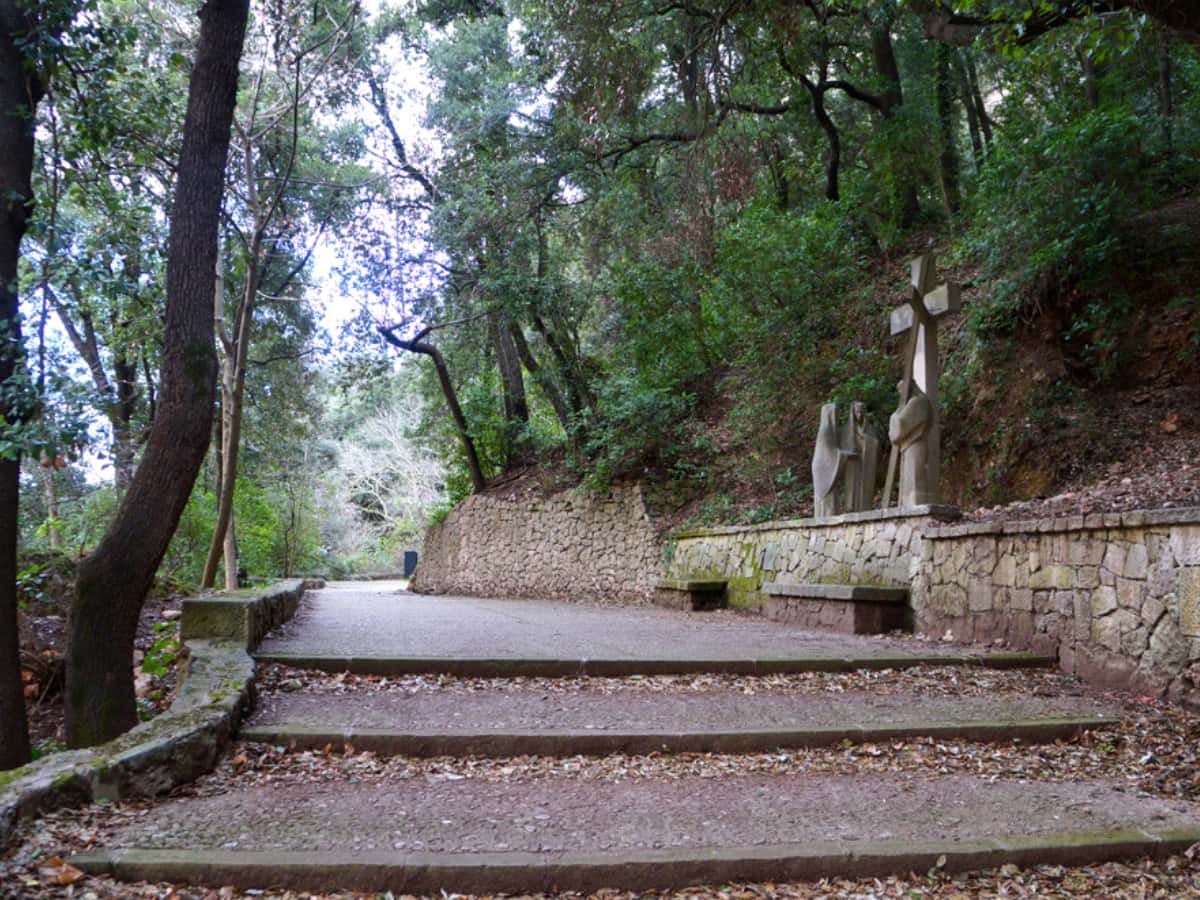 One of Catalonia’s most beautiful areas, Montserrat Mountain was established as a natural park in 1987. With plenty of villages, walking paths and exhibitions throughout, there’s plenty to visit and see when traversing the park. St Jerome is the highest point of the mountain, reaching an incredible 4,055 feet. If you happen to have a fear of heights, we advise that you don’t look down from here (don’t say we didn’t warn you!). With its Mediterranean climate, there’s a range of plant life and vegetation that grows here – up to 1250 species. It’s also said that Montserrat has one of the boast oak forests in Catalonia. There’s also a wide variety of wildlife living in Montserrat – reptiles, birds, rodents, cats, boars, bats and wild goats can all be seen on the mountain. There’s something for the animal lovers and wildlife photographers too! 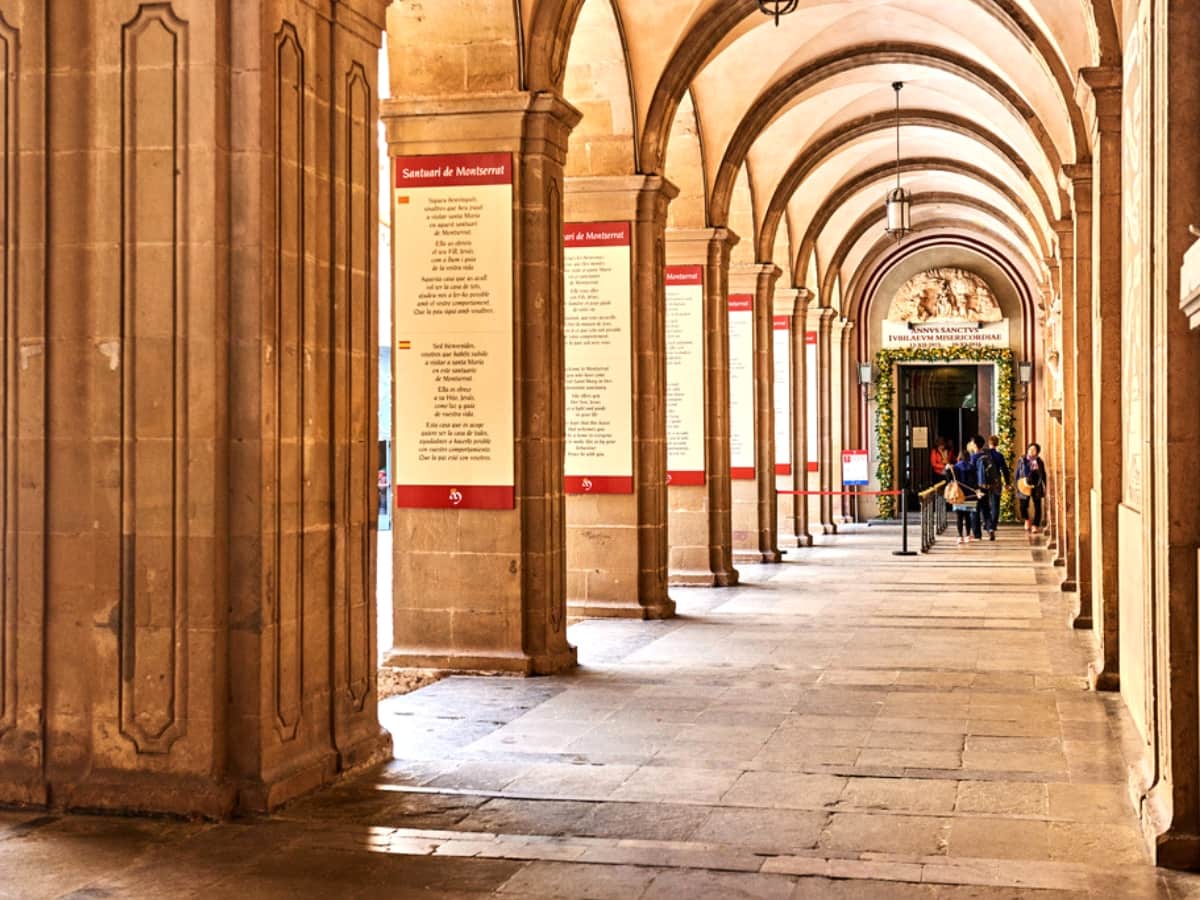 Originally known as the Biblical Museum, the Museum of Montserrat contains a large collection of valuable artworks stemming across 8 centuries. It was established in 1963, using the collection of artworks that were found within the monastery. It’s home not only to the work of Catalan artists, but also ancient collections from the Middle East, 19th-century pieces from Rome and Naples, contemporary avant-garde art, and a range of sculptures from the Modernism era, just to name a few. The museum itself is split into 3 sections: modern painting with Catalonian artists, the archaeology of the biblical East, and ancient painting.

It also has a single piece from Caravaggio, which is the only piece of his that can be seen in Catalonia. The largest collection in the museum is that of the 19th and 20th centuries, which were added in 1982. In 2004, the museum was extended in order to host more exhibitions, and in 2006, in was declared a Museum of National Interested by the Parliament of Catalonia. As of 2017, Montserrat Museum is deemed one of the national museums and is one of the most visited in Spain. We’re a little bit convinced that we need to take a trip there now, are you? 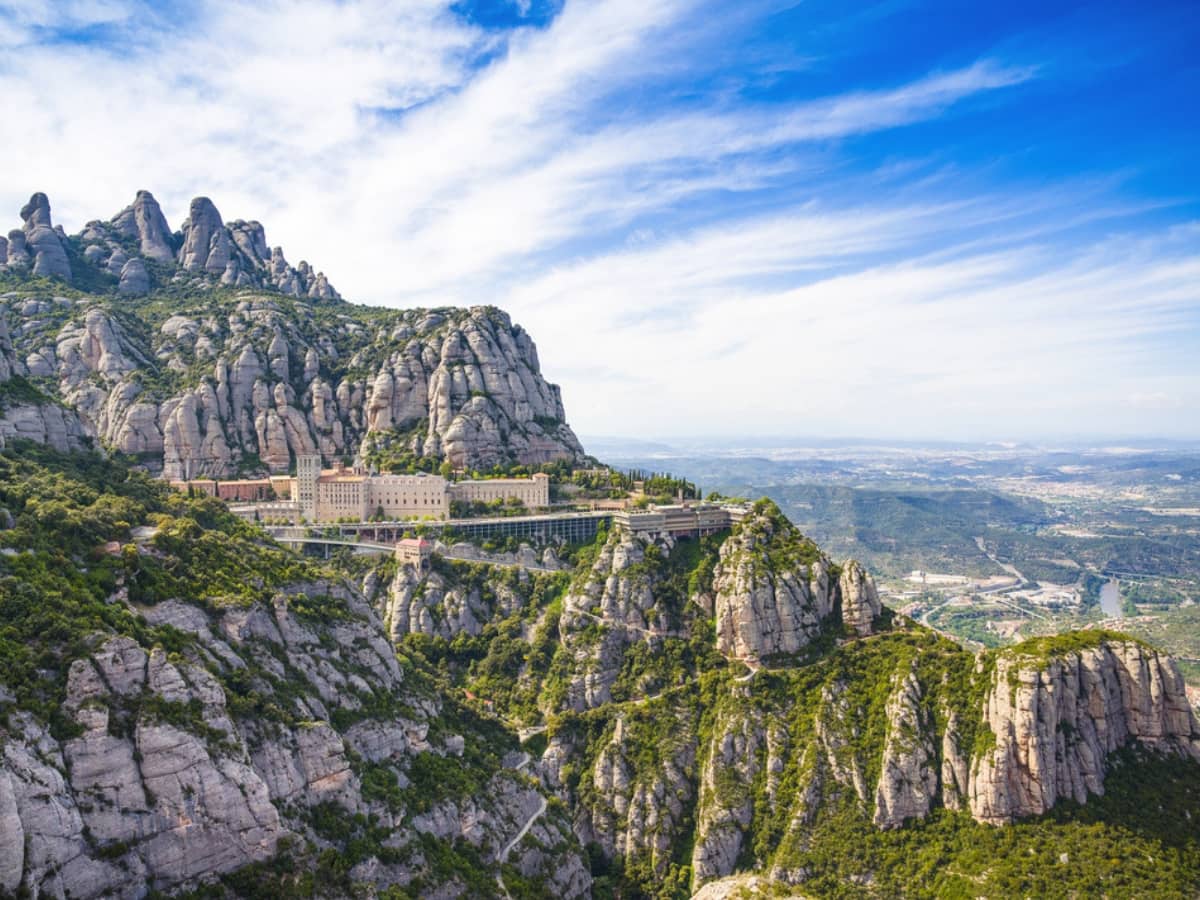 6. Take an Express Tour of Montserrat

With a speedy express tour of Montserrat, you can ensure that the best of the region will be packed into a short period of time. With private transportation from Barcelona, you’ll travel in comfort for about an hour to get out of the city. this tour includes the highlights of Montserrat, such as the monastery, the Black Madonna, the incredible views that surround you, and some free time to explore for yourself. We also have a tour option that includes a Flamenco dance performance, ensuring a truly Barcelonan experience for one and all. Click on over if you’re interested in going on an Express Montserrat Tour.

Be sure to take a second to check out our Barcelona tours if you’ll be traveling to the city!

The Most Beautiful Parks in Naples

A Guide to Rome's Most Famous Monuments