5 Incredible Things to See at the Louvre

Whether you’re a history buff or a French fanatic, today’s post is for you. Everyone beelines for the Louvre when on a trip to Paris, but do they even know why they’re doing it? With 35,000 pieces, it’s impossible to see everything in one visit. In fact, if you spent 30 seconds on each piece, it would take you approximately 100 days to see everything. Yikes! So in today’s post, we’re bringing you a mere five incredible things to see at the Louvre. 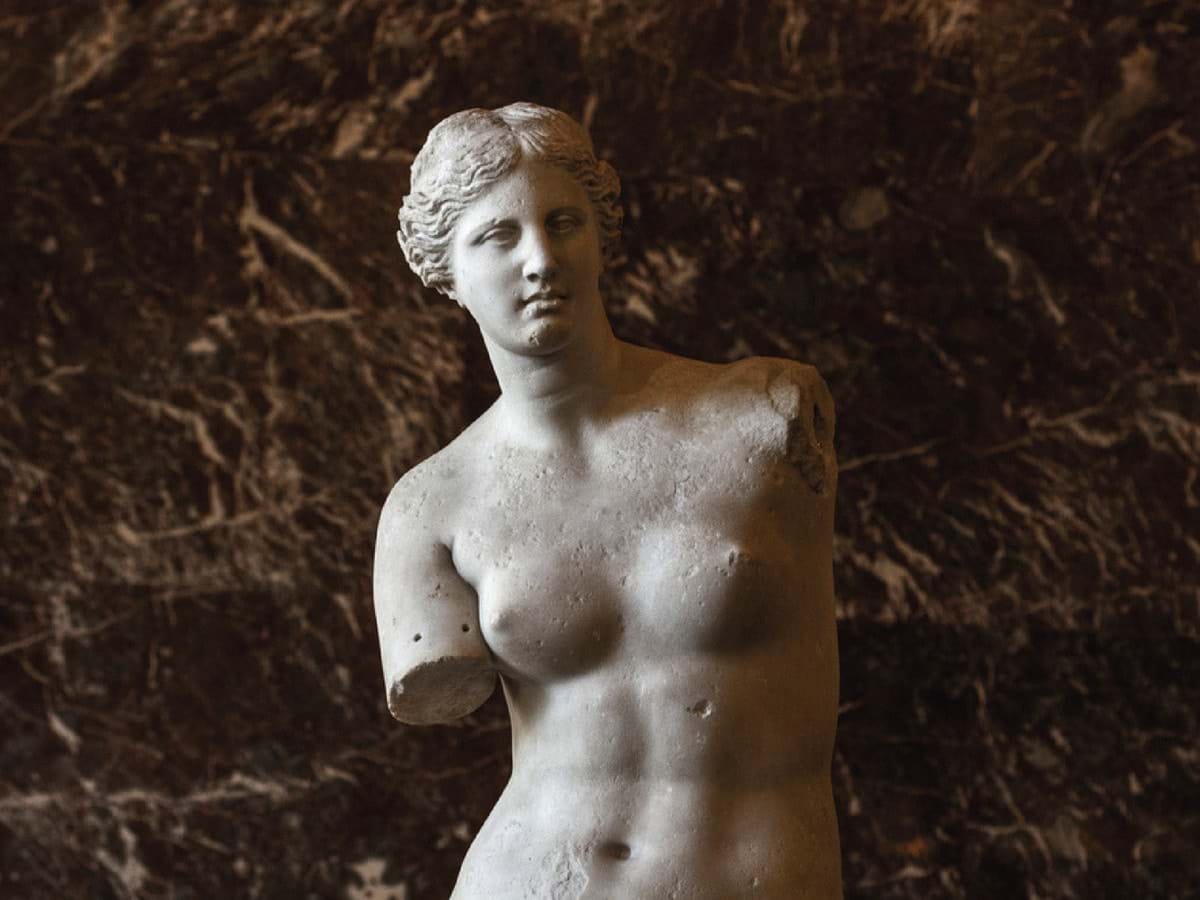 Sculpted around 150 BC by Alexandros of Antioch, Venus de Milo showcases a marble composition, and presents a woman in a classical S-curve stance. Due to her body shape and nudity, she is also believed to be a representation of the goddess of love, Venus. It’s simultaneously believed that she is Amphitrite, the goddess of the sea, based on the island where the sculpture was found. Located at the Aegean island of Melos in 1820, it was presented armless and in pieces to Louis XVIII, who went on to donate it to the Louvre in Paris in 1821. Inspired by Corinthian statues of the 4th century BC, it’s a fine example of traditional Hellenistic sculptural traditions. 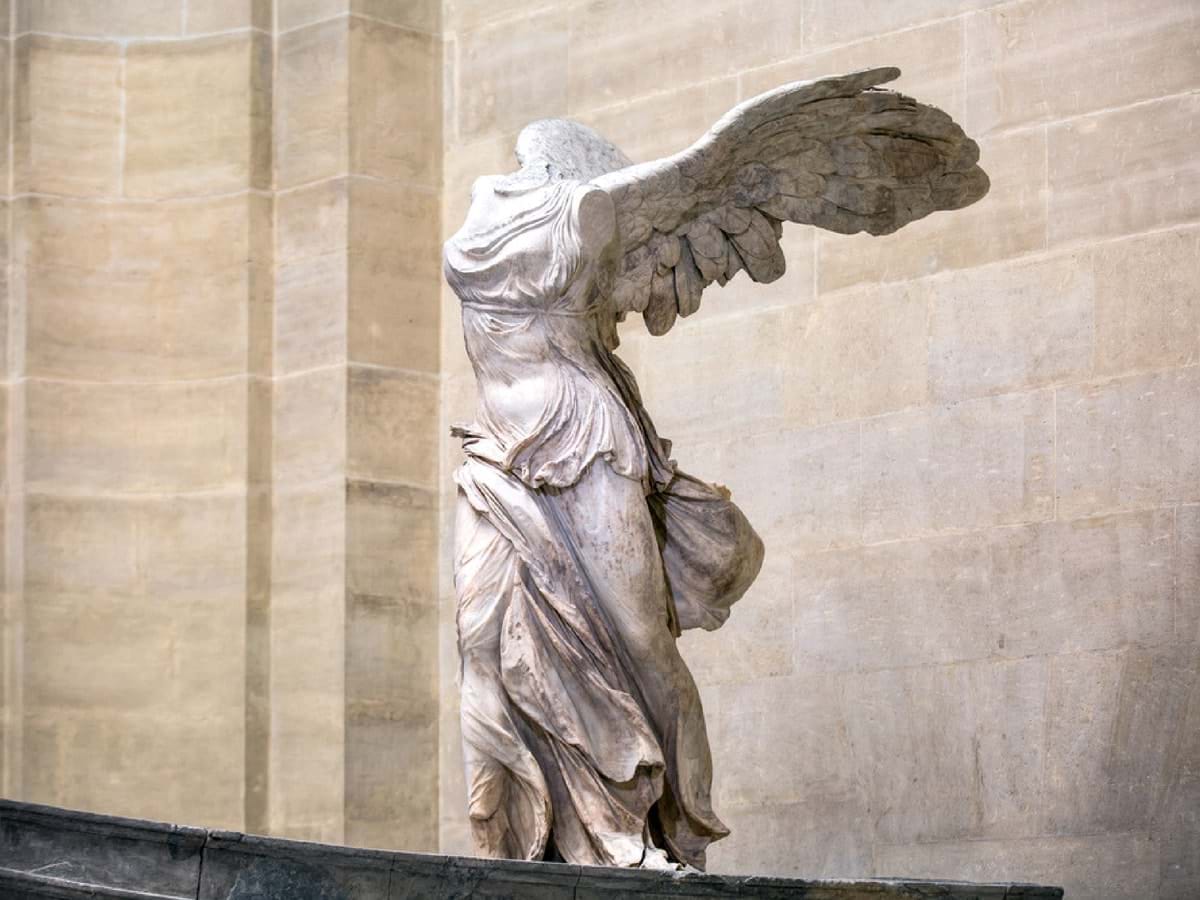 Known as one of the great masterpieces of antiquity, the Winged Victory of Samothrace was unearthed on the island of Samothrace by archaeologist Charles Champoiseau. Created from white Parian marble, the status showcases a large winged female figure. It was found in pieces, and the head and arms have never been recovered. Experts were unfortunately unable to identify the original sculptor but say that the statue was erected to commemorate a Macedonian general’s victory in a naval battle. It was sent to Paris in 190 BC, where it now resides in the Louvre. In the late 19th century, further fragments of the sculpture were located in Samothrace, such as a hand, fingers and the base that it stood on. They have since been sent to Paris and are now joined with the original sculpture, close to the Daru staircase. 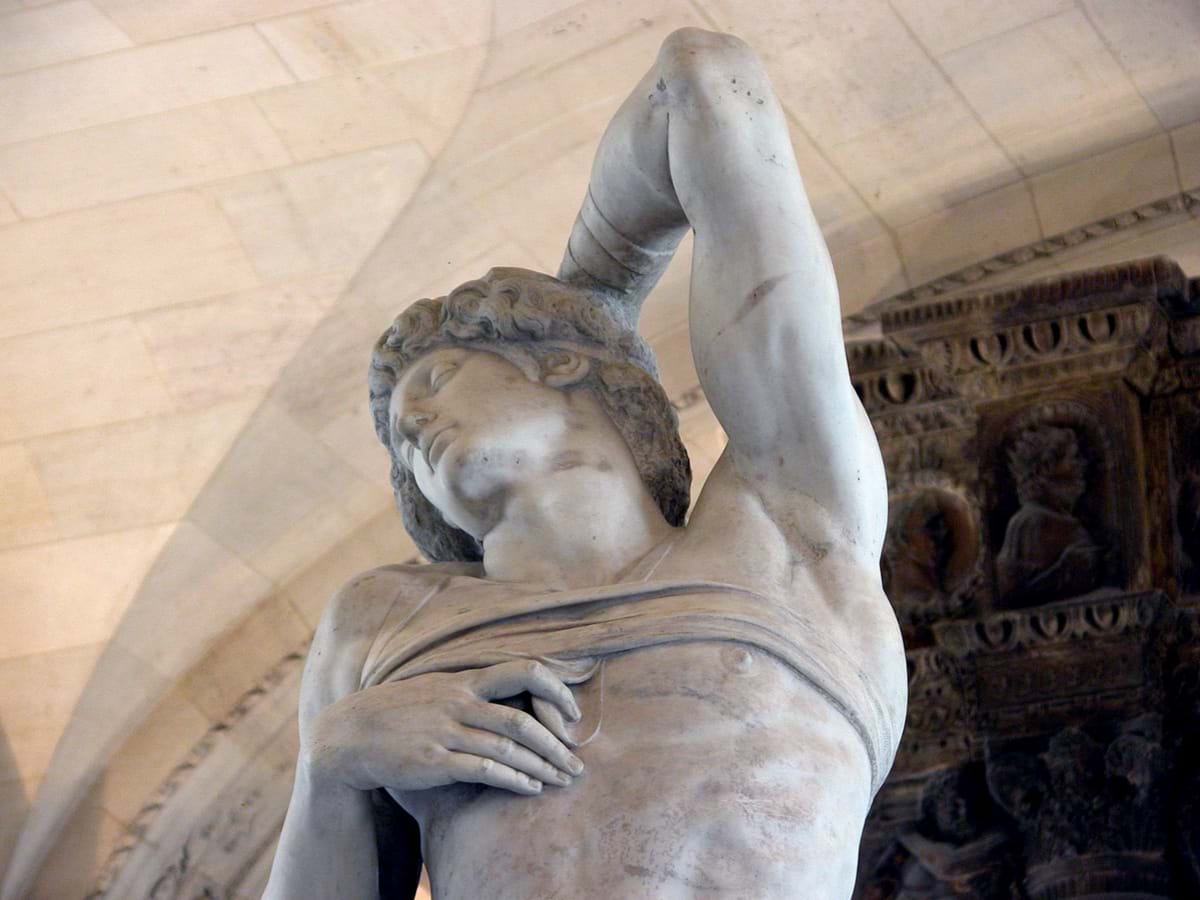 Originally created as part of the tomb of Pope Julius II, Michelangelo was commissioned to create a work that reflected the power and glory of Christianity. Hew worked for years to perfect his skills, learning from the ancient sculptors, as well as partaking in live modal drawings and dissecting human bodies. The Dying Slave represents the final moments before death, in which the last essence of life is quickly dissipating. It’s exceptionally detailed in design, with chiseled features throughout and particular attention paid to the binds that keep the slave captive. The statues were given to several French officials between 1546 and 1794, after which the became part of the French state and a part of the Louvre’s collection. 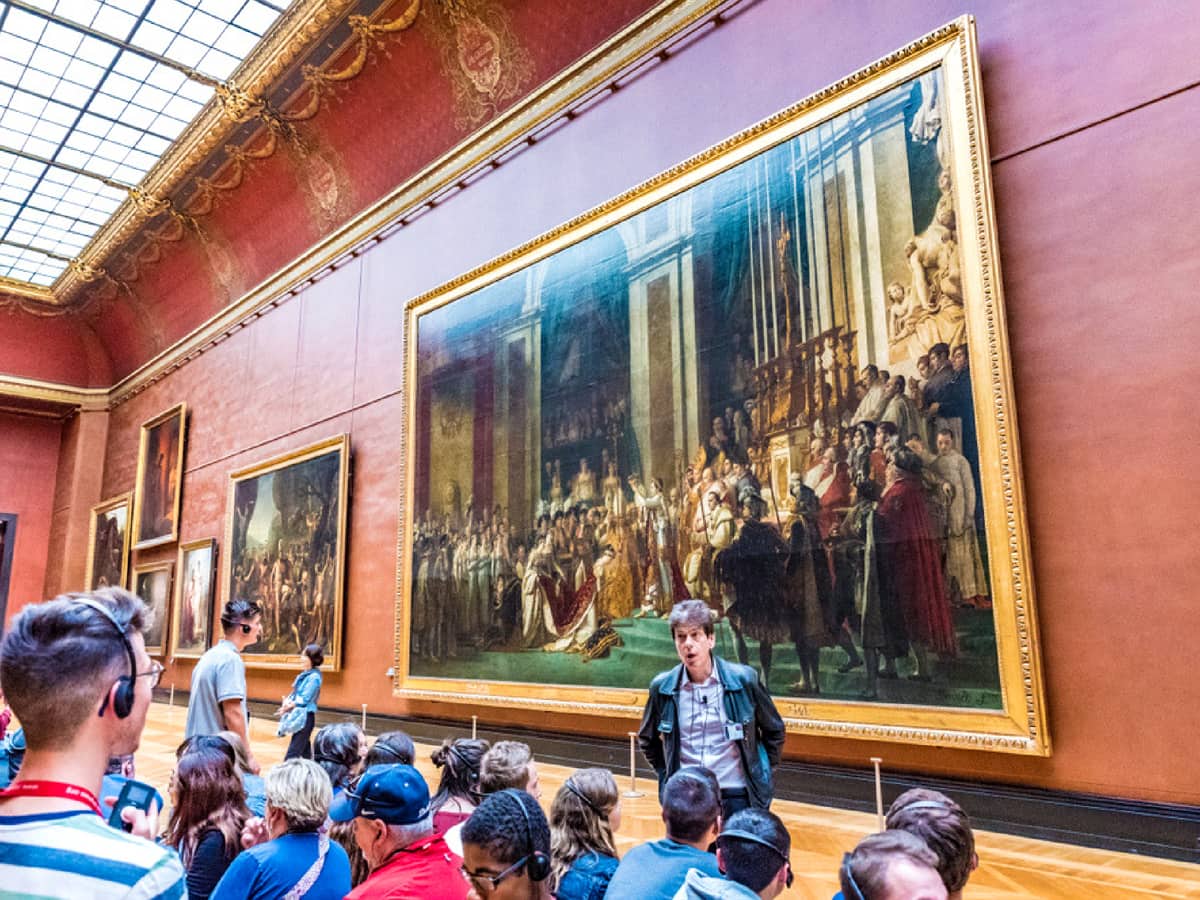 4. The Coronation of Napoleon

Completed in 1807 by Jacques-Louis David, the official painter of Napoleon, The Coronation of Napoleon depicts the coronation of the first self-crowned emperor of France, Napoleon Bonaparte. One of the largest works in the Louvre, it measures 32 feet long by 20 feet tall, and took just over two years to complete. Expertly detailed, the painting showcases 204 faces, including that of the painter as he was present at the event. It depicts Napoleon crowning his wife as empress following his own coronation, with Pope Pius VII present to bless him and the event. Following its popularity, it was moved around quite a bit – from the Royal Museums to the Chamber Sacre in the Palace of Versailles, and finally to the Louvre in 1889. 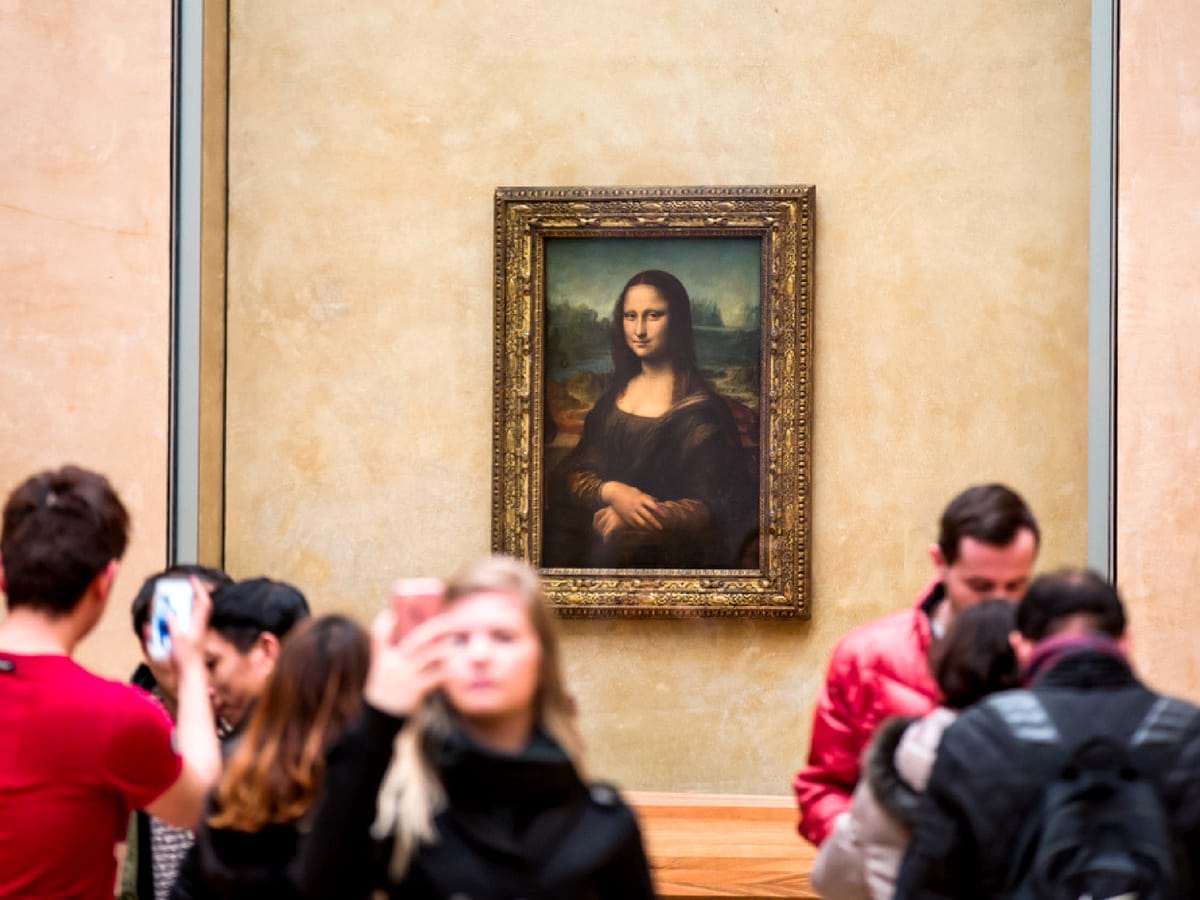 It wouldn’t be 5 incredible things to see at the Louvre without witnessing the Mona Lisa, now would it? Painted by Leonardo da Vinci in 1503, it showcases the painter’s famed sfumato technique. This painting has been endlessly popular for centuries, and the muted expression on her face is still debated to this day. A priceless piece, it rests in the Louvre in a temperature-controlled room behind a thick pane of glass, to preserve and protect it. If you’d like to know more about the Mona Lisa, we have an entire blog post dedicated to it for your viewing and reading pleasure!

The Most Beautiful Towns & Best Villages on the Amalfi Coast