The Louvre is one of the art world’s most cherished museums and, stretching across an area of over 650,000 square feet, it is also one of its biggest. This magnificent baroque-era palace is home to an incredible collection of 380,000 artworks. While some of these treasures are not on public display, the Louvre has an exhibit of about 35,000 objects. With such an astonishing wealth of masterpieces and artifacts on display it would be impossible to see everything on a tour of the Louvre. In fact, if you spent 30 seconds viewing each piece this magnificent museum has on display it would take you over 100 days to see everything!

So while we can’t promise you’ll get to see everything the Louvre has to offer we can help you ensure that you enjoy its best bits. From the world-famous Mona Lisa to the Winged Victory of Samothrace, here’s our guide to the 6 unmissable artworks you’ll find at the Louvre. 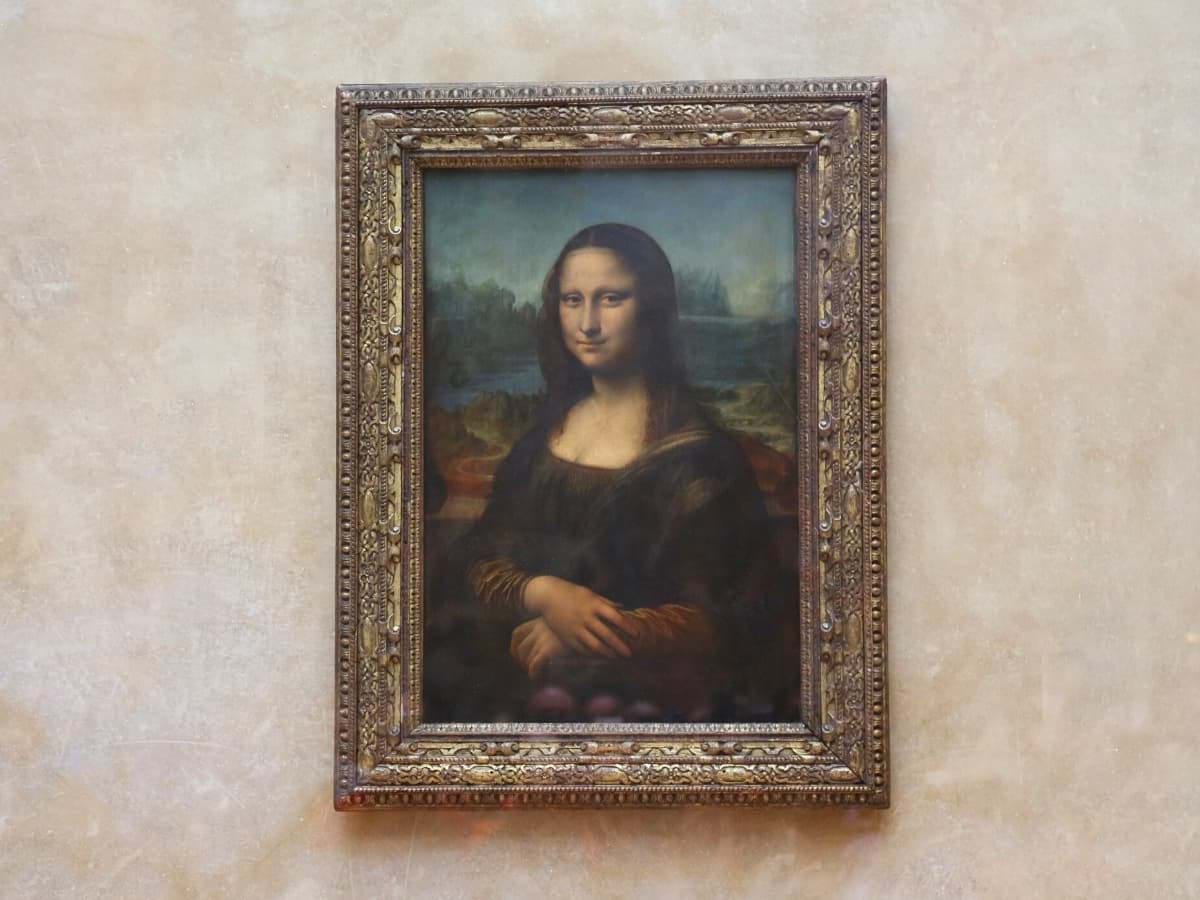 As one of the world’s most iconic paintings the Mona Lisa attracts 30,000 people every day and it's certainly a piece not to be missed as your tour the Louvre. Painted by Leonarda da Vinci between 1503 and 1506 and depicts the wife of Francesco del Giocondo

This painting has been endlessly popular for centuries, and the famed expression of its subject is open to interpretation even today. This priceless piece, it on display in a temperature-controlled room behind a think pane of glass, to preserve and protect it. While we certainly recommend a visit to this much-loved painting during a tour of the Louvre, be warned the painting is a lot smaller than you might imagine and the large crowds flocking to see it can make for a rather uncomfortable experience. Get a more relaxed tour of the Louvre as you visit the museums and its most remarkable treasures after the crowds go home during a Louvre evening tour. 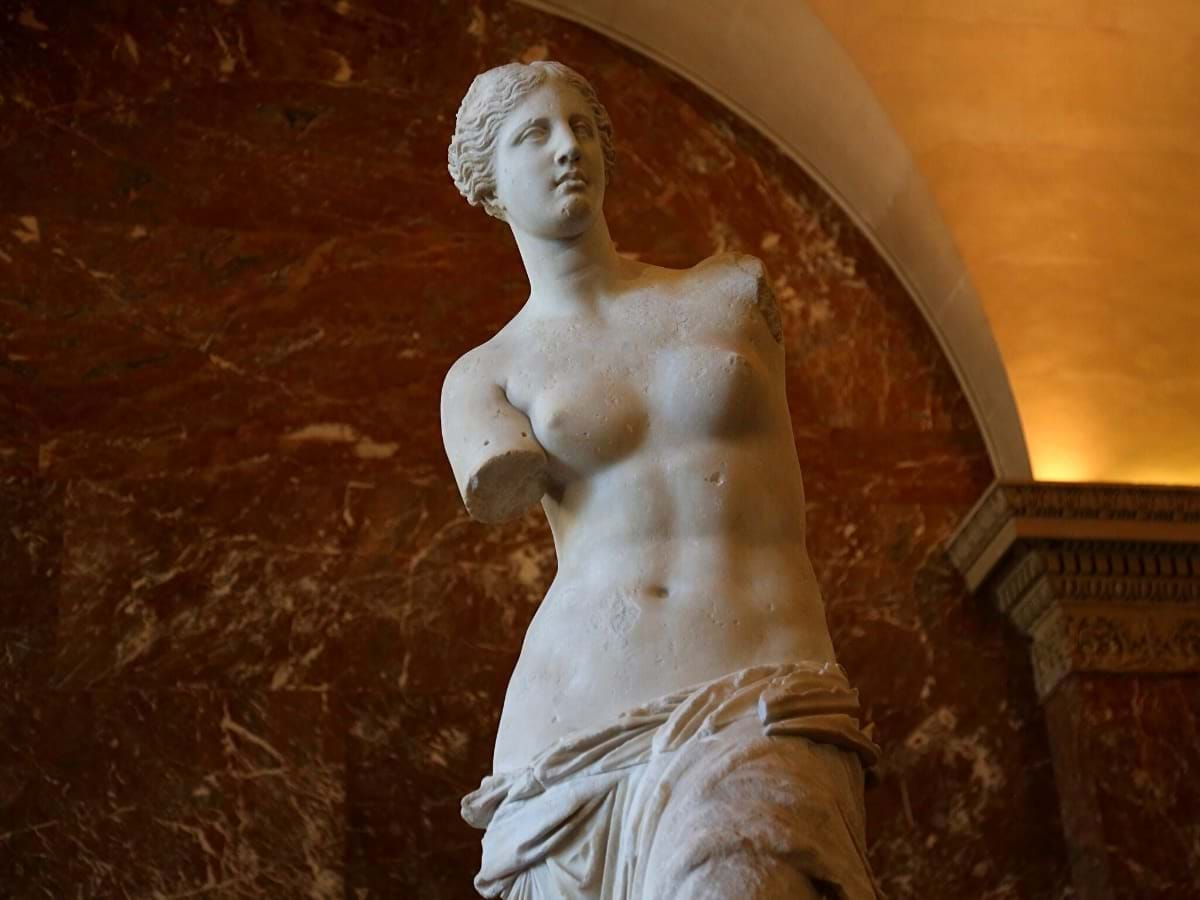 Along the Mona Lisa and the Last Supper, this is one of the most recognizable pieces of art the world has to offer. Dating back over 2,000 years, this iconic sculpture, and its noticeably absent arms, is one of the museum's most fascinating finds. It depicts a classical perception of female beauty. The nudity and stature of its subject suggest that this stunning piece may represent the goddess of love, Venus. Although, some believe that the statue represents Amphitrite, the goddess of the sea.

3. The Winged Victory of Samothrace 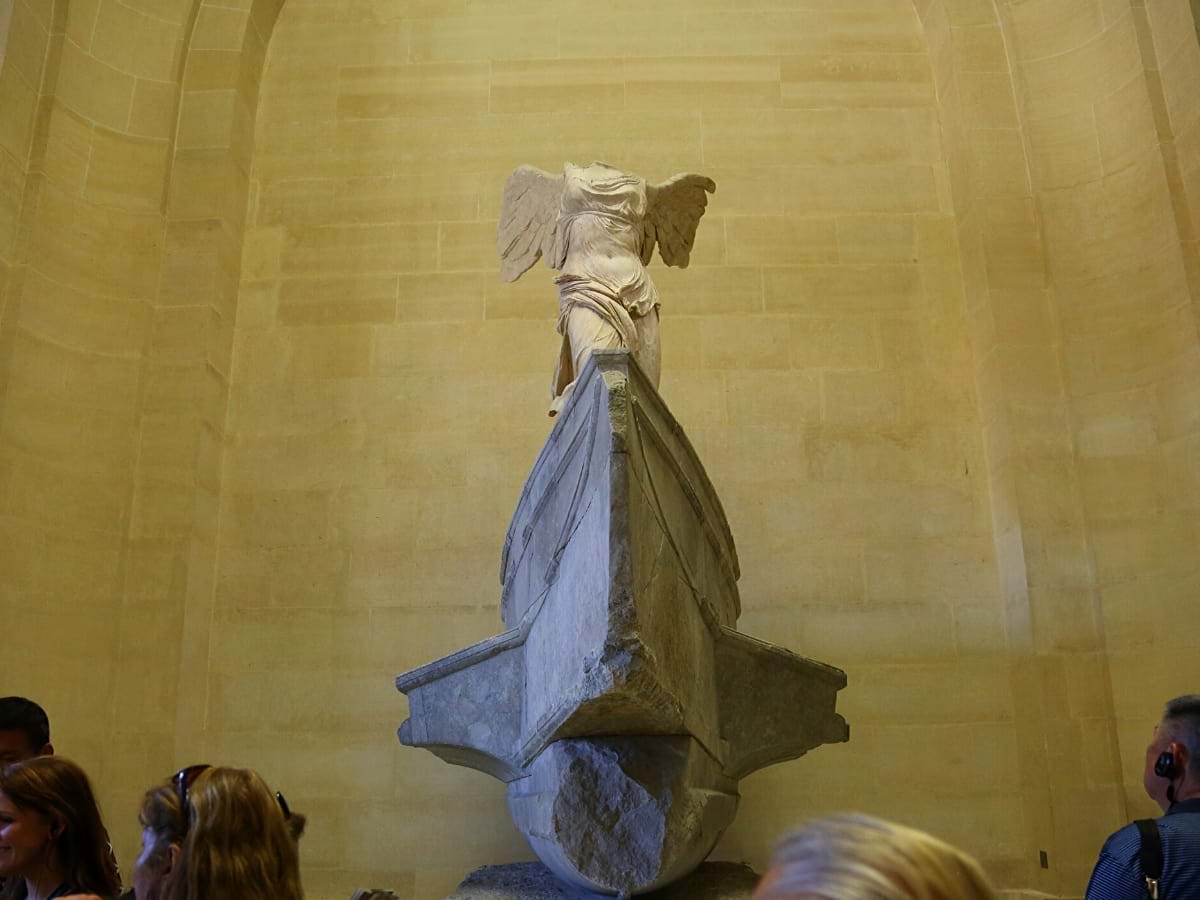 Doubtlessly one of the oldest and most influential statues in the world, the Winged Victory of Samothrace is a must see on your Louvre tour. If you’re a frequent visitor to art museums then you’ll be well accustomed to classical sculptures, carved from stone in the Greek style. Surprisingly, most of these statues were created by Romans as replicas of Greek originals. However, the ancient Greek originals are even older then their Roman copycats and are much, much rarer to come across. Only a handful of Greek originals survive today, and the Louvre’s Winged Victory of Samothrace is one of the best-preserved ones in the world.

Renaissance artist Michelangelo Buonarotti will forever be one of the art world’s most influential characters. Throughout his world-changing career he used sculpture and paint to bejewel the world we live in today. There are two of Michelangelo’s slave statues on display at the Louvre. These works were originally created to decorate the tomb of Pope Julius II and were designed to embody the power and glory of Christianity. This sculpture is exceptionally detailed, boasting chiseled features and life-like hands. The statues were gifted to French officials between 1546 and 1794 and are now a much-loved feature of the Louvre collection. 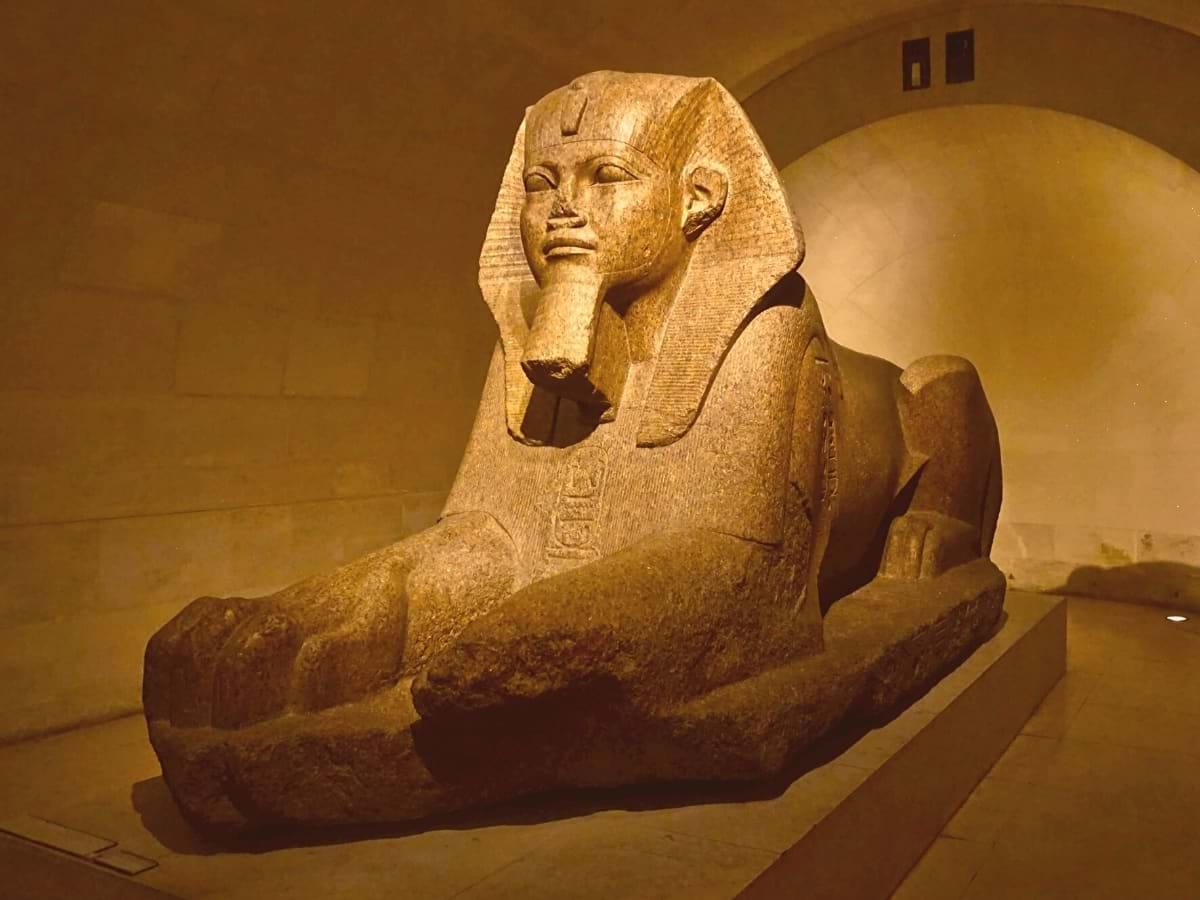 Find a little bit of Egypt in the heart of Paris as you stumble upon the Great Sphinx of Tanis at the Louvre. This ancient monument is one of the most unusual and unexpected sights you’ll feast your eyes on as you tour the Louvre. With the body of a lion and the head of the king, this sculpture gives us an insight into the ancient Egyptians Empire. It is inscribed with the names of some of this ancient civilization’s most prominent pharaohs including; Ammenemes II (12th Dynasty, 1929-1895 BC), Merneptah (19th Dynasty, 1212-02 BC) and Shoshenq I (22nd Dynasty, 945-24 BC). Archaeologists believe that this sculpture dates as far back as 2600 BC.

This sphinx is one of the largest sculptures of its kind outside of Egypt. It was found in 1825 under the rubble and ruins of the Temple of Amun at Tanis, Egypt. With precise detailing and polished surfaces, this impressive stone sculpture is an example of admirable craftsmanship from the ancient times. 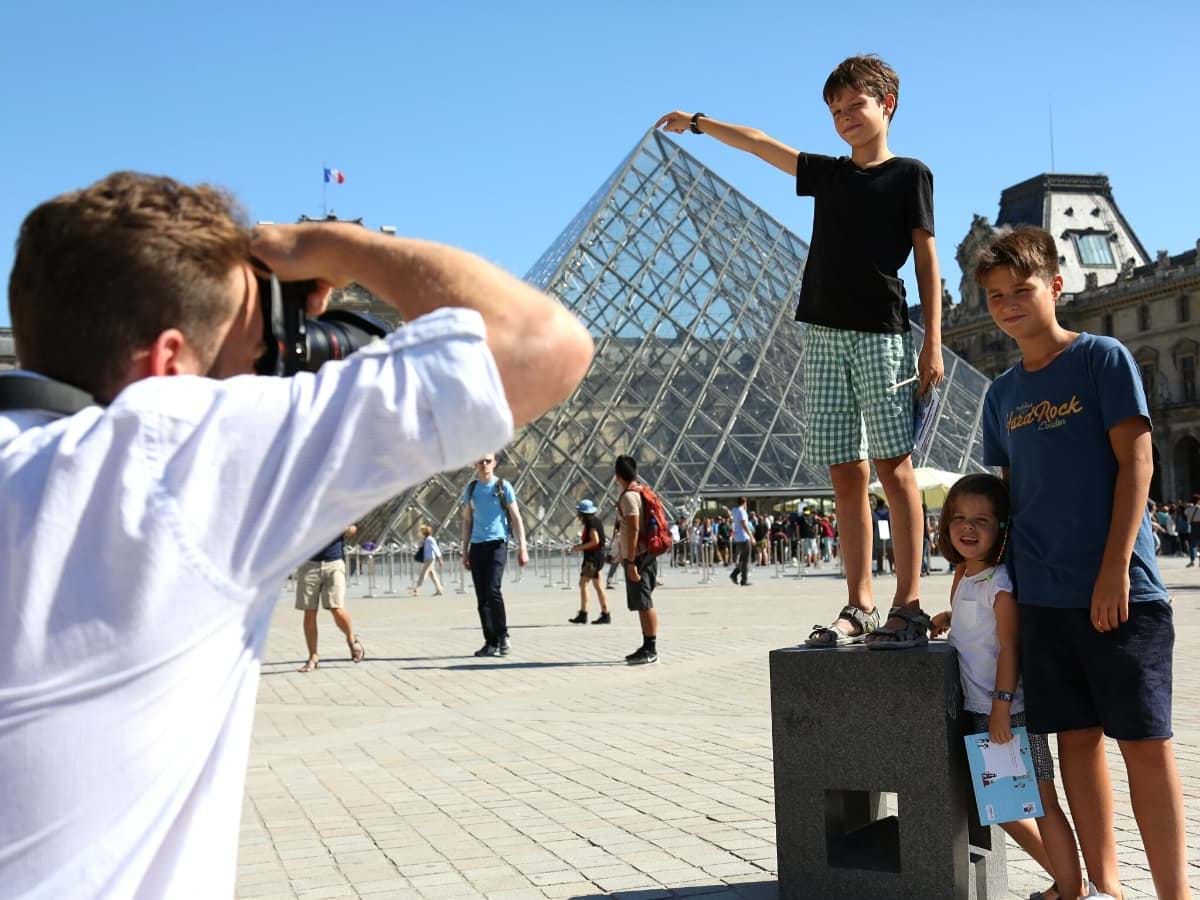 Continuing with the Egyptian theme, I.M. Pei’s Pyramid is another unmissable sight to see as you journey through the Louvre. Luckily for you, this gigantic glass sculpture, adoring the Louvre courtyard, is quite literally unmissable. Completed in 1984, this magnificent edifice towers 71 feet into the sky. Designed by Chinese American architect I.M. Pei, the steel structure was the source of much controversy when it was first opened to the public. Locals believe its modernist style, being in direct contrast the baroque design of the Louvre, was an eye sore and diminished the beauty of the original building.

Over time people became less critical of the pyramid, with many even relishing in the two contrasting styles of architecture existing side-by-side. Whether you like it or loathe be sure to not miss it on your tour of the Louvre.

You could spend days and days exploring the Louvre but if your time is limited on your Paris city tour then these 6 unmissable sights are a good starting point. Make the most of your precious vacation time in the City of Light with our skip-the-line access at the Louvre, on a day trip to Versailles from Paris and even on a tour of the Eiffel Tower. Experience one of the best cities in the world with these best Paris tours.

4 Top Sights to See at the Colosseum