4 Top Sights to See at the Colosseum

Did you even go to Rome if you didn’t visit the Colosseum? No Roman structure is more iconic than this ancient amphitheater. Its magnitude, design and resilience has been the source of fascination for centuries and represent the glory, power and might of the Ancient Roman Empire. With construction commencing in 72 AD it took the people of ancient Rome just eight years to build this magnificent beast, which outshines the structure and form of even our modern day buildings. Walk in the footsteps of gladiators and discover the Colosseum’s most interesting sights on a Colosseum guided tour. Whether you want to emerge through the triumphant gladiator’s gate or explore the hidden tunnels beneath the arena floor, discover the most fascinating features of this ancient amphitheater in the company of an expert guide and let this blog post help lead the way. 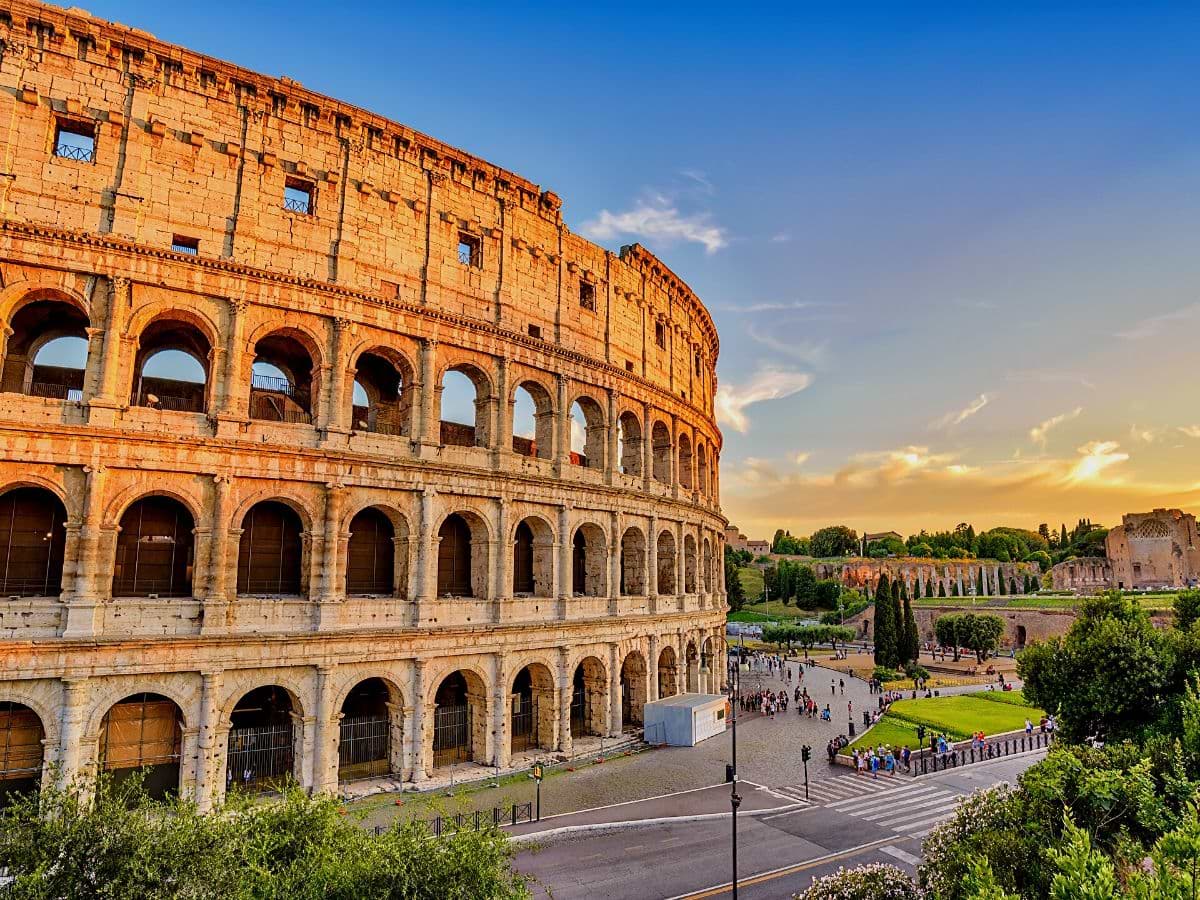 Whether you take a guided tour of the Colosseum or just stop by to admire the view from the outside, the first and one of the most impressive features you will see is the outer Colosseum wall. While parts of the Colosseum were destroyed over time this magnificent edifice once measured 186 meters long and 156 meters wide - making it oval in shape. The outer wall stands 57 meters tall and was constructed using travertine marble. These large blocks of marble were held together using iron clamps instead of mortar. Centuries and several earthquakes weakened the structure and the south side of the outer wall collapsed in a massive quake in 1349.

The debris from the collapsing structure was reused to construct buildings and monuments throughout the Eternal City. You can get your picture-perfect shots of the Colosseum’s peripheral wall from the north side of the structure. Be sure to keep an eye out for the roman numerals over each entrance arch on the north side too. These numbers were used as part of the ticketing system for spectators to the gladiator games. 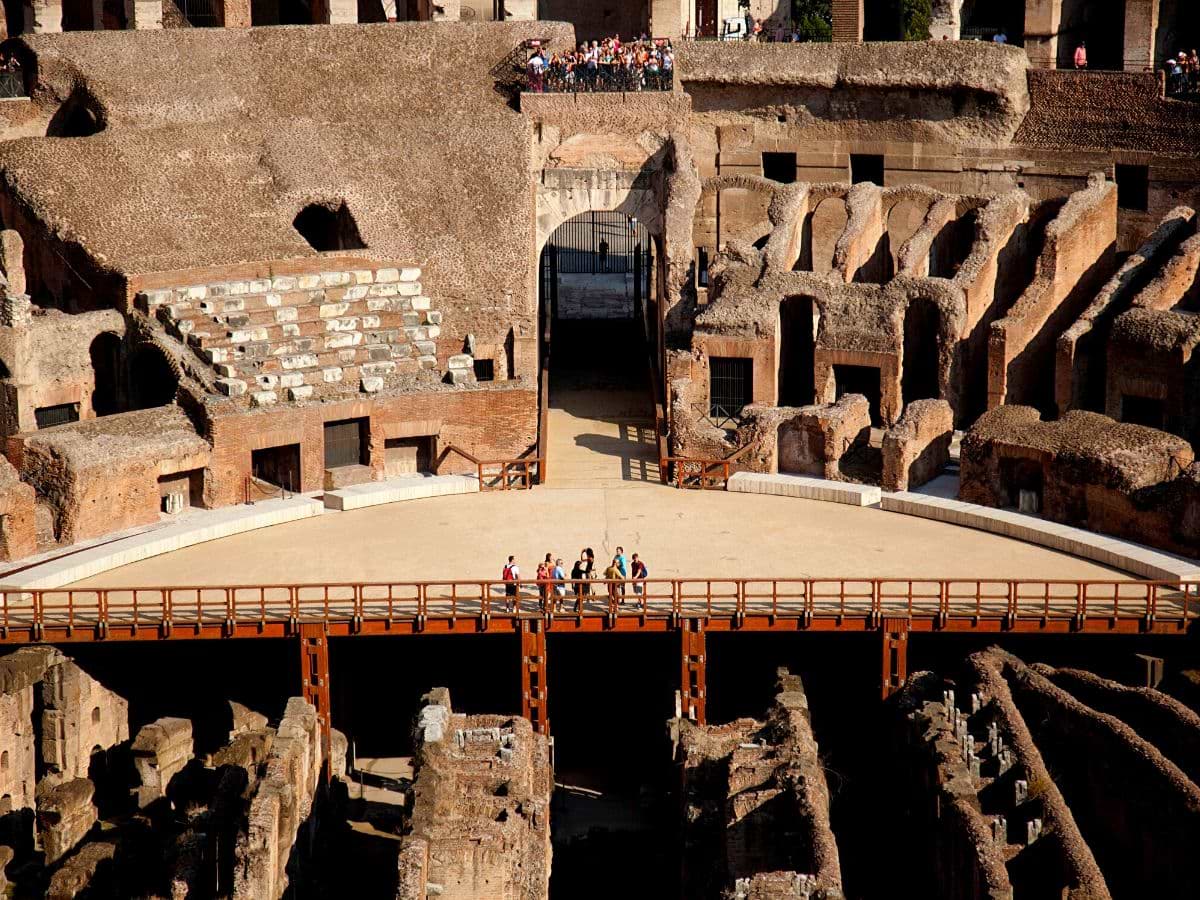 You’ll emerge onto the arena floor where you’ll be met with the sight of tier upon tier of seating, where blood-thirsty spectators once looked-on. Just imagine the fear and adrenaline that would be running through a gladiator’s veins when they stepped out onto this sanded floor to meet their fate. You are sure to hear echoes of the screaming spectators as you explore the structure’s magnificence from a totally novice standpoint. Be inspired at your mind takes in the engineering prowess of what was once the world’s largest amphitheater, from this unique 360-degree perspective. 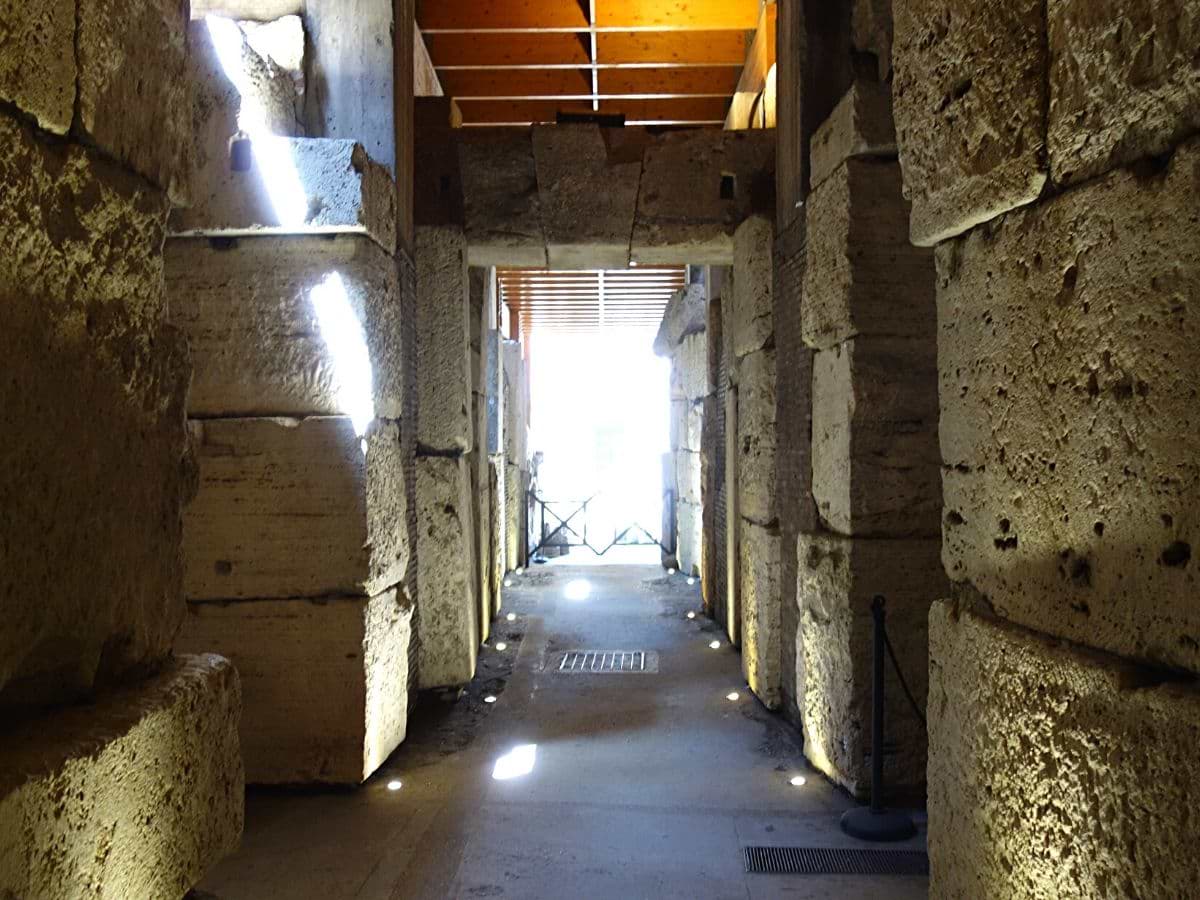 The Colosseum is an iconic landmark above ground, but it’s even more fascinating when you submerge yourself into the dark tunnels below its arena floor. Don’t just visit the Colosseum, delve beneath is as you navigate your way around the intricate passageways deep within the structure’s foundations on a tour of the Colosseum underground. Often referred to as the ‘backstage’ of the Colosseum, these underground tunnels are where gladiators and wild animals were encaged before they were summoned to emerged onto the arena floor for battle. Exotic animals were captured by Roman soldiers as they conquered faraway lands and were brought back to the Colosseum to fight. These exotic creatures were the source of much entertainment and intrigue for spectators and reinforced the strength of the Roman Empire and the wealth of regions that was now under its reign.

During the glory years of the Colosseum there were 36 trap tours connecting the Colosseum underground to the arena floor. These trapped doors would be covered over with sand so that spectators couldn’t see them. When a gladiator or beast was summoned to fight, they would emerge onto the arena floor via a trap door. As the door opened it would send a cloud of sand into the sky adding to the surprise and excitement of the eagerly awaiting audience. 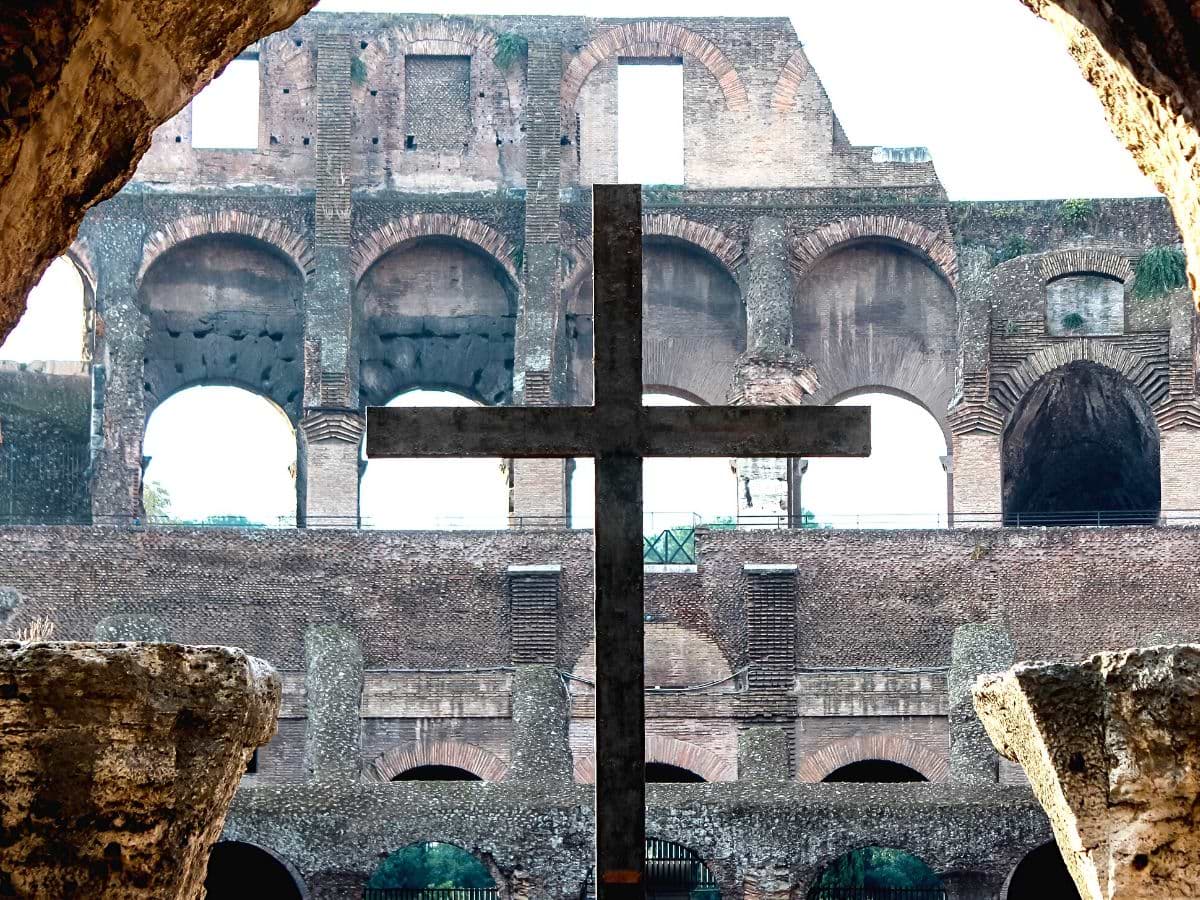 Whatever tour of the Colosseum you decide to take be sure to keep an eye out for the Emperor’s seat, or should we say seats, as you explore. As with many things in Ancient Rome, where you sat in the Colosseum was determined by your status in society. The best seats where located on the 1st tier and were reserved for Senators. Behind them sat the important state officials. The next section was designated for ordinary citizens and Roman soldiers. Finally, the highest tier of the Colosseum is where the slaves and women were sat.

Needless to say, the Emperor had the best seat in the house. His private box was located right in the middle of the stadium on the ground level, so he could have an up-close view of all the action. But he didn’t just have one seat, he had two. He had a seat on both sides of the arena so that depending on what time of the day it was he could watch the gladiator games without getting the sun in his eyes.Today. The Emperor's box is marked with a crucifix so it is easy to spot. This Christian symbol was erected in 1749 when Pope Benedict XIV declared the structure a church.

Make the most of your time in Rome with a Colosseum guided tour. With skip-the-line access on all our Colosseum experiences you won’t have to waste your precious vacation time in long lines either!