We’re all well familiar with the Colosseum. But what about its neighboring ancient city of ruins? The Roman Forum might not be as iconic or picturesque as the enormous ancient amphitheater that towers high above it, but it sure is as fascinating. Complete with sacred temples, a bustling marketplace and controversial courthouses, the Forum was the central hub of activity in Ancient Rome and definitely a Rome tour worth adding to your bucket list. If you don’t have time for a day trip to Pompeii from Rome during your time in the Eternal City, don’t worry – the Roman Forum invites you walk the streets of the ancient empire and uncover the traditions of the citizens that called it home.

The land on which the Roman Forum was built was once a swampy Etruscan burial ground. The site was drained in the 7th century BC and developed into a thriving metropolis, embodying the power and wealth of the empire that rose up within its walls. Although, to the naked eye this once booming town center may look like a field of rubble, it doesn’t take much imagination to bring this historic urban space back to life. To help you envisage the importance of this city center to the Roman community we’re taking a look at life at the Roman Forum.

1. It was created by a sewage system 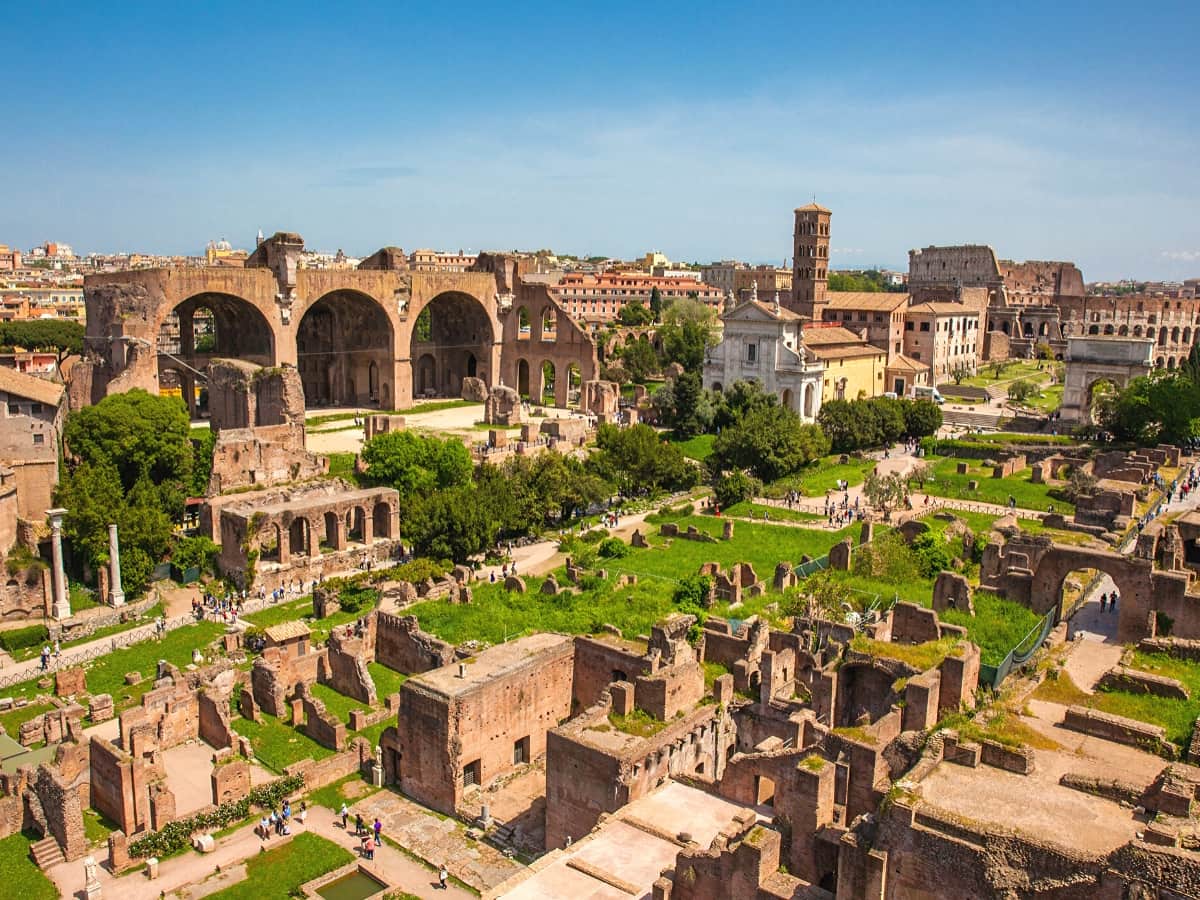 The Roman Forum is created in a small valley between the Palatine and the Capitoline Hills. It might surprise you if you ever took a tour of the Colosseum and the Roman Forum that this area was once a low-lying, wetland and certainly not suitable as the foundations for the greatest empire of the ancient world.

It wasn’t until the construction of the Cloaca Maxima, the greatest sewer of the ancient Roman empire, in approximately 600 BC that the area began to develop. This sophisticated sewage system drained waste and water from the marshy region, piping it to the Tiber River.

2. It was a bustling town center

As the region was drained, development began on the area. Soon the Roman Forum became a bustling hub of activity and a meeting place for the Roman people. It served as a public area in which commercial, religious, economic, political, legal, and social activities occurred. Do yourself a favor on your trip to Rome and visit the Forum in the company of an expert, English-speaking guide. With commentary from your guide you can identify this metropolis' most fascinating sites. From the dentist surgery where teeth were discovered during an excavation in 1987 to the triumphal Arch of Titus, take a walk through history at this phenomenal archaeological site.

3. The Curia, the house of the Senate 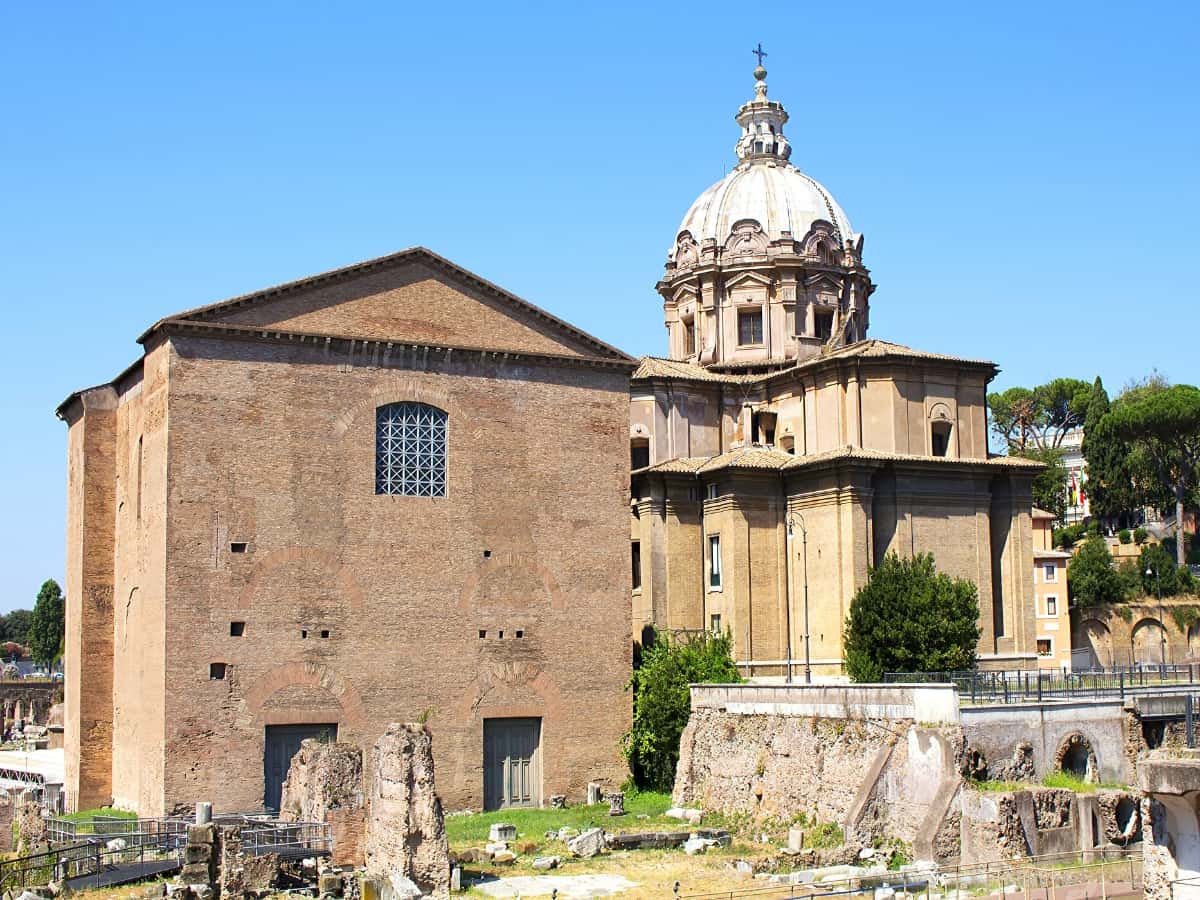 The Roman Forum was an integral part of the everyday life in the empire. At the Forum business deals were negotiated, debates were had and all major discussions concerning the city were made. Senators were selected to led and guide this ancient society, and their meeting place was the Curia.

The Curia of the Roman Senate is one of the Forum’s best-preserved buildings. It was first built in 29 B.C. but due to frequent fires and other damages the building was rebuilt several times during the course of its history. It has a simple, unornamented façade and its main chamber could sit 300 senators at any one time.

4. It's where Julius Caesar was cremated 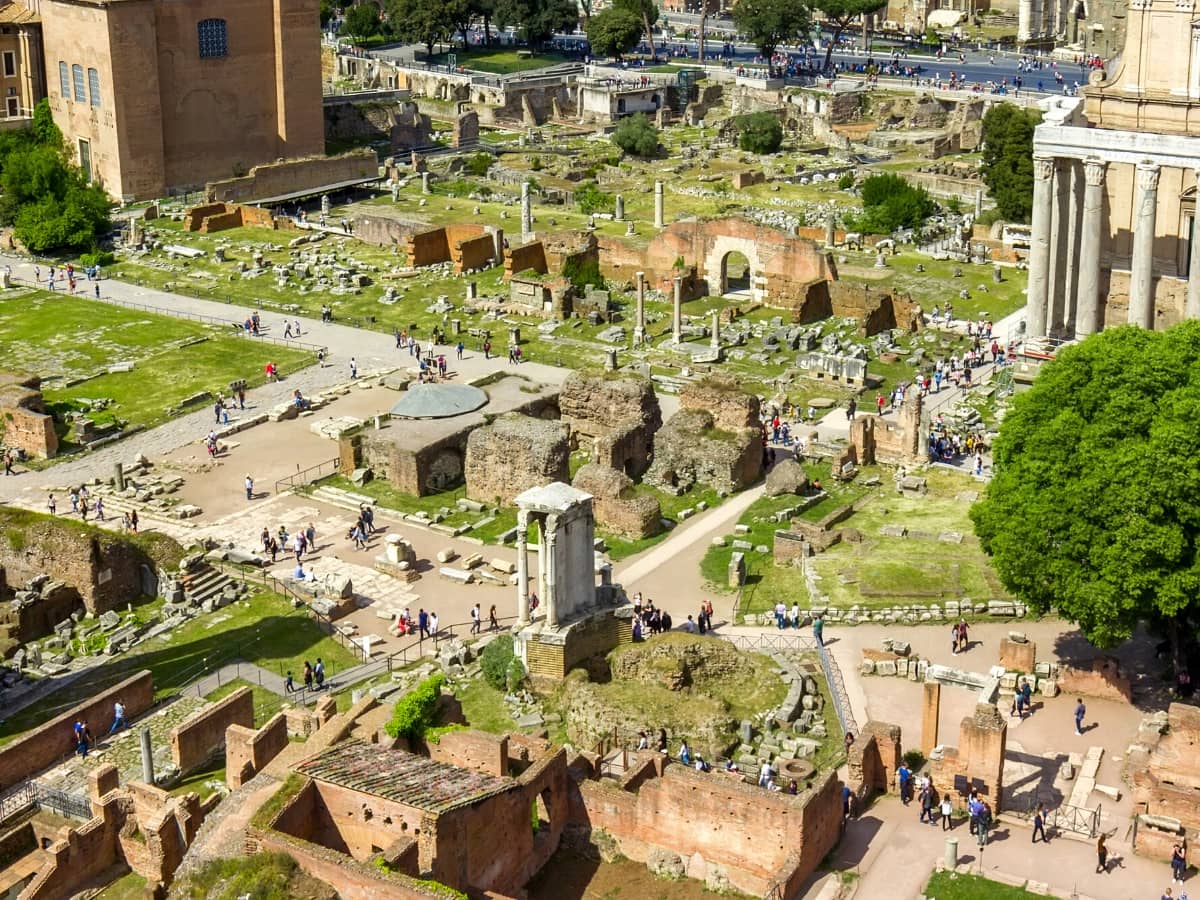 The Temple of Caesar

The Temple of Caesar is a must-see on a tour of the Roman Forum. This shrine was built in honor of the politician who was assassinated on the steps of the Theater of Pompey, in 44 B.C. Although it is often referred to as the place where Caesar is buried, it is in fact where his remains were cremated. Today, the temple is in ruins but visitors to the Forum still leave flowers and pay tributes in memory of Ancient Rome’s most renowned dictator.

5. It was a home for the Vestal Virgins 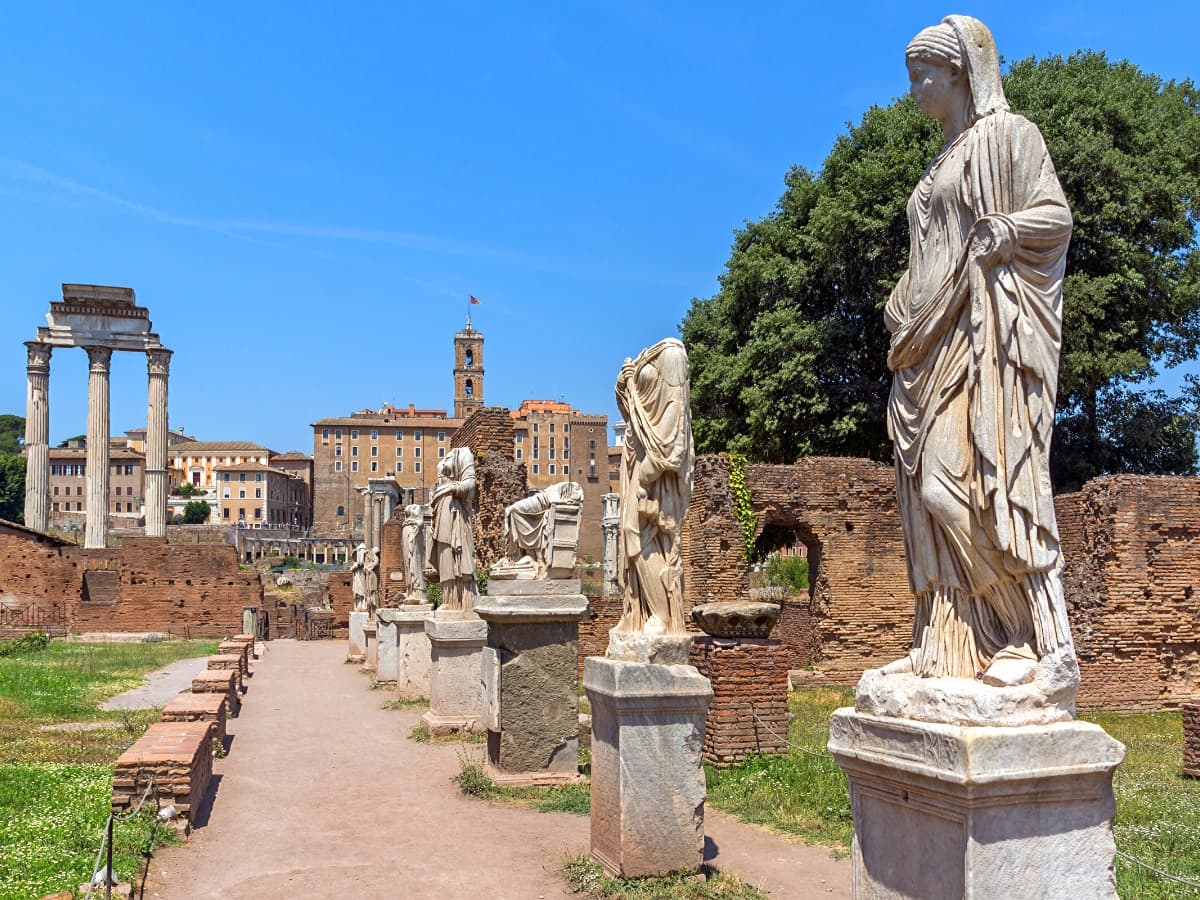 The House of the Vestal Virgins

One of the most sacred places in the Forum is the Temple of Vesta. This enchanting temple housed the Sacred Fire, the flame of which was safeguarded by the Vestals, who were tasked with ensuring that it never burnt out. These Vestals were a group of six priestesses, chosen from the most affluent families of Ancient Rome. This eternal flame was crucial to the society of Ancient Rome. On the first day of every new year, Roman’s put out the fires in their own home and relight them from the flames of the temples of Vesta. It is believed that this tradition would bring good fortune and health to the people of the house.

Neighboring the Temple of Vesta was the House of the Vestal Virgins, built by the same creator as the temple Septimius Severus. The House of the Vestal Virgins is a great place to visit on your tour of the Roman Forum as its remaining ruins provide a fascinating insight into the floor plan of this sacred site. In the courtyard of the house you’ll find statues of the chief vestals with inscriptions of their virtues on the pedestals.

6. You can visit on a Colosseum tour

If you’re booking a guided tour of Colosseum be sure to book one which includes a tour of the Roman Forum as well. The Roman Forum offers a fascinating insight into the daily life of the people that called this empire home and it one of the best places to experience the magnificence of Ancient Rome, right in the heart of the city.