A Guide to France’s Châteaux

If there is one thing the French love more than snails and croissants it’s châteaux. Of course, everything about France oozes elegance and sophistication and their most cherishes castle are no different. A far cry from the ruined, desolate castles from the medieval times, these French châteaux are a simply stunning insight into the lives of France’s rich and royals through the ages. While the majority of France’s most loved palaces are located in the countryside, away from the hustle and bustle of the city, you can still enjoy exploring these stunning residences on a day trip from Paris. From the iconic bridge like structure of Château de Chenonceau to the splendor of Versailles, here’s a guide to the French castles and palaces you can’t afford to miss while on vacation in Paris. 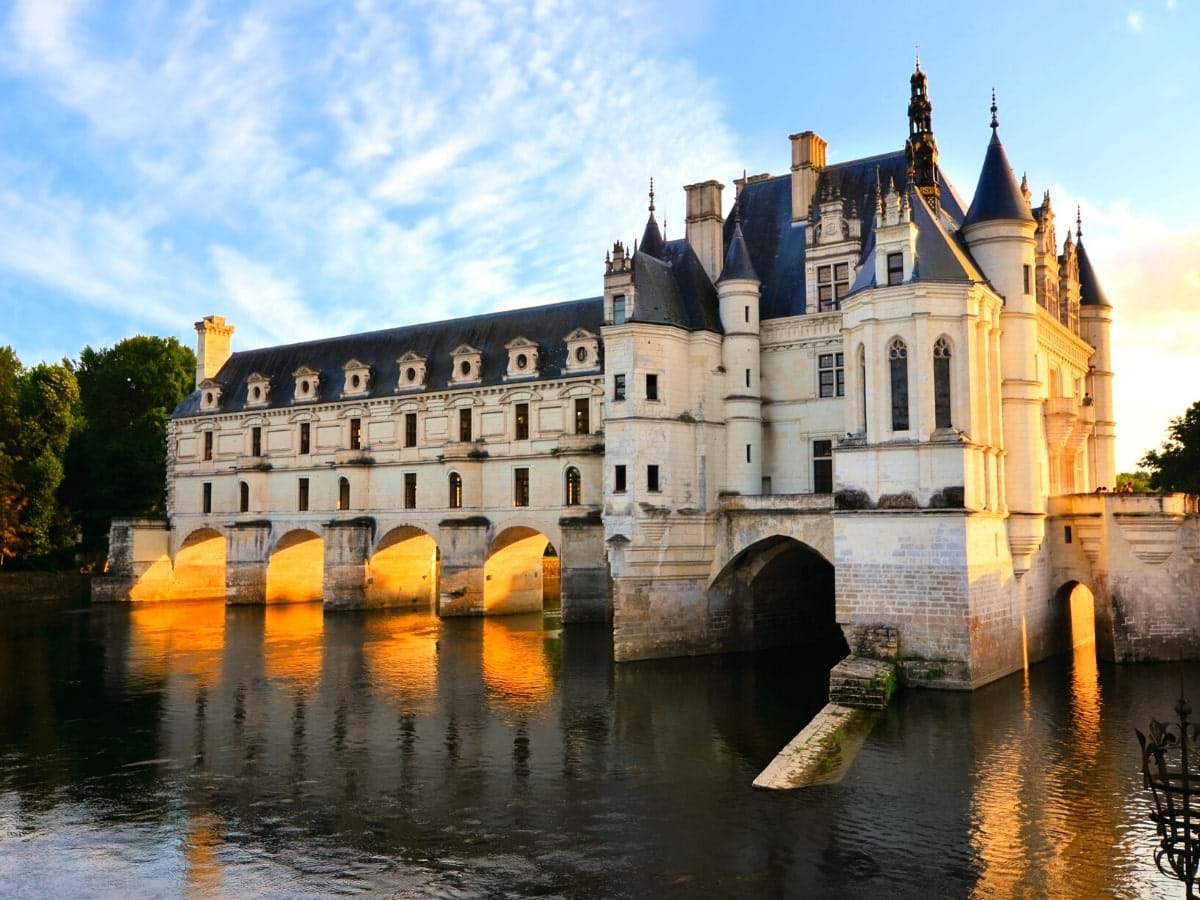 The Loire Valley is an area of the French countryside, not far from Paris. It spans 170 miles and is fondly referred to as the Garden of France, deriving this nickname from the number of vineyards and fruits orchards in operation in the region. However, this valley attracts a lot more than farming. Its stunning landscape became the focus of Kings, queens, dukes and nobles through the course of French history and today the valley is adorned with the opulent estates of the country’s aristocrats.

Château de Chenonceau is one of France’s most iconic and most visited castles. It is located in the idyllic Loire Valley, surrounded by many equally spectacular estates. However, unlike its neighboring castles, this château is masterfully built to bridge the banks of the River Cher. Chenonceau is often nicknamed ‘the ladies Château’ as it was largely inhabited by women throughout history, and so a woman’s touch played an influential part in the design and form of this magnificent castle.

In 1512, a Chamberlain to the King named Thomas Bohier acquired the remnants of small fortress by the River Cher. He decided the replace the existing structure with a ‘Renaissance’ style residence. As Bohier spent a great deal of his time away at war, he left his wife Katherine Briconnet in charge renovations. Briconnet's keen eye and excellence taste played a massive role in the main structure of Château de Chenonceau that so many adore today.

As years past this stunning edifice was returned to the monarchy to pay off debts. King Henri II then gifted the castle to his mistress Diane de Poitiers. The famed bridge at Chenonceau was built under her request. However, after Henri II past away his wife, Catherine de Medici, forced Diane out of the house. Under Catherine’s reign a ballroom and gallery were added to the bridge structure. This spectacular feat of architecture must be seen to be truly appreciated. With round trip transportation and an expert guide, visit this monumental château on a day trip from Paris. 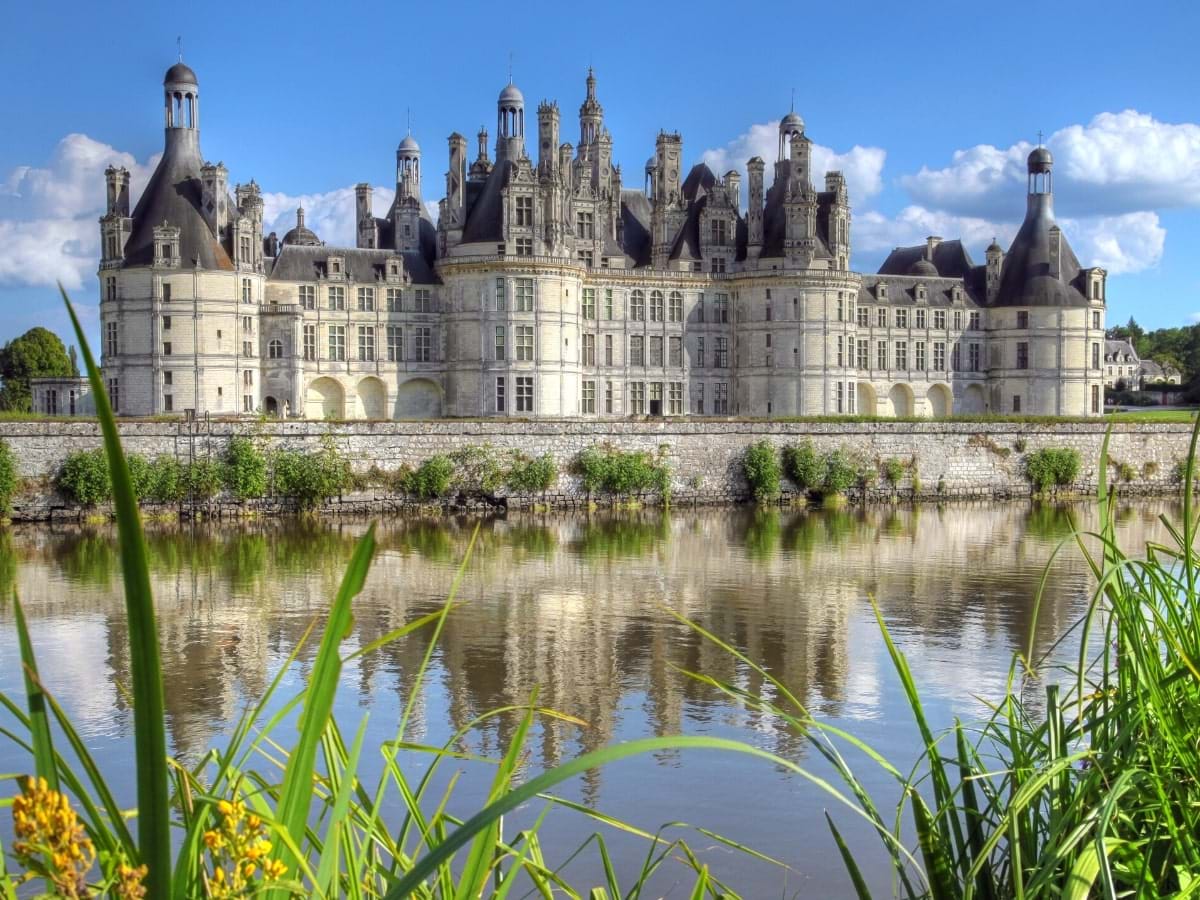 Another jewel of the Loire Valley is the Château de Chambord. This castle is the largest of all the Loire Valley estates. The Renaissance style structure was used as a royal hunting lodge, as far back as 1519. It was commissioned by King Francis I and was favored by French kings who were partial to hunting, such as Henry II and Louis XIV. It wasn’t just royalty who were enchanted by this castle, however. If you’re lucky enough to visit Chambord on your tour of Paris, you might be struck with that old familiar déjà-vu feeling. That’s because there’s a good chance you have seen this stunning castle before. In a Disney movie perhaps? That’s right, Château de Chambord was the inspiration for the Beast’s enchanted castle in the movie Beauty and the Beast.

This movie-star castle comprises of 426 rooms, 83 staircases, 282 fireplaces. 60 of its rooms are on display to the public and are elegantly refurbished to represent the original opulence of the château.

Almost as spectacular as the interior of the castle, are its surrounding gardens. The park of Château de Chambord is as vast as the inner center of Paris. Stretching a formidable 5,440 hectares and enclosed by a stone wall, the park of Chambord is the largest enclosed park in Europe. Its is home to a rich array of exotic flora and fauna with you can witness for yourselves as you explore Château de Chambord and a fraction of its surrounding parklands on a Loire Valley day trip from Paris. 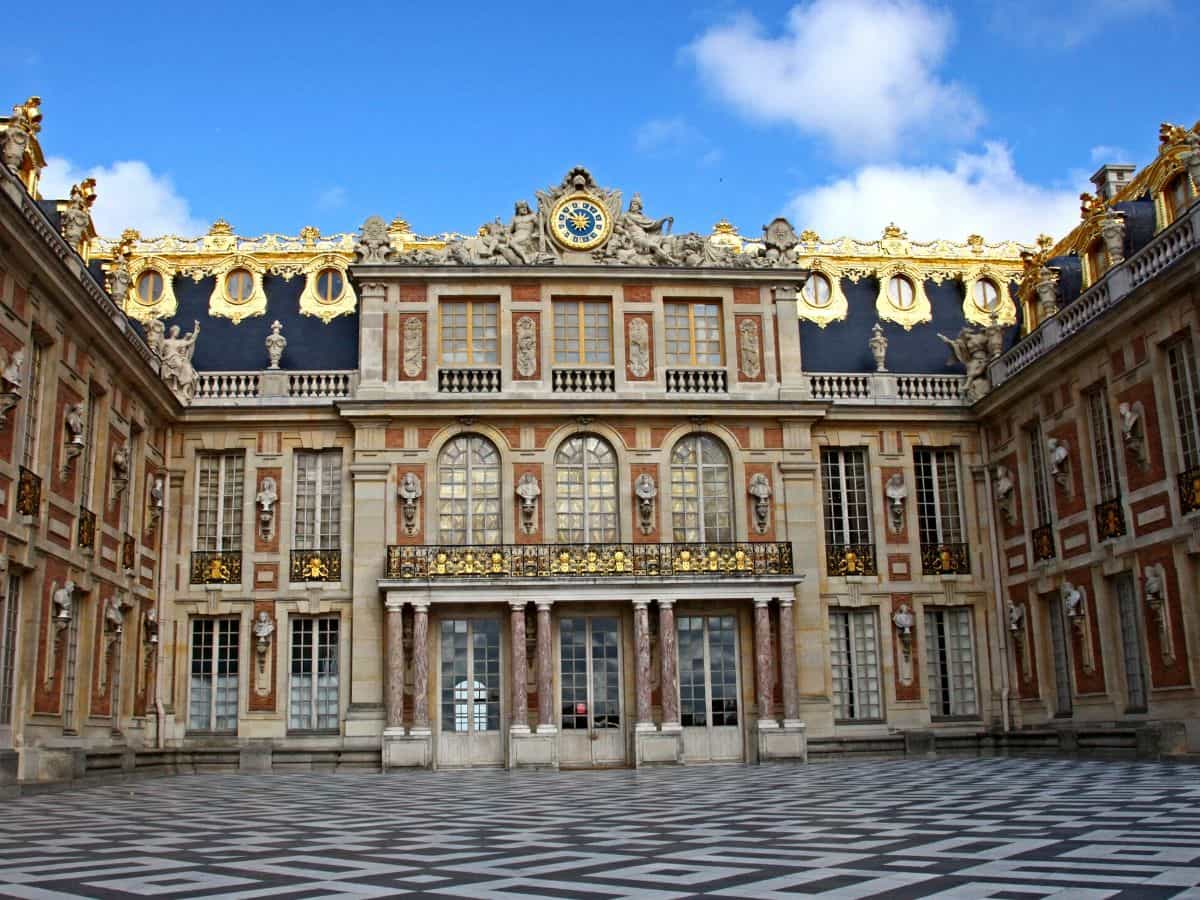 More a palace than a castle, the Palace of Versailles is truly a beauty to behold during your Paris tour. This opulent palace was the former royal residence of France, located just a short journey from Paris city. Its style and opulence have captured the imagination of the public for centuries. Before it was a royal residence, a smaller, less spectacular château stood where Versailles stands today. This original castle was used as a royal hunting lodge. It wasn’t until the reign of Louis XIV that the Versailles we know today was erected. Versailles was built to impress and under the request of Louis XIV it reflected his own passions and beliefs as the Sun God.

Despite being a creation of the Sun God himself, life at the palace wasn’t always sunny and in 1789 the French Revolution forced Louis XVI to leave Versailles for Paris. The palace would never again serve as a royal residence and was assigned a new role in 1837 as the Museum of the History of France. Today, the rooms and galleries of Versailles are dedicated to housing exhibitions of paintings and sculptures representing influential characters and important events that had marked the history of France. Embrace your inner royal as you walk the corridors of this spectacular palace of living history and marvel at its stunning gardens. In the company of an expert guide, relive the world-shaping events that took place in this magnificent palace on a Versailles day trip from Rome.

Your tour of Paris can take you much further than the Eiffel Tower and Louvre. Discover the stunning architecture and opulent estates of France’s most influential characters as you escape the hustle and bustle of the city and explore France’s breath-taking countryside.

6 Things to do in Paris on a Rainy Day