Looking to escape the hustle and bustle of London and immerse yourself some magic and mystery? Then look no further than a day trip to Stonehenge. Stonehenge is one of the most famous and thought-provoking structures in the world. Located in Wiltshire, just over two hours away from London, Stonehenge’s iconic giant stones can be seen from miles around.

Stonehenge is a prehistoric monument, made up of a ring of enormous stones standing upright. Each stone measures approximately 13 feet high, 7 feet wide and weighs close to 25 tons. Archaeologists believe that Stonehenge was created between 3000 BC and 2000 BC – making Stonehenge just as old as the pyramids of Egypt! Its ancient roots, and the mysteries surrounding this fascinating site, make Stonehenge one of the UK's most renowned landmarks. This area has been protected under UNESCO since 1986 and is regarded as a British cultural icon. While the magnitude of Stonehenge will leave you completely awe-struck, these mysteries surrounding the site and its stones will leave you utterly bewildered. 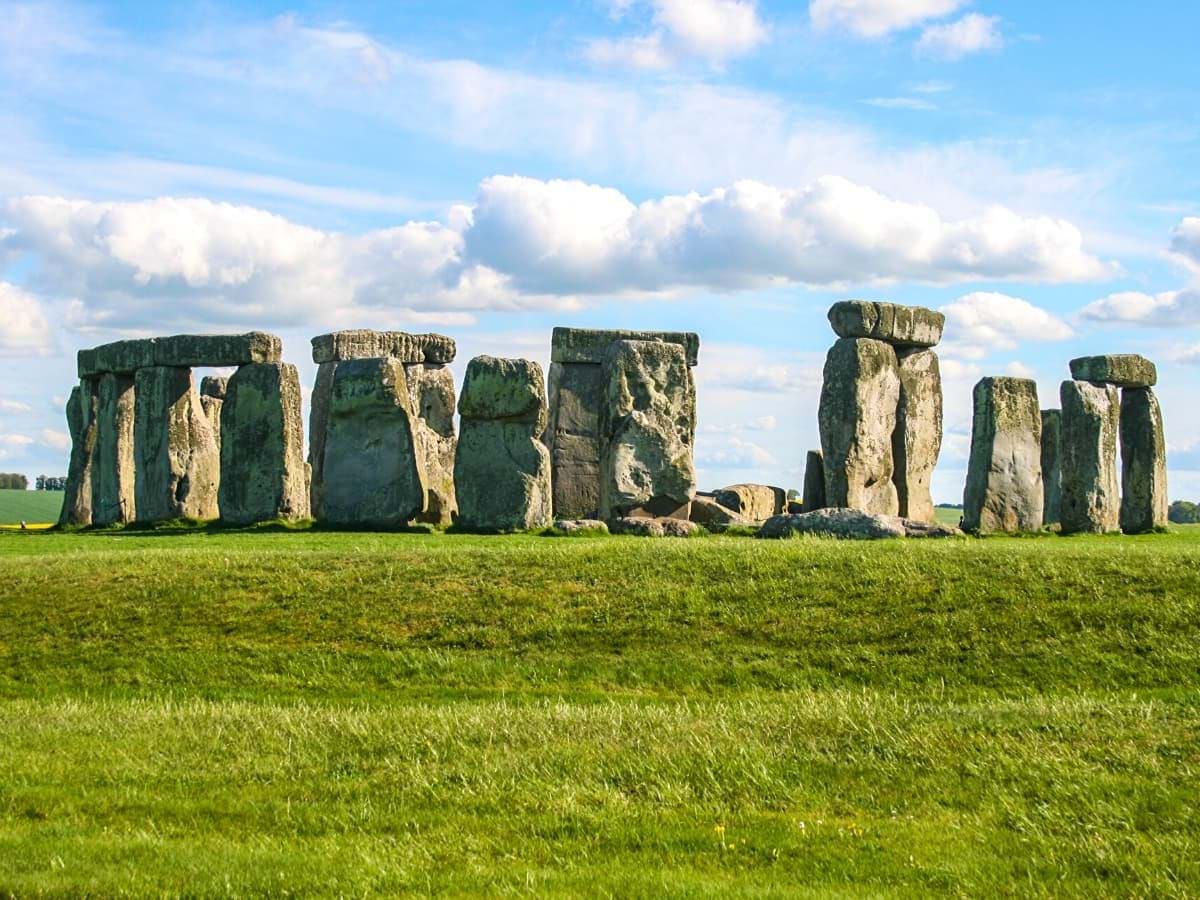 We know very little about the society who built Stonehenge. While many fascinating theories and legends surround the creation of Stonehenge, even the most knowledgeable experts can’t come to a definitive conclusion as to how this magnificent mass of rocks can to be.

Back in 12th-century, an established writer, named Geoffrey of Monmouth, wrote that Stonehenge was the work of the wizard Merlin. He believed that, in the 5th-century, hundreds of British nobles and soldiers were killed by the Saxons and buried on Salisbury Plain, where Stonehenge sits today. Their leader at the time, King Aureoles Ambrosias, was desperate to create a memorial to his fallen men and sent an army to his neighboring Ireland to retrieve an ancient stone circle, known as the Giant’s Ring. The circle, he went on to explain, was built by ancient giants and was made of magical African bluestones.

Ambrosias’ soldiers defeated the Irish, but they couldn’t move the enormous stones. They called on the wizard Merlin for assistance. Merlin used his powers to transport these stones across the sea and arrange them above the mass grave of the fallen men. Monmouth even wrote that Ambrosias and his brother Uther are buried beneath the stones of Stonehenge as well. While many believed this magical account when it was recited in the 12th-century this tale does not match the timeline of this prehistoric monument and so, as science and archaeology developed the Monmouth theory was dismissed as little more than a far-fetched, yet compelling, legend.

Equally as compelling was the account archaeologist John Aubrey gave into how Stonehenge came to be in the 17th-century. Aubrey credited the construction of Stonehenge to the Celtic high priests, known as the Druids. This theory soon became one of the most popular theories surrounding the construction of this ancient site. Even today, spiritual beings who identify as modern-day Druids gather at Stonehenge to celebrate the summer solstice.

What was It Built For? 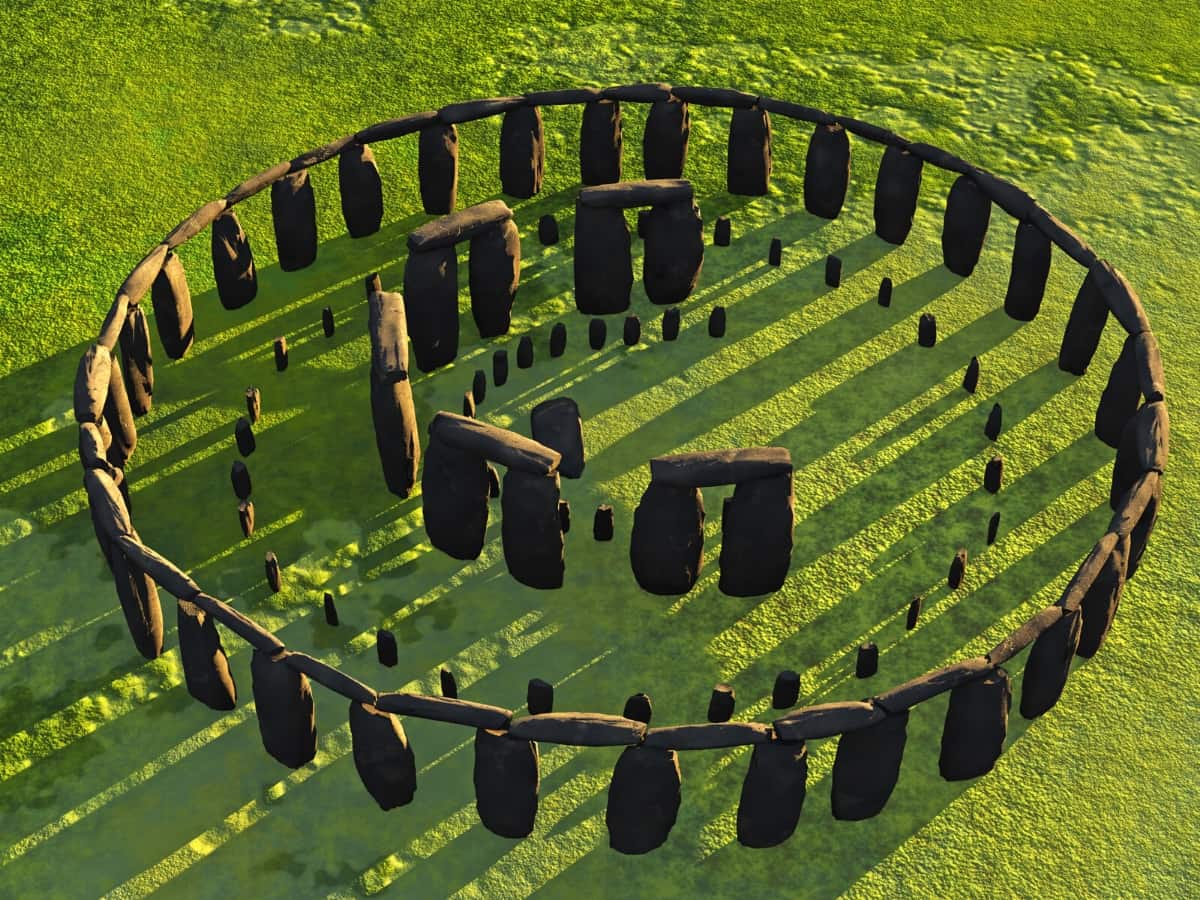 A reconstruction of the Stone Circle of Stonehenge

If the facts surrounding the origin of this impressive site seem minimal, at best, then the theories surrounding the purpose of this ancient monument as even more mysterious. While historians and archaeologists can all agree that Stonehenge was a site of great significance and spirituality since its creation we may never know why.

Archaeological evidence has been found to support the theory that Stonehenge was used as a burial site, at least for part of its long and colorful past. However, most scholars believe the site served other purposes as well. Their theories suggest that Stonehenge was a ceremonial site, the destination of a religious pilgrimage, a final resting place for royalty or a memorial site in honor of ancestors.

Back in the 1960s, astronomer Gerald Hawkins theorized that this mass of megalithic stone was used as a type of calendar, with different points in the circle corresponding to astrological elements, such as solstices, equinoxes and eclipses. This theory is still one of the most popular and probable to this day, although some critics argue that the creators of Stonehenge would have lacked the knowledge needed to predict such complex events or even the cloudy skies of England would have limited their view of these events occurring.

In addition, after inspecting some of the human remains unearthed at Stonehenge, it become apparent that many of those buried at the site when suffering from illness and injury. This has led some archaeologists to speculate that Stonehenge was regarded as a place of healing to this ancient civilization.

Stonehenge at the Summer Solstice 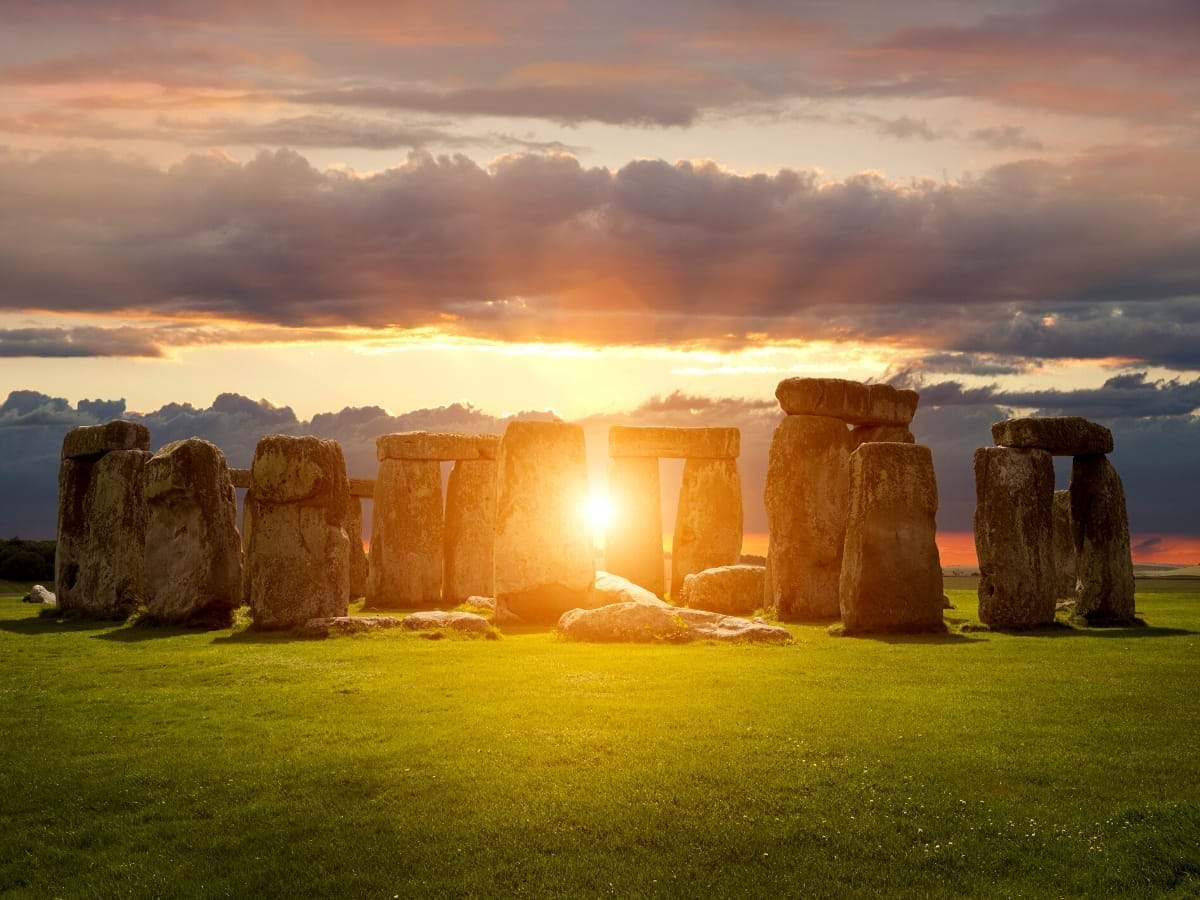 Every June, on the shortest day of the year, thousands of visitors from across the globe flock to Stonehenge. The objective of each of their journeys is the same, to turn northeast and enjoy the enchanting view of the summer solstice sunrise as it hits the stones. The summer solstice at Stonehenge is so impressive and powerful that scientists have wondered for centuries was the stone circle of Stonehenge built as a stage for the solstice?

While we cannot offer you any answers as to who built Stonehenge, why was it created or how come the summer solstice sunrise falls so majestically upon it, we can take you to observe the mysteries of Stonehenge for yourself on a day trip from London. There are so many questions left unanswered about this mystical site which means that it is up to you to decide what you truly believe were its origins.

If your stay in London is limited and you can’t fit in a Stonehenge tour, not to worry. From the Making of Harry Potter Experience to the splendor of Buckingham Palace there is lots of magic to uncover in England’s capital city on these London tours.

A Guide to France’s Châteaux