There is a lot to see and experience in Paris, and we’ll share every method you’ll have at your disposal on how to get around to ensure you get the best out of your trip to the City of Light!

Paris is a state of mind as much as it is an iconic global city. In a world in which things are starting to look the same everywhere, there’s still something unique and quintessentially Parisian to be found in the French capital.

If you’ve never visited Paris before, you’ll be surprised at the jolt of instant recognition that goes through you the moment that you spot some of the city’s landmarks. The Eiffel Tower, the Louvre, the Champs Elysees; we feel like we know these buildings even if we’ve never seen them before.

Part of the pleasure of a trip to the French capital is getting around Paris. This city doesn’t do things by halves and if you’re wondering how to travel around Paris you’ll be more than pleased with the answer. 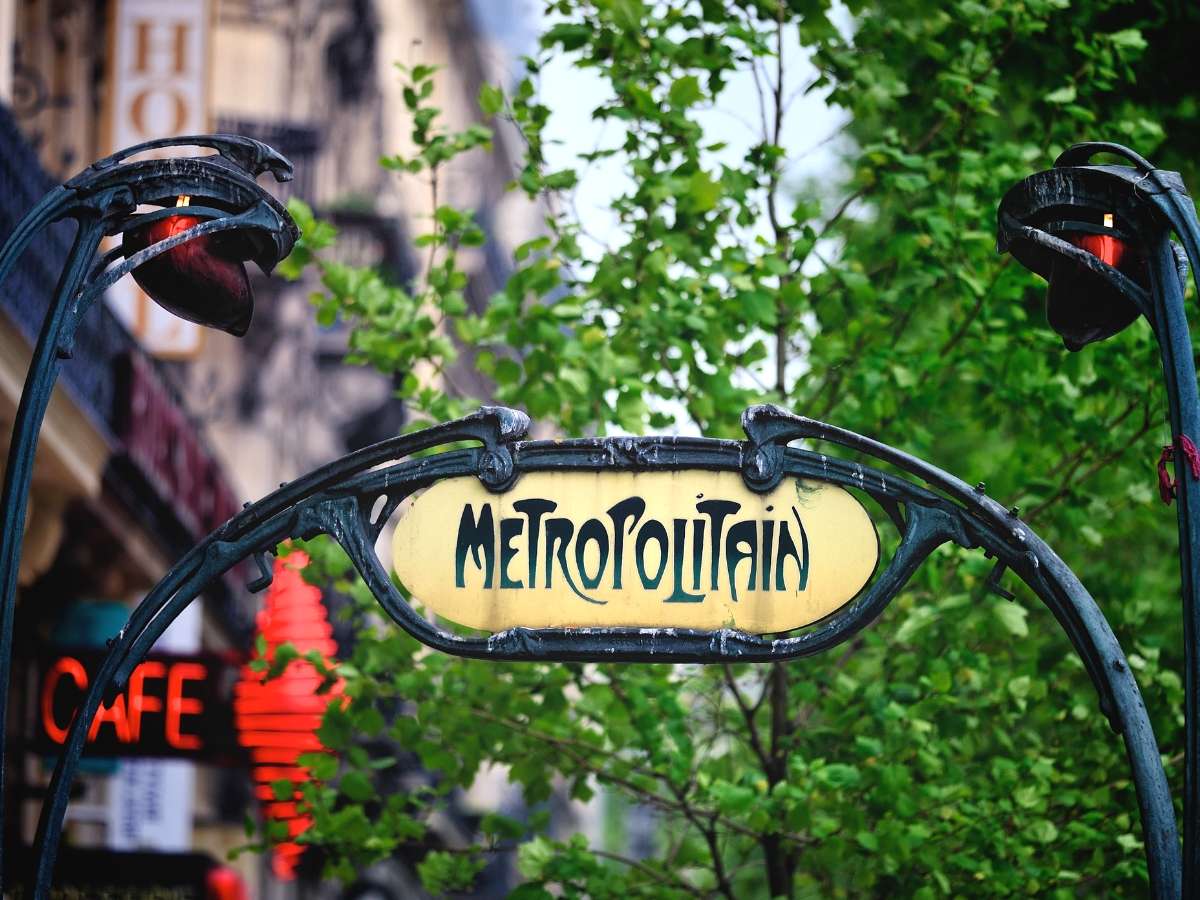 The Metro is the rapid transport system of Paris, much like the Tube is in London. It’s just a lot prettier. Many of its signs are a brilliant example of Art Nouveau style. The sign outside of the Saint-Michel Metro in the Latin Quarter, affixed to two arching lamp posts is a worthy camera moment.

Approximately 187 miles of track and 300 stations make up the Metro, which runs from 5 am to 12:30 am. Visitors to the city can purchase Le Paris Viste tickets. If you’re staying for an extended period of time, then a 1-day, 2-day, 3-day or 5-day ticket purchased at a ticket booth at any station might make more sense. Prices range, at the time of writing this post (mid-2019), from $14 - $73 depending on how many days you book for and which zones you cover. 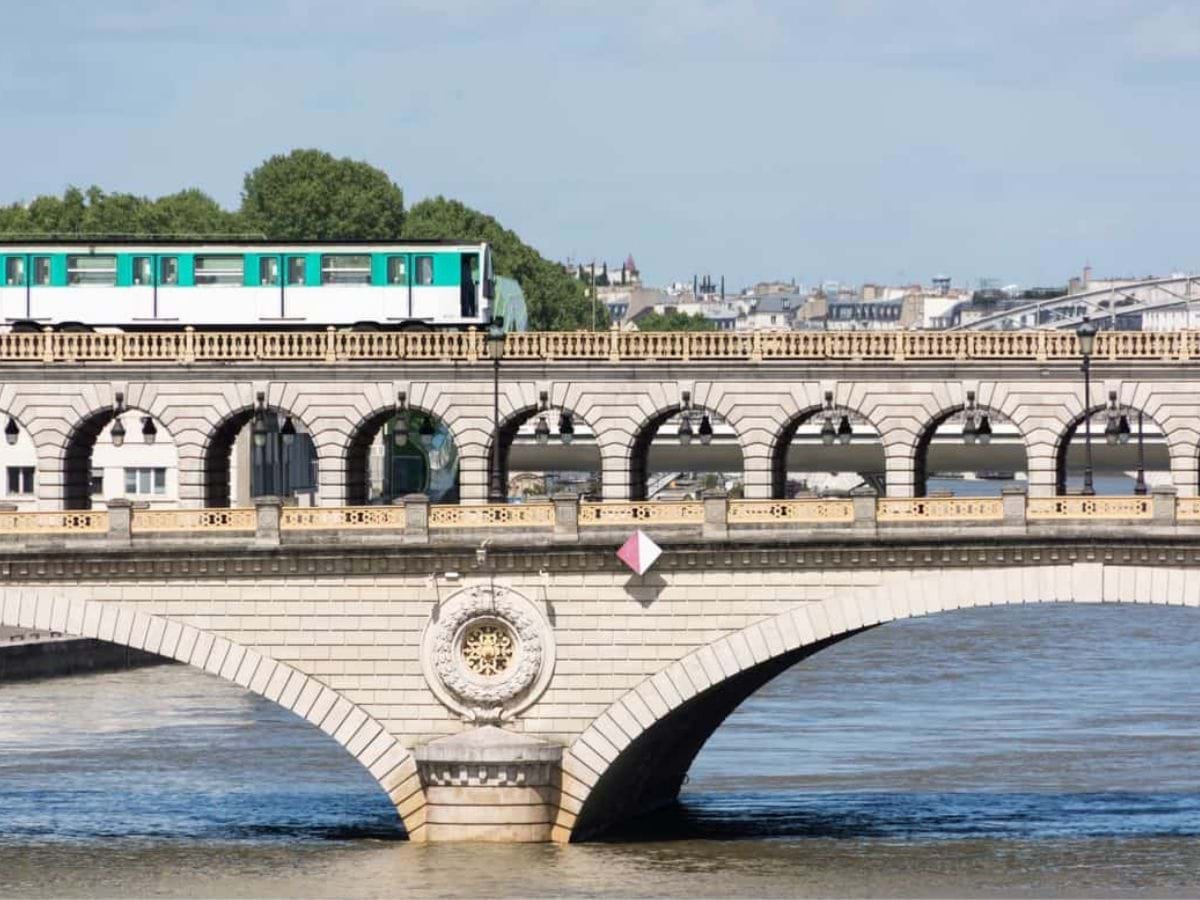 There is another rail system in Paris. The Réseau Express Régional (RER) system consists of five express train lines connecting the city center to the outer suburbs of Paris. Metro tickets are accepted on the RER but only in the central part of the city. If you’re going further afield, including to Orly Airport, Charles De Gaulle or Disneyland, you’ll need an RER ticket. An RER map can be found here.

The bus system in Paris is an excellent way to familiarize yourself with the city since you’ll be on top of the ground! Some Metro tickets can be used on the buses, or else you can buy bus tickets at Metro stations or on the bus. Most buses operate from 06:30 to 20:30 but some buses keep going until midnight. Check bus shelters or Metro stations for bus maps. 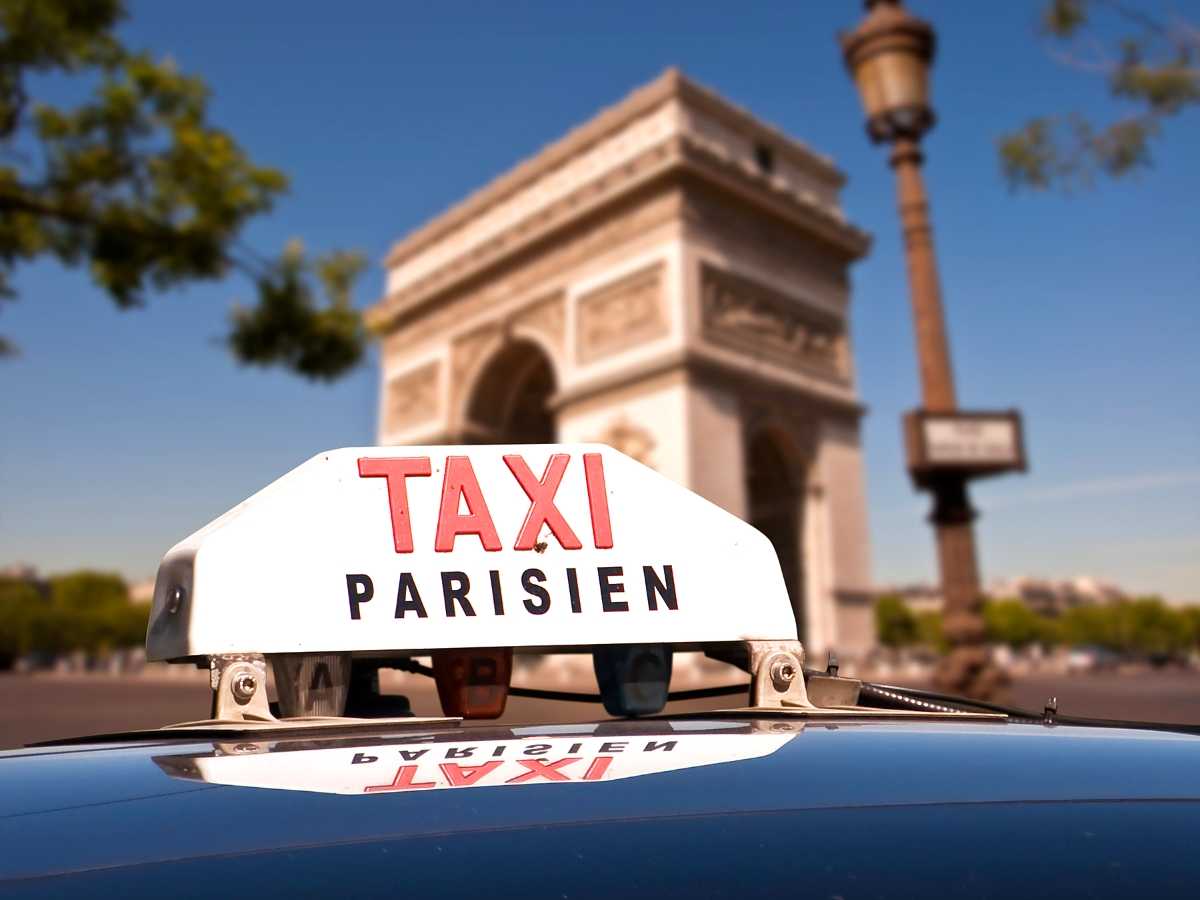 Ok, we can’t guarantee that there are exactly 15,000 taxis in Paris but there sure are thousands! Taxi stands are all over the city, and hailing a taxi is as easy as London or New York. Just check that the taxi light is on. Taxis are often the easiest way to get back to your hotel or guesthouse if you’re out late at night.

Drive yourself but only if you have to!

Like any urban center, all the major car hire companies have a presence in Paris, and it may be a good idea to hire a car if you’re going to explore Paris and other parts of France. But it’s also a good idea to leave your car at the very outskirts of the city and use public transport within the city center. Driving in Paris can be a nightmare for the uninitiated. 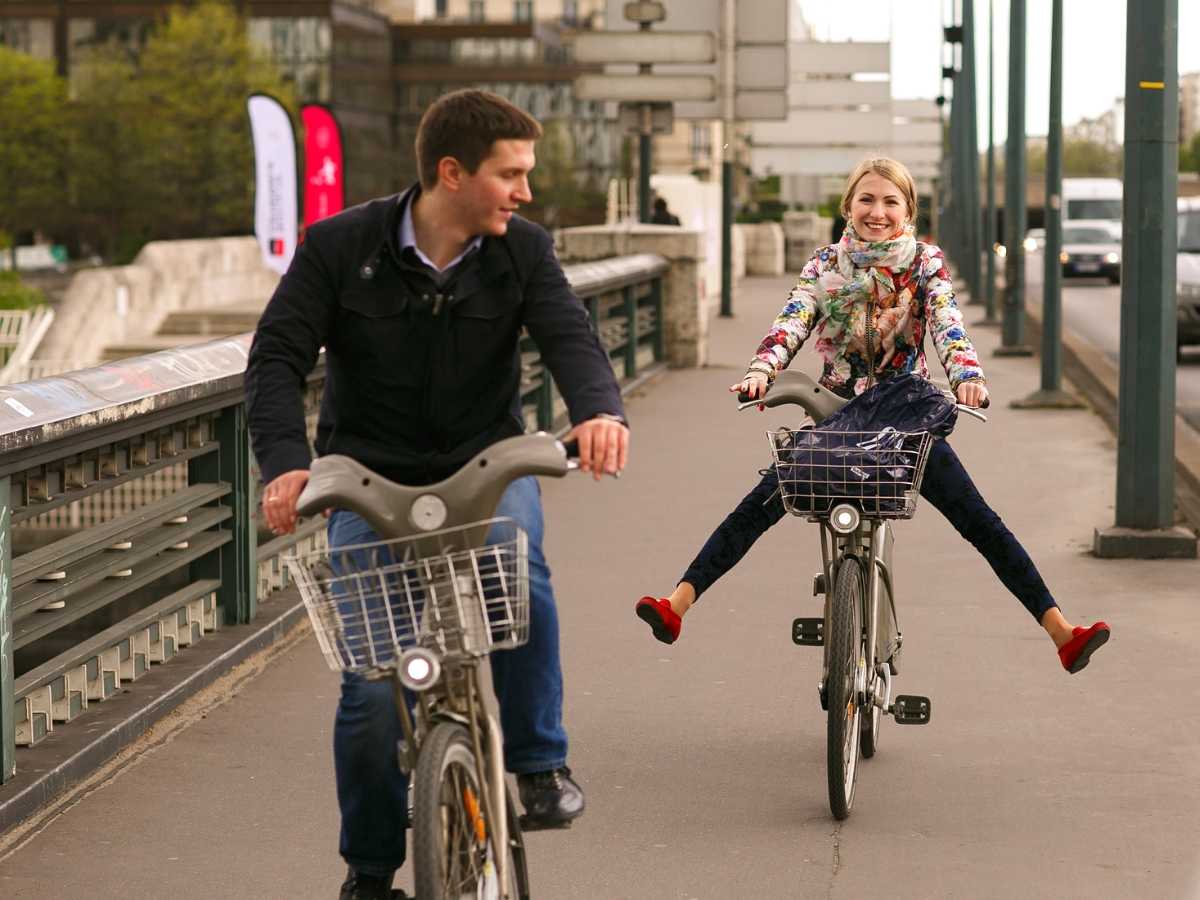 Traveling around Paris on a bike on the Vélib bicycle rental scheme is one of the most fun ways to really get under the skin of this city. Many Parisians use the three-speed unisex bikes, which can be found at any station or service point located throughout the city. Visa and Mastercards are accepted payments; cash is not. You can purchase 1-day or 7-day tickets and the number of journeys you can make is unlimited. Prices start at approximately $2 a day and go up to nearly $9 a week.

Sail Down the Seine 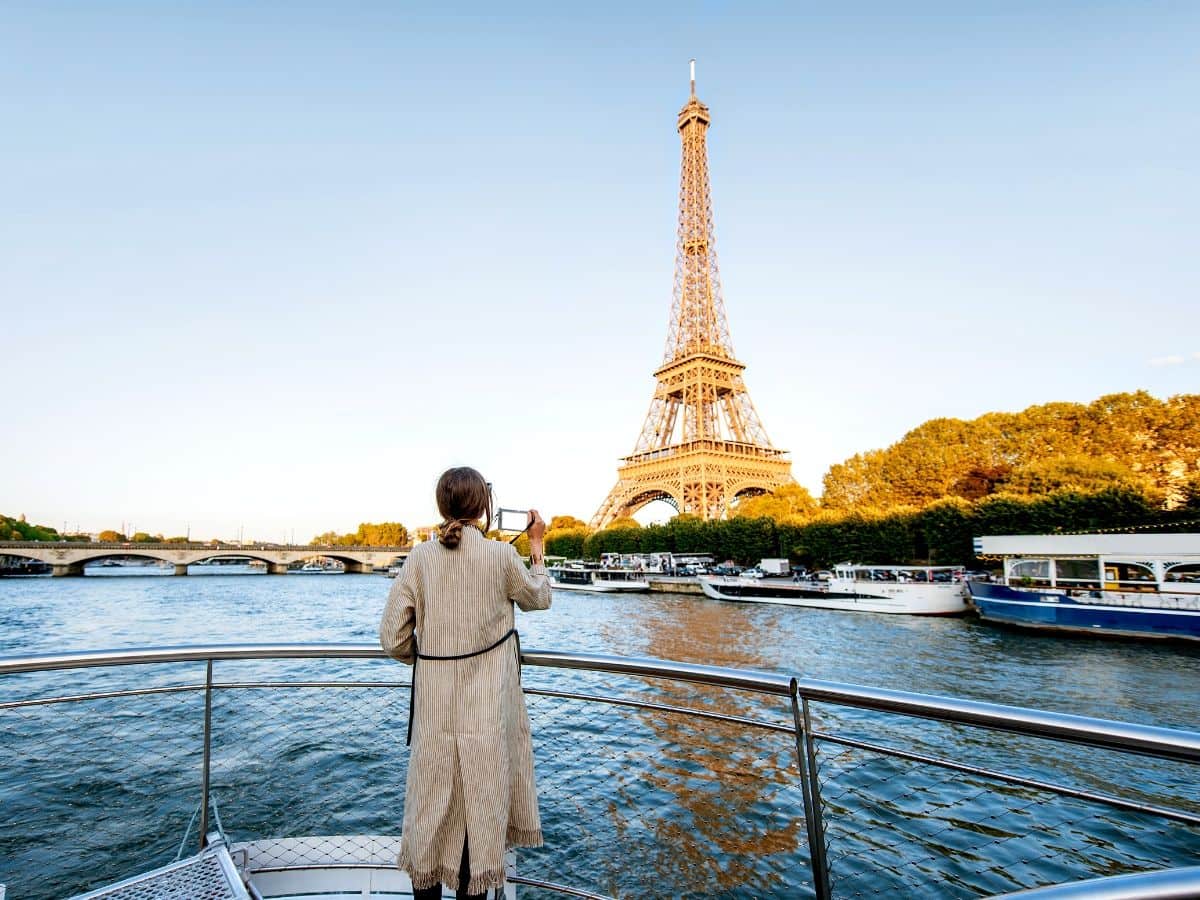 For a completely different approach to how to travel in Paris, go by water. The River Seine runs through Paris and is largely responsible for the romantic feel attached to this city. The Batobus is a wonderful way to explore the City of Light as many of the famous landmarks look completely different from the river than they do from land.

Eight stops are included on a Batobus route. These are Champs Elysées, Louvre, Eiffel Tower, Musée d'Orsay, Hôtel de Ville, Saint-Germain-des-Prés, Notre Dame, and Jardin des Plantes. It’s a good idea to set aside two or more hours to cover the whole circuit. While Batobus can travel between the eight stops on the tour within 45 minutes, stopping for people to get on and off can add extra time to the tour. Batobus sailings start at 10 am and run till 5 pm in the winter, and until 9.30pm in summer. 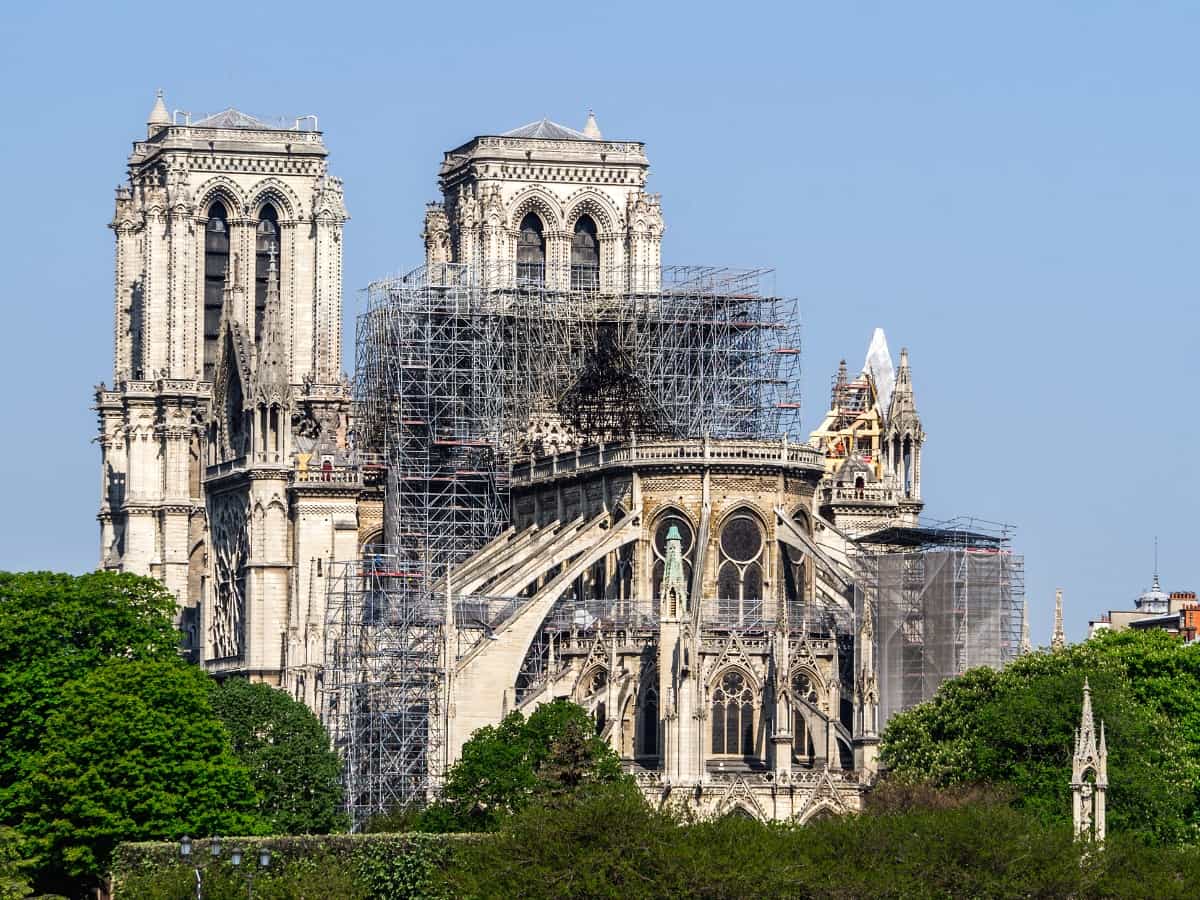 With its wide boulevards, ornate benches for resting on and that atmosphere of equal part relaxation and curiosity, Paris is the perfect city for strolling. In what other city would they create a name for a person who was essentially a connoisseur of the streets - the Flaneur. Your feet are an excellent mode of transport when you’re in the French capital since so much of the experience in Paris is soaking up the atmosphere and being part of the city’s day-to-day life. Walking allows you to do this. Don’t be surprised if you get mistaken for a Parisian!

If you want to discover the highlights of Paris with a local guide, check out our range of Paris Tours.

Barcelona on a Budget: Things to Do in the City For Free