Barcelona on a Budget: Things to Do in the City For Free

If you're into architecture, the Spanish city of Barcelona is a smorgasbord of free attractions. But all year round there are fun things to do in Barcelona for free with an array of activities that won't cost you a penny.

Attractions range from free walking tours, opportunities to search for ancient Roman ruins, climbing to breathtaking viewpoints, getting a (massive!) dose of culture, beach relaxation, food markets, street artists, festivals... the list goes on. And many of these attractions can be reached by simply lacing up your comfy and hard wearing hiking shoes, popping a sunhat on your head and heading out.

A friendly tip: learn a few words of Spanish if you don't have any under your belt. There's something about a tourist who stumbles clumsily along in a foreign tongue that brings out the best of local inhabitants.

For the architecture fan, it's mind-boggling to watch local Barcelonians stroll past Antoni Gaudí's masterpieces without so much as a glance, while you're busy falling over yourself in surprise and delight.

Casa Batlló is at the center of the city and one of Gaudí's well-known artworks. Decorated with colorful mosaics on the facade, it's an organically-inspired apartment building. Nature was Gaudí's muse and it's apparent in so much of his work, which identifies broadly to the style of Art Nouveau.

Park Güell is also one of Gaudí's works and well worth a visit. Although not all of it is free for entry, a large portion of the park is. It's also on Carmel Hill and offers expansive views over the city and the ocean beyond.

Although Gaudí's pieces are scattered all over the city - and if you're a fan, look them up - it's the unfinished Sagrada Família that is the most visited monument in Spain. Entry into the Roman Catholic basilica is not free, but of course, you're welcome to view its magnificence from the outside.

It's not surprising that a city built by the Romans would have their history imprinted all over. Remains of the Roman city wall can be found embedded in newer buildings around Barcelona, but the most spectacular sights are the city entrances at Plaça Nova at Pati Llimona Civic Centre and the wall and towers at Plaça Ramon Berenguer.

There are also remains of the Roman aqueduct, the necropolis, and the Roman Domus - two Roman houses with well-preserved wall murals. These are free on Sundays from 10:00 - 14:00, while the City History Museum, which will tell you all about the Roman legacy, is open on Sundays from 15:00 - 20:00 on Sundays. 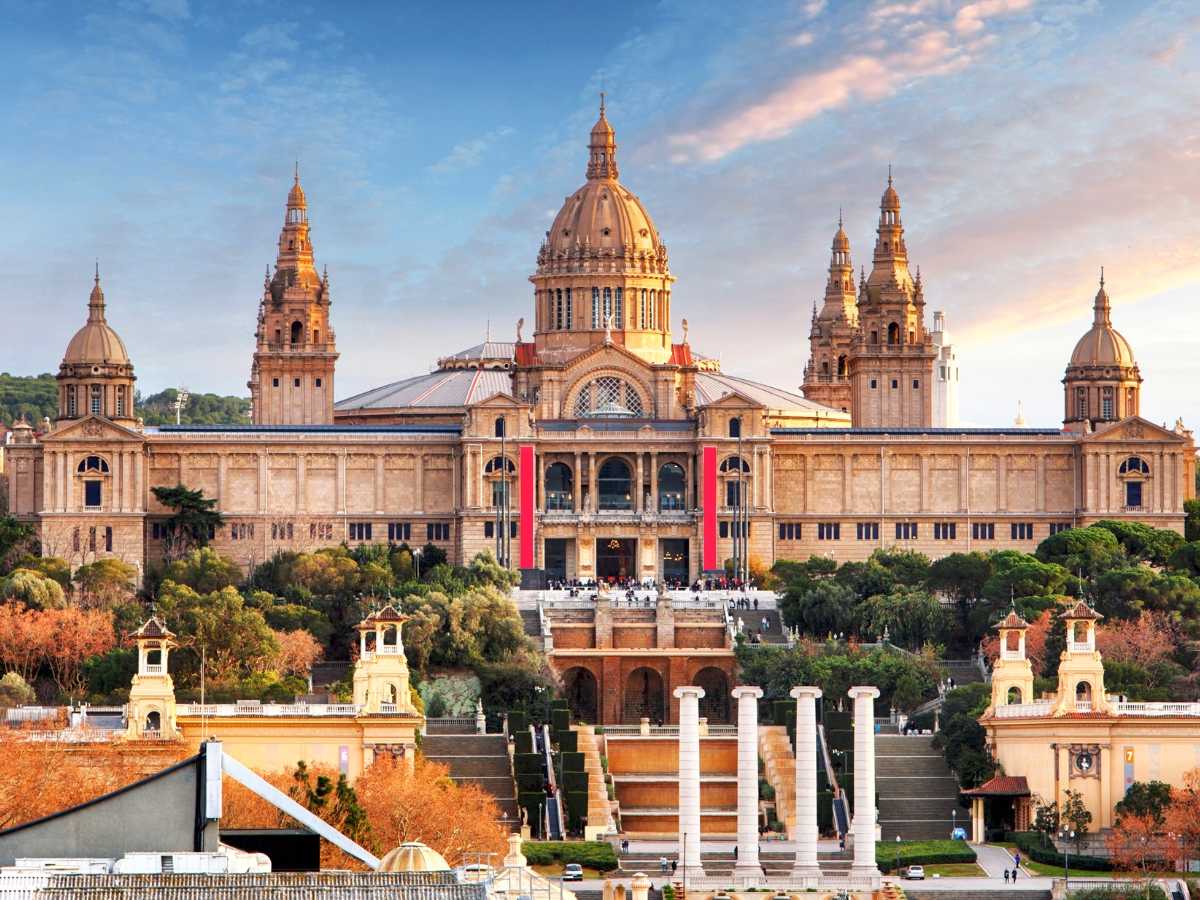 Many public museums in Barcelona are free at various times on Sundays - it's worth investigating before you go so that your visit coincides with those slots at your museums of choice.

Catalonia's National Art Museum (MNAC) is said to house the best art collection in the city and the best Medieval collection in Europe. There's also the Picasso Museum, Frederic Marès Museum, the Barcelona Design Museum, as well as the Maritime Museum and Natural History Museum.
Some museums also offer free entry for the whole day on the first Sunday of every month.

Barcelona is host to the Gracia Festival during the month of August (this year, 15 - 21 August). This street festival has plenty of free concerts and activities and it's about a 20-minute walk from the city center.

Speaking of streets, the bustling high street, Las Ramblas de Barcelona is famous for its live performances of art, music and dancing. It's one of the best things to do in Barcelona for free and of course, it's full of pleasant sidewalk cafes from which you can watch passersby while you nibble tapas. They're not the cheapest though and cater largely for tourists; you might want to get more authentic - and better value for money - meals down the little side streets.

The Raval neighborhood is known for its live music, while you'll also be able to watch talented young skaters practicing in front of the Contemporary Art Museum (MACBA).

If you're keen to watch some traditional Sardanes dancing, it happens on Sunday mornings outside the Barcelona Cathedral, as locals, young and old, keep the tradition going. You can even give it a whirl yourself!

Not quite a performance (anymore), but you'll find the restaurant where Vicky Cristina Barcelona was filmed: Els Quatre Gats, in the Gothic quarter.

The La Mercè Festival in September has been going for close on 100 years and is well worth a visit. During the day, you'll see giant parades and human towers in the squares built by competing teams.

At night there are fire-runs in the streets (a children's version and a much more energetic adult one), fire-breathing dragons and devils that spray the crowd with sparks.

The Summer closes with and an evening of fantastic music and light projections.

If you'd like to pick up a tan and feel the soft sand between your toes, don't forget that Barcelona is a coastal city with some beautiful beaches. You have a choice of bustling and busy or quiet and relaxing beaches to choose from.

The La Barceloneta beach is popular and a day here is one of the top things to do in Barcelona. It offers a range of eateries where you can tuck into delicious seafood once you’ve enjoyed some water-sports like wind and kite-surfing.

If you’re looking for slightly more sedate and family-oriented beaching, Nova Icaria is a peaceful stretch of 400km. Quieter, perhaps, but still accessible to some excellent restaurants and bars, it is a popular choice with holidaymakers. There’s also a games area with ping-pong tables and volleyball courts – leftovers from Barcelona’s Olympic legacy.

Just half an hour on the train will take you out of the city to Ocata beach, which is pristine and tranquil. With less entertainment on tap, it’s altogether a quieter experience. If that’s more your thing, Ocata is a good option. Or there’s also Bogatell, which is a smaller, but known as a very safe beach and favored by older visitors. It’s small at 600m and it also offers ping-pong and volleyball facilities, but it’s far less touristy.

Hopefully, this has inspired you and given some ideas of fun things to do in Barcelona for free. Also, have a look at our highly rated tours with our expert local guides.

Learning How to Cook Pasta with Ambra in Rome