Tuscany is one of the wealthiest parts in Italy, but it would be a mistake to think of this region’s wealth only in terms of money. The breathtaking scenery, fascinating history, delicious food and scrumptious drink in this region all point to the fact that Tuscany has riches beyond mere currency. It’s simply magnificent.

Covering 8,900 square miles, it’s a big part of central Italy. It’s impossible to explore in its entirety in one trip. But that doesn’t mean that you can’t experience the very best of this Italian gem and get to know the true Tuscany when you tour with us.

You can also explore Michelangelo’s Florence or the culinary delights of Tuscany when you choose one of the tours we offer in Tuscany from Rome. Both are designed with your comfort in mind and to provide you with an introduction to heaven on earth (as the Eternal City and Tuscany could both quite accurately be described)!

1. Enjoy the Truffles of Tuscany

One of Tuscany’s most famous culinary gifts to the world and there are many, are the truffles that grow in this region’s soil. Little pockets of taste sensations, truffles are famous for being dug up by pigs and fetching more per ounce than gold at times. San Miniato, a little town not far from Pisa or Florence, is famous throughout Italy for white truffles, but no matter where you are in Tuscany you’ll get an opportunity to try these famous funghis. Try them grated on a fresh pasta dish for an utterly memorable meal. 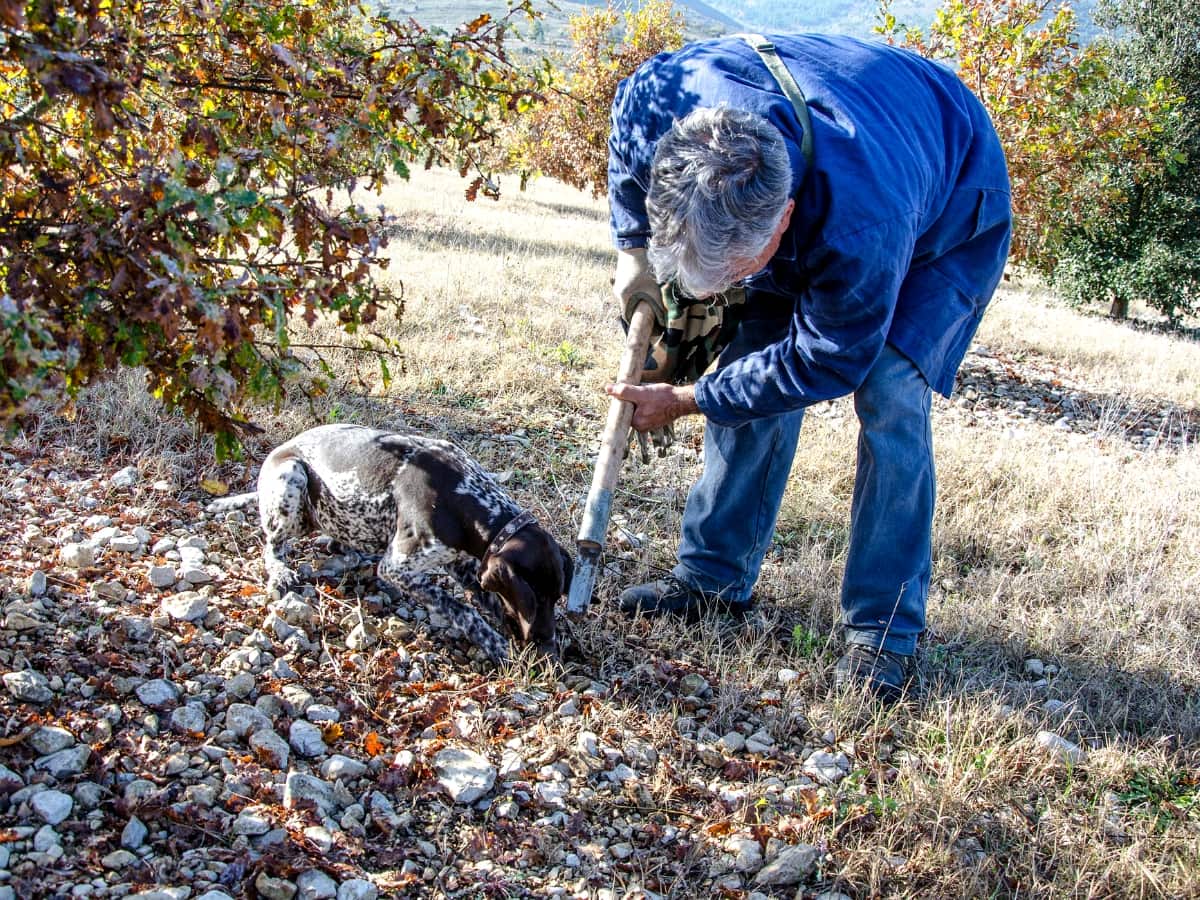 You know you’re onto something special when not only the Uffizi Gallery, but the lines to get inside it, are both world-famous!

Don’t let that put you off. You can book a skip-the-line ticket with us to enter the gallery and find yourself in the company of artistic geniuses, including Caravaggio, Botticelli, Da Vinci, and Raphael. While the whole of Italy can be considered an art gallery, the Uffizi is renowned for having the best collection of Italian Renaissance paintings in the world. 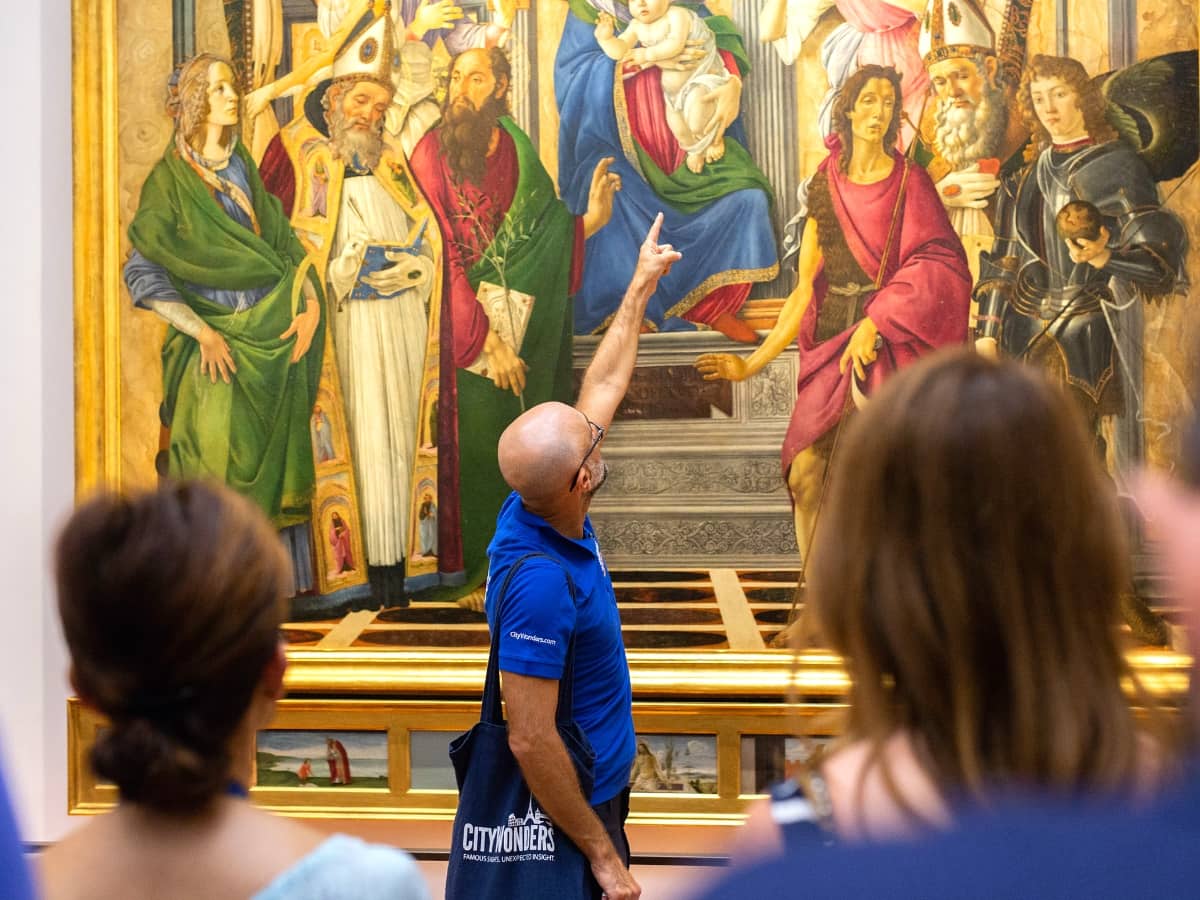 3. Straighten the Leaning Tower of Pisa

Yes, it’s a cliche but it’s also some of the most fun you can have with your smartphone camera.

Pisa is far more than its famous vertically-challenged tower. Wander through the narrow streets of this ancient city (archeological evidence points to a settlement being in the place Pisa occupies today since the 5th century BC) to find a bohemian spirit. You’ll discover bars and restaurants that showcase Pisa’s seafaring history (the city was once right on the coast though it is now inland), Italy’s top university (Scuola Normale Superiore di Pisa) and fascinating museums, including one for ships. 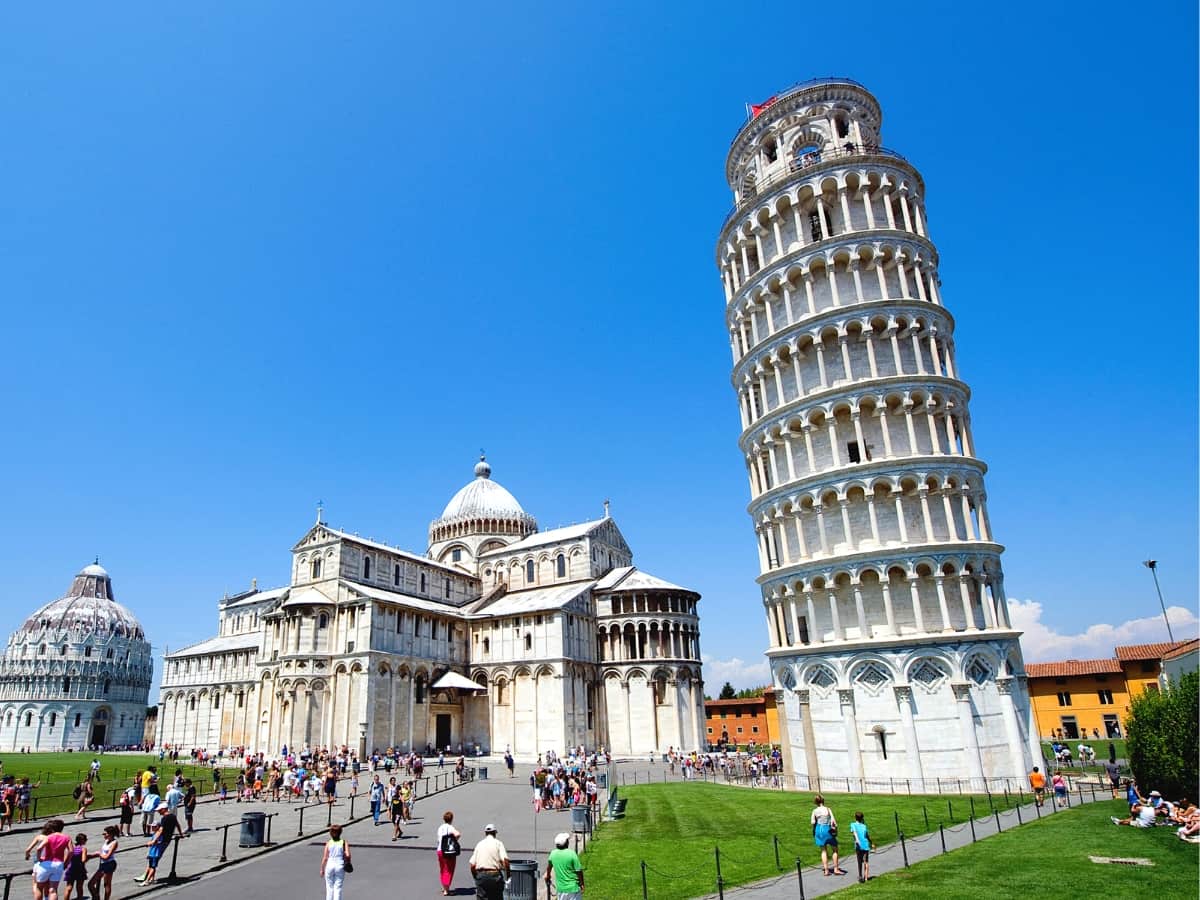 4. Explore the beginning of the Mona Lisa Mystery 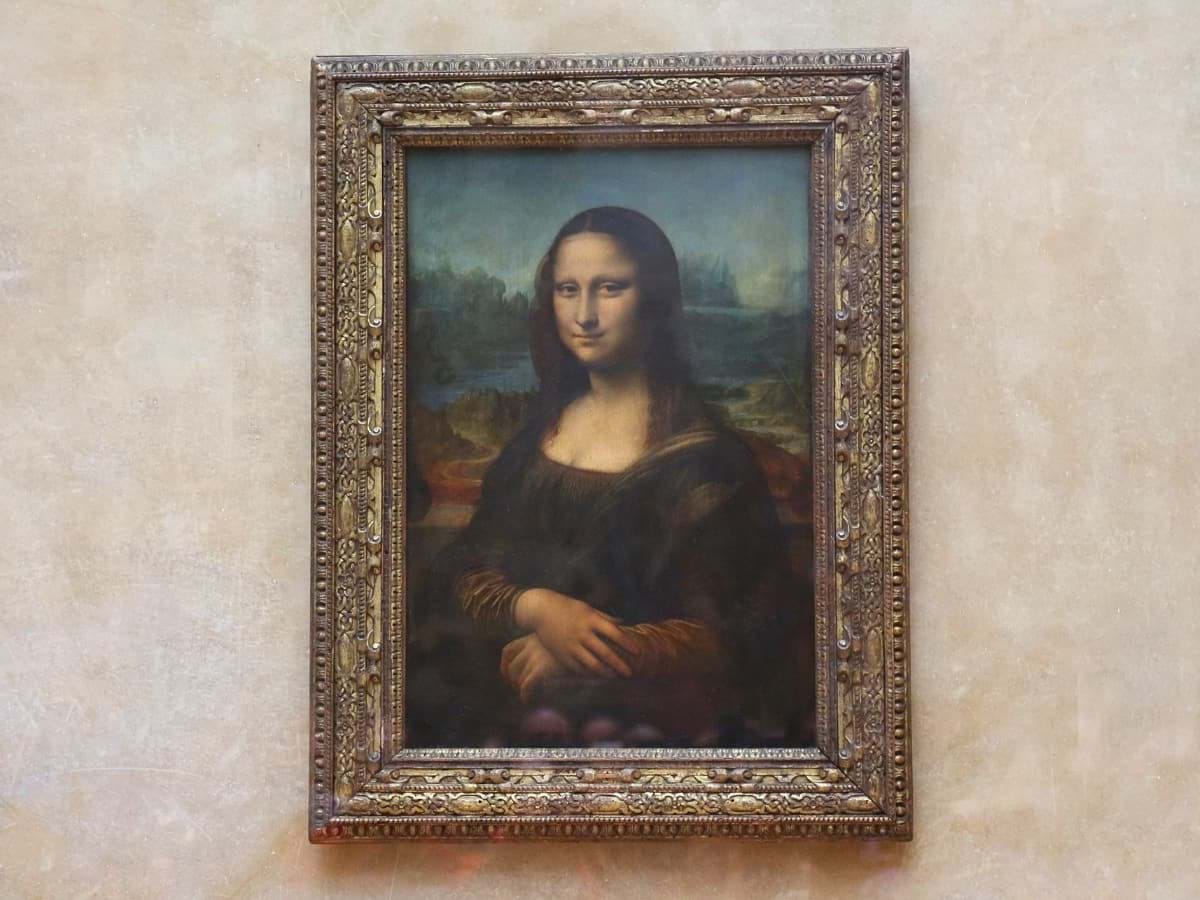 5. Get some exercise in Lucca

A list of Tuscany points of interest would fill a book, but the town of Lucca is something extra special. Not only is this town the birthplace of the great opera composer Puccini, his house now a museum, but it’s also got 2.4 miles of wall surrounding it. Visitors to the town are encouraged to cycle or walk the perimeter of the walls and explore the town’s delights while doing so. 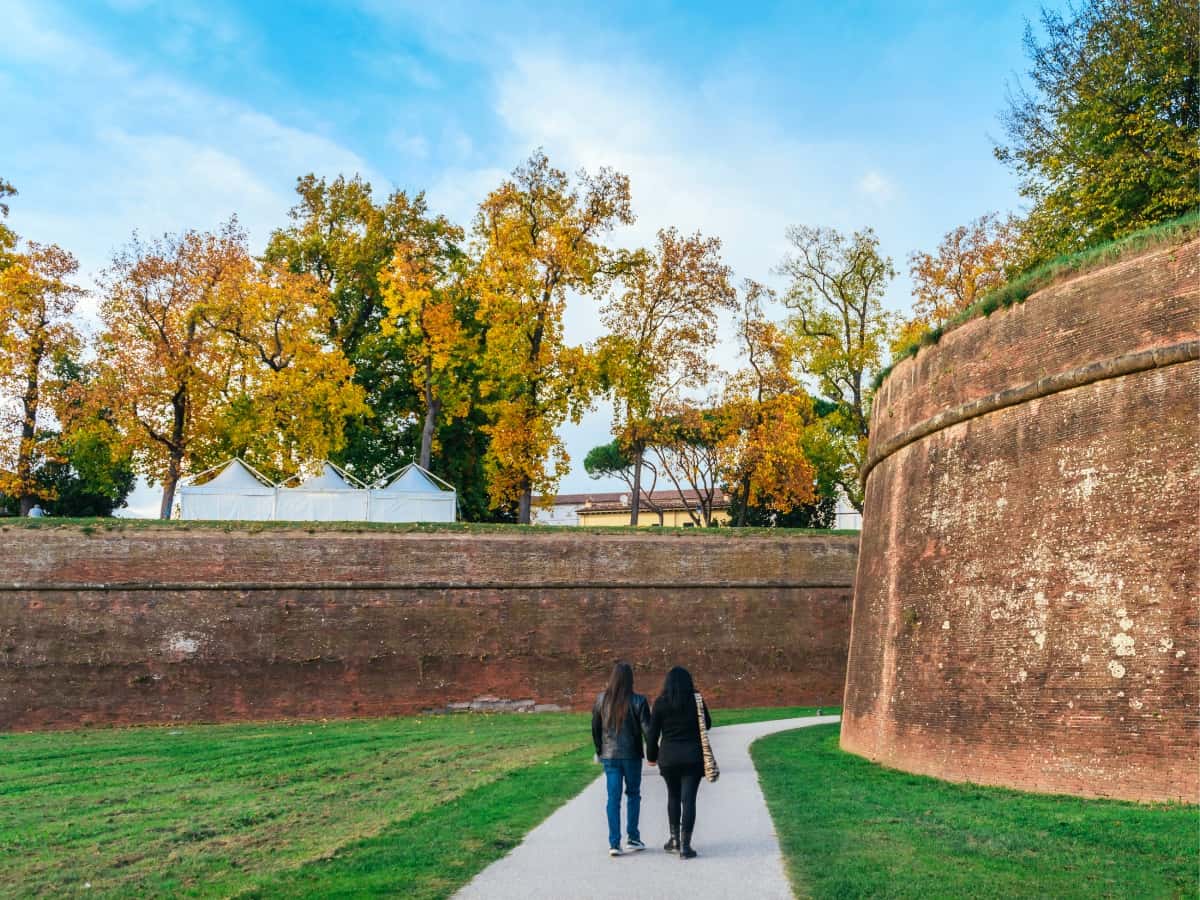 When asking the question what to do in Tuscany, the answer has to be eat and drink and live the la dolce vita lifestyle to the hilt! Where better to do that than in Montalcino? Visit one or more wine-tastings and indulge your taste buds to your heart’s delight. 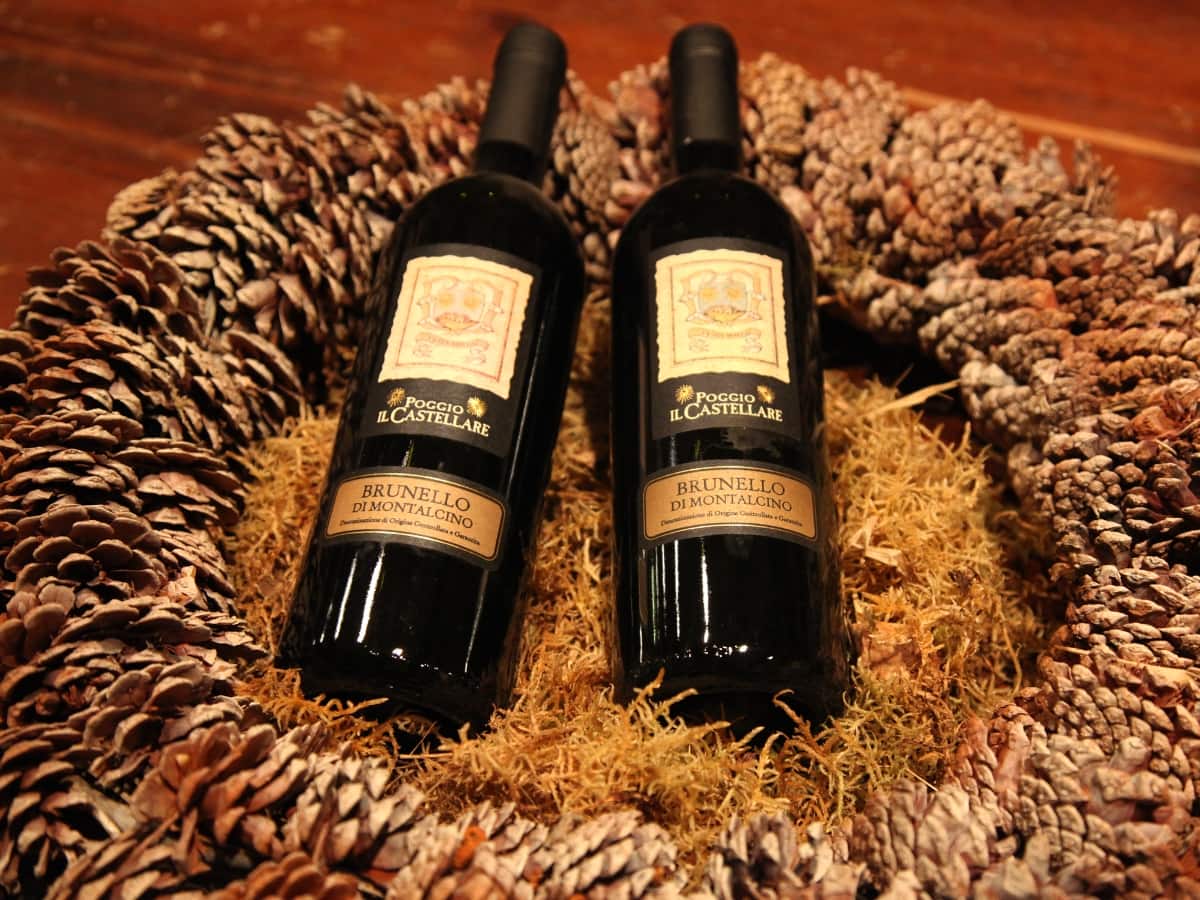 7.Pamper Yourself in a Spa

Tuscany is known for some seriously upmarket spas, but rural Tuscany offers a spa experience without you having to pay a cent. The tiny town of Bagno Vignoni, high up on a hill in Val D’Orcia in Tuscany, is home to an amazing hot spring. 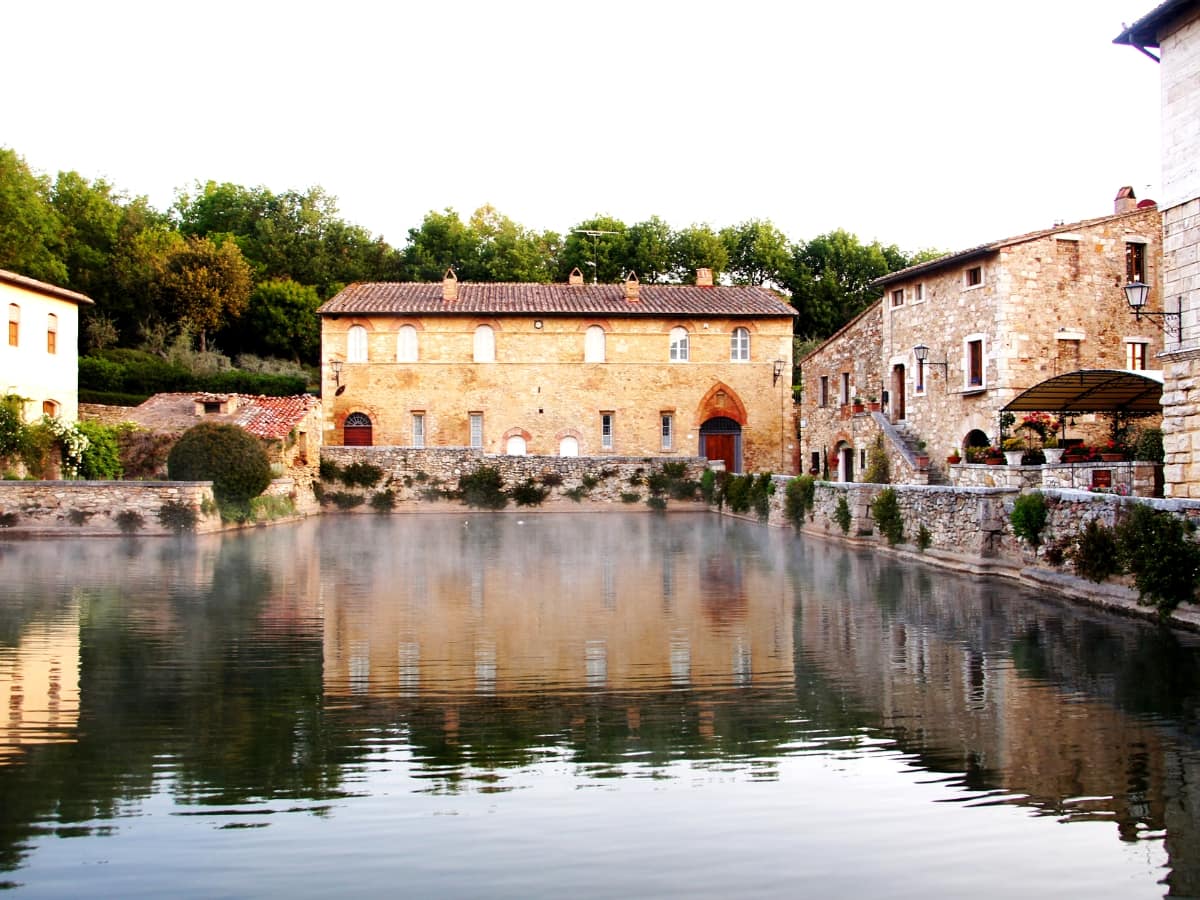 8. Live the Island Life on Giglio

Tuscany’s archipelago is home to the island of Giglio. One of the most enchanting places to explore in the region, the island has an embarrassment of riches, from stone forts to beaches and pristine mountain hikes. 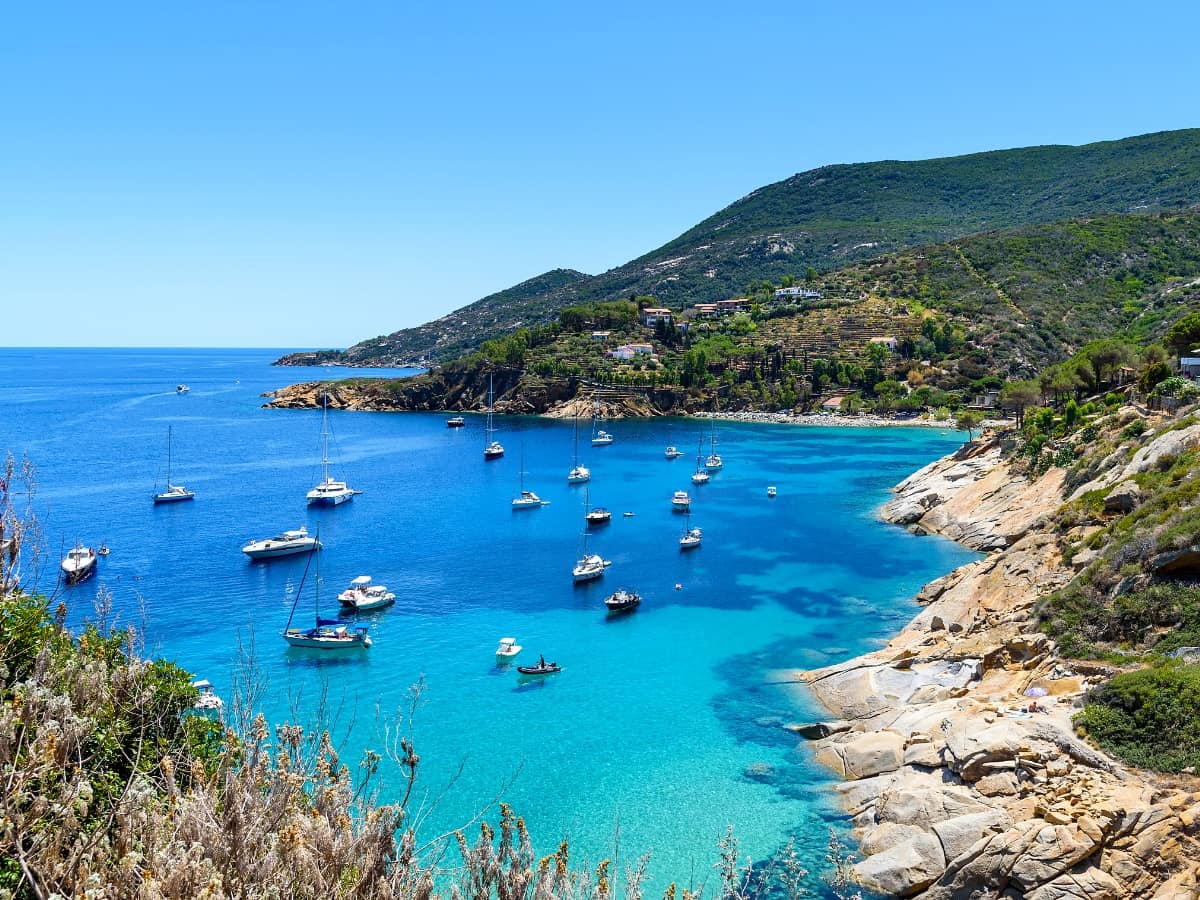 Tuscany’s towns and cities rightly deserve their reputations for being fascinating and beautiful, but the region’s rural areas are worth a look too. The government’s program to draw tourists into the countryside and spread the income which tourism brings is one of Italy’s best-kept secrets. The agriturismi (farm-stays) provide many different types of accommodation and experiences. 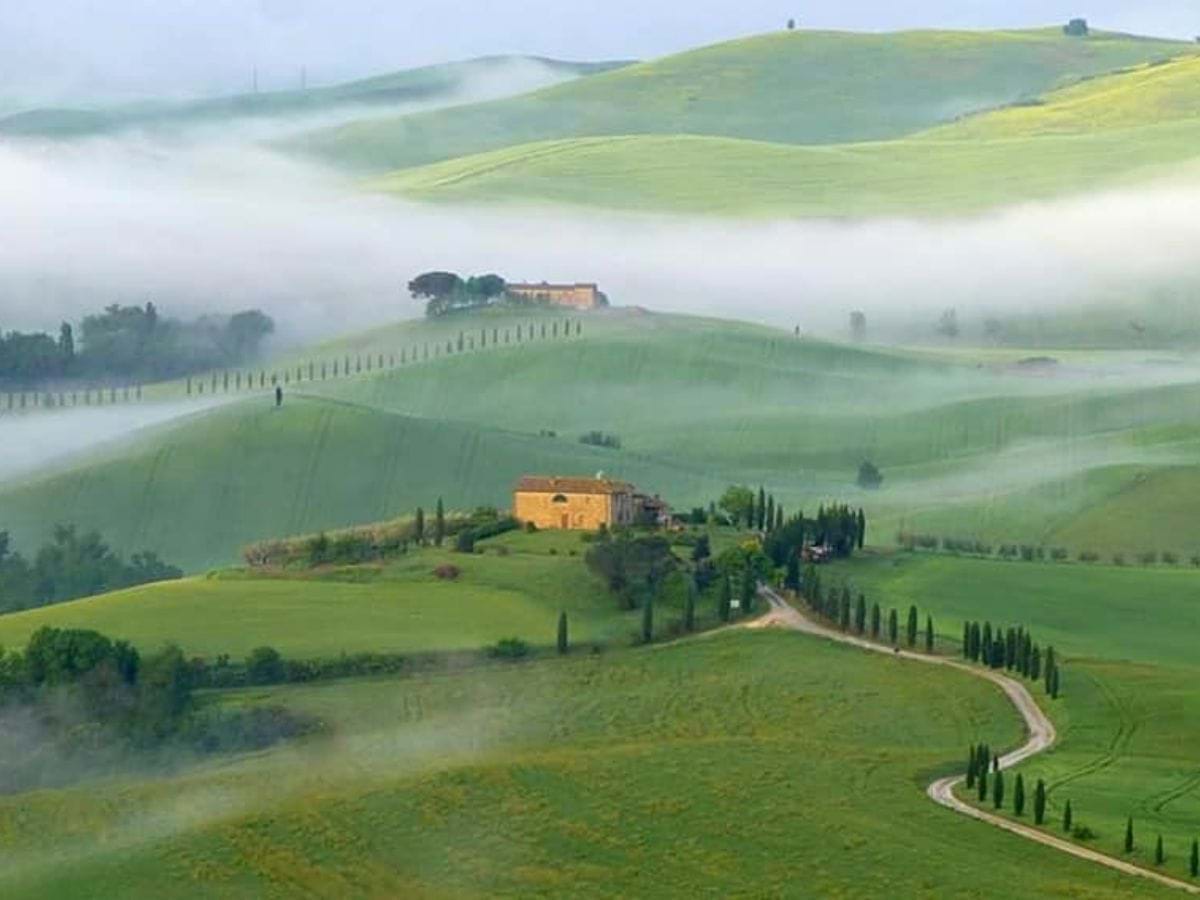 If beautiful stretches of coastline are your thing, you must make your way to Monti dell’Uccellina. Located in the Maremma region, and completely off of the beaten track, you’ll find forests, hills, marshes and spectacular coastal plains when you visit. 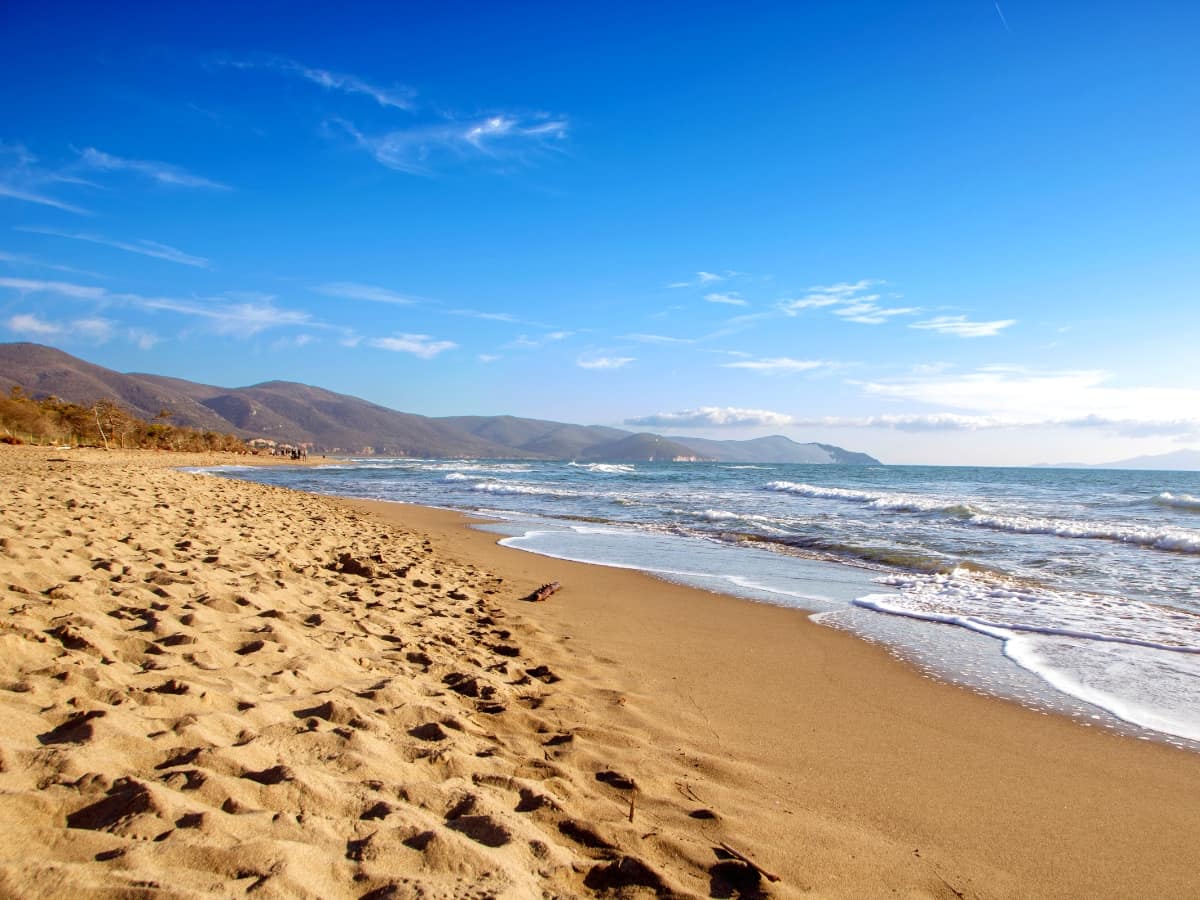 11. Go to the Mountain at La Verne

La Verna, the retreat of Saint Francis at the top of a mountain, is part of a still thriving Franciscan monastery. Beautiful views of the Apennines await you once you’re at the top of one of Tuscany’s major sites for pilgrimage.

Of all the things to do in Tuscany, you’ll be forgiven for thinking that finding your marbles wasn’t one of them. But heading to the Alpi Apuane of Northern Tuscany is effort well rewarded. The marble quarries are full of botanical and fauna delights and hikes (of varying length) are clearly marked for you to enjoy. Birds of prey call these quarries home. Don’t be surprised if you see Golden Eagles, Buzzards, Kestrels or Sparrowhawks. 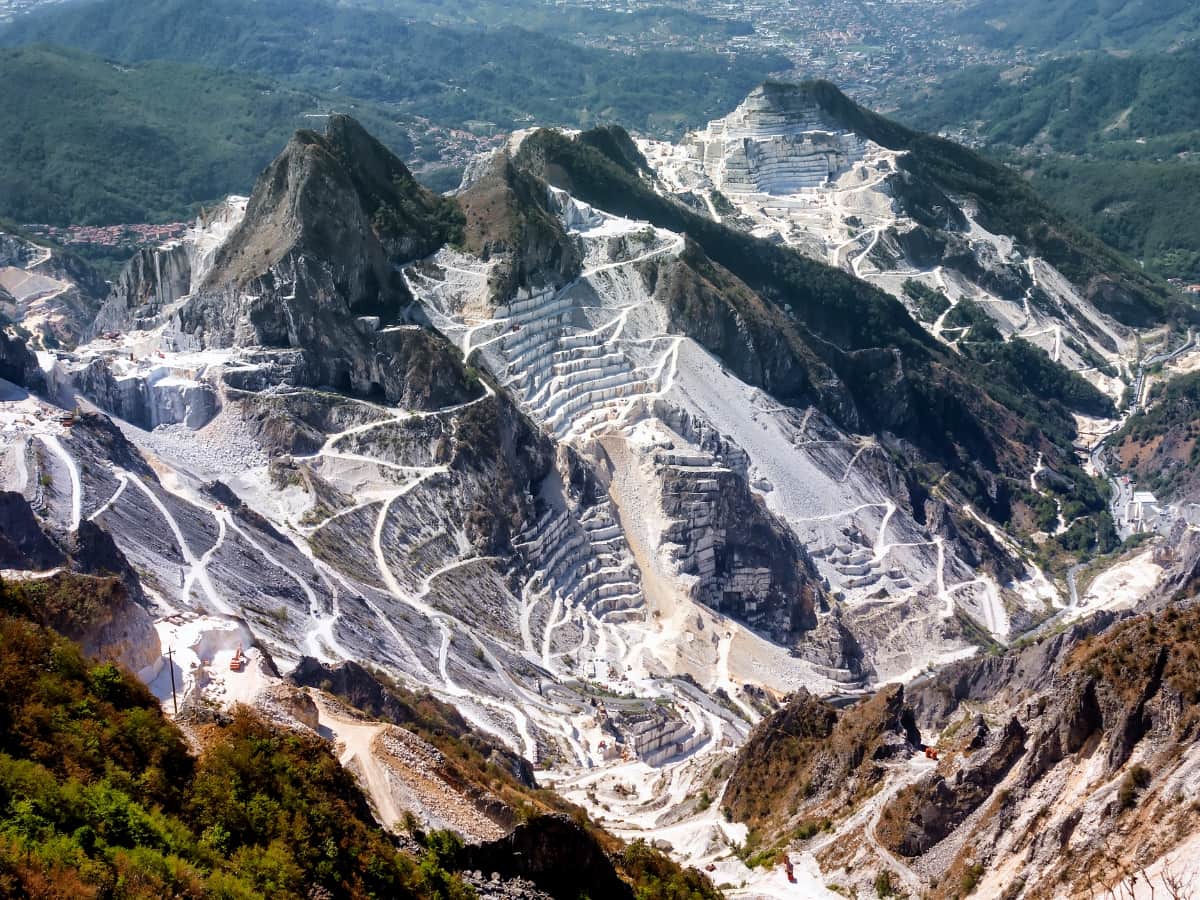 13. Discover the towers of San Gimignano

The whole of Italy is a feast of sights, but the skyline of San Gimignano stands in a class of its own. Narrow, preserved streets, sun-baked stone houses and 15 medieval towers will have you believing in perfection once you visit. (San Gimignano is also home to some of the best ice-cream in the whole of Italy; this fact only makes the town more perfect.) 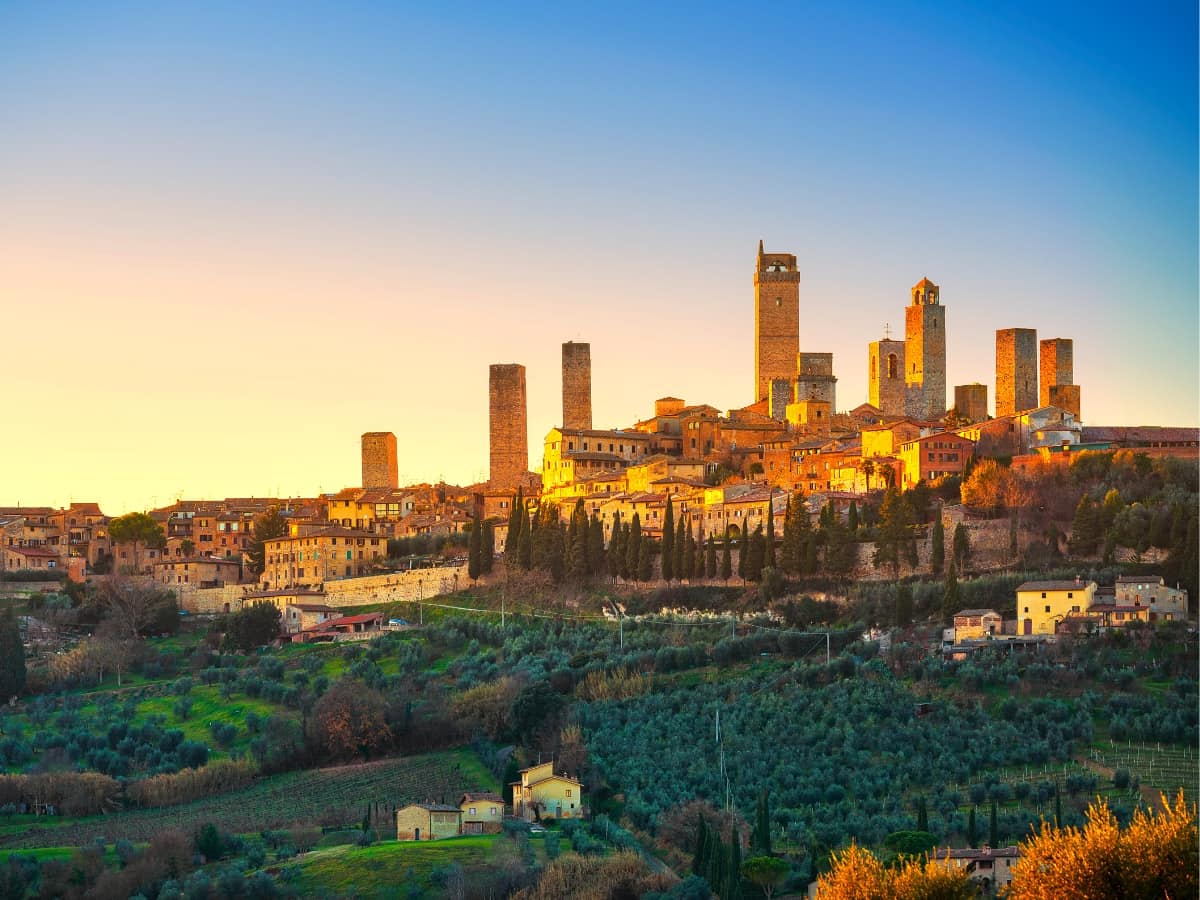 Speaking of ice, Italy is famous for its delicious gelato, but Tuscany has left a special mark on this national culinary treasure. Gelato was actually invented in Sicily and initially was ice and snow flavored with fruits.

Bernardo Buontalenti was a Florentine architect, who worked for the Court of the Medici. He loved cooking as a pastime, and added milk, honey, egg yolk and citrus fruits to the gelato recipe of the Sicilians and called his creation “creme Fiorentina”.

Today, if you ask for a “creme Fiorentina” when you visit Florence, you’ll be given a culinary masterpiece that is Buontalenti’s original recipe. 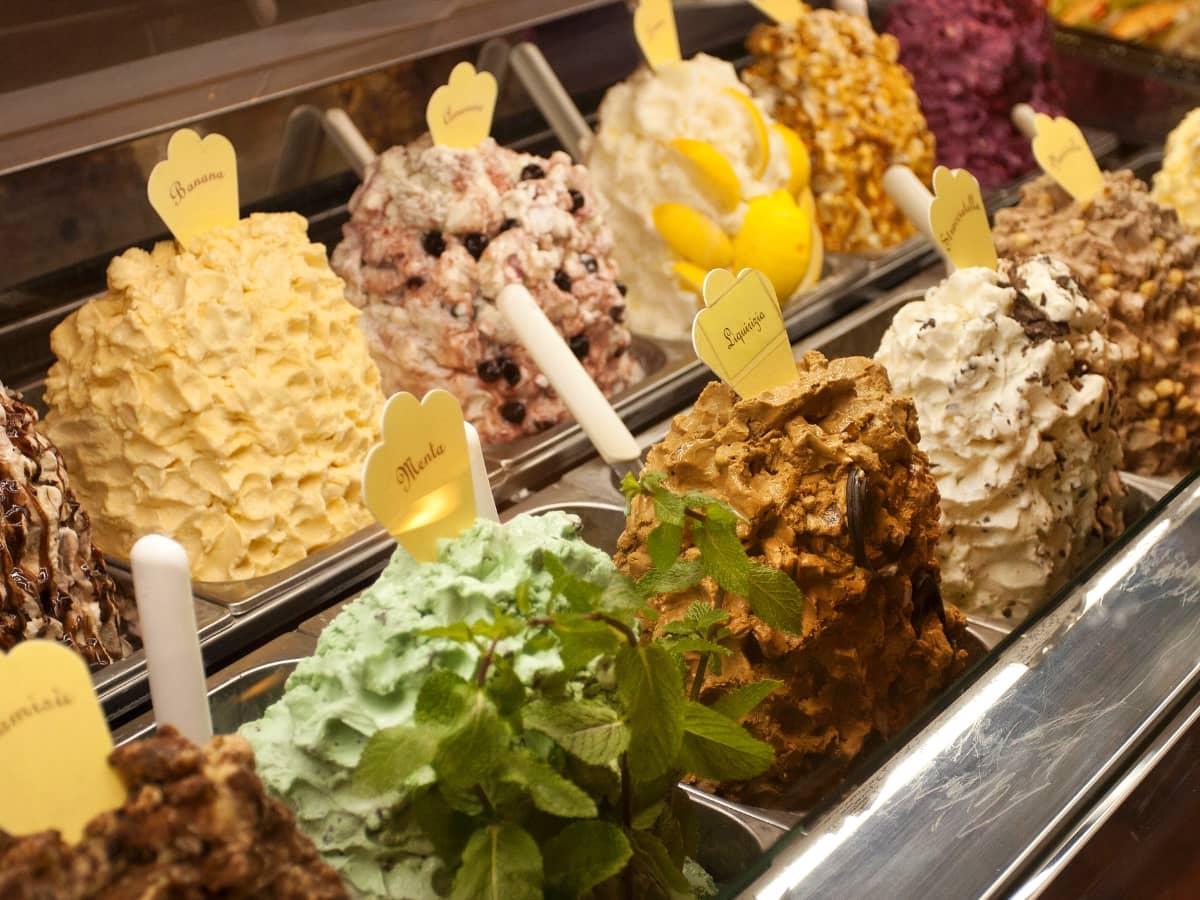 15. Explore the Cathedrals of Tuscany

Tuscany is awash with enchanting cities that are just the perfect size for exploring. Of particular note are the cathedrals to be waiting in Florence, Pisa, and Siena. They’re all breathtaking sights to behold. 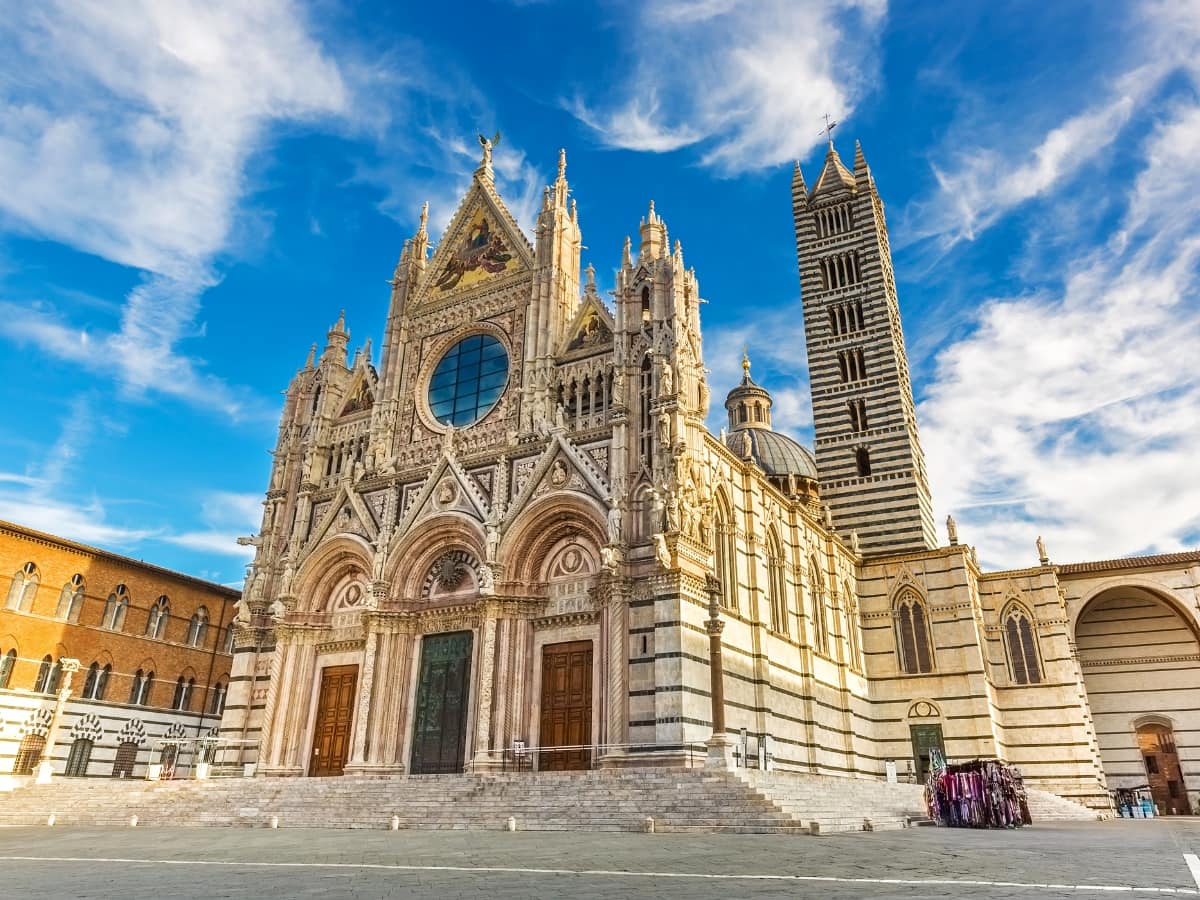 The Duomo in Siena

Our guide to the top 15 things to do and see in Tuscany will help you decide what you’d like to do with your time here. But, here’s the thing, no matter what you decide to do when you visit, you’ll make the right decision.

You’ll be enchanted (and well fed) no matter which Tuscany activities you choose to do but to really immerse yourself in Tuscany, check out our Florence Tours.