On the Trail: Paris’ Canal Saint-Martin

The City of Lights is a vacation favorite for many across the globe, and today we’re chatting about Canal Saint-Martin. With hip bars and restaurants throughout and numerous fun ways to spend your time, we’re talking about what can be found along the route to Canal Saint-Martin from one of Paris’ greatest landmarks, the Eiffel Tower. 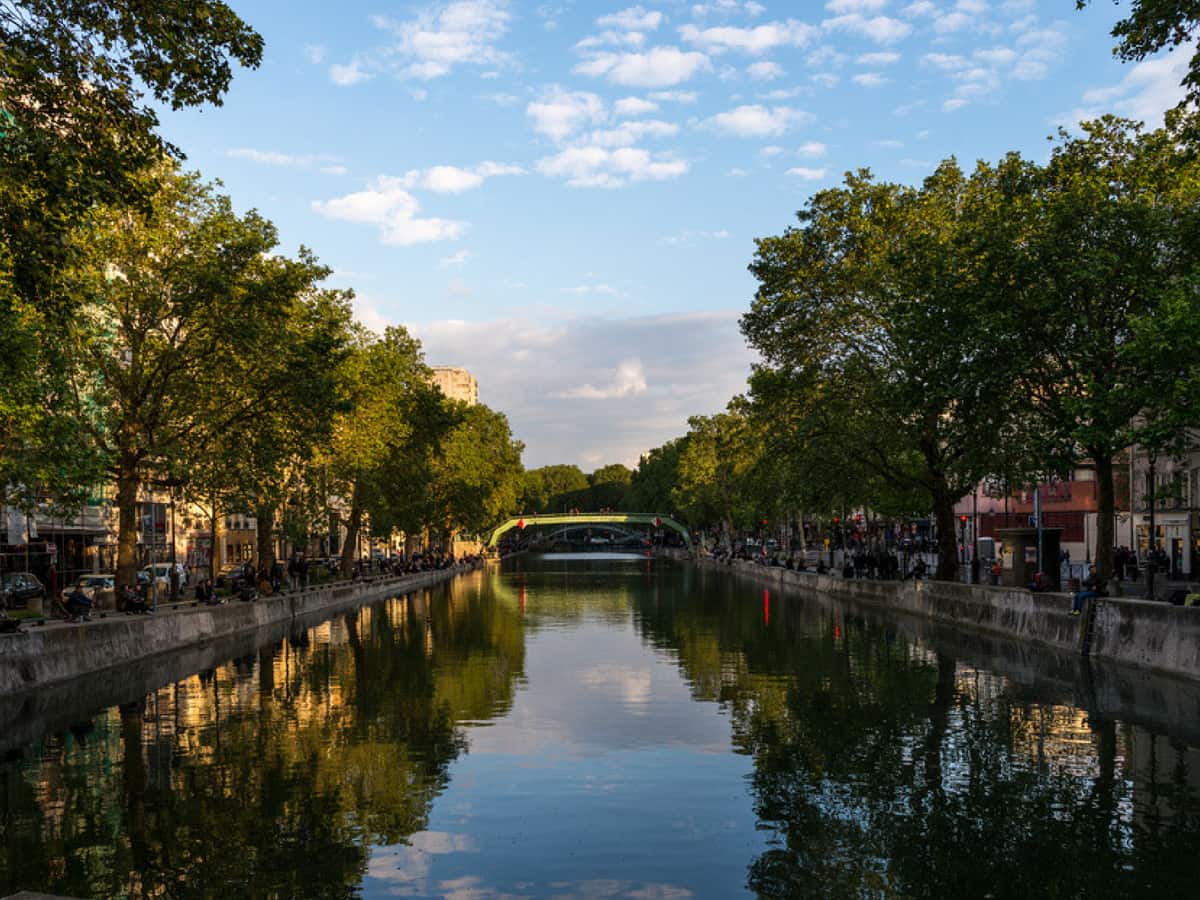 The Canal Saint-Martin is a 2.86-mile (4.6km) Canal that runs through Paris, connecting the city’s river Seine to the Canal de L’Ourcq. The canal itself became a Historical Monument of France back in 1993. Originally incredibly scenic and dripping with traditional Parisian appeal, the area has been modernised in recent years. Both a waterway and a trendy area in Paris, a much younger age group are drawn to this area, due to less expensive rent prices and an array of hip locations to visit. With restaurants, bars, and shops littered throughout the street, there’s something for everyone who visits the Canal-Saint Martin. 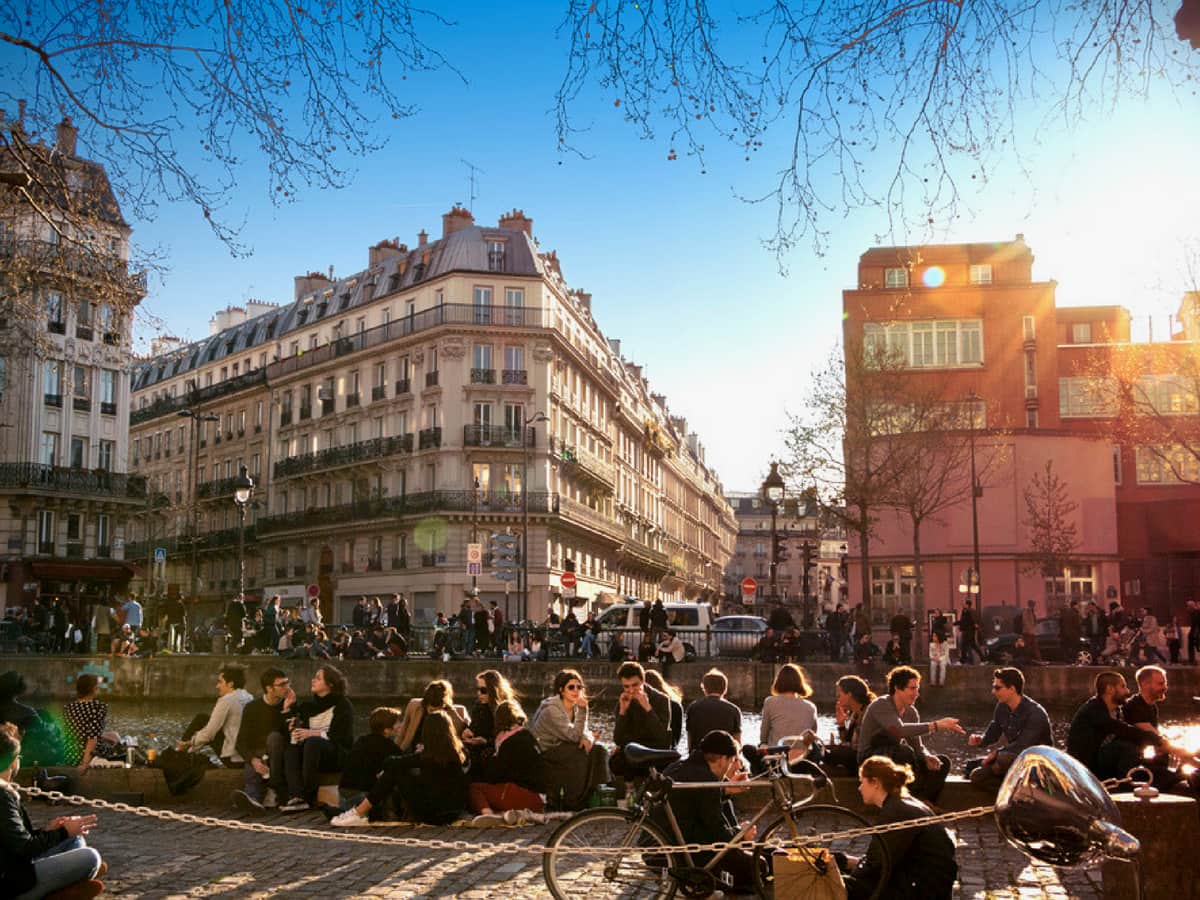 In 1802, Napoleon I ordered the construction of the canal. This artificial waterway would provide and supply fresh water in Paris. The canal would receive water from the river Ourcq, which would aid in decreasing the risk of dangerous diseases such as cholera and dysentery. Clean water would be available from fountains, and for cleaning the streets of the city.

The prefect of Paris at the time, Gaspard de Chabrol, put forward the idea of building the canal from the river Ourcq. The canal was dug between 1802 and 1825, which went on to supply the city with a range of goods, transported by boat. Two ports were also constructed for unloading the goods: Bassin de la Villette and Port de l’Arsenal. Fun fact: there might not be a canal there today if all went to plan. In the 1960s, traffic dwindled on the canal, and it was almost replaced with a highway. But for whatever reason, this never went ahead, and the canal is still there today. 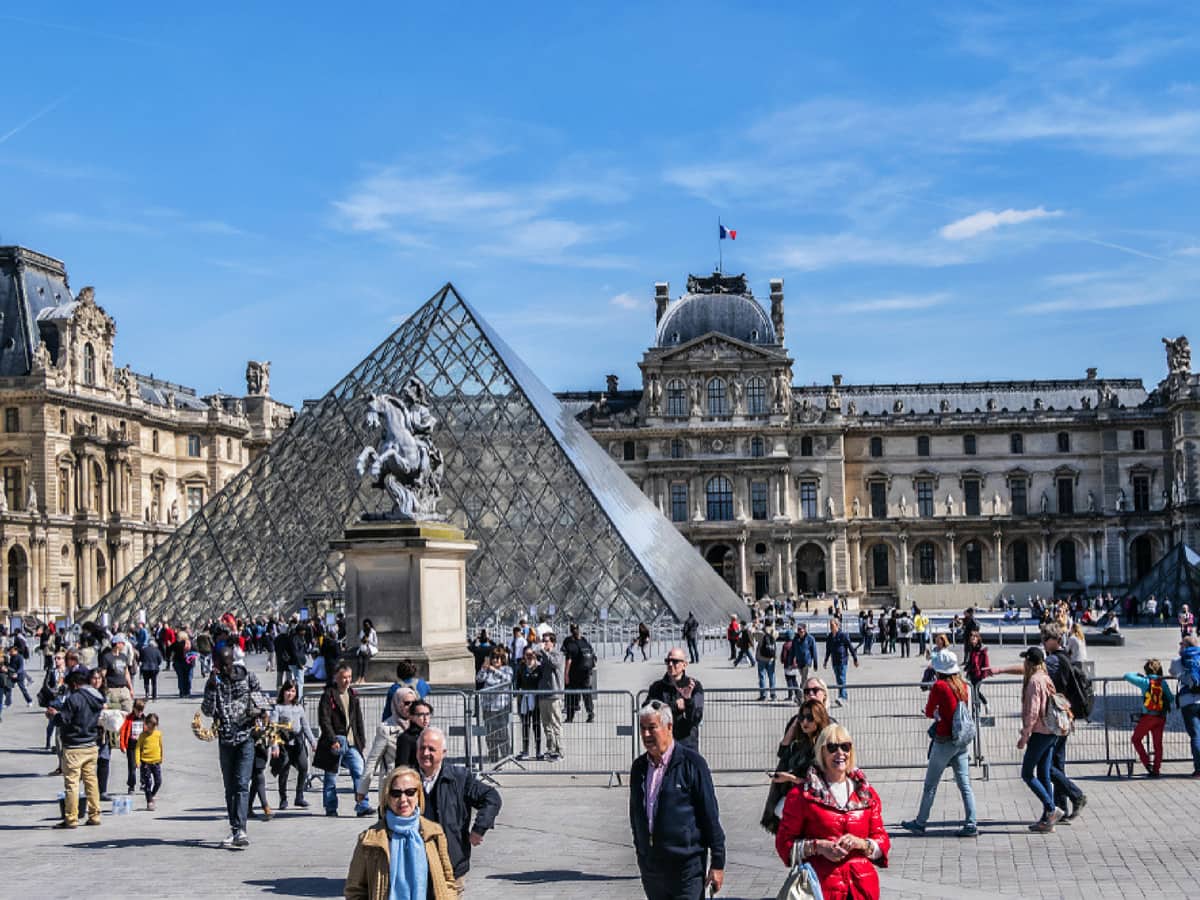 As you walk away from the Eiffel Tower, you’ll come face to face with Musée du quai Branly – Jacques Chirac almost instantly. This museum showcases indigenous art and cultural artifacts from Asia, Africa, Oceania, and America. It’s home to a whopping 450,000 pieces, 3,500 of which are displayed at a time. Some of the collection is also on display within the Pavillon des Sessions in the Louvre.

As you travel in the direction of Canal Saint-Martin, you’ll come across several famous museums: Musée d'Orsay, Musée National Picasso-Paris, and the Louvre. Musée d'Orsay holds a selection of French art from 1848 to 1914, showcased in the form of paintings, sculptures, photography and a range of furniture. Musée National Picasso-Paris is dedicated to the Spanish artist and creative genius Pablo Picasso, containing over 5,000 of his works on display, and tens of thousands of pieces from his personal repository in archives. Among his works are traditional paintings and sculptures, as well as engravings, notebooks, manuscripts, drawings, and photographs. The Louvre, the most famous museum in the world, is the home to some of the most well-known pieces of art across the globe, such as the Mona Lisa, Venus de Milo, the Winged Victory of Samothrace, the Dying Slave, and the Coronation of Napoleon. 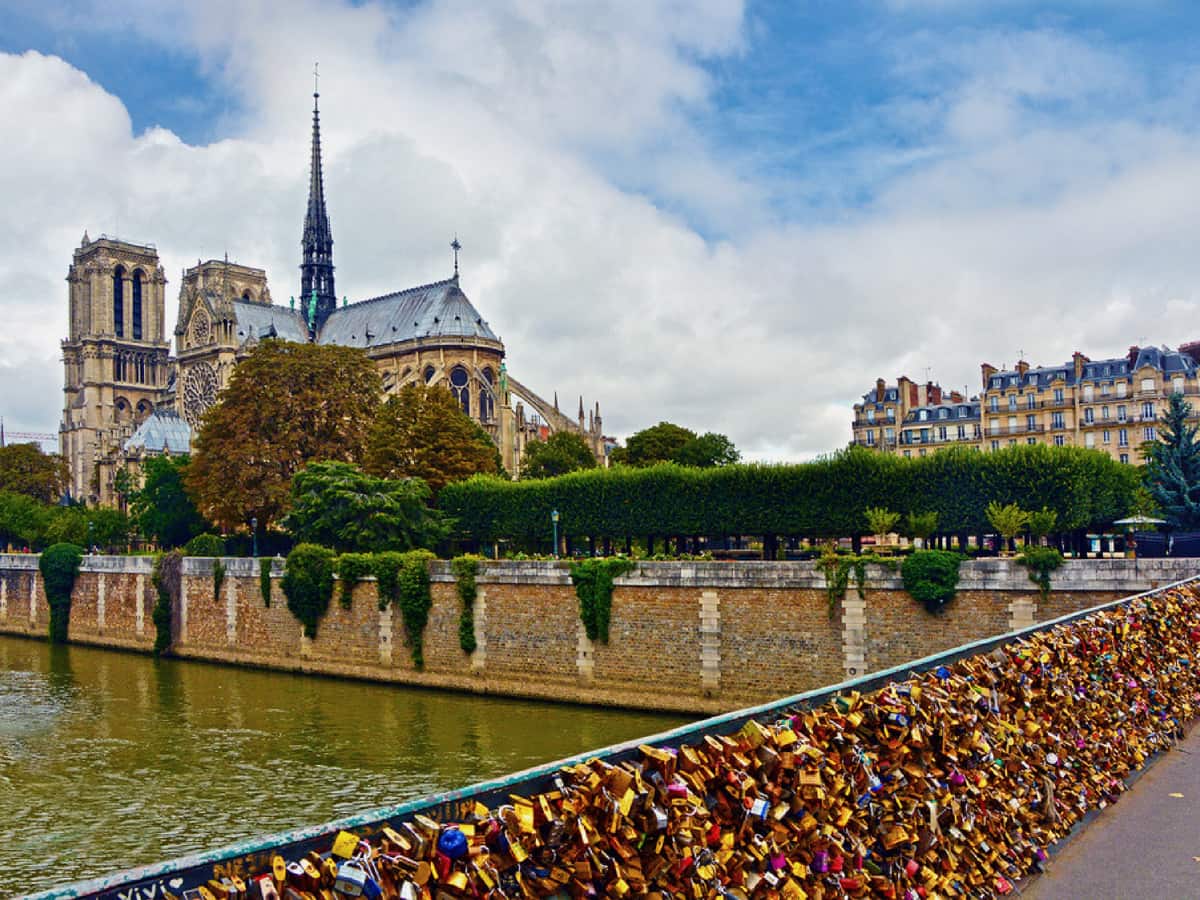 You’ll also encounter a number of famous Parisian bridges that cross the river Seine, such as Pont Alexandre III, Pont des Arts, and Pont Neuf. The Pont Alexandre III is the bridge that connects the Eiffel Tower and the Invalides with the Champs-Élysées. It’s been established as the most ornate and extravagant bridge in the city of Paris and has been known as a French Monument Historique since 1975. The Pont des Arts, also known as Passerelle des Arts, connects the Institut de France with the Louvre Museum, hence the name. It’s also known by another name: the Love Lock Bridge, where couples go and fasten a padlock to the side of the bridge. The Pont Neuf is one of the oldest bridges in Paris and is located close to the Île de la Cité. It was one of the first open-topped bridges in the city and was also one of the first bridges to be built out of stone. 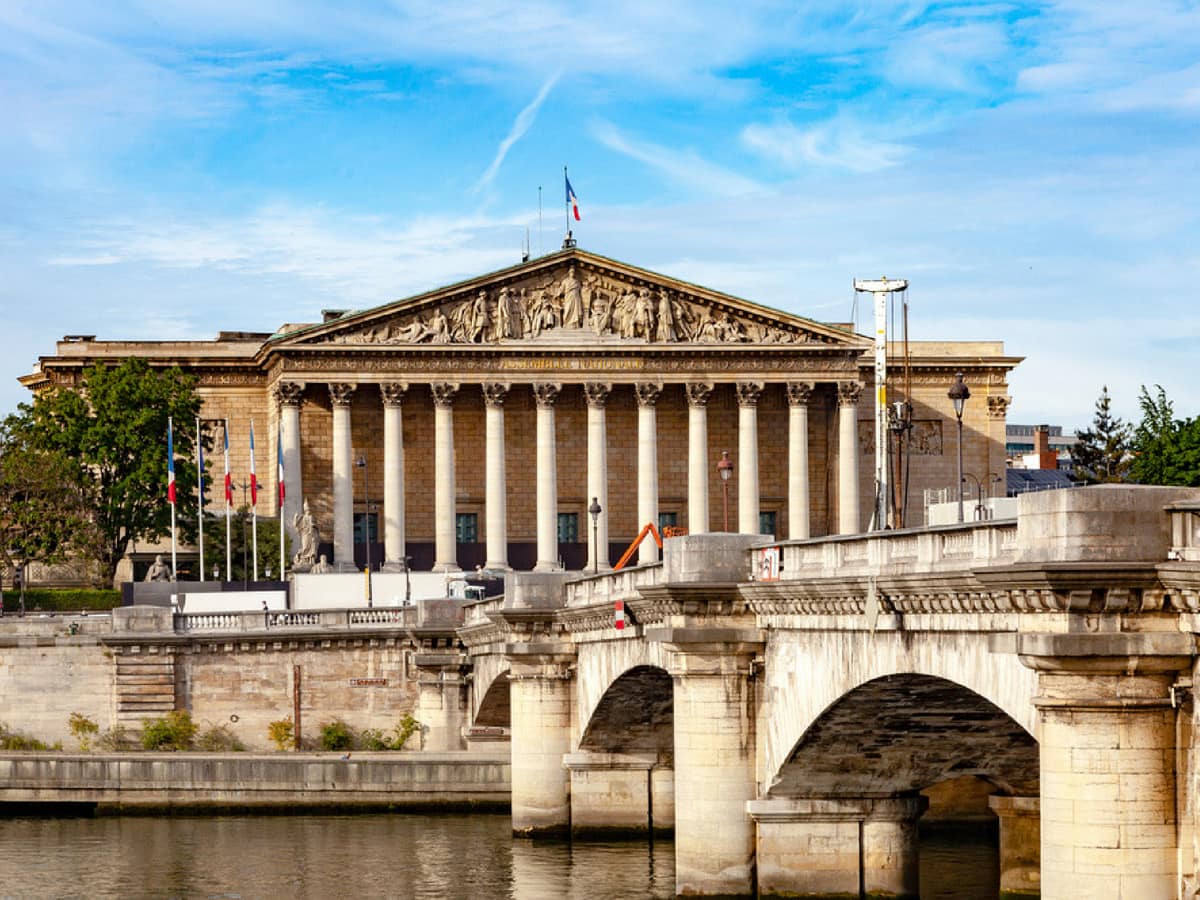 There are two particularly well-known buildings that you’ll meet when you travel from the Eiffel Tower to the Canal Saint-Martin: the Palais Bourbon and the Sainte-Chapelle. The Palais Bourbon is a governmental building that sits on the left bank of the river Seine and is the seat of the French National Assembly. It was built in 1722 and was the meeting place of the Council of Five Hundred. Nowadays, it includes the Hôtel de Lassay and is the official home of the President of the National Assembly.

The Sainte-Chapelle is a royal, Gothic-style chapel built back in the 13th century. It’s contained within the Palais de la Cité, which was the home of the King of France right up until the 14th century. It took 10 years to build and is now seen as one of the greatest achievements of Gothic architecture’s Rayonnat period. It’s one of the earliest surviving buildings of the Capetian royal palace and was restored to its former glory during the 19th century. Fun fact: it has one of the largest collections of 13th-century stained glass collections in the world. 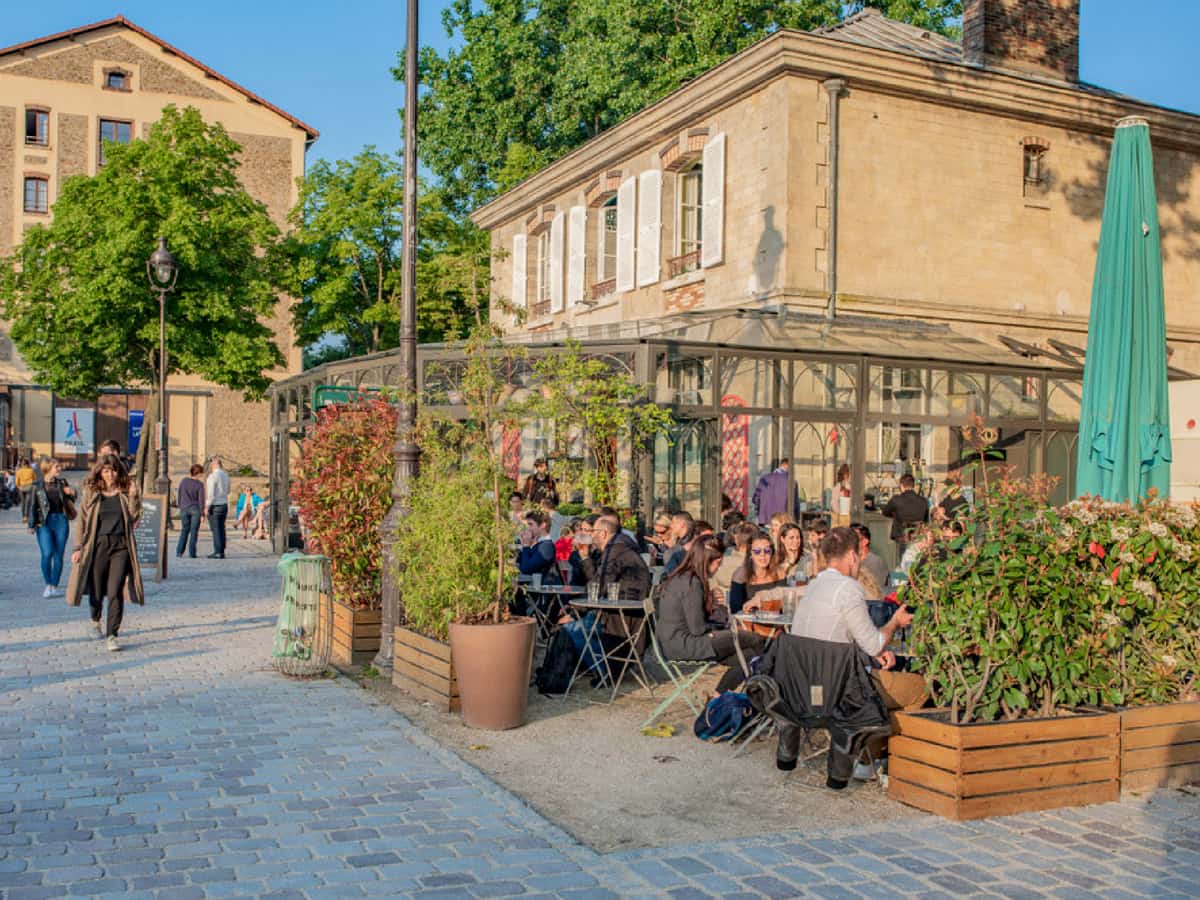 During your scenic walk of the Canal Saint-Martin, you’ll have the opportunity to stop off for a bite to eat or a delicious dinner at one of the area’s many restaurants. Each location varies and serves an array of different cuisines, but some of our favorites are Point Éphémère, Chez Sesame, Nola, Two Stories and La Marine. There’s also plenty of bars scattered throughout, if enjoying a beer or a cocktail’s on the cards. Recommendations? Sure thing! We think The Cork and Cavan, Gravity Bar, Chez Prune, Le Coq and À La Folie look like they’re well worth a visit.

Going to Paris? Come on over and check out our range of Paris tours!

The Best Beaches in Barcelona Guide