Venice is a city built on water and has a record number of 300 bridges throughout. It’s not possible to visit all of them in one trip (unless you’re a REALLY determined bridge enthusiast), so in today's post, we’re bringing you our top 6 unmissable bridges in Venice. 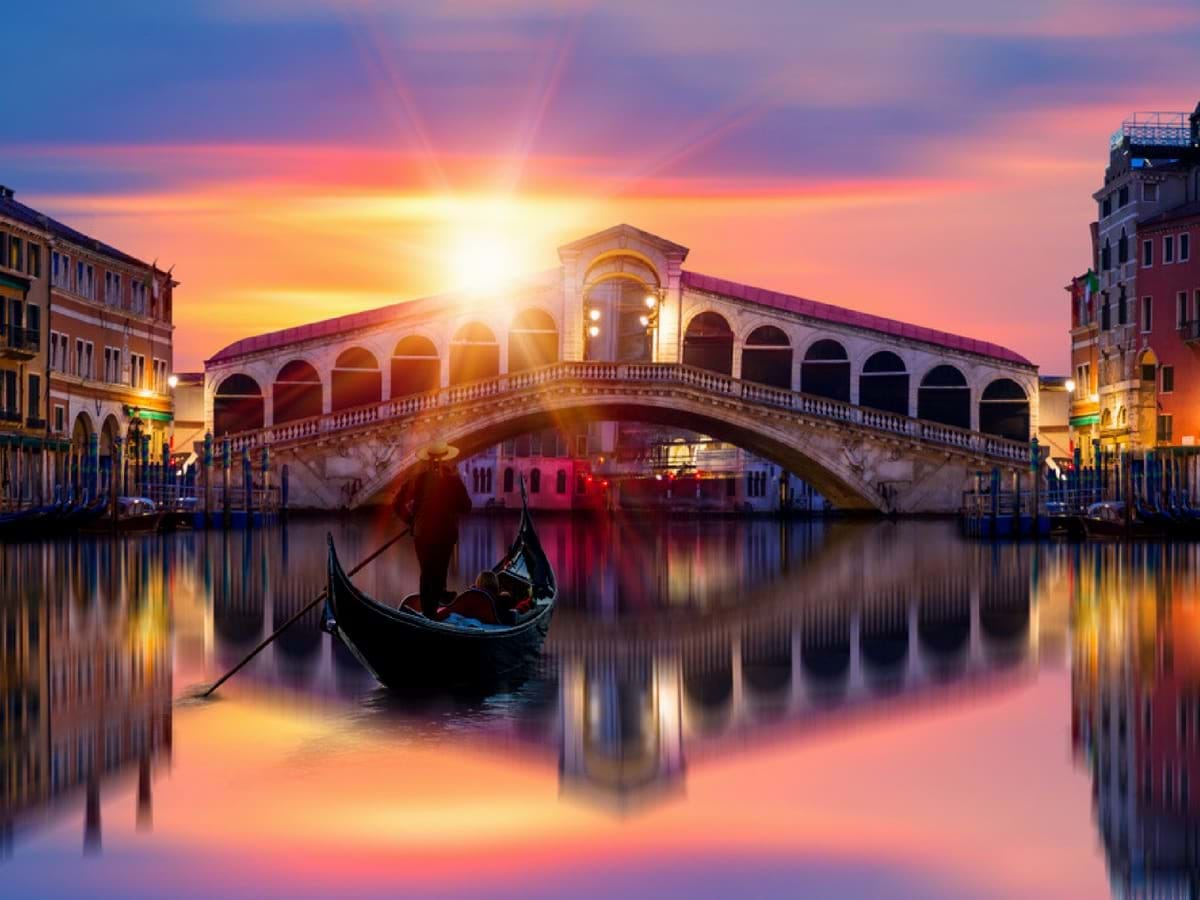 Rialto Bridge is one of four of Venice’s oldest bridges. It was built between 1588 and 1591, taking just 3 years to complete. It consists of a stone-arch bridge that crosses the narrowest part of the grand canal. Constructed at the end of the 16th century, it’s seen in high regard as an architectural and engineering achievement of the Renaissance. During its construction, 6,000 timber piles were used under each abutment to support the weight of the stone arch. The Rialto Bridge replaced four bridges that were there before and was the only way to cross the Grand Canal on foot until 1854 when the Accademia Bridge was built. 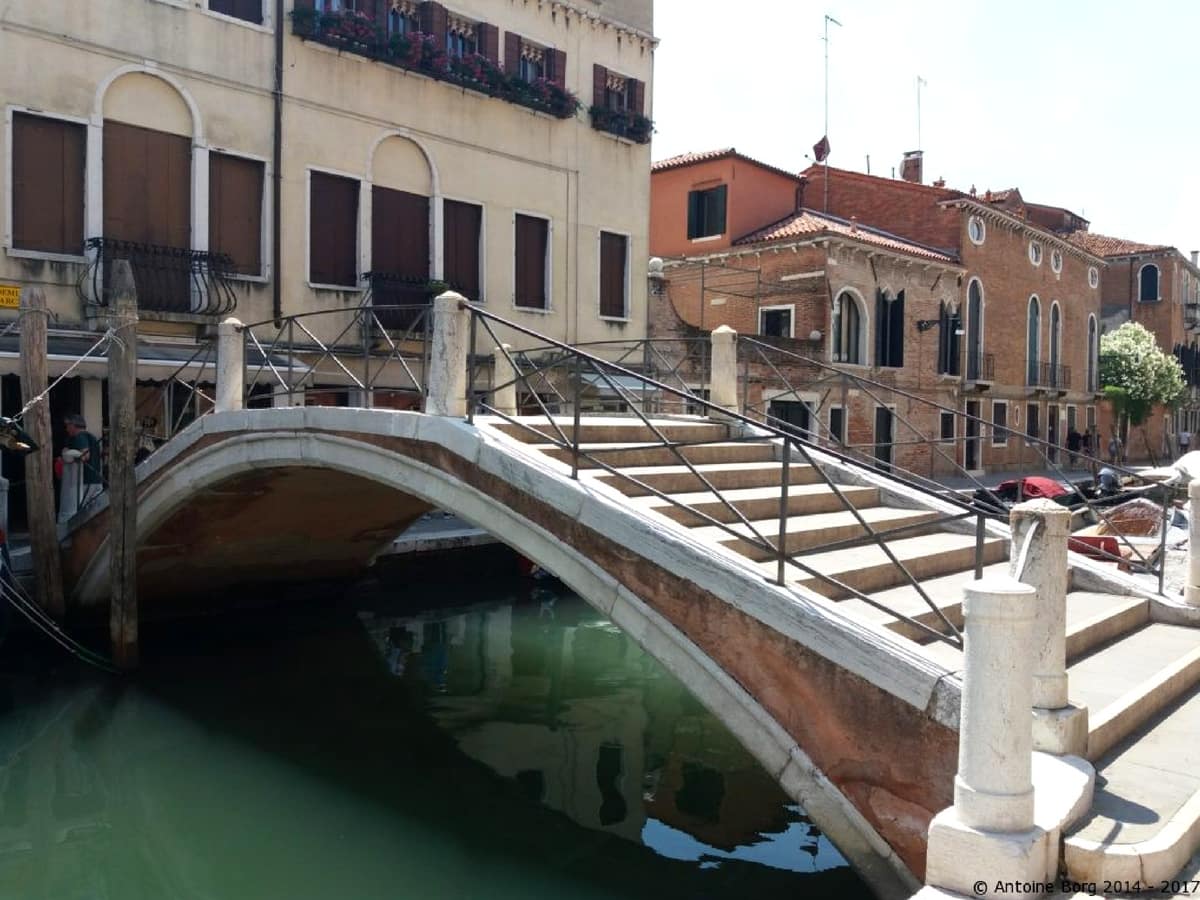 Ponte dei Pugni, also known as the Bridge of Fists, is another of Venice’s well-known bridge. Going by the name, there’s a lot of intrigue regarding the history of this bridge. At the beginning of the 17th century and during the final four months of the year, the “War of the Fists” came to be. This was when rival clans got together in large numbers to fight their enemies with their fists, with the aim of plunging their opponents into the water below. We wouldn’t want to be on the receiving end of any of those punches, that’s for sure! 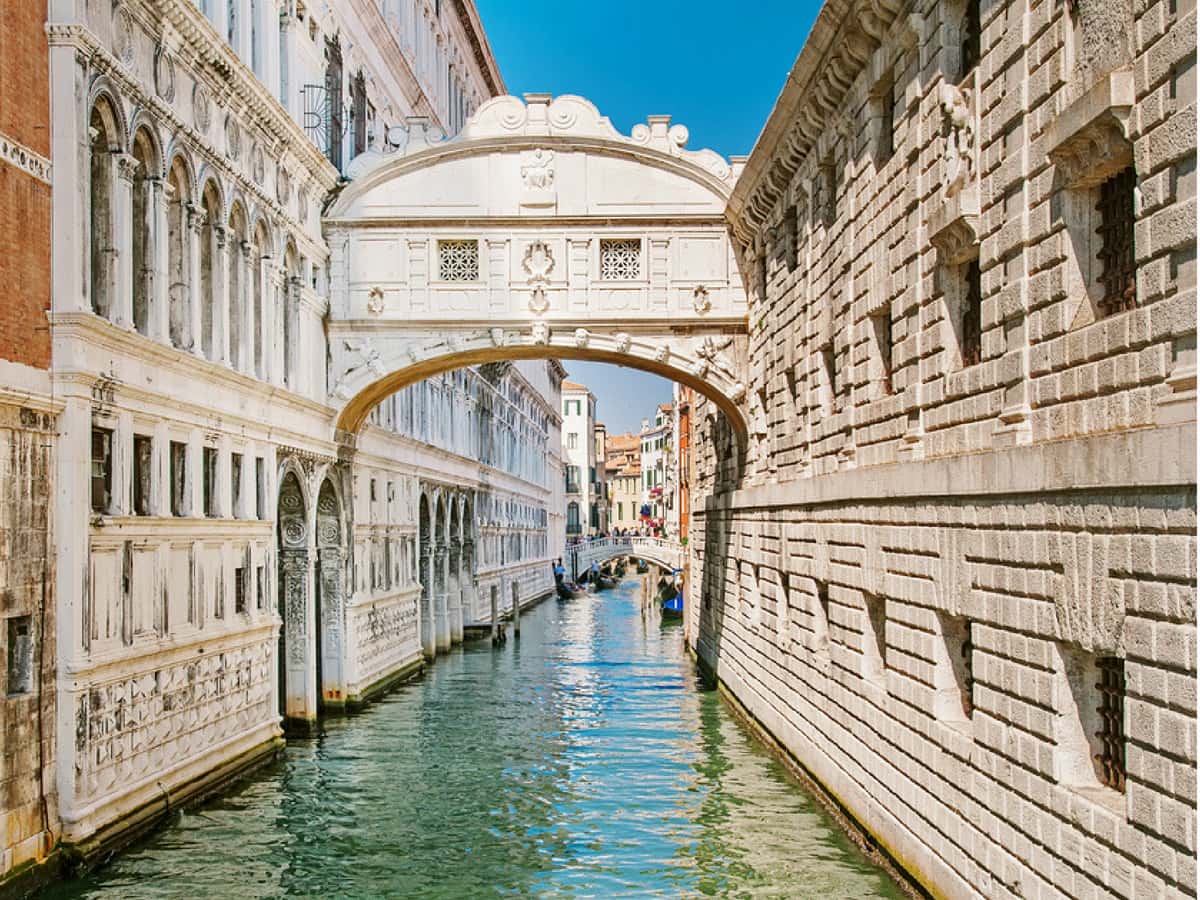 Built at the beginning of the 17th century, the Bridge of Sighs gained its name from those who crossed it. Those who crossed the Bridge of Sighs were seen as guilty of something, and it seemed likely that they’d be put in prison for a long time because of this. The name comes from the sighs that would happen as a result of crossing the bridge, because of the loss of freedom for those who were about to be incarcerated. This theory was popularized by Lord Byron, who mentioned it throughout some of his writing. 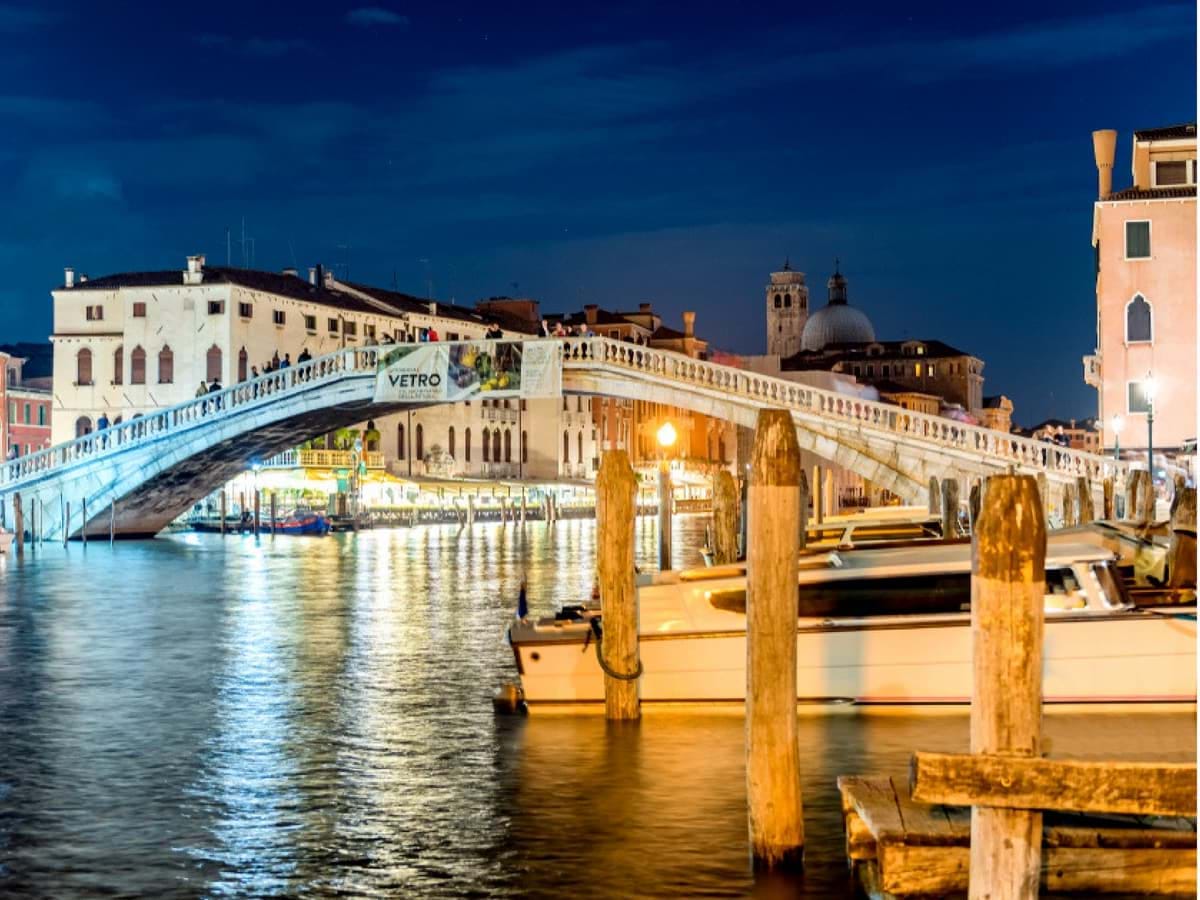 Another name for Ponte dei Scalzi is the Bridge of the Barefoot. Designed by Eugenio Miozzi as a replacement for the Austrian iron bridge, it was completed in 1934. Miozzi designed it in a way that was structurally sound with his “compensatory systematic lesion” method, ensuring minimal bending and a lack of pressure within the stonework. Despite being one of Venice’s less distinguished bridges, its also an attractive architectural piece with its elegant, slender design. 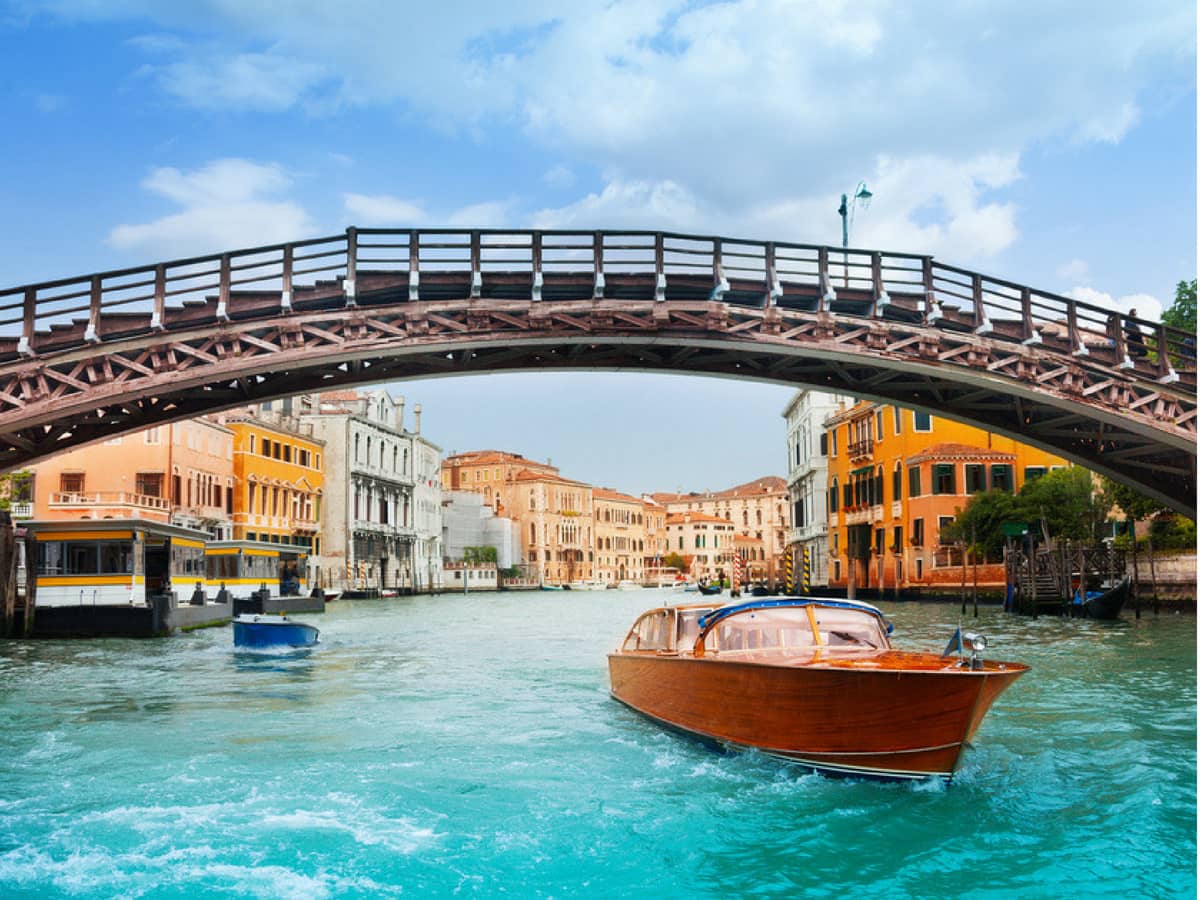 Ponte dell’Accademia connects the San Marco district to Dorsoduro, where the Accademia gallery can be found. It’s well-known for offering the very best views in Venice, as you can look upon the Grand Canal from its greatest vantage point in both directions. It’s a vast contrast to many of the marble bridges in Venice, as this one was constructed from wood. Despite this, it’s still one of the city’s most atmospheric points and not one to be missed! 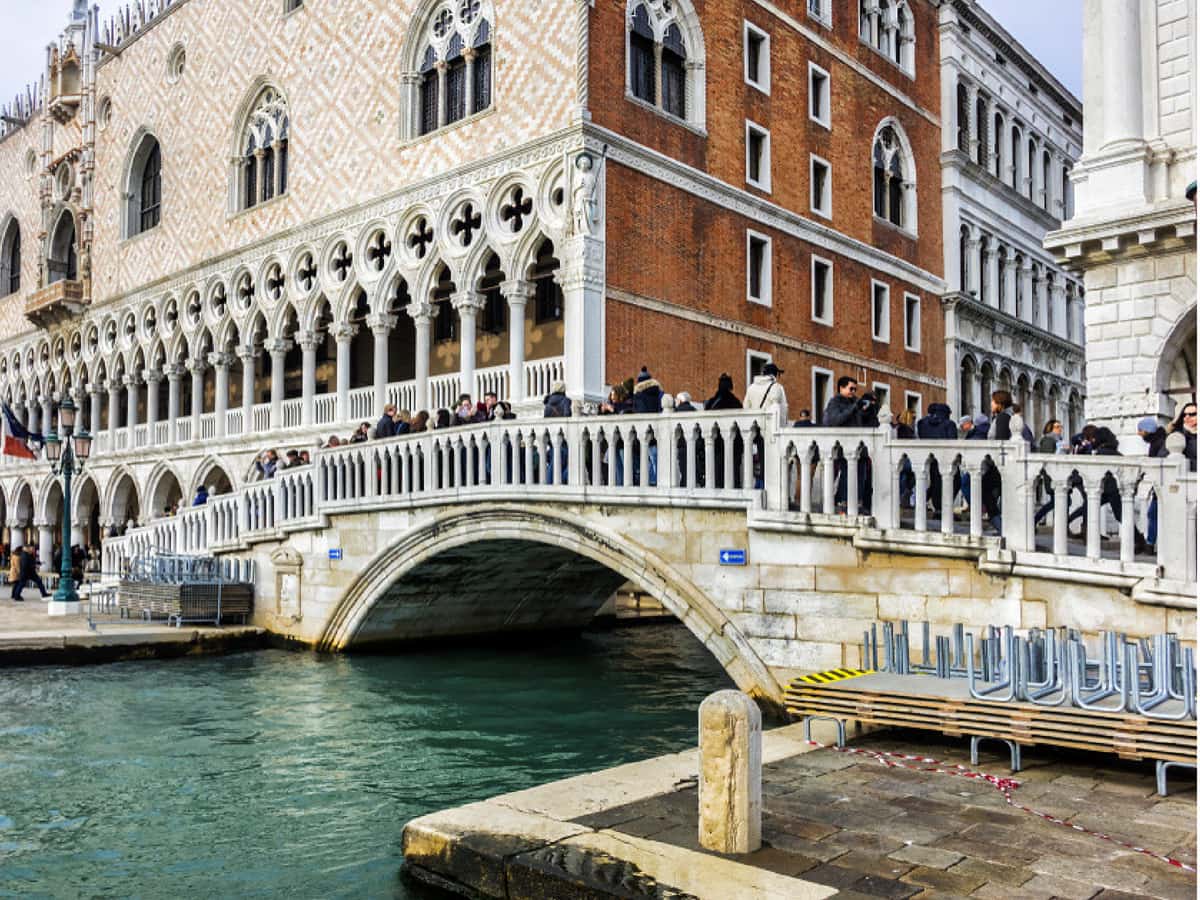 Also known as the Straw Bridge, Ponte della Paglia links the Castello District with San Marco. It was originally built in 1360 and was reconstructed during the 19th century. Its name originated from what occurred nearby; boats would moor close to the bridge and would be loaded with straw to be transported to different areas. Due to the dangerous risk of fire involved in this practice, it was eventually outlawed. Ponte della Paglia is the perfect place to take a photo of the Bridge of Sighs, as it’s located closeby. Two birds, one stone!

Going to Venice? Join us on one of our Venice tours!

On the Trail: Paris’ Canal Saint-Martin