6 Unexpected Sights and Attractions in Paris

Paris has the Eiffel Tower and the Arc De Triomphe but there are plenty of other things to do in Paris for a day if you want to see the real city. Sometimes you need to take the odd detour in order to find out what it is really like. Our guides know this city like the back of their hands. So, when we asked them about their favorite lesser-known attractions in Paris they gave us their six most interesting places to check out.

If you’re visiting Paris because it is the most romantic city in the world you must visit the Le Mur des Je t’Aime wall or the “I Love You Wall” as it is more commonly known. Designed by calligraphists, this charming mural is created with over 600 tiles of enameled blue lava on a wall in a small quiet garden with “I Love You” written 311 times in 250 languages. It is unique in that it includes many rare languages such as Navajo and even slang. Romantic couples flock here to find their own language and take pictures of each other beneath their favorite words.

Here and there are vibrant red splashes on the wall which are parts of a broken heart that can be pieced back together again in your mind. Above the tiles is a stencil of silver screen icon Rita Hayworth and the quote “Aimer c’est du désordre … alors aimons” which translates as “Love is messy...and so we love”. This sums up Paris quite well. An extra bonus nearby is the metro which has one of the few Art Nouveau entrances of Guimard that is still as he designed it. 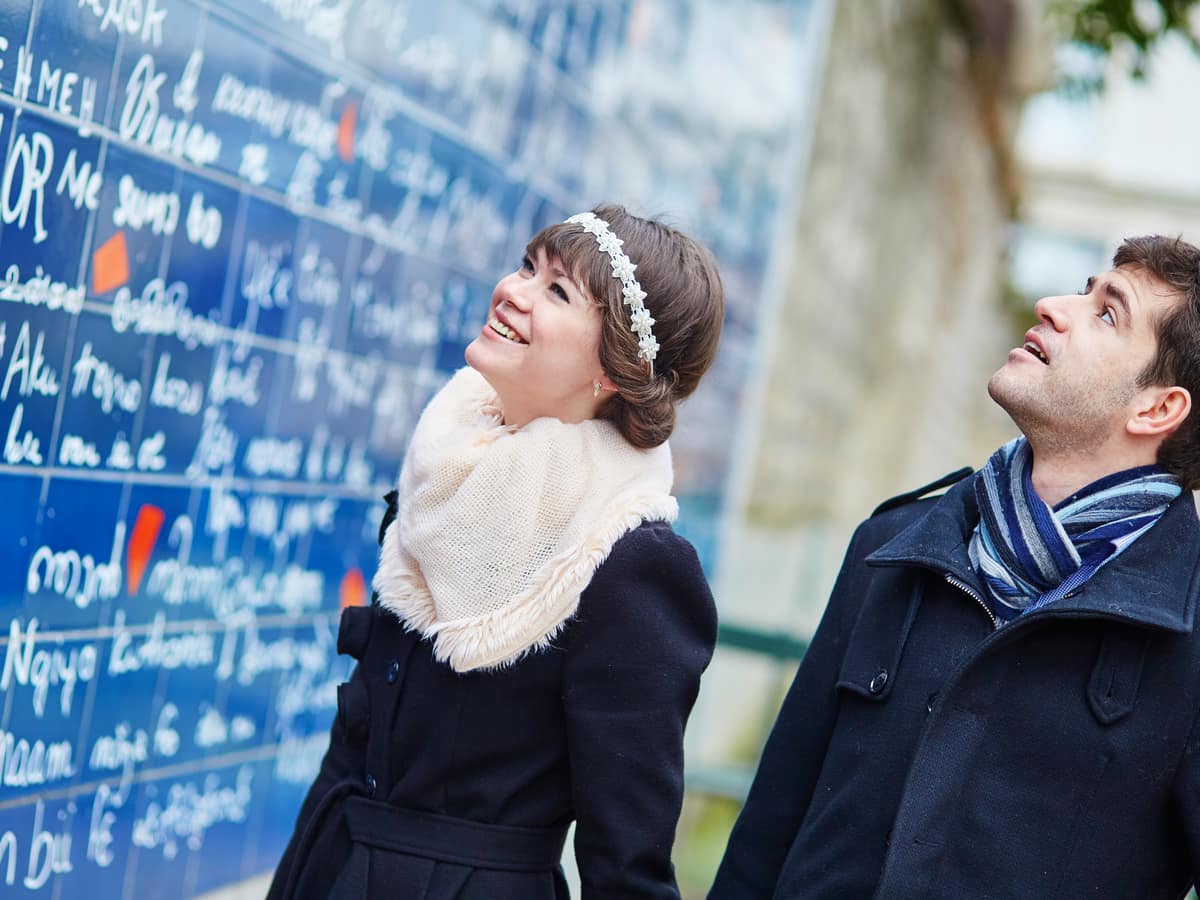 2. The Passages of Paris

The passages are one of the less well-known but typical Parisian attractions that are hidden around the city. Designed in the 18th century to take pedestrians off the thronged streets, these are the fore-runners of what we call malls today. Parisians will argue that we have lost a lot of character along the way. Essentially, the passages are covered walkways with elaborate glass roofs. They are perfect for curious strollers and bargain hunters and give a real sense of the old Paris.

A sense of the old Paris

There are over 20 of them in the city so it is impossible to see them all. Our favorite is the Passage Des Panoramas which has many entrances and is a bit of a maze inside. This makes for afternoons spent exploring the many eclectic shops, boutique art galleries and quaint restaurants within. This passage is also the center of all things stamp-collecting in Paris so expect to see everything and anything related to things postal. 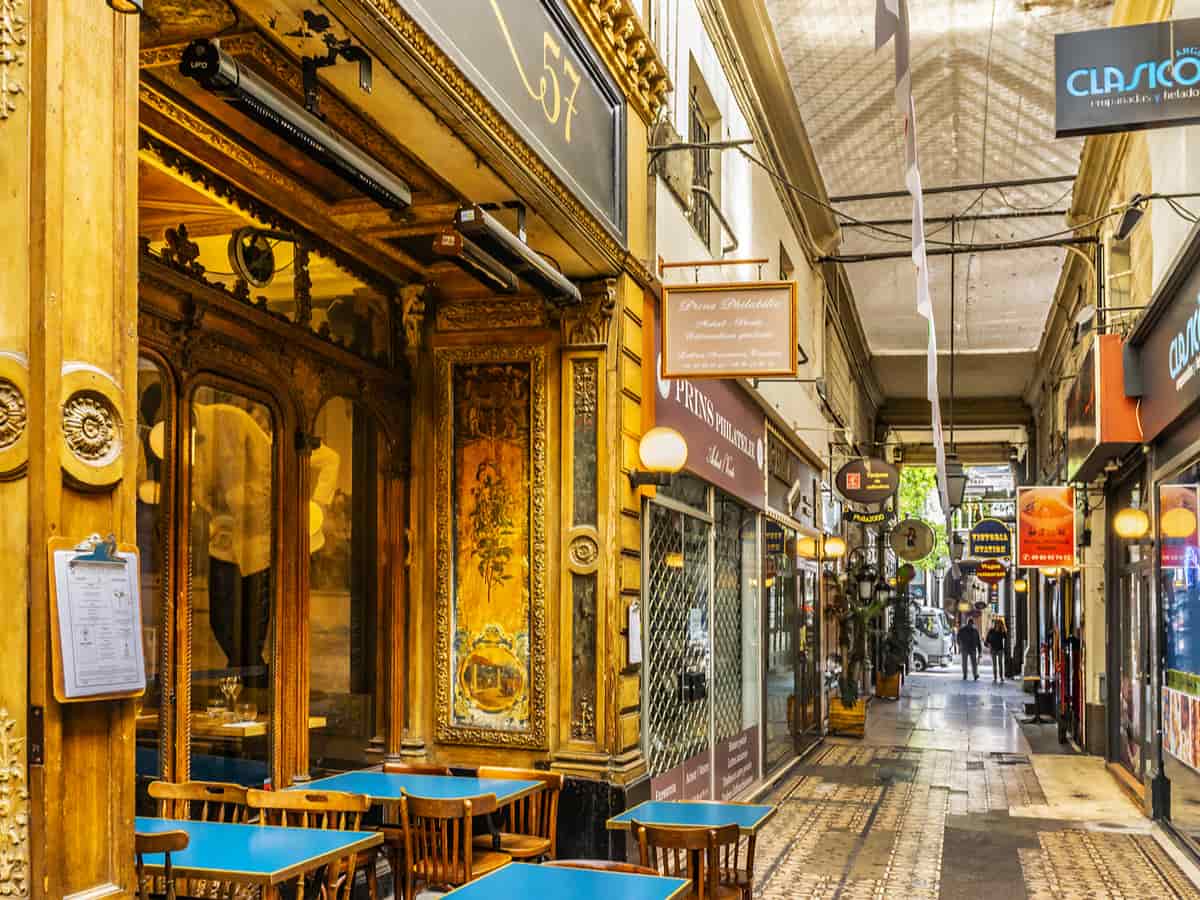 This historical building sticks out between it's two classical looking neighbors on an ordinary street like nothing else you will see in Paris. It was designed in 1901 by Jules Lavirotte who won many awards for his designs. He has been compared to Gaudi in Barcelona and his style draws on French Rococo but that is as close as the similarities get. The upper stories are covered with glazed earthenware tiles and even the roof tiles pop with a dark gold color. If you have a zoom lens or binoculars with you it is possible to make out the flamboyant sculptural floral decorations which swirl and swoop from pillar to post. This is Art Nouveau taken to the extreme.

Art Nouveau taken to the extreme

Ornate green marble pillars stand on elaborately wrought iron balconies. On the first floor, the windows are exuberantly sculpted into different shapes. The ground floor is where most of the attention is drawn. It is easy to make out bulls, turtles, lizards, peacocks, and dragons. Adam is on one side looking as if he has been caught in the act and Eve is on the other side looking delighted. Above the door is a sculpted face said to be modeled on Lavirotte’s wife. All of this frames a quite magnificent doorway which many have argued is a phallic shape, although this probably says more about the observer than the observed. 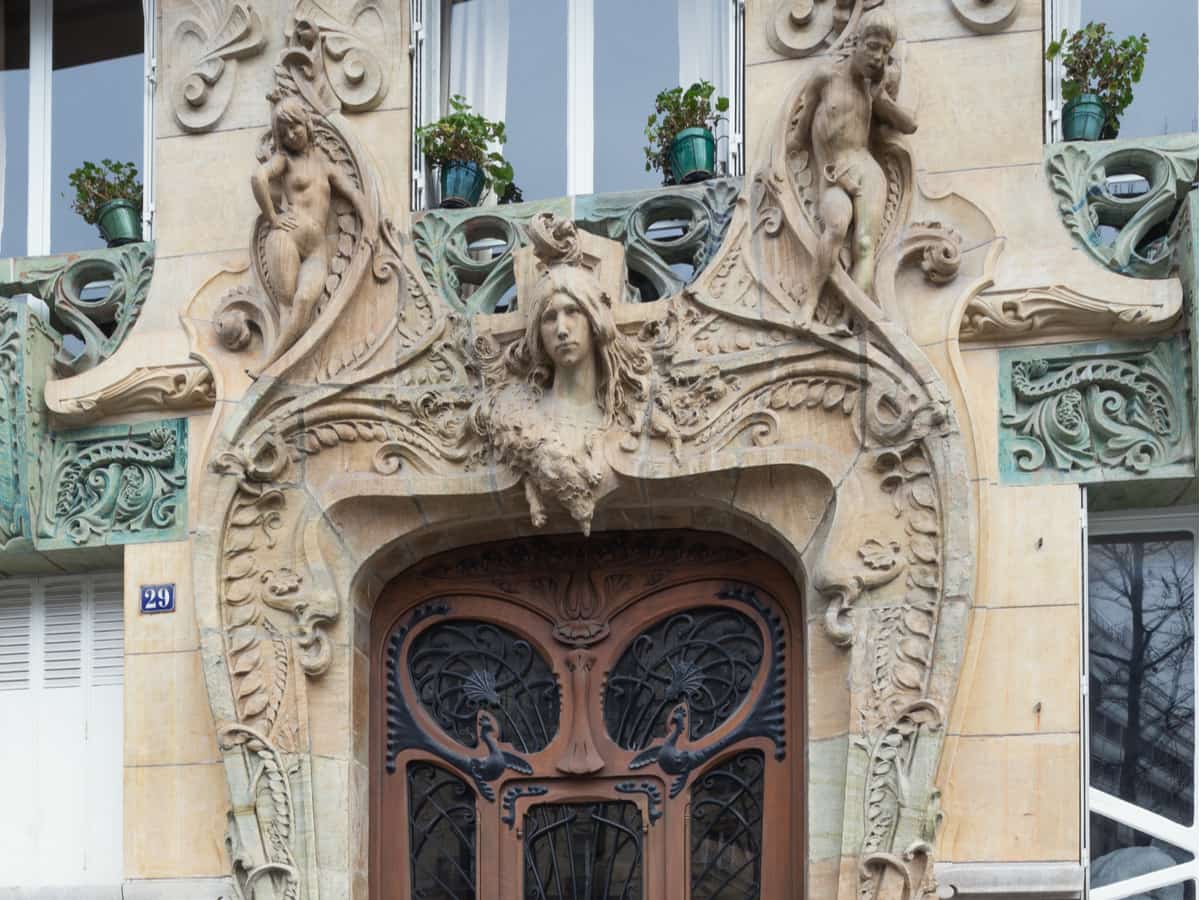 Our next suggestion is an ordinary bar located near the giant flea market in the 18th arrondissement. The only noticeable thing about it is a neon sign outside in the shape of a guitar and the sounds of jazz wafting out. This tiny bar is home to gypsy jazz or 'jazz manouche' as it is called in Paris. This upbeat style of music was all the rage in the Paris of the 30s and 40s. It is a style of music made without wood, percussion or brass and this particular bar is a mecca to its Romani creator, Django Rheinhardt.

His distinctive two-fingered style was created after he was badly burned in a caravan fire. Despite this, he is recognized by most modern musicians as the greatest guitar player who ever played. Inside, the floor is small but the energy is vibrant as musicians drift in and out of jam sessions. This is a friendly local bar and is frequented by many from the flea markets so it still has an authentic Parisian vibe. However, you will see plenty of jazz pilgrims staring in awe at the guitar cases of their heroes hanging on the walls. 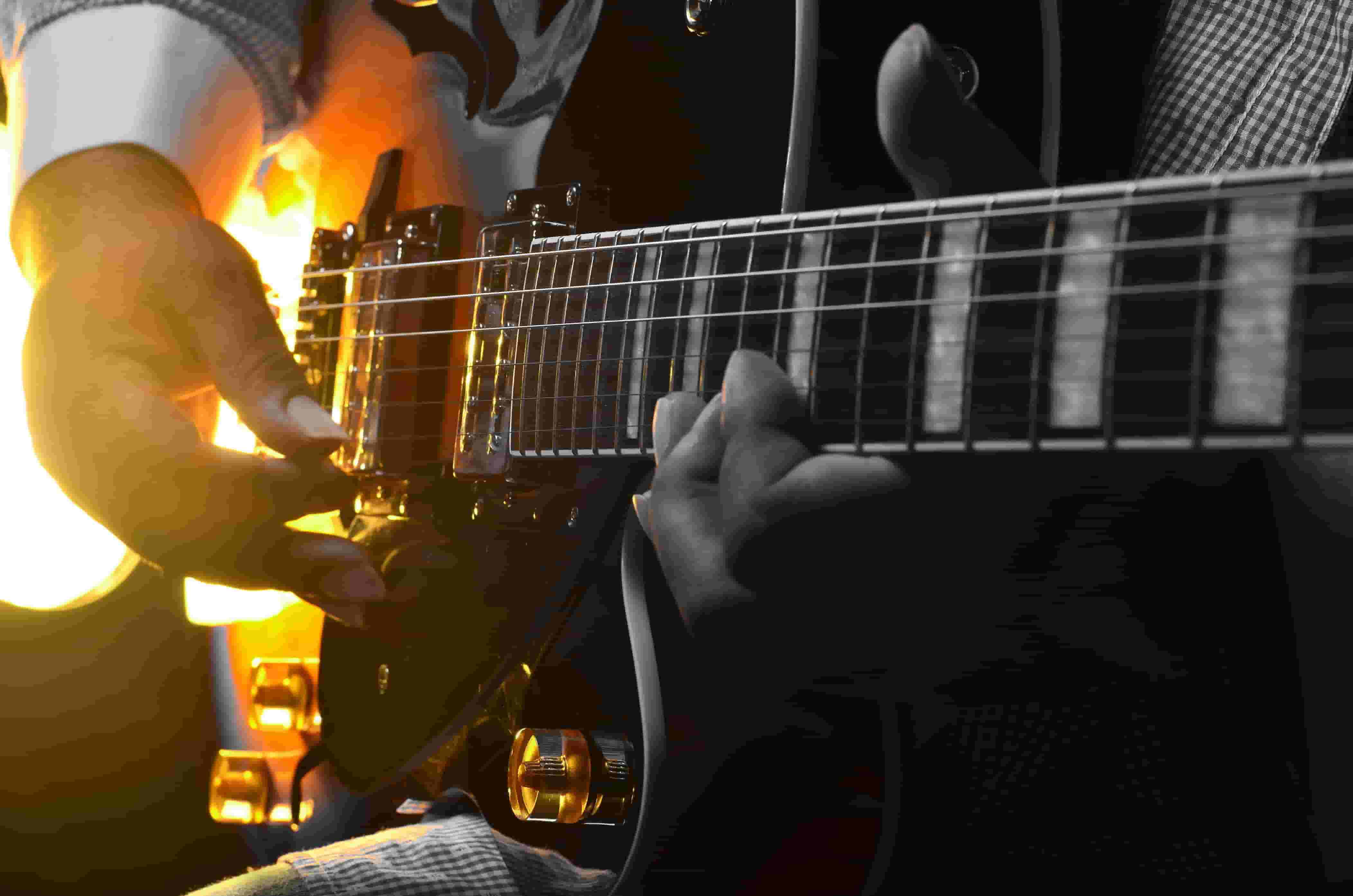 Although this religious building gets a lot less attention than Notre Dame, it contains one of the most amazing displays of stained glass craftsmanship ever seen in history. Built in the 13th century to contain the Crown of Thorns relics, this ancient monument is hidden between French government buildings. It is now a designated World Heritage Site. The church itself is a masterpiece of French Gothic architecture but most people come for the glass on the second floor.

There are 48 windows of colored glass with about 40 scenes from the bible on each window. All told, there are over 1000 figures from the testaments immortalized in color. That adds up to over 6000 square feet of decorated images. Topping it all is the stunning Rose Window. When the sun shines in here it becomes a stunning red and blue heavenly world. This is the nirvana of stained glass and now is the best time to visit as the restoration to clean the windows has been completed. 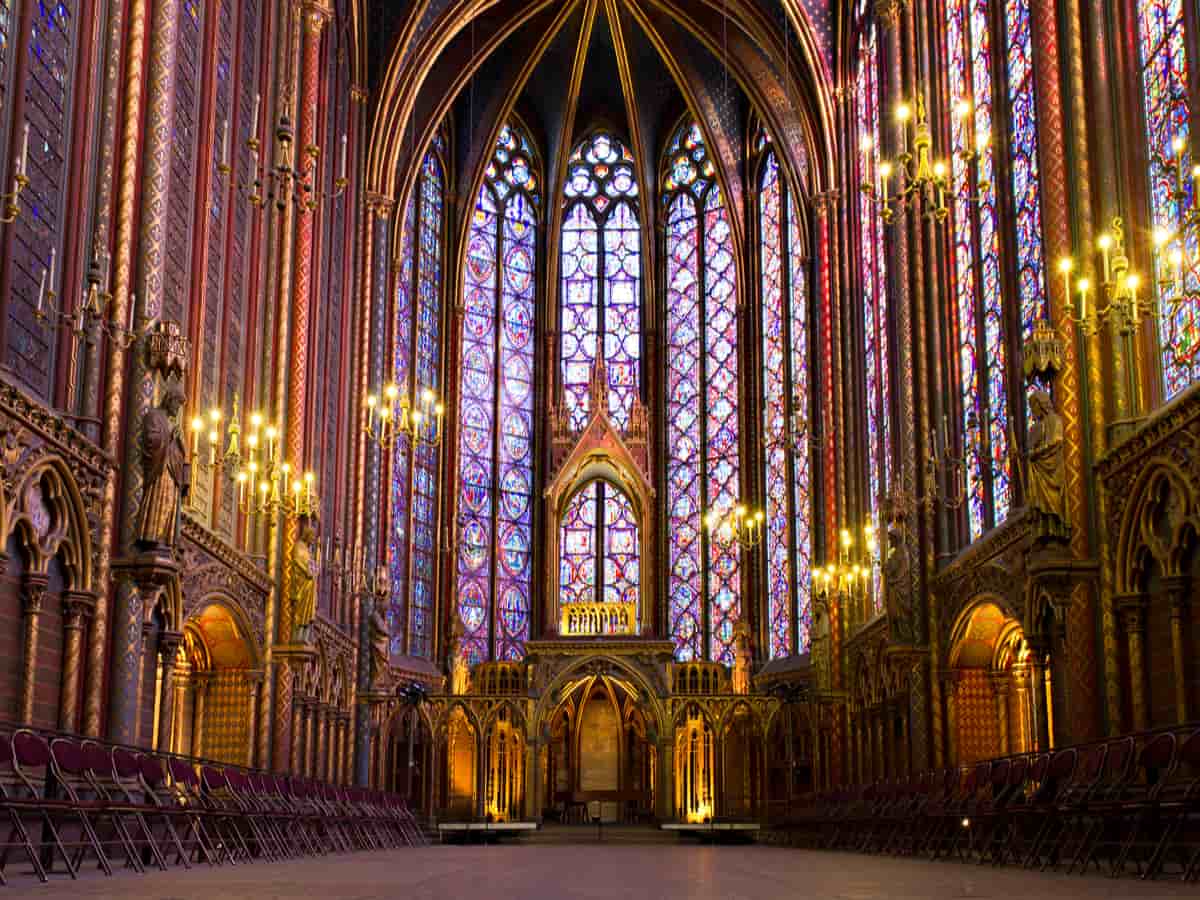 Our last suggestion for unique places to visit in Paris is this museum. It is the national industrial design museum which was founded in 1794 to preserve all of France’s scientific inventions. Within the repurposed church that houses the fascinating exhibitions the story of modern science is told by looking at the many contraptions, curiosities, and inventions that marked progress.

You can see scale models of everything from dams to the Statue of Liberty. On display are steam engines and room-sized supercomputers with less processing power than a modern phone. Giant flying machines are suspended from the ceilings. Old cars sit on pedestals. This is really gadget heaven. Accompanying the exhibition is an audio guide which is done in the form of a funny skit so it very amusing. This unique museum comes highly recommended if you have geeks or children with you. 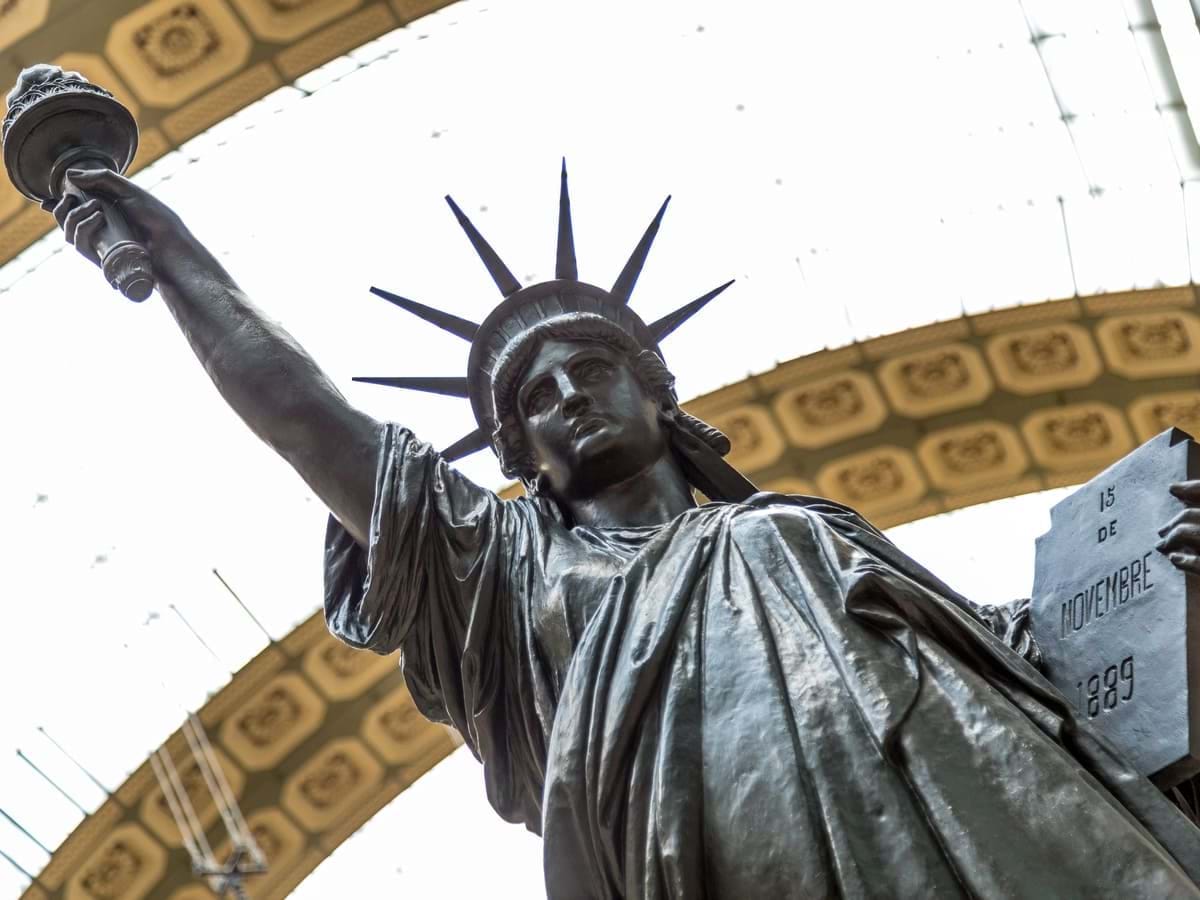 If any of these lesser-known attractions give you a taste for the Paris away from the main tourist spots, make sure that you check out our range of day trip tours from Paris.

Five Delicious Foods that Milan is Famous For

10 Best Things to Do in Florence at Night