Five Delicious Foods that Milan is Famous For

When it comes to what to eat in Milan, this sophisticated city is famous for surprisingly simple dishes. That is not to say that they are basic. Sometimes simplicity can be the legs on which food can travel around the world. In the country where the Slow Food movement was born, these dishes are proof that the best food in Milan is best enjoyed with local ingredients and time spent getting it right.

Few things in this life are as deeply satisfying as a well-made dish of risotto. This is true in Milan where rice was a currency at one stage. At its basic, risotto is cooked in a broth that is usually made with beef stock, bone marrow, cheese and sometimes lard. Different forms of rice are used and different elements such as mushrooms or fish can be added. The result is always the same - yummy creamy comfort food. Ask any Milanese housewife and she will tell you that risotto is an art form. The perfect consistency is acquired by releasing the starch in the rice. This is done by constantly moving it around the pan so, like a child, it requires your undivided attention. You must never take your eyes off it. However, overmixing will make the rice break and you will have glue.  How is it done? Very carefully. Don’t worry. As every local will tell you – even if you mess it up you will still have something edible. 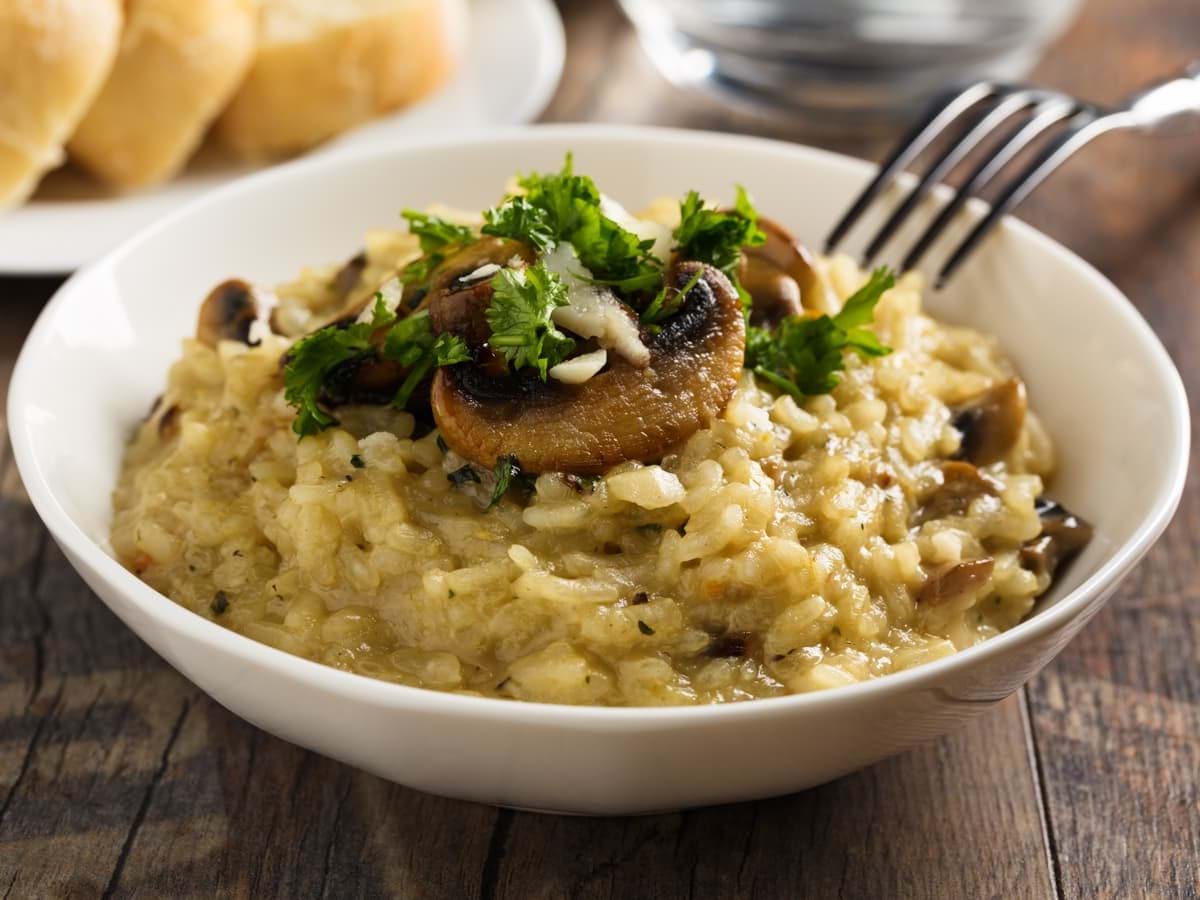 There are many stories behind the creation of this strange looking fluffy bread which was traditionally prepared at Christmas in Milan. One of them involves a medieval nobleman who fell in love with a baker’s daughter called Toni. Another refers to the shape of the hat worn by priests. Most likely neither story has any bearing on the creation of this delicious sweet bread which contains candied orange, lemon and citron zest, and raisins. The ancient Romans made a sweet bread which contained honey so perhaps Pannetone was an evolution. What we do know for sure is that it was perfected by bakers in Milan in the early 20th century. The Italian government is looking to give it protection status because of the unique length of cooking involved (20 hours) which makes it rise so much. The real question is whether it a bread or a cake. You decide. 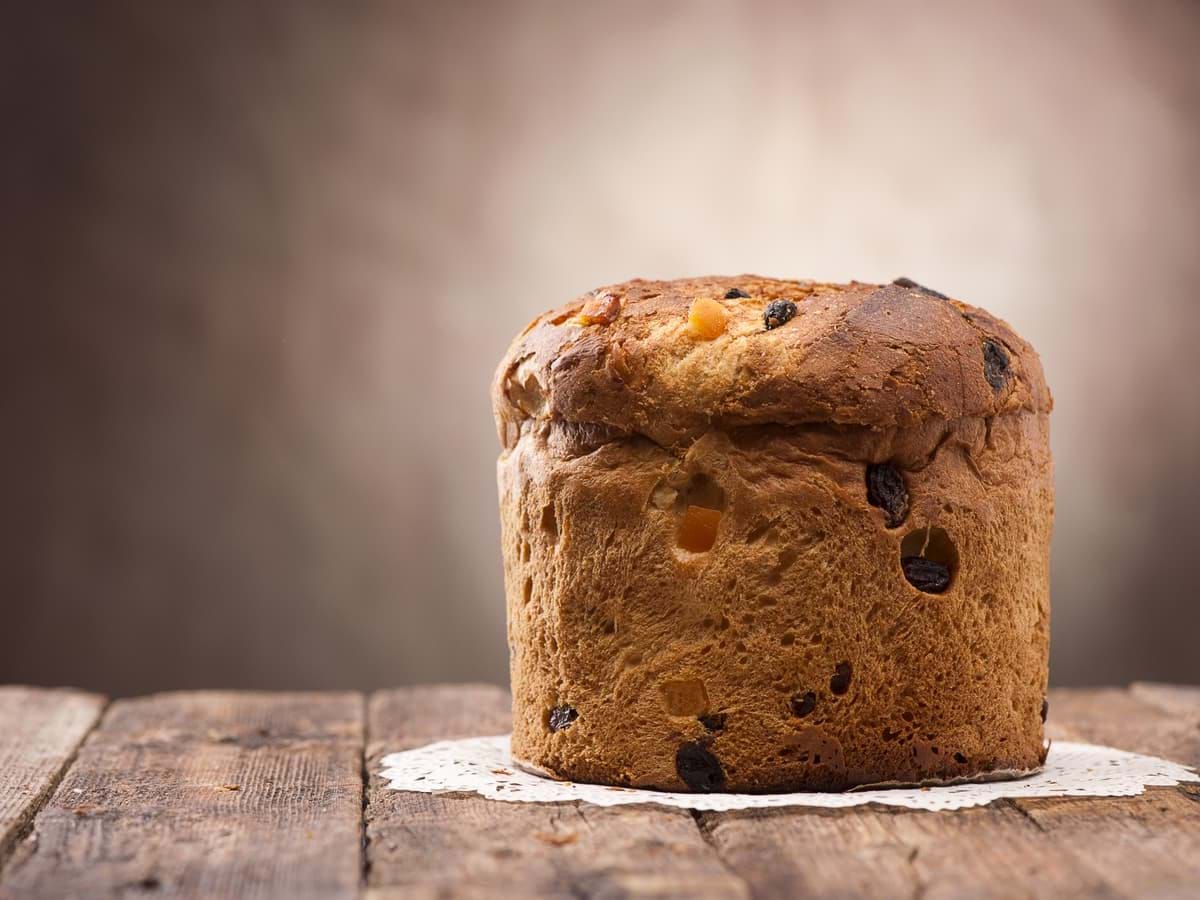 In Milan, they eat it with grapes, honey, pistachios, pears, walnuts, and small pasta. Under Italian law, this blue-veined cheese made from unskimmed cows milk can only be produced in the North of Italy. The town of Gorgonzola, just one hour outside of Milan, obviously lays claim to the creation of this cheese. Although disputed, gorgonzola lover Winston Churchill took no chances and he drew a red circle around the town during World War 2 marking it as a no-bomb zone. The greenish-blue marbling is caused by penicillin mold so cheese aficionados say it is a mix of the human and the divine. The mold gives it a nutty aroma and a bite that would bring tears to a Roman gladiator. Unlike gladiators, it gets firmer as it ages. 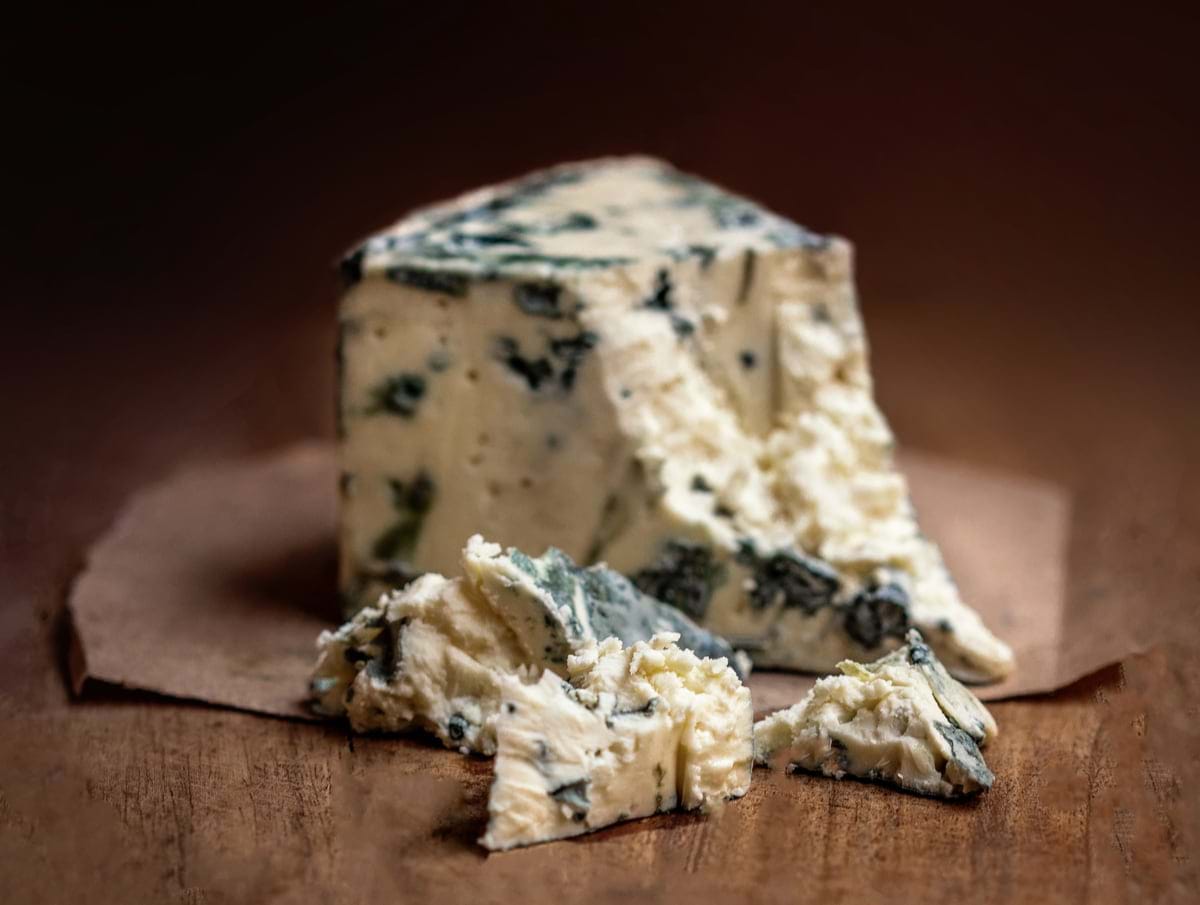 Surprisingly, caviar is quite common in Milan. This is because the town of Calvisano in the province of Brescia is now the world’s largest producer of the fish egg gold. In the 1970s a steel mill owner got the idea that he would be much better off using his spring water for fish farming instead of cooling down the steel furnace. After a chance meeting with a Russian marine biologist, Pacific sturgeons were introduced to the farms and they learned how to extract the roe. This led to the formation of the luxury brand Calvisius which now has 150 acres of sturgeon farms in the area. Milanese caviar experts will tell you that the eggs have a special texture due to the pure water of the area. This is why you will see caviar being eaten everywhere on blinis in Milan. 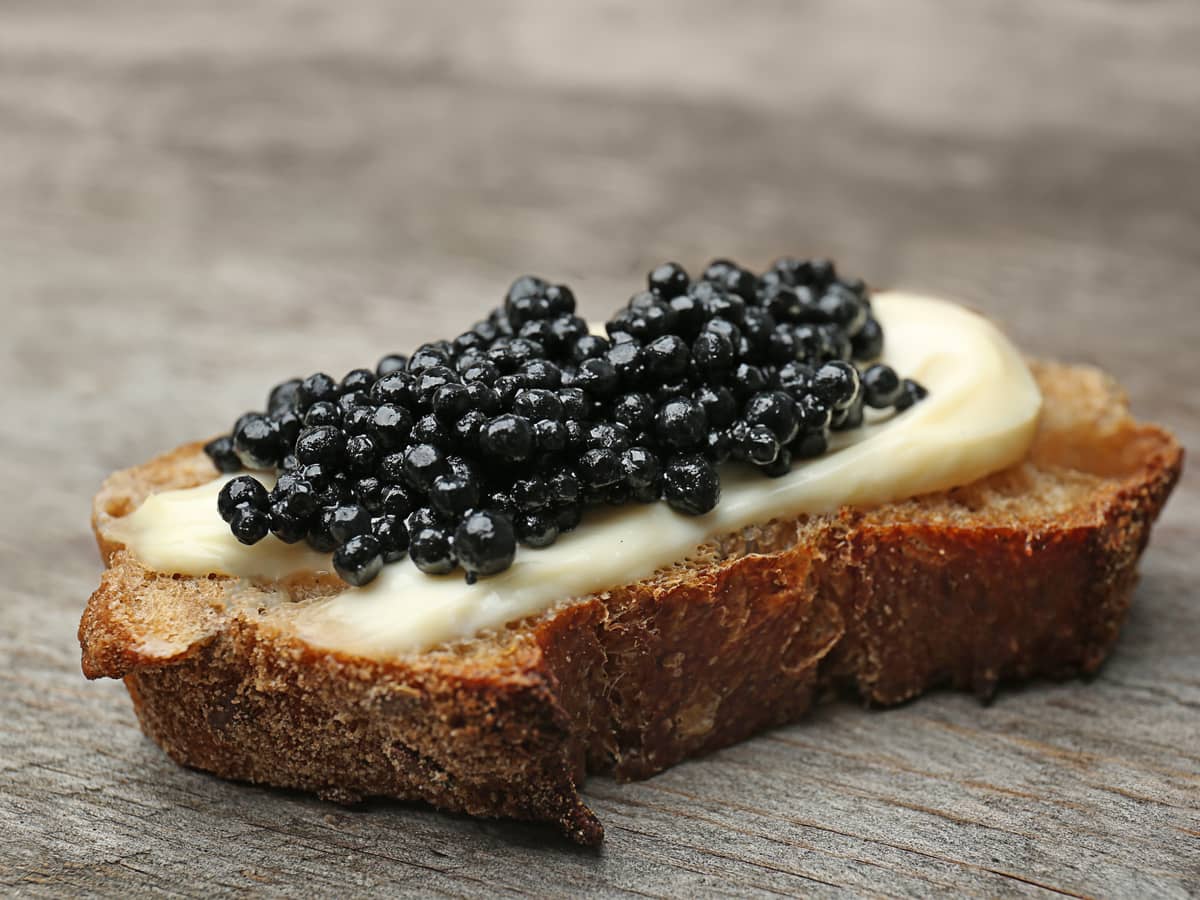 While Polenta may be familiar to those who frequent hipster restaurants around the world, in Milan it is most often seen on the family table. Its name derives from the Latin ‘pollen’ which means fine flour. Usually bright orange or yellow and with the consistency of hot porridge, polenta was traditional peasant food. It was cheap to acquire as it was basically just boiled cornmeal. More importantly, a plate of it fills the stomach. The other benefit of polenta was that it could be eaten in its creamy state or allowed to set and eaten in crispy slices. Real polenta takes a long time to cook and like risotto, you must commit to it. Most locals will tell you that it takes three hours to cook. Take a shortcut and it will end up lumpy. Leave it too long and it will stick embarrassingly to the pan. 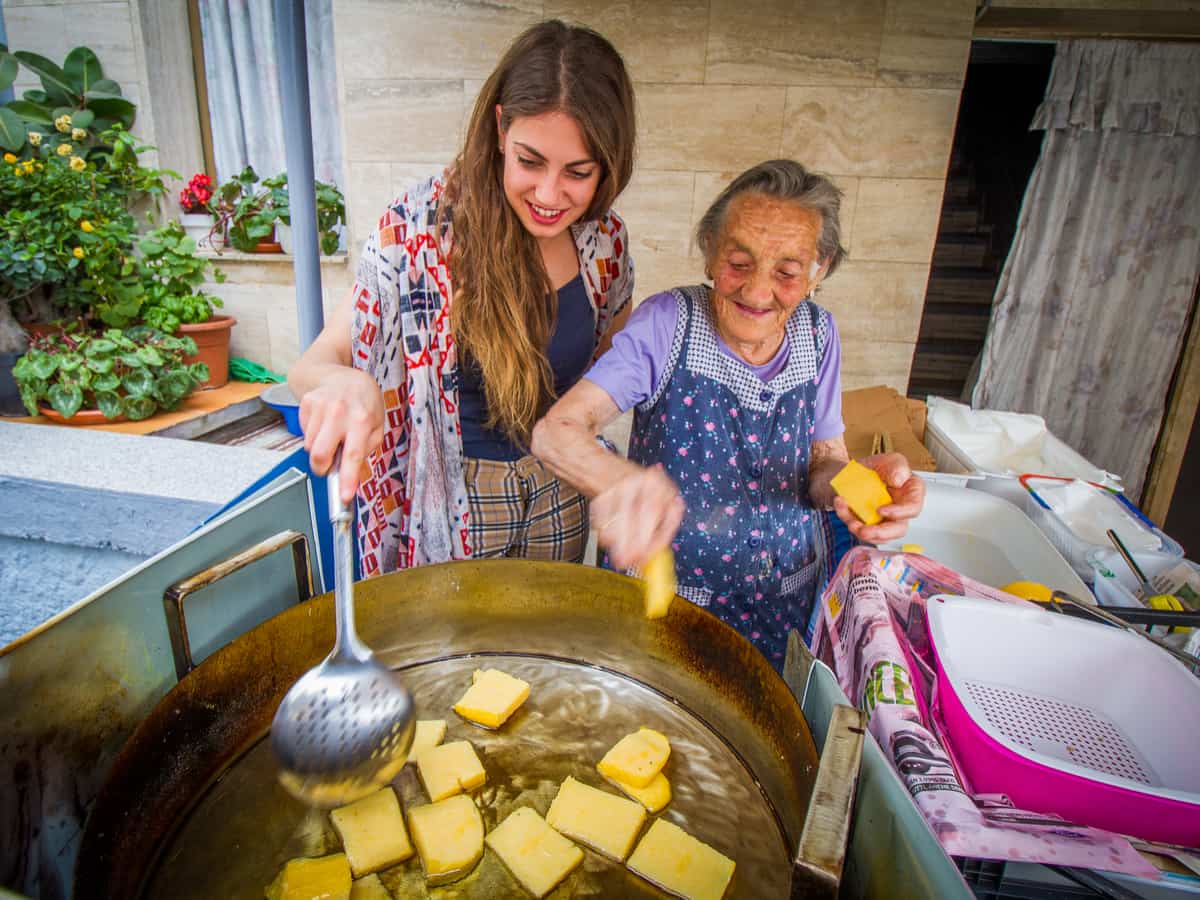 So, there we have it – just a sample of some of the best foods in Milan that the area is famous for. Don’t forget to check out our range of Milan tours to experience some of these foods and other Milanese gems yourself!

The Best Things to Do in London During Winter

6 Unexpected Sights and Attractions in Paris 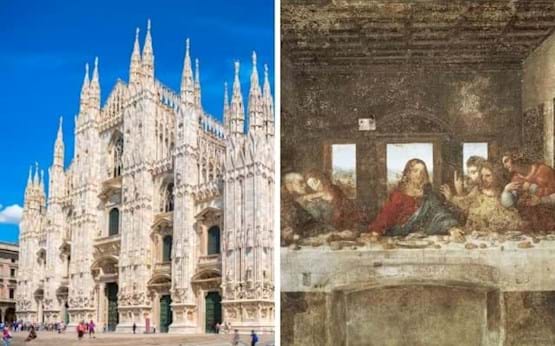 Experience Leonardo da Vinci's 'Last Supper' with no waiting in line and a walking tour of Milan, covering its famous sights. Your guide will uncover Milan's history and Duomo Cathedral with stories that satisfy every curiosity.