Why You Need to Visit Paris

If you haven’t been to Paris yet you better add it to you travel bucket list, stat! Even if you have got the opportunity to visit the City of Light, one of the best things about taking a tour of Paris is that you can visit time and time again and never run out of things to do or sights to see. From mouth-watering cuisine to quirky culture, incredible artwork to the city’s darker side, here’s why every traveler, curious mind or memory collector must visit Paris… 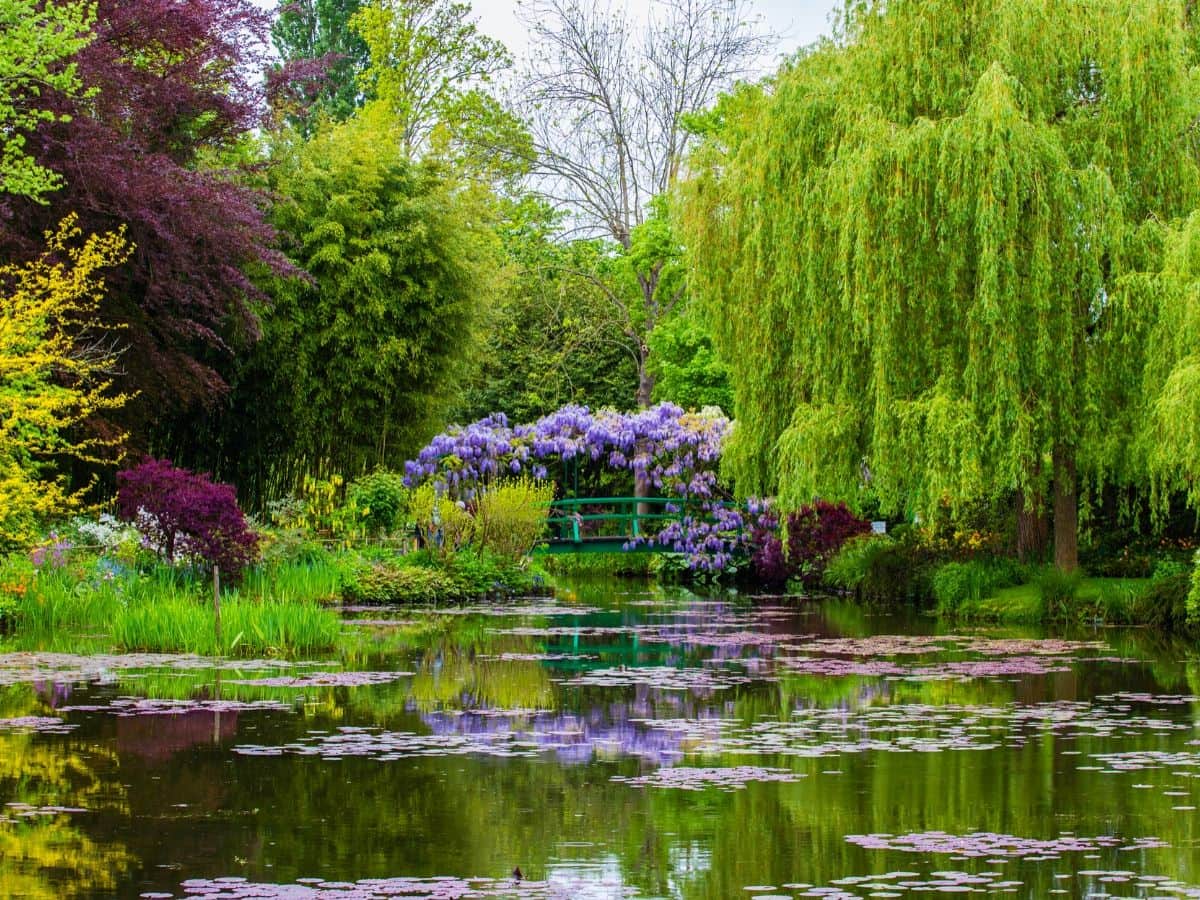 Paris is home to one of the world’s most acclaimed and impressive art museums. On a tour of the Louvre you’ll be treated to views of some of the most iconic masterpieces of all time. From the much-debated Mona Lisa to the ancient sculpture of Venus de Milo, your Louvre tour promises to delight your inner artist. Of course, Louvre tickets are a must for any art-lover to the city, but the Louvre is the only one of the museums worth visiting while you’re there.

Delight your creative side with a tour of the city’s Musée d’Orsay. A lot less crowded than the Louvre but equally as spellbinding, Musée d’Orsay is home to some of the finest examples of Impressionist art in the world. Boasting collections by Monet, Renoir, Manet, Cézanne, Degas and Van Gogh, this converted 18th century railway is a hidden gem of the art world.

If your tour of Musée d’Orsay doesn’t satisfy your need for Impressionism then why not take a trip to the home of the master of Impressionism himself, Claude Monet. On a day trip from Paris you can visit the colorful estate of Monet, which was both his sanctuary and his muse for so many of his most-loved works. Make your way around the artist’s ivy-clad house or take a break and unwind at the estate’s iconic lily pad ponds.

Foodies travel to Paris for the culinary experiences alone. Did you know that there are 70 Michelin-starred restaurants in this delicious metropolis? 10 of these restaurants boast three stars! If Michelin star fine dining isn’t your thing, not to worry, there are lots of quaint and charming cafés to while away a few hours with good food and great coffee. Of all the districts in Paris none boast a more delicious range of delightful cafés than Montmartre. Grab a coffee and a croissant and pass an hour in Paris’ most traditional coffee houses, loved by the greats of art and literature including; Picasso, Sisley, Van Gogh, Toulouse-Lautrec and Monet. 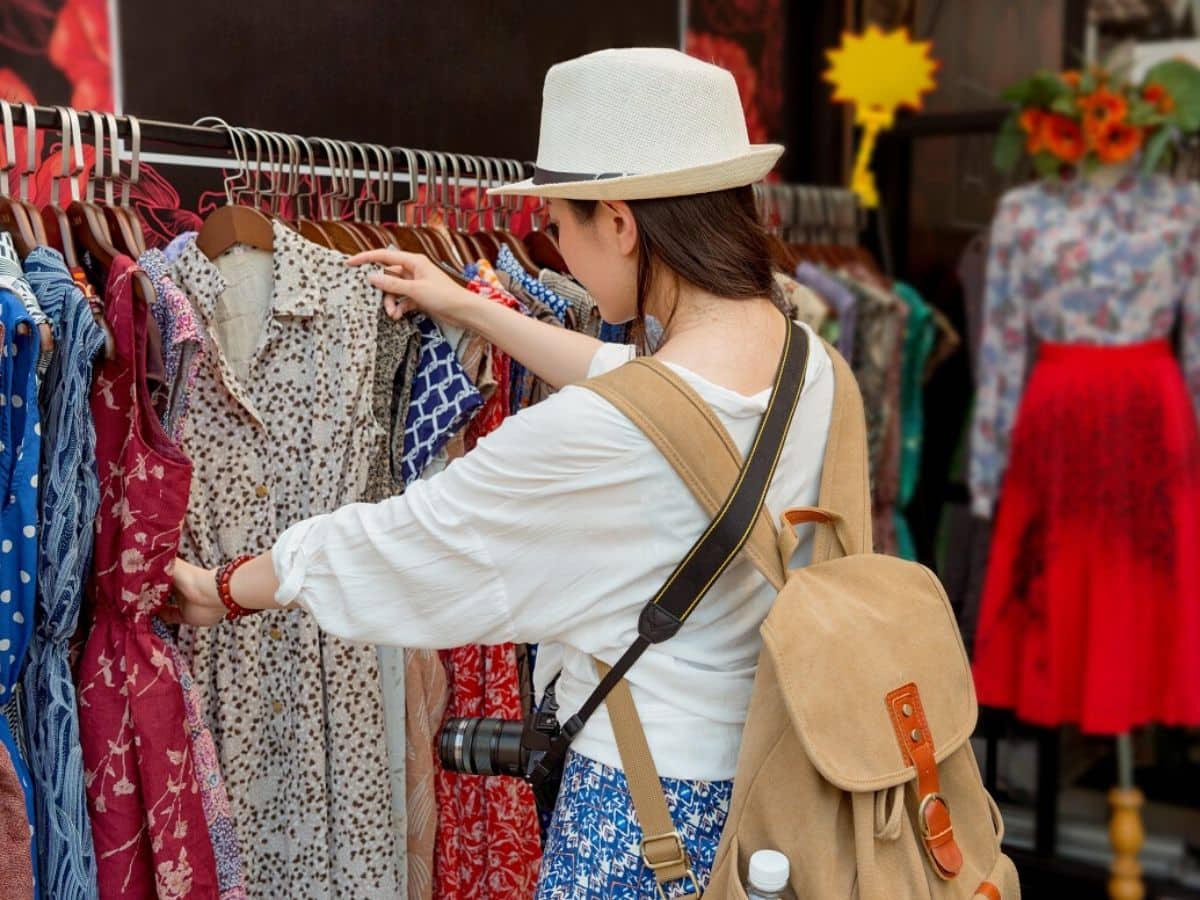 High-end fashion is one of Paris’ most loved pastimes. Whether you peruse the stores along Boulevard Haussmann or take a stroll down the Champs-Élysées, you’re bound to find something spectacularly stylish that you won’t find at home.

Parisians are exceptionally stylish people. Forget the baseball caps and sweats on your tour of Paris if you want to blend in with the fashionable locals. While the city is home to some of the fashion world’s haute couture, fashion in Paris doesn’t always have to be pricey. Spend a day perusing the city’s many vintage markets and thrift shops to get your hands on that Parisian style, without the hefty price tag. 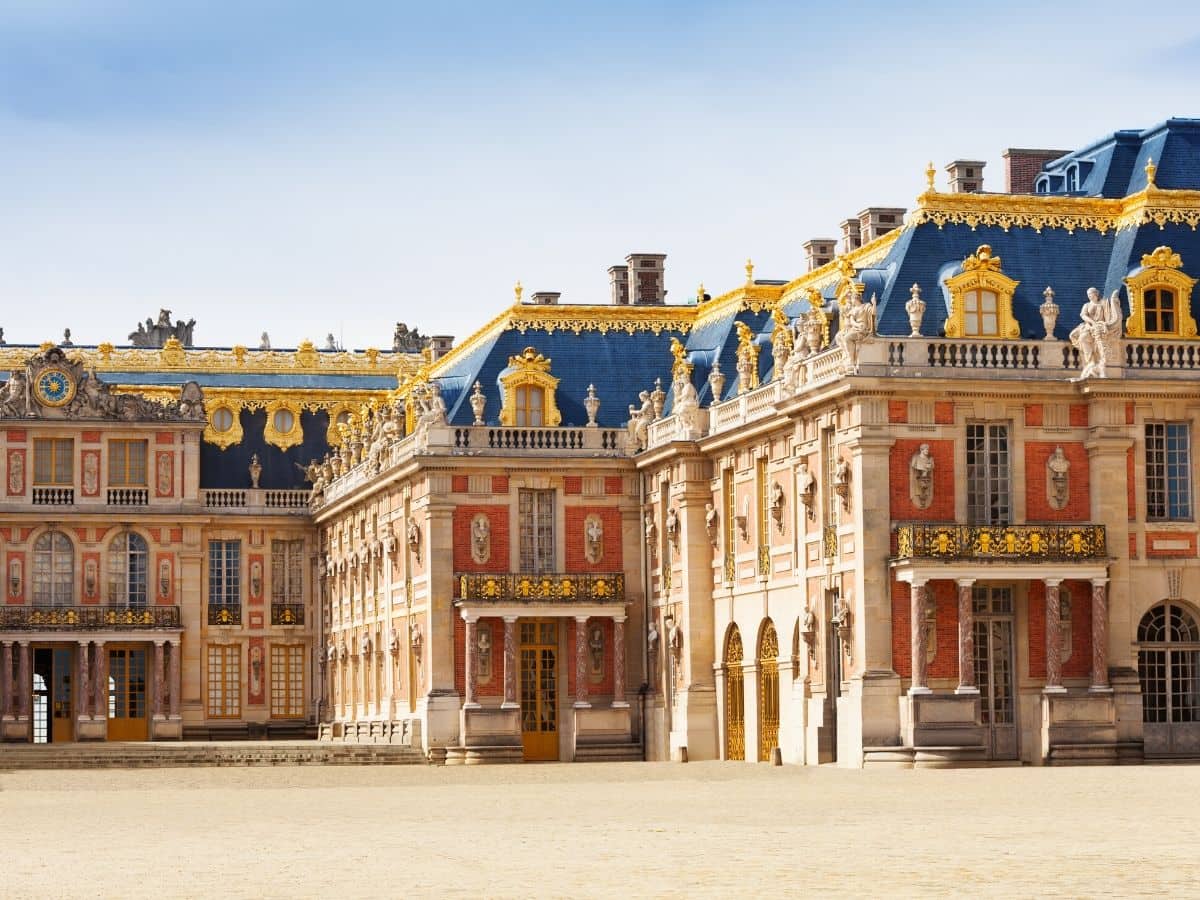 The Palace of Versailles

France is one of the powerhouses of the world’s economic and political sphere. Events in French history shaped the course for the world we live in today, and nowhere is that truer than at Versailles. The Treaty of Versailles was signed during a peace conference following the end of World War I. The victorious Allies agreed to a series of peace treaties to be imposed on the defeated Central Powers, the most important of which was the Treaty of Versailles. This was signed in June 1919 at the Palace of Versailles. The Treaty outlined peace terms between the Allies and Germany. This was a pivotal moment in world history and definitely worth learning more about on your Paris city tour.

Take a day trip from Paris to Versailles to walk through some of the most controversial corridors of French and world politics. In the company of an expert, English-speaking guide you’ll get a greater understanding of the events that took place in this Palace while absorbing the estate’s spectacular architecture and impressive gardens. 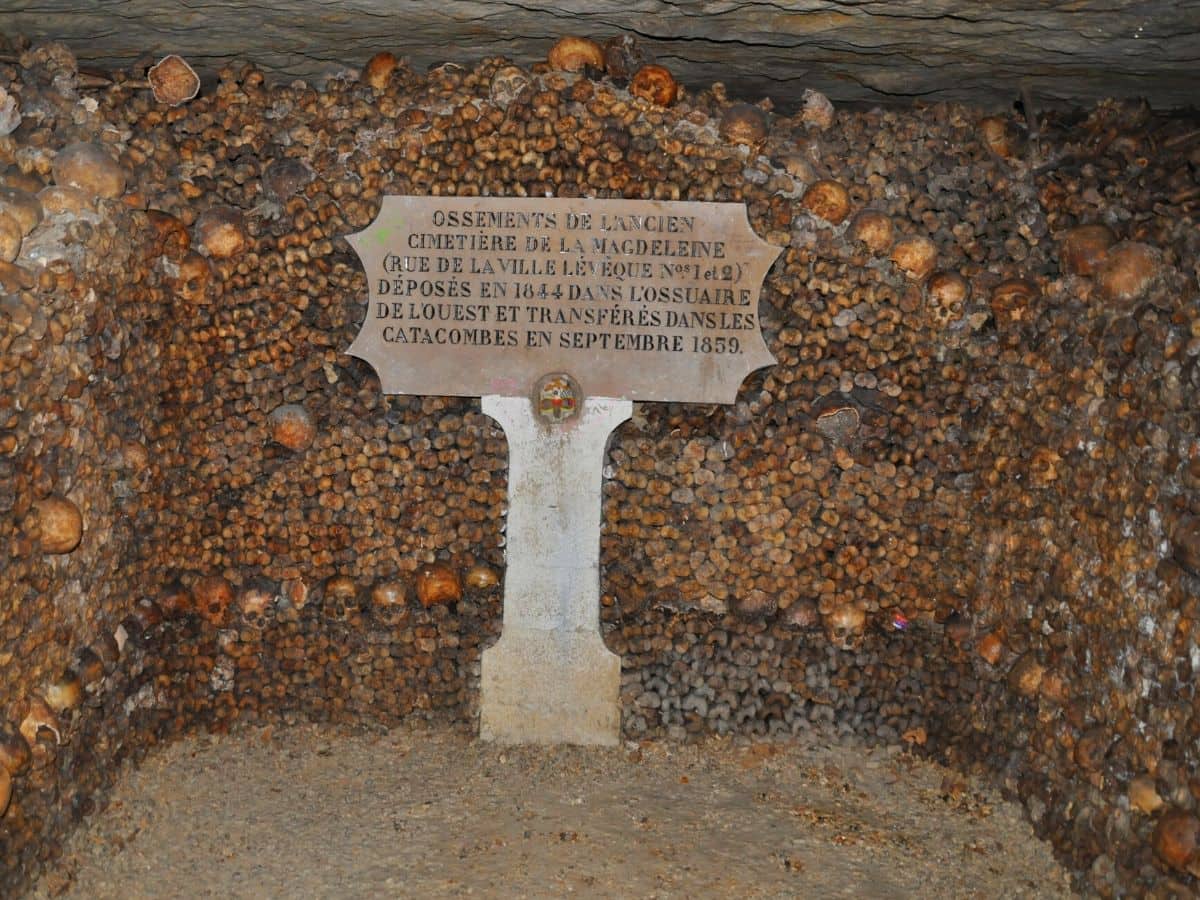 There is a lot more to Paris than impressive art, delicious dishes and fascinating history. Just like any big city, Paris has a dark side. A world-away from charming boulangeries and high-end fashion and buried deep below the street level is another side to the city. Delve beneath the city of Paris to discover the layer that lies below, known as; The Empire of the Dead.

Buried 65 feet below street level lies a hidden city with a population of 6 million … skeletons! Spanning an area of 200 miles, the Paris Catacombs are as magnificent as they are menacing. These sophisticated series of tunnels and murky quarries for the dead have been around since the late eighteenth century. A plague engulfed the City of Paris at the time, wiping out the population and causing the city’s cemeteries to overflow. In a bid to contain disease, a decision was made to transfer the infected corpses underground. City officials chose the underground quarries of Montrouge to lay their dead and thus the Paris Catacombs came to be.

Whether you’re a history buff, a thrill-seeker or simply looking for an alternative viewpoint on one of the world’s most popular cities than this tour is for you. A tour of the Paris Catacombs is a truly mind-blowing experience, leaving you both terrified and captivated to learn more.

Paris is one of the most popular cities in the world for travelers to visit and it’s easy to see why. Combining amazing art with culinary masterpieces, history with fashion and not to mention a whole host of hidden gems, you’ll never run out of things to see and do when you visit Paris.