Milan in a Day - Where to Visit

Widely known for being one of the world’s fashion capitals and the economic power of Italy, the city of Milan is a must-see on a visit to Italy. With that in mind, you may not have a lot of time here, so we’re listing the very best parts of the city, ones that are well worth visiting during a 24-hour stay in Milan. 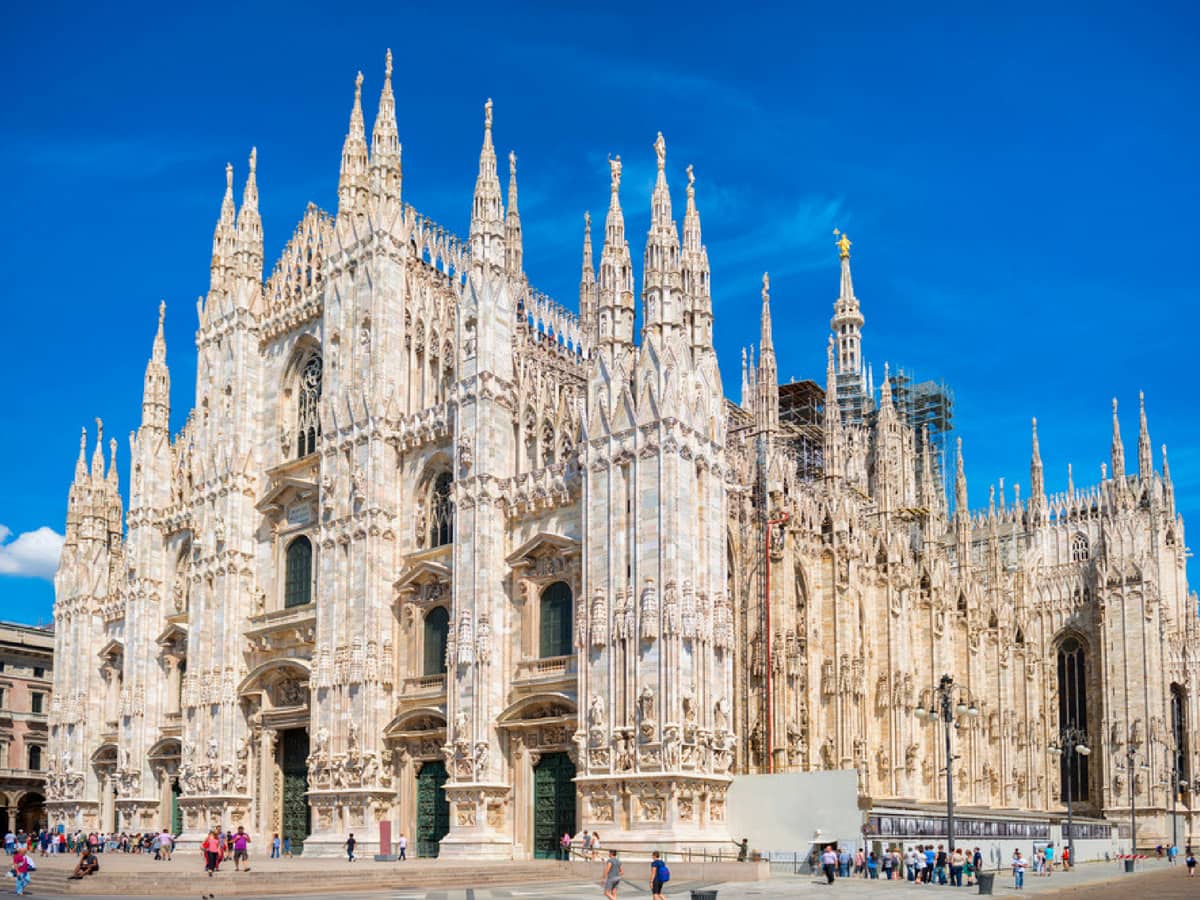 As one of the world’s largest churches, the Cathedral of Santa Maria Nascente (or Il Duomo as it’s more commonly known) can hold up to 40,000 people. Presenting a traditional Gothic style suited to its time, it was constructed in the 14th century and took almost 500 years to complete. It contains 52 enormous pillars, 135 stone pinnacles and an impressive count of 2,245 marble statues. Its stained-glass windows are among the largest in the world, but one of the best parts is the rooftop, from which you can see extraordinary views across the city of Milan. Well worth a visit, Il Duomo is one to be ticked off your bucket list! Click here for our collection of Milan Cathedral tours. 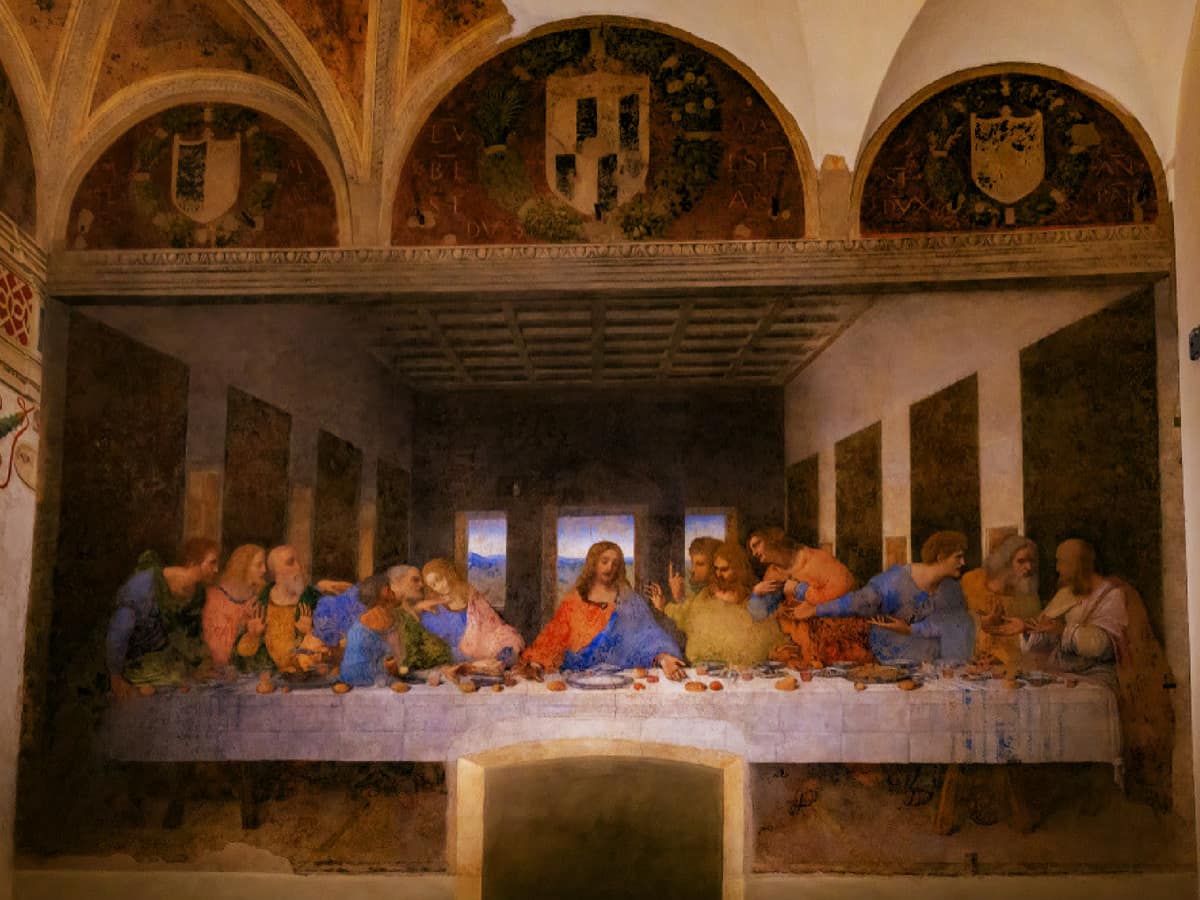 One of Leonardo de Vinci’s most famous artworks, the Last Supper, can be found buried within the walls of the church of Santa Maria delle Grazie. Located in the Corso Magenta, this Gothic brick church construction began in 1465, and its early Renaissance-style dome was designed by Bramante. Find that name familiar? He also designed the Bramante Staircase in the Vatican. da Vinci’s famed piece, also known as Cenacolo Vinciano, can be seen painted on the refectory wall and took almost 3 years to paint. This painting became so well-known because it contributed to a new development in the art world. As it’s been damaged over the centuries, it’s been restored several times, but this piece is likely never to be completed. If you’d like to visit the painting when in Milan, click on over to see our selection of Last Supper tours. 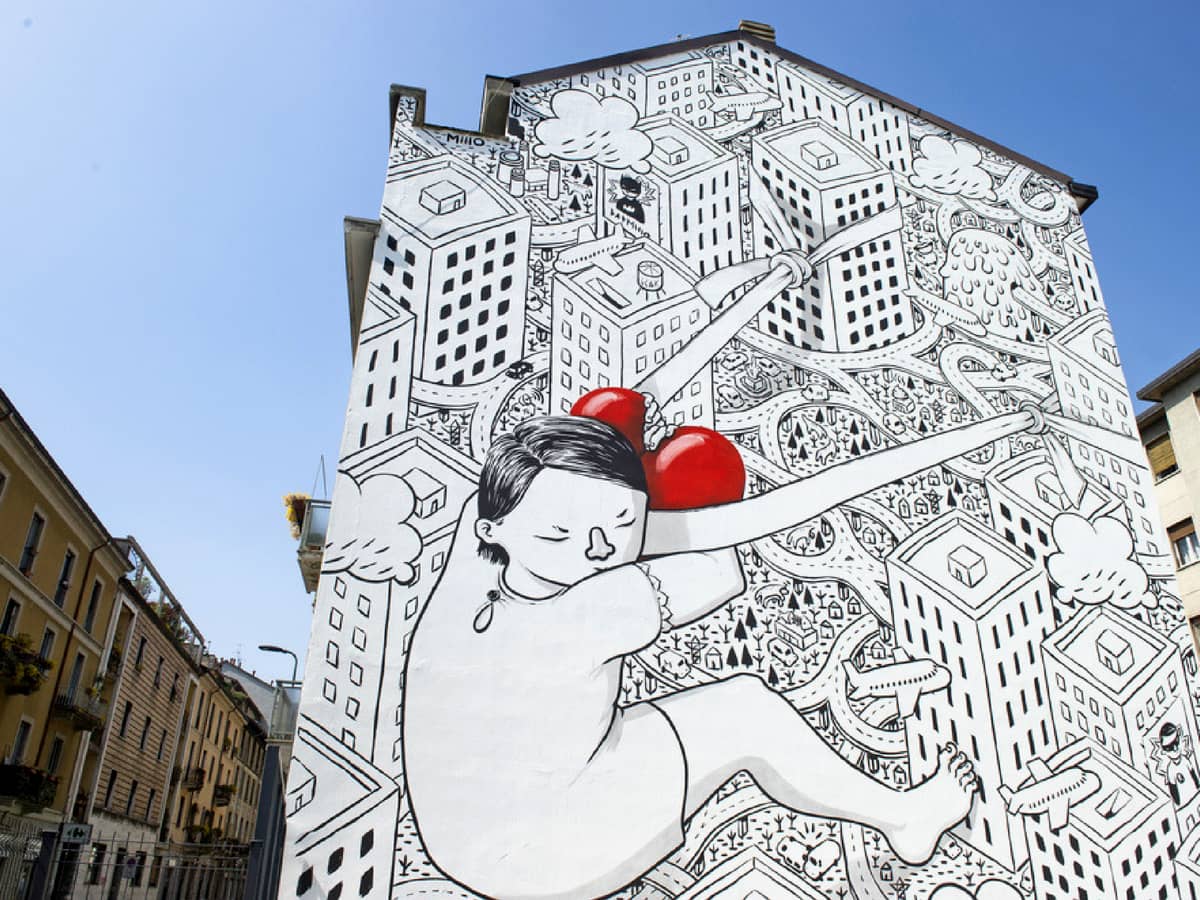 If you’re on the hunt for street art in Milan, Quartiere Isola is the place to find it! A popular low-income sector of Milan, its name translates to “island,” implying that it was isolated from the rest of the city. Street art has become a priority here to combat the bad graffiti that’s rampant throughout. With this in mind, the city has commissioned several artists over the years in an attempt to make the area more likable and clean it up somewhat. More recently, a lot of business has developed in the area, like restaurants, bars, and offices, inviting it to become a high population area for all inhabitants. Nowadays, street art is regularly contributed to by the locals of Isola, making it a welcome and modern change to what we’re used to seeing in museums. 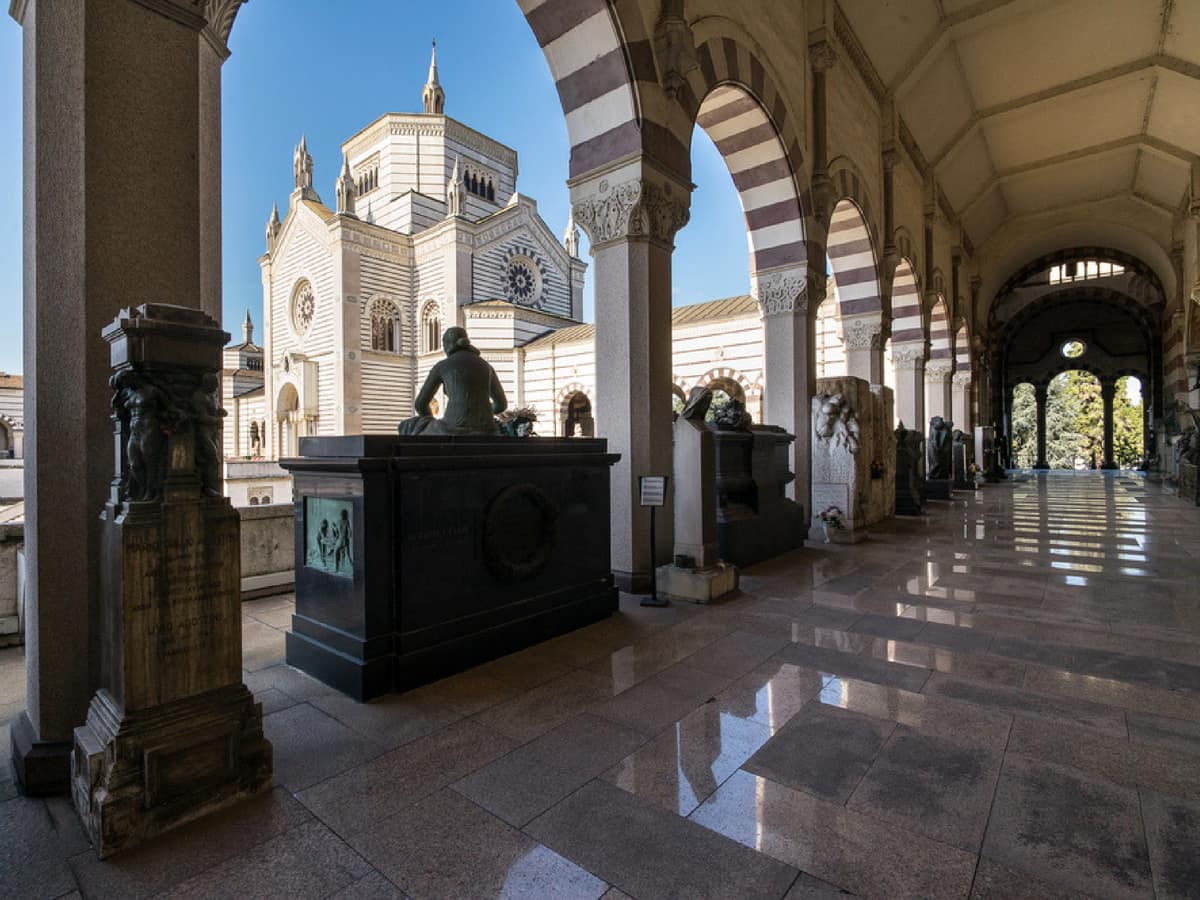 Close to Stazione Porta Garibaldi rail station, Cimitero Monumentale is one of the finer examples of Art Nouveau in Milan. Situated within one of the largest cemeteries in Milan, it’s an outdoor gallery of sculptures from a number of notable Italian sculptors, which marks the importance of the tombs of the wealthy and famous in Milan from the 18th century until the mid-1900s. Primarily a Catholic cemetery, it also has a Jewish section, which was established and opened in 1872. Among those buried there are famous sculptor Ernesto Bazzaro, Italian painter Francesco Hayez, and priest and founder of “Communion and Liberation” Luigi Giussani. 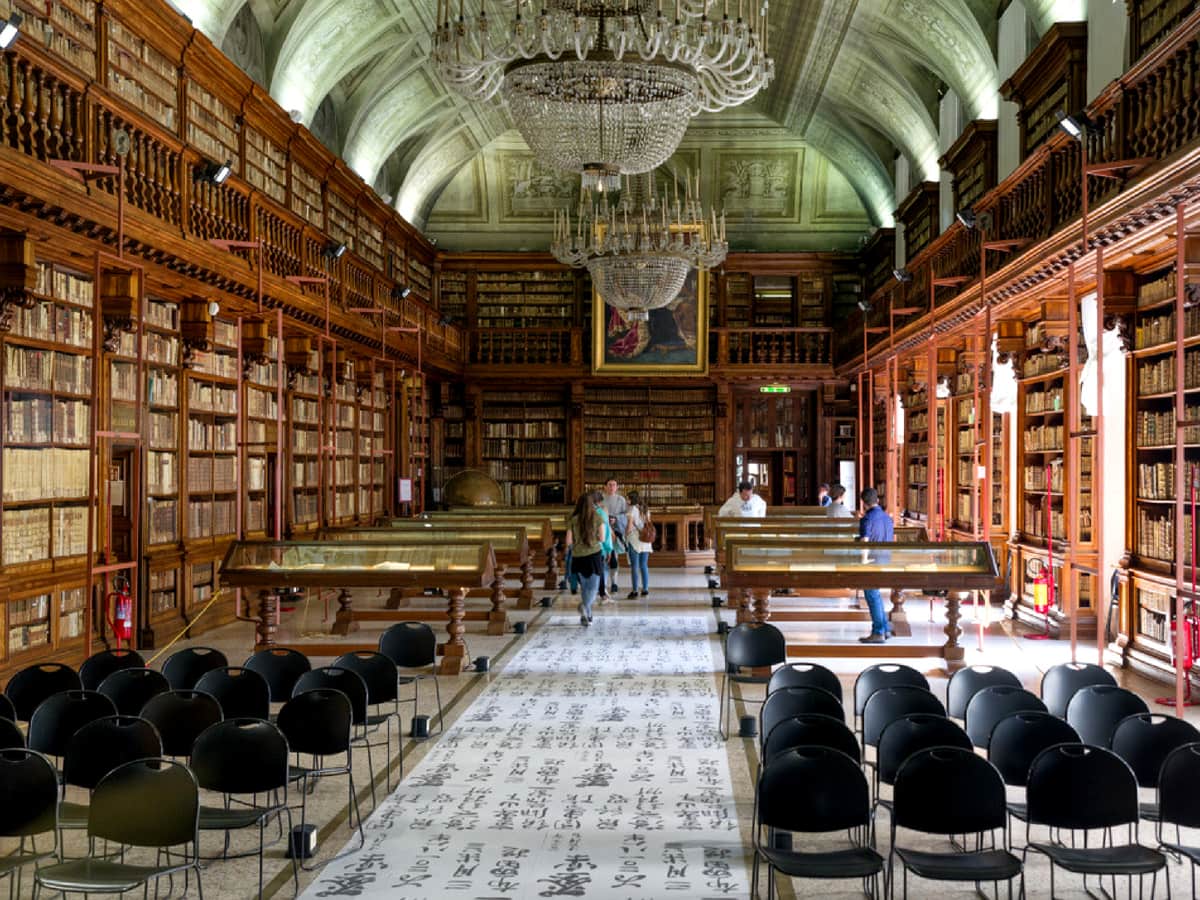 The Palazzo di Brera was originally a Jesuit college but became Milan’s Academy of Fine Arts in 1776. It contains the famed Pinacoteca di Brera, which is one of Italy’s finest art museums. It’s filled with artworks from northern Italian artists, as well as pieces from churches which were demolished over time. The museum contains works from notable artists such as Mantegna, Bellini, Titian, Tintoretto, Moroni, and Lotto. The most famous piece contained within the gallery is Raphael’s Marriage of the Virgin, which is seen as the finest work of his first period. The Pinacoteca di Brera also contains pieces from more modern artists too, such as Picasso, Modigliani, and Braque. And last but not least, don’t miss out on the stunning garden within the Pinacoteca, the Orto Botanico di Brera. Featuring a 19th-century greenhouse, a range of exotic plants, trees and flowers live, grow and thrive within the garden. 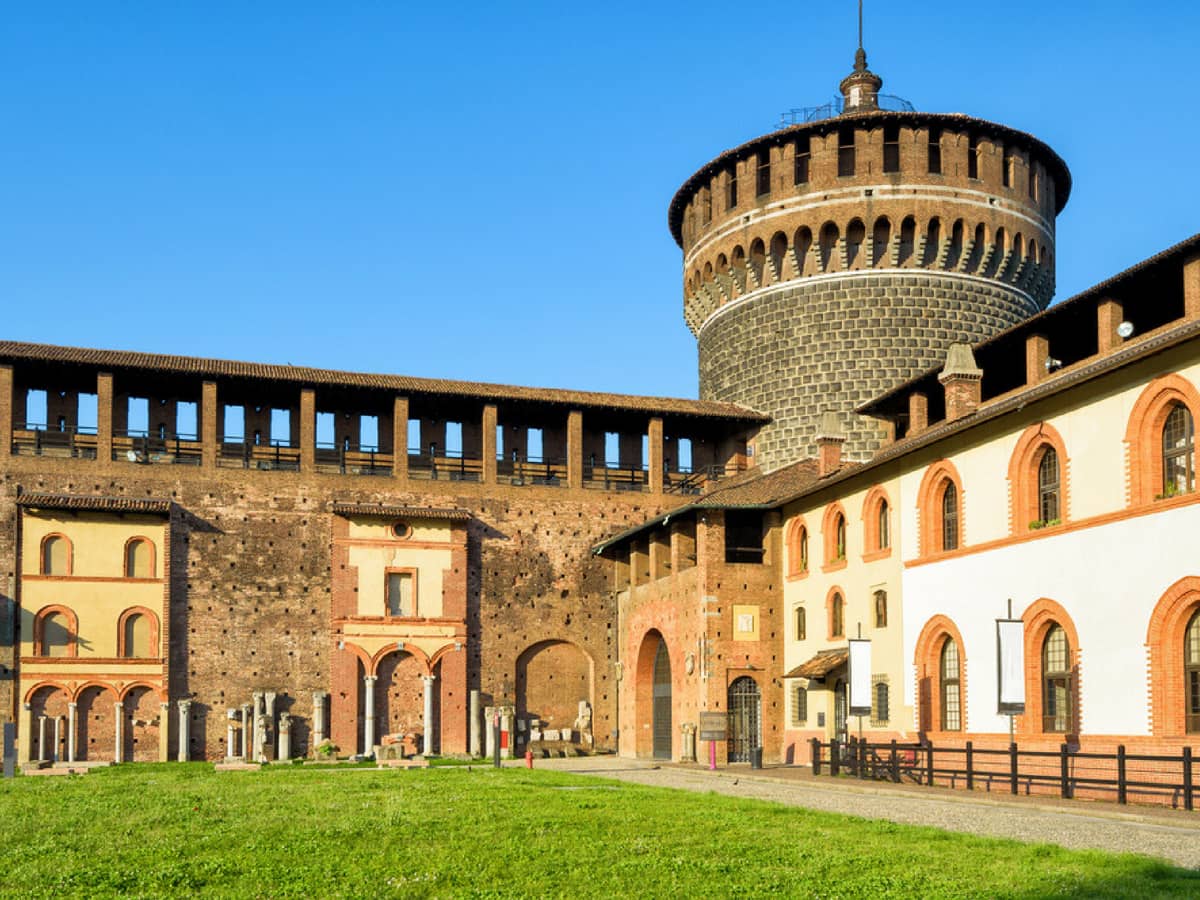 Castello Sforzesco (Sforza Castle) was built in the 15th century by Francesco Sforza (hence the name), who was the Duke of Milan at the time. It contains a range of famed artworks and artifacts, such as Michelangelo’s final masterpiece, Pietà Rondanini. It’s also home to prehistoric and Egyptian antiquities, medieval weaponry and armor, musical history and decorative art. Several other famed names crop up regarding the collection of art within Castello Sforzesco, such as Correggio, Bellini, Tintoretto and more. The exterior passage between the two courtyards leads into Parco Sempione, a large city park in the city of Milan that was established later in 1888. 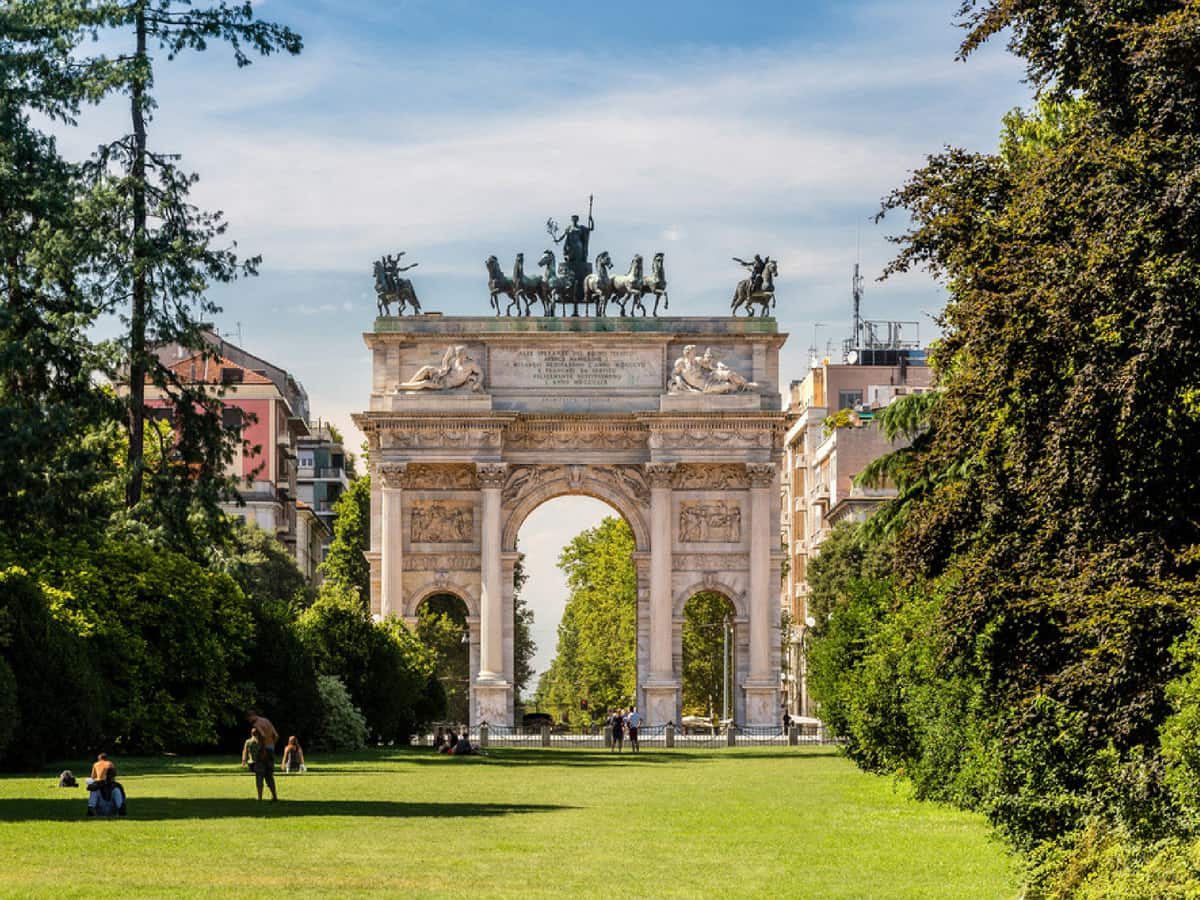 Originally the garden of the dukes and a military training ground, Parco Sempione is one of Milan’s most well-known parks to visit. Ideal for a daytime walk, you’ll see some beautiful sights on a stroll through Parco Sempione. You’ll be able to see the stunning Castello Sforzesco, as the park is within the castle grounds. Arco della Pace is one of Milan’s most stunning pieces of history. Constructed from marble, the recently renovated piece was built as a tribute to the victories of Napoleon Bonaparte. You can also see Arena Civica, which is one of Milan’s most famous 19th-century sporting arenas. There’s also the city’s aquarium, Acquario Civico, one of Milan’s tallest buildings, Torre Branco, and the Palazzo dell’Arte, known in English as the Palace of the Arts. 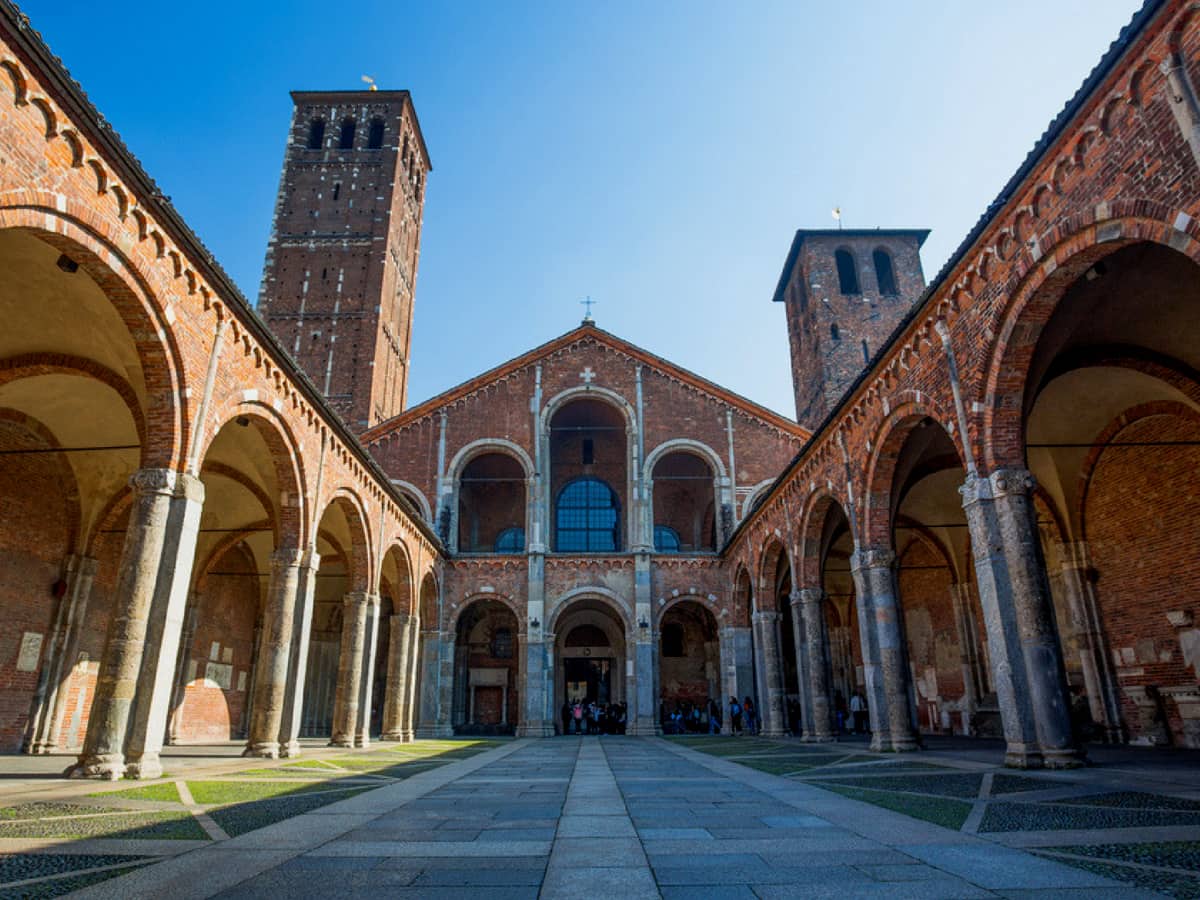 The church of Sant’Ambrogio was founded by Milan’s patron saint, St. Ambrose in 386 AD. Restored in the 12th century from the remains of a previous 9th-century church, it’s seen as one of Europe’s best examples of a Lombard Romanesque church. It has several intrigues about it that are well worth seeing, such as the two bell towers that stand at different heights, a large atrium containing archaeological artifacts, and the Stilicho’s Sepulchre, a 4th-century sarcophagus. Within the crypt, there are the remains of 3 saints; Saint Ambrose, Saint Gervasus and Saint Protasus, all dressed in regal attire.

If you're going to Milan any time soon, check out our selection of Milan tours.

6 Things Not to Miss as You Walk the Cinque Terre

The Best Beaches in Barcelona Guide