If you’ve always wanted to step back in time but you’ve not had your Marty McFly moment yet then join us on the next best thing - a Pompeii day trip from Rome. You’ll be transported back to the ancient Roman days in the city that never had the chance to move on… 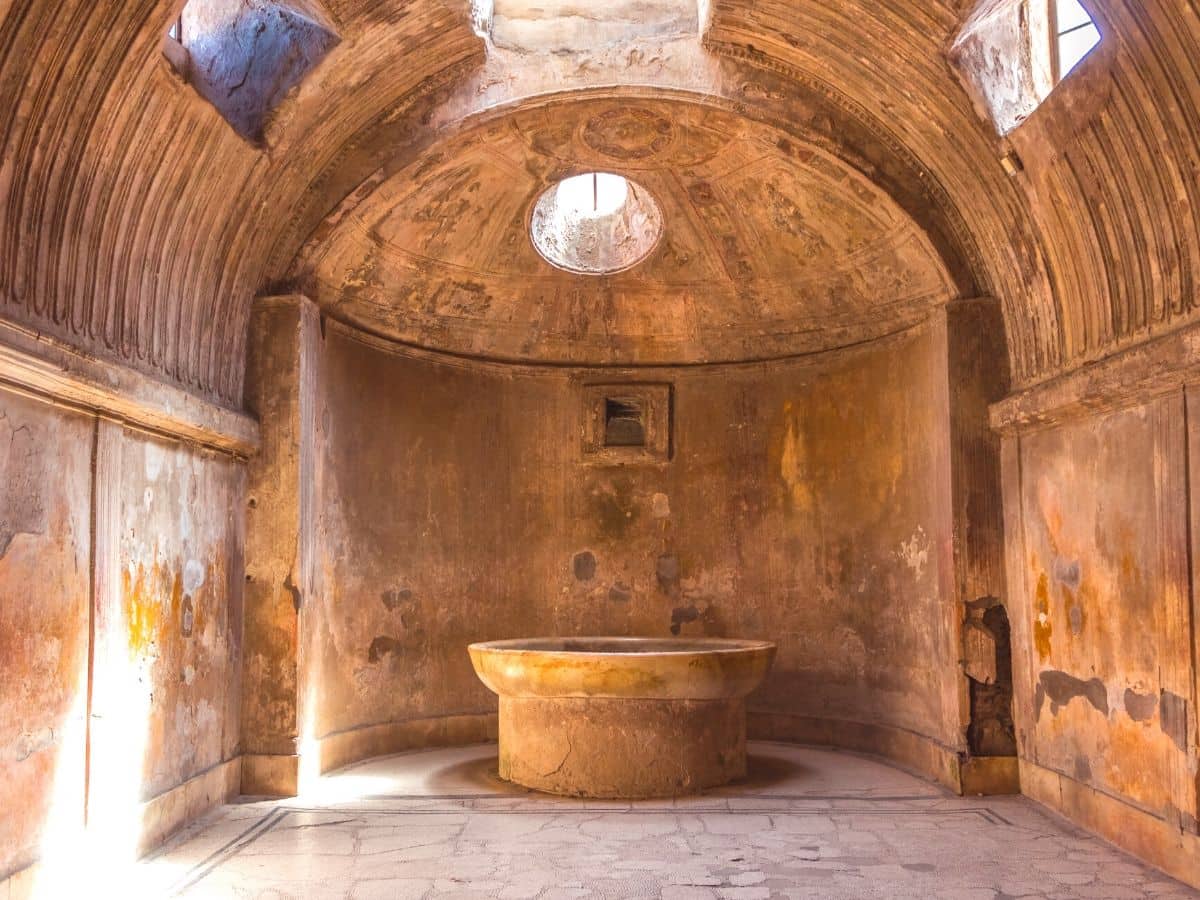 Pompeii, before tragedy struck, was a bustling Roman city that had its own booming population as well as providing a holiday destination for the upper-class citizens of Rome itself. It wasn’t uncommon for the well-to-do of ancient Rome to take day trips from Rome themselves, visiting Pompeii as a reprieve from their daily life.

The city had space to relax taverns and cafés, as well as the popular marketplace. Visitors to the city would spend time here alongside the residents of Pompeii, eating and drinking, joking and bartering, soaking up the last rays of sunshine in the early evening.

People in Pompeii worked hard, rising with the sun and working throughout the morning at the market stalls and out in the fields, or in clerical roles. Afternoons were spent with family and friends, or at the 20,000-seat arena for a gladiator exhibition, and in the evening they would head to the public baths. These were an incredibly important part of society in Pompeii, as most houses did not have access to running water. Public fountains offered clean drinking water, but the baths offered so much more than that. They were somewhere to socialize, somewhere to wash, somewhere to have business meetings and discuss politics. Anyone could use them, and they were inexpensive - this is what made them such an unwavering part of life in Pompeii.

Meals in Pompeii were simple: breakfast generally consisted of cheese and bread, while lunch was made up of fish, cake, fruit and more bread. Dinner was often a mixture of eggs and olives, and meat if you were lucky - fish and sometimes cake, too. 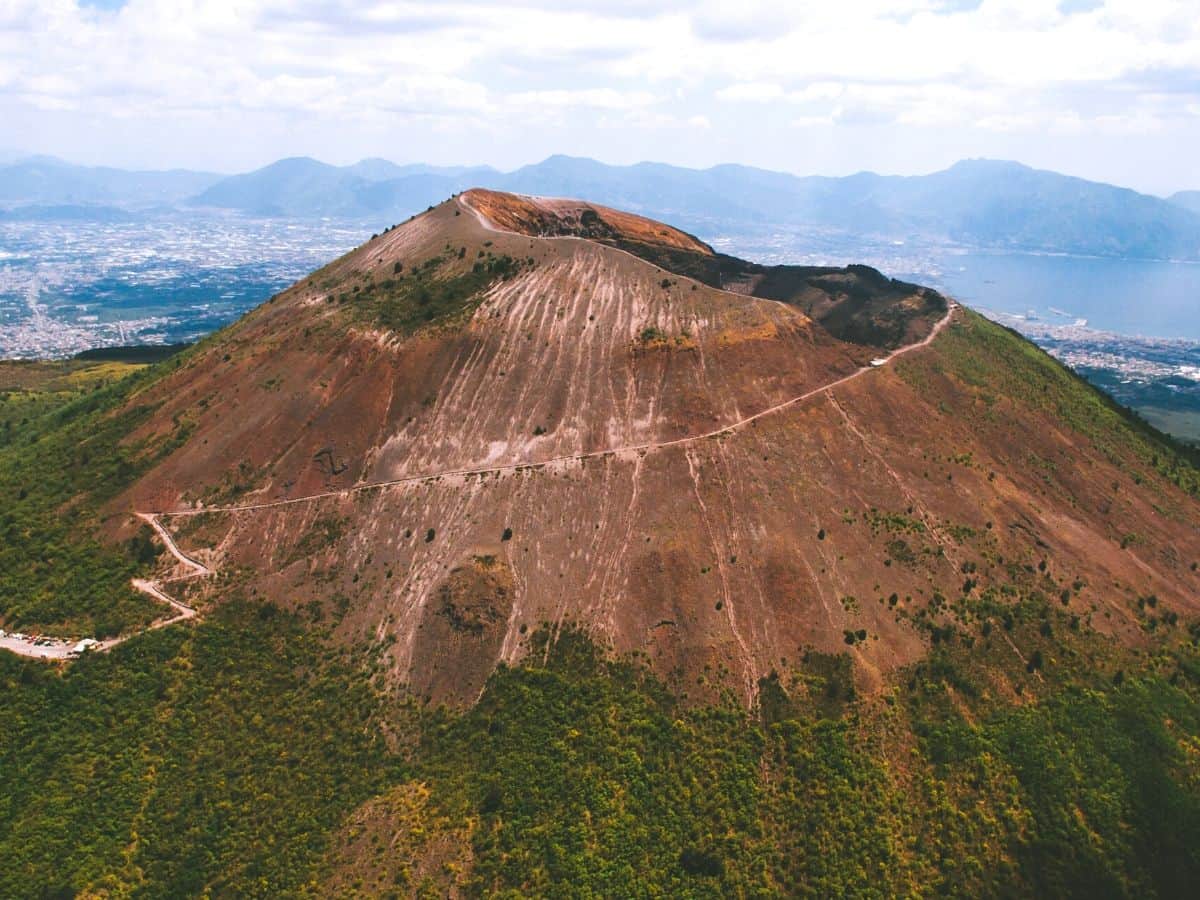 In 79 AD, everything changed for the people of Pompeii and the city itself. Mount Vesuvius, a nearby volcano, erupted - the wind was blowing in the opposite direction than it normally would have been and subsequently, Pompeii was buried in layer upon layer of ash and pumice.

It is said that city is frozen in time which is why our Pompeii tours from Rome are a great way of stepping back in time and walking in the footsteps of the ancient Romans. Many people managed to escape Pompeii in the hours and days following the eruption, taking with them what they could carry clothing, coins, jewelry. Although they won’t have gone far, the tragedy in Pompeii meant they had to leave their homes and thus, the city lay forgotten until 1599.

It was eventually rediscovered by Domenico Fontana, who was digging a new course for the river Sarno. However, he left it as it was and it wasn’t until Charles Bourbon, the King of Naples, sent a surveying engineer to search for ancient statues to present to the Spanish Court in 1748. At the channel dug out by Fontana, it was clear that there was more than just a few antiques buried there - so the engineer, Rocco Gioacchino de Alcubierre, dug a bit further and found what Fontana had found all those years earlier: a city buried under the layers of its own destruction. He began the excavations and they have been ongoing ever since! 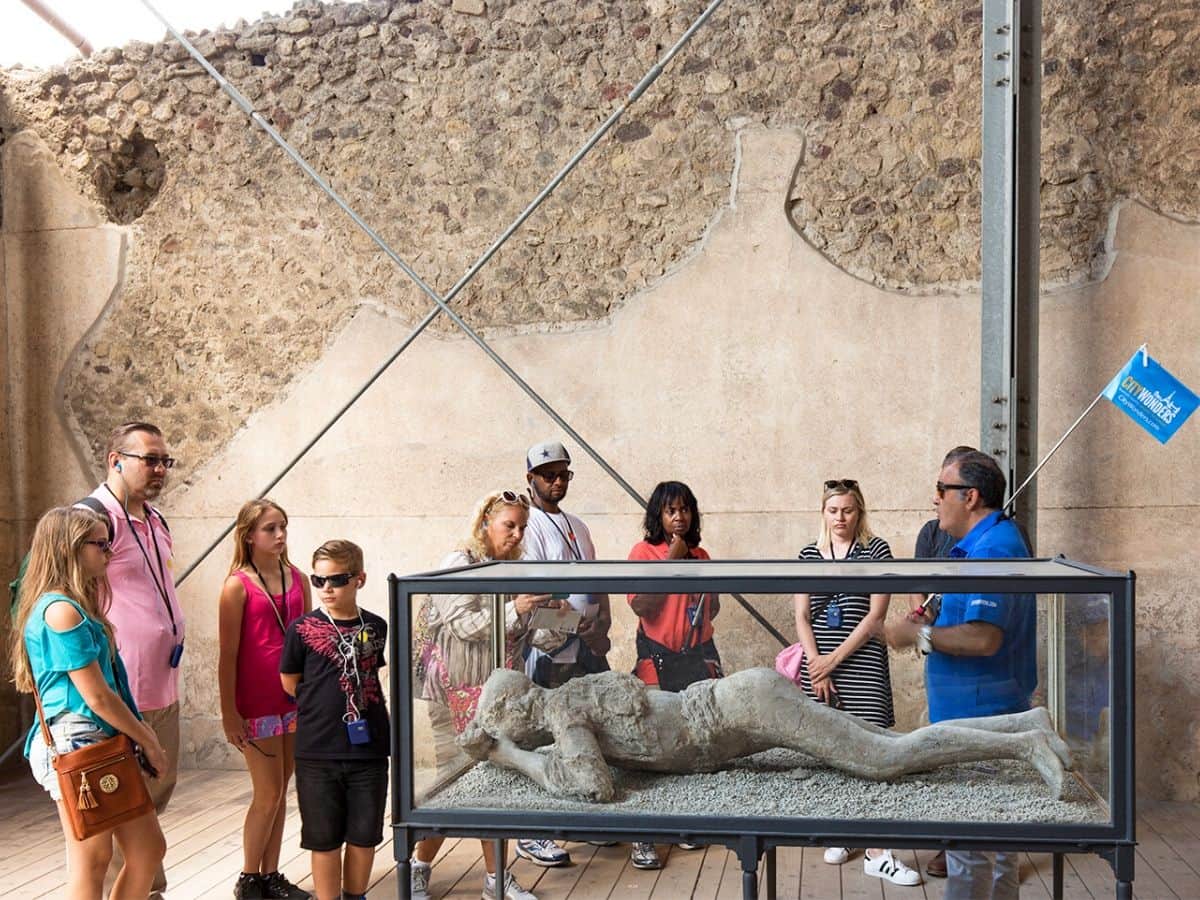 Pompeii welcomes around 2.5 million visitors a year - tours from Rome to Pompeii are popular, as it is fascinating to see an ancient city so well preserved. There is so much to see for those interested in history, archaeology and art, who will not doubt be inspired by what they find at Pompeii.

Houses across Pompeii give an insight into what life was like for the ancient Romans. The House of Vettii is a more upscale home, beautifully decorated, while you can also see the House and Workshop of Verecundus - this allows visitors to see a workshop belonging to dyers and sellers of cloth, a popular job in Pompeii at the time.

The houses around the city are filled with artwork: paintings, frescos, mosaics and more. The House of the Orchard is home to paintings of trees and fruit - fig, cherry, lemon - and the House of Lararium has scenes from the Iliad painted within. You can visit the houses
on a Pompeii tour from Rome and explore the artwork within them.

Graffiti covers the city, too: ancient graffiti that spotlights what Roman society was like. Private messages, public announcements and electoral slogans are just some examples of the graffiti in Pompeii!

There are temple ruins in Pompeii too: firstly, there is the Temple of Apollo, built in 120 BCE and dedicated, of course, to the Greek god Apollo. There is also the Temple of Jupiter, which dates back to the 2nd century BCE when Roman influence was increasing - which meant the Roman god of Jupiter became a more revered god than Apollo.

The amphitheater of Pompeii is the oldest remaining Roman amphitheater anywhere in the world. The people who lived in the city would visit the arena for gladiator fights and exhibitions - it was built in 70 BCE and held 20,000 spectators including people from nearby towns who would venture into the bustling city. You can visit it now and feel like you’re right there with them. You can also see the popular public bath houses, an ancient brothel, and the marketplace where citizens spent so much time before the eventual destruction of the city.

Pompeii tours from Rome are popular because it isn’t often that you get to wander back in time, surrounded by beautiful artworks and so many intact buildings from the ancient world. It is exciting to follow in the footsteps of the Roman people as they went about their day to day life in the forum, their homes, the baths - on a Rome to Pompeii tour you can do just that, with an expert guide to make sure you know exactly what you’re looking at.

Winter Wonderland at the Making of Harry Potter 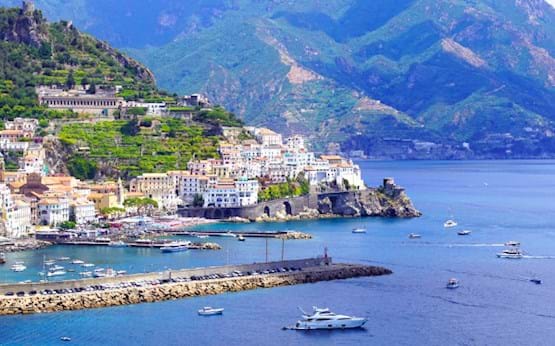 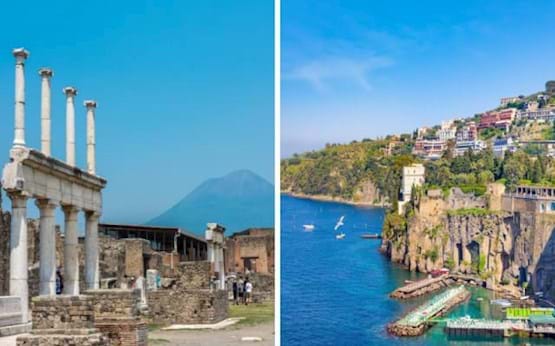