Top Experience: Breakfast at the Vatican

As any early bird will gleefully gloat, morning is the most peaceful time of day. Nowhere is this truer than inside the Vatican, where during the early hours, the entrance gates remain closed to the general public and tourists of Rome remain tucked up in their hotel beds. But short of getting yourself a cleaning job for the Papacy, how do you gain early access to the Vatican? Well, there is a way: as one of only three Official Vatican Partners, City Wonders can get you past Papal security and right through the door! 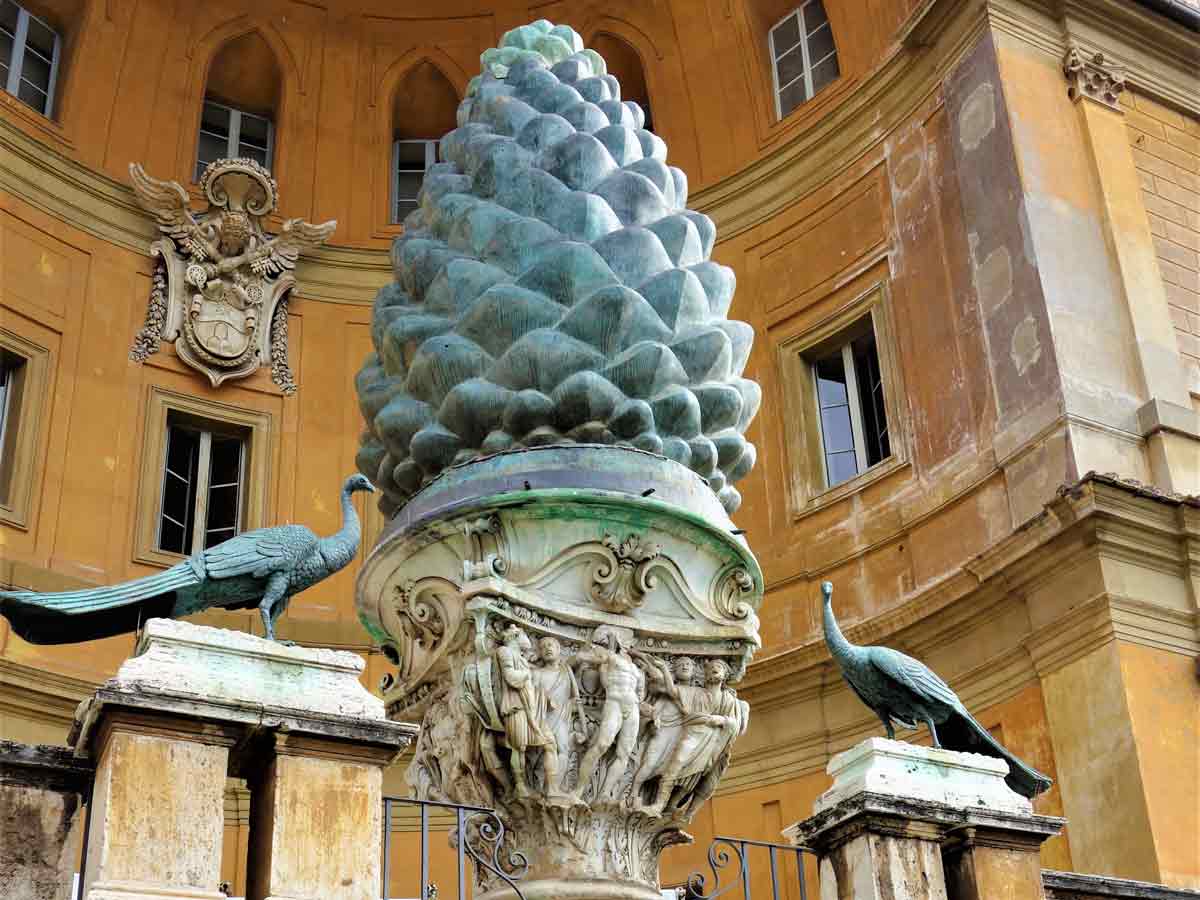 This Ancient Bronze Sculpture Lends Its Name to the Pinecone Courtyard

Start Your Day Inside the Vatican Museums

If you are going to the Vatican, one thing is a given: you are going to want to go early to avoid the morning crush. And only the foolhardy would attempt to tour one of the world’s biggest and best museums without eating breakfast first. After all, if there is one thing you will need here, it's energy. You could trawl the streets around the Vatican City at dawn in search of breakfast spots, but why bother when you can enjoy a buffet inside the Vatican’s own Pinecone Courtyard? Those who opt to do so will get to tuck into a breakfast spread that will include everything from made-to-order pancakes and sizzling bacon to croissants, fresh juice and espresso. Plus, you’ll have the chance to see the Vatican as few outsiders ever do: quiet and almost entirely devoid of people, even inside the Sistine Chapel. Take our Vatican breakfast tour and you can get a head start on the crowds and enter the museums before the doors are flung open to the masses!

See the Vatican Gardens Before the Sistine Chapel

After having breakfast at the Vatican, there is only one thing to do and that is explore. Our other half-day Vatican tour with breakfast includes a 45-minute drive around the rarely-seen Vatican Gardens – home to things most travelers don’t even know exist including the original medieval walls, the railway station and Renaissance villa Casina Pio IV – before moving on to the museums themselves. These meticulously landscaped gardens, which cover approximately half of the Vatican, were designed for meditation and contemplation and are especially tranquil during the early hours.

One of the Rare Views Encountered Inside the Vatican Gardens

Inside the Vatican Museums, the marvels are manifold. Among them is the Raphael Rooms, a series of papal chambers covered in elaborate frescoes painted by Raphael and his students, the highlight being his School of Athens, which depicts a gathering of history's greatest minds. Then there is the Sistine Chapel ceiling, which with the exception of the Mona Lisa, is probably the most famous artwork on this planet. Completing the magnificent mural adorning the chapel ceiling was no walk in the park. Michelangelo, who considered himself a more skilled sculptor than painter, was reluctant to take on the large-scale commission from Pope Julius II, though in the end he had little choice. It took four long years of arduous labor for him to complete it. When Michelangelo returned to paint The Last Judgment on the later wall between 1535 and 1541, the Renaissance master found himself at the center of a controversy concerning the nude figures, which the religious powers that be deemed inappropriate.

After surveying the wondrous papal collections, you can skip on over to St. Peter’s Basilica to gaze at yet more incredible artworks, including Michelangelo’s stunning Pietà.

Check out our entire range of Vatican tours for a number of unique experiences you will only find with us!

Changing of the Guard History - How Often is the Changing

Best Towns on the Amalfi Coast