Time Travel at the Colosseum

The Colosseum is an essential sight to see on your tour of Rome. Not only will its impressive edifice leave you awe-struck, but this ancient monument welcomes you back to 80 AD so you can relive the glory days of Ancient Rome. There are so many things to see and experiences to share on your tour of the Colosseum. Whether you decide to walk in the footsteps of gladiators by stepping out onto the Colosseum arena floor or you opt to descend below to uncover the harrowing truths in the Colosseum underground, this monumental amphitheater promises to take you on a trip of a lifetime.

1. History of the Colosseum 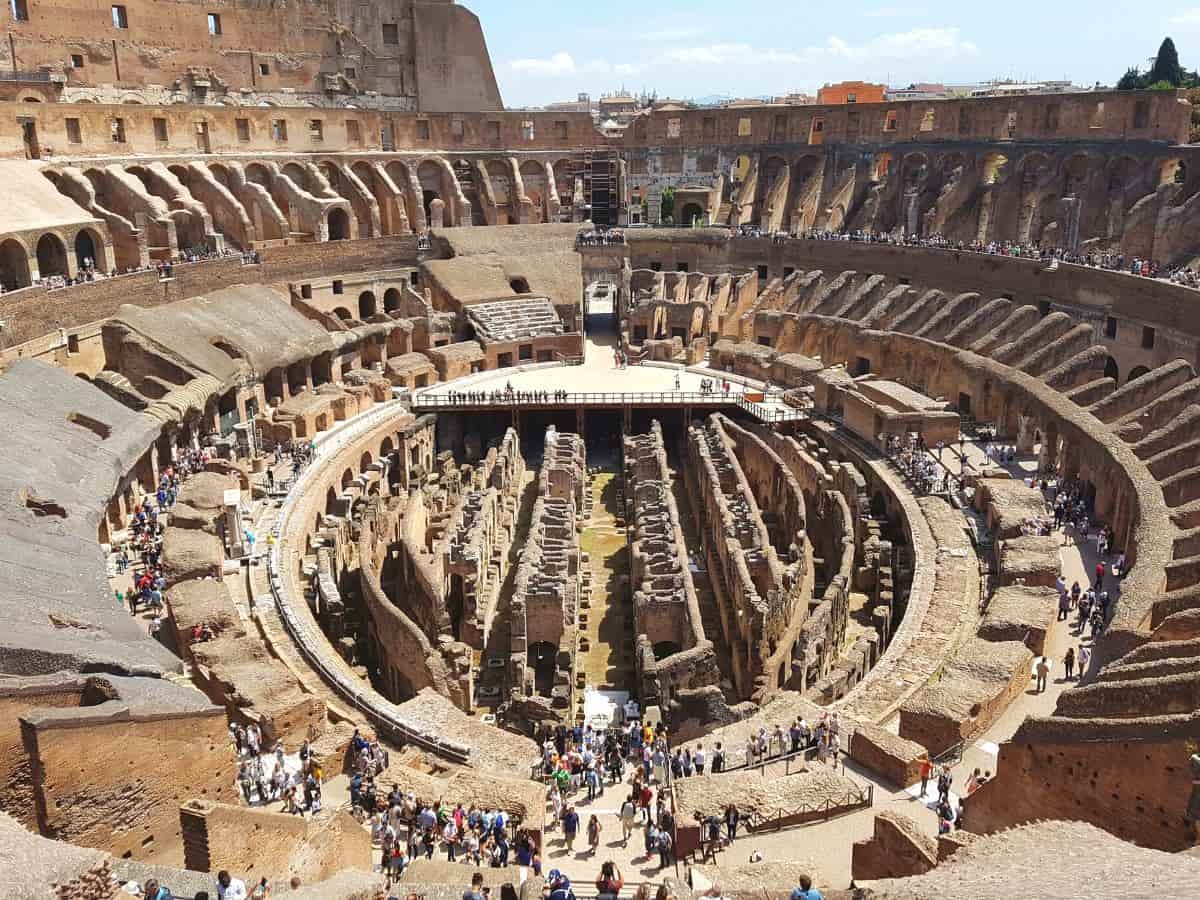 Best known to the people of Ancient Rome as the Flavian Amphitheater, the Colosseum is the largest Roman arena still standing in the world today. It was built in the first century AD under the Roman emperors of the Flavian dynasty, Vespasian, Titus and Domitian. Astonishingly, it took just 8 years to create this enormous arena, whose fountains and design has withstood the test of time.

Before the Colosseum was constructed, the valley where it stands was the site of the notorious Emperor Nero’s Golden House. After the fall of Nero, and his subsequent suicide, the land where his private lake once sat was drained and concrete fountains were put down to cover it, as a precaution against earthquakes. When the Emperor Vespasian came to power, he sought to return Rome to its former glory, following the turmoil of the recent civil war. He chose the site of his disgraced predecessor as his platform to show his empire that Rome was still very much at the center of the ancient world.

The Colosseum was used to host spectacularly brutal games, where enslaved gladiators and wild animals battled it out to the death for the public’s entertainment. Although best known for its gladiator games, the Colosseum had another, lesser-known, purpose - propaganda. Emperors of the Flavian dynasty had the bright idea of creating a public arena, where citizens from all classes could attend – for free. The brutality and excitement of the games was loved by the people of Rome. Creating an arena of entertainment, where all of society was welcome, was a great way for these emperors to buy the support of their city. Not only that but the amphitheater gave the emperors a platform where they could boasts about the power of the Roman Empire and the lands it had conquered.

The Flavian Amphitheater opened its door to blood-thirsty spectators in 80 AD, under the reign of Emperor Titus, Vespasian’s eldest son. While Vespasian’s other son, Domitian, was responsible for hosting a one-hundred-day gladiator spectacular to celebrate his ascension into power. 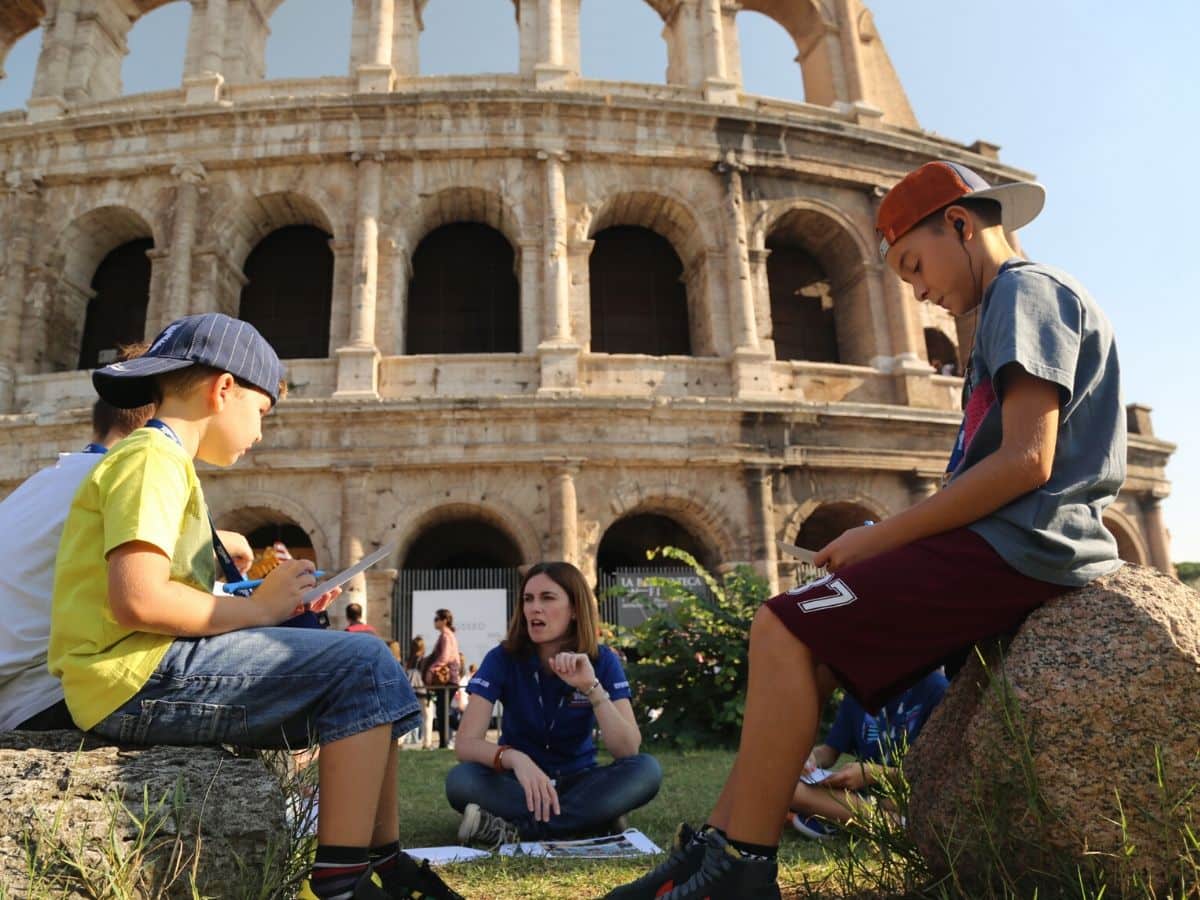 There are many ways to tour the Colosseum, and each one promises to take you on journey through the ancient civilization that fought, spectated or died within the walls of this incredible amphitheater.

Walk in the footsteps of gladiators on the Colosseum arena floor tour. This tour invites visitors to pass under the arena’s gladiator’s gate, where triumphant fighters paraded after battle. This newly opened gladiators gate is one of the most prestigious ways to enter the amphitheater. Entering via this exclusive arch means you won’t have to wait in line. As you stand on this once blood-soaked arena floor, you’ll appreciate the form and magnitude of the arena from this unique panorama vantage point. You’ll quake as you envisage the crowds upon crowds of spectators who cheered from the stand, as the life of a gladiator hung in the balance.

Even more chilling then the arena floor is the Colosseum underground experience. Guests on this tour descend deep below the amphitheater’s arena floor and into the labyrinth of tunnels that lie below. It was here, in these dark, dingy tunnels that the gladiators of the games and wild beasts were kept in cages. They would be held there until they were summoned to the arena floor to meet their fate, under the chants of bloodthirsty spectators. Access into the Colosseum's harrowing underworld is limited to select groups only. Be sure to book your tour far in advance as tickets to this ultimate gladiator experience sell out fast.

If you’re traveling with kids you’ll love this kid-friendly Colosseum tour – perfect for the little gladiator in your life. In just two hours, you and your little ones will travel back in time to witness the might of the Roman Empire first hand. Specially designed with kids in mind, this tour uses props, visual guides and re-enactments so your child is totally immersed in this fascinating structure. This tour is perfect for children between the ages of 7 – 12.

If you consider yourself as more of a spectator than a gladiator, then a more traditional Colosseum guided tour is for you. Explore the Colosseum from the first and second tiers as you walk through the stalls where members of the Government and Roman soldiers once sat.

From slaying wild beasts to murdering innocent slaves, entertainment has come on a long way since the Ancient Roman times – thankfully. And while we don’t agree with the actions emperors and nobles took in serving up the lives of gladiators to secure votes, we can’t help but admit that there is something very fascinating about it. Indeed, Ancient Rome was a brutal and barbaric place, yet it is well worth visiting with a tour of the Colosseum.

6 Things You Can Only Buy in France