Where, What and Why? Egyptian Art in Italy

Much like our interest in Ancient Rome, the Romans developed an interest in Egypt. At first, it was purely financial. However, if you visit Italy today, you’ll see loads of how that Egyptian influence became more than just about wealth. In some cases, more Egyptian objects are now in Italy than in Egypt itself.

The 13 Obelisks of Rome

It’s hard to miss the obelisks around Rome, in fact, there are more Egyptian Obelisks in Rome than there are in Egypt. These enormous structures dot the Piazze around the Italian capital. They all have their own story to tell, and we’ll give you two of them, but first, they all also had to be picked up and shipped across the Mediterranean.

For structures that are monolithic, meaning they are created from a single slab of granite, and so weigh a couple of hundred tons each, it's quite the feat to transport them all that distance. When an obelisk was transported to the UK in the 1800’s they had the use of powerful steam engine ships, and they even struggled, nearly losing the obelisk to the deep abyss. But when Roman Emperor’s moved obelisks they didn't have days cutting-edge technology; instead, they used three obelisk ships with 300 oarsmen powering them through the Mediterranean. There are only two references to obelisk ships in recorded history. According to Pliny the Elder two rectangular ships were built and connected to each other by longitudinal beams that the obelisk was then fastened too and held firm underwater. A third ship was tied to the front of the two ships and was tasked with steering the entire fleet.  How they managed to transport something as massive as the Vatican Obelisk underwater is beyond us.

Standing at 25.5 meters tall and weighing around 326 tons, it's the only obelisk that has continually stood its ground since initially being erected. Bought over by Emperor Gaius Caligula in 37AD, it was erected in his gardens and remained standing there for 1500 years before Pope Sixtus V ordered it moved into St. Peter’s Square. Legend has it that while moving the obelisk, the Pope ordered, upon pain of death, that no a single sound could be made by the curious onlookers. But when the Obelisk threatened to topple, and the ropes grow loose, a brave navy captain named Bresca yelled "water to the ropes" knowing that the water would shrink the ropes and become stronger; it saved the entire monument. As a reward to the seaman, the Pope offered Bresca a Papal favor, of which he requested that his family provide the Vatican with the palms used for Palm Sunday, and to this day the Vatican apparently keeps that promise. 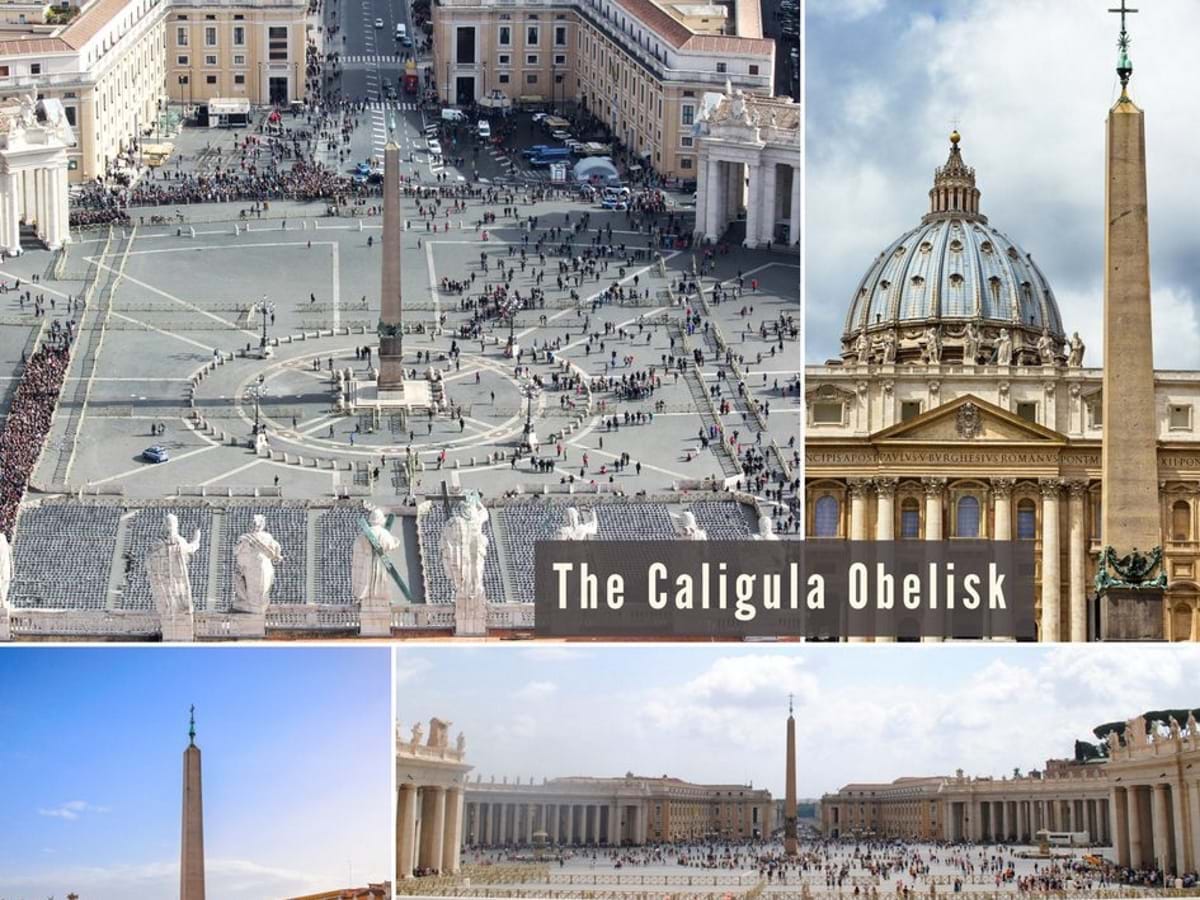 The Flaminio Obelisk in the Circus Maximus was initially commissioned by Ramesses II in 1280BC. The story goes that after Emperor Augustus defeated Cleopatra and Mark Anthony he ordered that the granite obelisk created in 1280BC at Heliopolis in Egypt be brought to Rome. It remained standing until the battles between the Byzantines and the Goths, where it fell into the rubble and buried. It remained concealed from the 6th Century all the way through until it was excavated in 1587 and moved to its current location in the Piazza del Popolo. 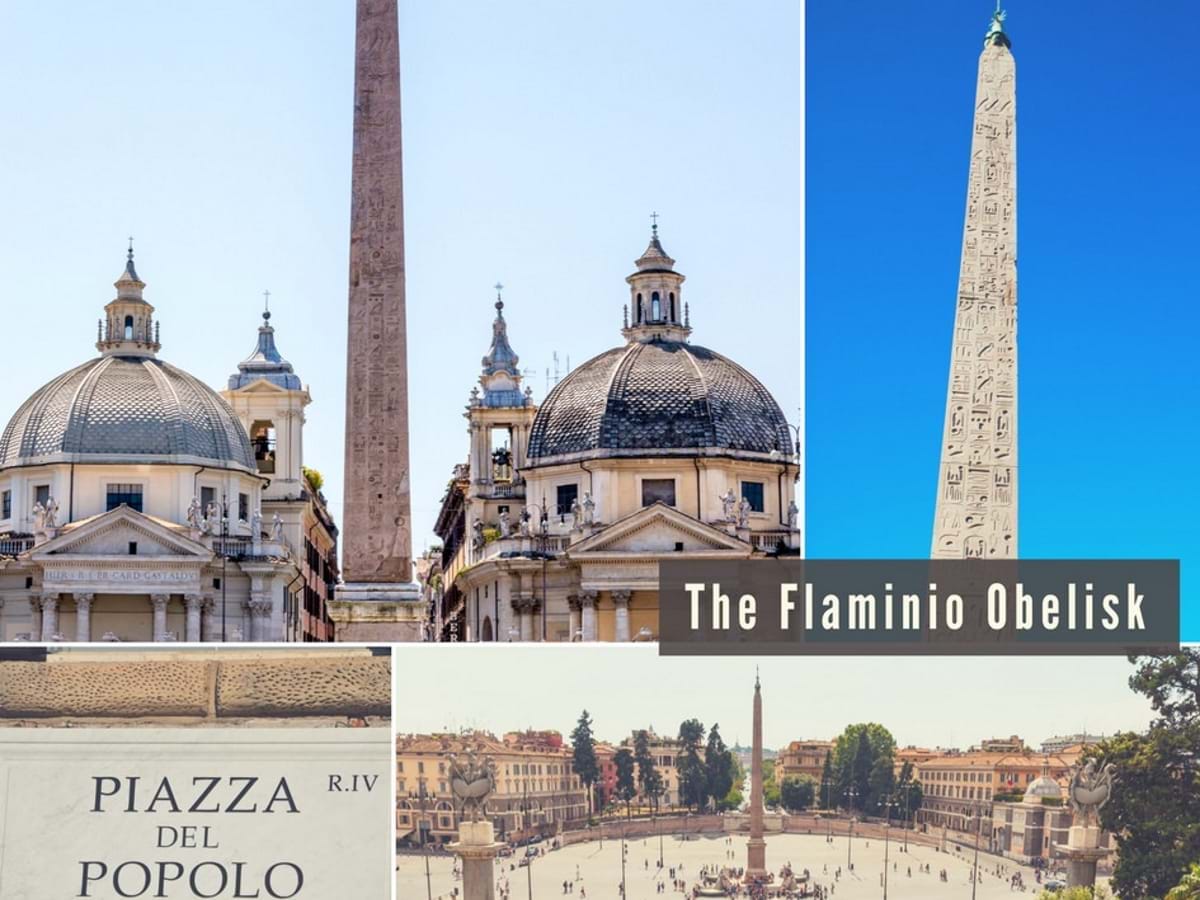 The Egyptian Museum in Turin

With more than 30,000 artifacts the Museo Egizio in Turin has the most extensive collection of Ancient Egyptian items outside of Egypt. The museum, which was recently renovated, aims to educate and fascinate people with Egypt’s incredible history. And fascinate it sure will! It all started in 1630 when King Carlo Emanuele III purchased the Mensa Isiaca, a Roman reproduction of an Egyptian alter tablet. The Savoy Kings found Egypt fascinating and continued their exploration into Egyptian artifacts by sending envoys to collect more and more artifacts for their collection, today you’ll come face to face with Mummies, Sphinxes, and Pharaohs. 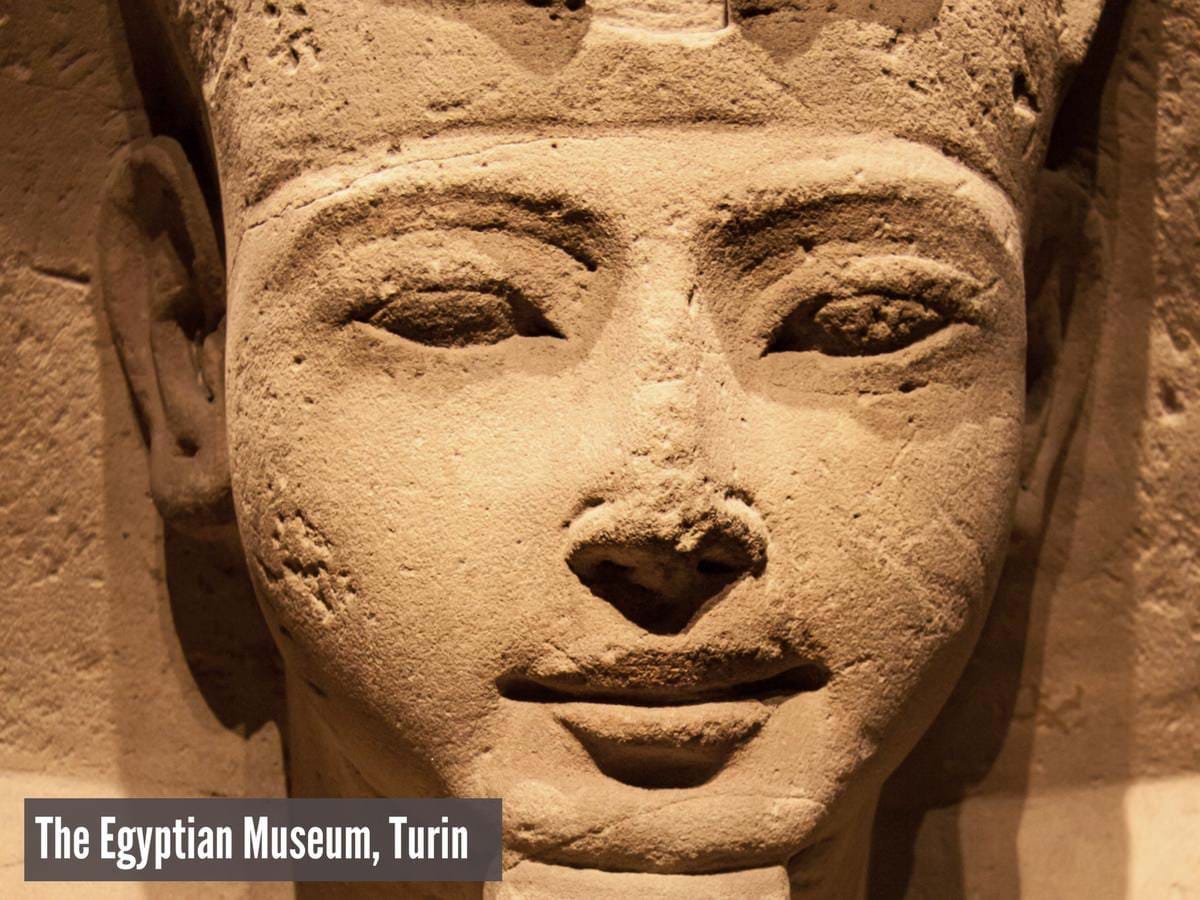 When Italian archaeologist Ernesto Schiaparelli discovered the burial tomb of Kha and Merit in 1906, it became one of the most exciting finds of the 20th Century. Their tomb was one of the few intact tombs ever to be found. The couple, already known to archaeologists, were given the most intriguing burial. Their tomb was adorned like that of the nobility, but their bodies had not been properly mummified suggesting they had a quick funeral. Kha was a chief Foreman working on the tombs of three different Pharaohs during his life, which made him and Merit extremely wealthy for a couple of regular Egyptians. The incredible contents of their tombs, their mummies included, are all located at the Turin Museo Egizio.

If you can read hieroglyphs, then you'll undoubtedly want to run your eyes over this piece of papyrus. Having said that, even if you haven't brushed up on your Ancient Egyptian reading lessons, you'll still be blown away by this prehistoric record. The papyrus is the most extensive list yet found of Egyptian kings. Discovered by Bernardino Drovetti in 1820 the papyrus was acquired but the museum in 1824.

Oh, the jewels that came out of Egypt are endless. One such treasure is a stone called Imperial Porphyry, so rare and valuable only Emperors could afford it, Popes keep it and Royalty step over it. Imperial Porphyry in Ancient Rome had such a mystique about it that the phrase “born in Purple” did not mean that you were wealthy enough to possess such an item, but that you and your family are imperial in your own right. Nero’s bathtub in the Vatican is the largest surviving piece of imperial Porphyry, the solid 7.5 meters stone tub is estimated to have a value of 2 billion! You can find imperial Porphyry in the Vatican Museums, littered with statues around Rome, St. Marks Basilica in Venice and the Uffizi Gallery in Florence.

What's On - New Year's Eve in Paris, Italy, and London